The sequel to an excellent puzzle platformer / Metroidvania

Alwa’s Awakening (review by JimDeadlock / review by me) was a tight Metroidvania ripe with puzzles and platforming, and I had much more joy with it than with Hollow Knight that I played around the same time. The world of Alwa now makes the jump from 8bit to 16bit, let’s see what this new adventure brings!

Alwa’s Legacy is a direct sequel to Alwa’s Awakening, as we find our little witch Zoe back where she started in the first game, suffering from amnesia and trying to figure out why the bad guy is still around. Just like in the previous episode, the story is sparse and nothing more than a pretext to send us on a ten hours quest, exploring every dungeon, every castle, every cave, and every platform that we may find in our way. 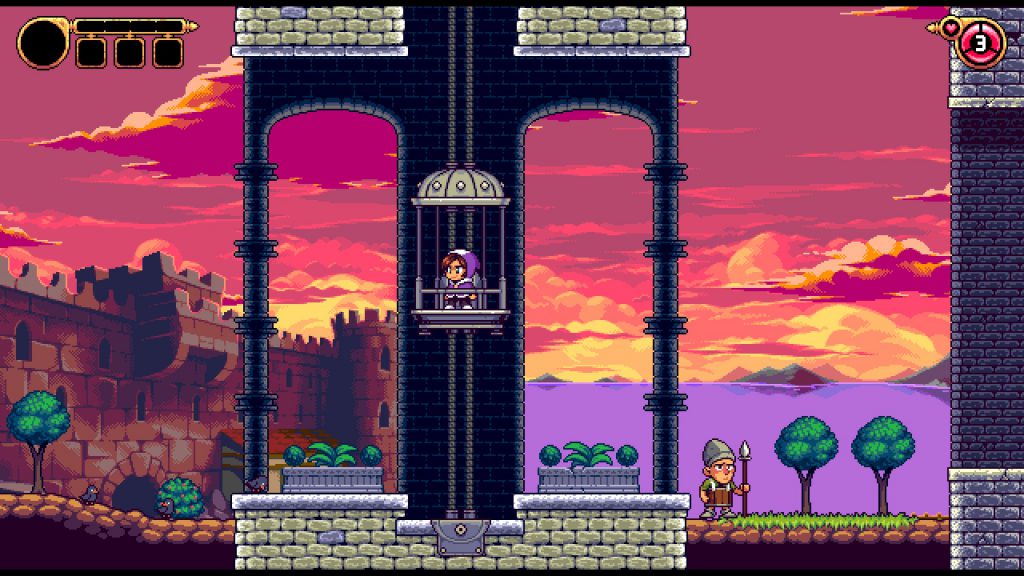 While the levels themselves are still simple blocks, the backgrounds are much prettier this time, and they improve the majesty of the landscapes that we journey across. However, while the music is still great, it didn’t benefit from a modern treatment and still feels as old-school as during the 8bit adventure. 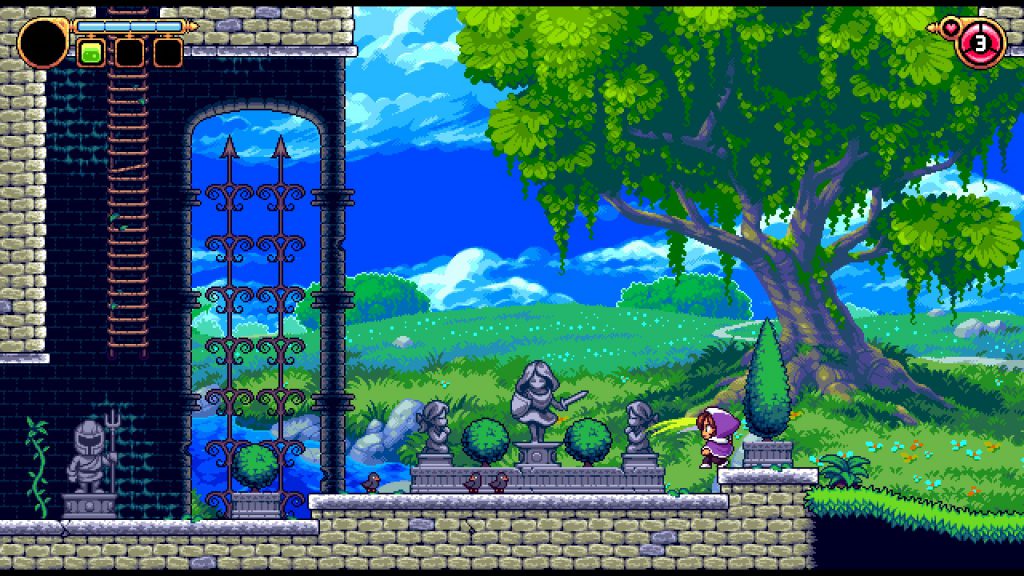 We quickly gather the three main powers that let us move around the world: a block to summon in front of Zoe, a bubble to give her an extra leg up, and a lightning bolt to kill enemies from a distance when those pesky skeletons are too far for a beating with the staff. So far, we are on well-trodden ground. Then there are upgrades to purchase, such as a floating block or bullets that shoot out of your bubbles. Finally, there are additional powers to find in the dungeons, such as the temporary ability to walk on spikes like Pikus Jesus. 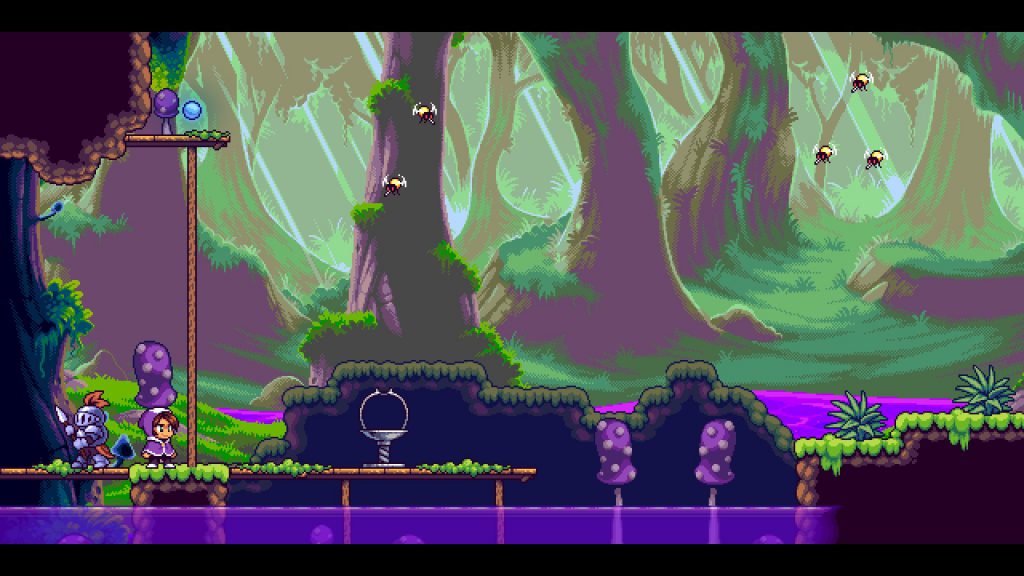 The level design is where things start to break down for me. In the original Alwa’s Awakening, I felt like every room was a new little treat. Here, there are many rooms of very little interest (although, there are more mysterious locations to interact with). Furthermore, whereas I found that the game was gently nudging the player in the right direction for half of Alwa’s Awakening’s adventure, in Alwa’s Legacy we are quickly left to our own devices without knowing where it makes the most sense to go next. An NPC had the guts to tell me “If you feel lost, you can check the map,” but that didn’t tell me which one of the many undiscovered areas was the right path. I wasted a lot of time backtracking from one place to another until I realized that I could unequip the upgrades purchased for my spells and reassign points in a way to obtain another power. Then I tried the floating block in a new area, thinking that it was my new destination. However, the noxious waters dissolved my block, and I was left scratching my head and backtracking. Finally, I realized that one of the dungeons plunged in darkness was still unexplored, and tried my luck there. Boring platforming in the dark with blind jumps, absolutely not fun. 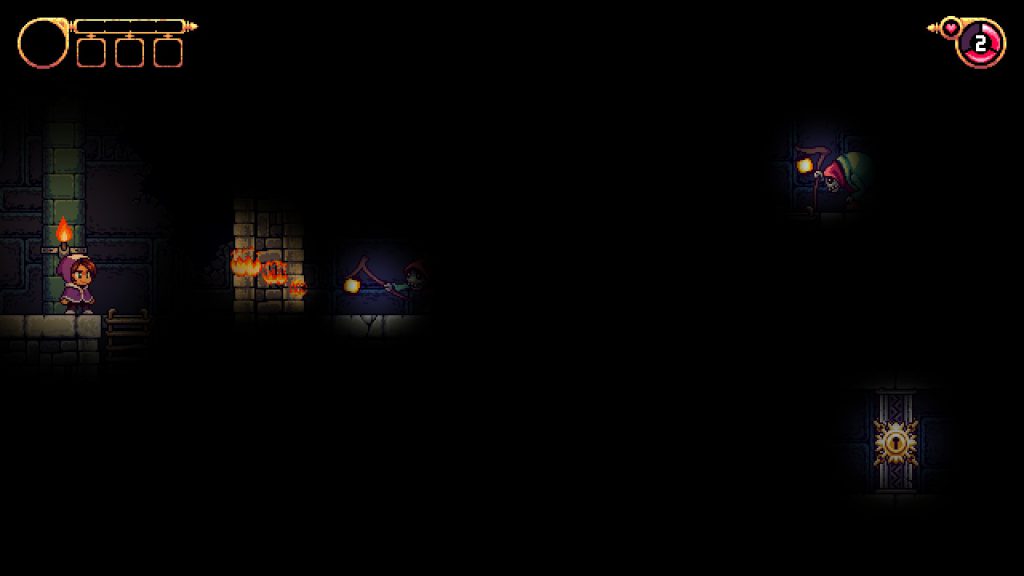 An improvement from the original Alway’s Awakening are the frequent save points. There are also specific items to find, the “tears of Alwa”, that can add a Warp/Teleporter function to any save point, letting players position their own fast travel routes. This is very cool, although I wish that there were a few more default warp points to alleviate some of the early backtracking. 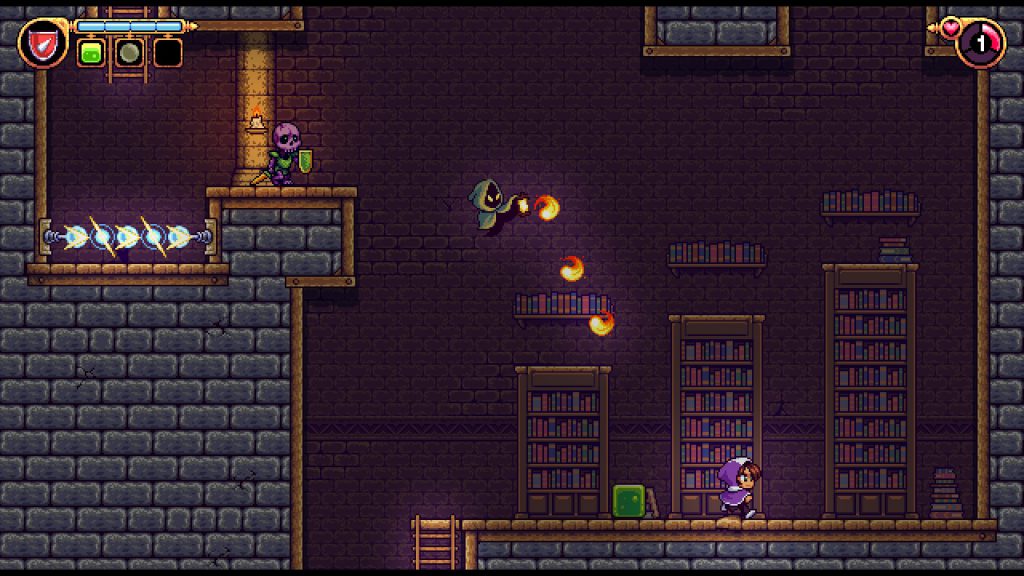 While Alwa’s Legacy adds to the depth of its predecessor Alwa’s Awakening, I didn’t find it as tight and enjoyable. I can even say that I wasn’t much enthused by this game; darkness in dungeons and a focus on non-linearity were flawed ideas, and the experience was too close to the original to truly feel fresh and new. Still, if you absolutely love the combination of puzzles, platforming, and exploration, Alwa’s Legacy remains a good game, but I’d recommend the first title over its sequel.