Ever wanted to see how dysfunctional superheroes can get? Now you can!

Sometimes the Best Superpower Is Being a Normal Person

Superheroes and ‘normal’ have never been concepts that gel, something writers have been aware of since the very beginning. That’s why there’s always some supporting character that brings normalcy and acts as a surrogate for the audience. You have your Jimmy Olsens, your Alfreds, your J. Jonah Jamesons (okay, maybe not that last one). But sometimes being that rock isn’t all it’s chalked up to be either, and as Sudd City Adventures shows, sometimes superpowers include being super-whiny too. 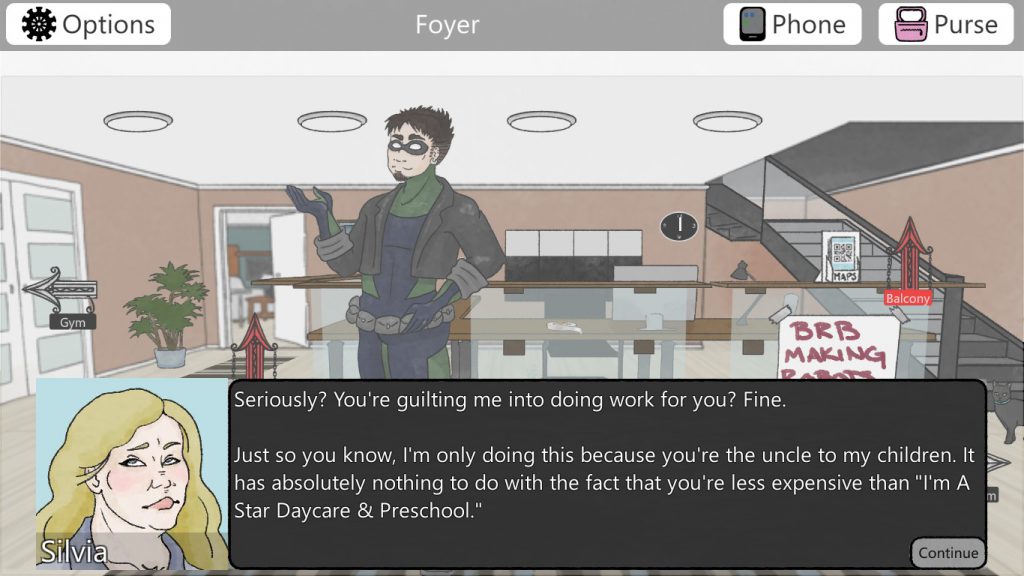 You play as Silvia, mother of two and FBI agent working in the titular Sudd City, a place full of superheroes, enough of them that she’s in charge of ‘superhero relations’ for the city. Those two jobs in practice are pretty similar for her, and while some previous escapades are mentioned the adventure in the title comes off a bit sarcastic, since the conflict revolves around your brother-in-law Al having some jewelry stolen off his costume. Who could have done such a horrible deed in a house of superheroes? 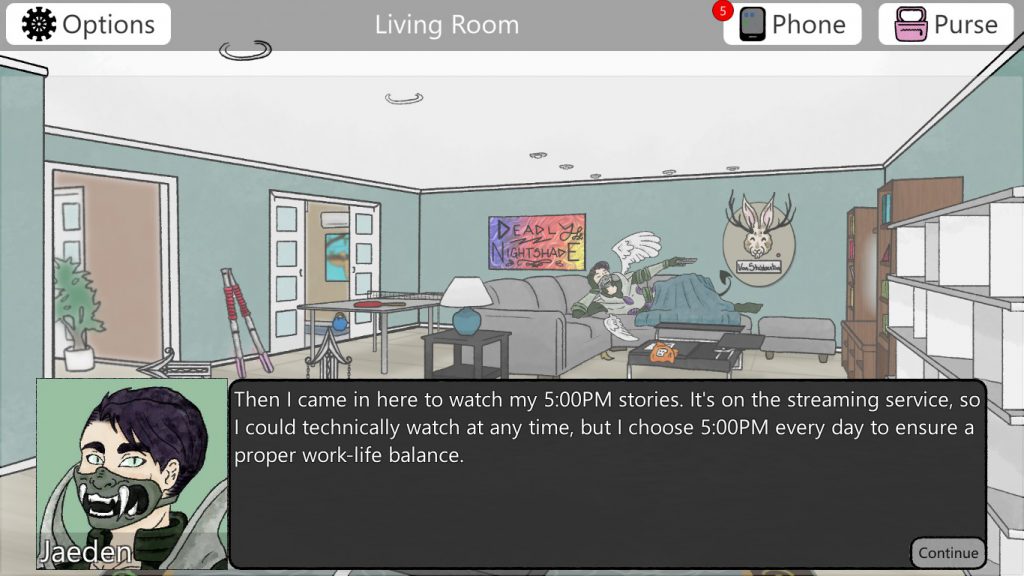 Well, as you explore their house you may certainly wonder, if only because a premeditated act could seem a bit beyond some of them. Al’s sidekick is busy trying to fix their legally distinct rhythm game machine, the mayor (also a superhero) is taking an off day on the coach, and the science team is busy making a robot that orders take-out. Even the most level-headed among them has a worrying obsession with reptiles.

As you can probably glean, Sudd City is a very light-hearted game, which I don’t mind from either a point-and-click game or a story about superheroes. The game is pretty funny, with jokes ranging from one-liners or wordplay when clicking random objects to stuff that takes more setup when speaking with other characters. This is a three-person project as far as the main work goes, and I can tell it’s people who do like the genre and know what’s silly about it, from secret identities to ludicrous plots like amnesia, to how inconvenient superpowers would really be. 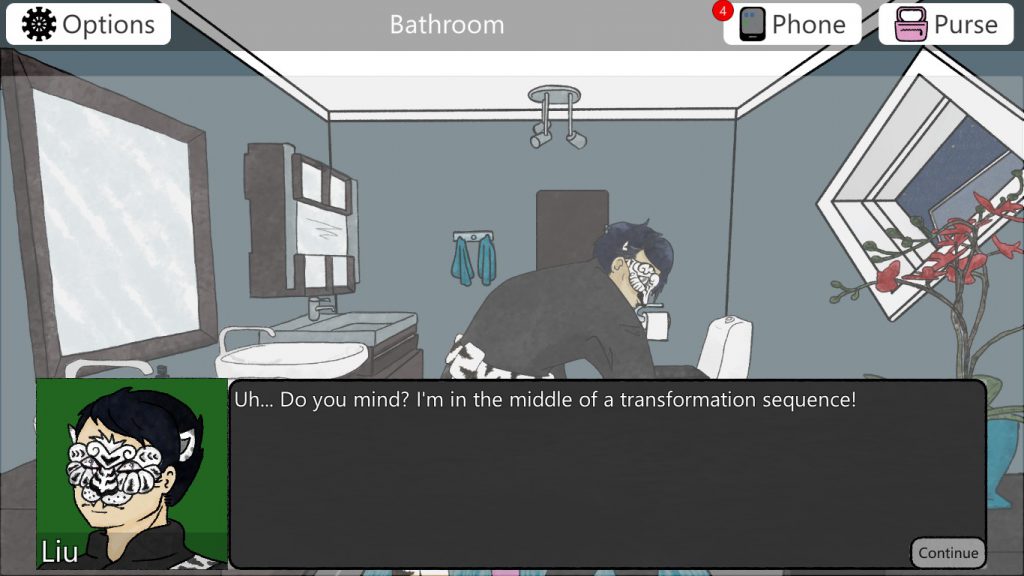 Since it is a three-man project though, as a point-and-click Sudd City is pretty basic. Gameplay consists of walking around talking to the various members of the superhero house, asking them questions, and picking stuff up. Puzzles are quite simple too, boiling down to having the right item or relevant information when you talk to someone. You can’t even use items from your inventory manually, just look at them.

But simple doesn’t mean bad, and I’ve played much worse games than this, and there’s something to be said for a point-and-click that isn’t too obtuse. It has likeable characters, the world and backstory seem interesting, and it’s refreshingly brisk at about an hour of gametime (which I don’t mind too much for this kind of game. They seemed to promise more of this setting at the end, and I wouldn’t mind seeing more at all. I give Sudd City Adventures a Save.