Korea’s independent game scene is still rather new, so whenever one of them pops up on Steam it’s interesting to see what they put out there. PIVO, an unfortunate amalgam of pixel and voxel, uses 2D and 3D perspective switching to solve some puzzles. Straight from the Busan Indie Connect Festival, this game has a cheerful aesthetic.l But exactly how cute does a corgi have to be to carry a game? 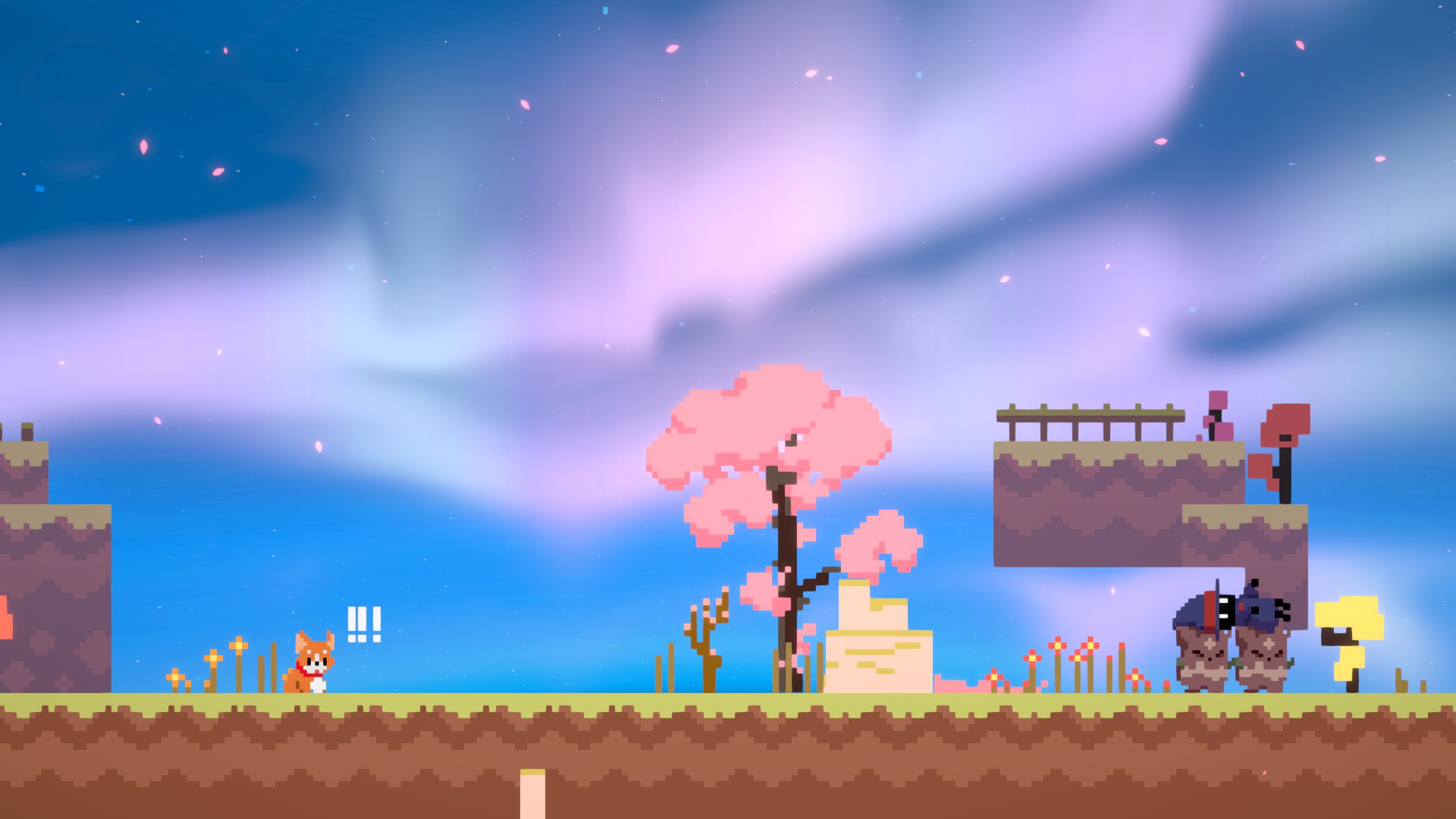 A Dog, a Stick, and Some Blobs

The story opens with the lead pup playing fetch with his owner. Then the owner gets kidnapped by cute little tree people and drops his staff in the process. There are some weird translations, but mostly the story just waddles to a conclusion without much fuss or interest. The staff allows the corgi switch between a 3D world and a 2D one. Doing so allows the player to cross gaps, collect coins, press switches, and eventually leave the level. There is on jump mechanic in PIVO, so the focus is just on teasing the brain with puzzles. 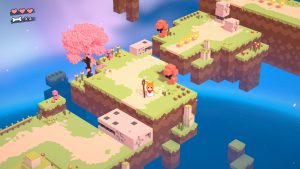 Some of the applications of the switching mechanic are clever. With a simple button press, the player becomes stationary and a glowing column shows the area that will be transformed into 2D. The column can be dragged only back or forth, no rotations or 4 directions here. While the beginning puzzles are easy enough, demanding a simple gap close, the game quickly amps it up. 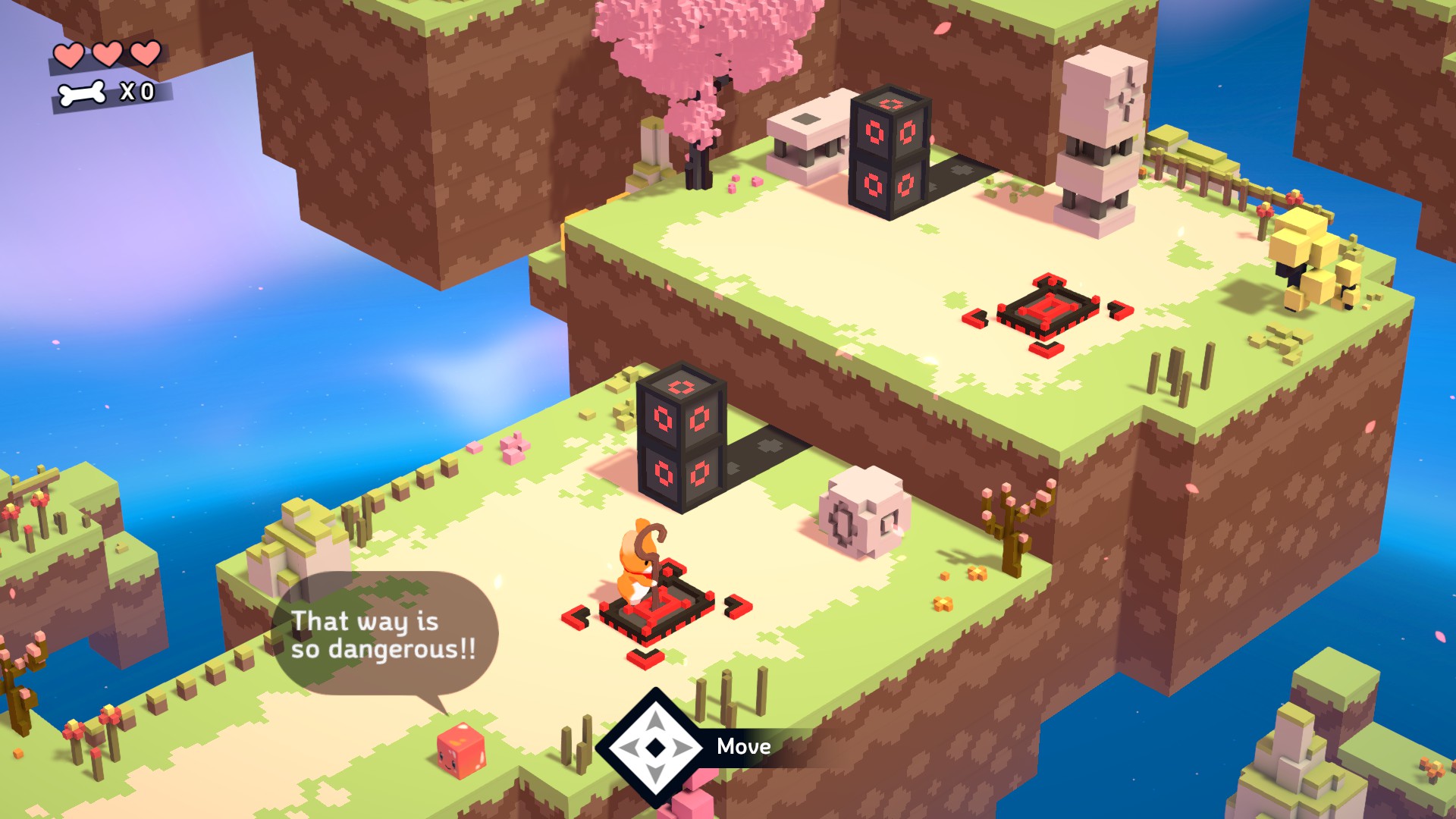 The meat of the game lies in the perspective switching. The first obvious one is that the range of land you convert to 2D has to become precise quickly, and along with that the player has to keep track of where they step. For example, if there is a platform on the right that you need to get to, you should make your 2D plane start and then drag it to the left until you have the proper platforms to climb up and reach the desired location. If that sounds a bit clunky, it’s because it is: there were many occasions where I would find myself on the precipice of reaching the end of a level to return to the 3D world and find my poor dog writing around in the air where there is no platform to stand on. 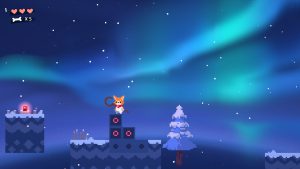 The game manages to put a handful of good spins on the base mechanic. There are pressure switches that shift the land of a level. However this mechanic is rather underwhelming as once a button is pressed, it cannot be pressed again, so there is no need to think about rearranging levels multiple times or in a certain order, just press it and move on. There are also movable pillars, bombs, enemies, and a battery charged stunning device. It’s a fairly healthy mix to give the game a sense of growth considering its length. 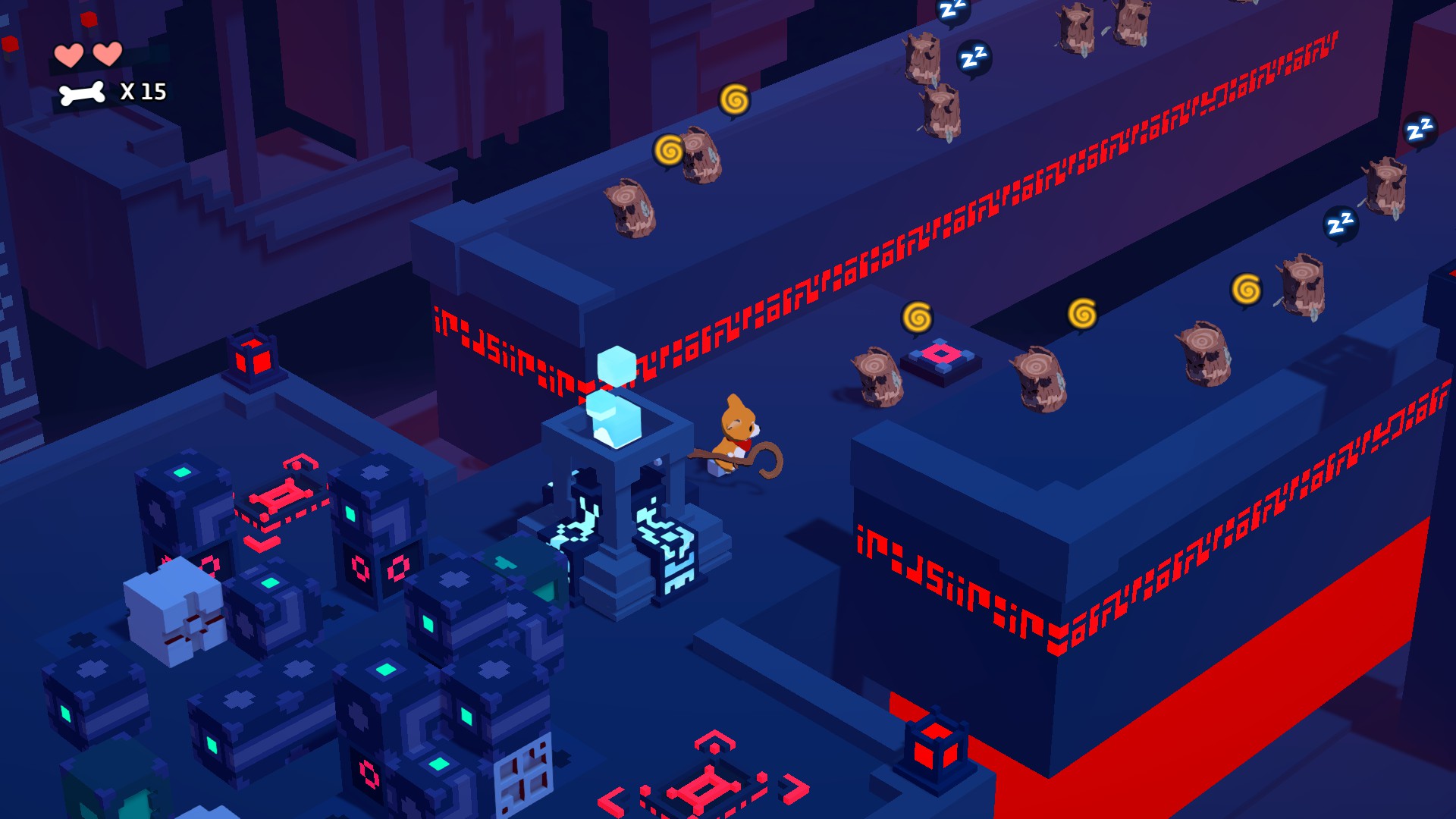 PIVO never quite feels smooth or novel. Having to drag around the area to switch perspectives never became comfortable: there were so many times in the game where I thought I hit a bug, only to later find out that I had just dragged too far or had made the zone in the wrong area. As more of the mechanics piled on I enjoyed them cautiously as I knew the real challenge would be figuring out where to make my 2D zone. Some sequences require multiple switches, which gets confusing and tiring. The use of hearts also made things frustrating. A few falls could make an arduous level that much longer. The later addition of enemies also created more opportunities for this to happen. 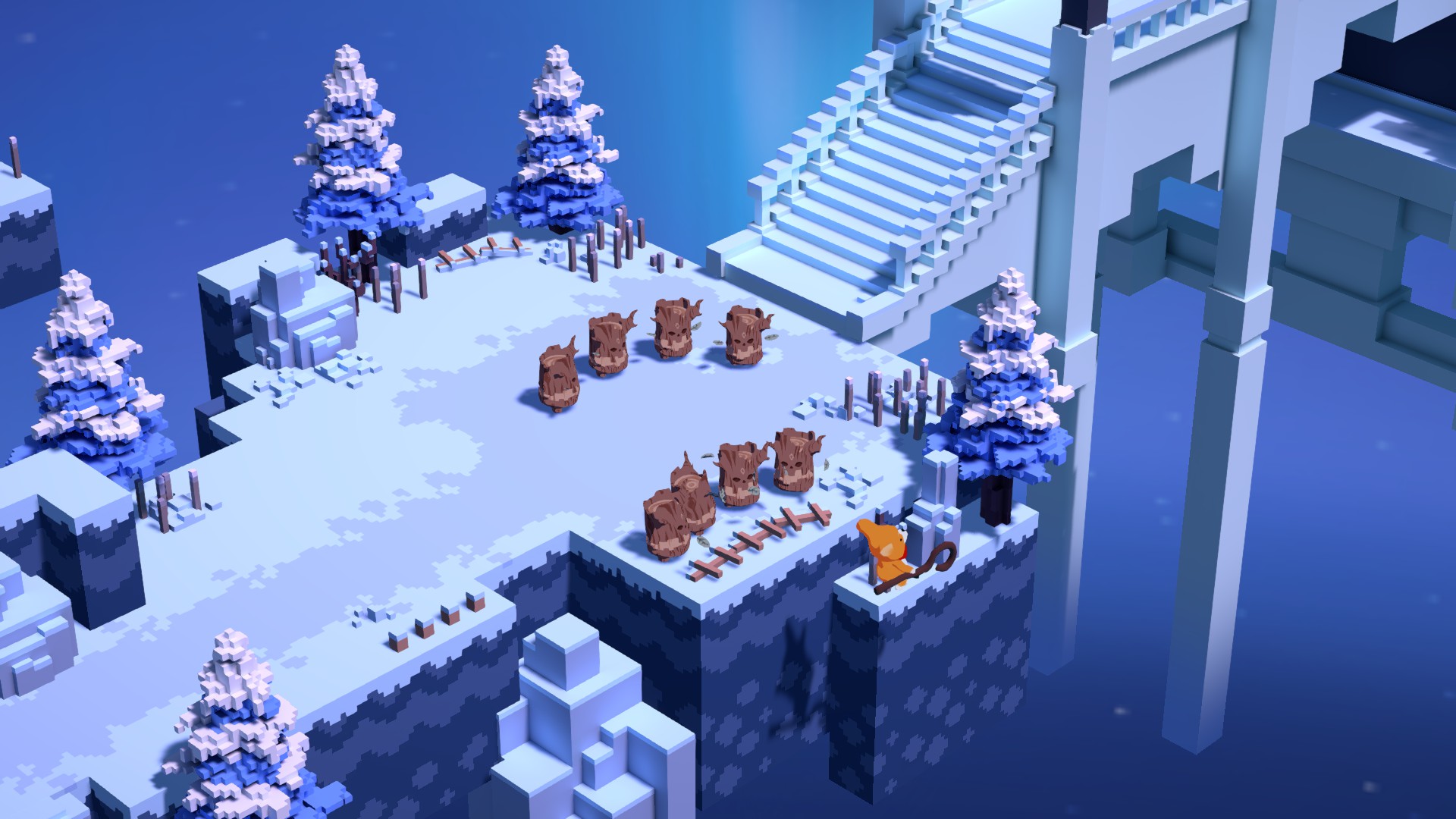 PIVO is bright-coloured, full of whimsical pianos, and a few good tail wags. For all its dimension switching, PIVO is just lukewarm. Some of the puzzles are good, but the game ends suddenly and with few of those moments to enjoy. It is a solid entry and the