Cloak and Dasher is a promising entry to speed-running platformers that feels great to play but is yet very thin on content and dynamic leaderboards.

Cloak and Dasher is a 2D platformer focused on speed. Levels are very short and organized into sets and your objective, more than simply completing them, is to complete them as fast as you can.

This is a great example of a game doing a lot with very little! There are very few mechanics and enemy types, but what is already there is more than sufficient to make a very fun game.

The game has been released in Early Access little over a month ago, so you can finish every level in less than 40 minutes, and the leaderboards are still too crude, but I’ve enjoyed it quite a bit, so far. The developer also seems very open to feedback from the community, although the said community is somewhat problematic at the moment – the steam forums are empty and the server discord is populated with the absolute top players which make it a bit difficult for beginners to enter, in my view. These problems are both solvable and acknowledged so they shouldn’t discourage you just yet!

As far as platformers go, the game is very minimalist. You have a jump and a dash. That’s it. There is complexity, however, is how the character interacts with the environment and in chaining these two moves can be chained together in the air.

The levels also add a bit more complexity with different enemies, hazards, and the like. Dashing into an enemy will kill it, resetting your air jump, dash, and giving you an upward boost immediately. Collecting gems does too, and gives you extra time. It also has enemies which will kill you from the front, key-carrying bats (to unlock the exit), springs, and lots of spikes.

As I said, it is simple. But it’s extremely satisfying to nail a level down. 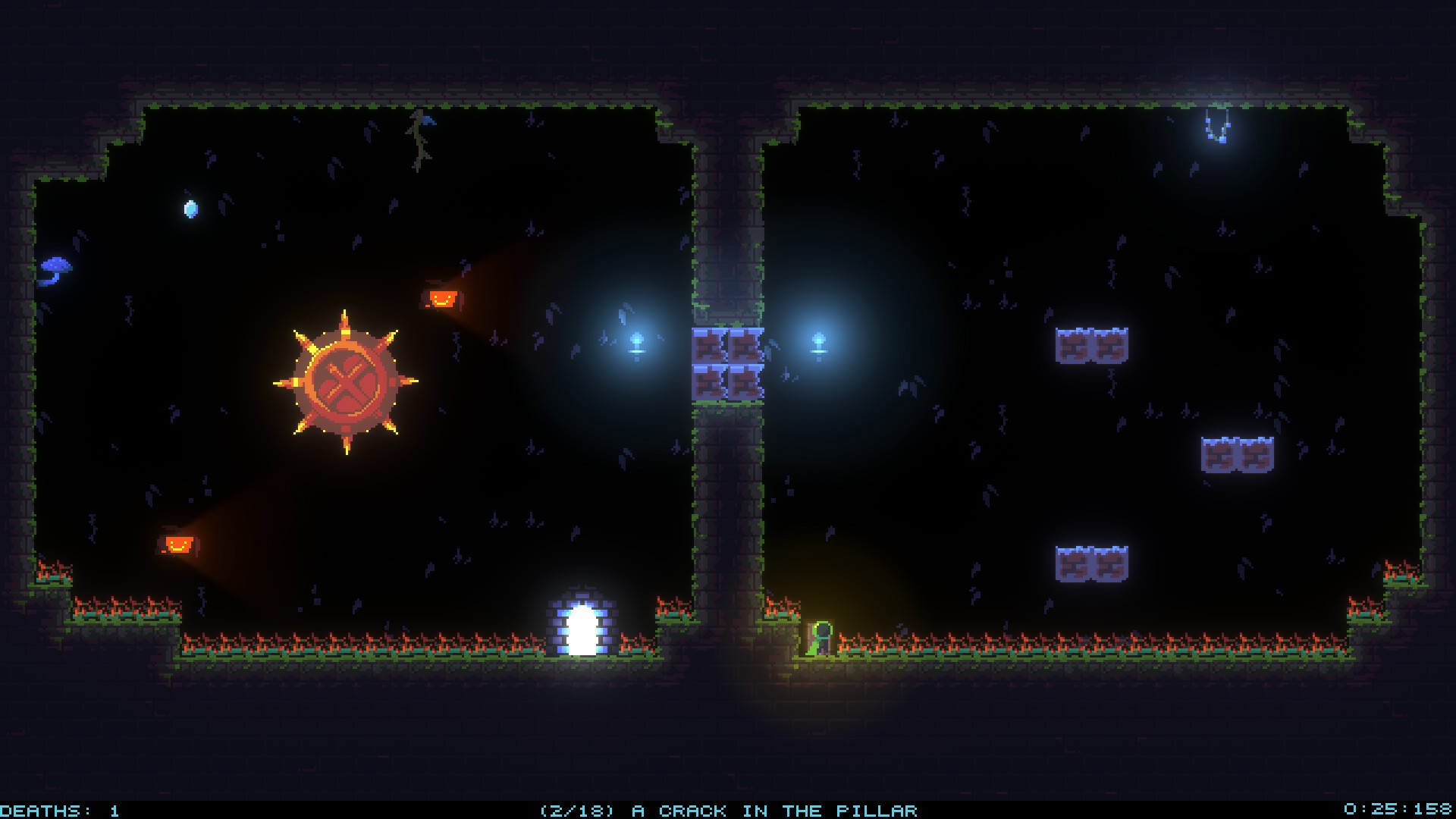 Currently, the game only has 47 levels. This may seem high, but not when you consider how short they are, as most levels are confined to a single screen and often taking less than 20 seconds to complete. That is, if you’ve already mastered the mechanics!

The levels are organized into three “sets”. One with 19 levels, one with 10, and another with 18. I don’t have much to say about these. Although you can compete on a single-level basis, the game is built around completing an entire set at once and being scored for the complete performance.

There is an important aspect to the shortage of levels – there isn’t really enough to naturally grasp the subtleties of the movement. What I mean by this is that playing through every level once isn’t enough for you to become comfortable with physics. This can be overcome by replaying levels, what speed-running is all about – but I’ll write later about this and why I am currently not into the repetition just yet.

The second update supposedly made some levels easier, but I suspect the lack of levels is the main culprit. I completed all the levels without too much of a problem. Sure, I died dozens of times, but no level felt “too difficult”. Some, however, seemed to require very precise movement – the kind that requires intuition about when to press or let go of a button; intuition that can only be built by playing for several hours. 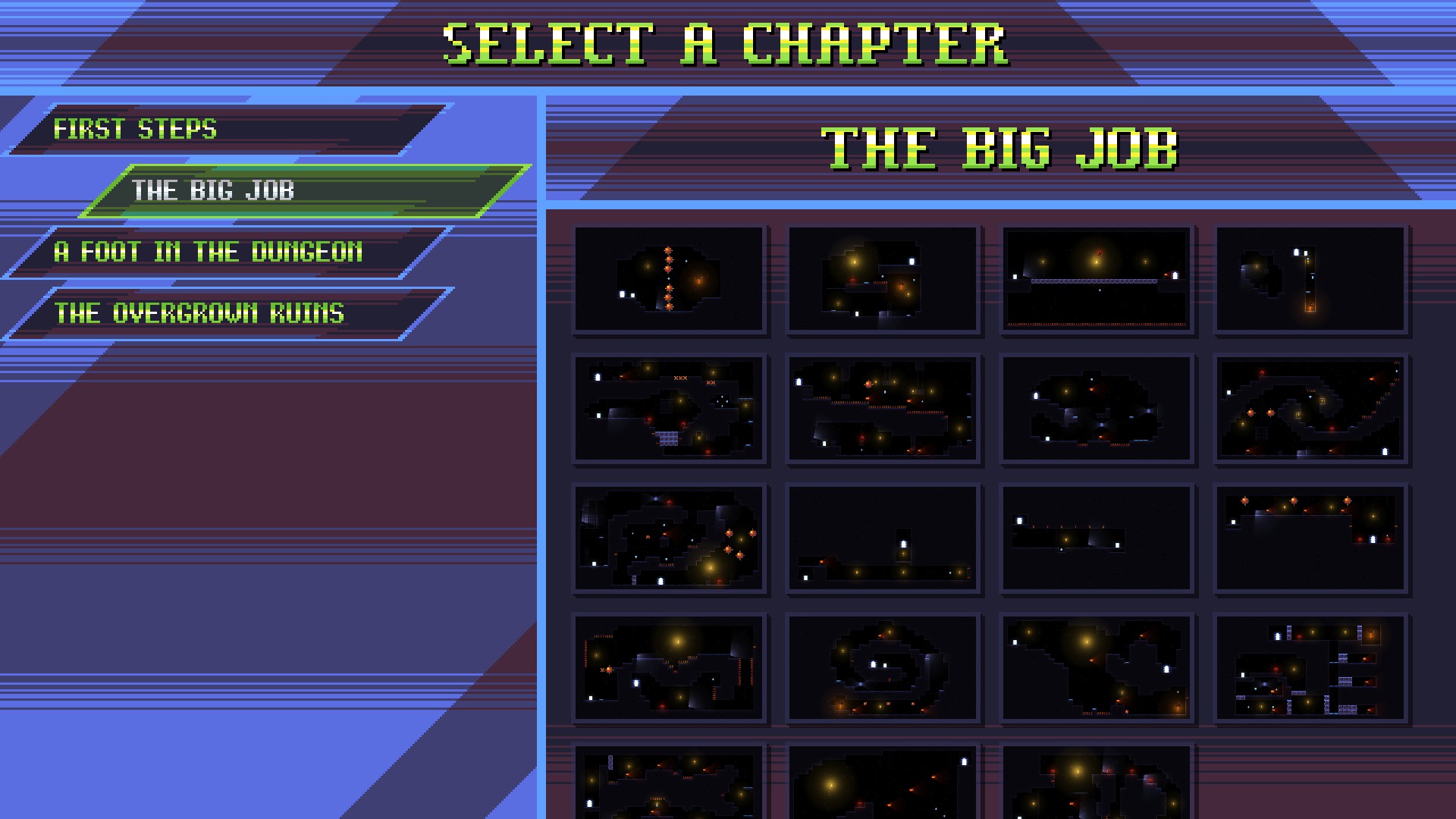 This is the biggest problem in the game, for me, as it is right now. I’ve written in the forum about it and the developer is aware of it and already working on it, so take that in mind!

As it stands, the game only shows you the level “leader”. This is rather discouraging since their score will seem unbeatable – when some players already have 20+ hours and you have barely 20 minutes. It is also unlikely that you will do much better if you’re not a speed-runner (which I’m not).

A medal system and more local leaderboards (with the players around you besides the absolute top players) would be welcome additions. Ghosts would also be great. These will probably come in time, but you may want to wait and see how the competition systems develop if they’re relevant to you.

One last thing I’d like to mention is the possibility of a split-screen versus mode.
Some of the most fun I’ve had with Super Meat Boy was racing a friend of mine. We had similar playtimes, so we could play against each other without a massive skill difference. This was far more compelling (to me), than competing against random strangers from the internet!

I, unfortunately, don’t have much to say about Cloak and Dasher, because there isn’t a whole lot to the game just yet.

But I *can* say that what is there already feels great to play! It is missing many features (on the competitive and content sides) but the core was surprisingly enjoyable. If you like platformers with a focus on speed rather than difficulty, I’d definitely encourage you to keep your eye on this. 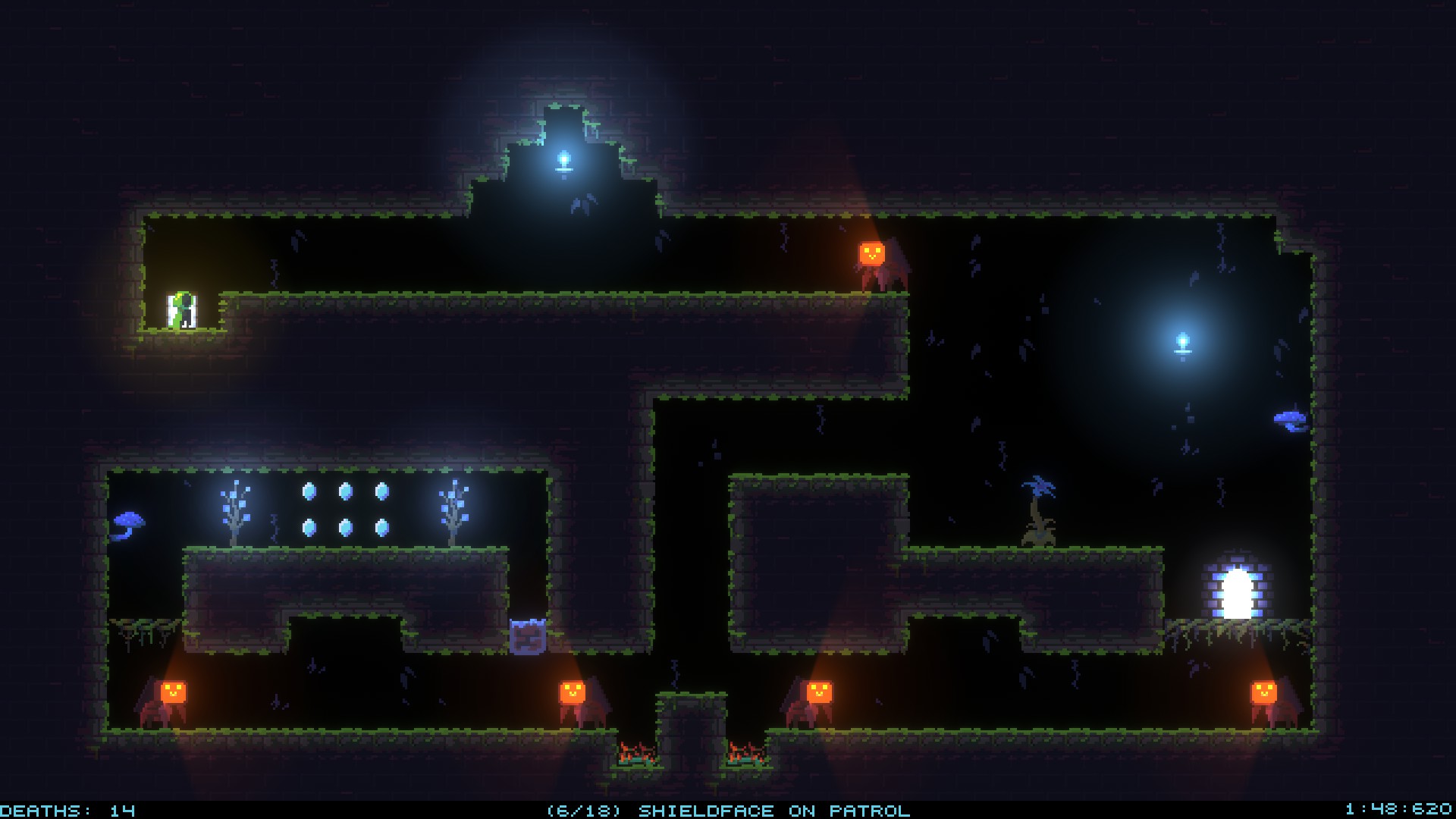