A Pokemon-inspired game that successfully set itself apart.

After being disappointed with Pokemon Sword and Shield (SwSh) and deciding that I won’t pick up any future Pokemon games anymore if it refuses to improve, I decided to set out to find another monster tamer/collector games out there. Yeah I’ll miss catching my favorite Pokemon, but SwSh wasn’t worth $60 to me and there will certainly be other games that will scratch that same itch. So as I wait for TemTem to release on the Switch and watch it grow to decide if it’ll be worth whatever final price it’ll settle on, I came across one that uses the Game Boy aesthetic named Disc Creatures. 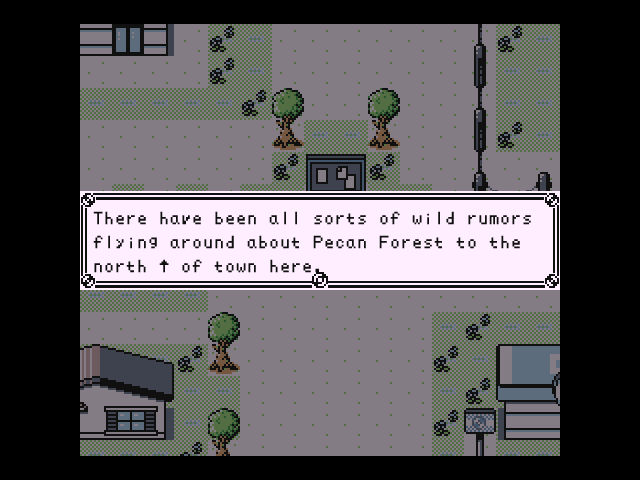 Wake up, today is not a day you’d want to start late! Once you wake up and say goodbye to your mother, who may be ignoring you, it’s time to finally turn in your application. Once you do, you’ll finally become a Disc Ranger and receive a DiscKid, which allows you copy creature data and control those copies, along with three creature discs to start out with. Now that you’re a Disc Ranger you’ll be able to help people that posts requests on your town’s billboard. Rather than having a continuous, overarching story, Disc Creatures is episodic instead. Each episode focuses on a request someone put up for a Disc Ranger, with each being different and enjoyable. One will have you investigating a rumor about an abandoned house while another will put you against other Disc Rangers who are about to wipe out one type of creature.

For anyone that’s expecting Disc Creatures to play like Pokemon, it’s time for a couple (more) surprises. First of all, creatures here can talk and have been living and working alongside humans. They can even own their own house or business if they really want to or stick with living in the wild and attack those who are walking through. For this reason, creatures aren’t necessarily captured, but copied onto a disc. These copies can’t talk, but it’s better than uprooting these creatures lives (other than making them faint for a couple of minutes after battles). 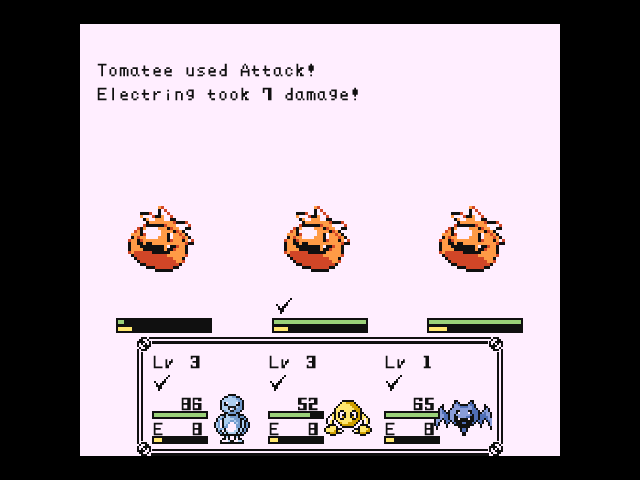 The battle system is also unique. You still have the type advantage system, but rather than having a team and sending out one at a time, you’ll only be able to have three and all of them will be battling together against 1-3 other creatures. Each turn, you’ll queue up everyone’s action and see it play out. However, there are limitations. Each creature has an energy gauge with each attack will deplete depending on how powerful it is or if it has a secondary function like afflicting an error (or status effect) like paralysis. How much each creature starts a battle with depends on the level, but it stops you from just going all out with your most powerful attacks. The reason being that if the creature doesn’t have enough energy to use a move, they’ll have to recharge. However, recharging will leave the creature vulnerable, guaranteeing criticals so you’ll have to take that risk or have a creature that has a move to protect another. This also means your opponents have to recharge too, so you can take advantage of that. There are items that will heal and give energy, but creatures can only use items every other turn. This makes battles surprisingly difficult, which is refreshing after playing the super-easy SwSh. 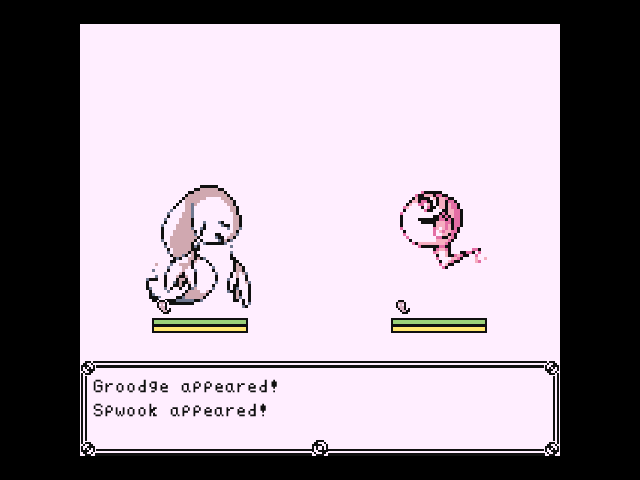 If you’re battling wild creatures and not another Disc Ranger, you’ll also have a chance at copying their data onto a disc. Each creature has their own chances at appearing and being copied so it’ll take a couple times. To increase your chance, you can buy some HiSpeed Memory and use it during battle to a maximum of five times on a creature. 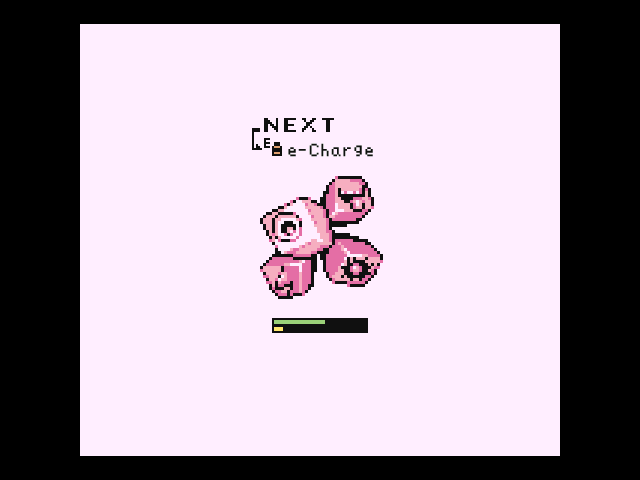 The only wild creatures you can’t catch are boss creatures. Each episode will include at least one boss creature and along with the title, each one is hard to defeat. Some attack you by themselves while others will be accompanied with others. You do have the advantage of knowing that they have a pattern though. So once you see what happens if they, for example, swing their tail you’ll know for the rest of the battle and you’ll also be told when they’ll recharge.

While creatures here don’t evolve to other forms, you can fuse other creatures together. However, you can’t just slam two together and hope for the best. You’ll need to find the recipe first, which are scattered around or require you to do something specific. 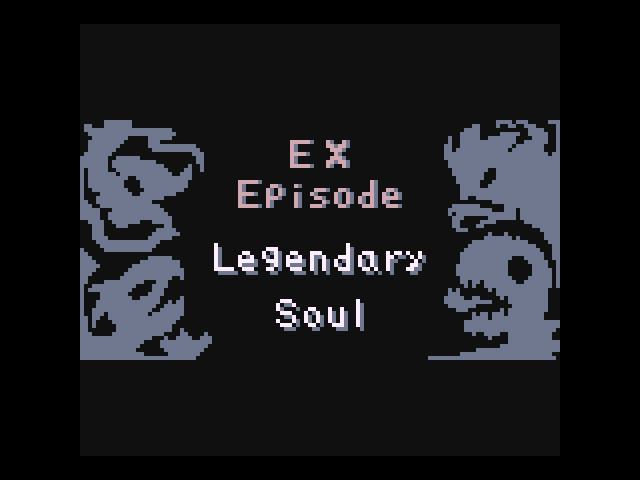 Once you finish the story, there is a decent amount of postgame content left. You have the EX Episode that has you wake up and defeat three legendary dragons to unseal another. The DisColiseum also opens up which will challenge you to defeat as many max level creature setups you can in exchange for points. Those points can then be traded for equipment or rare creature discs. You can also, of course, set out to get all 200 creature discs and find all the secrets you haven’t uncovered yet whether it’s because it was available after an episode or you couldn’t get past the obstacle at first. 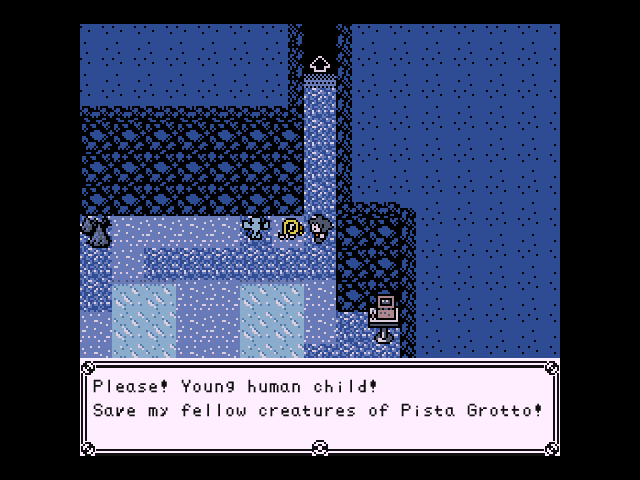 Cons wise, Disc Creatures does a good job with lessening them to the point where it’s not really a negative anymore or isn’t as bad. Like during the first episode money (or Pico) is scarce. However, this lessens as you realize (or told) that you can sell your duplicate discs for more Pico (I went from 19 Pico to 505 and later sat around 999). It certainly helps that you don’t need to buy something that lets you catch the creatures, only an item that increases that chance, and everything is inexpensive. The most expensive item in the game is actually the late-game Creaturepedia entries and the most expensive item in the DisCafe is the Reboot Capsule at 15 Pico. Another is that all new creatures start at level 1 so when you go into a new area that you have no creatures that have the type advantage you’ll have to grind to get the new creatures up so they can survive. There is a restaurant that will get them up to level 15, battles do go pretty fast, and you can use the time to get discs that you don’t have yet, but I would have prefered having them start on the lowest level they’ll appear at in the wild. This also doesn’t encourage players to try out new teams considering the time investment. Personally, this was the reason I didn’t switch out my team much. I also wish there was somewhere in-game that you can check what each error did and that the creature types didn’t disappear if they received an error.

Thoughts on creature designs are going to fluctuate from person to person though. I might have been more inclined to having them grow on me as I got further into the game, but someone else might not find them appealing at all. If the designs are not your cup of tea despite liking how Disc Creatures sounds, I totally understand if you decide to not pick this up. 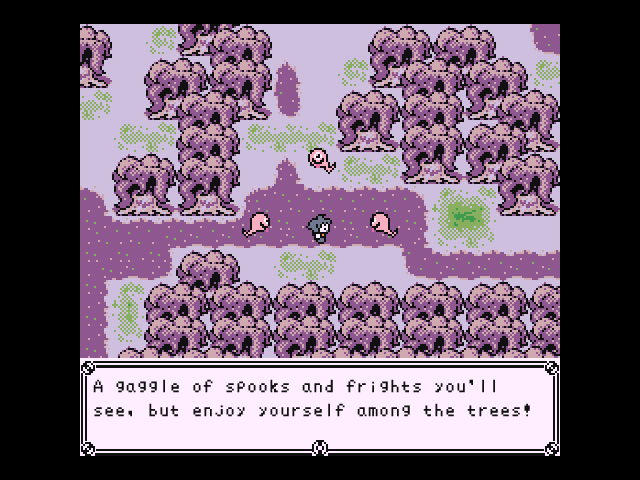 I may have started Disc Creatures expecting a Pokemon-like game, but I quickly came out of that mindset. Disc Creatures does enough to set itself apart while also making it enjoyable to play through. The episodic nature fits well as each will introduce you to a new area, new characters, and different aspects to this universe as it can get surprisingly dark at times. I will say that Episode 2 completely won me over as it managed to unnerve me despite its graphics. If you’ve been looking for a monster collector that is difficult and like the Game Boy graphics and the creature designs, Disc Creatures is definitely worth picking up. Even if you decide to not do any postgame content or not collect all discs, it is still worth its price.