A scrumptious looking roguelite to whet your appetite

My Steam library was looking tidy with the separate categories of “top-down shooting roguelites” and “ food-related games,” but Deadleaf Games just ruined that with the release of Eating Sound End of the World. There will be procedurally generated levels, twitchy shooting and game over screens in addition to all the horrors of food this game summoned. But what keeps Nom Nom Apocalypse from being just another flavor of the month? 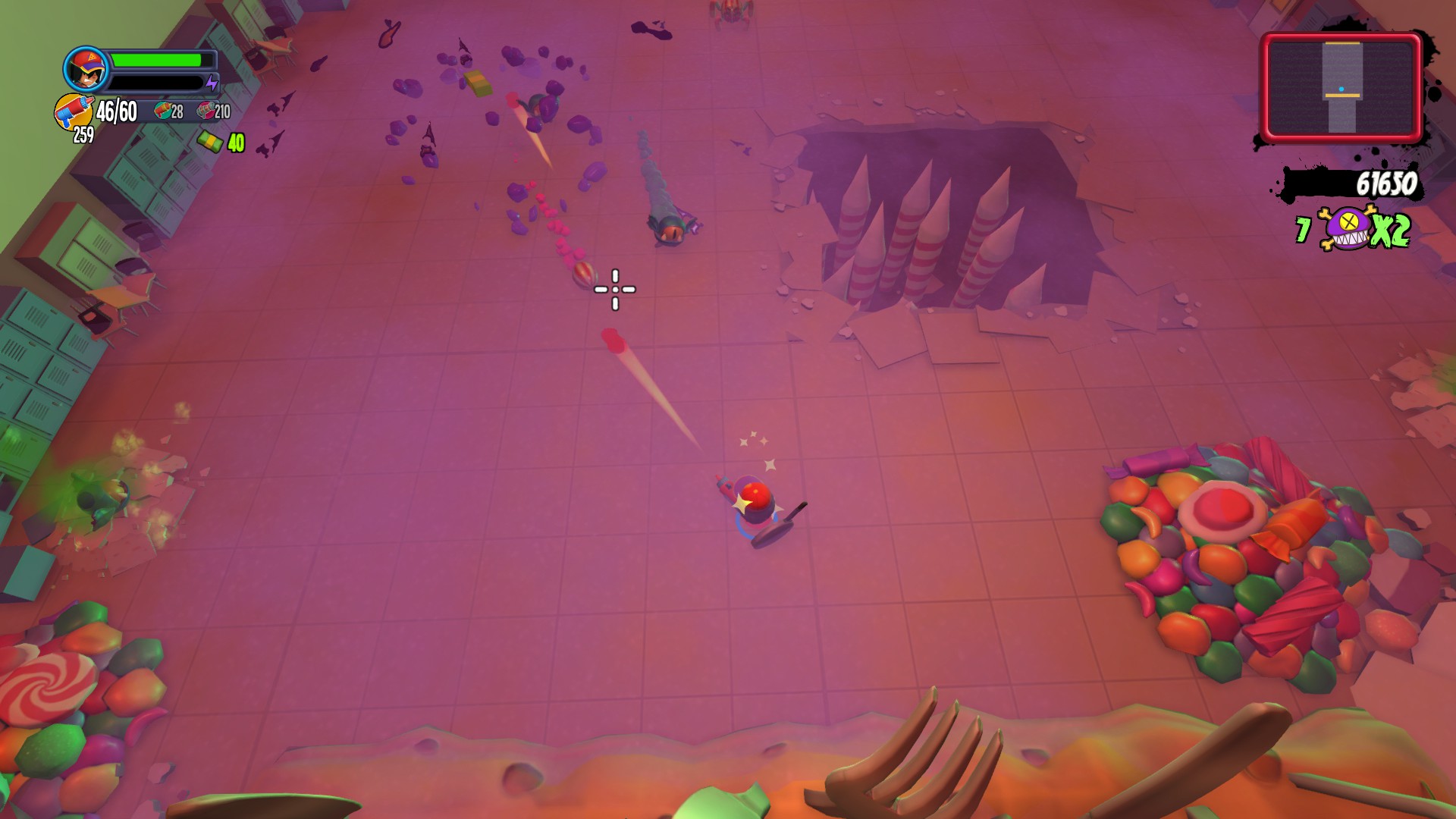 You might find yourself cornered by a horde of charging dumplings, but if you can land a good throw of your chef knife you can regain some health and let the fire trail of your dodge take care of your kiting needs. And it’s with 3 chosen perks and a character’s passive ability that make moments like this possible in each run. The shooting in this game is tight and there are a lot of colorful weapons including peppermint shotguns, ice cream cannons that freeze enemies, or my personal favorite, the automatic rifle known as the Hummus Hummer. Only 3 weapons can be carried at one time and ammo is limited on each. If you run out of all your ammo, you will have to rely on throwing chef knives that are decidedly weaker and slower, but they can also be used to retrieve pickups in the distance. 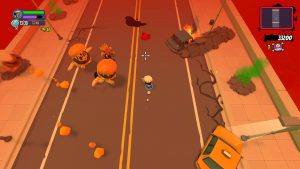 The outlandish weapons fit well with the theme and offer some variety, but weapons in the same family tended to feel similar: for example, the chocolate shotgun and peppermint shotgun seem to be identical in ammo/clip size and power, but the ice version adds a chance to freeze. Luckily each weapon will have a separate ammo pool even if it is in the same family. It’s a small note, but there is even more flavor to be had with the characters and perk system.


In this top-down roguelite dodge rolls only offer a speedy escape, but no invincibility frames, unless you choose to pick up the perk that grants you invincibility during dodge rolls. There are a handful available for purchase at the perk store in the beginning and more are unlocked as you complete a level for the first time. The perks are purchased with money that enemies randomly dropped. Some of the perks seem necessary, like the invincible roll, but others seem to be rather questionable, like a set of teeth that orbit the player dealing tiny damage to enemies. The creativity is also on display here with meatball explosions, a gun-toting pigeon familiar or frying pan shields.
This money can also be used on vending machines that can be found near the end of each level. The 3 standard machines offer refills for your power bar, health, and ammo, but if you are lucky there might also be a one-time use weapon vending machine. Guns are the only way to make bacon monsters bleed though, as each character has an active ability and a passive perk to help them face the hordes of Ragunarok. The traits of the characters range from feeling underwhelming (small chance to ignore elemental damage or the active ability of some small firebombs) to overpowered (healing from chef knife throws or a hefty airstrike that punishes bosses). There are 4 characters available at the start with 9 more that can be unlocked by completing certain tasks in-game that are easily done without having to focus on it. There is also at least 1 extra character planned around launch that can be obtained by signing up for the game’s mailing list. The gameplay appeal here isn’t stacking up items and becoming overpowered, but relying solely on skill and experimenting with a limited combination of perks.

The Art of Plating

Seriously delectable presentation, especially in a subgenre that is stuck with dark, moody art direction and mostly shown in pixels. The heroes of NNA would probably get along swell with the kids from Costume Quest or the chefs of Overcooked: the overall cartoonish design really helps the game pop. Rolling around as an eye-patched Lunch Lady and blasting pastries with a candy cannon is a welcome sight indeed. The chefs all look fairly different from one another, but they don’t look as wild as the monsters they are facing. 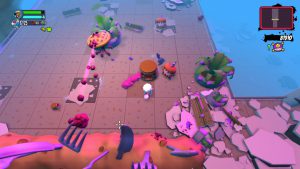 On the enemy side of design, these monsters are refreshing and original. The spaghetti monster sounds classic on paper, but seeing it summon meatball spiders in-game just brought a whole new dimension to it. The sharp teeth macarons, charging gumdrops from hell, etc. all deserve praise for being as organic looking as they are interesting. I’ll try to save the gushing and avoid spoilers, but the bosses are also really well done. The design goes beyond just looks though, as the behavior and attack patterns of enemies are fiendishly well done. The enemies also have quite a bit of variety, as I was encountering new enemies throughout my playtime. 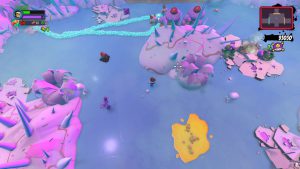 The environments are also wacky and dangerous. The piles of candy that scatter around as you run through them are a nice detail in one level, but the pile of ice in the snowy level will actually freeze you on contact. A few of the traps fit the theme of food, while others, like gas canister or battery trap, are more in line with the apocalypse aspect. The traps that litter the boss fights are especially satisfying as they keep players on their toes: the different attack patterns of a boss fight make for a tough match, but forgetting that the syrup covering the floor slows your character down to a crawl could prove to be your undoing. 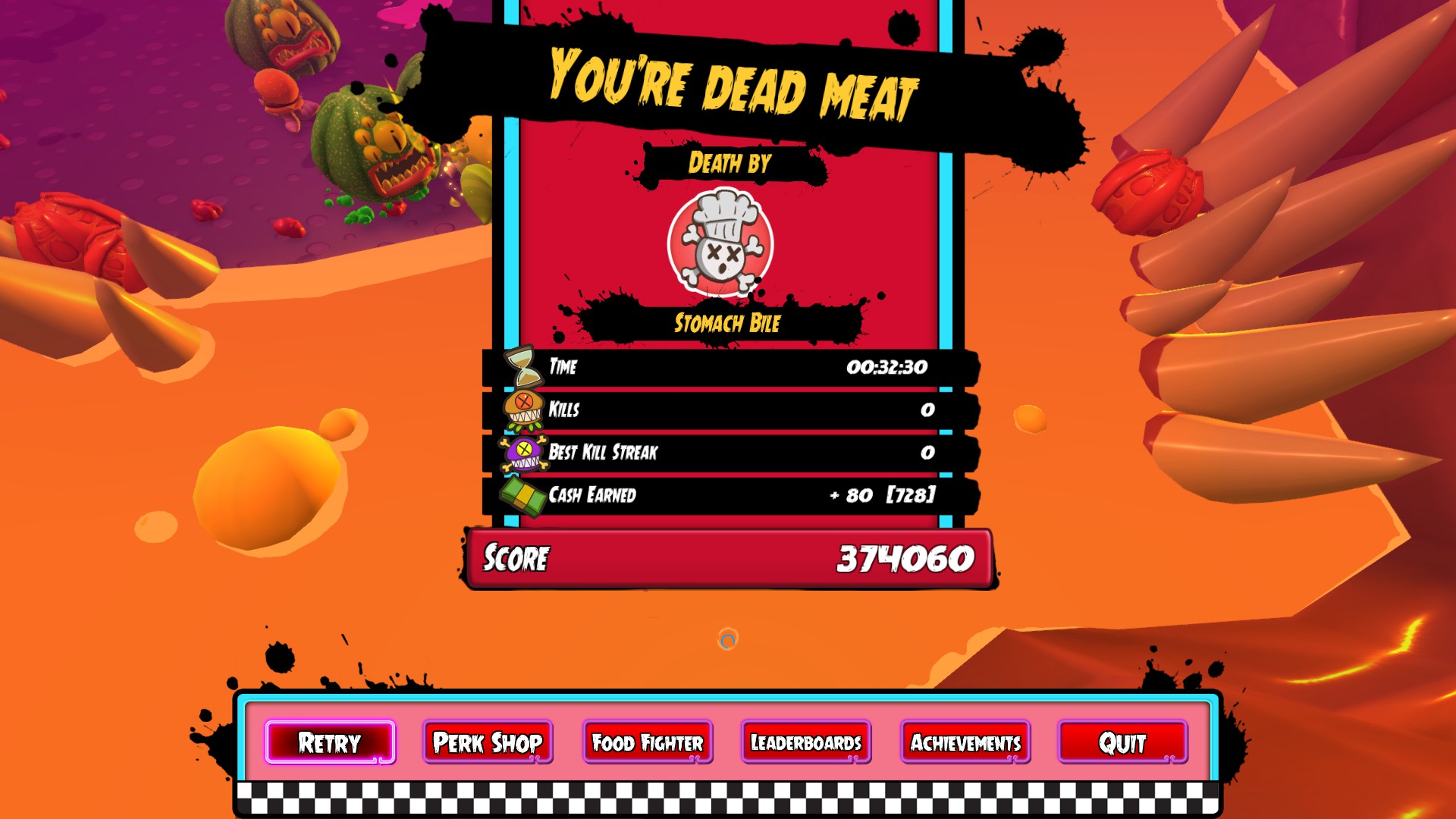 NNA has a few things holding it back from being perfect. Overall it feels less like a main course and more like a snack: the 5 levels are different from each other, but the candy world looks almost the same each time you play it. The level design is also just small: each level has around 6 areas, and it is extremely linear. It’s a weird design choice to include a locked area that makes you go over to one room, kill enemies, grab the key and come back: it may have been put in to lengthen playtime, but it really only highlights the lack of secrets, variety, mystery, or branching paths. The first and last levels are always the same, but the few in the middle change order randomly. Thankfully there are more than a handful of bosses and they switch around randomly save for the final boss. 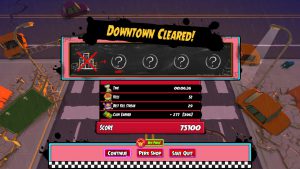 Even though saving and quitting is an option between runs, I never needed to use it: runs are done in under an hour. The challenge seems to fall off thanks in part to tight controls and useful perks: after around 2 hours of playtime I had unlocked almost all the characters and had already reached the final boss. It only took a few more tries to actually defeat the final boss. The pacing of levels just feels short and linear, almost like a series of arenas: it’s just not as exciting as other roguelites that have some amount of exploration or secrets to uncover. The perk system is great, and having to unlock them helps give players a sense of progress, but not all perks feel like must-haves. Lack of content seems like a constant complaint with this genre, but solid gameplay only keeps you hooked for so long. 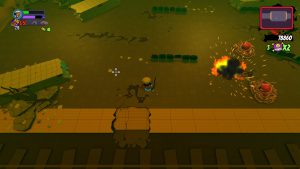 On a rather minor note, the instant death from falling off levels or into spikes feels frustrating and unfair, especially since later areas tend to spam enemies that charge and cause knockback. Most of my deaths came from being pushed into spikes rather than through a thrilling boss fight, which is a shame.

My earlier build of the game that I spent most of my playtime with had a few bugs, but again this is based on an unreleased build. Sometimes a boss wouldn’t respond to a fight (or maybe decided to be a conscientious objector?) and would just sit there as I pelted it with garlic and danced around hoping to dodge patterns of bullets that did not come. Some other minor ones include ammo not refilling or perks not staying unlocked. But I also ran into a bug that caused an enemy to be invincible on the final level and kept me from being able to beat the game. This bug ended a few great runs, but this was in an earlier build: I reached out to the dev and I received a speedy response and update, so as far as I can see these issues were patched and I was able to beat the game with no issues. If anything, this is less of criticism against the game but rather praise for the developer. 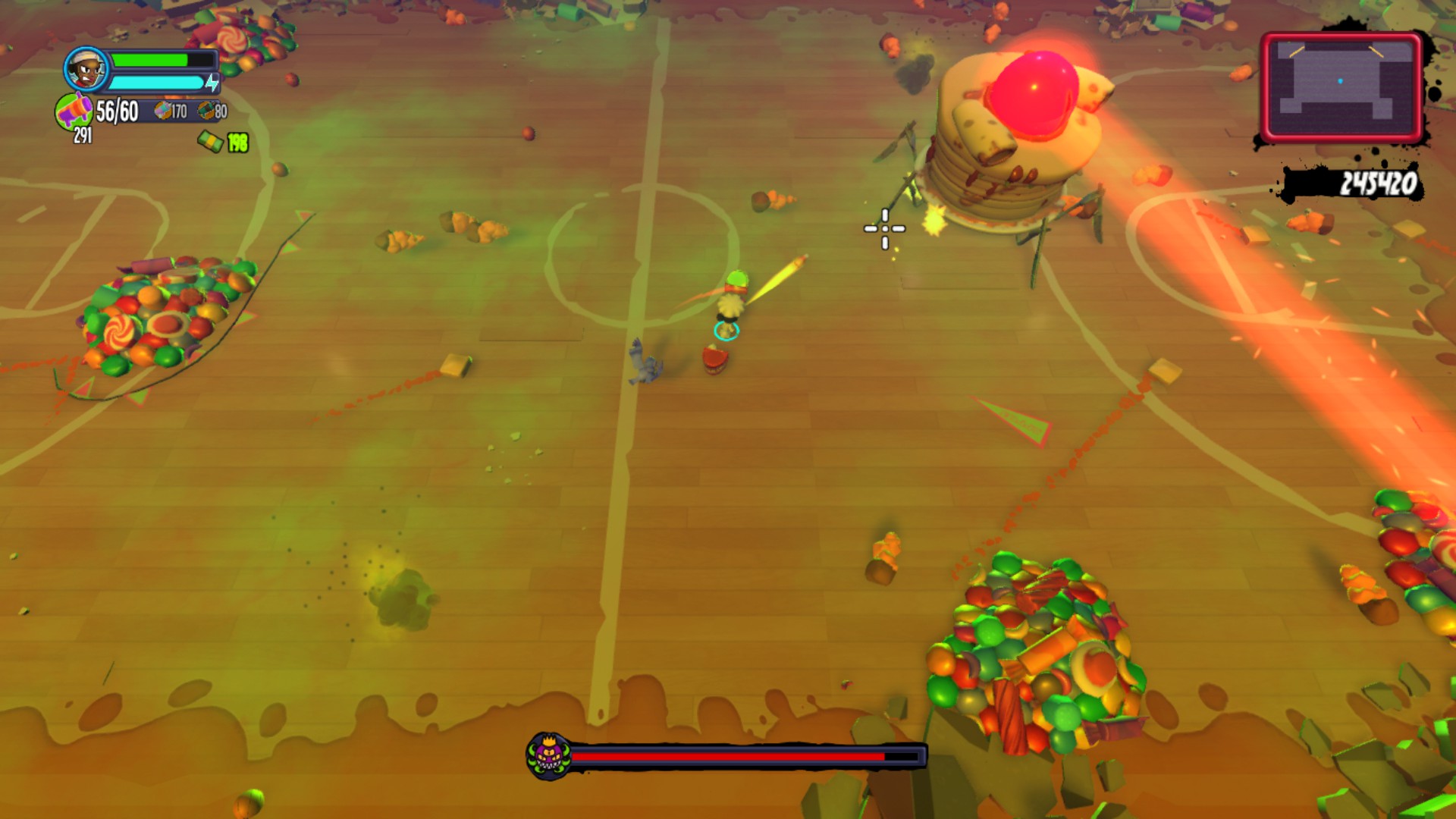 Nom Nom Apocalypse makes the end of the world look delicious. The presentation is great and the gameplay is tight and smooth. The delectable food trying to eat you doesn’t stand a chance against all the creative perk combinations and weaponized kitchen items. The art style and challenge make it possible for a wide range of skill levels to enjoy it, and though it is on the lighter end in terms of content, it is still refreshing and fun.