ARTICLE: The 5 Best Retro Video Games You Probably Forgot About

History is not great for gaming and therefore games. Million titles have been long forgotten and they will never come back. We have decided to change this. Here are the top 5 games you probably have played at some point, and then stopped. You forgot about them but now you can recall each one and play once again. You can still play all the retro games ever developed. You will have to get retro video games, emulator and play.

The Warriors is a game developed by Rockstar Games in 2005. It was based on the movie with the same name released in 1979. The game and the movie shared the same story which is leading a gang in New York and making progress in the hard world. One thing we simply must explain is music. The game has similar or better said the same sound effects and sounds in general seen in the movie. You could and you can still play the game on Xbox and PS2. Players will want to know that the game is available to play in single mode or with another player. It has great graphics and countless elements we can see in a new and modern game. Some will say that it is a predecessor of GTA and there is some truth here. Just this game doesn’t offer open world capabilities like the real GTA games. There are a lot of other similarities such as gangs, developing new skills and defeating new enemies.

Tenchu: Stealth Assassins is a rival to the Tekken game. But, this one is more detailed and more advanced. The story is set in Japan, in the feudal era and it allows you to explore various missions and complete them using cold blade weapons. You must stay hidden and in stealth mode while doing this. One thing to include is the combat system. Players found that sneaking behind the enemies and attacking them works best. Yes, you can play in standard one to one combat but you will likely lose and keep in mind that your enemy can kill you with one sword move! Tenchu: Stealth Assassins is developed by Activision and Acquire for PlayStation back in 1998. We liked the dark theme present in the game. After all, you will have to use shadows to move around so the game will assist you in doing so.

Oids is a true retro game developed in 1987 for Mac and Atari ST. The game is developed entirely by FTL games. The mission and the design of the game are simple but were advanced for the era. In the game, you would navigate and explore various caves and you would have to save robotic creatures, hostages if you prefer. There are a lot of various and modern weapons to use and there are a countless missions to cover. 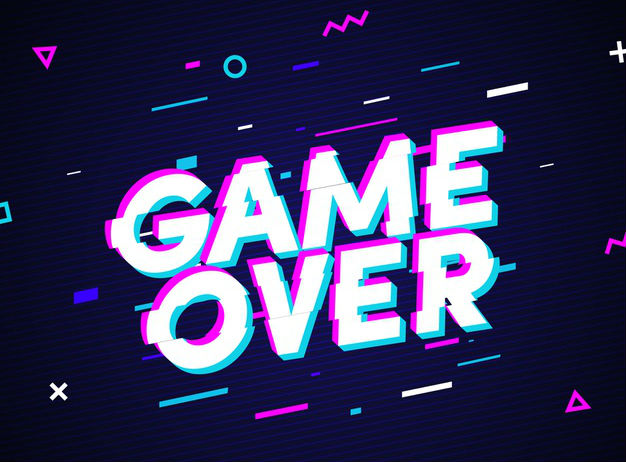 Here we have a game that was better-known as an experiment. In the game you would lead a rabbit across a ribbon and your mission is to help him avoid pitches, loops, and hoops that can capture a small rabbit. We said this is an experiment because the game allowed players to use any CD with music they prefer. The ribbon on the screen with act accordingly which was stunning in 1999 when the game was released. You were able to play this game on Sony PlayStation 1. The developers are Sony and NanaOn-Shawich released dozen of stunning games in the past. There is no need to add that the game looks incredibly simple. You get a black screen, a white ribbon and a rabbit. Your mission is to control all three and complete all the levels present.

Pyjamarama is a different type of a game. It wasn’t developed by some large company. It was developed by Chris Hinsley, a coder! In the game, you will lead a character who forgot to set his alarm and must exit the house in the morning. To help him do this, you will solve various puzzles. There are a lot of additional mini-games present here and each one is let’s just say, weird. There is no other way to say this. The game was revealed in 1984 for Amstrad, C64 and Spectrum.

We only hope that these 5 games will change the way you think about gaming. They were epic back in a day when they were released and they still are. The games are loaded with interesting details, advanced and superb capabilities but also fun to play. Many of you will know that these games inspired the gaming community and developers in making the games we have today. Keep in mind that all of the titles we presented here can be played even today.