Is copying a good game enough?

Utopia is a simple game where the player builds up a little city on an island. The objective is to gather a certain amount of points by placing similar buildings near each other. If the concept isn’t new to you, it’s simple to answer why: Utopia is a clone of Islanders.

Utopia (and thus Islanders) is not a difficult game, or one that requires levels to be beaten in a certain amount of time. Every level just gives you an objective, an island and some starting buildings, and it is almost impossible to lose. For those not accustomed to Islanders, the game works like this: placing a building gives a certain amount of point plus bonus adjacency points. The starting buildings are limited in number so, to get others, you need to get points to highen the island level and, at each level-up, additional buildings are unlocked. 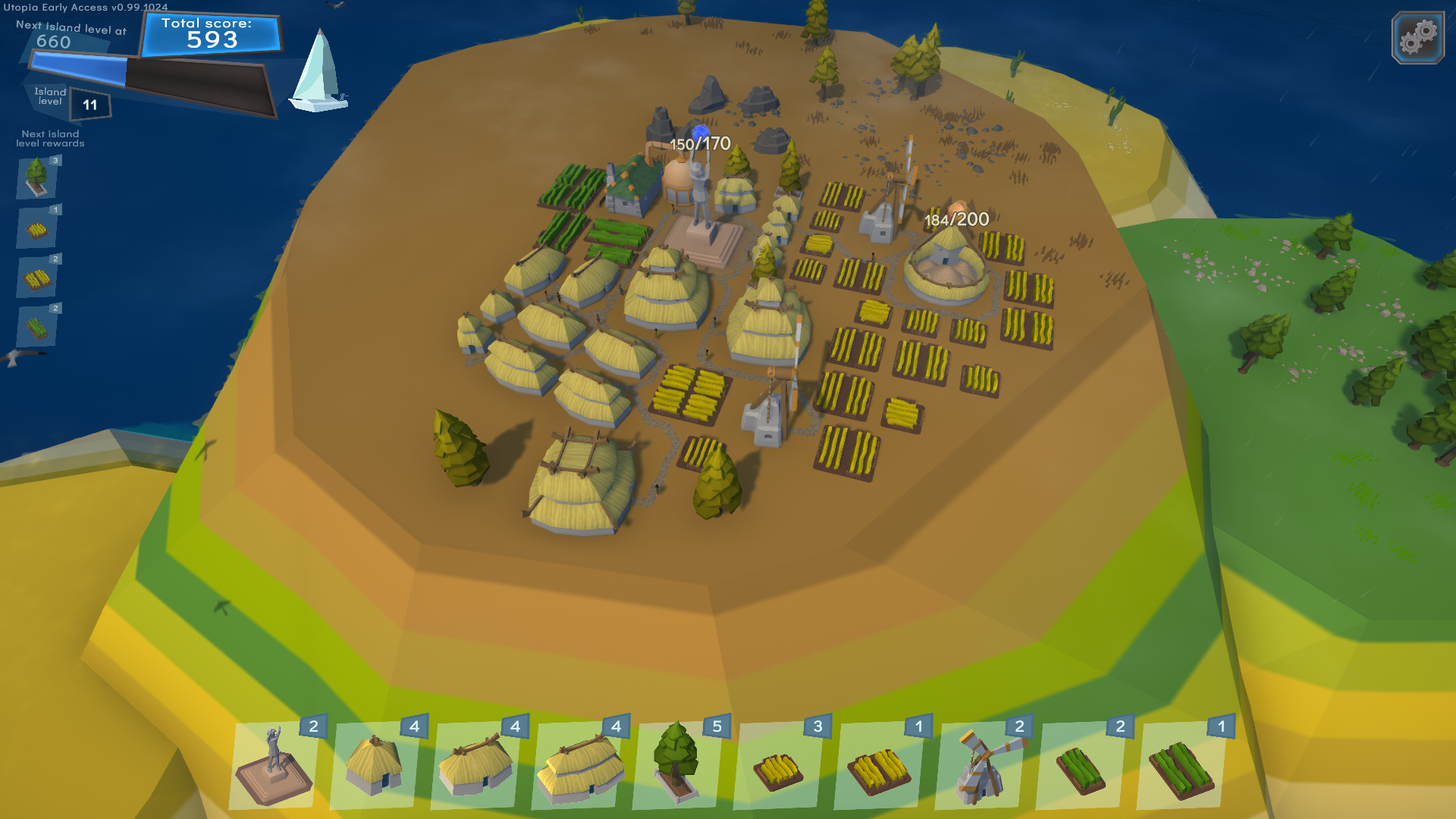 The kind of gameplay in this kind of game is, for definition, relaxing. Beating levels isn’t difficult and stages usually don’t even require some planning, therefore allowing the spamming of similar buildings in chunks around the map. This creates islands with only fields and windmills on them, island with only houses and such. It isn’t only ugly to see: it’s not even fun to play this way. Getting the highest score is more tricky though, and requires some planning in other to fit the right buildings in the right places.

Both Utopia and Islanders are cheap games, coming respectively at 3.99€ and 4.99€. The problem is, functionally the two games are almost identical, but on the graphical side Utopia is a huge letdown: Islanders is simply more colorful, has better buildings and the best graphical style. In Utopia islands are all alike: there are almost no noticeable differences between them. 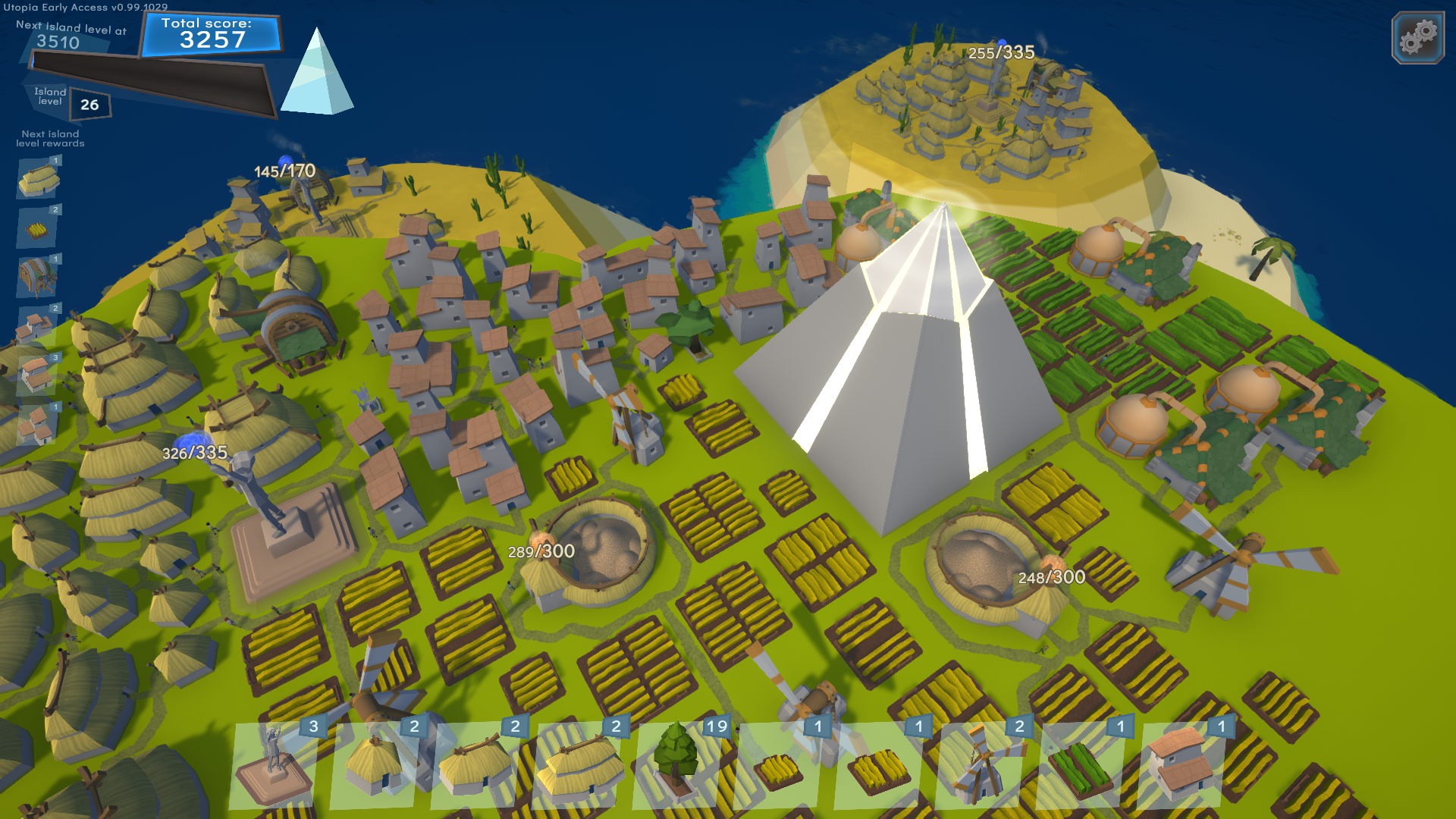 Utopia is a poor clone of Islanders. Unfortunately, the one-man team, in this case, didn’t help with the quality of the game. Utopia is worth it only if you’re desperately looking for a game like Islanders and, in the case you’re not, you’ll better go for the latter.