Sea Salt is a Lovecraftian themed mix of strategy and RPG, it’s somewhat akin to Pikmin, except without the puzzling. I’ll admit early on that this is a pretty niche game and will likely bore the vast majority of the people that wind up playing it. It’s light on gameplay mechanics and mostly revolves around slaughtering innocent people with various Lovecraftian horrors. If you’re as bloodthirsty as Dagon, continue with the review! 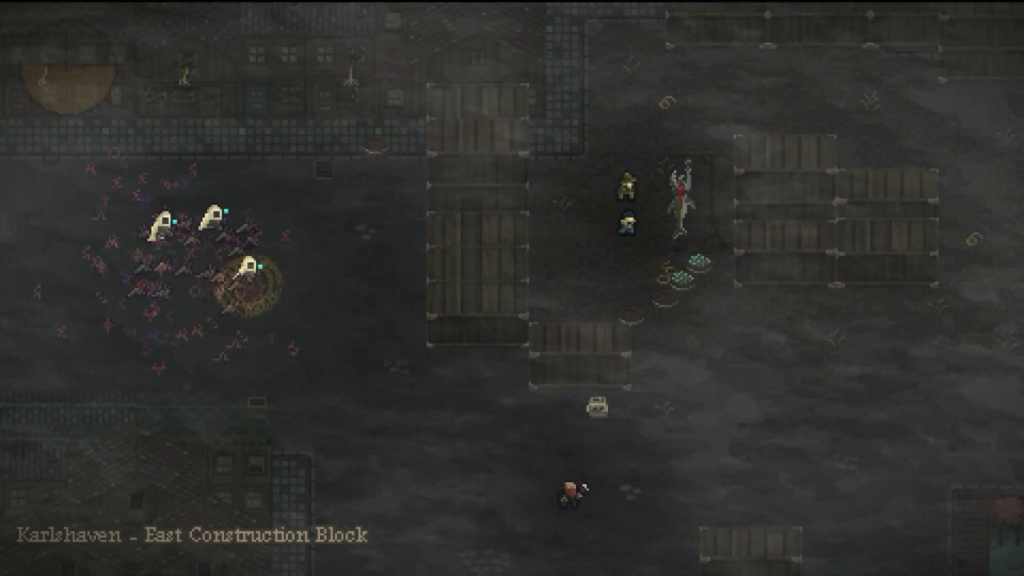 Sea Salt puts you in the role of an Apostle of Dagon who must wreak havoc on a harbor town after the archbishop refuses to become a sacrifice to the Old God. In the Archbishop’s cowardice, he dooms his entire city and the people who live there become unwitting sacrifices.

The story is relatively short and is told at the beginning and end of each area of the town. In truth, the game’s story is pretty standard fare in Lovecraftian fiction, though it’s not exactly cosmic horror, the game just borrows the characters from his mythos. It is pretty accurate in what an old god would do if you disobey them though, that much is true.

One thing I will say is that the Archbishop in this story is incredibly selfish and he sacrifices the entire village in order to save his own skin. He manipulates his followers into believing that they must keep their faith and to sacrifice everything they have in order to be saved, which is a gigantic lie, and the only thing that would have saved everyone is if he simply sacrificed himself. At least you get to sacrifice him in the end, since he’s the final boss.

At the start of the game you’ll have access to only one apostle. You unlock more by completing various requirements like completing arenas, collecting gold, or killing people with certain units. Each apostle has a unique starting unit and bonuses. As an example, the first apostle starts with 25 swarms, has a stronger swarm, and worms explode bonuses. There are 6 different apostles to unlock and use.

You unlock new units by collecting various cards. These cards can be found hidden in the game world, and are dropped from bosses upon defeat. Your monster cards (And apostles) are permanent unlocks so you can use them, even if you start a new game. If you’re familiar with Lovecraft’s mythos, you’ll likely recognize quite a few of the monsters you can use. The Fishmen, Cultists, Swarms, Lich’s, and numerous others. I like to utilize the Crab’s, Fishmen, Swarms, Toads, and Lich’s the most. I’ve found that they’re a pretty powerful combination since most of them have a high(er) health rating. 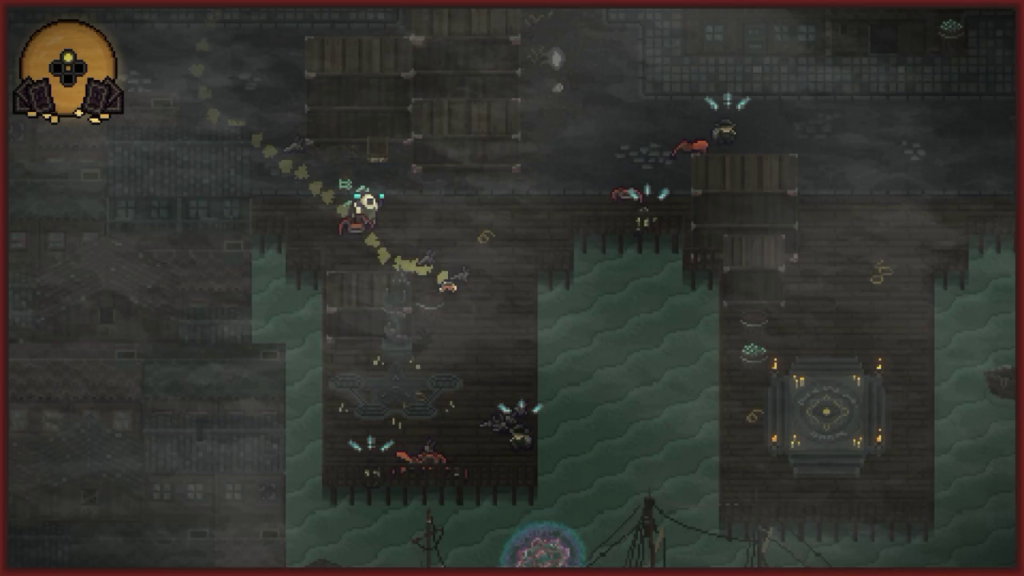 I mentioned earlier in the game that the gameplay side of the game is a bit lacking and I’ll explain why now. I recommended that you play the game with a controller, it makes the game a whole lot easier. The game largely revolves around the use of 4 buttons in total. The triggers are your attack/surround buttons, the x button allows you to interact with things and the Y button allows you to turn in gold you collect for a new summon.

Gameplay largely revolves around slaughtering a bunch of, largely helpless, enemies and citizens as you make your way through town. There are no puzzles to solve, very little story while you’re on a level and it’s often difficult to see what’s going on due to the way the colors meld together, and the mist surrounding everything. That being said, it is pretty satisfying as you rip apart everyone on your path of destruction. It’s also possible for citizens to escape your wrath by entering buildings so you need to be quick.

Enemies come in various forms and have various attacks to use against your minions. The enemies you face get stronger with each passing level, their attack power and speed increase in increments which makes it more difficult for your monsters to surround them. My least favorite enemies were easily the shotgun and flamethrower wielding ones. I hated facing both of them.

You also have limited control over the course of battle besides guiding your minions around and holding down the attack buttons. This fact does take a lot of the strategy and overall fun out of slaughtering everyone in your path but at the same time, you’re the minion of an Old God, so it’s a bit obvious that you’d be overpowered compared to humans. Still, there’s a little bit of strategy required for bosses and some enemies, like the flamethrower enemy, requires a bit more cunning to overcome, so it’s not incredibly simple to complete the later levels.

Once a boss has been defeated, the tentacles of Dagon grasp the limbs of the boss and rip them apart in gory fashion, which I’ll admit is pretty cool to see. 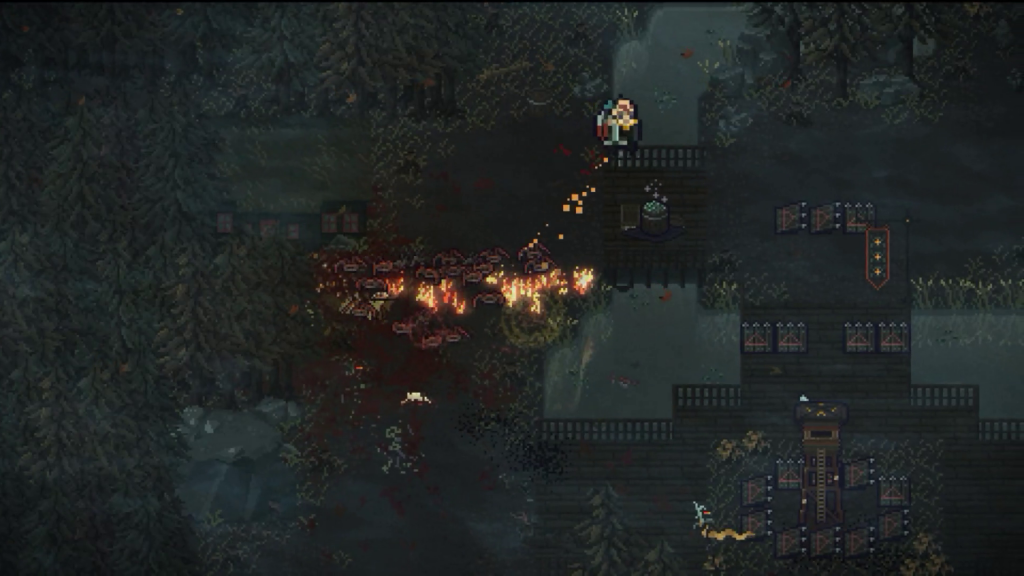 My Profound Love For The Cthulhu Mythos

I’m a pretty immense fan of the Cthulhu Mythos, and have been for quite a long time now. I usually wind up loving pretty much every Lovecraftian game I play so, I may be slightly biased towards them. That said, I do try to be as neutral as possible when reviewing them.

As for this game, I personally found it fairly amusing controlling Lovecraft’s various monsters and ripping apart villagers as I explored the game world. The game world was well designed and felt very much like one of Lovecraft’s harbor towns whose villagers worshiped the old gods. I do kinda wish you could explore more of the areas and there were more hidden things to collect but for what it is, it was pretty fun to explore. I also wish that it was easier to see what was going on most of the time. As you might have noticed in these screenshots, you can’t really see a whole lot of the action because the sprites and world textures mesh too much. It’s a bit easier while playing the game but not by much. 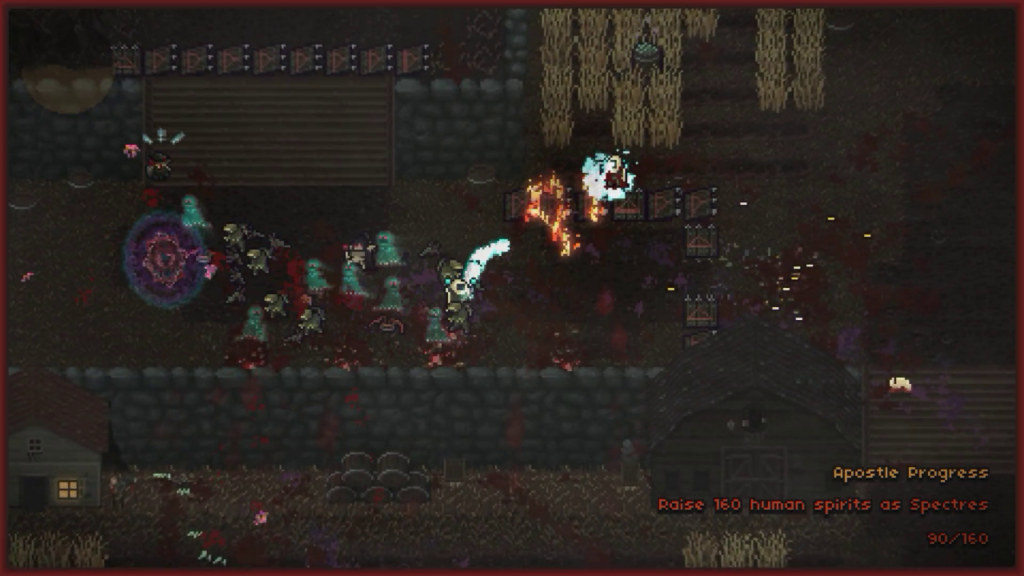 Overall, I found Sea Salt to be a pretty enjoyable game. It’s a game that doesn’t require a lot of effort to complete, and it’s short, which makes it a perfect game to play if you don’t have a lot of time on your hands. It’s also very easy to pick up, play for a bit, and put down again. That said, if you’re looking for something that’s more akin to Pikmin, but with Lovecraftian horrors, you’ll likely wind up disappointed by the lack of puzzling, overall strategy, and limited gameplay elements. Ultimately, I think I’ll Save for Later, I enjoyed my time with it but it’ll likely be better for most to wait for a sale before picking it up.