It isn’t about someone’s worst mushroom trip ever, but if you like cute furry little nightmares, then that’s a different matter.

A Nightmare’s Trip is a quick casual visual novel about a sentient nightmare who goes on a plane trip to another city. It is only a few hours long and reads more like a blog than an actual novel per se, but it is charming and hits a few nice personal overtones between the characters here and there.

Do you enjoy romance/trash novels and are looking for something that you can finish in one sitting? Well, this might hit the spot if you are in the mood for an appetizer-sized visual novel to play and have a few hours to spare. 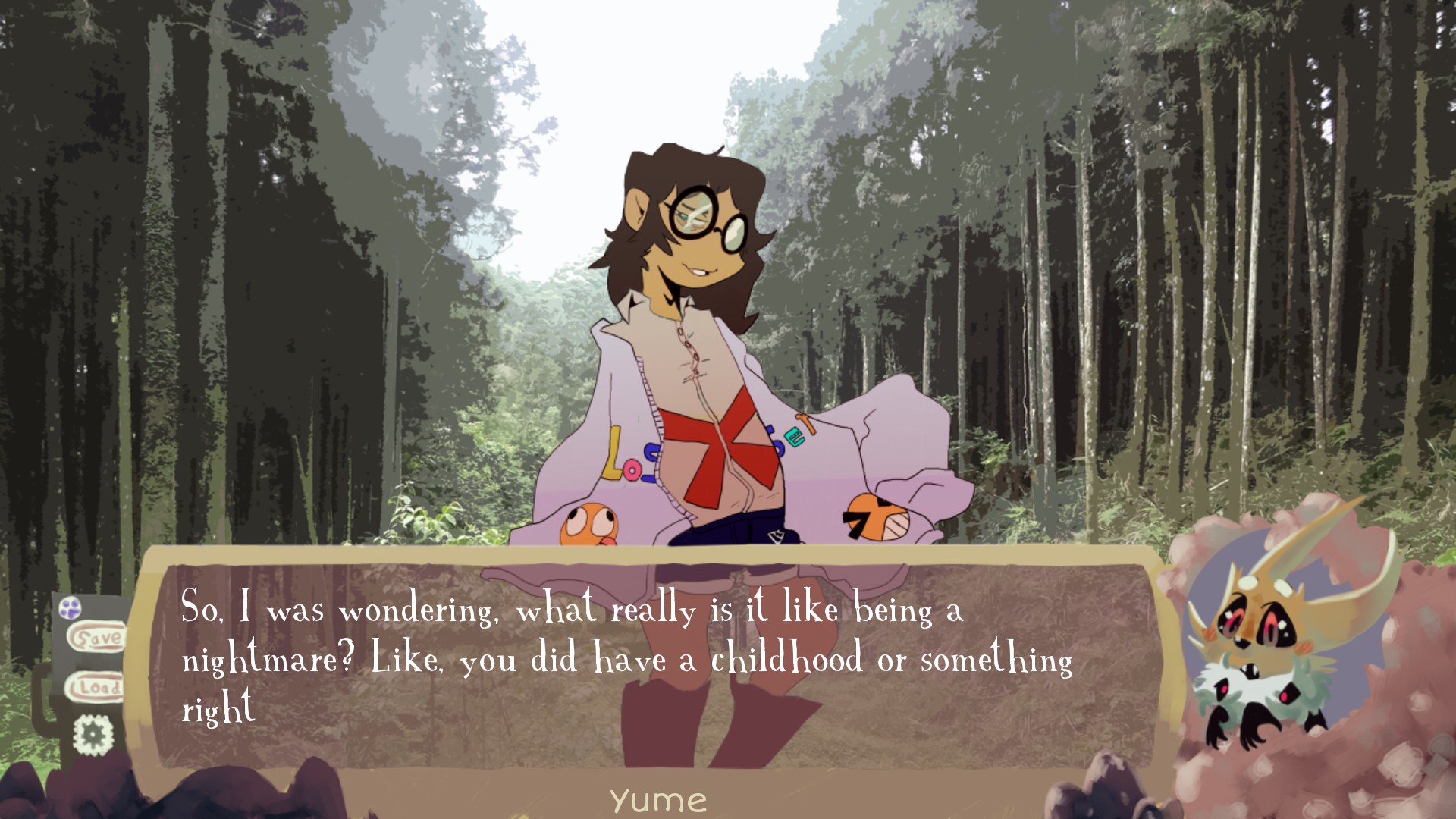 You begin as a nightmare who becomes an actual furry-faced being named Adrien. Adrien then wakes up in his college dorm room and very quickly the scene changes as you rush off to catch a plane. Apparently, he is going on a trip for reasons unknown. The story in its entirety is about following his experiences and encounters along the way. There isn’t much insight into how a nightmare came to life or if it is a common occurrence in this universe, but you just chew on the fact that Adrien is born from someone’s darkest moments and read on.

Once he disembarks, Adrien meets a motley crew of characters who mostly go to shopping malls, eat, talk about eating, talk about where to eat, and often make comments about anime and video games. It’s less of a story than it is a sort of journal in many regards, but it still has its charm. 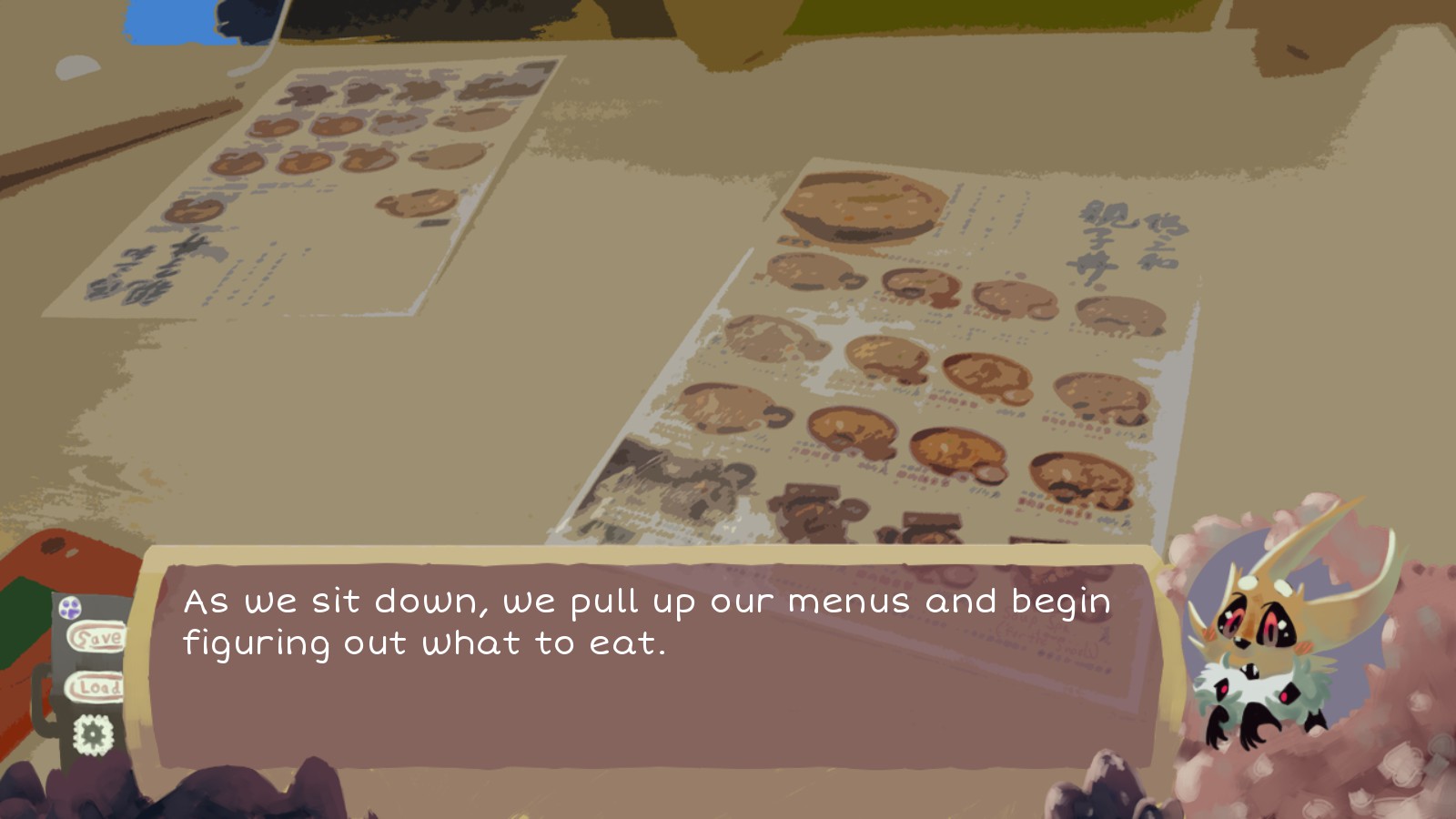 I did feel that the people he meets have a very cursory development without a ton of insight into who they are or their backstories. It was mostly banter, but then again meeting total strangers doesn’t allow for much time to dig in and get to know characters in depth.

There are some nice relationships formed, though, and that is probably the best part of the visual novel as scenes develop into touching moments where you do more than simply go to shopping malls and eat. I think the personal involvement, while brisk, makes the game a more memorable read than it would be otherwise. It’s a dollop of heartwarming feelings sprinkled with sincerity. Is it a complex visual novel with long character development and tightly written drama scenes? No. Is it superbly well written? Not really. It’s very casual, to the point where grammar takes a back seat at times to contemporary vernacular, but that is what it is shooting for. 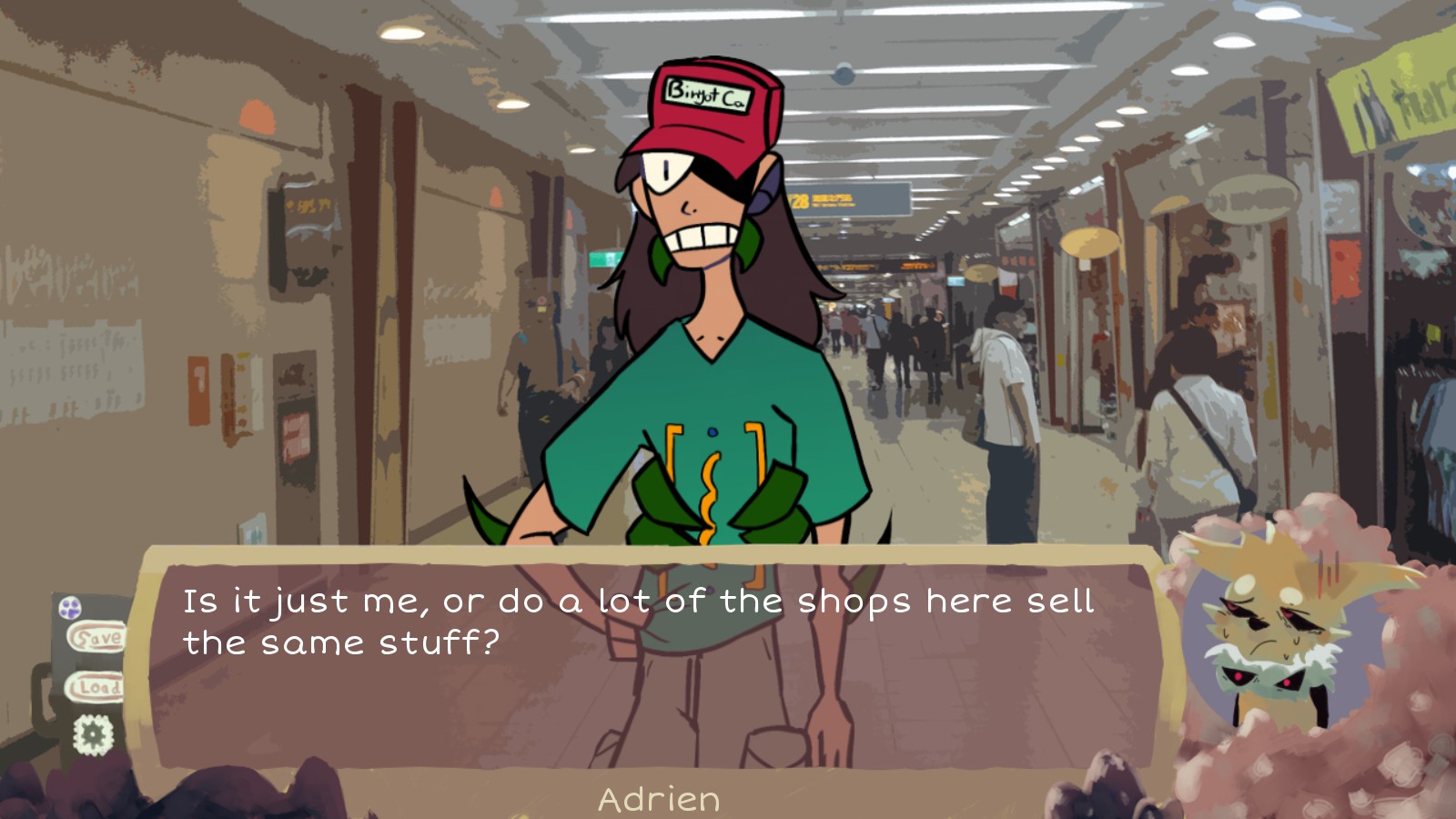 While the presentation is a bit rough around the edges, the artwork style is fun and whimsical without being too artsy. There is a certain style to the drawing, making it feel somewhere between a manga and an old-style comic strip from ages ago.

For a 2-hour long visual novel about a college-age Nightmare going on a plane trip, it isn’t bad and something you could Save for Later if it sounds like you may want to play it. The writing feels like it could use some work transitioning from scene to scene, but it is a quick read and there are some sweet moments that offset that. 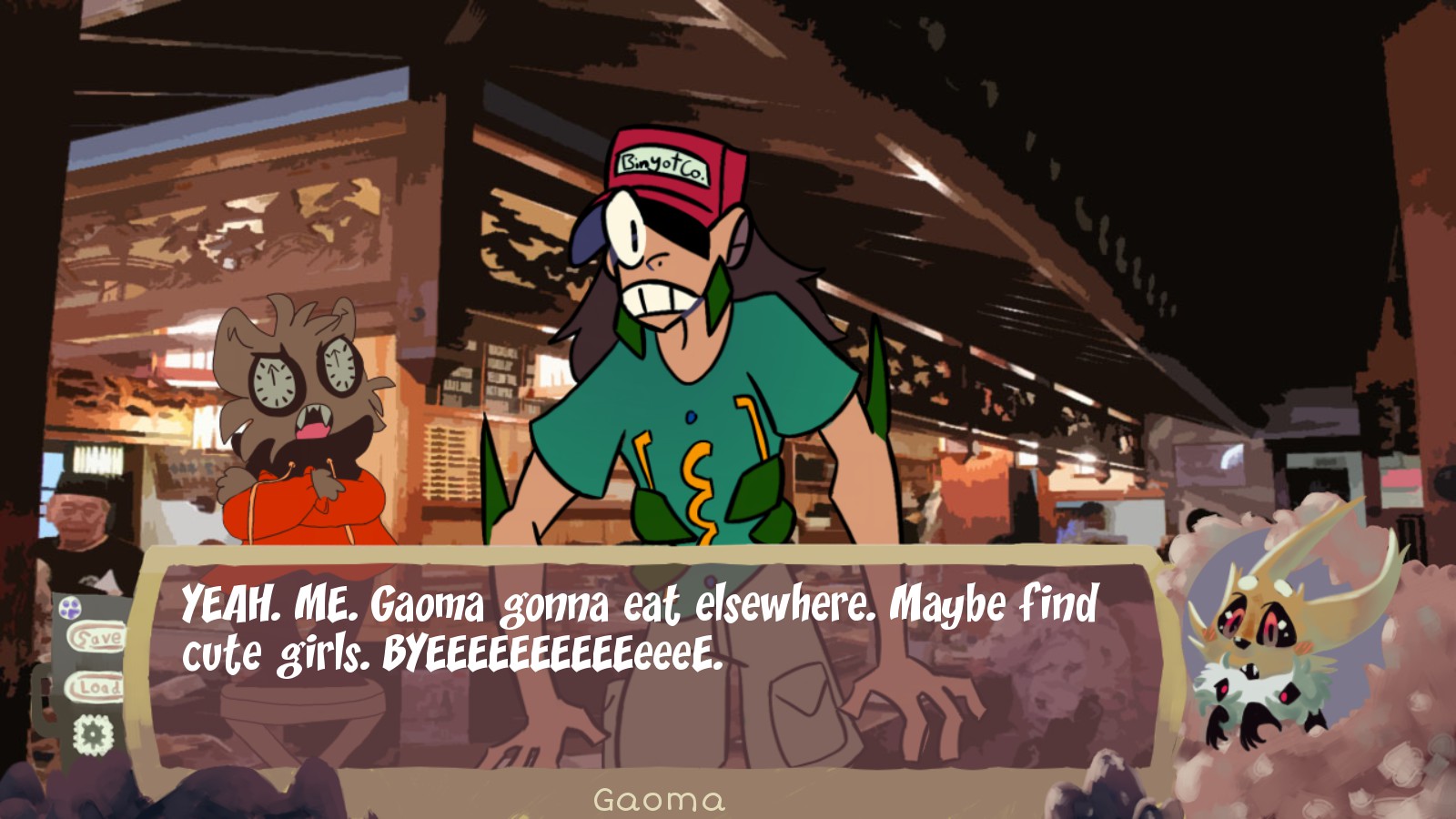 There is not much in the way of choices affecting the story except for a handful of times where you get to pick a reaction to continue the story, but it is still interesting to play.

While not a must-play game, it does what it sets out to do with a quick first-person diary-like method of writing. What it may lack in polish, it makes up for in charisma.