You are a hardcore gamer and have ideas of your own. Pixel Game Maker MV gives you the tools to create your dream game.

Pixel Game Maker MV – the latest entry in the Maker series – allows you to create action games with ease, where the only limit is your imagination.

Pixel Game Maker MV allows you to build up your own action game with no programming knowledge necessary. This engine was designed with the idea of giving a voice to people’s passions, allowing them to freely express the game that they have held in their hearts. Create the game that you want to play now!

I like to highlight the fact that I’m not a programmer or any kind of audio or sprite wizard. I have dabbled with various game creation tools over the years. From STOS Basic to the current iterations of Unity and Unreal. I have a very basic knowledge of game logic and prefer visual scripting rather than the likes of Java or C#. So my tastes and expectations of what a creation program should offer may differ greatly from yours, dear reader. 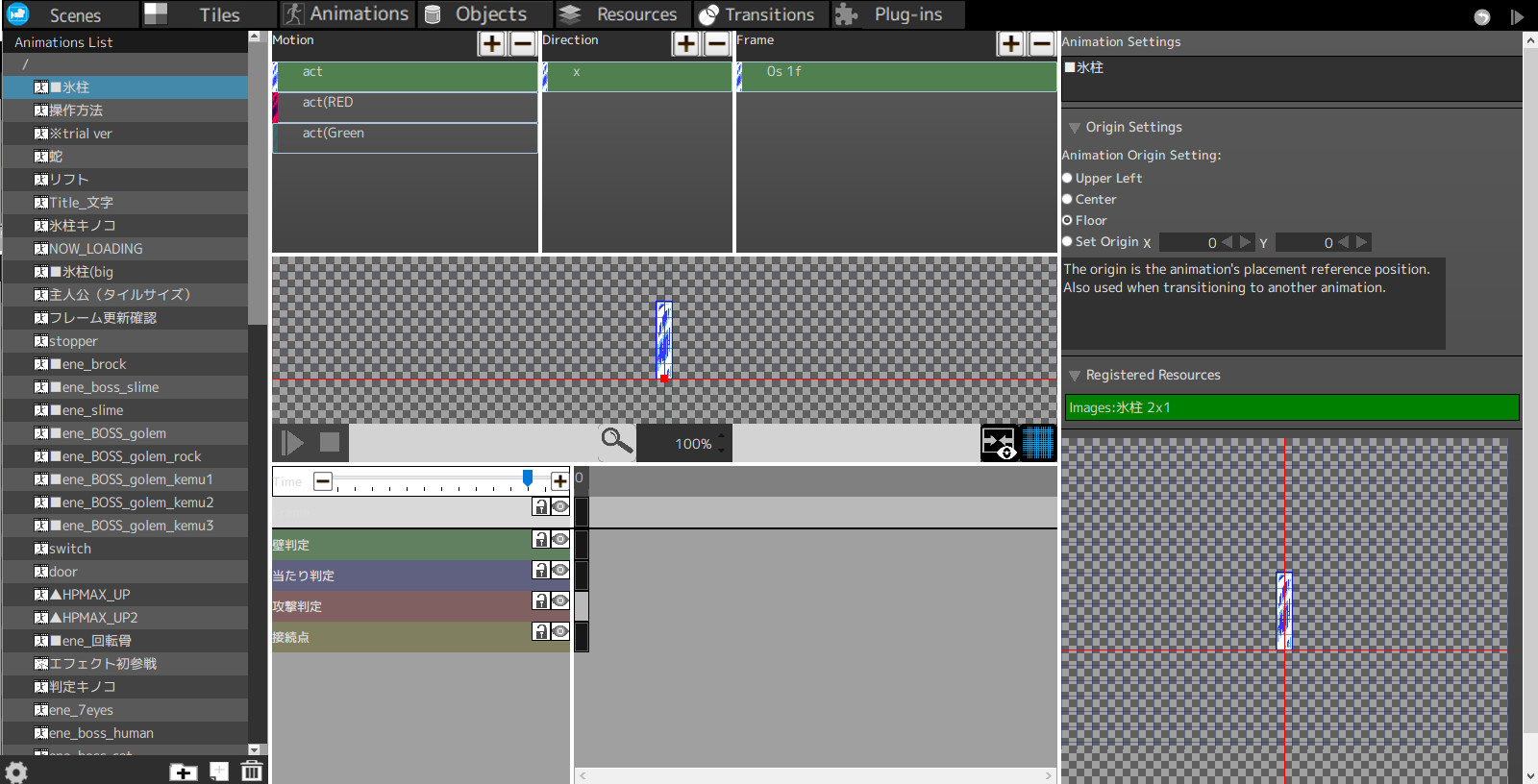 I’ve not used any of the previous maker series of dev tools before so I was very curious about the capabilities of this new game engine. The download size was very compact compared to the huge packages of Unity and Unreal. The whole shebang comes in at just over a gig with all the starter tilesets, sprite sheets and audio assets included. Not too shabby. The system requirements are not too excessive either. No water-cooled Cray required here. 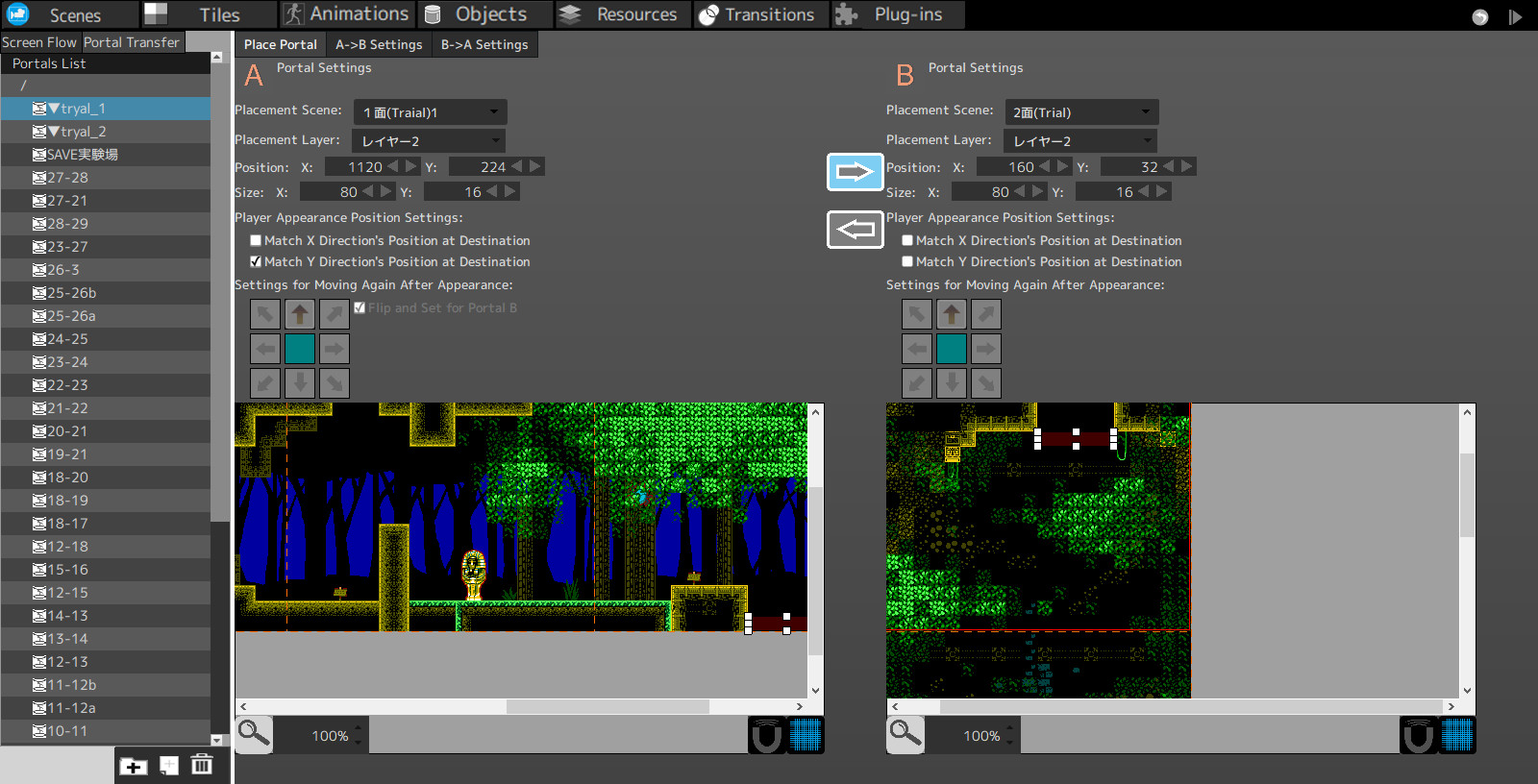 To get you started in your new adventures in game design. PGM has two on-screen tutorials to show you step by step, how to create a simple side view or a top-down view project. The on-screen helper is a dynamic mouse icon that floats around the GUI highlighting what buttons and menu options to press. Evoking visions of Mr Clippy. Oh, the horror… The tutorials are great and easy to follow but every now and then, the tutorial prompt does not detect a mouse click and whole proceedings are left in limbo. With no ability to page back to the last instruction you have to restart the exercise again. This is a tad perplexing and frustrating.

Once I had completed all the tutorials lessons I had a better grasp of what the engine was capable of producing. The core codebase is tight, resulting in a very smooth and responsive sprite movement. Setting up scrolling levels ala classic Mario is a breeze. Controller support for both Xbox and PlayStation gamepads is baked in so there is no messing about with that configuration nightmare. With the right skills and some good design chops, you can definitely knock out a Knytt Stories style platformer. The ability to add layers to any scene also embellishes the final look. UI elements such as health bars and score counters can easily be added giving yet more of a polished feel. 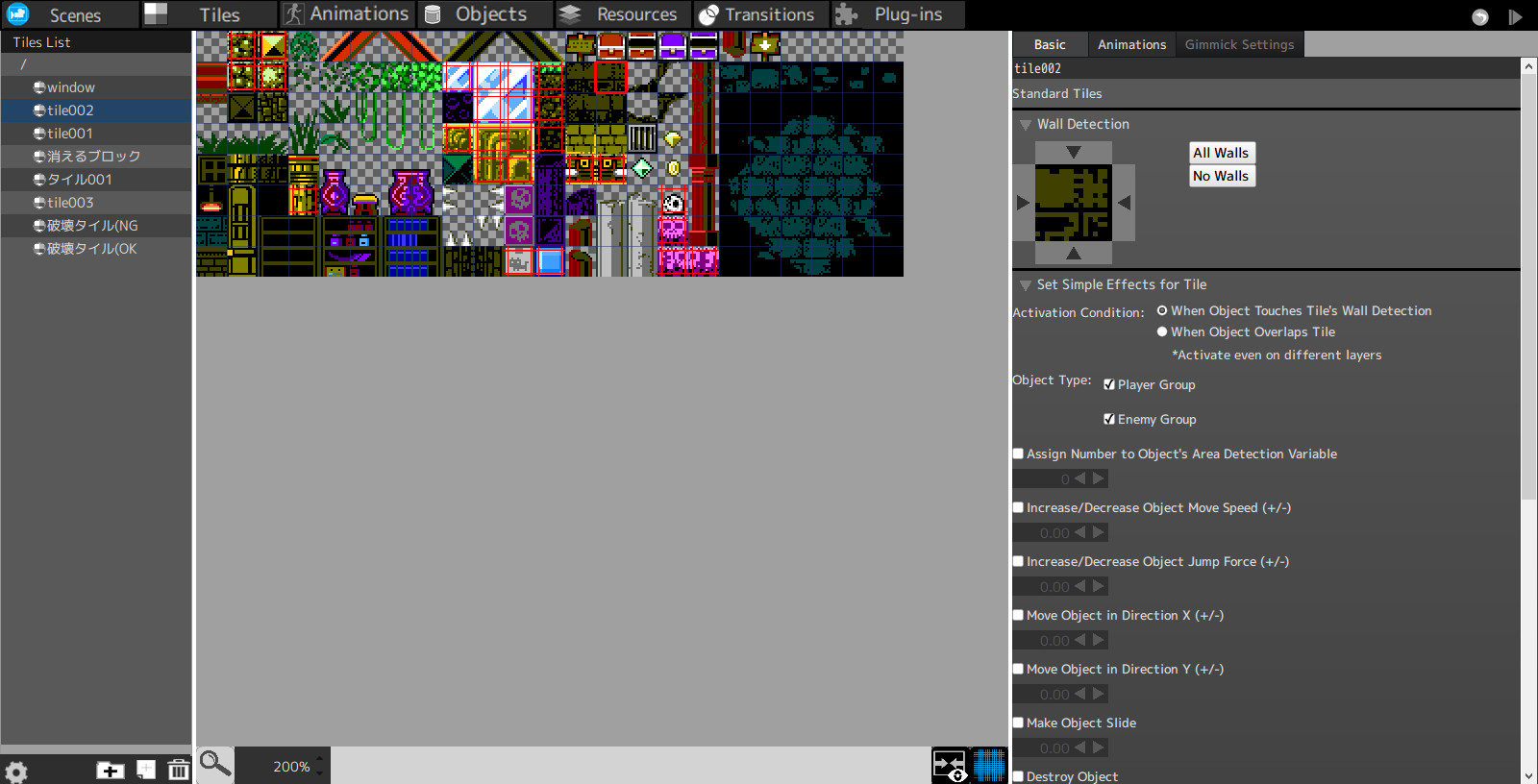 Included in the default package are a number of sample projects which can be perused. It’s unfortunate that the majority have been authored in Japanese and have zero documentation and annotations to explain any of the core logic. This is a major missed opportunity, as there are several different types of game to unwrap, ranging from a simple platformer, Jump bike physics racers and even a pinball table. Even if you can’t use the logic, there are loads of art, sprite and audio assets to use in your own creations. The tilesets have already been processed with collision boxes which is a great time saver. Individually setting bounding boxes on a big tile sheet is a laborious task.

I’m a big fan of post-processing graphical effects, so I was surprised to see some included in the package. There are obviously not as powerful as UE4 but there are enough to add an extra sheen and artistic flair to any project. There are two ways to add FX. the first is via the scene view where you can add basic treatments like tint, blur, noise filter and so forth. These can be combined via layers. There appears to be no documentation as to how many FX per layer you can add. I added five different processes and saw no slow down. Admittedly this was only a small test scenario, whether this would impact a full game, I don’t know. It would be cool to see some kind of performance graph for CPU /GPU loads. The final global FX pass can be added in the project setting menu. You can add retro game console filter (classic green screen Gameboy), blur and an analogue TV look. 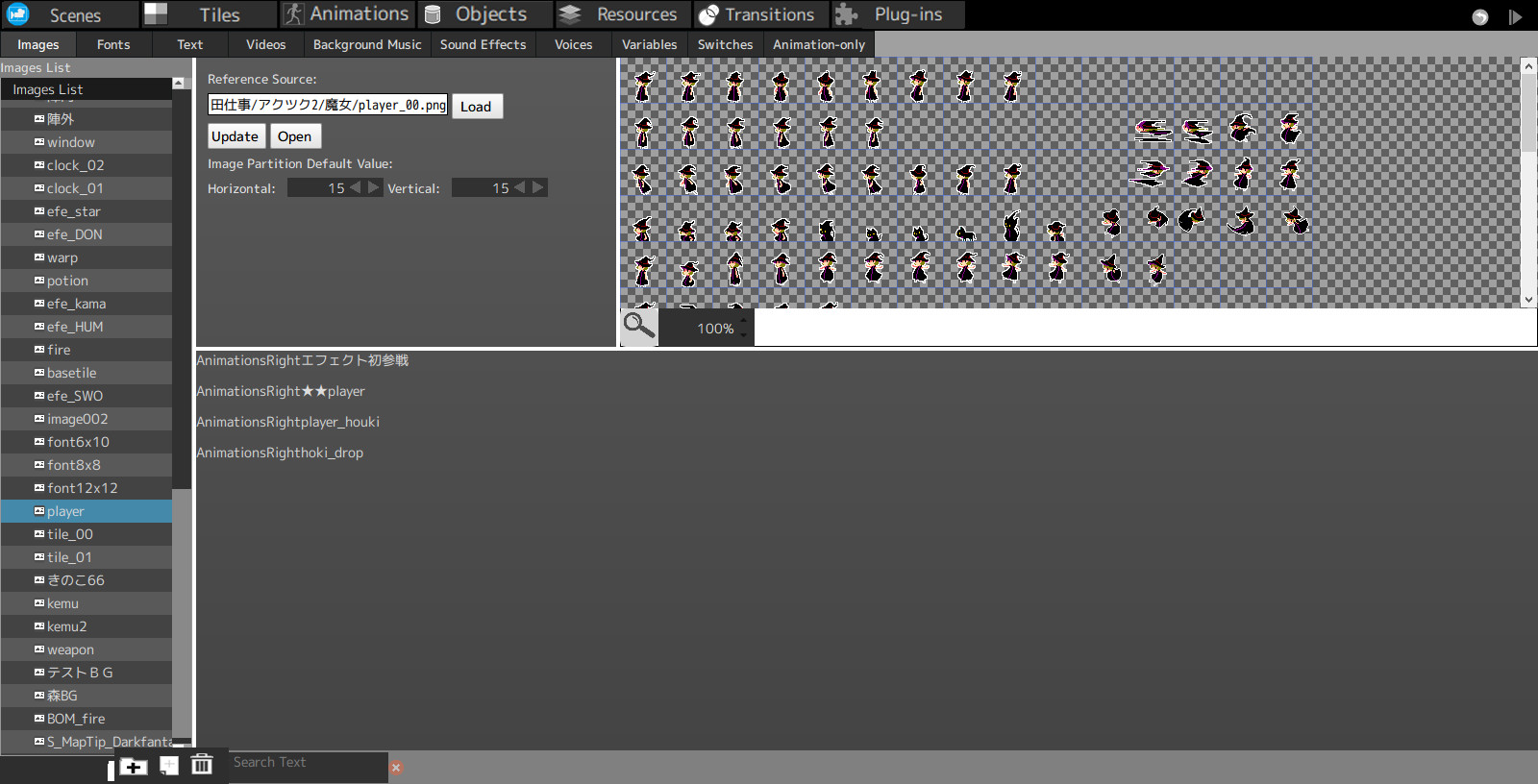 The basic documentation and tutorials are workmanlike but don’t expand on any of the bespoke game logic. A PDF which details the required function calls for custom java plugins is provided, but doesn’t have any newbie examples to swot upon. As stated in my opening disclaimer I’m no coder and it would be cool if there were a couple of small lessons beyond a very comprehensive spec sheet.

An application like this is crying out for Steam workshop support. I am amazed that all the time spent in early access, this feature was not added. Any development tool lives and breathes through its community knowledge sharing. The ability to share and modify project code and assets is vital for any platform to flourish. Coding in isolation is a lonely pursuit and doesn’t garner any loyalty to an application.

Another steam feature missing is Cloud saves. Now before you close your chrome tab in complete disgust, let me explain. I’m not talking massive uploads, just the ability to use say 200 megs as a key project depository. Given the lightweight nature of the core engine and with some asset compression, I believe this would be a unique feature to make this tool stand out from the crowd. A truly portable development program would have a fantastic appeal to folk just getting started in the gaming industry. The ease of being able to jump in from any PC with a Steam account, without having to manually copy files would be a great time saver.

I didn’t encounter any blue screens or hard lockups whilst trialing the software. Which was not the case for the early access builds, according to the steam forums threads. I did bump into some forgotten Japanese logic variable names, which must have been overlooked in the translation phase. I am surprised I saw these, given I’m a newbie and somebody else with more knowledge must have seen these whilst setting up parameters for object functions. 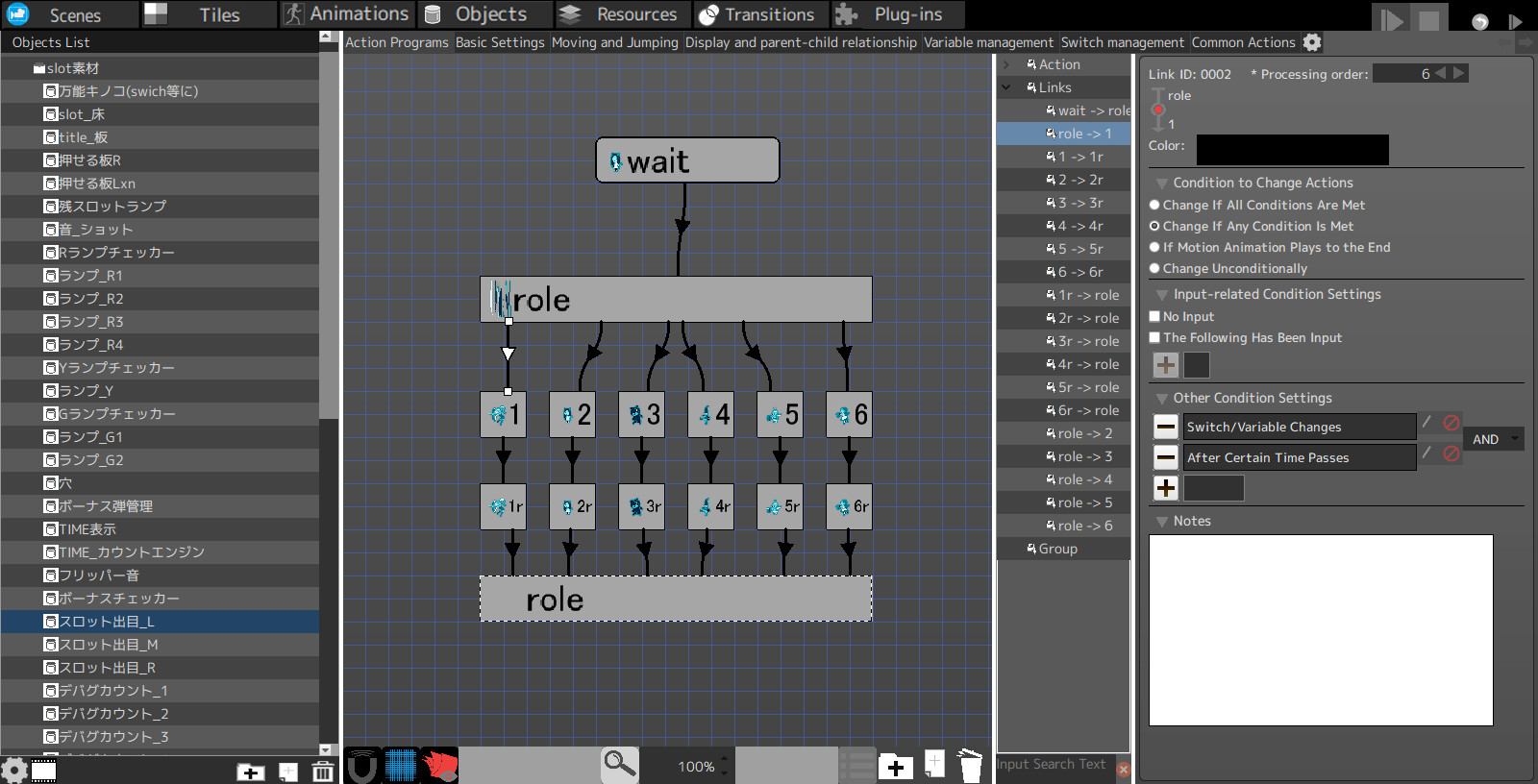 Exporting your final build is fairly painless but with a few caveats. Windows is the only OS supported currently, whether this will change in the future is up to conjecture. This is a very limiting factor given that Unreal and Unity already have tremendous OS support across a variety of mobile, PC and console devices.

Another factor is the project’s initial settings cannot be changed without resetting the entire build. For example: When the screen resolution is changed, all tiles and objects that have already been placed in the scenes will be reset. I guess this is because of the tile-based nature of the rendering engine. It cannot dynamically re-scale assets. So setting your target display settings and aspect ratio is critical before you embark on your design process.

I did a test build run just to see what the exported file size footprint would be. Whilst mooching around the assets I noticed that all the default tile sheets and background music assets have been exported regardless of whether they had been used in the project. I decided to create a dumpy project in order to fully explore the project settings. There I noticed a small tick box to create a blank project sans all the default assets. Success!.

If you decide to use the default assets then even a blank project would yield about 140 megs. Not too shabby in the age of 100+ gig installs for AAA games. 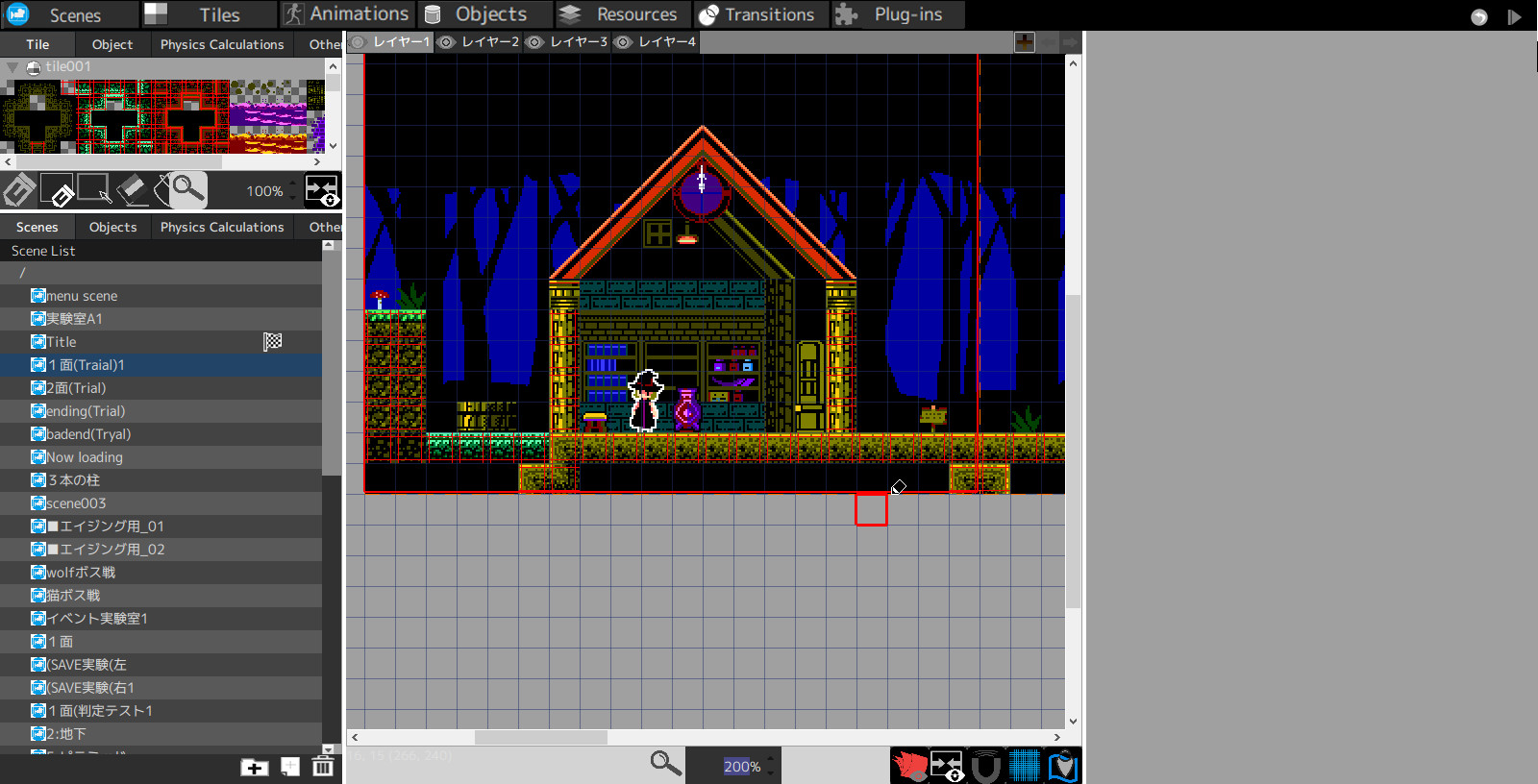 Pixel Game Maker MV is a particular niche product. Its strengths lay in its powerful sprite engine and tileset tools. For folks wanting to make the transition from say Mariomaker, it’s a good stepping stone. All the tools are there to import and utilize your custom art and sound assets. With patience and dedication, you could produce a good quality platformer.

I like the visual scripting for the game logic, it’s easy to comprehend the flow of the gameplay loop. The only problem I have is the fact that my eyes have been colored from using Unreal engine 4 over the past few months. Looking at the two products side by side is rather jarring. I now appreciate the level of detail that has gone into the Epic engine. It’s an unfair comparison, given that Tim Sweeney and his team have been iterating on their tech for nearly 20 years. It is an industry-standard development tool. Pixel Game Maker MV is a powerful tool in the right hands, but they are not mine.

If my thoughts have piqued your interest and you have some ideas for a great game, then now’s the time to jump into the big world of game design. Pixel Game Maker MV currently has a free 30 day trial on the Steam store. Ample time to give the application a good test run and see what you can create. Good Luck.