REVIEW: Whipseey and the Lost Atlas

A colorful, bite-size platformer – but maybe a bit too bite-size.

How unique does a game need to be to justify its existence? It’s kind of a difficult question, but undeniably a question often asked these days, particularly in the indie world. With so many games coming out on Steam every day and curation becoming more and more common in alternatives, you need to have something about what you produce stand out. Ones that do tend to be games that are remembered for years after, and some others are, unfortunately, like Whipseey and the Lost Atlas. 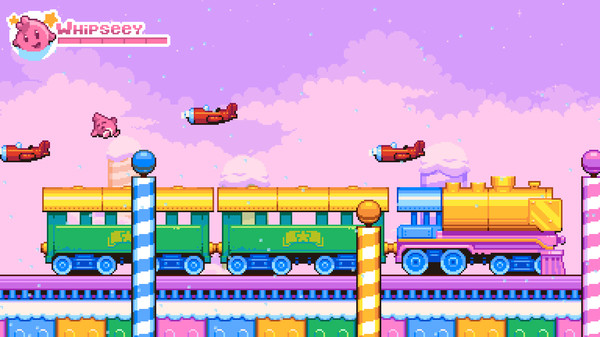 You are Alex, a kid who happens to read the Lost Atlas and be sucked into the world within, getting shapeshifted into one of its residents, Whipseey in the bargain. You’ll have to jump and whip your way through five levels to get back to normal. This is all described in two cutscenes without dialogue at the beginning and end of the game, but which are pretty straightforward; the store mentions you needing to solve the mystery of the Lost Atlas, but I didn’t find anything particularly mysterious.

If you’ve played a platformer before you’ll know about what to expect. Whipseey can jump and naturally use his whip to attack enemies, as well as hover and swing on certain pegs. Each level is divided into many small screens which feature challenges that gradually ramp up. They might introduce a certain enemy, for example, and then introduce more difficult situations with them. Whipseey can take five hits before dying, and there are health potions, so the game doesn’t get greatly difficult in this regard, although there are also bottomless pits and instant-kill spikes in places. 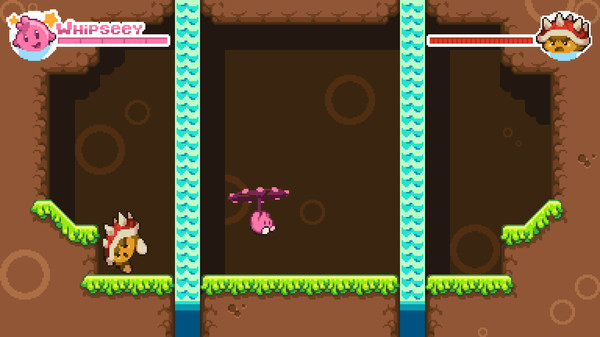 The game looks quite nice, controls well, and has some catchy music. Where I don’t like Whipseey and the Lost Atlas, though, is that it just doesn’t do enough. I don’t like pointing to other games right away, but I couldn’t help being reminded of Kirby while I was playing, and even the easiest game in that series has a lot of options for you to play in the different powers he has. Here you just have the whip, which kills almost any enemy in one hit, and nothing else other than swinging and hovering. There are bosses but most of them are quite simple with just a few attacks, and they have plenty of downtime for you to hit them.

However the real reason I can’t give the game a positive rating is the length. I’m not of the opinion that a game needs to have an hour for every dollar you pay, but I can’t ignore that I finished this game in 48 minutes, and that’s with getting a game over on a stage twice. I imagine there will be some variance depending on skill level but not much to extend things significantly, even with some achievements. What I found funny was the save file, which lists your progress percentage-wise. But since there’s only five levels it will only ever show that in increments of twenty. 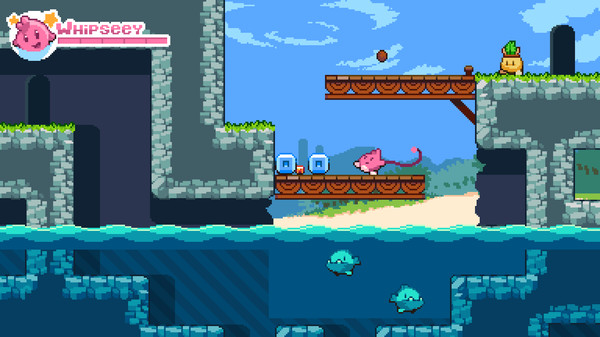 If it sounds like I’m ragging on the game, I’m not trying to. Even as short as it is, Whipseey is still better than a lot of the slurry on Steam, and is a genuine title when many aren’t. It seems to be the developer’s first published game, and it certainly isn’t a bad one in that regard. However, it still feels like a first game, without anything unique or great about it. I would say there are things in Whipseey and the Lost Atlas that show a great deal of promise, and if you told me the creator would make a great game sometime in the future I’d believe you. But this is not that game, and I give it a Pause.