At last let’s get to it! Much like the base game, the First DLC to Ancestors Legacy started out with a rather nasty bug that delayed this review, but now that it is fixed, the review is finally here!

With the small bit of negativity out of the way, let’s talk about the game itself properly. If you ignore the issues I encountered, Saladin’s Conquest DLC actually is actually pretty decent. It doesn’t really break any new ground but it’s not just purely a rehash either. As a recap about Ancestors Legacy, while it has base building elements to it, you are not exactly designing your own base as the buildings all have predetermined build locations. Once you select the building for construction, it will automatically go to that one spot predetermined for it. Resource collection comes from capturing neighboring towns and then holding them against the enemy’s advancements. The better your income, the better you can outfit and support your troops even if your income is just used to keep their morale up once you have bought everything possible. Since we have already previously reviewed the base game lets just focus on what you get with Saladin’s Conquest. 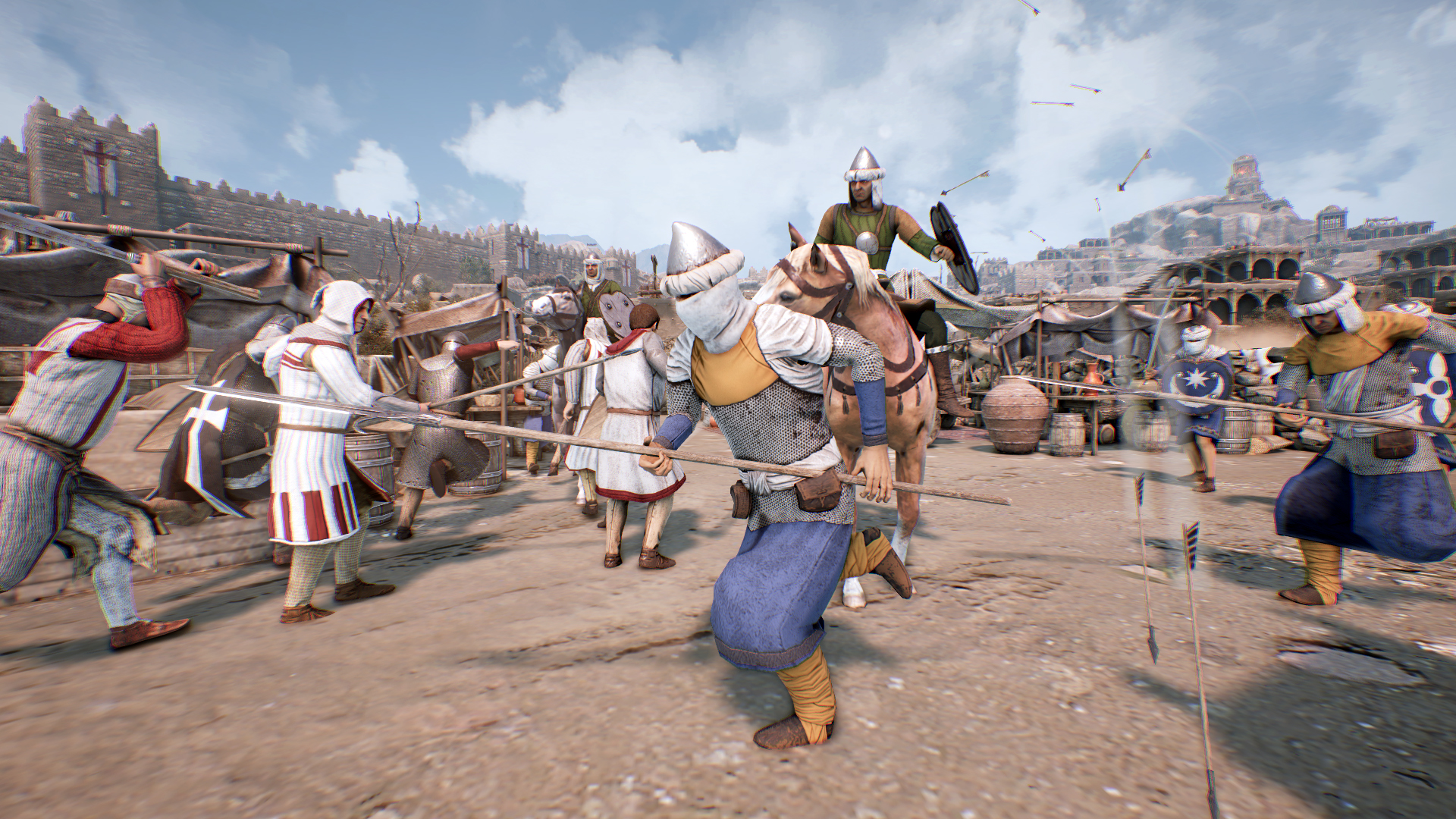 I’m pretty sure Saladin’s Conquest assumes that you have already played through all the other campaigns the game has to offer because, for the most part, this is a very challenging DLC. While it only has five new levels, they will all take you a while to complete as it is mostly an uphill battle with everything possible stacked against you. Each of these levels has their own unique elements to change up the gameplay just a little bit in order to add a touch of intrigue and excitement. For example, the second mission has you sneaking a single unit through a well defended city while performing sabotage and assassinations. To make things even more challenging, you have a time limit to complete your task before the enemy army’s reinforcements arrive. This mission was bugged for the longest time but eventually, to my great relief, I made it through. The next mission was highly fun because of the grenade chucking units. Close only counts with horseshoes and hand grenades. Just like it sounds, they throw grenades that explode, they throw them at the enemy and can wipe out an entire squad, they throw them at allies and do the same. They just like throwing them indiscriminately. They are not very accurate, one target seems as good as another, but that can be improved as they level up. They are probably my favourite unit for this campaign in general. 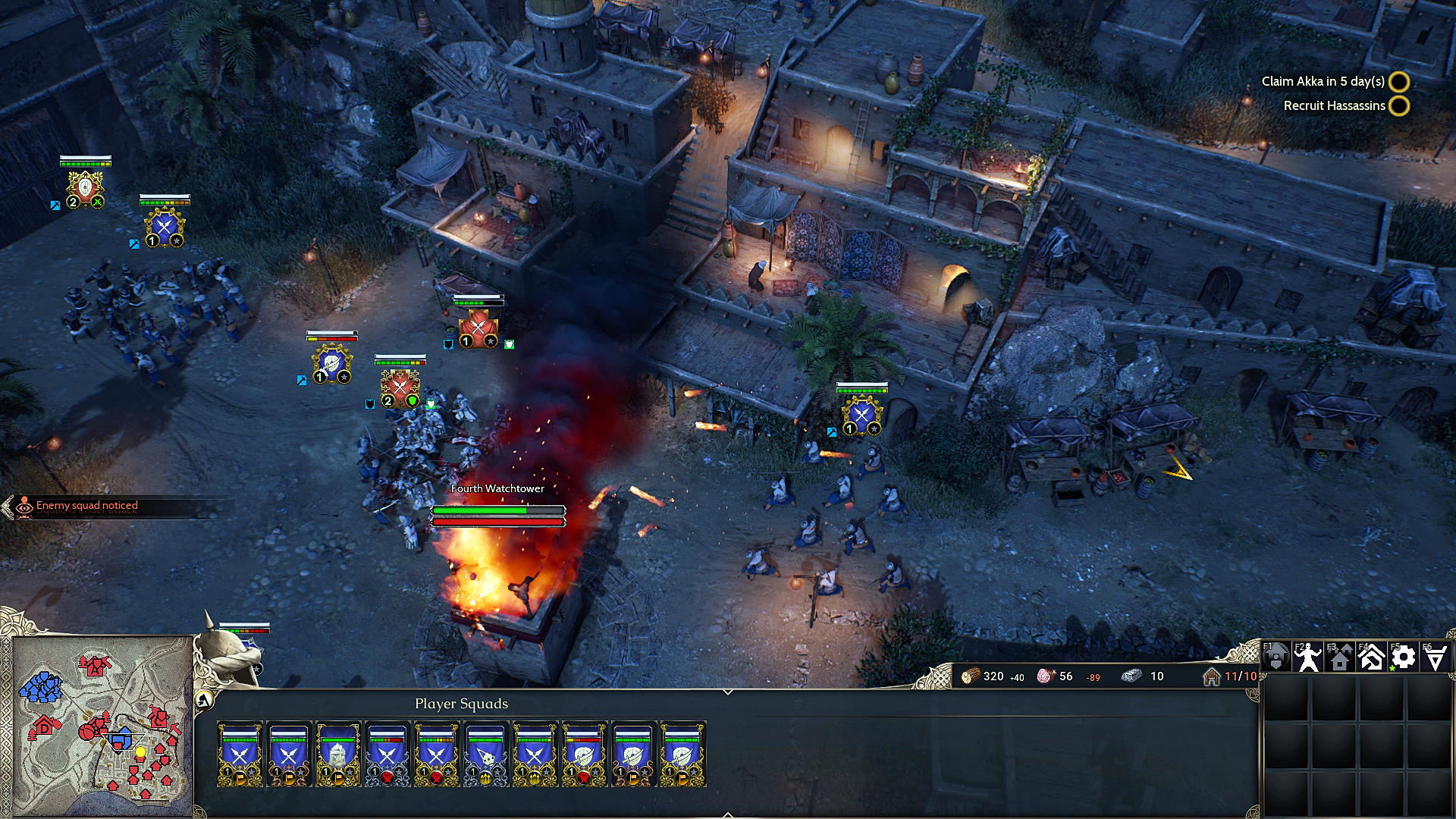 While I don’t intend to talk about every level, the fourth is one I definitely want to mention too. I’ll leave the first and fifth to your imagination, but the fourth mission is likely my least favourite mission in the entire game let alone the DLC. To start the level you have a resource shortage; especially your food which is already at negative fifty, causing your units to take ongoing morale hits. You have no easy way to produce resources and you have dwindling water supplies which functions as a mission timer. Without a way to initially build your base up or to add more units, you are forced to quickly push forward and capture one of the towns close to you. The one on the right which has a resource node for everything you need is too heavily guarded with units and towers for your small army, so you are forced to attack the other close town. This one isn’t well guarded or even guarded at all, but it only offers wood. With your food supply gone, food is way more important, but you take what you can get. As soon as you move beyond that you encounter enemies which are easily dispatched. There are resources to collect here, but thanks to the negative income you have they basically just vanish. At the very least you can now harvest some wood.

Now without any way to build new units you have to press on with what you have while you wait for enough wood to build a barracks, which technically will be useless to you without food. Pressing on leads to a couple of other poorly defended towns you can easily take over but they don’t give you enough income to get positive gains. The difficulty here is, the enemy also starts fighting back and tries to recapture everything which leads to you defending more than you can push away and ultimately keeps you from being able to attack the more lucrative towns effectively. I lost this mission to water quite a few times before I decided to go for broke and sacrifice my archers to draw out the attackers from the better town near my base and then I charged their archers with my Calvary. I managed to take the town… and then lost it to the enemy because I had no way to defend it. I also lost all my other towns and was unable to recapture any of them… overrun. Eventually I managed to beat the mission, but I can tell you that it was more of a relief that a sense of accomplishment. I still have nightmares about that mission. 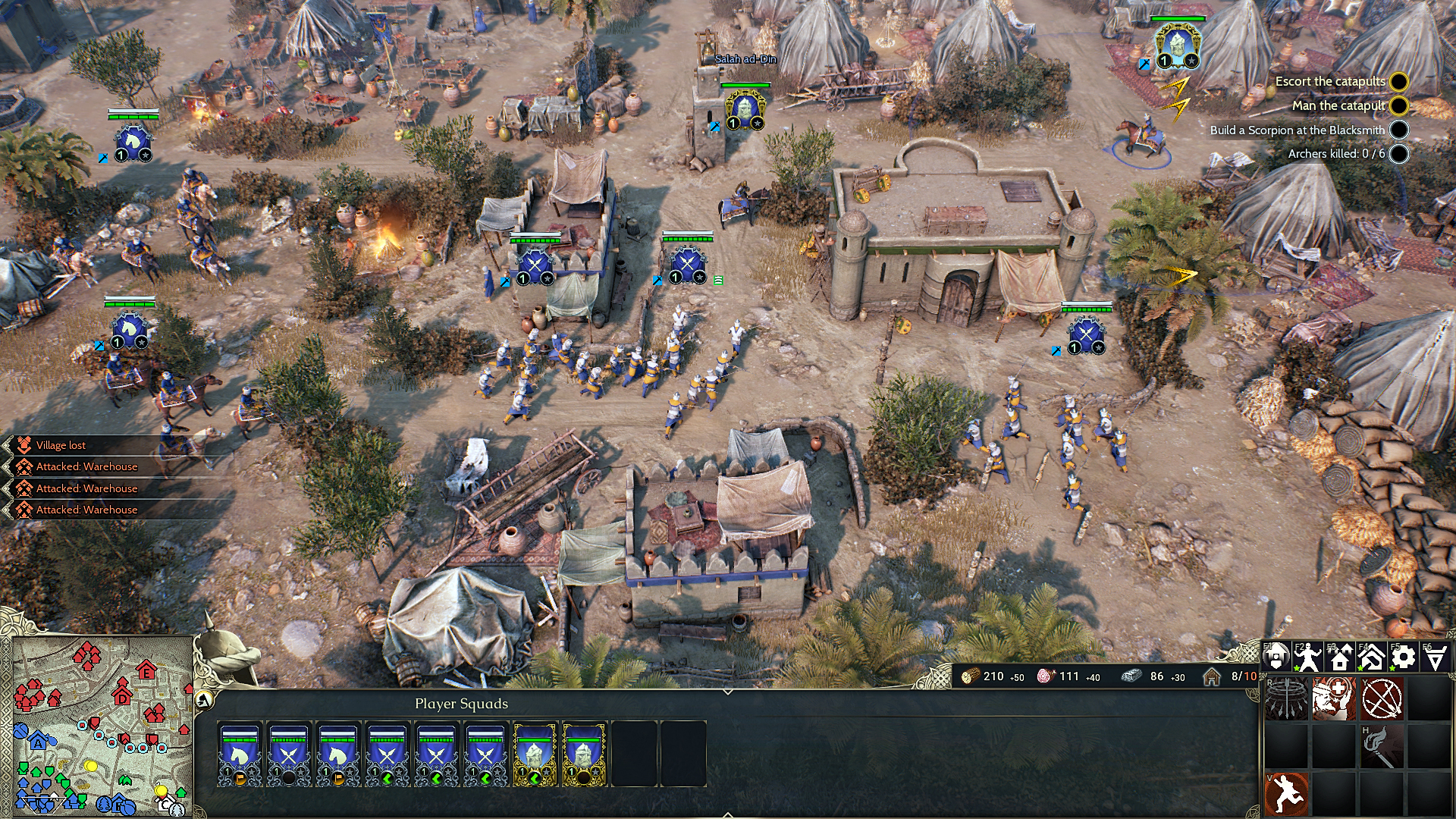 The story is of the same quality as that of the base game. It’s narrated and has continuing flow through the DLC. It isn’t just five disjointed stories, but a continuing story building up to the final confrontation. The voice actors, while I don’t think they got their accents quite right, still did a great job delivering the dialogue. The story is written well enough that it makes you want to find out what happens next even if the mission you are on is making you question if you want to try again or if it would be more fun to go out and play in traffic. While this isn’t my favourite campaign from Ancestors Legacy, I am still glad that I had a chance to play it and enjoy the story. 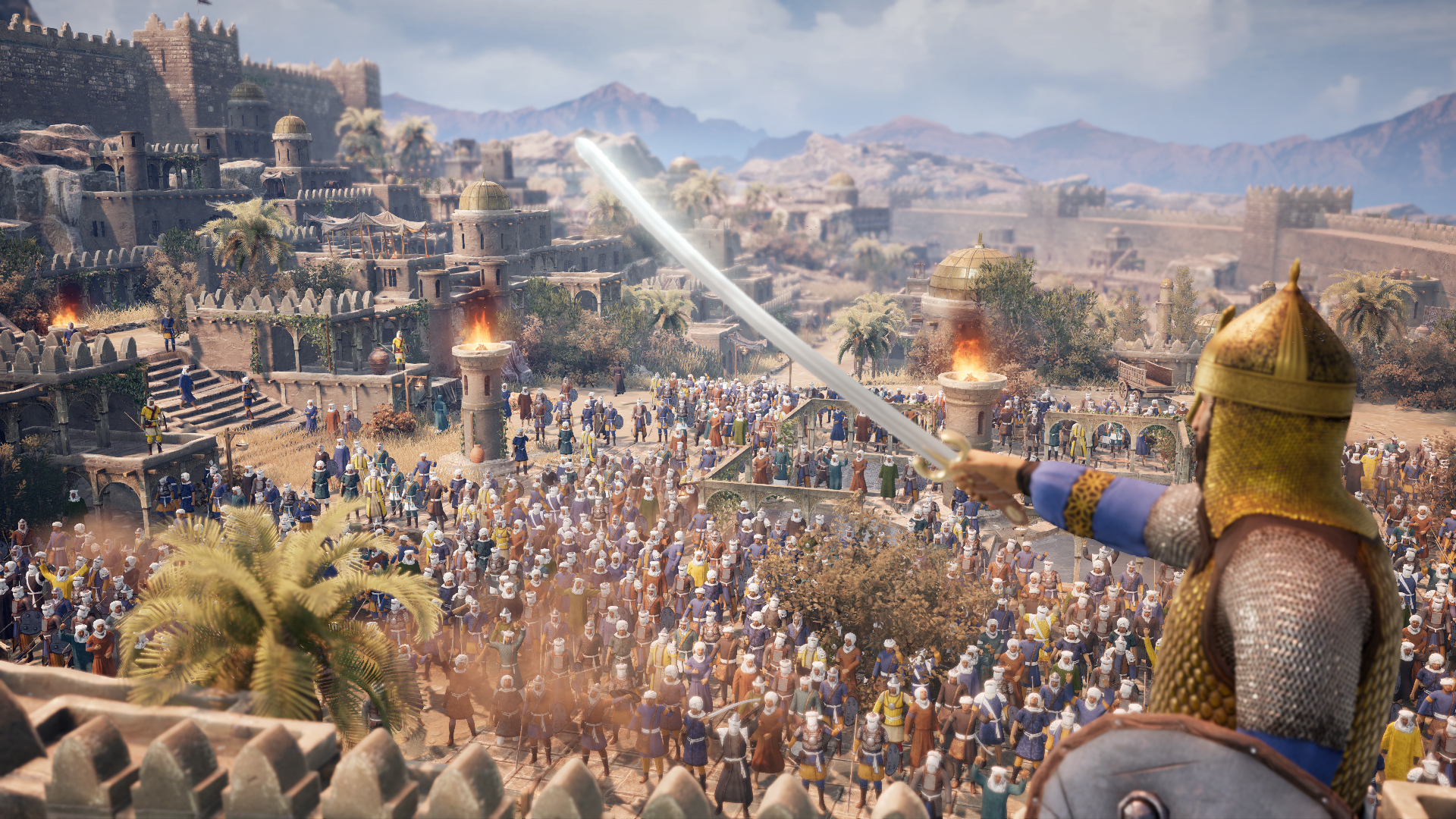 Even with the fourth mission from hades, and the bugged second mission (which is now fixed) Saladin’s Conquest is still worth getting if you enjoyed the base game. I would strongly suggest not jumping right into Saladin’s Conquest as you likely won’t have built up a good routine for handling your units and this DLC definitely requires you to micro-manage effectively. Some of the missions in the base game let you basically send wave after wave of units at the enemy until they succumbed but this DLC requires you to use finesse. That isn’t a bad thing, if anything it adds to the challenge and makes for a more interesting experience rather than the humdrum of erosion. For some extra added fun I would say go for it if you enjoyed the base game and would like a bit of new story.