REVIEW: The Legend of Evil

This side-scrolling tower offense game should be thought of more as a puzzle game rather than a tower defense/offense game.

This title seemed intriquing when I watched the trailer, as the pace was great and it featured multiple types of demons. I was a bit worried about how this linear development would work out, but then I remembered that tug of war is actually quite fun, for a short while! This seemed to be just that, with the added twist of choosing the right type of helper along the way for a bit of “added muscle” to pull the imaginary rope to my favor.

I was getting hopeful! And delved right in…

The first few levels seemed to be pretty easy and introduced me to the mechanics, but something didn’t feel right. It was quite plain, and not really as versatile as I’d hoped for a tower offense game to be. I didn’t think of it much since it was the beginning of the game.

A few levels later it started to occur me that this is a straight out puzzle game, not a tower offense/defense game. After unlocking a few tower types I tried to play around with different tactics, but it seems there are only one or two for each level. This is the main reason I considered this to be a puzzle game. I need the right kind of piece for the right spot, nothing else works, and there arent even many spots per level to place my piece in the first place. 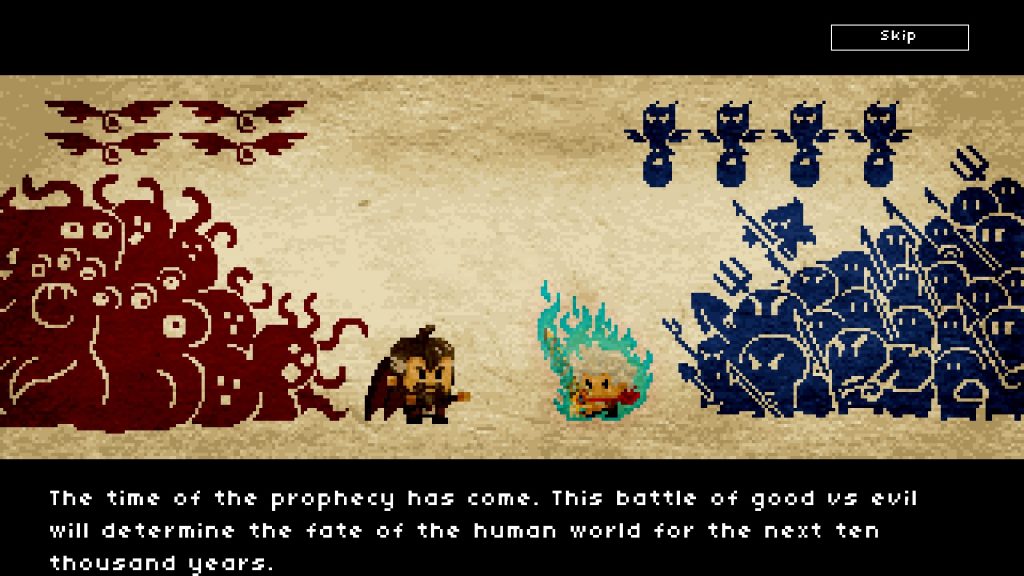 The campaign was quite hard since I had to switch towers often in the middle of the levels at the right times. To learn the correct order and timing of the towers, I had to replay the level multiple times and memorize which wave brings what enemies. It’s the same principle as tower defense has, yes, but given the absence of the freedom to experiment with different tactics and with only one viable solution, it is a puzzle. I mentioned that the campaign is hard, and a challenge is a good thing usually but in here, it just felt like a hassle, selling and rebuilding/upgrading towers repeatedly.

My mind wandered back to the days when I played Lemmings as a kid. Some kind of vertical obstacles and chances to modify the paths would have done wonders. Anyone who has played Lemmings, imagine that game but a simpler version, without the specific actions of the characters, and you’ll get the idea how this game plays out. 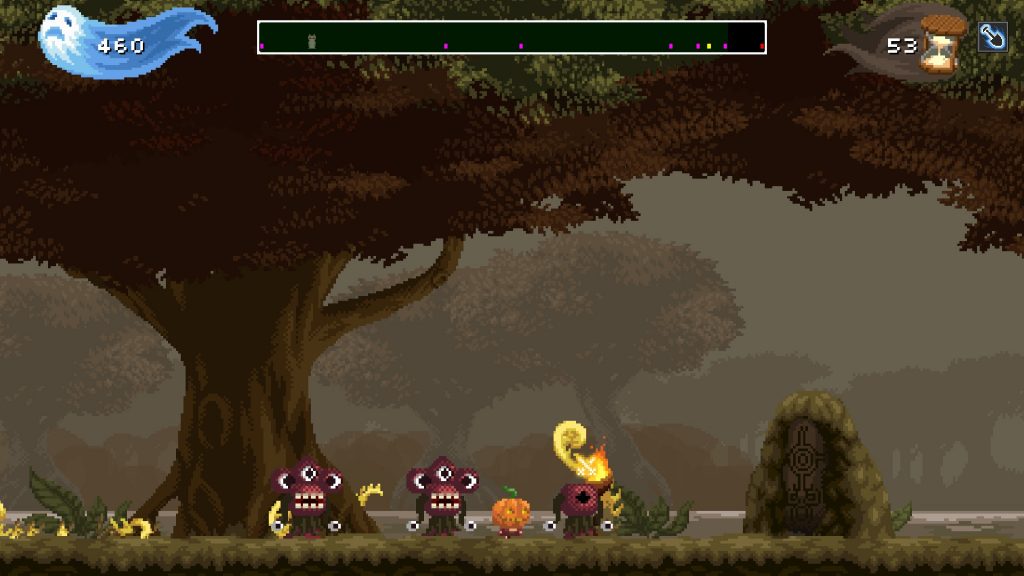 In addition to the campaign, there is a roguelike-mode spanning a few levels. This offered more depth than the campaign. Demons gained exp, and I could upgrade their stats with gold I received from completing the levels or from digging from the ground during levels. While the campaign felt quite dull, I liked this mode. It gave me a bit more freedom to experiment.

I could either buy more demon types for the next level, orbs that shaped my demons stats/attributes, or more tower spots. This is where the game really works and becomes fun. It might be this mechanic unlocks later in the campaign as well, I couldn’t bring myself to play the main campaign far. It really wasn’t my cup of tea. Most of my gaming time went into rogue conquest and toying around with the possibilities. 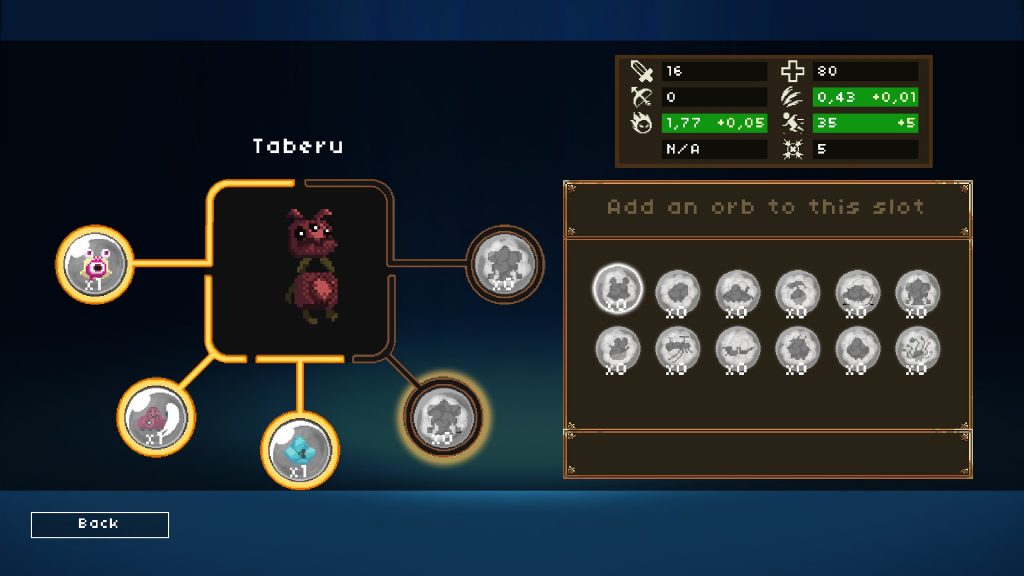 The Steam page says that the developers have been building this game for years, but unfortunately there still isn’t much content in the end. The main campaign isn’t especially interesting or enjoyable to play, but rogue-mode does offer more bang for your buck and shows what the campaign should have been like. I felt the characters and humor was ok, but the levels just feel dull. The trailer seems to showcase the hectic parts of later levels and the gameplay itself isn’t like that most of the time. It’s pretty relaxed and slow paced even though it requires switching towers on the go, but the overall tempo of the game is quite slow.

I tried thinking of a good rating for this game, but overall, I’m completely neutral. I wouldn’t recommend buying this game, there are much better tower defense games, puzzle games, and roque-like games. This game offers a bit from all those aforementioned genres, but nothing really extraordinary or special that would make it worthwhile to play.