Though probably only about 30 minutes long if well-explored, the minimal price point and creative puzzle design & execution make it a worthwhile single-sitting experience.

Novel point and click adventure games are a rare find, and vApe Escape injects fresh blood into the genre by presenting itself as an interactive comic book. The result works surprisingly well, yielding a short but engaging experience that will probably take about 30 minutes if well-explored. 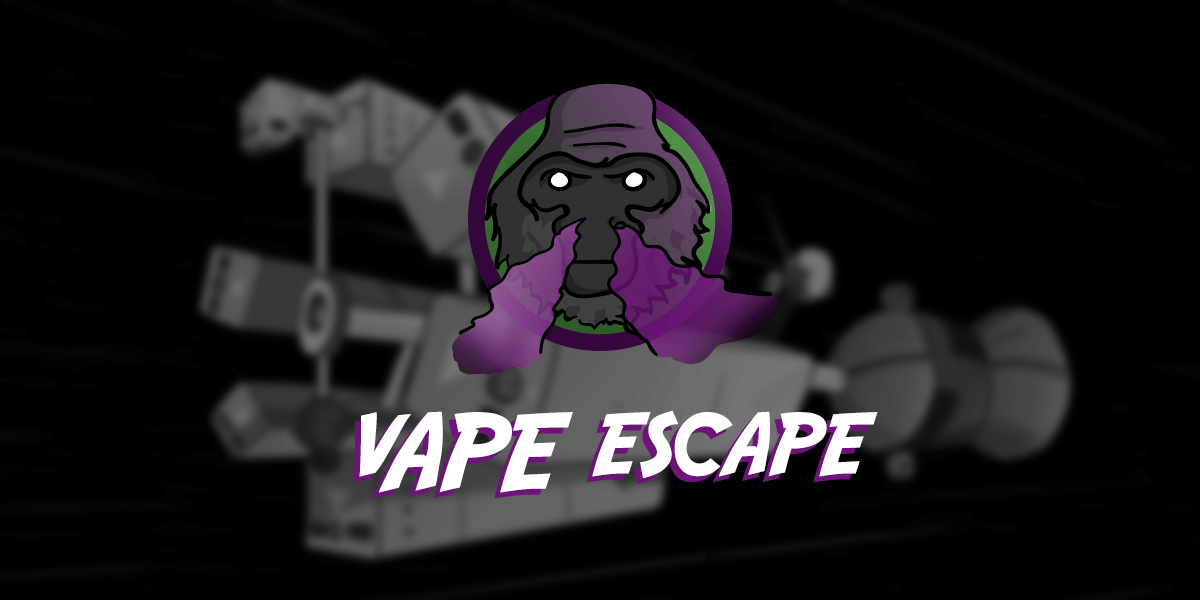 The graphics are surprisingly well-executed, and incorporate some interesting visual effects to add a sense of perspective and keep things lively. Color schemes are also well done, creating a product that, though a bit small, is always fun to look at. 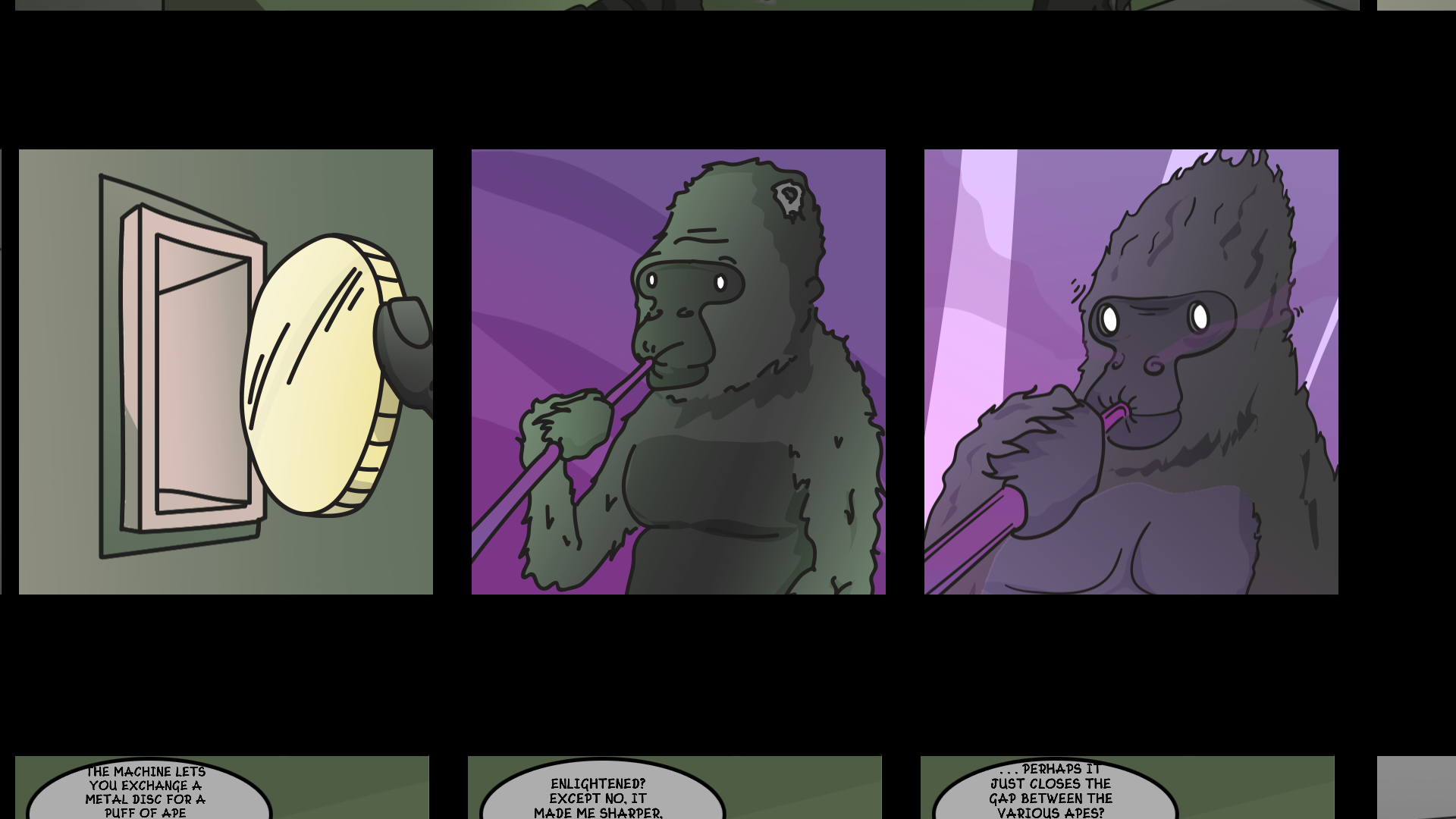 With regards to the game size, vApe Escape is an interesting example of doing more with less. To be strictly technical about it, it would be reasonable to argue that the game takes place in no more than two rooms. However, there’s a good bit to see or interact with in both, and one of the game’s more original premises is that your character progresses through a few different levels of perception, essentially refreshing the contents of each room each time. 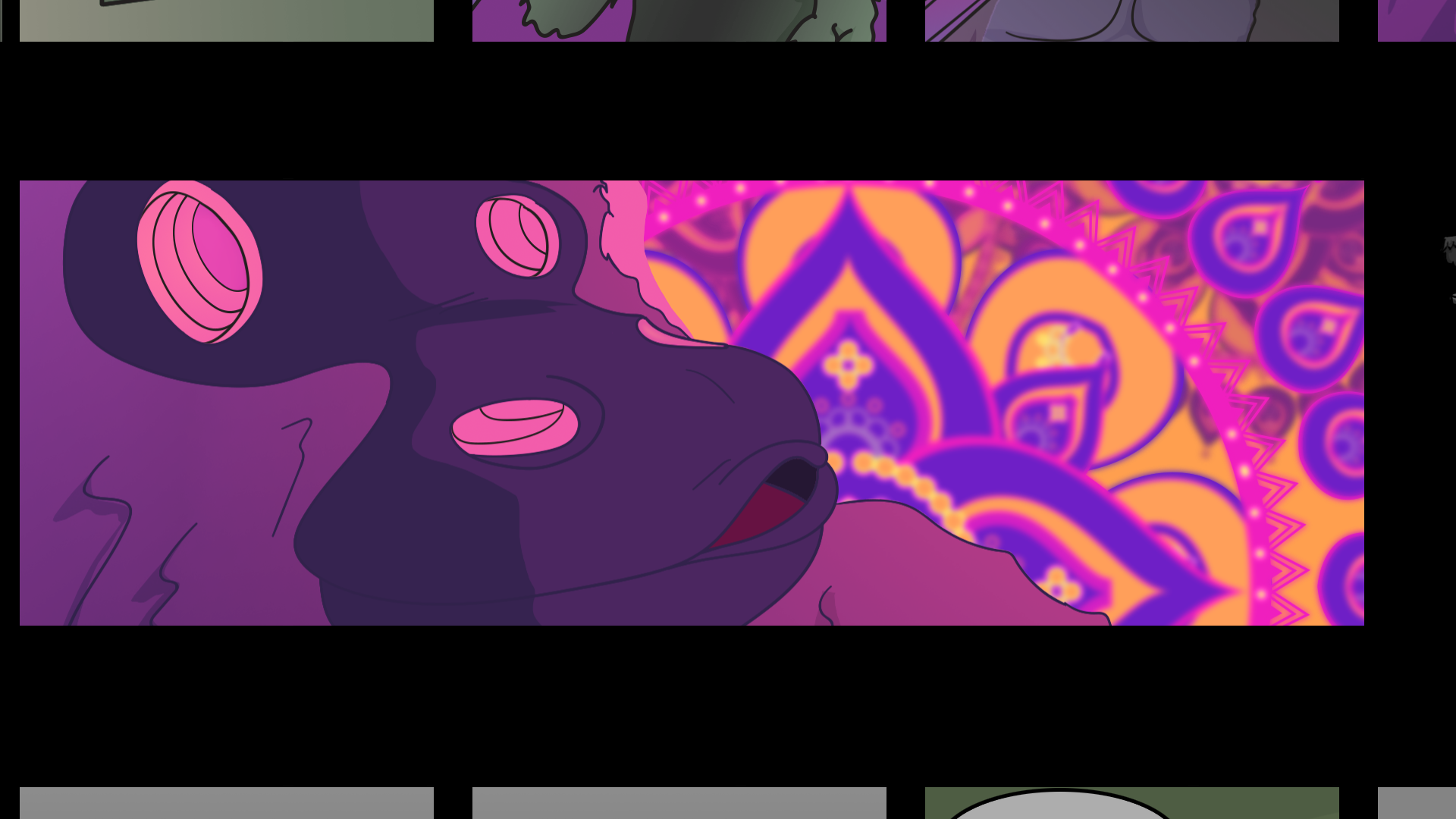 With regards to plot, the game is almost oddly contemporary, being entirely literal in its claim to be a story (sort of) about vaping. Despite also being about apes on space ships, the vaping angle manages to add an odd sense of relevance to the experience, either for being so timely about the trend, or just being first to find the trend interesting. You might argue that we could have just as easily had a game about fidget spinners too, yet it’s probably fine that we didn’t. But would you expect a game about apes vaping on a space ship to be a highbrow experience? Probably not, but the game dabbles in interesting themes all the same, and the contrast between the characters and setting with the themes and plot makes for a refreshing contrast that’s rarely seen and fun to engage with. 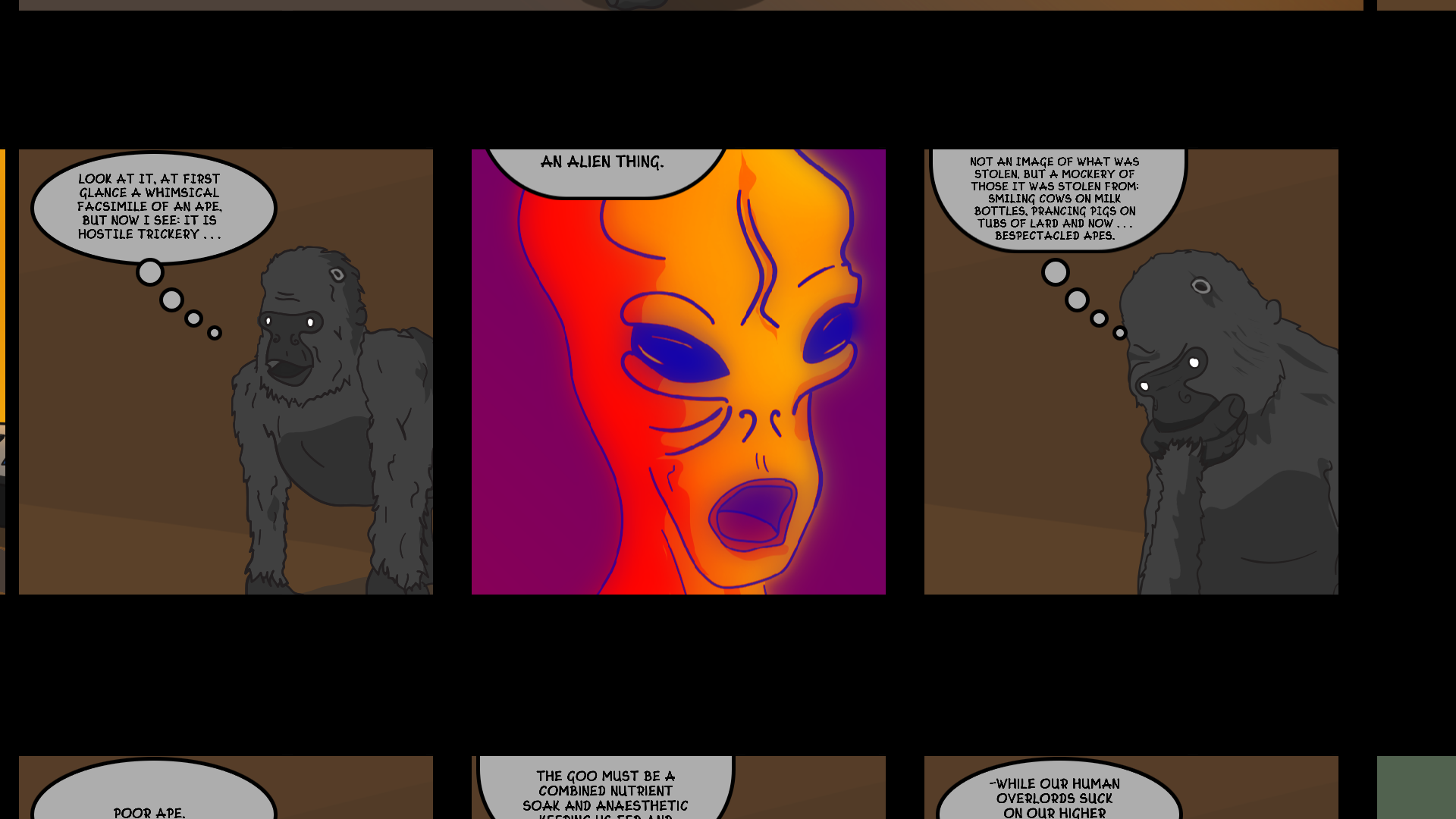 As you would expect from a game dealing in such contrasts, none of this takes itself terribly seriously, which is charming in its own right, but also adds to the length of the experience. Once you know how to beat the game, it can be done very quickly. The first playthrough likely taking closer to a half an hour is a product of the game surprising you. The puzzles are organic and original, generally requiring abstract thought to get past. 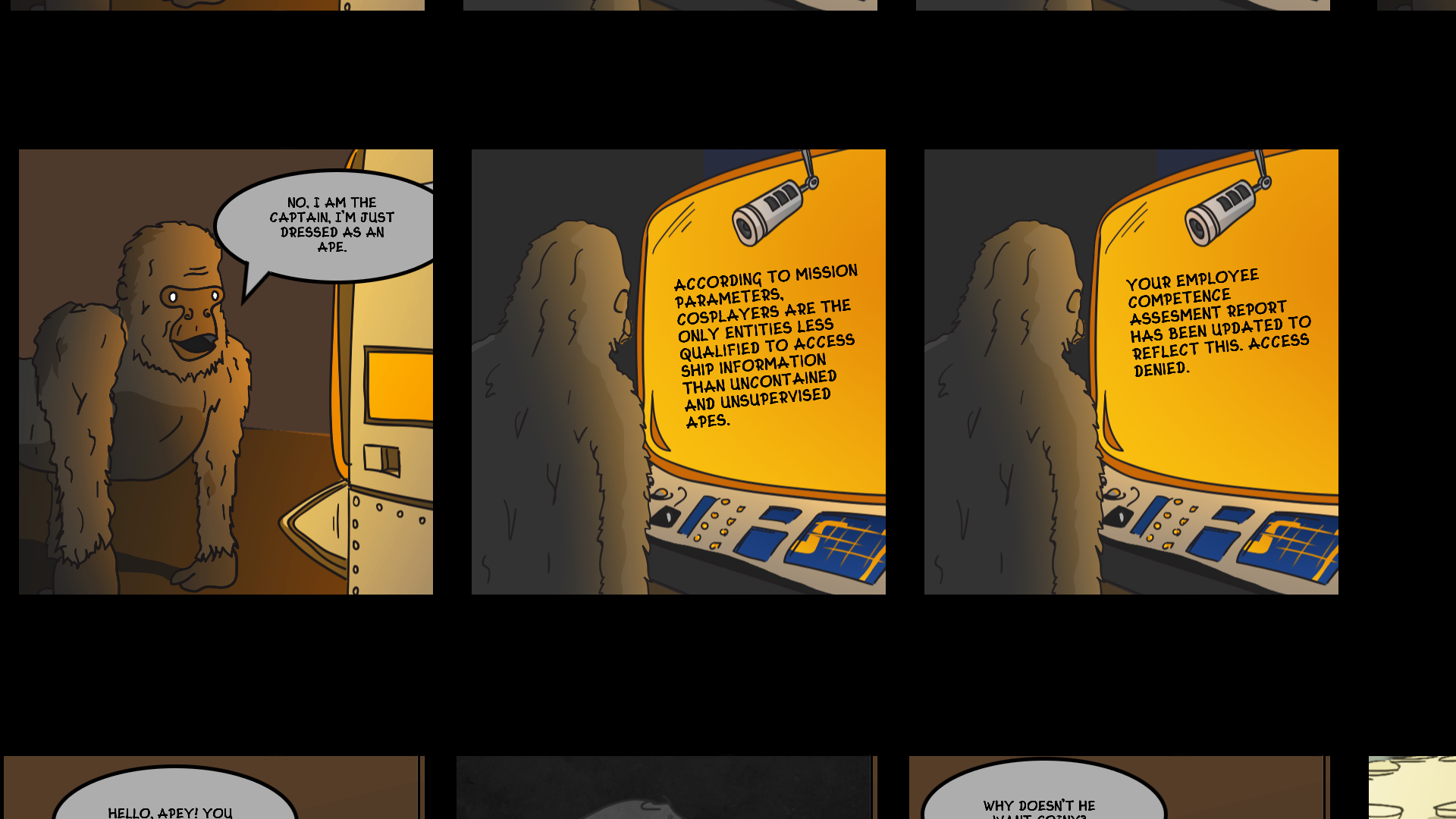 But even then, the game offers a bonus puzzle in that it features two endings. Finding the second ending is entirely logical and perfectly fitting with the themes of the larger experience. Despite the logical premise, in a quirk of the plot structure, arriving at the second ending requires the thoughtful piecing together of a specific sequence of events. Though these events logically lead to that second ending, it’s unlikely you’ll find it randomly, as it requires genuine insight into the story and the motivations of the characters to bring about. 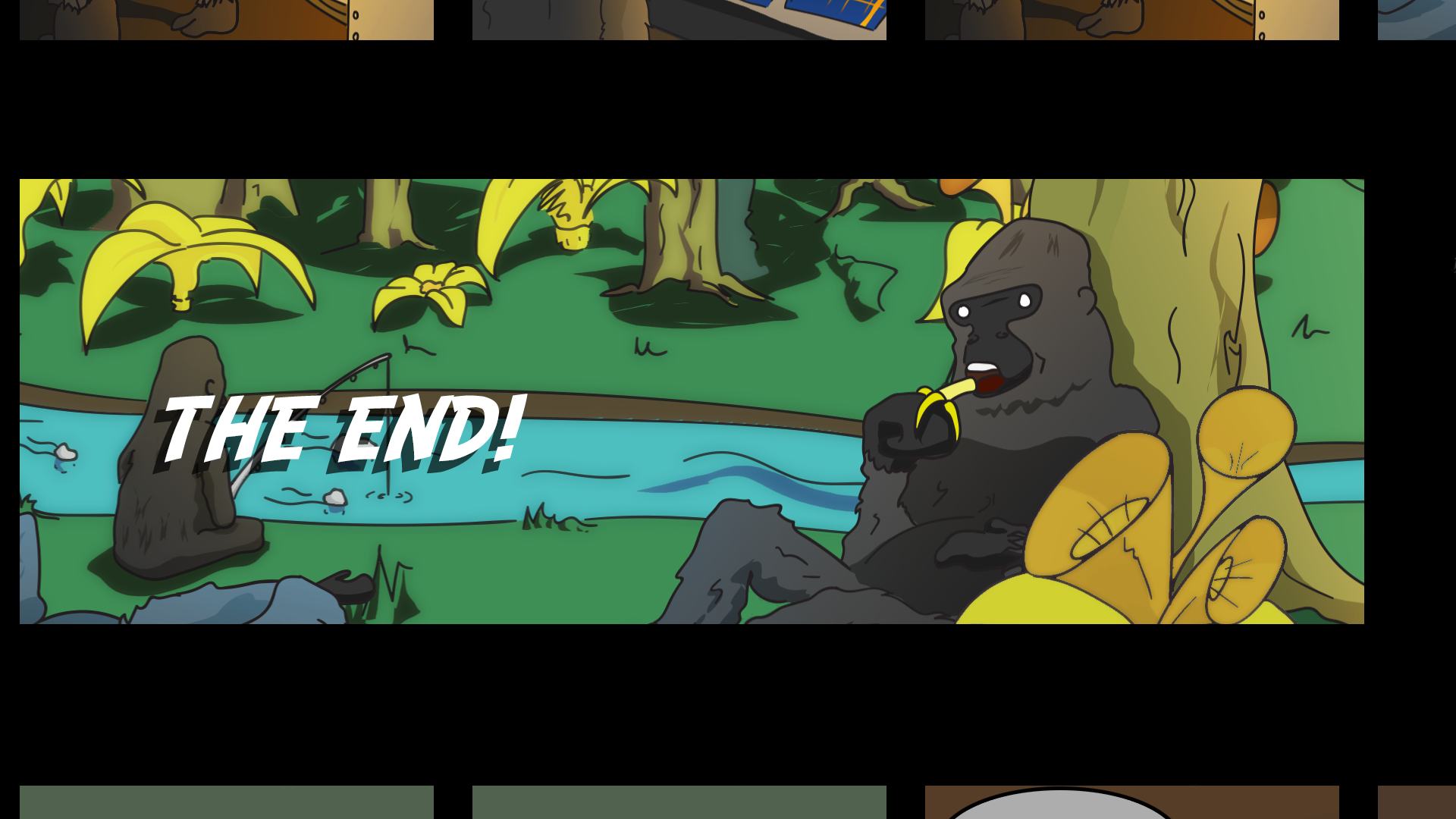 As a fun novelty, upon reaching either ending, the game will offer to generate a PDF of the comic book you just “wrote.” While being literally just an assemblage of screenshots of what you spent your game trying, this is still a nice touch, and can be fun to look at or play with.

Though likely to take less than half an hour to complete, vApe Escape offers a fresh take on the point & click adventure genre, projecting those mechanics onto a thoughtful, colorful, well-designed scenario. As the game’s only clear negative is its short playtime, I suggest playing it expecting the game to be a quick, single sitting experience. With that as the expectation, the game offers a clear charm that’s well worth experiencing.