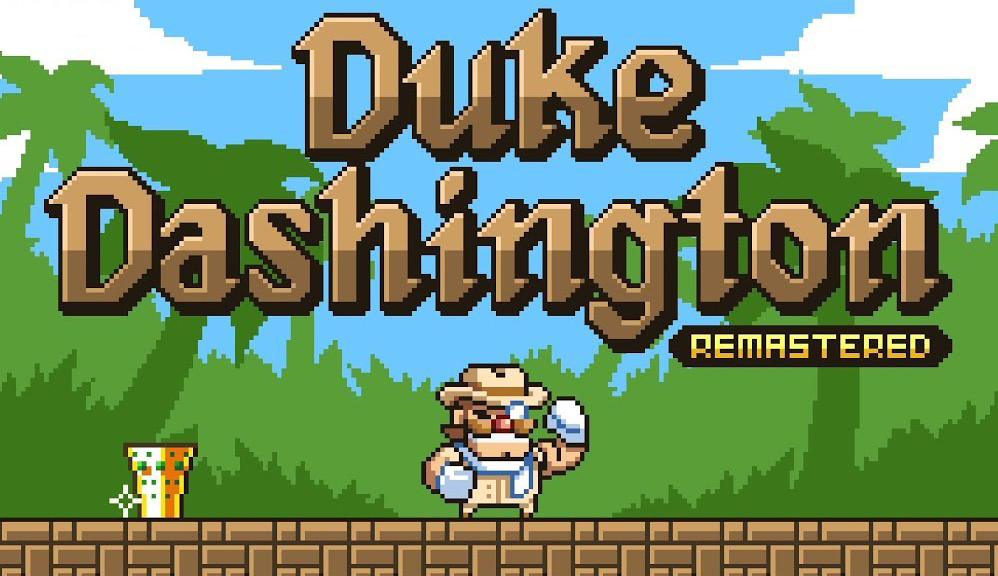 From mobile to PC

Duke Dashington is the PC remaster of a game released in 2014 on mobile. I must admit that I already played this game on my phone when it was released, and I was very happy to play it again now that it is on Steam. Usually mobile games ported to PC suffer from poor controls or no originality, but Duke Dashington worked on mobile and it still works wonders on PC. Let me explain why you should give it a try.

When I fondly remember my time with Super Mario Land 3: Wario Land, I get caught up in memories of dashing through the levels. You see, Wario is beefier than Mario, so he could take most of his enemies head-on and bump them out of his way. Duke Dashington not only looks very similar to Wario, but his control scheme is entirely based on his dashing ability. The character can’t even walk, all he can do is dash in one of three directions: right, left or up/jump. There is a button for each, with a multitude of options. WAD or the arrows both work on keyboard; on a controller, there is the D-Pad with jump both on D-Pad up and on A. It’s very simple to execute no matter what you play with, the only thing that you need to keep in mind is that you must be on a surface to execute a jump. 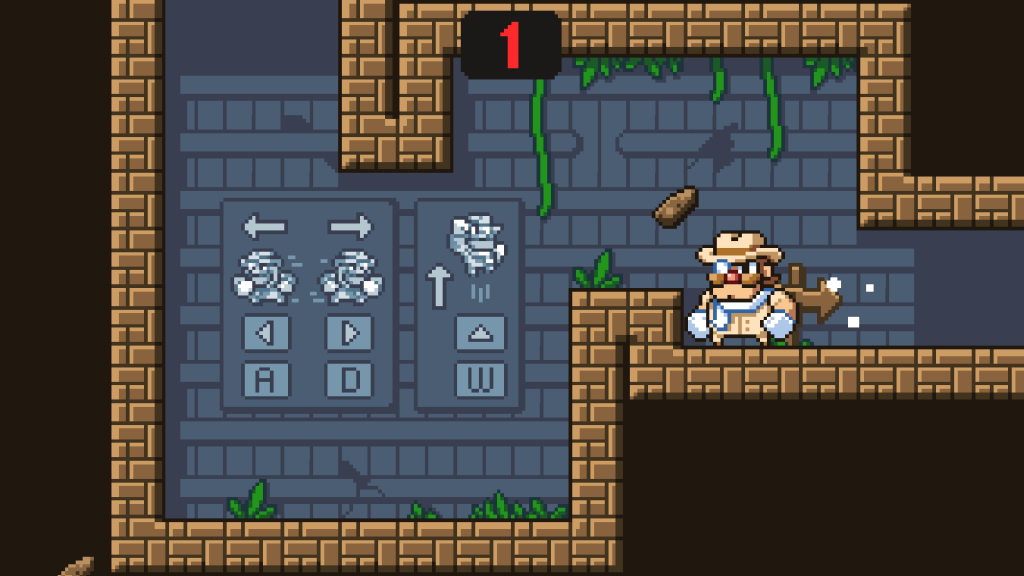 You can instantly feel how different it is from other platformers. You are not doing arching jumps, you are throwing yourself in straight lines at high speed. And that speed will be required, as each screen has to be executed within 10 seconds before the temple collapses. Each room is also a new checkpoint, so you always spawn right where you failed and you can try again without wasting any time. There are no enemies to fight, the challenge here is in timing the traps or figuring out the right path to get to the exit. You can’t stop a dash until you hit a wall, so you will often fly to your doom if you don’t aim towards a safe surface. This means that your main purpose is to figure out the right surface on which to halt your dash, so that you are right where you want to be. 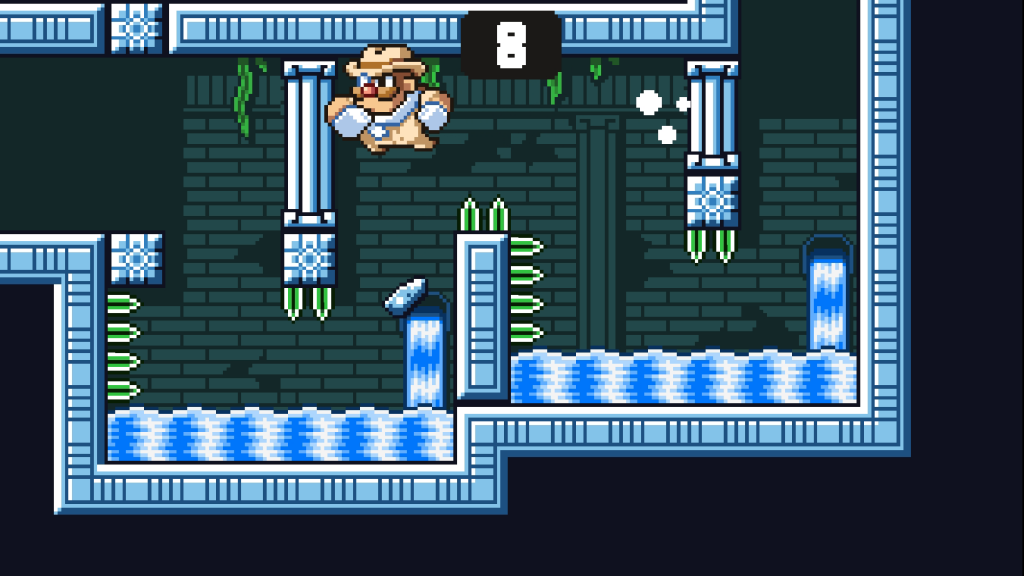 There are five temples in total, each one with its own environment and specific challenges. For example, the water temple is flooded and you can let the stream move you. The crystal temple has little carts that you can move or land on. You usually have to think fast, but there is no penalty for dying so you can start by figuring out what to do, then practice the sequence until you succeed. While some rooms are more challenging, overall it’s not an impossible game and I breezed through it in about one hour. Short, but sweet. Then there are time trials if you want to make it as fast as possible, and finally, no-death achievements that are where the true challenge lies. 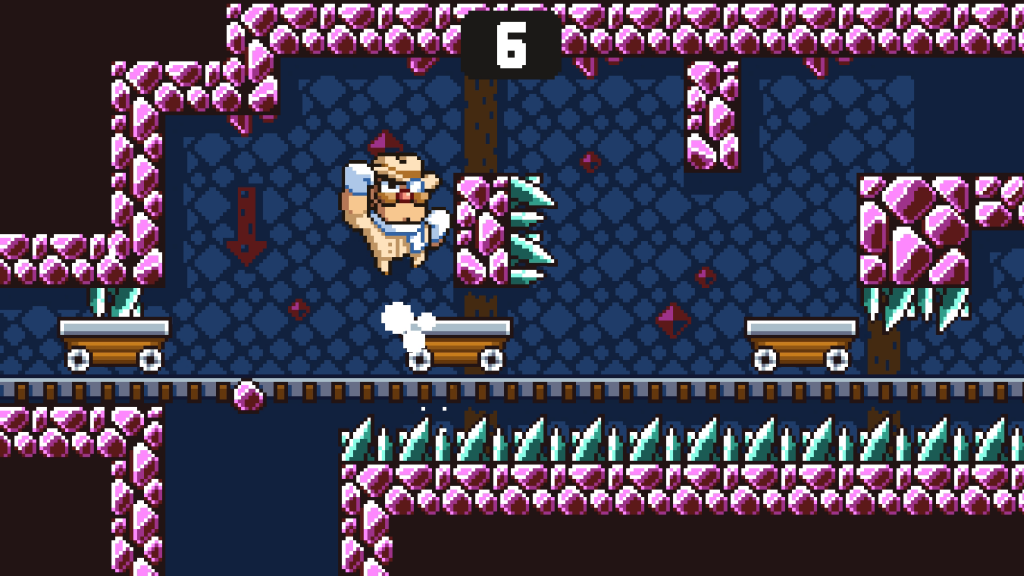 The game runs in low rez and is upscaled to fit the screen, but it’s not really an issue since it’s a pixel art game in the first place. Overall, I have no complaints about the remaster, it runs well and controls well, and I was very happy to play this game again since it left me with a very good impression on mobile. The only flaw that I noticed is that the cascades have a few pixels appearing on their side, but it’s a harmless visual glitch. 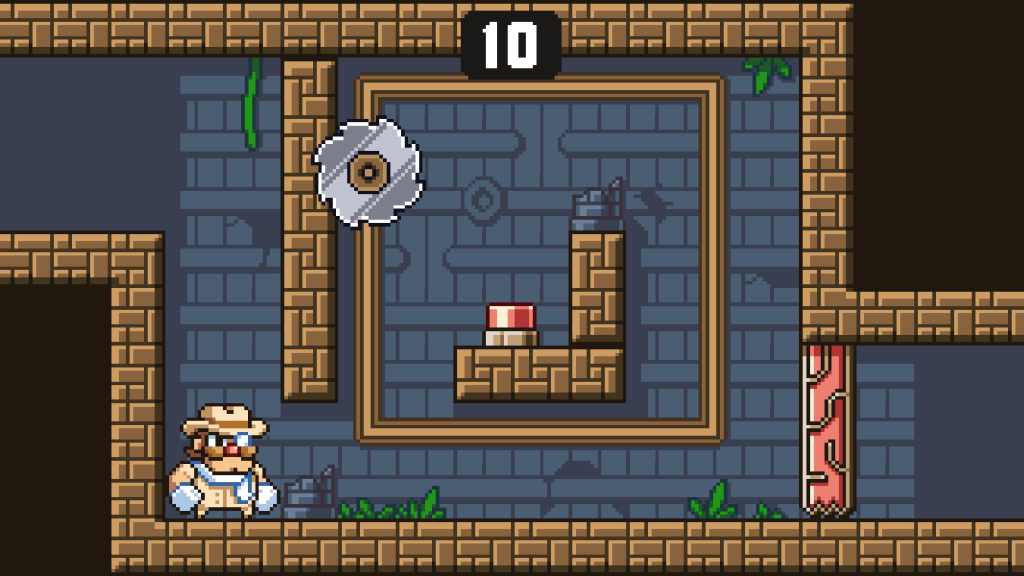 Duke Dashington is a joy of a puzzle platformer, short but fast and intense. When looking at the screenshots you might confuse it with yet another small-time platformer, but its movements based on dashes make it a unique and a worthy addition to any platformer lover’s collection. Even though it was made for mobile and thus a bite-sized experience, the price is low to match the length. I am always happy to play Duke Dashington, it’s a stimulating treat for your hands and your wits without ever becoming frustrating.