Another party pack, another great time with friends!

The Jackbox Party Packs are probably the most popular around when it comes to the style of game it is. We’ve had some great packs (2 and 4 were fantastic, though 3 was the weakest for me personally but still great fun) and 5 is no exception, even daring to claim to be the biggest of them all! And while that may their claim, I beg to differ as its game size is the same as the others and the content of each “mini-game” is not richer in any way, shape or form. However… it does provide some of the most fun the series has to offer with an array of fantastic new ideas and concepts that work really well and show that this is probably the most innovative pack of the lot.

As a side note, I need to add that as a bundle of party games, this has no story other than a small “plot intro” at the start of each mini-game where a narrator will explain the game and each narrator speaks differently and gives a different vibe to the game, depending on what it’s about, which I’ll address later. With the story out of the window (as it should for a game like this), the gameplay needs to compensate and as I spoiled this above: it does this marvelously.

Abbreviated to YDKJ, it’s a pure trivia game. You are asked questions and must answer correctly to win cash. By the end, the “richest” player wins! It’s a simple game and not even the cripple option it gives (where a losing player can make it harder for others to answer by, for example, removing all vowels of the answers to make reading harder or even forcing the opponent to introduce a particularly annoying password before he can pick one of the provided answers to the given question) doesn’t add much complexity to it. The narrator is very enjoyable and the overall vibe is extremely goofy for the images, scene transitions, and the even questions themselves.

The major gripe I have with this mini-game is the American aspect of it: the trivia is very focused on American culture and as such, most people who aren’t decently aware of American culture will struggle to understand many of the questions (like my friends and me) and will find the mode not fun because of it. Most of the questions are already trick questions, which is fun in itself, but with lots of names and terms most foreigners haven’t heard it makes it quite hard to fully enjoy this mode. 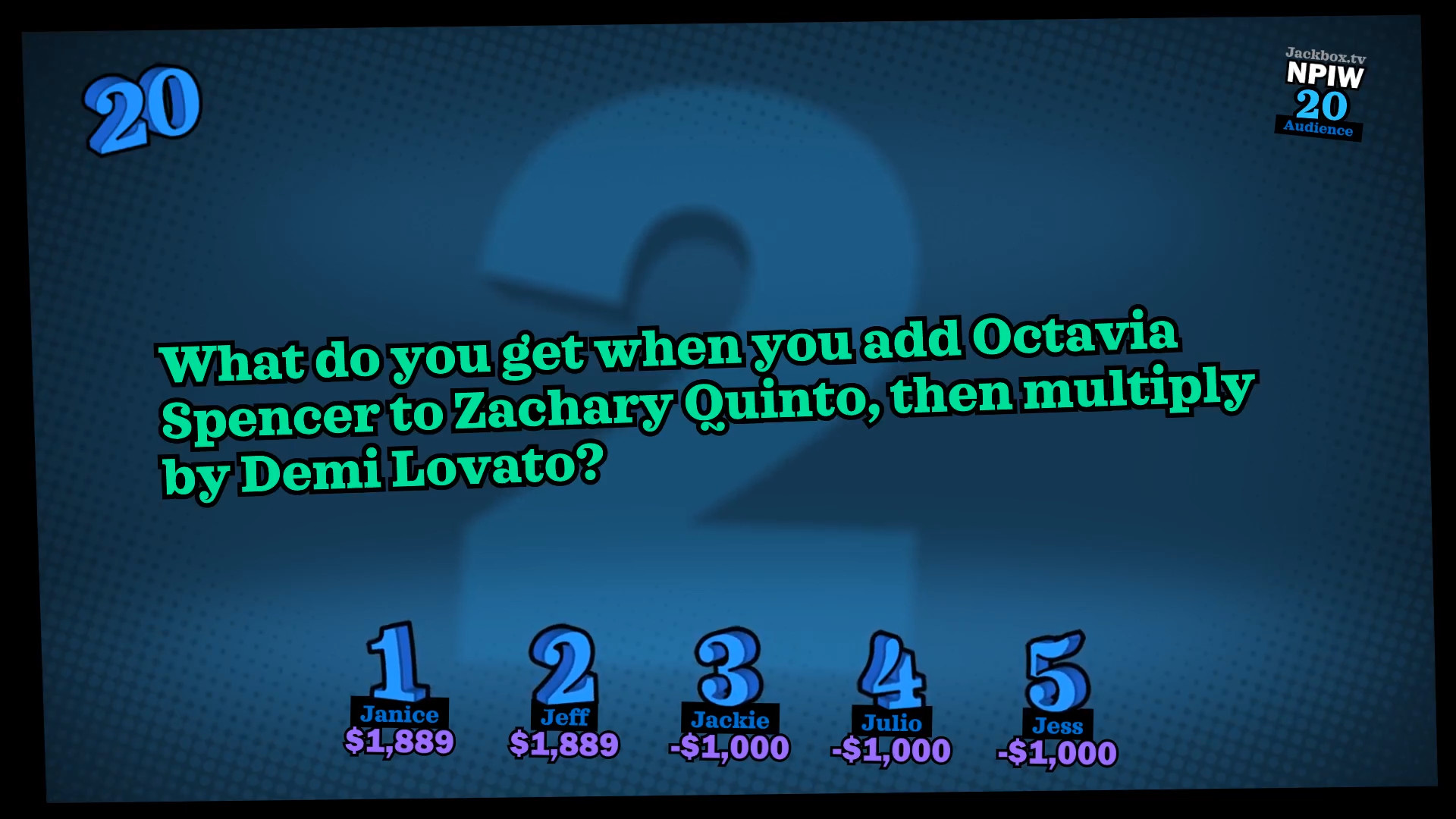 With Split the Room we have an interesting mini-game akin to truth or dare, where you’re given a situation with some sort of a catch or action you must do. That action is blank and must be filled by yourself (important to note, each player gets a different situation) and once everyone has filled their case, these are displayed to the opponent players, which will vote if they’d do that or not. One we did, for perspective, was if you’d “tattoo your forehead if given a million dollars”, to which some said “yes” and others said “no”. The ratio of the answers is taken into account: the more divided people are, the more points the person who wrote that situation will get. The one with the most point will obviously win.

This is, for me, one of the best modes in the pack due to how creative you can be filling that blank. The most unpredictable answers will usually be the ones that get the most laughs or the most “Oh, damn… hmm…”, and you’re sitting there in your chair thinking if you’d do that in real life or not. It’s just a blast to play as the creativity is the spotlight of this mode and, in my opinion, is the core feature I find in most of the Jackbox modes I prefer the most (and it’s not over for this pack). 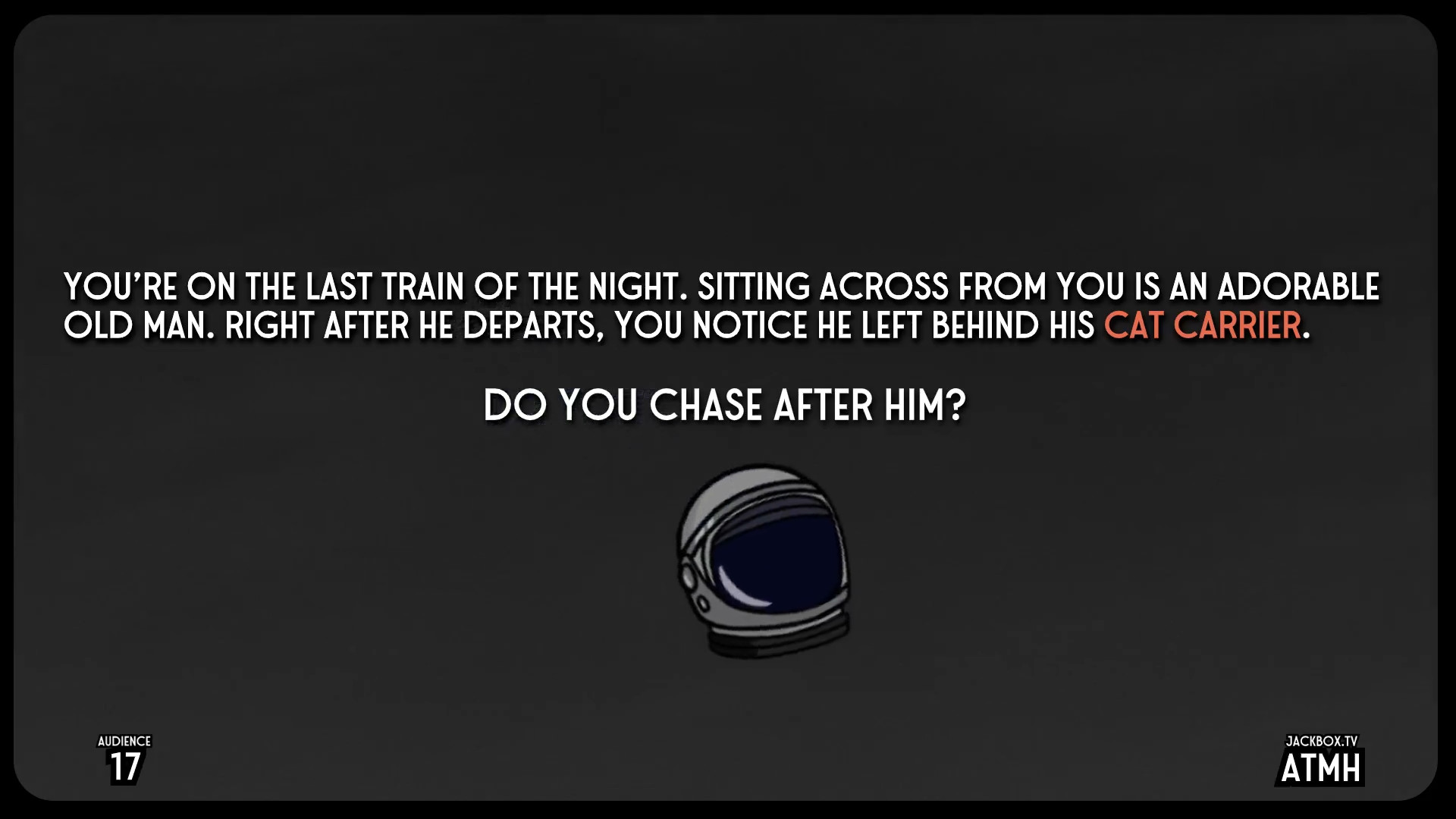 This mode is some of the most fun you can also have due to – you guessed it – the creativity it enables for the various players. Mad Verse is all about writing a good rap that is then battled with an opposing player (you can have more than 2 players, everyone battles another and eventually one will emerge victorious). 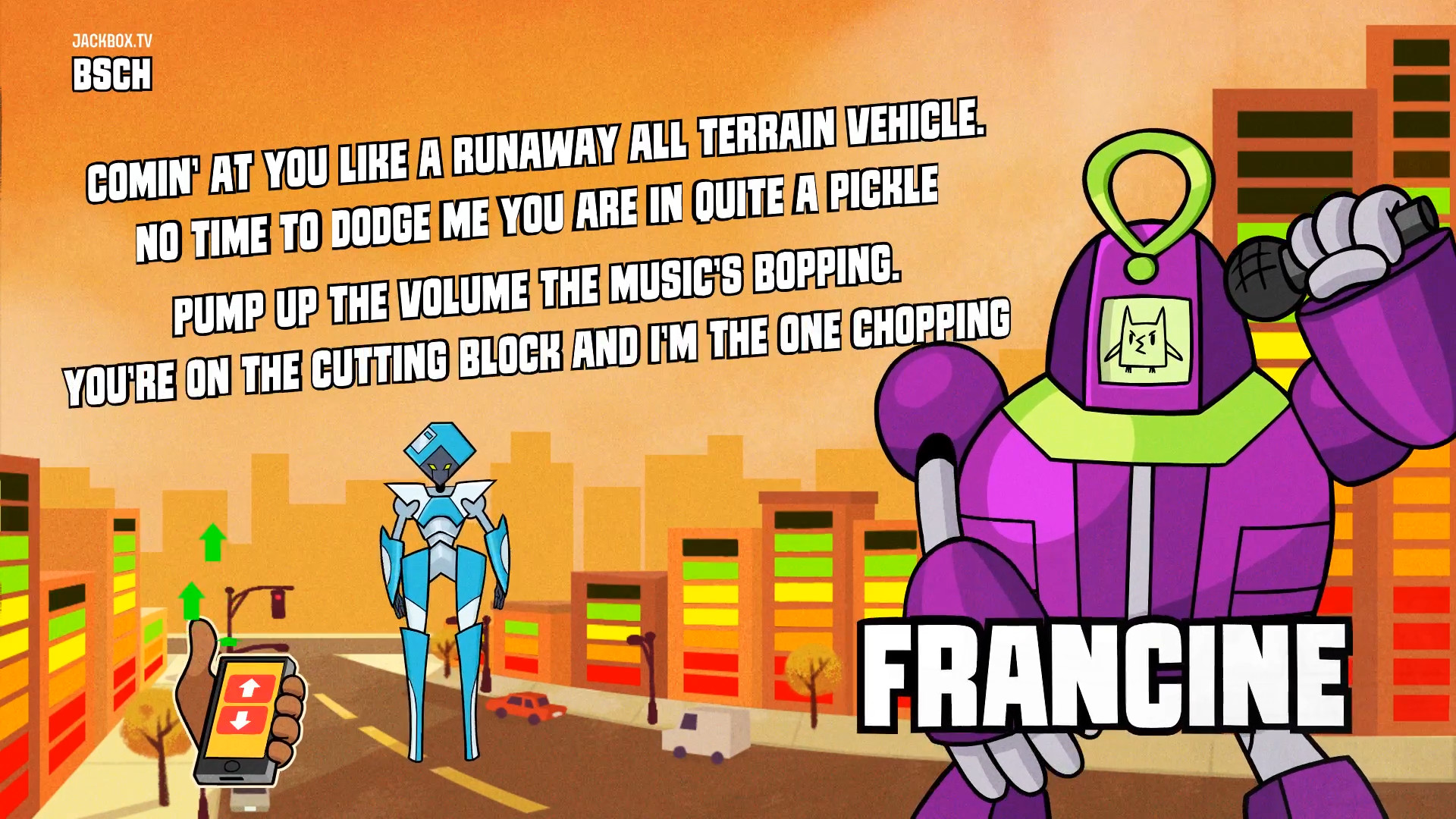 Good rhymes and knowing a good flow in each verse is crucial to achieving a good rap and that is easily noticed once the text-to-speech starts rapping your words (oh, yes! They have that! And it’s awesome!).

I did more “your mom” jokes that I am proud of…

I’m not ending the mini-game review with the wors… oh, right…

Yeah, Zeeple isn’t great unfortunately. The mechanics are interesting but the tutorial is absolutely atrocious and the game ends up being more trial and error than anything for the first few matches until you understand how everything works properly. In a pack where you have other games that get more fun (especially in the form of laughs) out of the time spent in them, you can completely skip Zeeple altogether.

It’s also worth noting that the overall performance of the game on the phone is weak as hell, it lags a lot and seems to run at 20-25 FPS all the time, making for a really unpleasant experience overall (even for pretty good phones so the performance was surely not a hardware related issue). 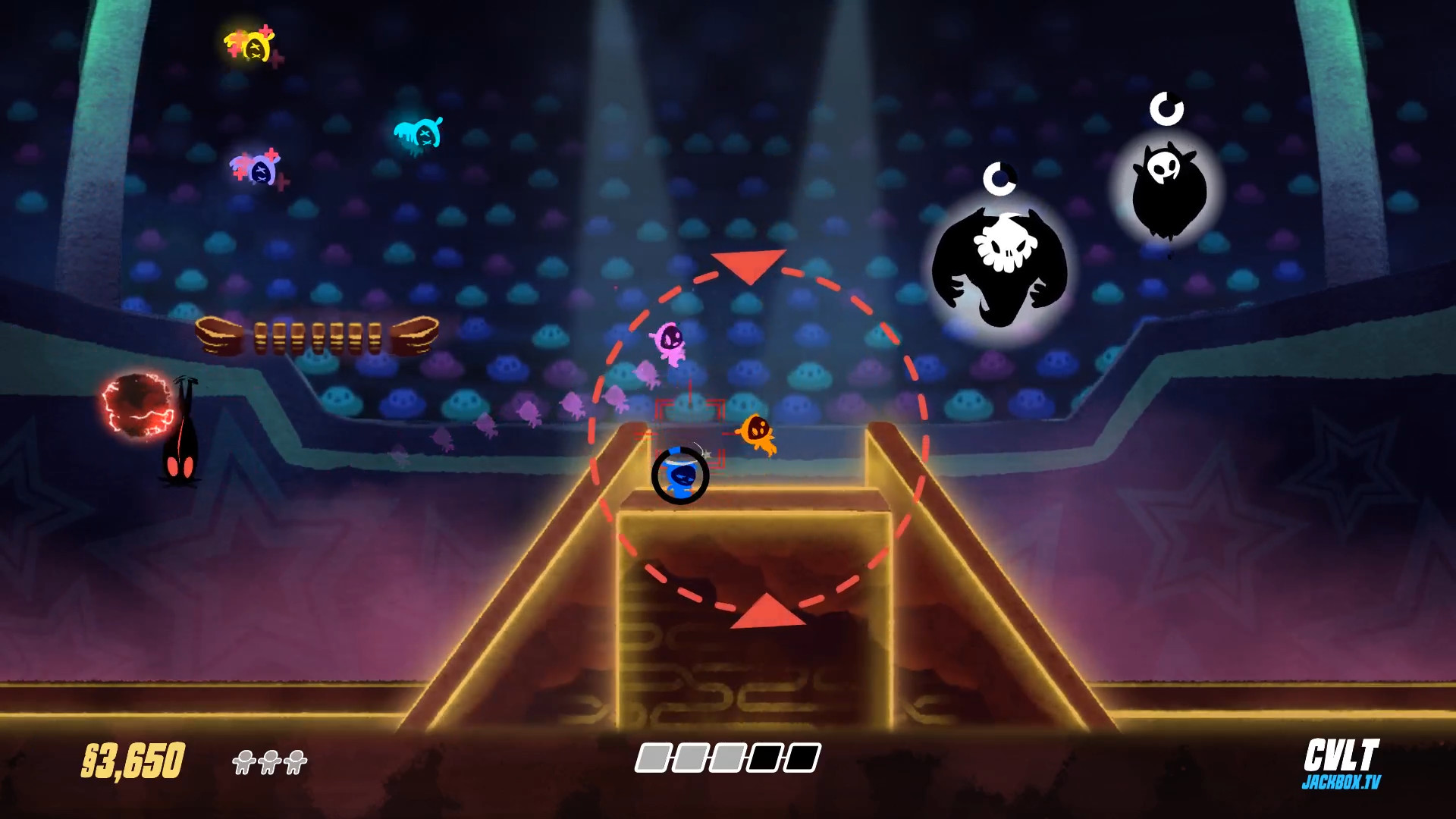 The star of the show!

Patently Stupid is introduced with a corporate themed narrating duo that explains the company is assigning the players to write a problem (this is done similarly to Split The Room, when an incomplete sentence is made and the blank must be filled) and another player will get the problem someone else wrote and design a title, a catchphrase and a drawing of the “project” that would consist of the solution to said problem.

This enables an unbelievably high amount of creativity and the laughs just flow by with each project presented, making it the best game of the pack for me.

Notice how I said “presented” just above: the new thing about this game mode is that you can get the narrating duo of the game to present the drawing concept, title, and catchphrase for you (no text-to-speech unfortunately so the catchphrase will never be read like Mad Verse City) in a very linear fashion (they never adapt the presentation to the title or the catchphrase) so it’s very disappointing to do it this way.

That’s precisely why you present yourself! Yes! You can choose that option before your project is next and once you do, you just have to talk through your idea/future patent and you even have buttons that allow you to decide in which order you want to present others the catchphrase, the title, and the drawing. By timing everything correctly to your presentation, you can get really proud of yourself even, despite your friends laughing in the background at how stupid your project probably is… 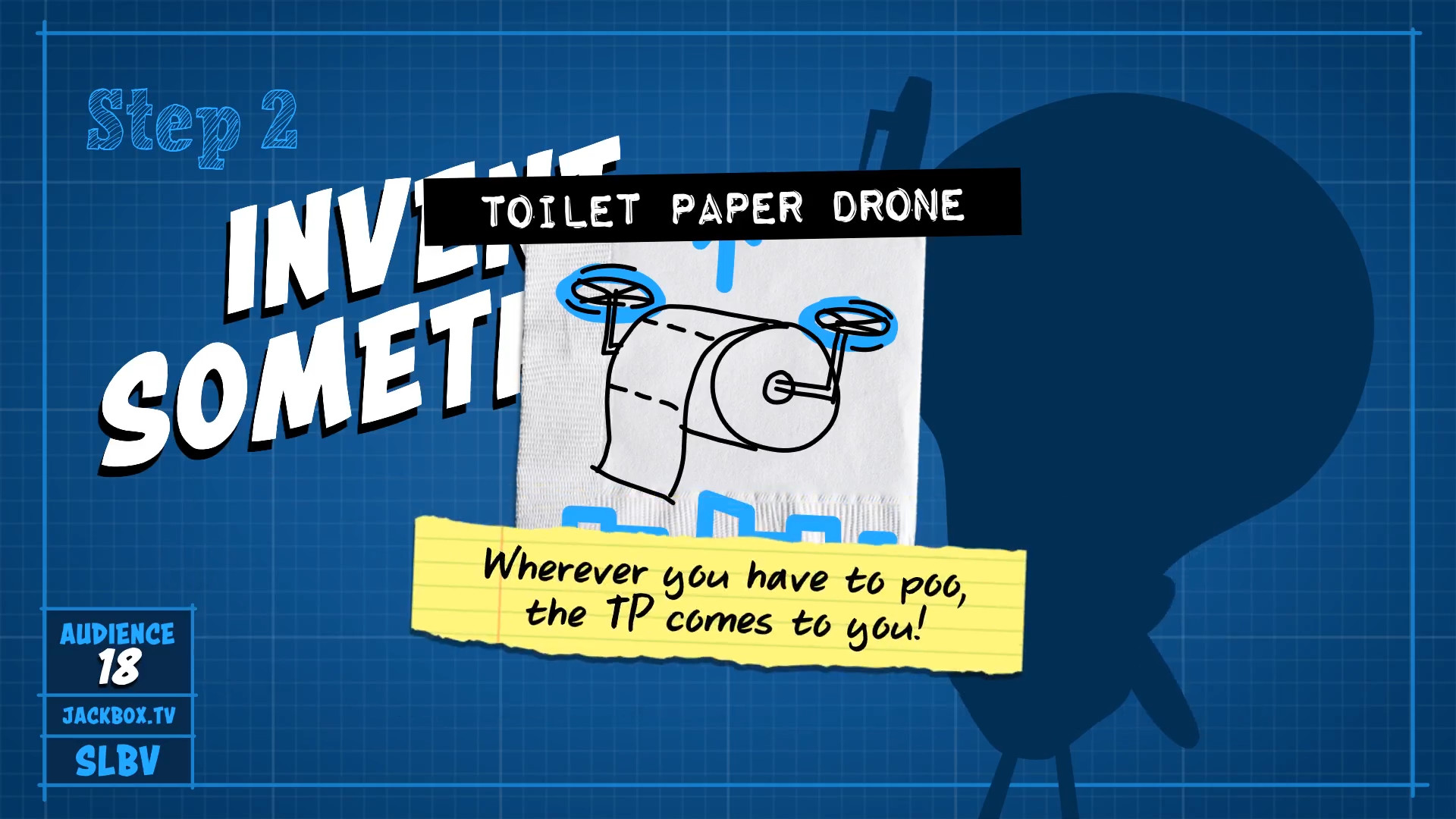 Let’s face it, nobody will give you a serious problem. So neither should your solution.

There is honestly not much else to approach about the Jackbox Party Pack. The interface is really simple and intuitive. The menus and how everything is presented is just great and easy to follow, even people with mediocre English skills (the game does note that it’s English only, sadly) can understand the games quite easily and quickly. The audio and the songs are fun to accompany you in the stressful endeavor of playing most modes (that require thinking and time limits, never a relaxing combo may I add) and the performance has nothing worth noting, it’s mostly everything talked through cutscenes or just still images/menu transitions. Most of the action will happen during player time, which is on your phone, tablet or browser (which some modes do allow, Zeeple is mobile exclusive unfortunately).

Overall, Jackbox Party Pack 5 is one of the best around, despite the misfire choice of putting Zeeple Dome in here, which is still commendable for adding a game different than most of the ones we’ve seen in previous Jackbox games. This is probably the one with the most interesting features (text-to-speech or making your own customizable presentation) and the most fun I’ve personally had; I still don’t think it’s worth the asking price for many people, though.

This pack, in particular, doesn’t have a single mode that requires physical presence (like some previous ones did) but it’s still a game that absolutely demands large amounts of players to have proper fun: some modes require 2 to 3 players but they are hardly close to the fun you will have with 5 or 6 more (which I thankfully did). If you can gather enough friends, then by all means split the money and you’ll each get the investment worth it. But for a single purchase to randomly try to get people to play, you will probably struggle to find the money or the time invested in the game to make it worth it. This is, however, a recurrent problem I’ve had with Jackbox games, so for previous buyers that found them worth the asking price, absolutely get this instantly! This is definitely in the top 2 packs (I’m still not sure if it beats Jackbox Party Pack 4).