A puzzle game with rotating tiles to direct the local equivalent of Lemmings.

There is something oddly satisfying about directing a line of lemmings, whether they survive until the exit or inadvertently fall to their doom with the sound of “sprotch” “sprotch” “sprotch”. Zombie Night Terror replaced Lemmings’ interaction with action and combat, and now Molecats asks us to direct some underground cats (the titular mole-cats) in a system of caves. But rather than giving orders to a line of protagonists, there are only a few of them and we act on the environment to direct them to where they are supposed to go.

Turning tiles struck me as this game’s killer feature, and I pictured it like in some board games which have players building or modifying the layout of the game on the fly, placing, moving or rotating tiles as they please. Even though it’s not possible to exactly replicate the tactile feel of cardboard tiles on a screen, it’s sort of what I was expecting with Molecats. My first disappointment came when I had to move a tile by dryly clicking an arrow in the corner. I would have preferred to drag that arrow in any direction or use keyboard keys. Well, the system actually works as it is… unlike the rest. 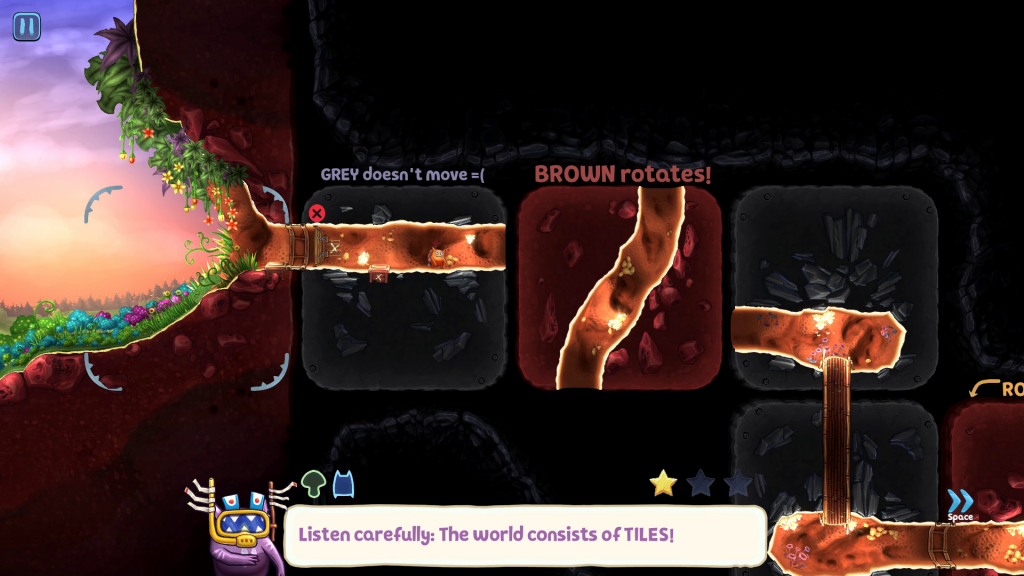 The first levels were dragging to crawl, a dull bore. Why, you might ask? The explanation is simple, waiting for the creatures to be in the right spot to turn a tile was infuriatingly slow. Miss the right timing and they keep walking in the opposite direction until they hit a dead-end and finally come back. It’s possible to fast forward, but it was still a lot of wasted time. Conversely, there is no active pause to avoid missing the right timing. There is a pause button, but it’s not possible to give orders while the game is paused, which drastically takes the fun out of playing Molecats. 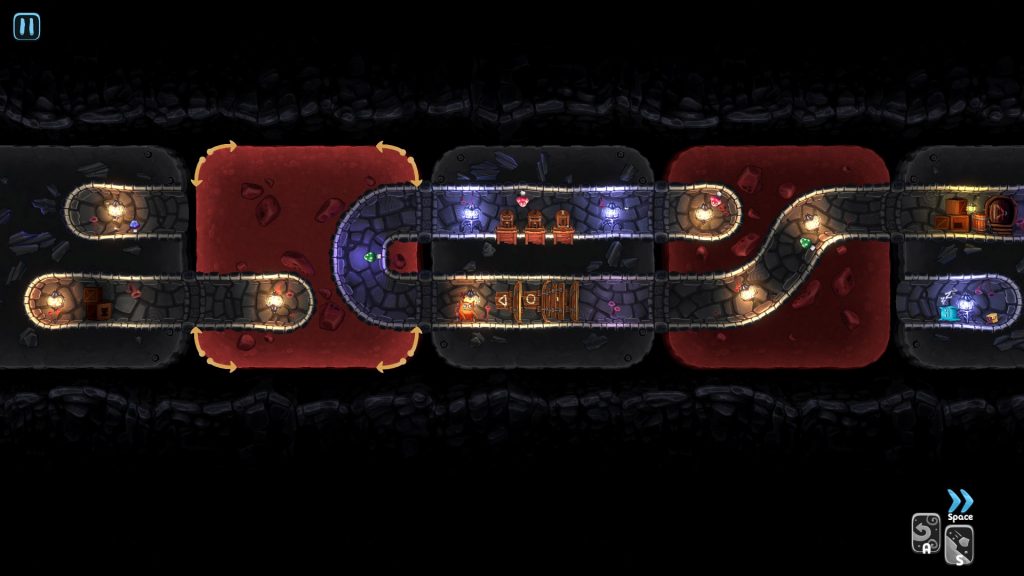 Later on, new powers that are acquired ease out the early difficulty. It becomes possible to force a creature to stand still, or to change direction, or to run. These orders apply to a whole tile, which can be grating when trying to ask critters looking in opposite directions to turn the same way. I had to wait for one of them to enter a new tile so I could give the order. There is no direct control of the creatures, and I constantly had to click on the tiles they were passing through. In some levels, you better not let a critter escape your notice as they might fall in a well if you did not remember to ask them to run when they crossed over. 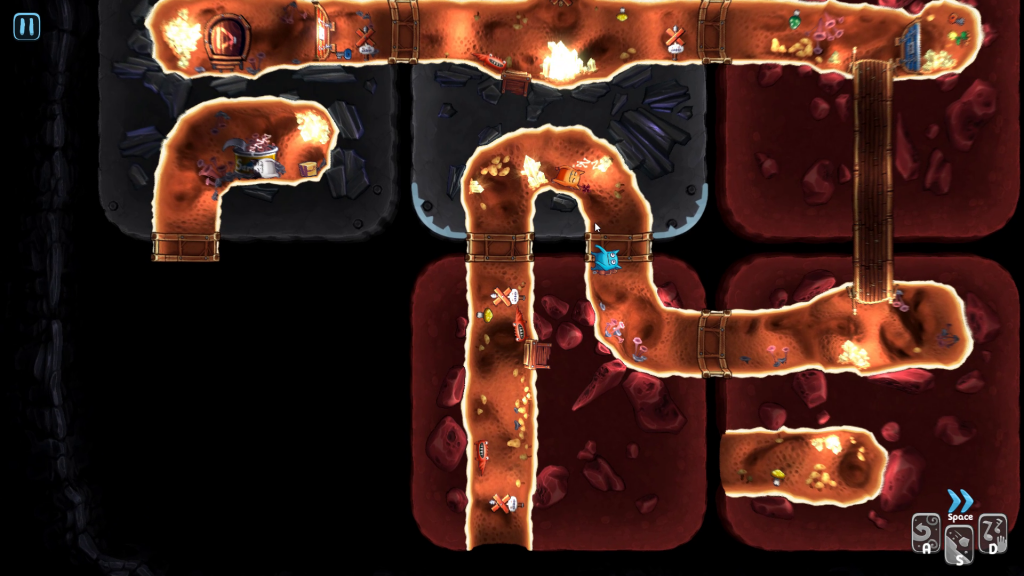 So it’s a headache to control the Molecats, and you can add to that the headache of thinking in terms of rotating layouts, trying to figure out paths by moving the tiles around as the creatures keep moving (since there is no active pause to experiment). And the puzzles can be a headache too, with buttons and triggers that require timing while a few monsters chase your creatures away (no killing). This whole overuse of buttons and keys is tedious. I regret to say that playing this game was a wholly unpleasant experience to me. 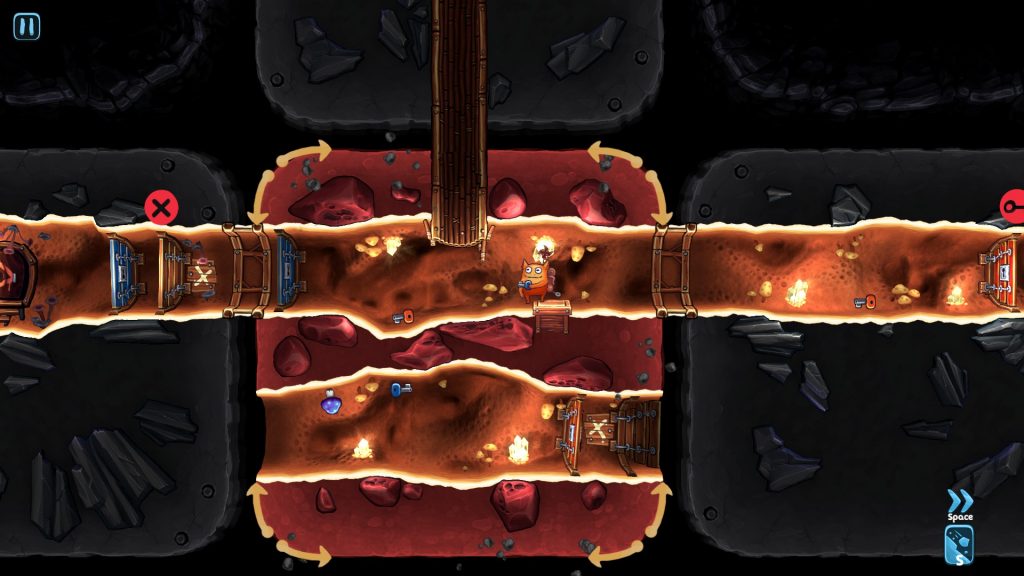 I was forcing myself to progress through the levels to provide an accurate review, sometimes taking breaks of several days to prevent a burn-out. However, I still can’t claim to have completed the 50+ levels. If you are a completionist you will find a lot to like here, as you need to save all the Molecats in each level, find all the mushrooms, and find items to unlock bonus levels and even uncover secret tiles. 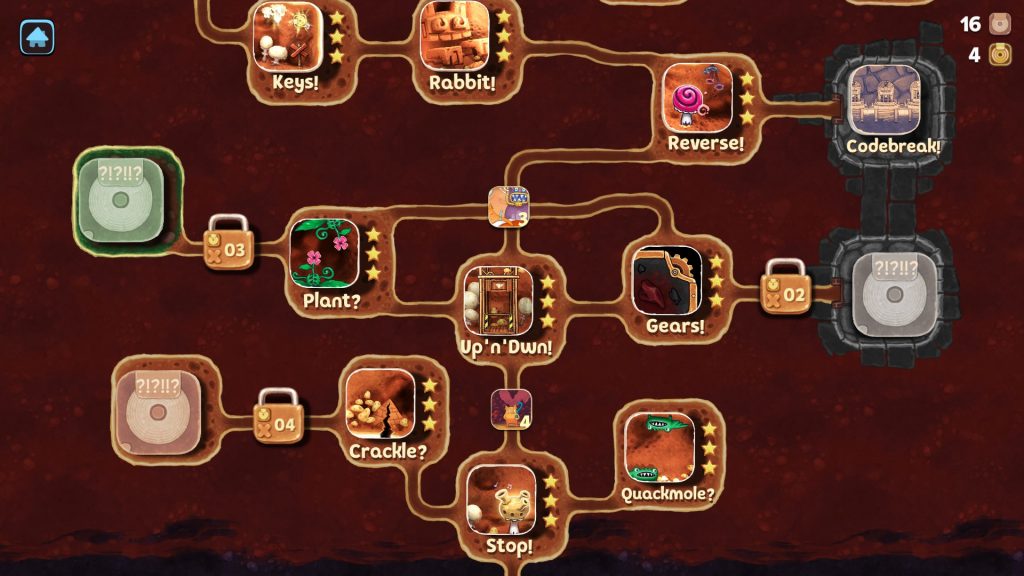 Usually, I talk about the story in the opening paragraphs, but I was completely puzzled by Molecats’ story told through short vignettes. At least the atmosphere had some character, distantly reminding me of the Amanita Design games and their unconventional weirdness. 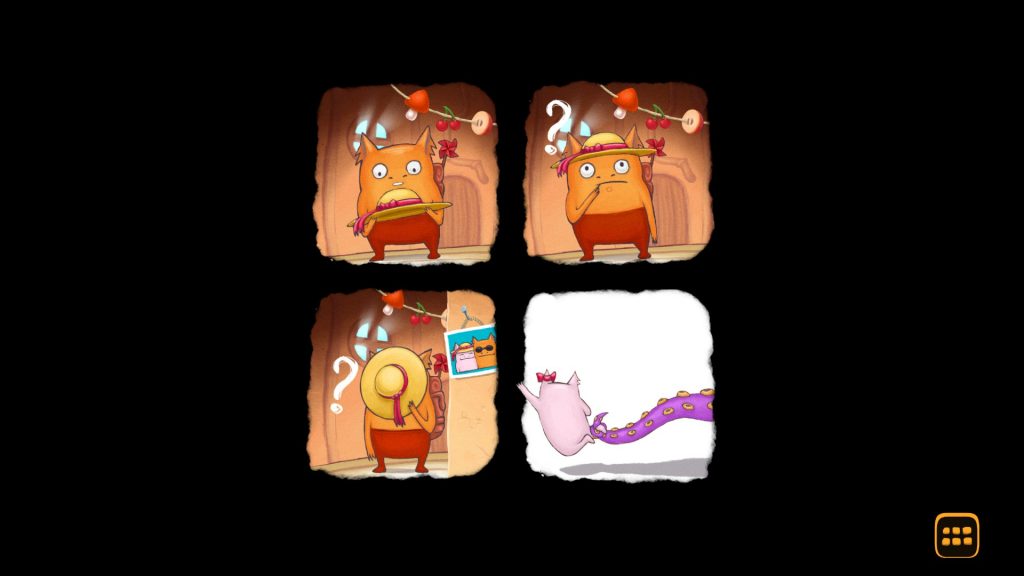 Molecats’ controls were too unpleasant for me to enjoy playing the game, made worse with the lack of an active pause to carefully manage orders. It sits weirdly between “you need to think through the puzzles” and “think fast, the timings are tight”, so I doubt it will find an audience since it’s neither a quirky platformer nor a puzzle game that can be carefully and slowly approached nor a standard Lemmings game. If you are not put off by any of my complaints, you will find a weirdly charming game with lots of content to keep you busy for many hours.