Story-driven RPG with dynamic combat, let down by lack of explanation.

EMPYRE is a story-driven adventure with a lot of squad-based combat. The setting is an alternative New York circa 1900 after an unexplained flood has put most of the city underwater and a crisis is brewing due to shortage of fresh drinking water. You have a squad of 4-6 characters – some of them leave as part of the storyline, then new ones join – and your overall objective is to find a solution to the water problem.

Here’s how it goes… your squad runs in the direction of the blue marker on the minimap; you meet a NPC and there’s a conversation during which you may have to choose a response but it really doesn’t seem to make any difference what you say; you run towards the next blue marker and then a bunch of enemies appear; kill the enemies; collect the loot; rinse and repeat a couple more times; complete the quest; upgrade skill points; move on to the next area.

The game is very linear. You run from A to B, read dialogue and do some combat along the way. 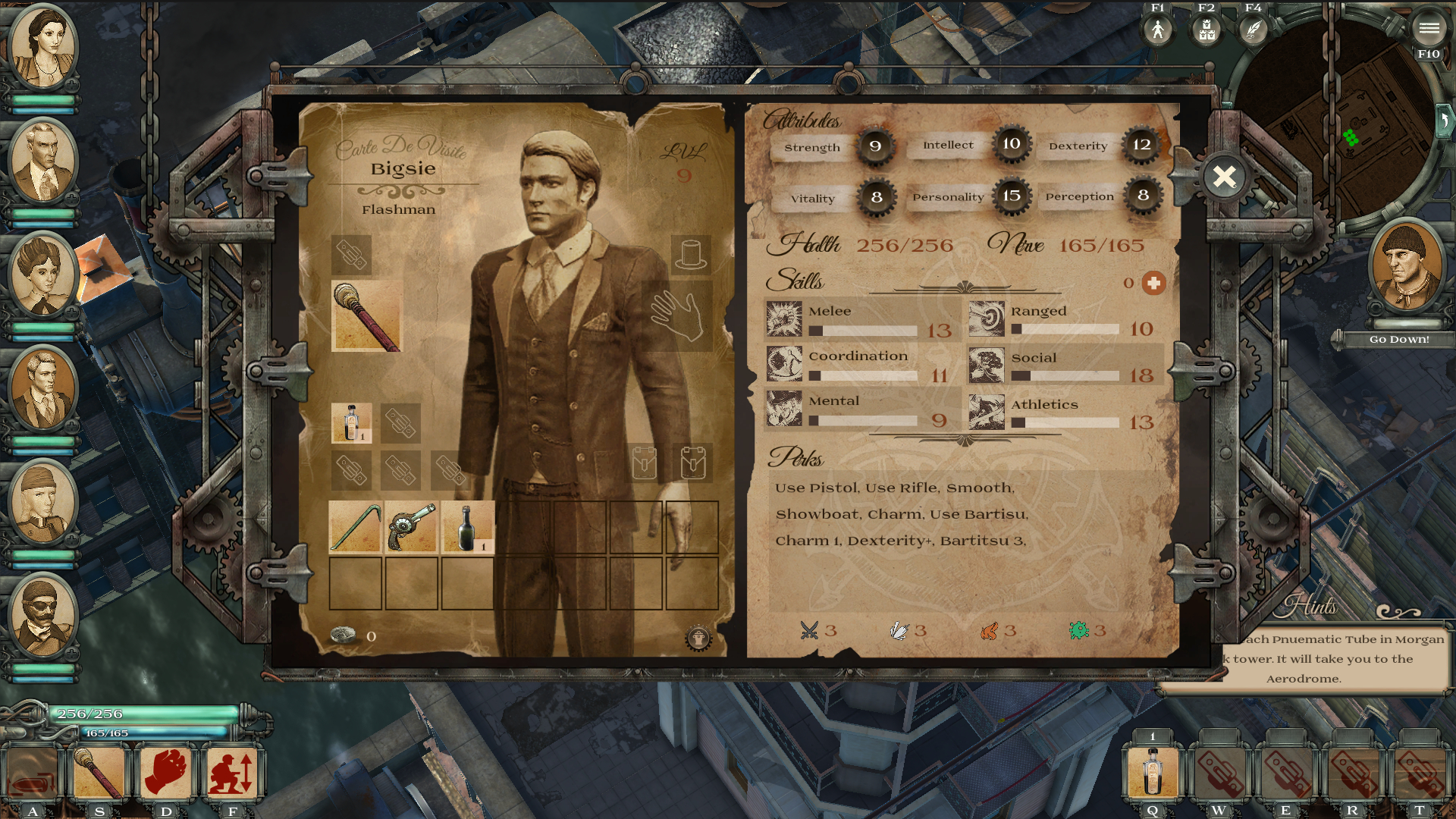 Clunky is the word that springs to mind when you first start playing but then it becomes quite satisfying, once you get the hang of it. You hit the spacebar to pause the action and assign a set of actions to each of your squad – reload, switch weapon, move, attack – then unpause and let it run for a bit and see how the enemies are reacting. You can flank the baddies, use cover, combinations of melee and ranged and that sort of thing to hopefully wipe them all out. It’s a last-man-standing victory condition, so as long as you have someone still alive you win the battle. The rest of your squad will revive, you can use health potions to top up, reload your weapons and move on to the next thing.

If you lose the battle, the autosave will put you back at the start of the mission and you’ll lose no more than five minutes of progress. 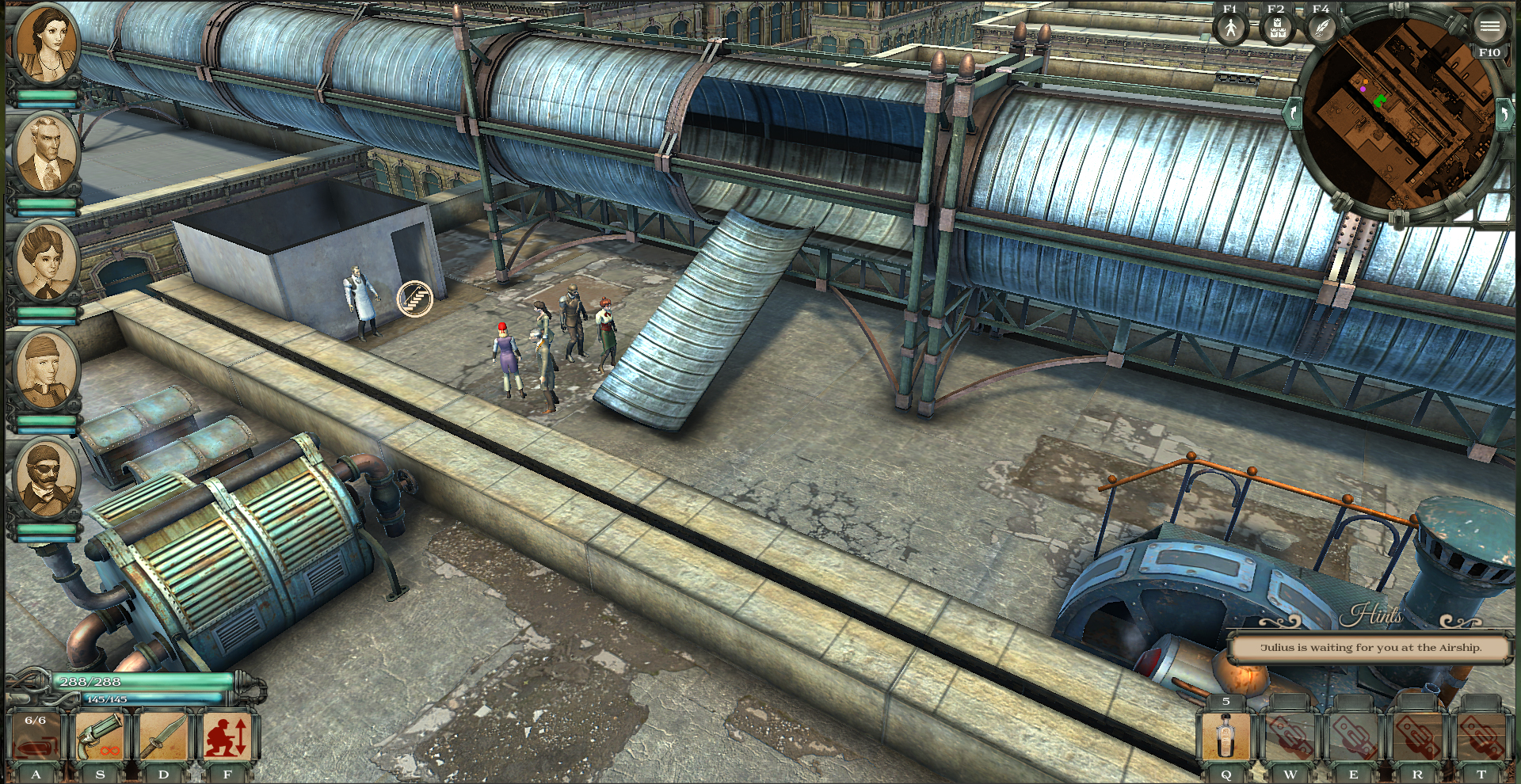 I would say very pleasant graphics but not particularly spectacular. It does the job. I do enjoy the background music, it’s a kind of fun, retro Hammond Organ tune. If you ever stood in a lift during the 1970s this is what you would hear.

The dialogue deserves a special mention. There’s a lot of it, and normally I would say this is a big turn-off, but it’s very well written and kept me engaged and interested in the story. The spelling and grammar is all perfect too. A couple of snippets that tickled me:

“That room is full of bores and charlatans. I cannot bear to go in there.”

Streetwalker: a lady who offers the world her kindnesses. 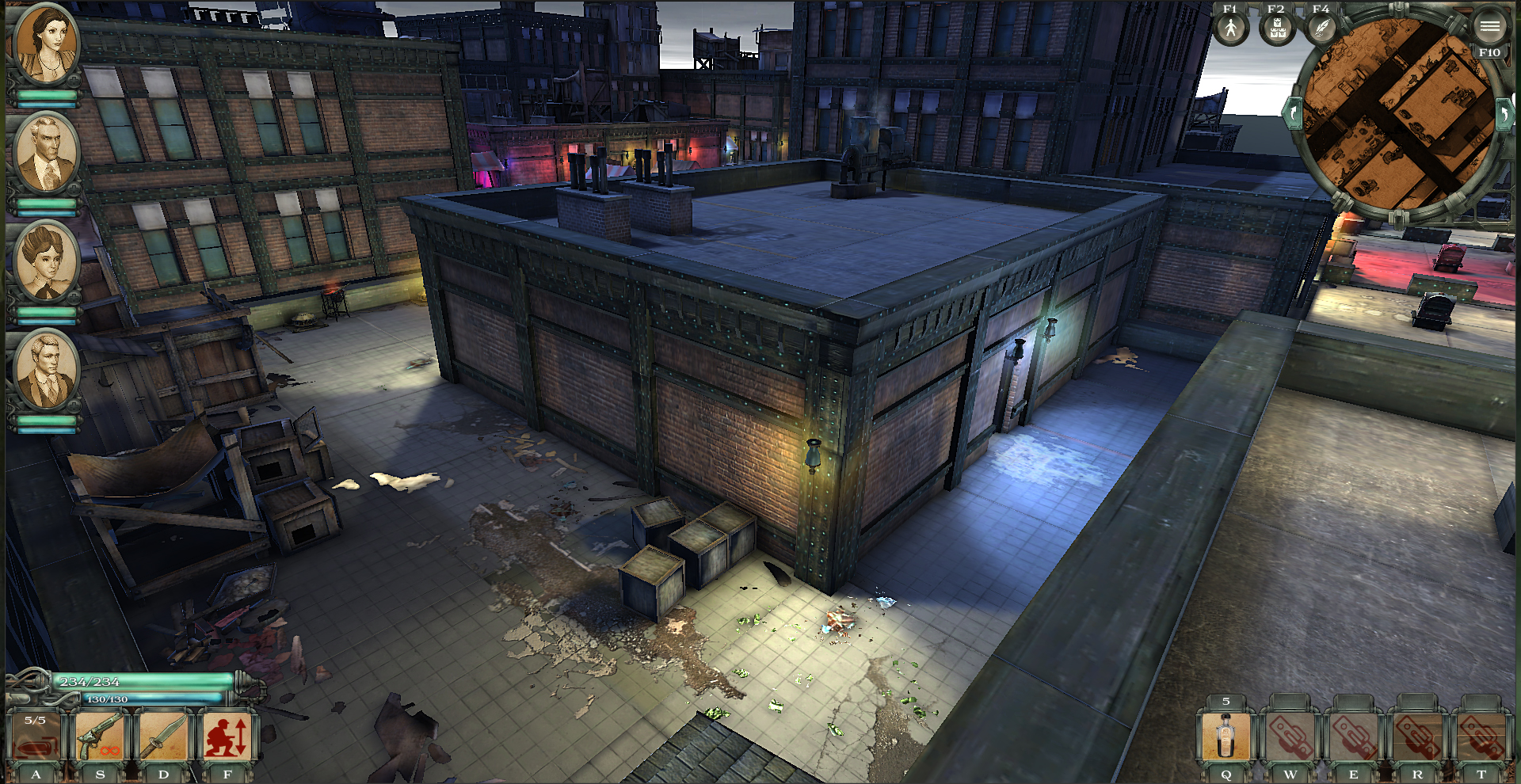 The so-called tutorial at the start of the game shows you the bare basics, and that’s enough to allow you to make progress in a plain-vanilla fashion (namely, firearms and melee). The trouble is that there are all kinds of special weapons, skill trees, trading and other stuff that’s not explained at all. I would say “… and you have to work out the rest of it for yourself” but I’ve played for several hours now, and the vague confusion persists. I still have no clue how any of the more advanced game mechanics work.

I’ve got inventories full of traps, acid bombs, poisons etc but no idea how to use them. Fine, I thought, since I can’t use them I’ll trade them instead when the trader appears in between missions. Nope. He won’t accept any of my stuff, nor can I seem to spend any of the money I’ve collected. Spending skill points is another unfathomable mess. Deftness? Finesse? Guile? What?!

It leaves you in a permanent state of noob mode.

There are difficulty settings when you start the game. I played on Easy, as usual, and I was able to make good progress without too many hiccups. I’m assuming that when you crank up the difficulty the combat becomes tougher and you would need to learn more about how to deploy skill points, special weapons and suchlike. As I mentioned above, learning how to use these things in the first place is a difficulty in itself. I have no intention of attempting this feat. 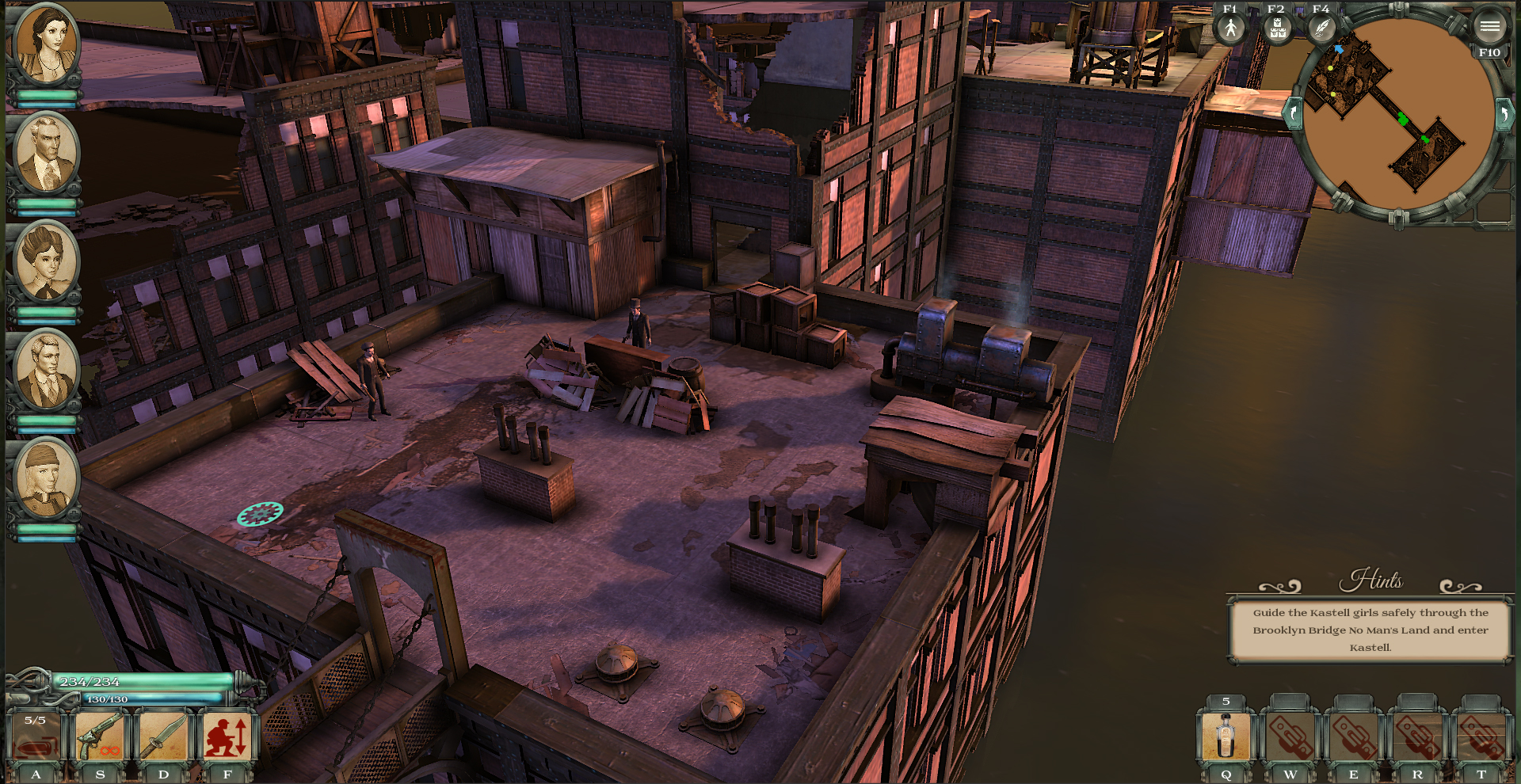 When you plonk it on the weighing scales it’s a good quality game with plenty of content, so yes, strictly speaking I’d say it’s worth the asking price. However, in this price bracket there are a lot of heavy hitters on the Steam store and if I had $30 in my pocket would I choose this game over any of those others? Not a chance, sorry.

In keeping with the overall theme of confusion, there are no items listed on the store page. However, I can confirm that there are 66 achievements, most of which arrive in a predictable manner during normal gameplay. Play again on hard mode to get the second half of them. No trading cards, no controller support, no Steam Cloud or anything else as far as I can tell.

It’s Windows-only but runs flawlessly under Linux Steam Play, to my delight.

I have enjoyed my time with EMPYRE. The storyline is worthwhile, combat is dynamic enough to keep it fun and I can make progress without any major frustrations. The problem is that I feel like I’ll never be in full control of the game mechanics and I’m missing out on a deeper, richer experience that’s available but out of my reach. More to the point, I’ll never be able to get any of the hard-mode achievements.