If you’re looking for ‘something different’, this is it. The overall focus of the game is on the storyline of Haimrik’s medieval quest, chatting with many different characters all wanting him to do stuff for them which involves battling goblins, dragons, knights and so forth. OK you can stop yawning now because this is not your run-of-the mill RPG…

When you enter a battle phase you’re presented with platforms that contain the textual lines of what’s happening in the scene. You have to read the whole sentences, pick out the words you think might help you craft a solution or defeat an enemy, then run back and forth to activate certain words in the sentences which perform actions, combine with other words or equip you with a weapon. 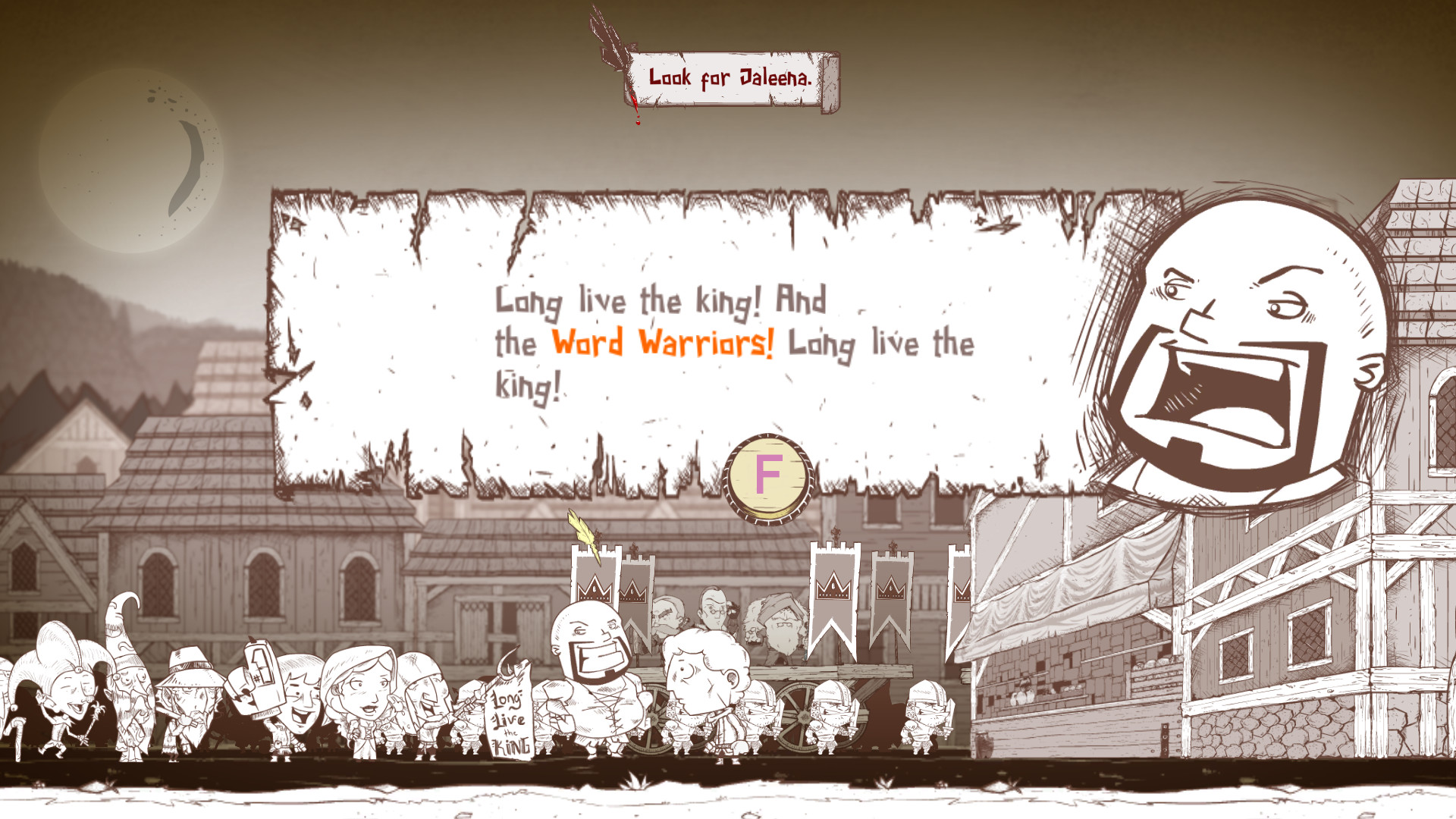 The hand drawn artwork is fantastic (in the style of Don’t Starve) and there’s lots of it to admire. The small details really make this stand out though. It’s one of those games that constantly delights you with little snippets of charming humour. There’s an Exotic Fakir on a bed of nails, and phrases like “feebler than a wet goose” which I’m determined to say to someone soon.

There’s a bit of a tune now and then and sound effects galore. Haimrik’s little squeaks never get old either.

Oh, and there’s cartoon blood all over the place. Everyone, especially Haimrik himself, is always dying in all manner of gory, imaginative violence. Industrial accidents, spear skewering, fiery explosions, bodily organs flying through the air, you name it, mostly accompanied by fountains of red. What a cackle-fest! 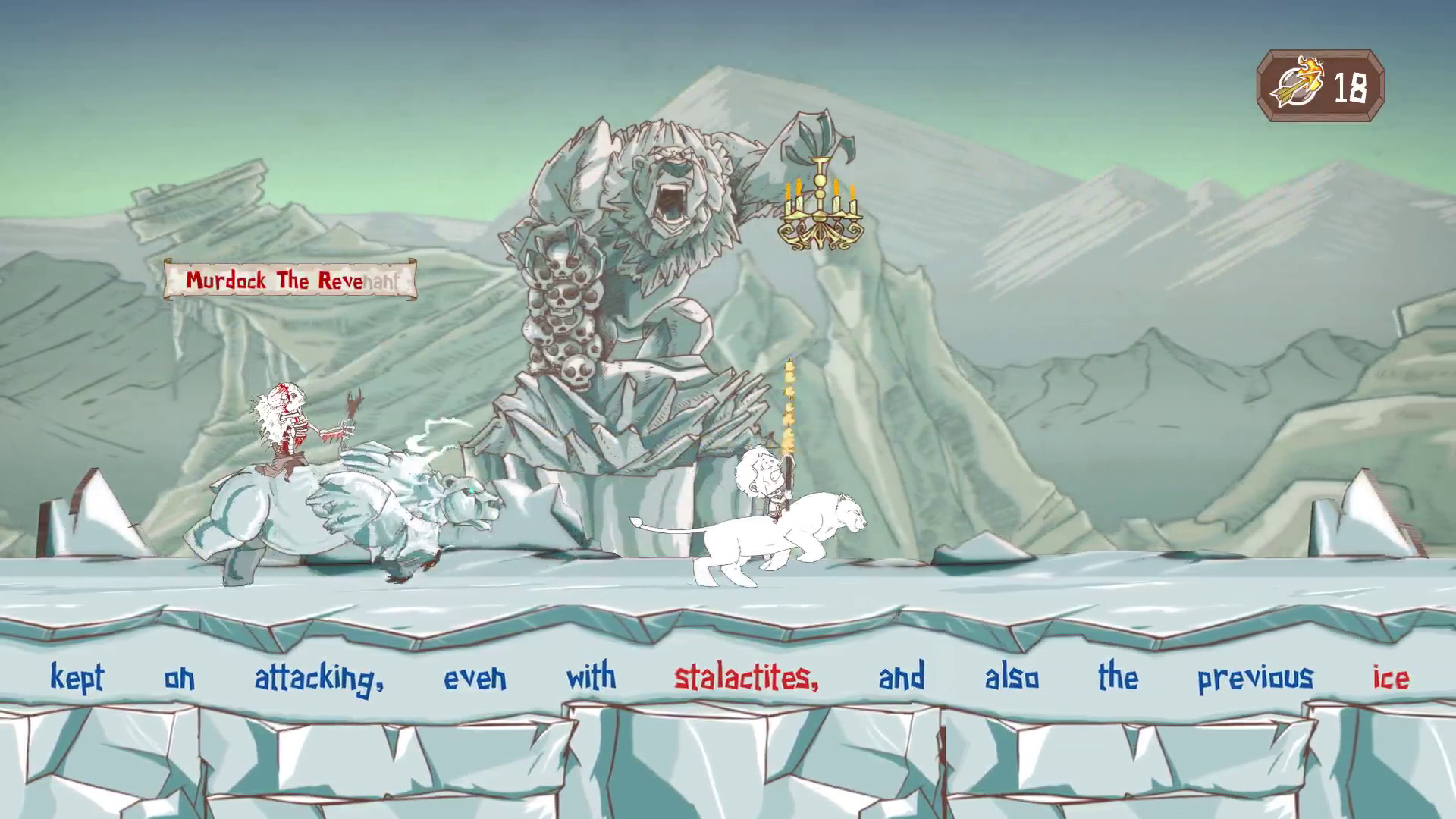 It’s mostly Easy, occasionally straying into Medium difficulty (dragon bosses may take a few attempts). Once you get the hang of it in the early part of the game you get to know what kind of words you’re looking for. There are some short, rudimentary platforming sections here and there but it’s a case of working out the very predictable sequences, no serious skills necessary.

This is a casual game focusing mostly on storyline and artwork, with various different types of word-driven challenges in between to spice it up and give you something interesting to do on your journey through this gallery of art and humour. 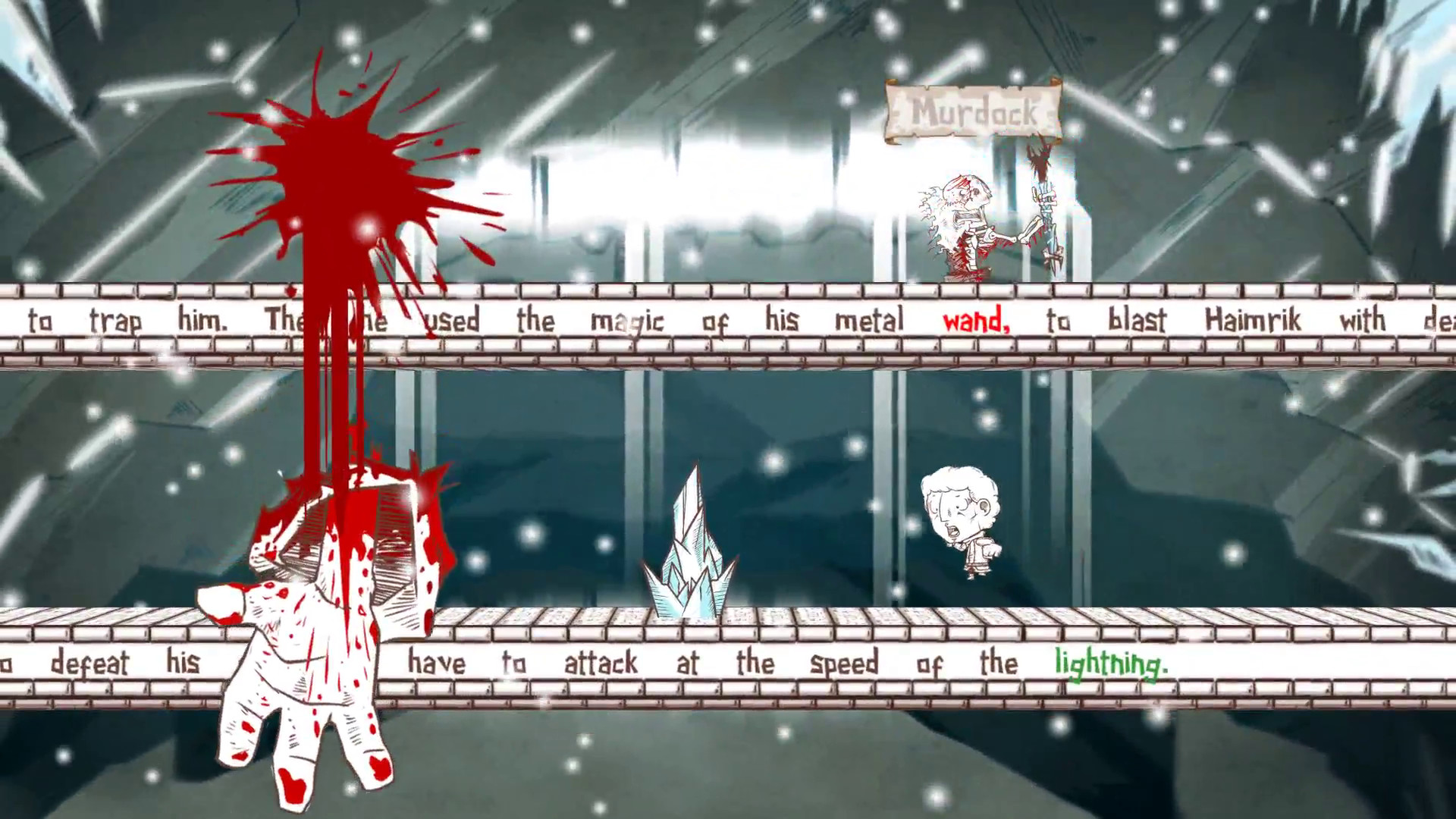 The achievements are a nice half-and-half mix. Get the first half during your first playthrough, then try for the specific solutions to get the rest on a second playthrough. There’s full controller support and I wouldn’t fancy playing without one.

No Trading Cards (yet), no Linux or Steam Cloud.

This price bracket is full of games that last much longer, but I would describe this as tightly packed content. There’s no filler here, it’s one delight after another and I wouldn’t hesitate to pay full price.

Every aspect of the game oozes quality and attention to detail. It’s a feast of storytelling with hilarious cartoon violence and some light puzzling in an unusual format. I’ve enjoyed every minute.

Haimrik was released a few days ago but sadly the Steam reviews don’t seem to be flooding in so it looks like this may end up becoming a hidden gem. It certainly is a gem anyway.