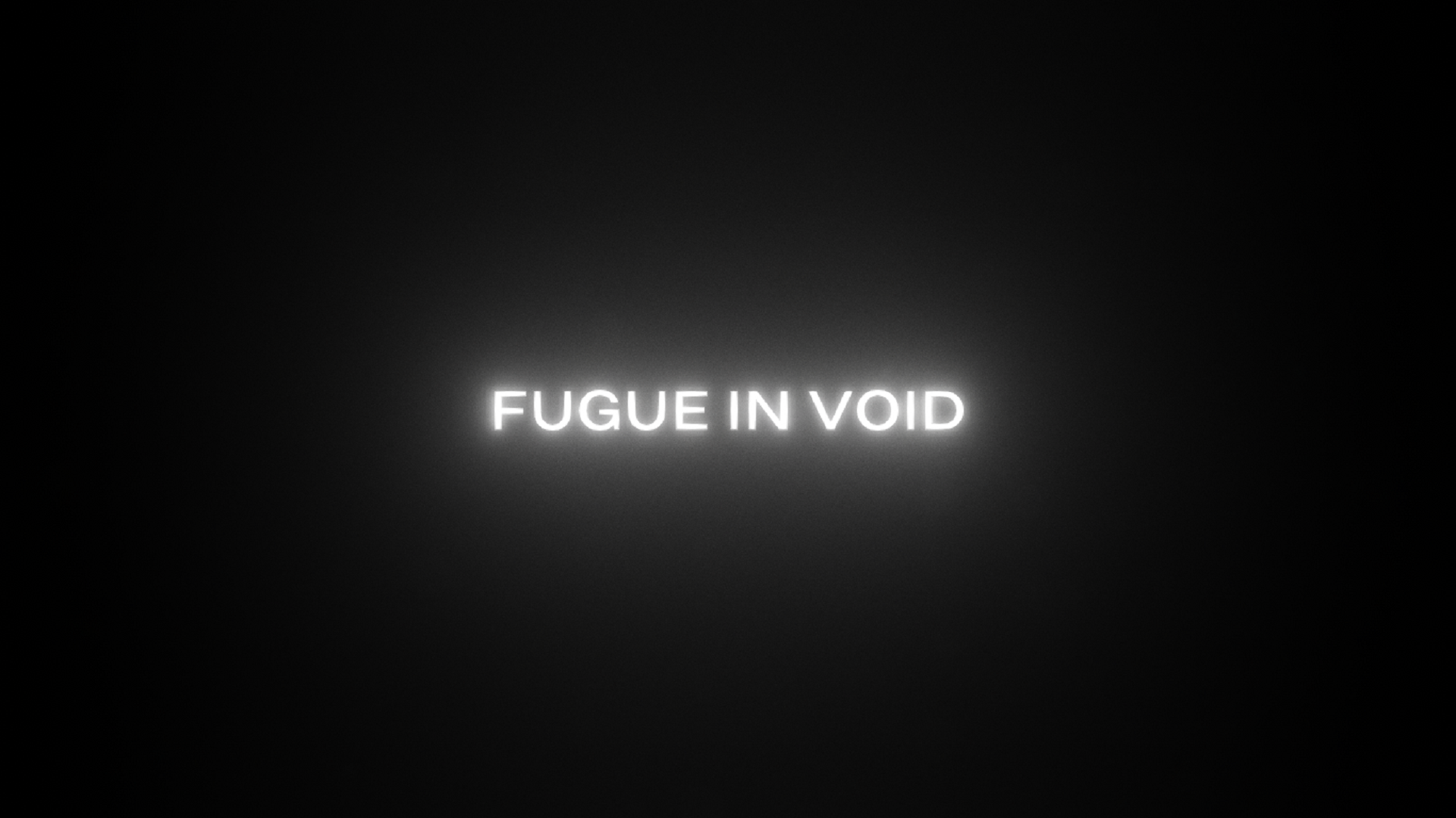 View a top-tier art installation in the comfort of your own living room. Draw the curtains, put on some headphones, sit back and journey into another world…this is Fugue in Void

Explore all kinds of mysterious places and dive into a world full of atmosphere.

Let this experience unfold in your head.

Let it inspire you.

In my last review for an arthouse product, I ranted a little regarding the options available for the player/viewer. In hindsight, I have reconsidered this judgement. To alter the experience or tweak the settings is much akin to tapping the shoulder of Kubrick in mid-shot and telling him to adjust his focal length on his camera. This would dilute the original vision.

To play or experience any walking sim requires a certain mindset. If you are open to discover and allow your imagination to wander within the visuals and audio, They are a great palette cleanser from the usual interactive game. Art installations once only available at galleries and cultural venues can now be enjoyed in the comfort of your living room. I’d recommend a darkened room and headphones for the perfect experience. 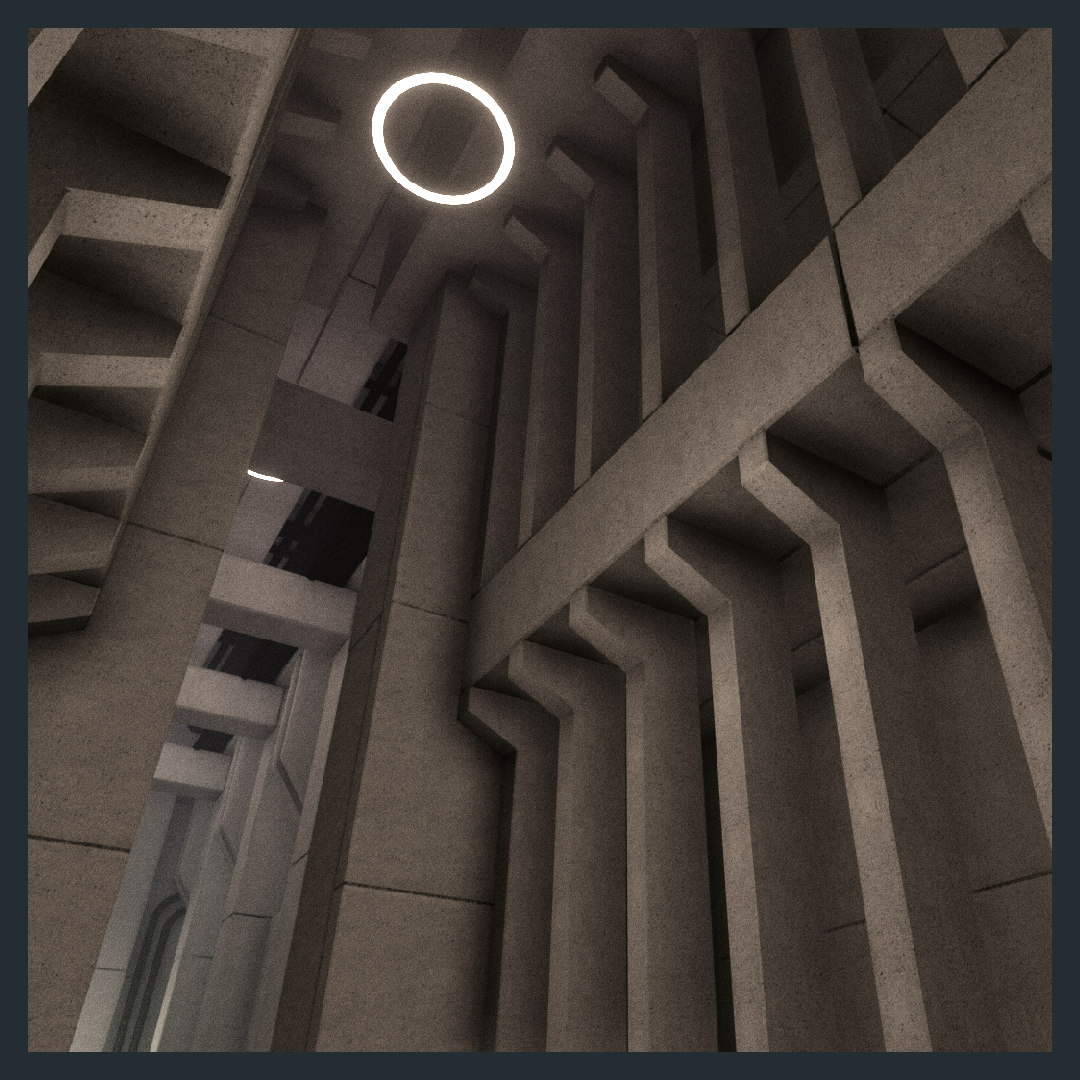 Fugue in Void is the labour of one man. Moshe Linke, A developer based in Hamburg, Germany. The title is the culmination of six months work. Taking inspiration from earlier walking sims such as Limasse Five’s NaissanceE, Moshe has put his own spin on the genre by focusing on finely designed architectural spaces and texture transitions. All these environments are underpinned by audio cues and positional sound effects.

There is no narrative, nor is there any text or voice-over content. This further distills the experience. There’s a Jazz terminology which applies here. “Less is more”. Given the lack of any story beats, the viewer can use their own imagination to colour the spaces as they discover them. There is no time restriction so you can navigate the arenas at your own pace. This adds a freedom to meditate on the shapes, forms, and sounds presented to you. 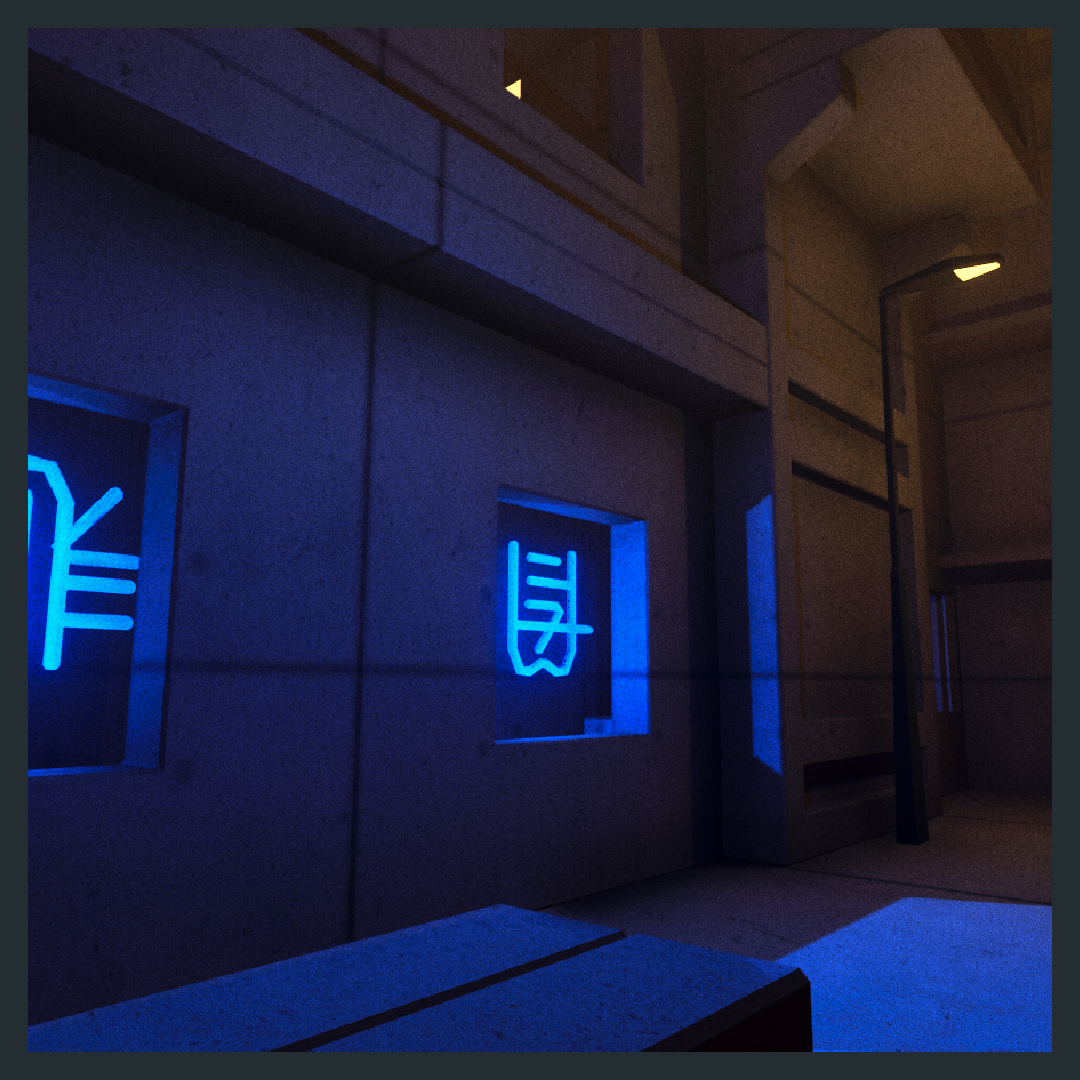 One twitter follower commented by saying the whole experience was akin to being left in a museum or art space overnight, alone and free to wander the exhibits. Having visited the Tate Modern in London, I can wholly agree with this sentiment. Some of the architecture has a striking resemblance to the main turbine hall. A vast and imperious space, which makes the attendee feel small amid the sheer scale of the structure.

Given the minimalist setting, it would be quite easy for the viewer to become lost. The masterful use of lighting and audio cues guide the player to the next area/transition. This could be crudely implemented, breaking the immersion. Moshe has taken great care to shepherd the player with superbly placed light sources and sounds. These subconsciously draw the player to the next scene.

There are many influences on show here: the opening to Half-Life, the behind the veil wonder of the Portal facility, the cinematography of Kubrick, Lynch and Scott, the futurism of Syd Mead, Nods to the Brutalist architecture of Le Corbusier, Wilson, and Womersley. 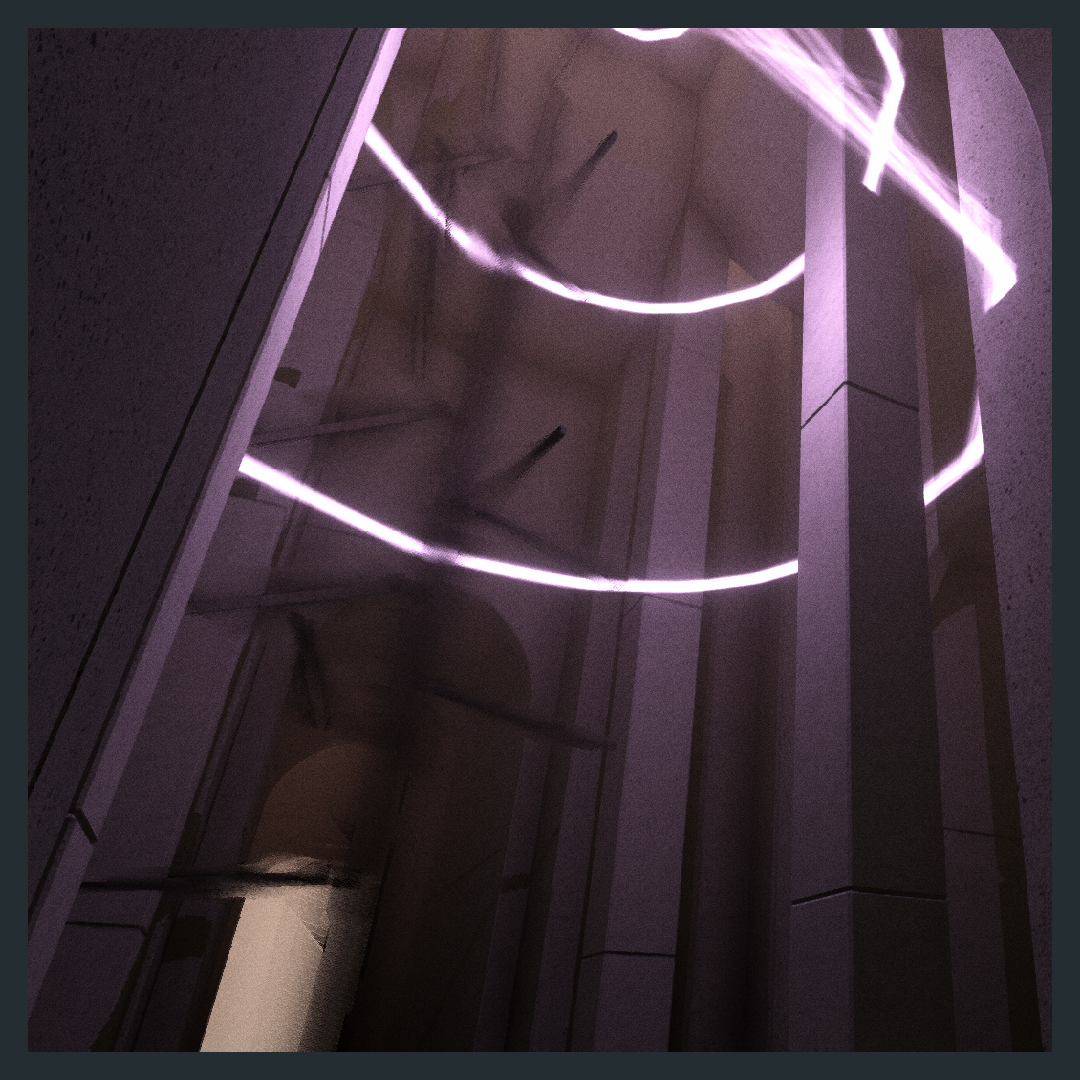 The predominant black and white colourscape used in the title allows the architecture to command the vistas, creating a dystopian vision which hearkens back to City 17, Hulme area 5 , and the bleak urban landscapes of A Clockwork Orange. Film grain, particle FX ,and bloom add atmospherics to the basic decals and forms.

Lighting FX animate static art installations found in the world. These induce movement and theatre to the space. Instilling a sense of alien minds or cultures now long gone. Only to be represented by their still functioning archaic machinery.

Fugue in Void executes an expertly sparse and restrained use of colour. This adds to the drama of the later sequences. Uranium blue washes over some environments, its subtle glow reminiscence of the Sellafield power station rod ponds. Evoking an alien or hidden power source. The final scene use of sandy tones elicits memories of Frank Herbert’s Dune and the wonderful PlayStation title Journey. 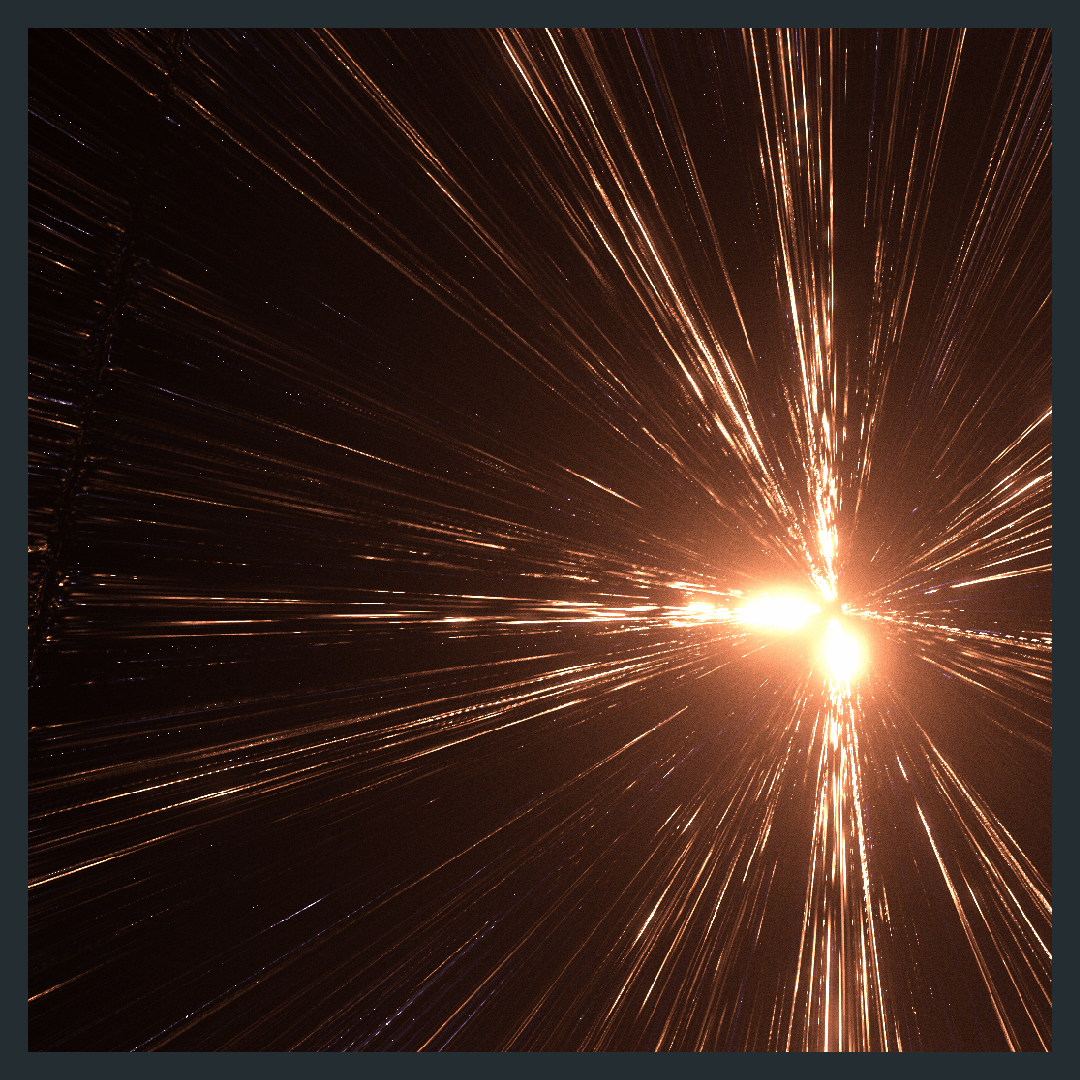 Drones and environmental samples are the primary sound sources. They sweep into scenes with various treatments, pink noise, Doppler effects and reverb occlusions. They heighten the sense of space with a theatrical zeal. I particularly liked one sound effect, reminiscent of the strangled cry of a narwhal but stretched and layered. The use of plate reverb with this sample gave it an almost metallic tone twisted and distorted.

A special mention has to be stressed by the treatment and feedback of footfalls. These change in tone and are affected by reverb, according to the surrounding space. Timbre changes according to the surface walked upon, conveying to the player a sense of “reality” within the virtual world.

Further, into the experience, drones are replaced by tablas and a tremendous use of reverb. This adds weight to the fractured percussion pieces, adding an almost Navajo Indian ritual vibe. This affects the tone of the new spaces. Cold, industrial austerity is replaced by a more religious, ceremonial feeling. The overall tonal landscape beautifully fits the visuals. No samples seem out of place. This adds a cohesive consistency to the adventure.

There are scant options beyond the usual pre-game Unity pop up box. Movement controls are kept to a minimum using the default WASD configuration. Shift is used as a sprint key, should you care to use it. You can jump by pressing the spacebar.

Note from the designer.

Warning: This game has on purpose no saving system. The experience should be done in one walk-through and takes about 45 minutes. Take your time. Close the curtains and use headphones

During my review process, I played through the experience three times. I’d say the 45 minute walkthrough time was a tad conservative. I took about 2 hours per session. Taking in the sights and sounds. The no save system didn’t really bother me but would be a welcome quality of life feature if the title was updated. 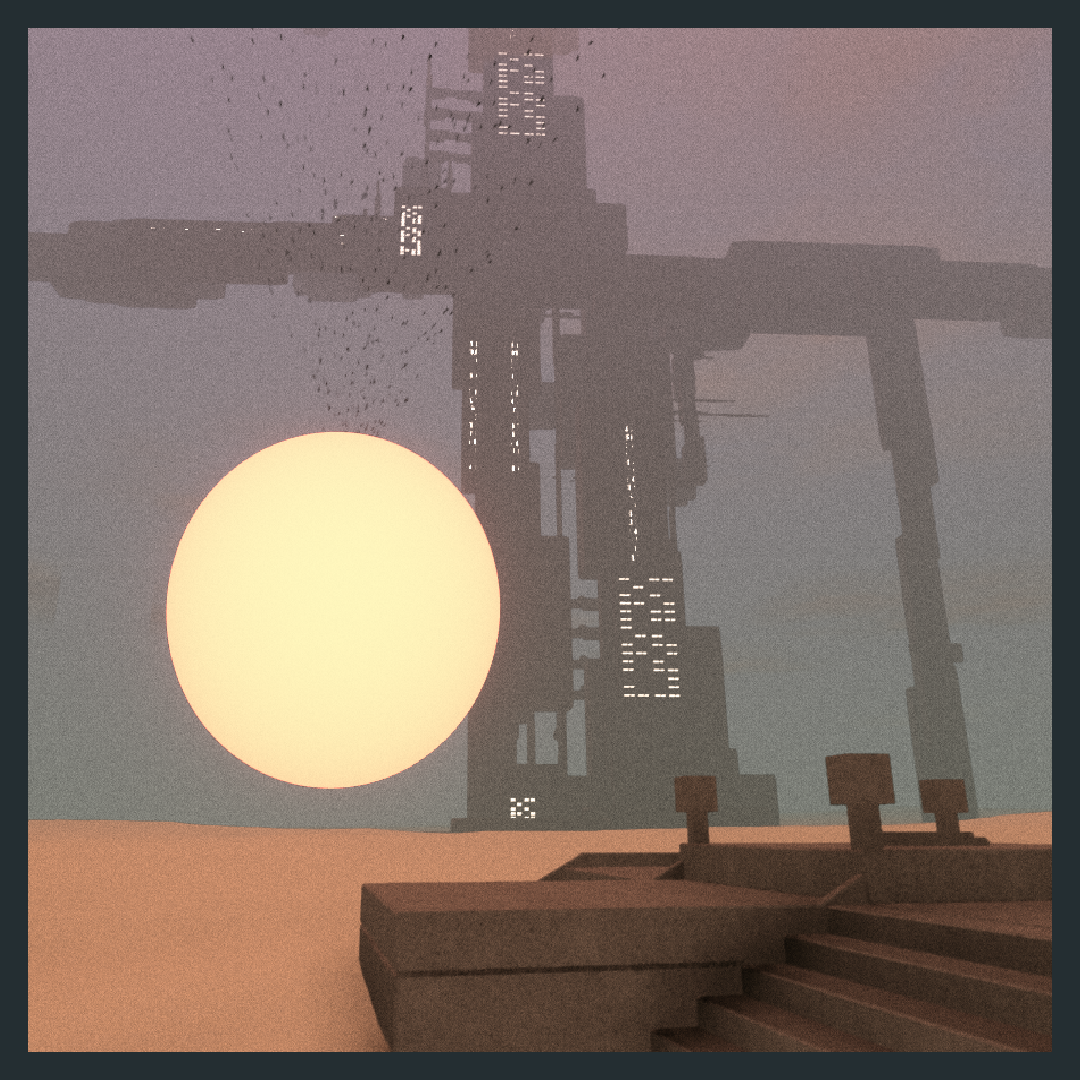 Fugue In Void is the defining experience using the Unity engine. Moshe has shown what a creative and highly talented individual can achieve. This shows the strength of a singular vision, unrestrained by petty conventions and not pasteurized by focus groups or design committees. A truly auteur product showing a craftsmanship far beyond the scope of what would be expected from a one-man development project. Moshe is the Syd Mead of the modern digital era. A futurist who bold visions are a joy to immerse yourself in.

To give this review more resonance I’d like to add some background and further reading in order for readers to understand my viewpoint. This will hopefully enlighten and add a layer of understanding regarding my views on this title’s content.

A superbly written article recounting the construction, lifespan and subsequent demolition of the notorious Crescents in Hulme. A town planning nightmare on a grand scale. These buildings were my first real introduction to brutalist architecture in my local neighbourhood.

A well-written wiki article that explains the genesis of the architectural movement that was in vogue during the 1950s to 1970s. It was all the rage and seen as a gold standard for government and local council projects.

Jonathan Meades shares his love of brutalism in a TV Series aired on BBC 4. This is graphic and engaging whistle-stop tour takes in some of the finest examples of architecture to be found in Europe.