Werther Quest is somewhat cute and has some nice hand-drawn art, but it doesn’t have enough charm to outweigh its shortcomings.

Ah, to be a tree frog saving “corns”

Werther Quest is currently the only Steam game from Blueberry Studios and, from what I can gather both playing the game and looking it up, it is a mobile port to PC. You’ll see the usual touchscreen prompts coupled with WASD or mouse movements. What this generally means, though, is that the game is not designed for a mouse and keyboard, or for a controller.

The game starts out with Werther, a wee little tree frog floating on a bottle with a top-hat on and being chased by frog-eating fish. What ensues is a story I am not 100% sure about. I think it is about finding some legendary mouse named Jones, but I’ve really no idea other than Werther is protecting the cornfield, or “corns” as it is referred to in the story, only to fall down a hole ( i.e. Alice in Wonderland) and end up in adventures with a variety of mini-games and puzzles which culminate with a final boss battle and two different endings.

I can’t really talk about the game until I talk about the voice acting. It is, at least for the English actors, some of the worst voice acting I have ever heard recorded. It’s not even entirely the actors fault either. The recording is so sub par, I’ve gotten better sound from my $20 headset mic. From the moment Werther speaks, it’s incredibly obvious that wherever this was recorded did not bother doing a good job for the main character’s voice recording. On top of this, the dialogue contains so many grammar errors that I am surprised the voice actors did not intentionally correct it as they read it out loud. These poor actors are literally doing their best with what looks like a script that was never proof-read by a native English speaker, not even a Grammarly app. There are sentences at least, but the tense, use of plural nouns, and word choices are literally a mixed bag of a bad translation. If you opt to play this game, let me do you a favor. Click on Werther and change the audio to Chinese with English subtitles. The Chinese voice actors are substantially better and recorded quite well, even if I don’t understand a word they are saying. I’d sooner do that than have to listen to English actors recorded through what often sounds like a mic with the levels too high and poorly edited dialogue. 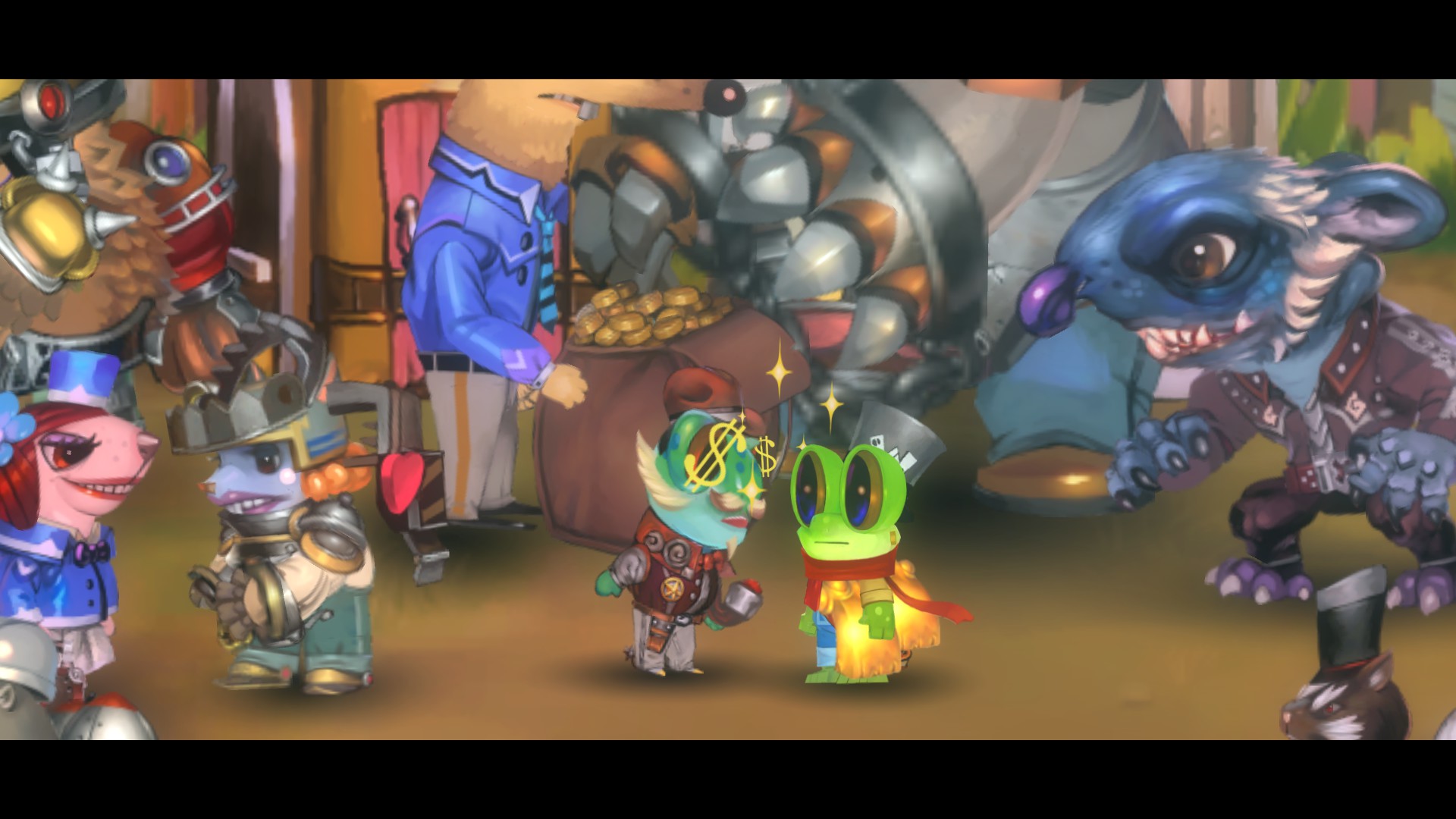 After finishing Werther Quest, I honestly can’t make heads or tails of some of the storylines. One minute I was learning about a heroic mouse, and the next it was on to fighting crows in a corn field with a vacuum cleaner. I believe the game goes out of its way to make the story fantastical, which is fine except that it does this without any real cohesion to the game world or characters. I could not find any meaning or relevance to the fantasy other than it is intentionally strange. So, for me anyway, the story is mostly about a little frog who ends up playing a lot of minigames until he defeats a bad guy who is after him for whatever reason. There really are just a few interesting moments in the story. One is when you meet this Frog who has a crush on a Swan and the other is at the end with some mildly emotional scenes with his family. I will say that the characters you meet are interesting, just never fleshed out in a way that makes me care about them. 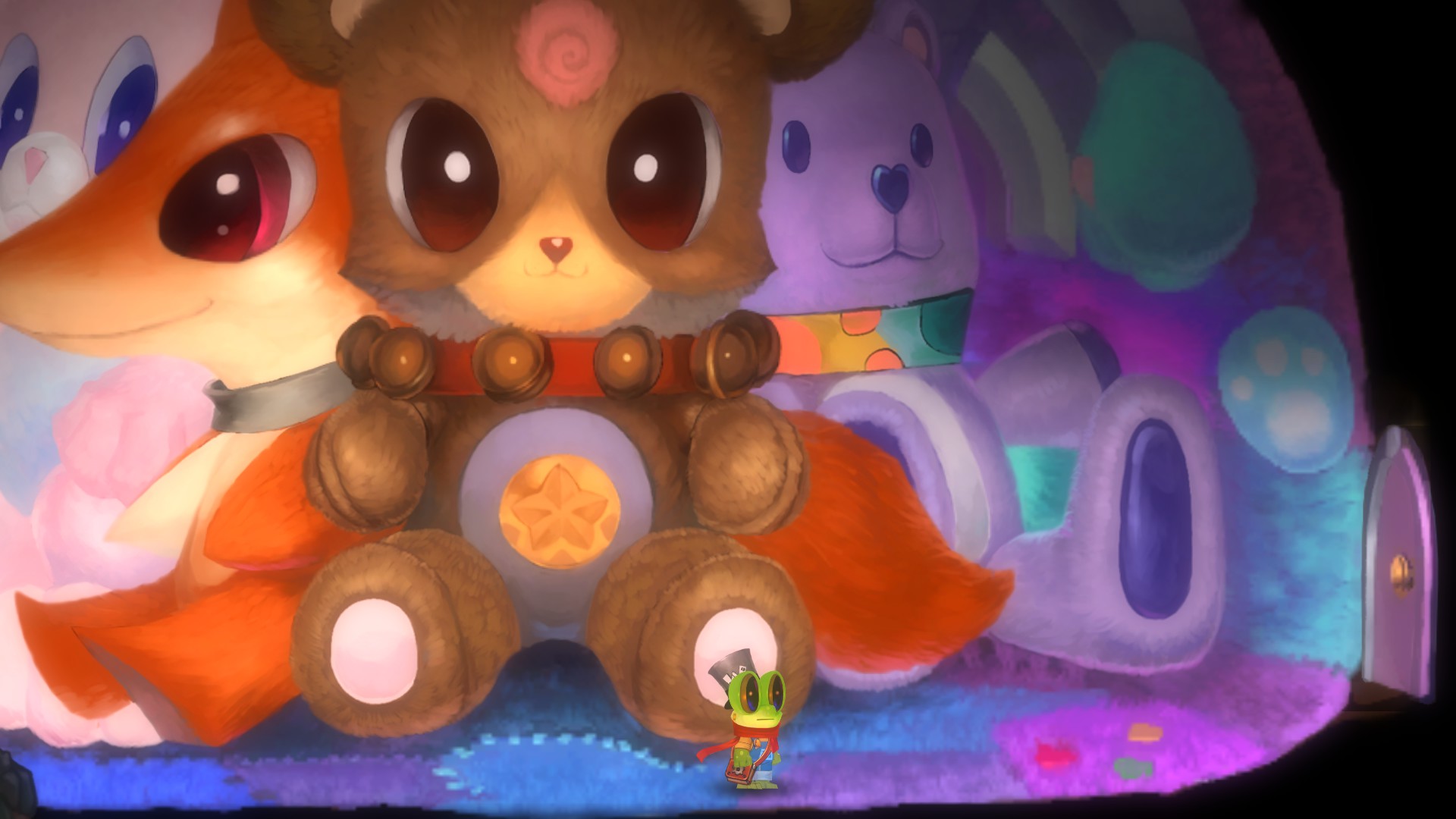 As mentioned earlier, the gameplay is more or less a touchscreen mini-game app with substituted WASD and mouse controls instead of touch ones. These controls are okay, but I found myself confused about how to use them from time to time. For example, there is a record player puzzle where I thought perhaps I had to find a certain track or click on a switch. Nope. Instead, you have to twirl your mouse cursor in a circle as if it was a touchscreen and I had no idea, wasting a good amount of time simply trying to figure out the controls. The odd thing was that there weren’t any controls other than moving in a circle once I finished the puzzle. I thought it would be more complex than that.

The puzzles in the middle of the game and were very unintuitive to solve. There was a lot of guessing with absolutely no idea what on earth had to be done after I opened the picture area. This was mostly because I didn’t realize that the poorly drawn art in the clue was mapped to the picture. This surprised me since the rest of the game has nicely done hand-drawn art.

You’ll find a wee bit of simple platforming, opening things in a certain order, and odd things such as chasing a rooster with an egg. It’s very much a mini-game app to the core. While there is some combat to play in the final boss fight, it’s minor with casual play in mind. 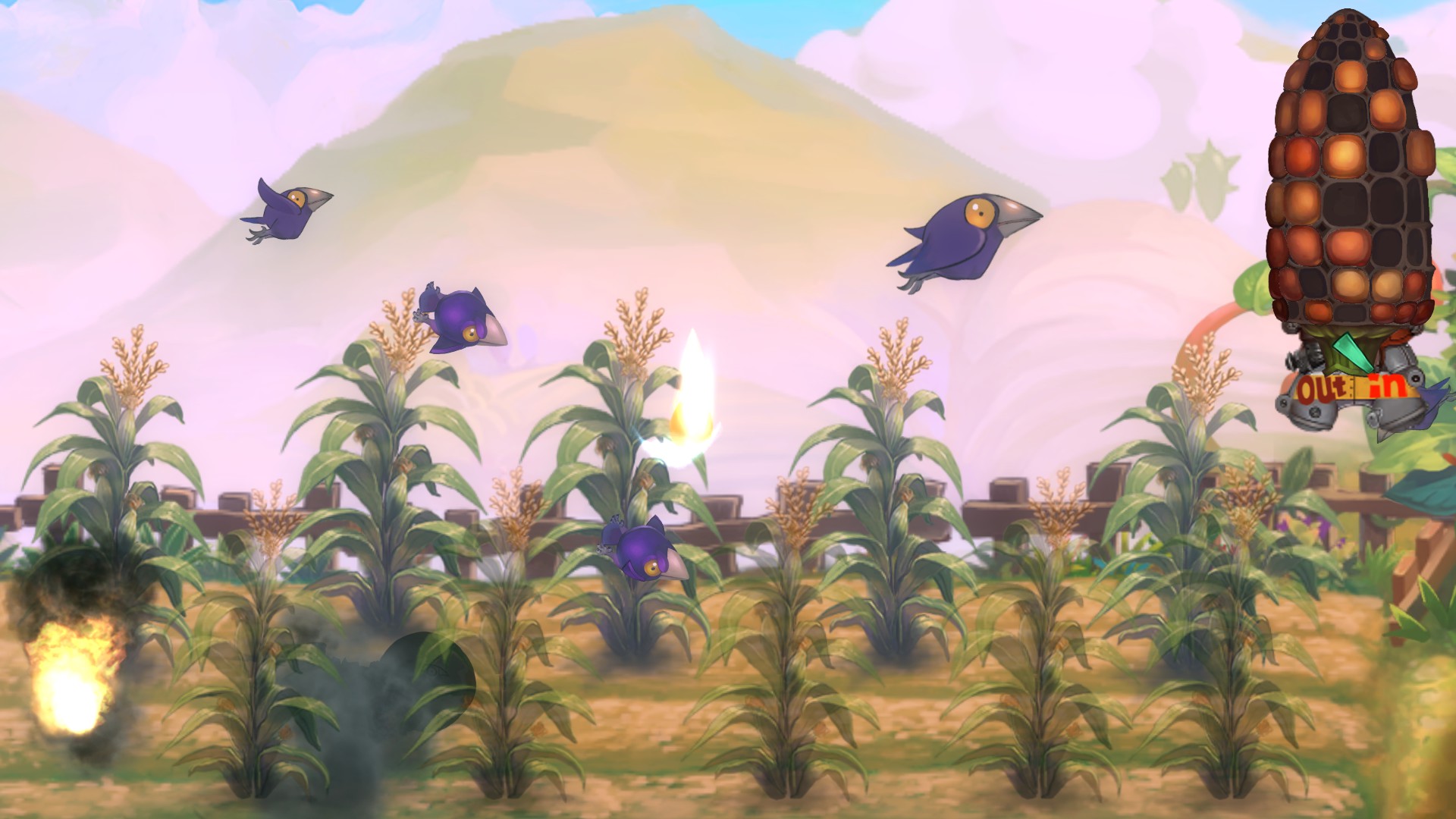 I liked Werther Quest‘s artwork and I suppose the mini-games were okay, but for a Steam game I can’t recommend it. This is more of a game to pass the time with on a train, not to play on a PC. The story was so badly translated and lacking in substance that I simply don’t see the need for it. I would have rather just walked around with no story and made it through the mini-games and puzzles with simple sound effects. The voice work was some of the worst I have ever heard, and I’ve heard some seriously bad ones, trust me. Also, while I enjoyed some of the catchy little tunes, some of the music was straight up classical pieces like the Nutcracker Suite.

For gameplay, the mini-games are good at being what they are, but unless you are a mini-game fanatic I think you will get bored fairly quick. The touchscreen controls did not always transfer well to keyboard and mouse, and I had one puzzle where it was nearly unsolvable because my mouse wouldn’t throw something at an area that was obviously meant to be thrown at until I completed dozens of attempts on the same area repeatedly. There was a constant need to click and swipe at the same time, and for a PC game it’s just not a good idea.

I think the only redeeming value of this game is the nicely drawn artwork. I enjoyed that more than anything and I feel bad that all that effort went into a game that didn’t care about translating the story well or making the story-line interesting. Perhaps it’s well done in Chinese, I have no idea. The whole story felt like snippets of funny cartoons hodge-podged together. It could have been much better. The mini-games were okay, but nothing of note. It pretty much ranged from Simple Simon remember-the-music-sequences to a Fruit Ninja slice and dice, all of which work better with a touchscreen than a mouse. The hardest part of Werther Quest is simply trying to figure out the controls or failing a few times at the mini-games because it’s better to play with your finger. I did have a few areas where I was stuck when the controls crashed and I had to restart the game. There isn’t much challenge other than a few puzzles which I found to be too cryptic. Even with that, I’d only advise this for very casual gamers.  If you truly want to play this game, get it for your phone.  On PC, it is not a great experience. 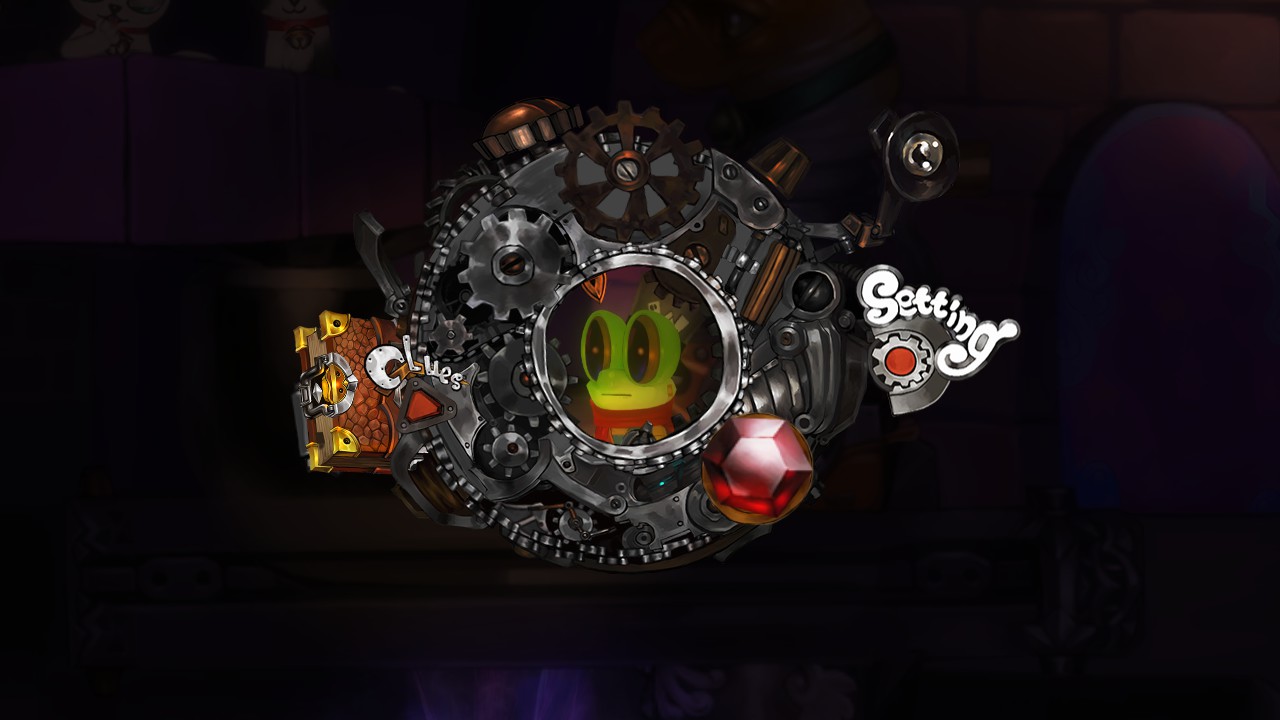