Friday the 13th: Killer Puzzle is a surprisingly good puzzle game with great graphics full of gore and diverse cut-scenes.

In Friday the 13th: Killer Puzzle you control the legendary Jason Voorhees and you’re on a mission to kill everyone. Solve the puzzles, level up, get new interesting weapons and kill in even more ways than before.

Released on Friday 13th, this game features a slew of horror-themed levels. If you happen to know a game called Slayaway Camp, this game was made by the same devs and the gameplay is also in same style. If you don’t know of Slayaway Camp yet, the rules of the game are simple: kill everyone with your character across the board until you hit all the enemies.

Altogether, there are 12 episodes available, each of those consisting of 13 levels to beat. The first two episodes are really easy, even too easy at times. After that, levels start getting a bit more difficult and finally require you to think a bit. If you ever get stuck on a level, you can get a hint or, if that’s not enough, the entire solution for the level. The solution is played very quickly on the screen and the positions of the characters are reset after that, so you at least have to memorize something in order to beat the level. Hints are usually quite useful but don’t give out too much, usually, they just tell you who to kill first or last. You can also skip a level if you don’t feel like completing it, but you need a certain level of kills if you want to unlock further chapters.

Most of the game is available for free, however, you do have to pay for the last four chapters. Each of those will cost you $3, which is a bit much in my humble opinion, especially since each chapter will only keep you busy for around 20-25 minutes. If you feel like paying, there are also seven different skins available for Jason at the price of $1 each. 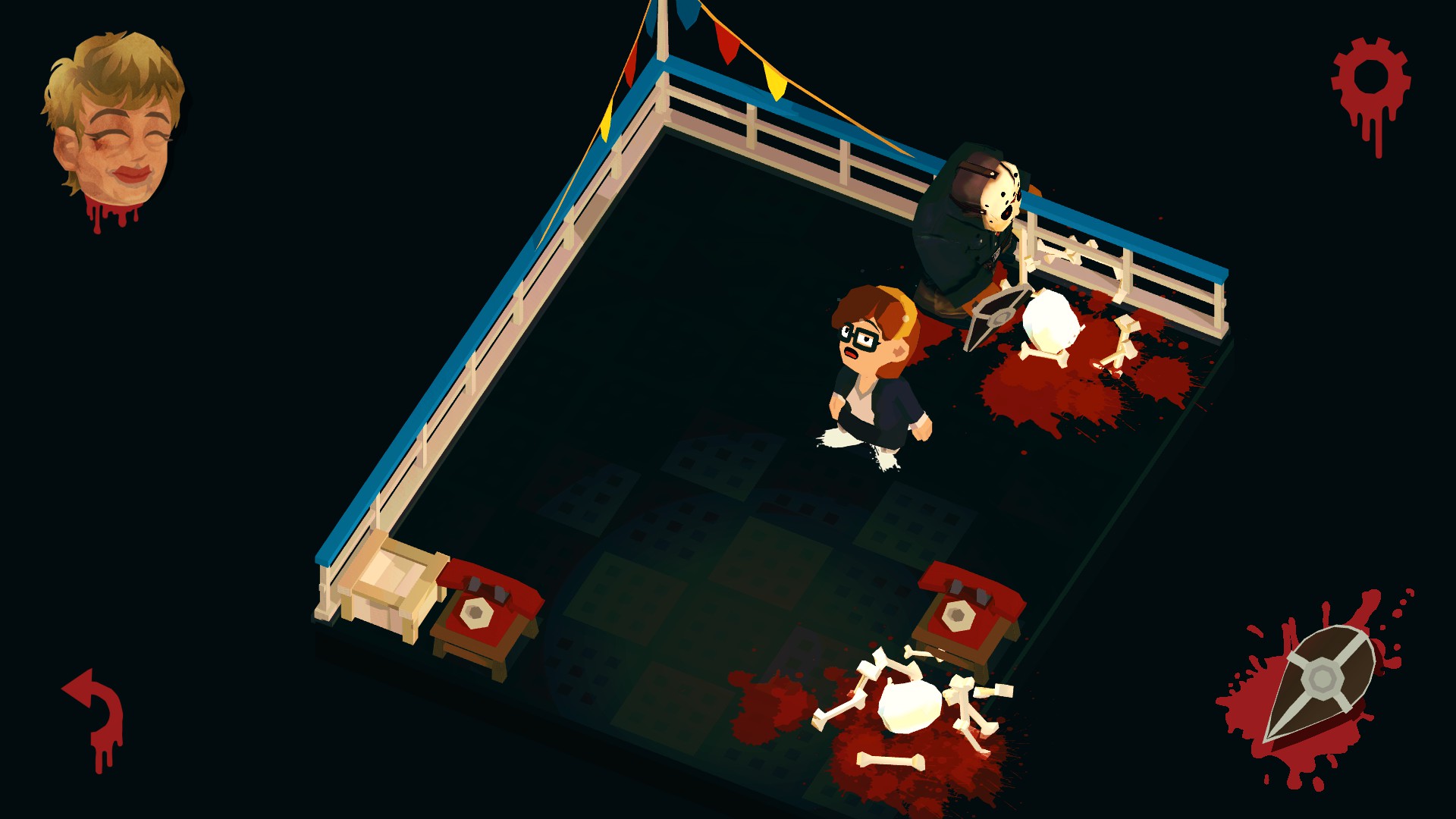 After each level you get some XP and once you get enough, you level up and receive a crate with a weapon inside. Using different weapons doesn’t have any effect on the way you play the game. It does, however, change the cut-scenes of the final kill of the level to show a different way to kill with this weapon.

Some levels feature environmental hazards, such as lakes and endless holes in the ground. You can use this to your advantage by scaring people enough to make them run to their death, but you must also be careful as those hazards are also deadly to you. Some chapters feature cute kitties as well and those must not be killed under any circumstances. This can make the game even trickier as the hazards tend to be placed in a way which makes killing the kitty a frequent occurrence.

Even after completing all chapters, there is some more content to enjoy. You can access The Daily Death from the main menu, which is a kind of a daily challenge. Those are usually quite challenging, but after completing 13 of them in a row, you get a crate with a rare weapon. Another available game mode is called Murder Marathon, in which you have to kill as many people as you can in a row by pressing the spacebar above a tiny red area of a screen-width sized bar across which a little arrow moves left and right. The red area gets smaller and smaller, which obviously means that getting a long kill streak can get quite difficult.

There are also a lot of achievements waiting for you to unlock them if that’s your thing. They encourage you to try all possible things in the game, such as trading in your weapons for more valuable ones, playing Murder Marathon until you reach a really high combo and finishing all levels in a chapter. However, there are some achievements which will require you to pay (completing those for paid chapters, for example) or will at least be quite hard if you don’t pay (getting all weapons from the silver/gold tier). 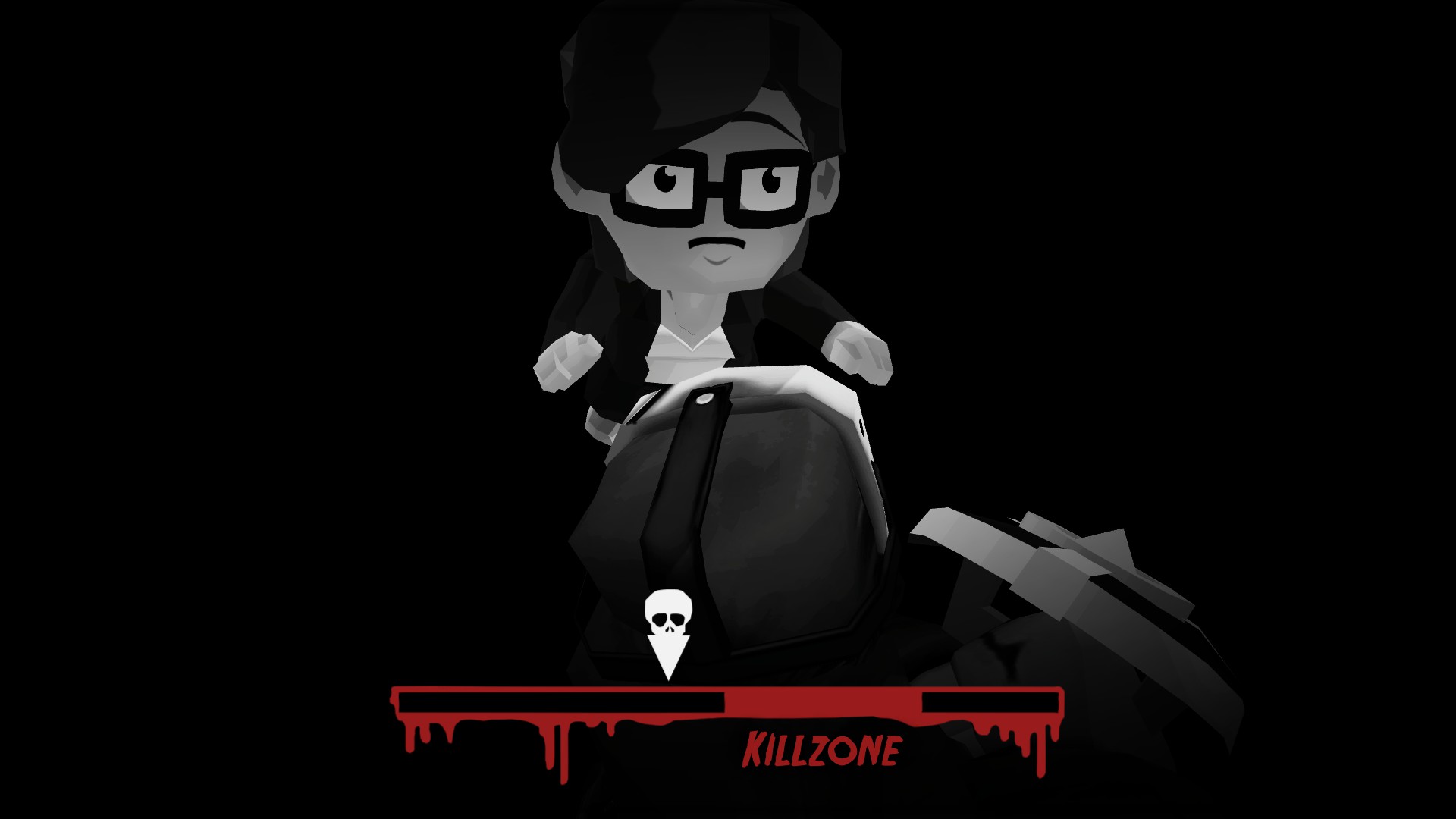 The music and the sound effects are quite good as well. I especially liked the rock soundtrack which plays when you start Murder Marathon. The pause menu also features a button with “Ki-ki-ki ma-ma-ma” written on it. When you press it, it plays a sound of Jason saying “Ki-ki-ki ma-ma-ma” for some reason. It doesn’t really make this game better or worse, but it made me laugh so I thought I’d share it with you.

The graphics also deserve a mention – as you can see from the screenshots, this game looks really great. The kill animations can also be quite entertaining albeit a bit disturbing if you only care about the puzzles and want to play as quickly as possible. When you first start the game, you are also given an option between the SFW and NSFW version of the animations (that’s not what they were called, though, but I can’t remember their exact wording) if you happen to dislike blood but don’t mind killing virtual people. 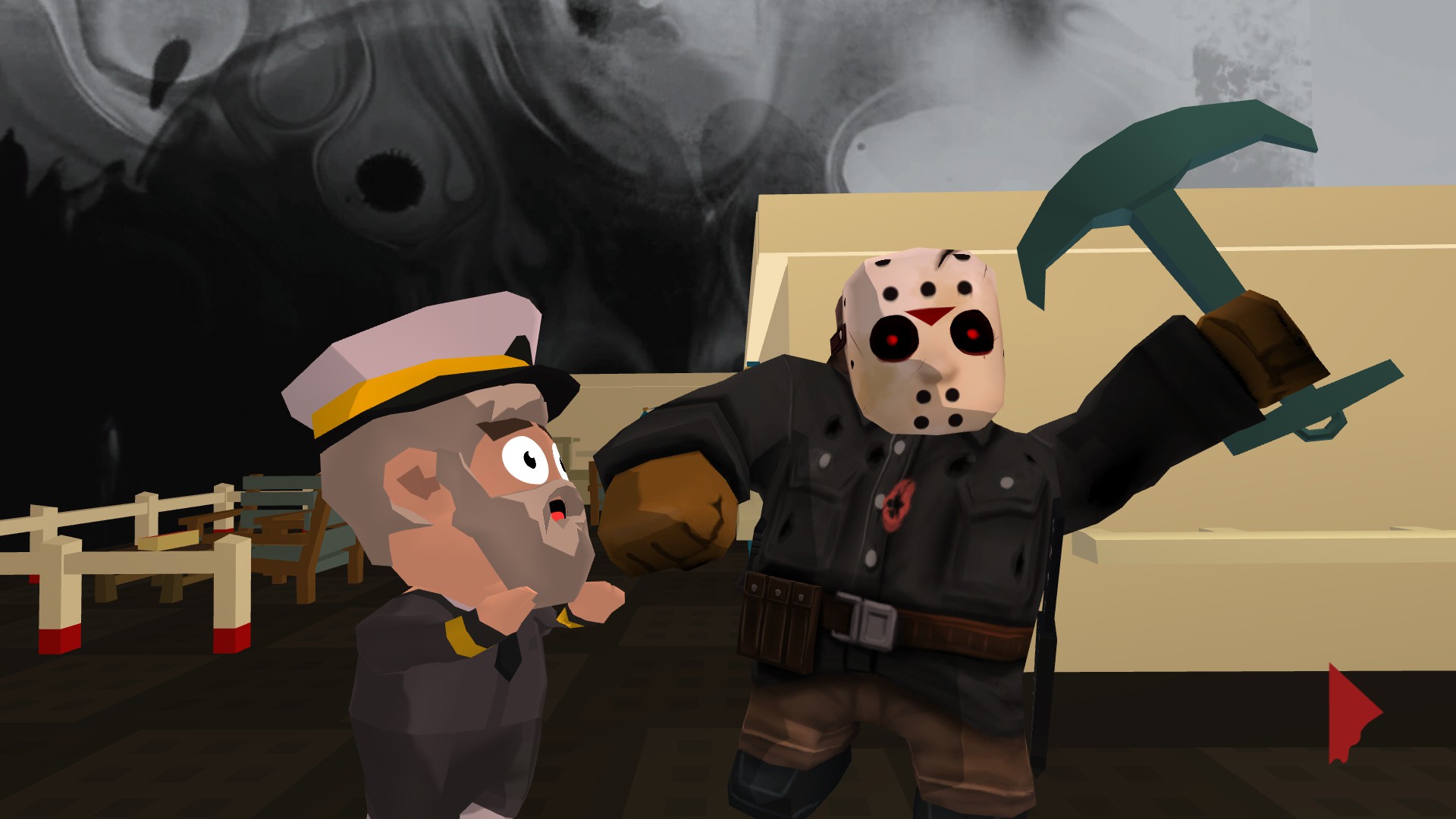 Since this is a free game, you really should give it a try if you fancy puzzle games. The puzzles are quite demanding later in the game, but you can still help yourself with the hints and solutions if you don’t want to strain your grey cells too much. There is a lot of free content in Friday the 13th: Killer Puzzle, and there is also some more if you don’t mind paying the developers. If you want to get more weapons quickly, you can also pay for crates, but they are ridiculously expensive, if you ask me (20 crates cost about $4.5 and each crate only has a 1% chance of containing a gold tier weapon, which means it costs over $20 to get one). The chapters aren’t too cheap as well, but I guess if you like the gameplay it’s still not a terrible deal, especially after getting so much content for free.  Overall, I can only recommend this game – I don’t think I’ve seen any bugs or anything like that. I’ll certainly be playing more of this whenever I feel like playing puzzle games.