Our hero seeks out druids’ wisdom to understand the strange visions she’s seeing and has to embark on a quest to save the world from an evil necromancer.

Do you remember those platformers on the original PlayStation with a pinch of roleplaying mechanics thrown in? By a pinch I mean things like fixed upgrades to health and mana and some gear and skill upgrades here and there. The main priority was always jumping on different platforms. Now throw an evil necromancer to the mix and we have The Forbidden Arts!

A bright world on the brink of destruction

The whole style of the game is heavily influenced by platforming games from the late 1990s and early 2000s: bright colors, a positive soundtrack, and a positive and light-hearted vibe going on throughout. Most of the game takes place in side-scrolling 2D dungeons that act as levels, while the world map/overworld is only a small 3D space with two or three locations to go per area. The graphics and layout of the maps are nothing special — fairly standard indie-game material — but the soundtrack is extremely good. Soothing acoustic melodies accompanied me while I was exploring the small, but interesting overworld maps. I’d have liked to see more of these as they were much more interesting than the 2D levels.

The main levels are all constructed from a small collection of pieces with different skins applied. While the dark caves of the winter level do look nice, this bothered me a bit since every level looked the same: those three or four set pieces with different skins used everywhere. More detail was provided in the backgrounds, though; they were vastly different and nicely crafted, but this still didn’t prevent all the levels from feeling similar. An exception is the challenge towers scattered across the overworld maps that are unlocked with gold and raise your character’s stats. Though visually the same, these feature navigation puzzles or racing against your own spirit.

Aside from the graphical similarities, the dungeons feel very big. Seeing a map of them would help to realize their actual size, but they really do feel big, and extend to multiple stories. Each level contains a certain amount of gold hidden within and it takes effort to locate it all. It’s a bit too much effort in my opinion, since maps aren’t available inside the levels and there are a lot of routes to investigate, with some routes going to the same location. The exploration and backtracking become a bit tedious when you’re only missing one or two pieces of gold. Combine that with the problems regarding combat and replaying the levels is not a tempting option.

I watched the game’s trailer on Steam and thought the combat looked extremely nice, reminding me of the old Castlevania games, however, in my playing sessions I didn’t encounter battles that involved any more than two enemies at a time, and even those were rare. I also couldn’t, for example, jump and shoot my fireball while in the air. The trailer seemed to showcase the best bits of fighting, while the majority of the encounters are actually one-on-one and pose no challenge, or fun. Different enemies do at least have decent variation in their attacks rather than simply being reskins of others, but the combat is rarely fun because of its simplicity, as seen in my gameplay video on various occasions. I couldn’t find a difficulty setting anywhere in the game and first thought that was to blame.

Enemies aren’t the only threat in dangerous dungeons, of course. There are multiple jumps over deadly gaps and traps such as spikes coming from walls while climbing and moving blades and platforms. Even these feel simplified, but they are more fun than the combat. Neither one of these important factors to the platforming genre offers much to the player. Level design feels lazy overall; enemy placement is strange in most cases and challenging jumping sections are few and far between. 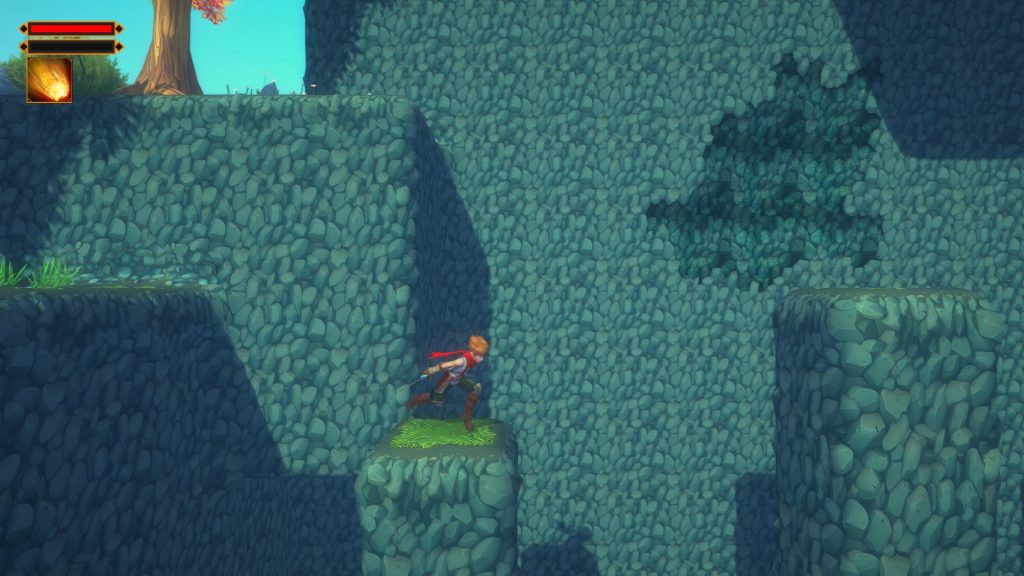 Boss battles on the other hand are fun, featuring different mechanics in each one. It takes trial and error to learn them, with no hints given on where or how to hurt each boss. While this may sound unfair on paper, I loved it! It requires concentration and observing the enemy attack patterns, which was a pleasant surprise after the disappointing normal enemies. The boss battles aren’t so hard to figure out that it becomes frustrating, but they aren’t obvious enough become boring either — or perhaps I just haven’t played enough platformers, since it took me a couple of tries to understand what each boss was up to. In contrast to the normal enemies, the bosses feel like they have been well thought out and properly executed. 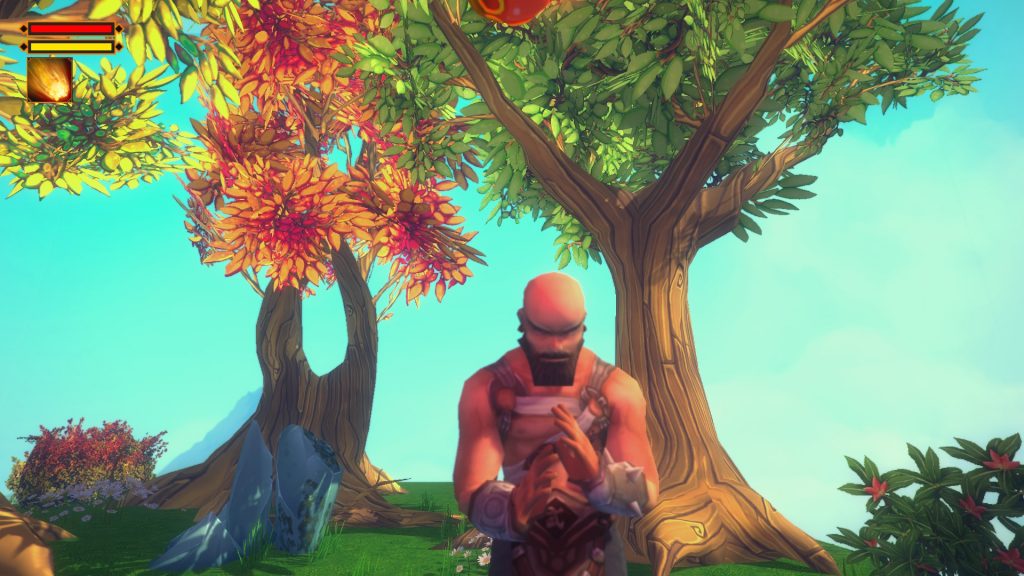 The Forbidden Arts is a casual side-scroller with a very small dose of role-playing elements. Levels are fairly large, but simple. It’s easy to get lost or to miss hidden things as the game does not feature maps inside the levels, and the levels hide many secrets and paths to explore. The trailer on the Steam page does not reflect properly the current state of the game, and it fooled me when I was first looking into the game. Young growing gamers or children might enjoy this, but I can’t see that most others would. It’s not a bad game, it’s just too easy to provide much challenge and too simple to be really fun. I can’t recommend buying this at its current price.