Take a trip to Mars in a steam-powered space ship and drink lots of tea.

39 Days to Mars is the rather quirky debut release from indie developers, It’s Anecdotal.

The game tells the story of Sir Albert Wickes and The Right Honorable Clarence Baxter, two distinguished gentlemen in London in the nineteenth century who decide to build a space ship and journey to Mars. Sir Albert’s cat also plays a big part.

As you might expect of a space ship powered by coal and sporting all sorts of weird contraptions, things start to break along the way and it’s up to you and a friend (or you and your virtual cat) to fix them. After tea, of course.

39 Days to Mars sports a wonderful animated pencil-sketch aesthetic that radiates charm and personality. Almost everything in the game is drawn in sketch-like outlines over a ubiquitous orange-brown background, the exceptions being a few rare blobs of solid ink (mostly white or black), and some artistic touches of color about lights and the like. The ships devices are drawn in intricate detail and it feels a little like a simplified monochrome version of Jean-Jacques Loop’s picture book, Patatrac. Animations are great and add to the game’s charm. 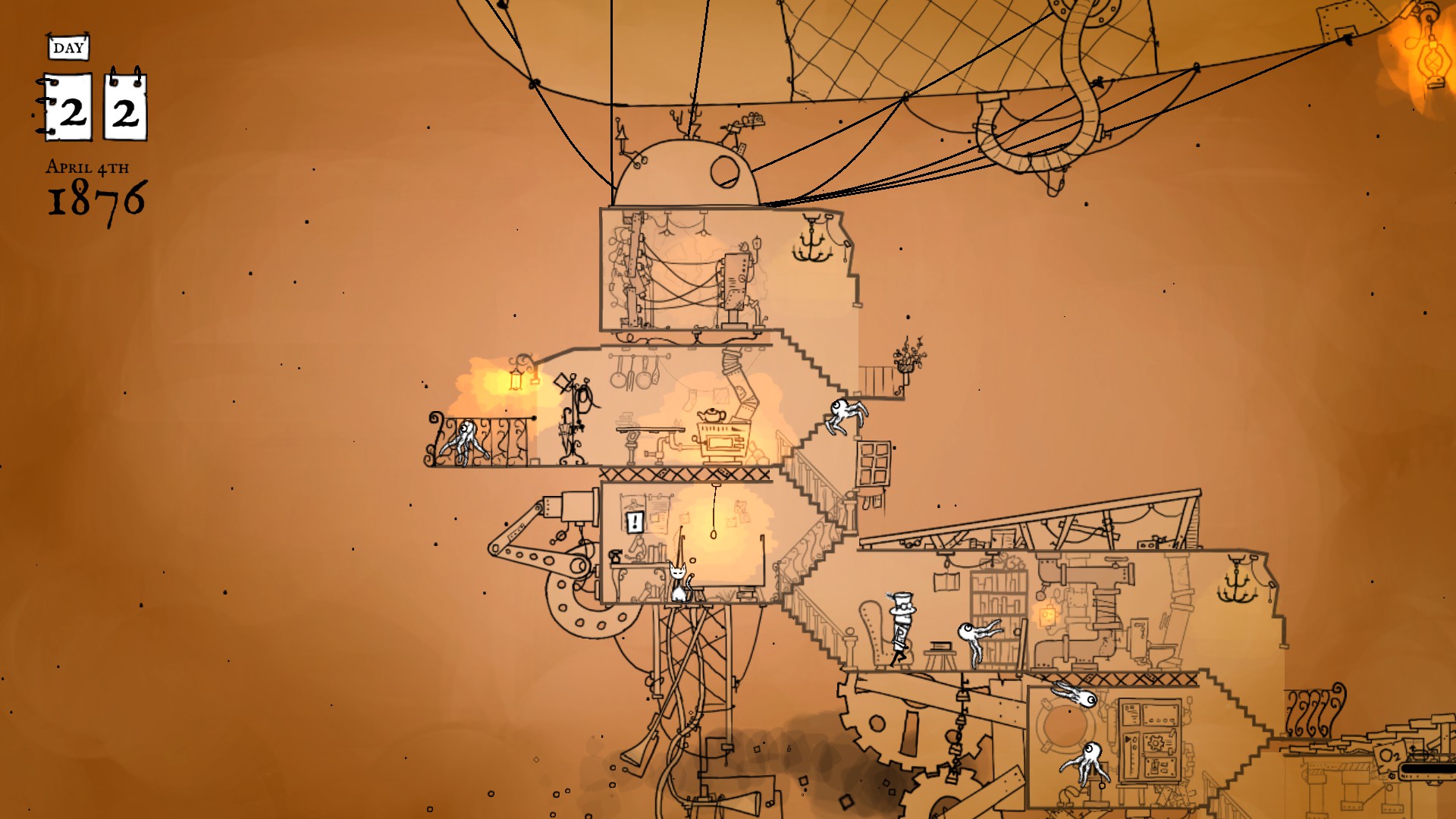 The sketching continues into the game’s puzzles, though mostly these are presented like design diagrams drawn on white paper. Though initially many of the puzzles seem daunting and overly complex, especially given there are no instructions provided when you begin one, they’re actually quite simple.

Sound is mostly excellent, too, with a lovely soundtrack made up mostly of relaxing piano music, with a couple of other instruments making themselves heard on occasion. Sound effects are relatively scarce, but are well produced and appropriate for the game.

Dialogue appears in nice-looking speech bubbles and is also fully spoken. Though Baxter is acceptable, I find myself wishing the developer had chosen someone else for Wickes: Sir Albert sounds not enough like a nineteenth century toff and a little too much like an American playing a nineteenth century toff. (If the voice actor isn’t American then I apologize, but that’s what the voice sounds like to me.) Some lines are okay, but others just don’t sound right at all. And no distinguished English gentleman would be caught dead using kilometres to measure distance now; using them in the 1800s is completely anachronistic. (The speech bubble uses miles.) I think the game would actually be better without the speech. 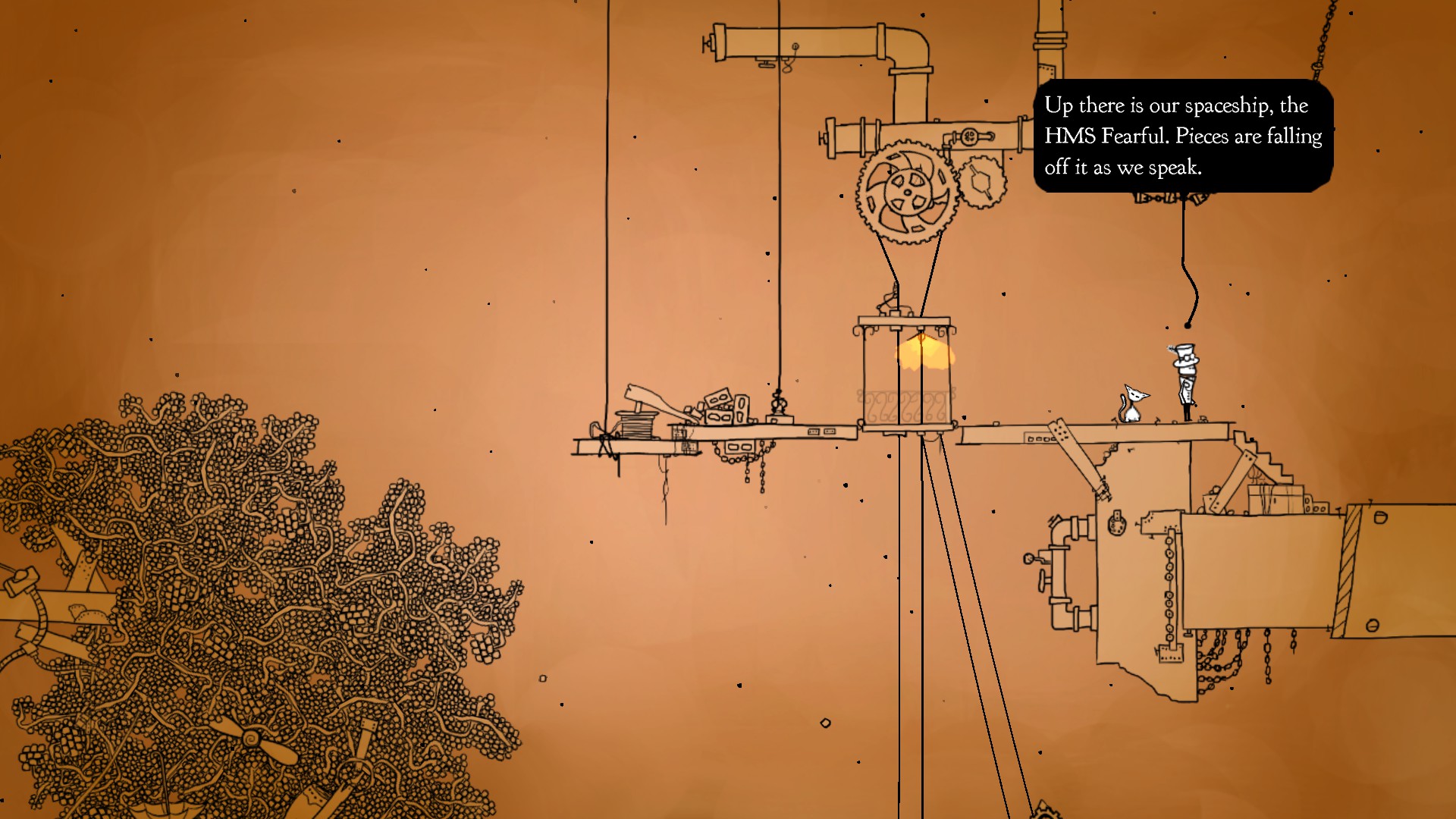 There are no graphics detail options, but the game doesn’t appear to be very graphics-heavy.

39 Days to Mars is designed to be played with a friend in a local co-op setting, with each of the players controlling one of the two protagonists, or, more often, one of each of their hands. It can also be played single player, however, with Sir Albert’s cat assisting him. Meow.

The game can be played with various combinations of keys, mouse, and controllers, but you can discard the mouse, as sensitivity is much too low and doesn’t seem to be adjustable. The game didn’t properly detect my Xbox 360 controller when I turned it on after the game started, so make sure you have your controllers activated before starting the game. 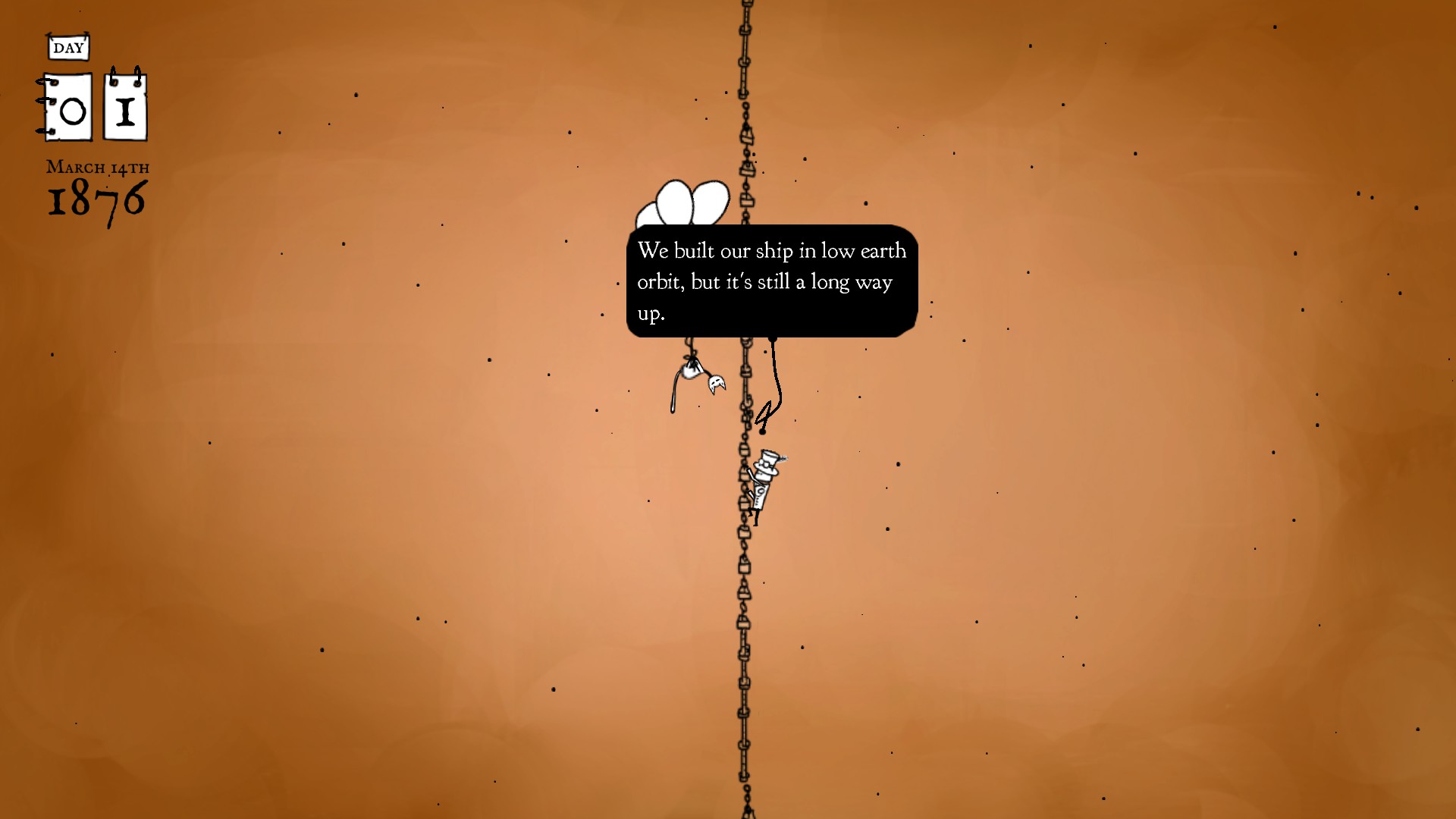 The gameplay is made up of a short series of puzzles interspersed with silly dialogue. In each puzzle each player controls one hand of one character to try to manipulate the various puzzle controls. Most of them need two hands working towards a common goal to overcome. To begin with, it’s a nice gimmick and makes for some funny moments, but it gets old fast when you realize that almost all of the puzzles use the same gimmick, though a couple of the in-space puzzles can actually be completed with only one character’s hand. Playing single player, the one player controls both hands independently, which is actually pretty easy on a dual-stick controller. 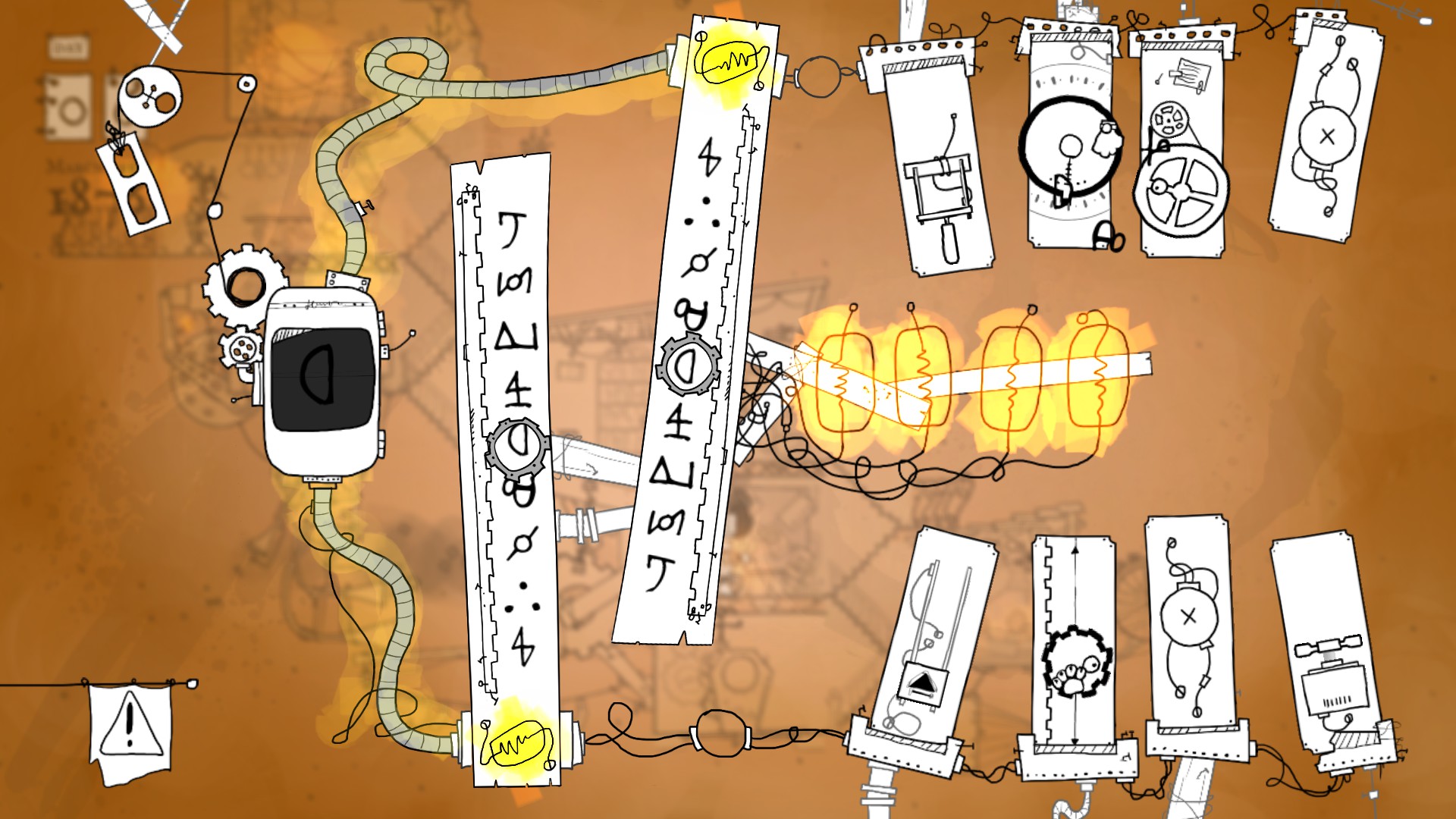 Unfortunately, too, the controls can be a bit awkward sometimes. In many of the puzzles the players need to grab puzzle components using a button, but sometimes that button doesn’t actually work. So, using the first puzzle as an example, one player will grab a jigsaw piece and the other will try to grab a corner to rotate the piece, but for some reason the grab will occasionally ‘miss’. The worst example of this is in the single combat puzzle, when block occasionally doesn’t respond; I found myself having to press it twice sometimes to get it working, by which time I’d already been hit.

When I say “short”, I really do mean it. My first play through took me a bit over an hour as I came to grips with each of the puzzles and alt-tabbed to take notes for this review. My subsequent playthroughs took me considerably less than that. At first I expected to encounter some different puzzles each play, but alas it was not to be; each game has the same identical four puzzles before you get to your ship, the same three puzzles on your ship in space (potentially in a different order each play), and the same three action sequences in space. These are followed by the same action sequence to land on Mars. Oh, and the same tea-making sequence is used over and over again, though with different target tea styles. There are Steam achievements to find and unlock across multiple plays to try to increase replayability, but with the lack of variation in the game I’m afraid I just couldn’t be bothered with them. 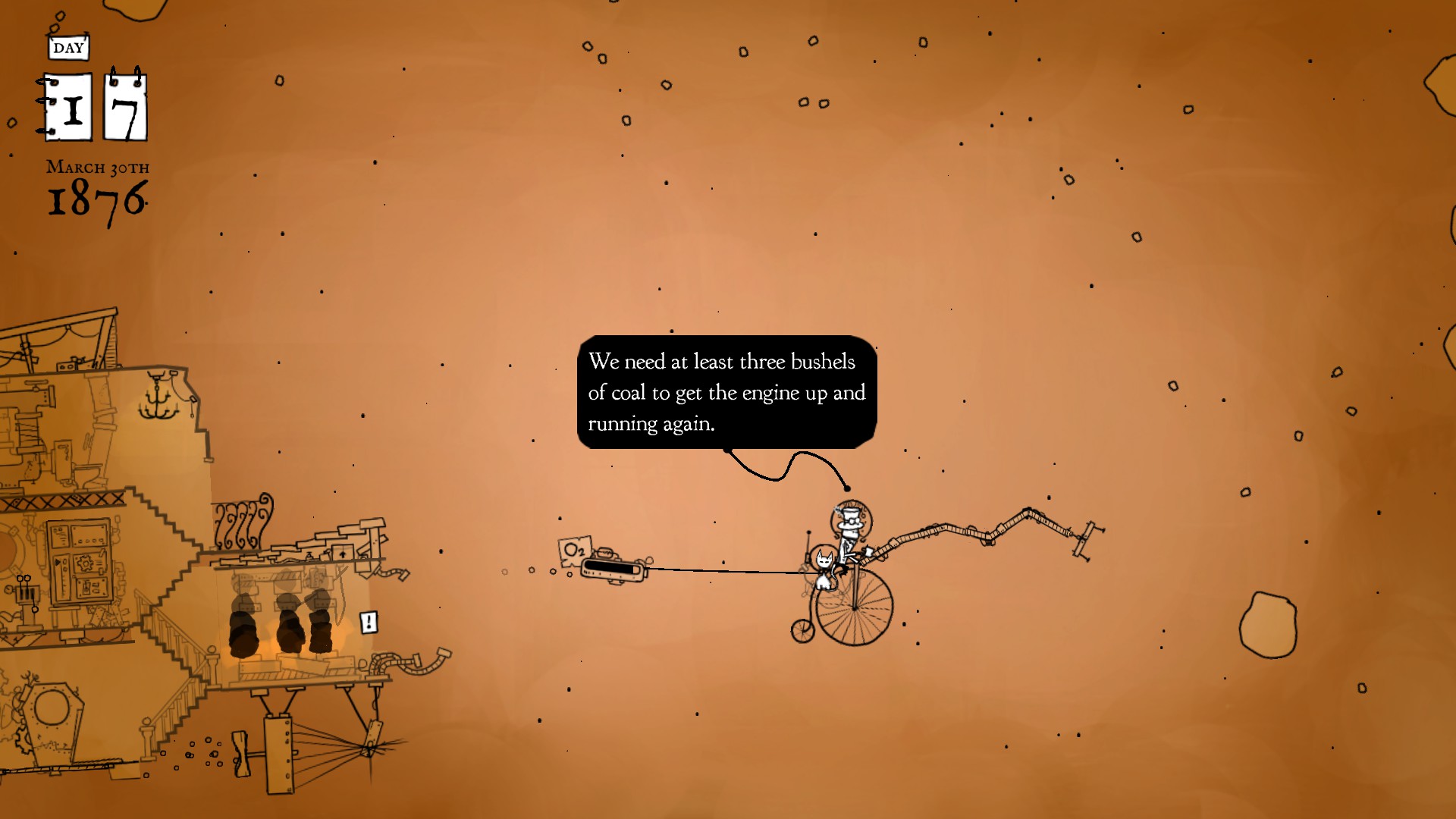 It’s a shame, too, because 39 Days to Mars has so much heart and personality. To see it all boil down to an experience that takes about an hour at most is a bit depressing. And even in that short a time the old Avengers-style tea joke is most definitely over played, though that could be because of the not-quite-right accent. Oh, speaking of tea, why doesn’t the game take into account sugar and milk put in the cup before adding the hot water? Is that a bug, or is it intended? And for that matter, why are two such distinguished gentlemen making tea with a tea bag in the cup instead of in the pot!? 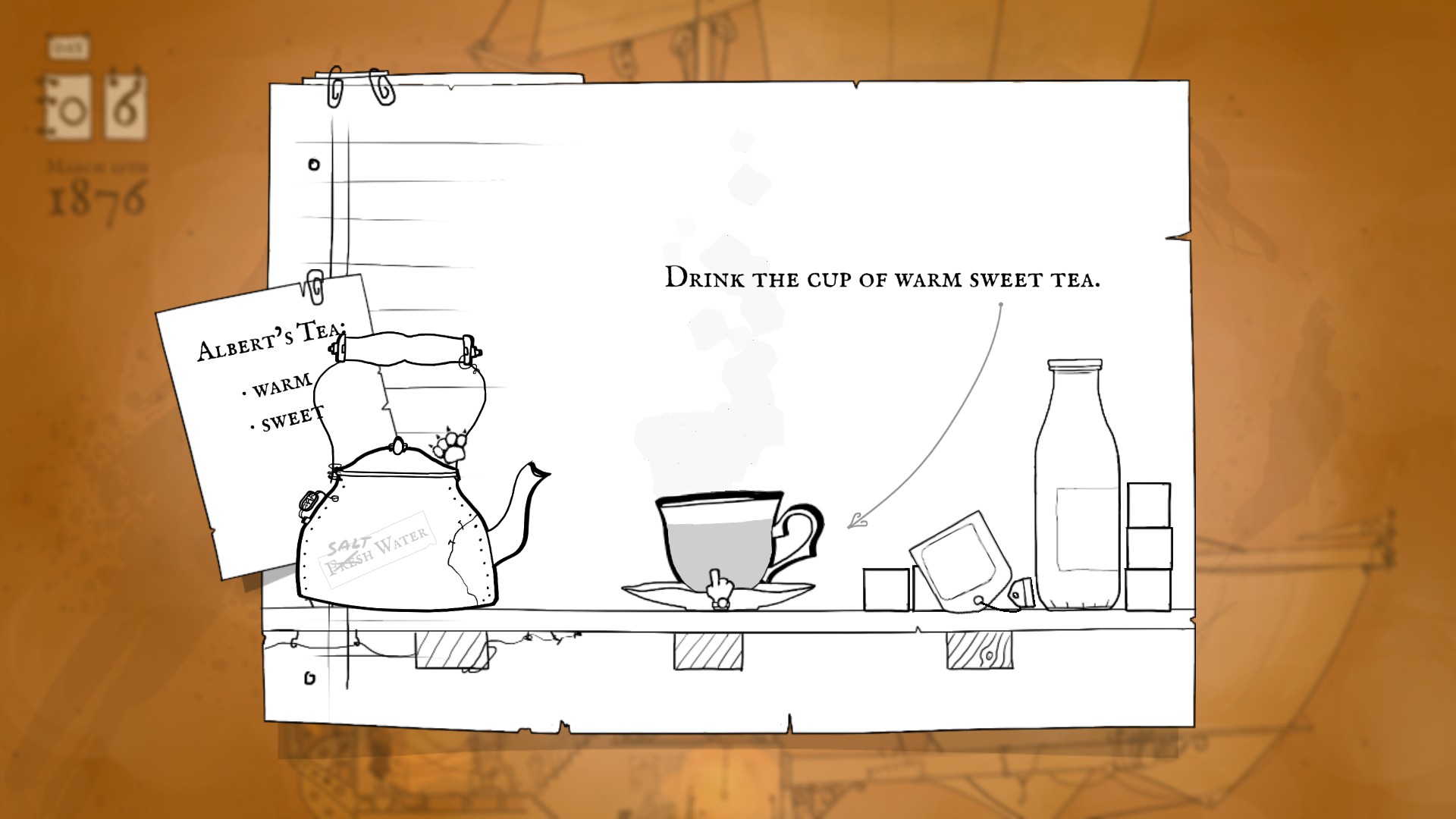 39 Days to Mars is a quirky little casual puzzle game. The art style is great and the music is relaxing, helping the few minor frustrations fade away — well, apart from that accent, anyway. It is, however, exceedingly short, with replayability severely limited by the number of available puzzles and the lack of any significant differences between plays.

Given the amount of content the asking price is rather high. It really is a lovely game, there’s just not much of it.