Questionable design and tech issues are aplenty in this retro-futuristic space adventure game.

Far Out is a game which I’ve been interested in ever since I first saw it pop up on Steam’s upcoming list a few months ago. At this time, there wasn’t that much information available about the game besides a few screenshots and a rather vague description, but the promise of a first-person survival game in a retro-futuristic setting really caught my eye.

Nonetheless, as time went by, I eventually forgot about the game and when I finally realized it was coming out, I pretty much had no expectations at this point and didn’t bother to catch up on any newly released footage, I just wanted to dive into it blind. Now, I had no expectations, but still, my first minutes with the game weren’t pleasant ones, and I almost immediately realized that there was a lot wrong with this game.

The game is probably best described as a first-person adventure game, so I don’t really agree with the “survival” label that the developer has chosen for this title for a few reasons. The premise of the game is that you are trying to escape from the spaceship you were stationed in, after waking up from cryogenic sleep. Right after you wake up you realize that something is clearly amiss, but there isn’t really a linear progression as far as the game’s story and objectives go. 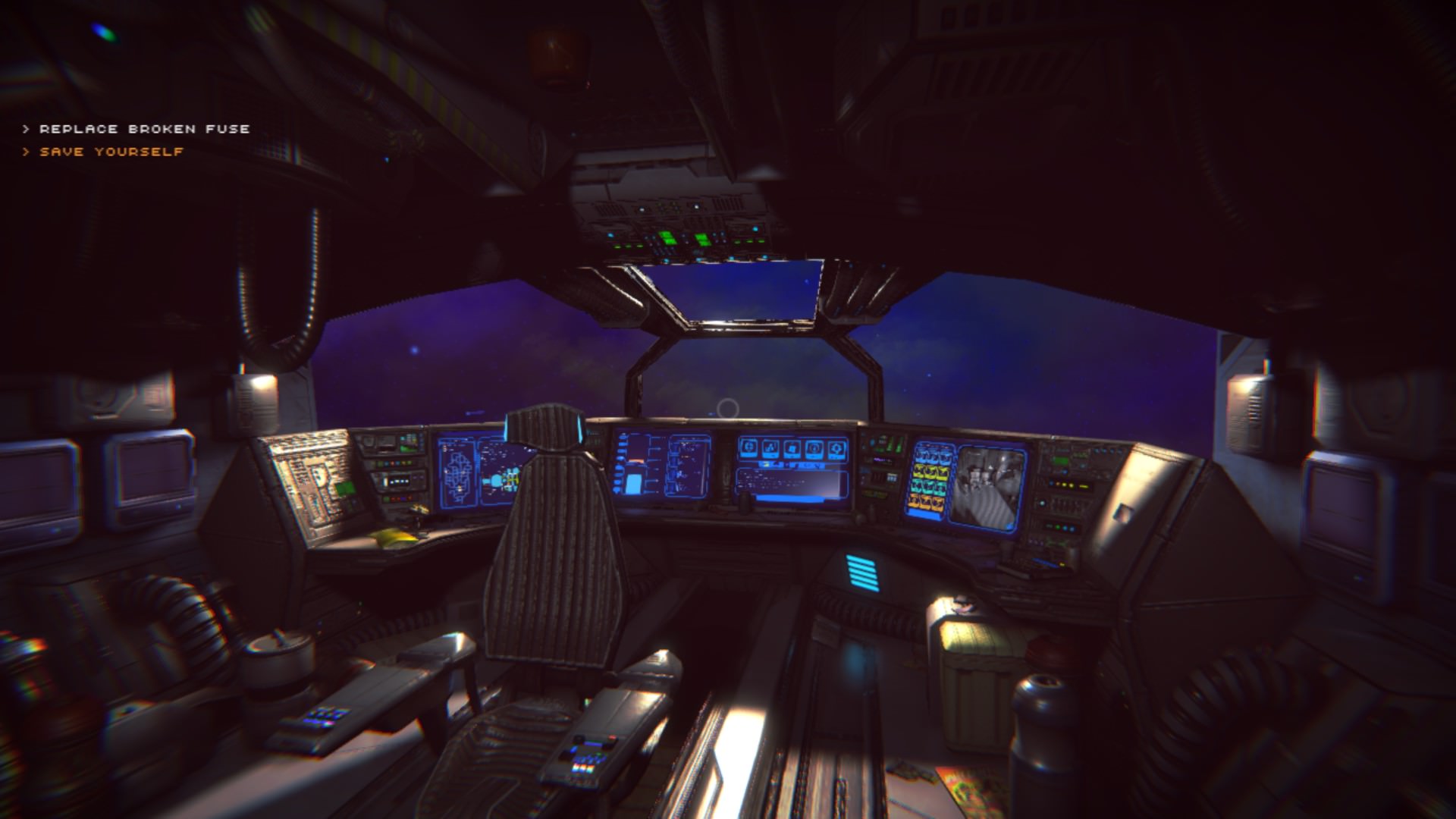 The spaceship itself is rather small, but you’ll find yourself going back and forth as you attempt to complete certain tasks, and this plays a vital role when one of the, supposed main selling points of the game is the fact that there are random events that can occur, as well as multiple endings. With that said, I must mention that, while I usually don’t have anything against games that don’t hold your hand, which this game does quite a lot, I found that Far Out’s approach was quite infuriating at first.

My first hour with this game was spent going from room to room trying to figure out what to do next because my only objective was “Save the ship”. The game didn’t tell me how, nor did it give me any indications as to where I should go. During that hour, I feel like I only made anything that actually mattered in the first 5 to 10 minutes, with the rest of it just being wasted trying to figure out what to do next until I eventually decided to start over.

I believe that one of the game’s main features, the fact that you can interact with a lot of items and props in the ship, is also one of the biggest culprits as to why I and other players are so clueless during the early game. There are a lot of things which you can interact with in the ship, but most of these apparently don’t really do anything, they’re just little buttons that you can press for no apparent reason. With that in mind, the fact that most buttons look the same and some might do something while others don’t, only make this difficult for the player to know what needs to be done next in order to progress. The game also almost seems like it’s aware of this, as your character keeps saying to himself “I clearly know what I’m doing.”. 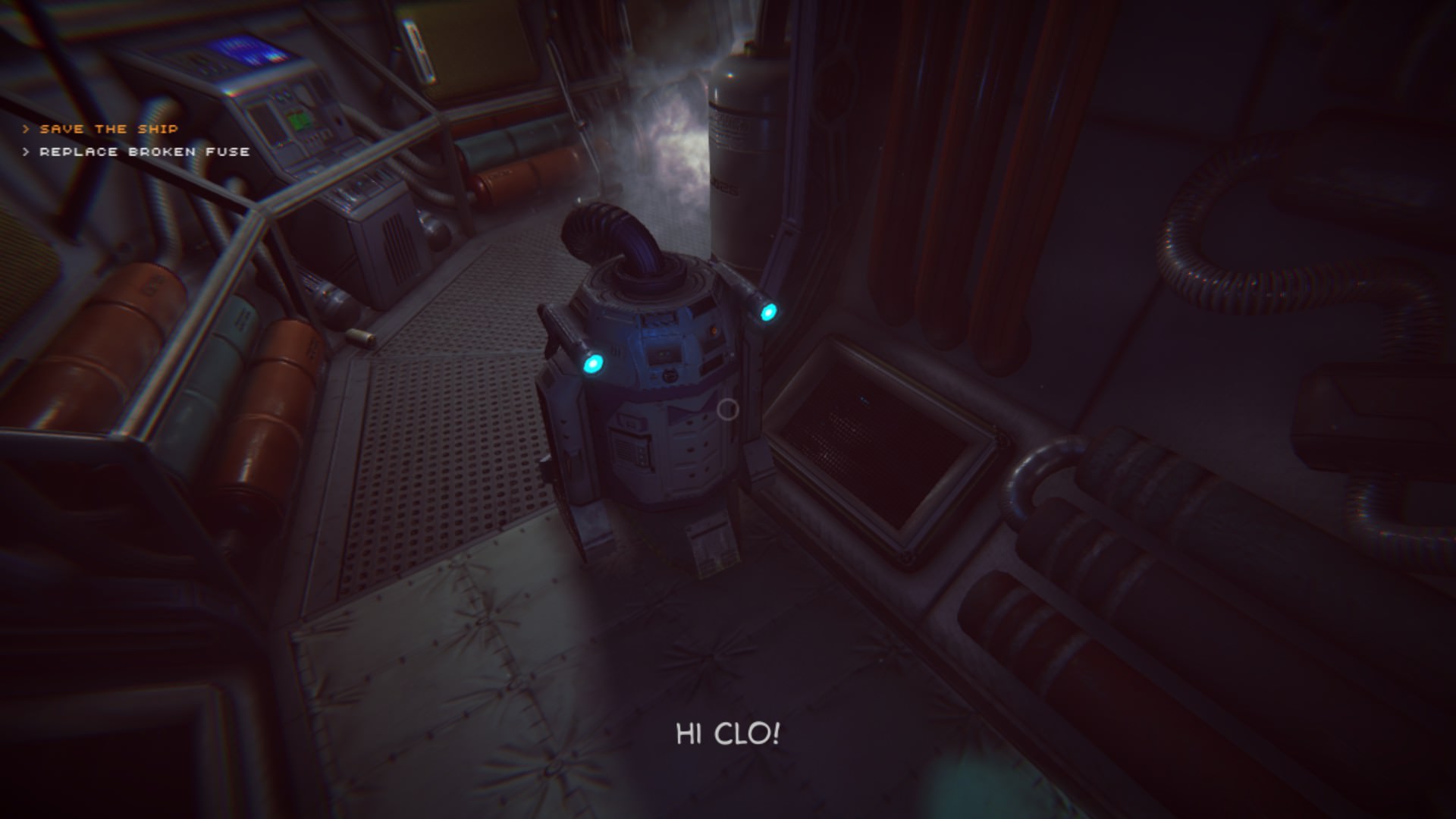 The game doesn’t only suffer in terms of design, as technical problems are quite aplenty. Right when I started the game for the first time, it launched the game in Steam’s Big Picture mode, which upon further testing I determined that it only happened if I left my controller connected. This wasn’t really an ideal solution for me, as I tend to use it to play other games, so I had to disable the overlay directly through Steam, which as far as I care isn’t really something that you should be doing just for one game, but I really wanted to give Far Out a chance.

Surely enough, while my first playthrough resulted in restarting the game because I thought that perhaps the game had bugged out, my next two runs were also abandoned because I simply got stuck in the environment, mostly next to the walls of the ship. The issues don’t stop here though, as the game refuses to stay at the resolution of my monitor, it keeps automatically lowering itself while I’m playing. There’s another issue that I instantly noticed as soon as I opened the options menu, and that’s the fact that the game offers a field of view slider without providing an actual FOV value, and I’m sure that hardcore fans of first-person games might be annoyed by this.

Now, there is also another thing that I really don’t like about the game, and that’s the annoying use of excessive blue neon lights that actually gave me some eye strain just a couple of minutes after starting. The most bothersome of all is the one that you actually carry on your hand, and acts like some sort of glow stick. The issue with this is that you have to choose between carrying this bright, strain-inducing light on your hand, or pretty much absolute pitch blackness in some parts of the game, depending on which events occurred in a specific run. 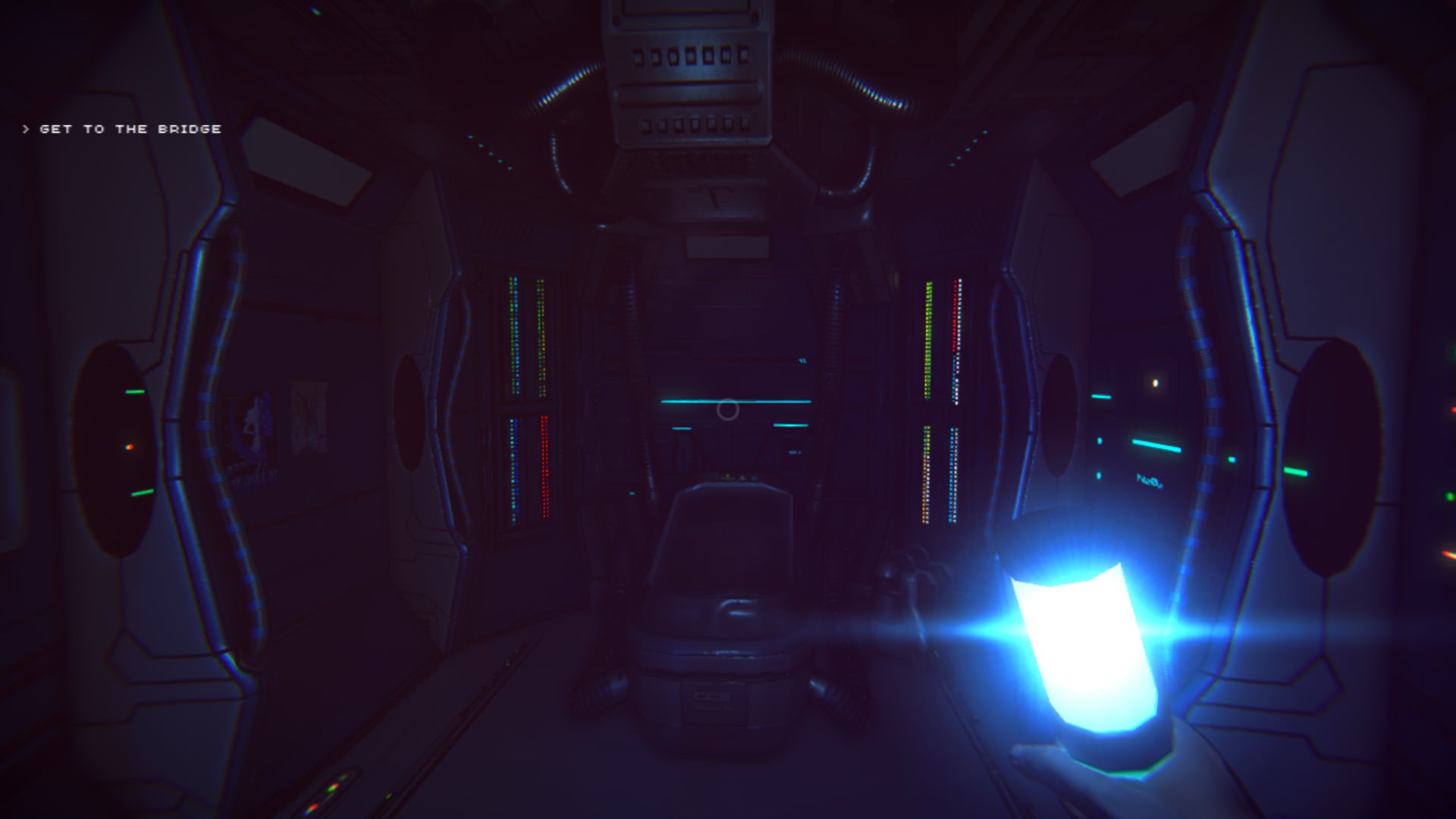 The game seems to try and sell itself on the premise that it offers multiple endings and ways that your story can play out, but ultimately that doesn’t really matter that much. The game punishes you for doing certain things, and there’s no way you could imagine that certain actions would lead to such consequences, like pressing a random button would knock you out unconscious, or taking a bottle of pills will change your color perception.

This is one of those cases which is just wasted potential. It’s also worth noting that you can easily beat the game in under an hour, but that’s just one ending, there are at least two more. Still, I feel like the current price is too much considering the state of the game. There are tons of bugs, questionable design decisions, annoying little issues, all of which culminate in an extremely unpleasant experience. There isn’t really anything worth seeing here…