What would you do if you met the girl of your dreams less than a week before the end of the world?

The game tells the story of Kevin, an astronomer in Taiwan who is one of the few people on Earth to learn of the world’s impending doom.

You see, many years ago mankind reached for space in an attempt to escape from the problem of Earth’s ever-increasing population and decreasing useful resources. One bold plan, named The Companion Star Project, managed to shift a large asteroid into Earth’s orbit. But rather than harvest the resources for use on the planet, the rich and powerful took many of Earth’s precious resources with them up to live on the Companion Star instead. Those left behind became angry and unruly. Wars ensued and the technology to communicate with the Companion Star at all was lost. Life gradually returned to normal and the asteroid was forgotten, the project sliding into myth and obscurity.

Three years ago the protagonist’s research team discovered the Companion Star in a decaying orbit, quickly calculating that it would hit the Earth, likely destroying all life on the surface. Underground shelters with hibernation systems were developed and built in many locations across the planet, but only those privileged few — the most rich and powerful, once again, as well as the protagonist’s research team — were allowed to know of their presence, or the Earth’s impending doom.

The story begins less than a week before the protagonist is due to enter hibernation, together with humanity’s elite, with only two months left before the asteroid will hit. Wandering the streets one day he meets a young girl, Airi, and his life changes forever. 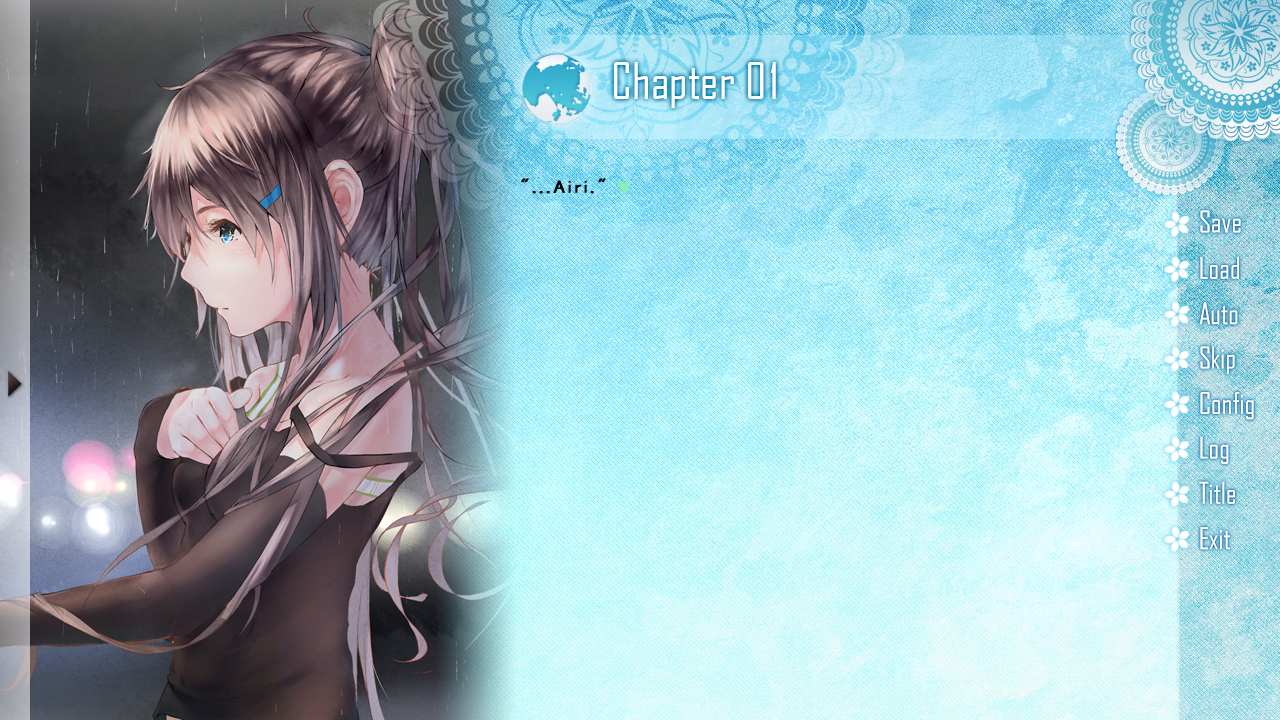 Companion is presented in a format similar to any other visual novel, with a few lines of text laid out in a text box together with a background image, which changes depending on the scene described.

The game definitely leans more towards the ‘novel’ part of the genre, though, with most of the game’s11 text being displayed in a very large area on the right of the screen, with the background image only taking up a small portion on the left. Having played many visual novels with small semi-transparent text boxes over full-screen background images, I thought this layout seemed a bit oppressive to begin, but I became more used to it as I played.

Occasionally the text box part will disappear, revealing a full-screen image, but this is rare and most of the art is used multiple times throughout the game. While it’s well done there’s way too much reuse, leading to only a small number of unique images. 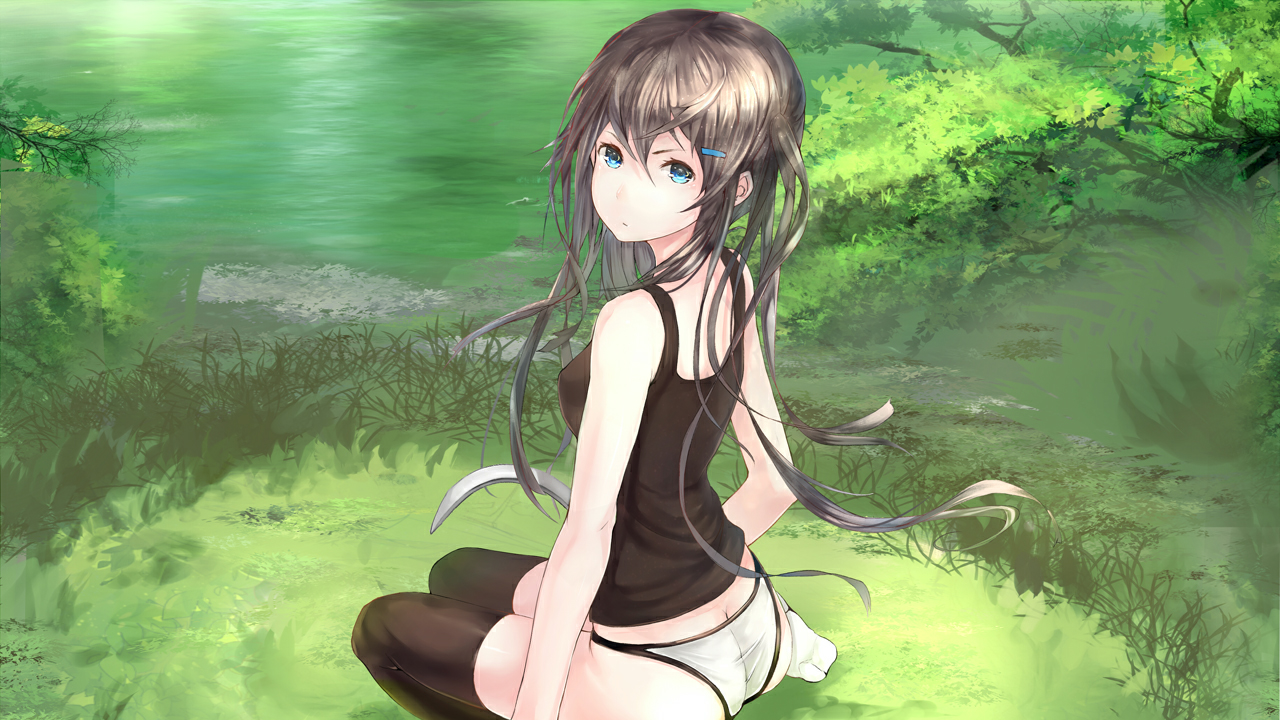 Music is well produced and pleasant, with pianos, providing a mostly relaxing back drop to the prose. There are a number of tracks ranging from light and airy to more dramatic and mournful. It’s basically what you’d expect from an anime-style visual novel, though perhaps without quite so much of a J-pop feel as some.

There are no sound effects, I think, but all character dialogue except for the protagonist’s is fully spoken. According to the Steam store page the speech is in Traditional Chinese, with which I’m not familiar at all. It does seem to be well produced, in any case.

Companion is a kinetic visual novel, meaning that there are no choices, branches, alternate endings, or any of that sort of thing. You don’t so much ‘play’ it as simply read the story from start to finish while listening to the music and looking at the art. Gameplay thus consists of pressing the spacebar or mouse button for every line of text, and that’s about it.

The story is quite short — about 2-3 hours’ for a complete read through — and though the setting is really quite interesting it doesn’t seem to be explored very thoroughly. Companion is essentially a short story, with one idea that’s central to the story, and once that idea is followed to its conclusion, it’s game over. It’s a bit of a shame, I think. I would have liked to have seen more of the world the writer envisioned, either through branching pathways or an extended storyline, or both.

As it is, though, the story is poignant and mostly well written, though somewhat predictable. 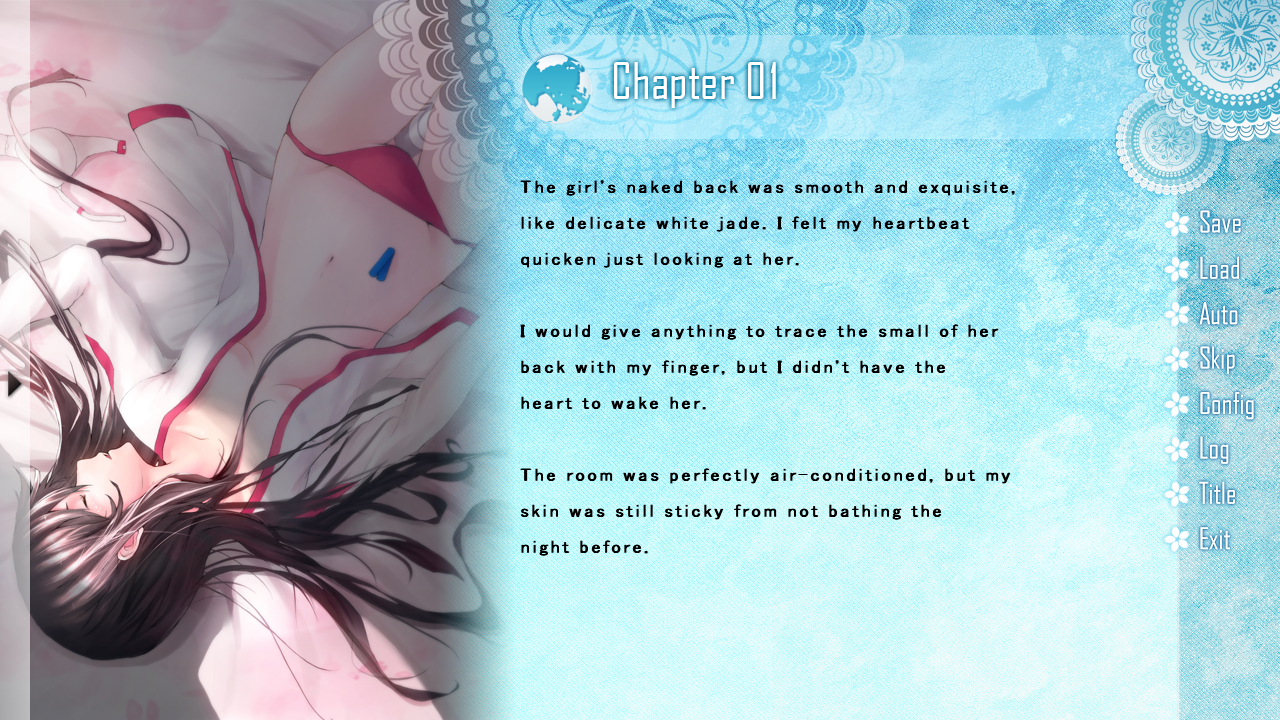 One unfortunate issue with the title is that the auto text option doesn’t work very well. It allows you to set a text advance speed to your liking, which is great, and it’s fine at the beginning of each page. But at the end of each page it immediately moves to the next page, not giving you enough time to read the last sentence. Steam integration is basically non-existent, too; you won’t find any achievements or cards, and there’s no Steam overlay or screenshot functionality. There are also occasional typos or weird turns of phrase, but overall the translation is better than expected.

Companion is well produced with pleasant music and art and an interesting setting. The writing isn’t bad, either, and has a pretty good English translation. It has very few characters and not that much actually happens in it, however, leaving me feeling that the potential of the world created by the writer is largely wasted. If you’re after a reasonably intelligent kinetic visual novel with adult themes, but none of that boobie stuff, then Companion is worth a look