Planetoid Pioneers may be one of the most oddly captivating games I’ve played in awhile for reasons I am still trying to figure out.

I played the Planetoid Pioneers beta for about three hours and, surprisingly, found myself kind of hooked.  I just had to dig, delve, look, explore, scan and so on. It’s not like the new Skyrim of games here.  But, dammit, I was flat-out unable to put it down even though I wasn’t particularly thrilled with the lack of polish in the gameplay.  Now I am on build 2, and guess what?  It’s still mostly the same but with voice actors and, lo and behold, once I got back into it I  lost track of time and played until the wee hours of the morning. Again.  So, does that make Planetoid Pioneers amazing?  No!  It’s fun..ish, but only if you like exploration, World of Goo, Scribblenauts, dying, and crash test dummies.  In that order. 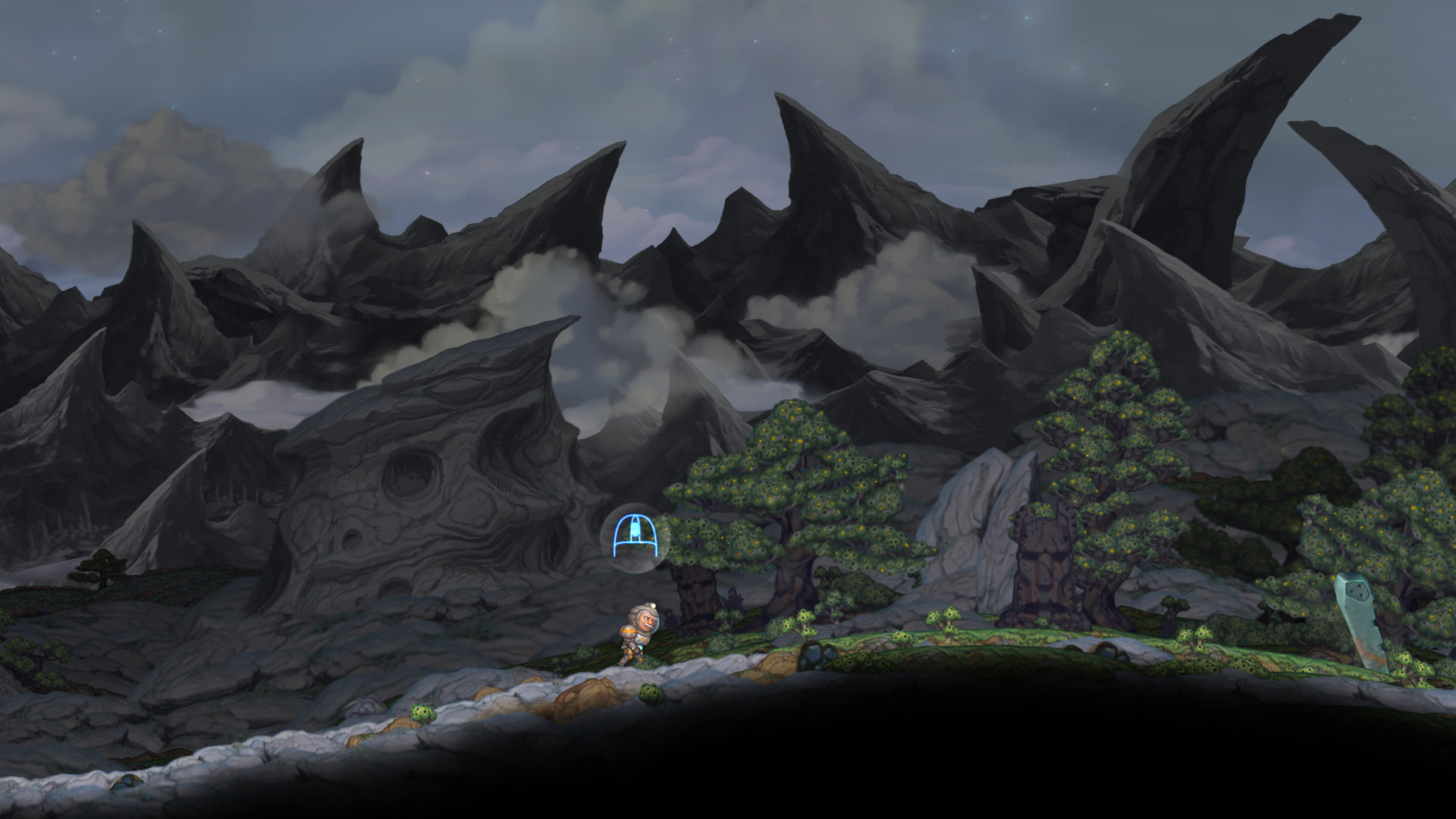 Um. What is it again?

Beneath a ton of wonky physics, you’ll find a decent game down in the depths and that game is called Planetoid Pioneers.

Whether you like it depends on you as a player.  There is a roughshod tutorial to begin with, but it really does not show players what to do or what needs to be done.  I’ll provide a quick lesson: scan things that are not alive, create guns, create backups of yourself because it’s going to be helpful trust me, and explore in a sort of Cut the Rope or World of Goo way of constructing things to get around while shooting at the things that try to mutilate you.  Your goal is to build a ship by locating and scanning the remnants of an old one scattered around the planetoid and escape.  You respawn to a new body when you die at a save point.  Ta-da!  See, if that had been explained in the first 10 minutes I would have been fairly happy.  Instead I got attacked by feathery aliens and told to assemble a log.  Nope, didn’t work for me.  After awhile, I got the hang of it though.  No one told me, until build 2, that I could just use the save points instead of making backup bodies all the time.  I figured it out, but hey it would have been nice, grrr. 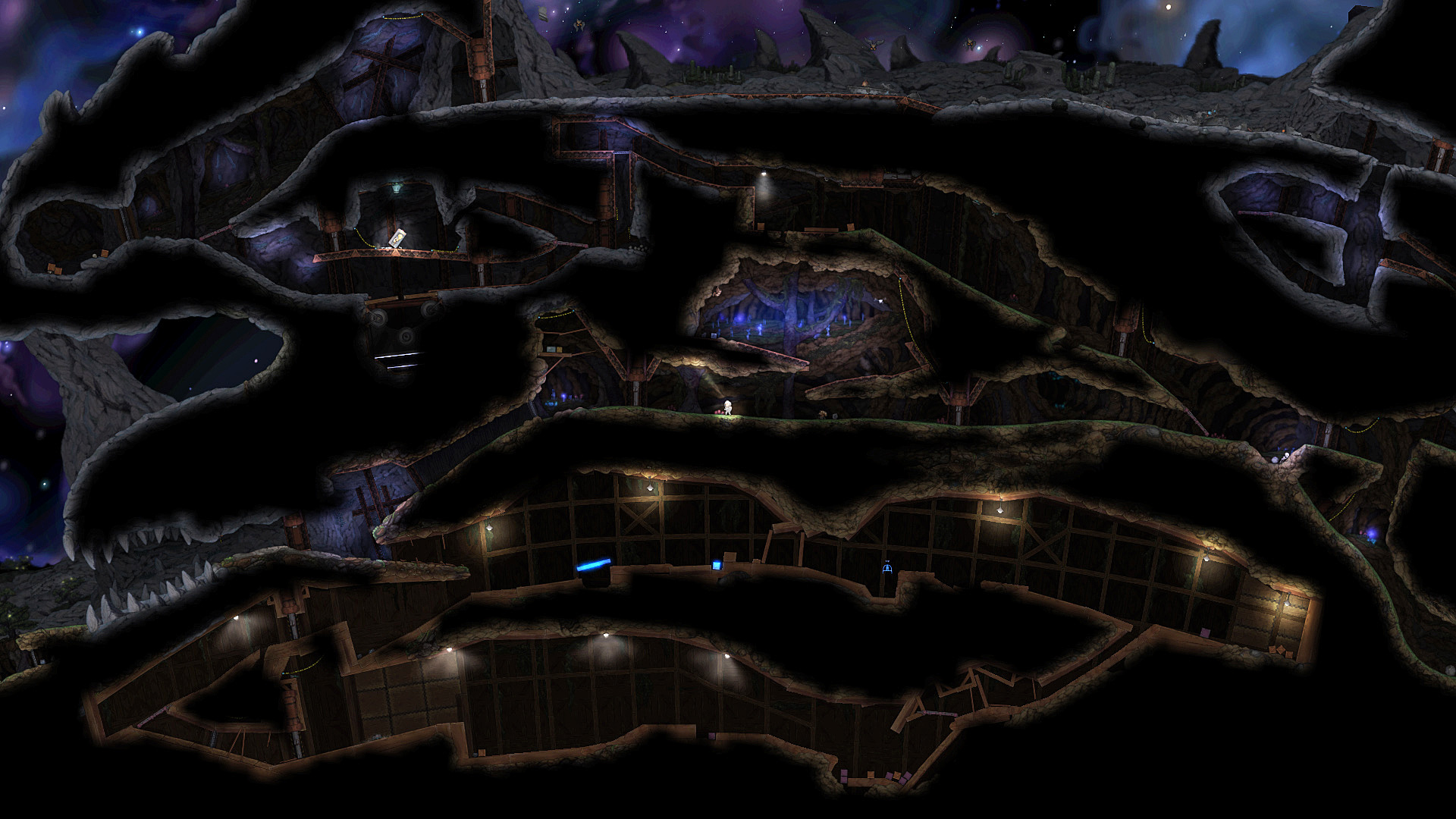 To Sandbox Or Not to Sandbox

So, is it a sandbox?  This is a tough one, it kinda is and kinda isn’t.  The reason I say it isn’t is because I began to see structure with the puzzle solving after awhile.  Even deep in the depths of the planetoid, there were areas purposely made to be discovered in the bowels of the earth with a sort of open world progression.  Some things were mean.  Some had guns.  Others were almost freakishly vile and I still see that thing down there when I close my eyes, ack.  While it maintains sandboxishness, I think things are a wee bit more planned out with a hint of progression than you may expect once you discover them.  That said, those  planned out areas with environmental puzzles can be a lot of fun to solve. Or irritating.  Actually, both. 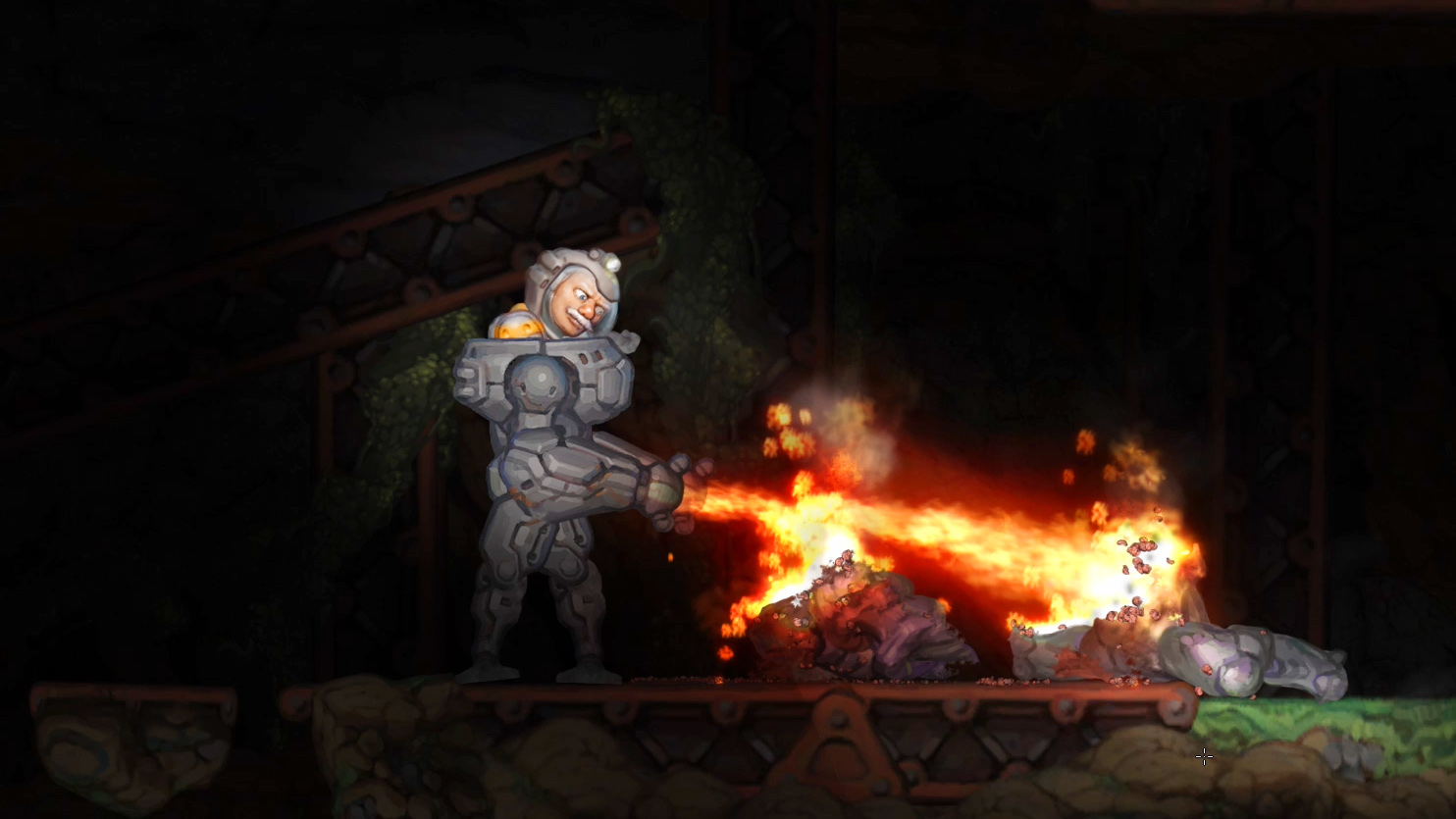 Puzzles are solved by reconstituting, thank god not regurgitating, elements together from your trusty scanner and hoping it all works like in Bad Piggies.  The physics are, and I’m using this term loosely, wigged out.  Add a triangular ramp and it will shift and move as you climb, even break off in areas.  Going across things with ramps and such was easy enough, it’s building vertically that is wonky because nothing really stays still when you climb on it.  It’s like someone added marbles under your feet and you’ve got to try not to fall while putting frosting on a cake.  I liked it at first, but once I went down an unspeakable tunnel to land in a place I refer to as ohgodiamstuckville, I realized I had to make a wobbling ladder of these wooden triangles that keep on breaking.  Oh, and aliens will likely try to kill you too.   Both the eating kind and pew-pew type. This is repeated with moon buggies and some astoundingly silly driving mechanics as well. 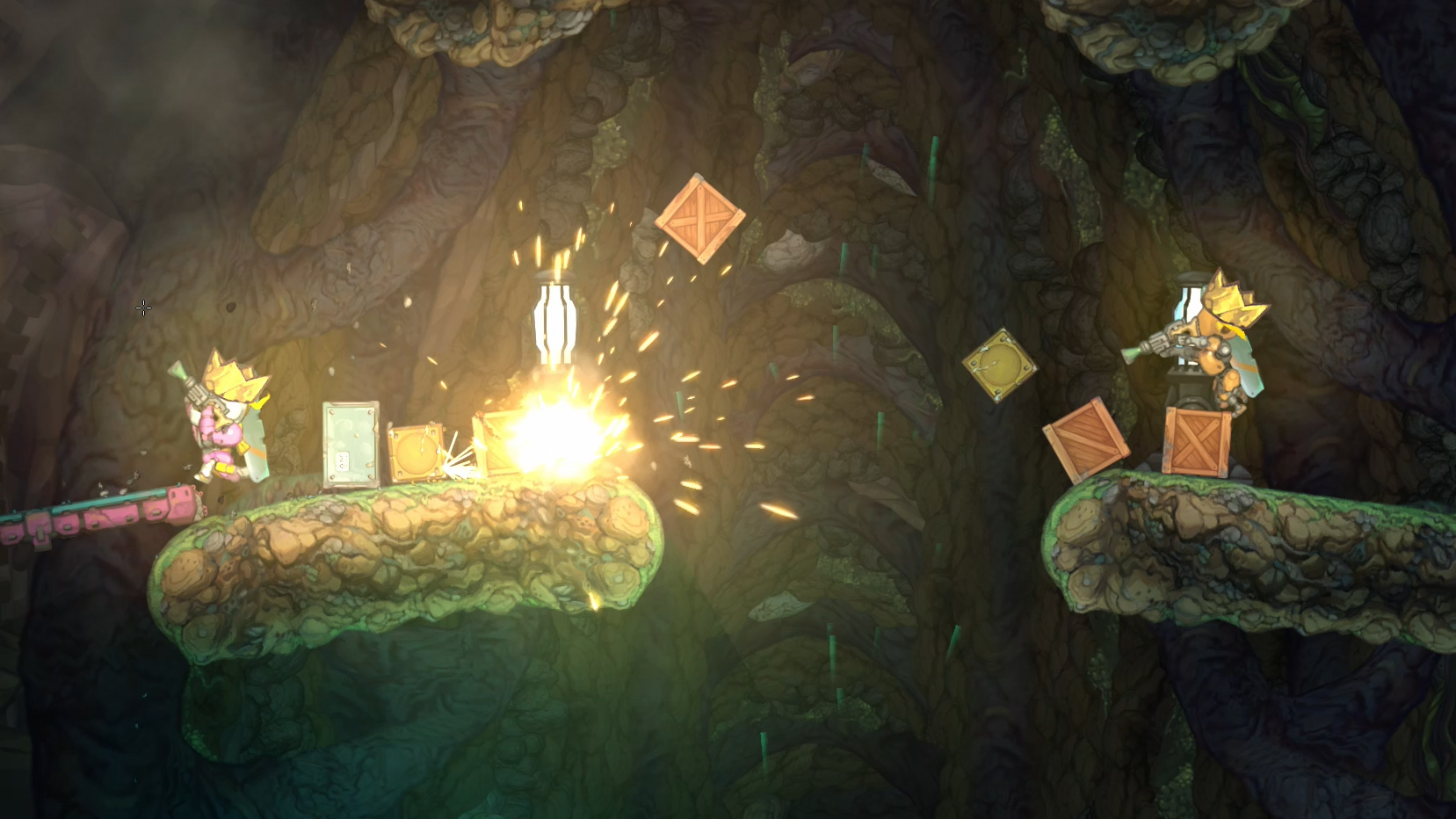 It’s sort of insanely ridiculous how the physics are, but here is the thing – the physics are just a hair under nutty.  It’s doable in a Bennet Foddy sort of way.  There is a method and there is a way, but do you have the patience? Right there is where Planetoid Pioneers got me.  Initially, I was cheerful and giggly about the silly physics, but after a few hours I wanted to be done with it and find a damned ladder to scan.  Herein lies the addiction, much like with Foddy.  You feel you can do it. You see the objective.  It’s clear.  It’s doable.  And then a little voice whispers “ Okay, let’s try again”, and you lose like 5 hours of time.  There is the usual resource collecting to make more items and the scanning-of-as-many-objects-as-possible bit to get a giant recipe book a la Scribblenauts, including some Steam Workshop items, but that’s the game, right there.

Now, I’ve seen complaints about doing the planetoid in like a few minutes or something. Really?  A few minutes? Kinda missing the point. The game is meant to meander.  Don’t go where it looks like you want to go, go the opposite way.  Doing so will often give you completely unknown areas with nice environmental puzzles to kick about. Now, I have yet to get the ship completed, but I’m on the way.

Is it just a single Planetoid?

I was concerned the game may be a little too brief.  After the first planetoid, then what?  That was somewhat alleviated once I found out that a new planetoid has been added. Cue the screenshot… 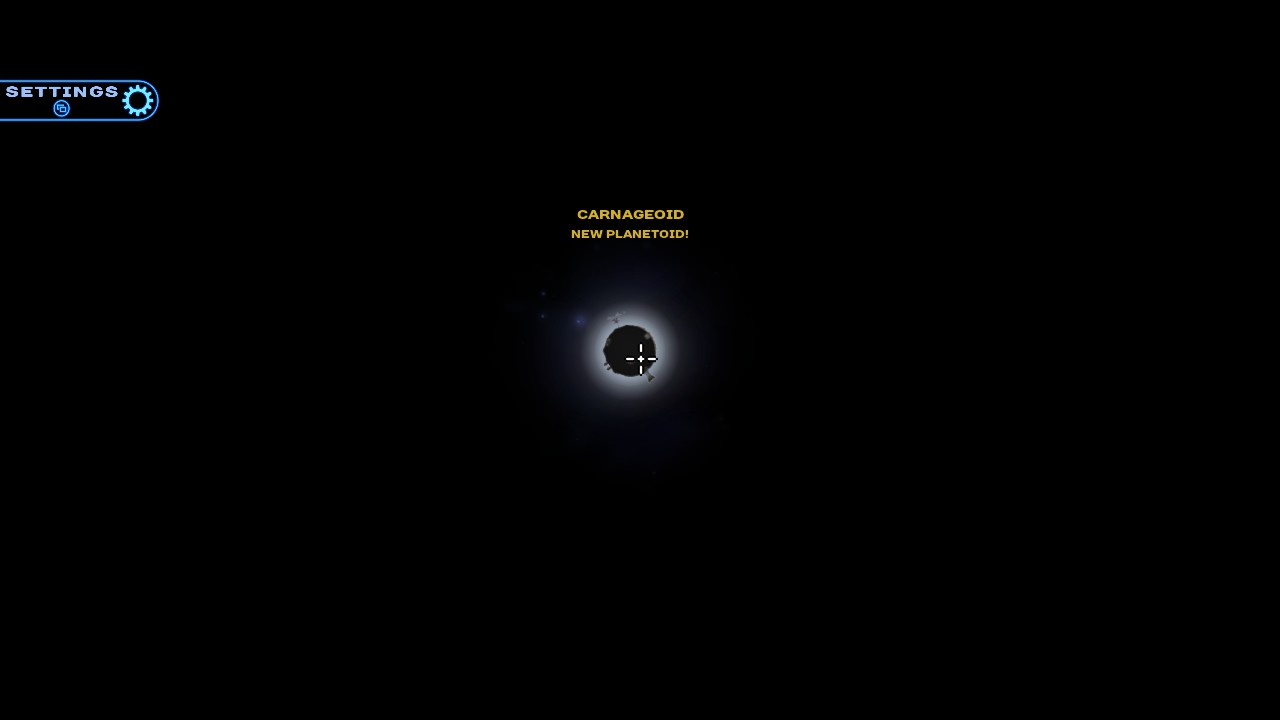 If that is all there is, then this title is overpriced.  For $20, there needs to be more like at least 5 planetoids and likely 10.  However, the planetoid is a ton of fun, assuming you like sado-masochistic exploration fail-deaths, and I’m still having a blast.  Several planetoids would be the next obvious update if it’s not planned already. 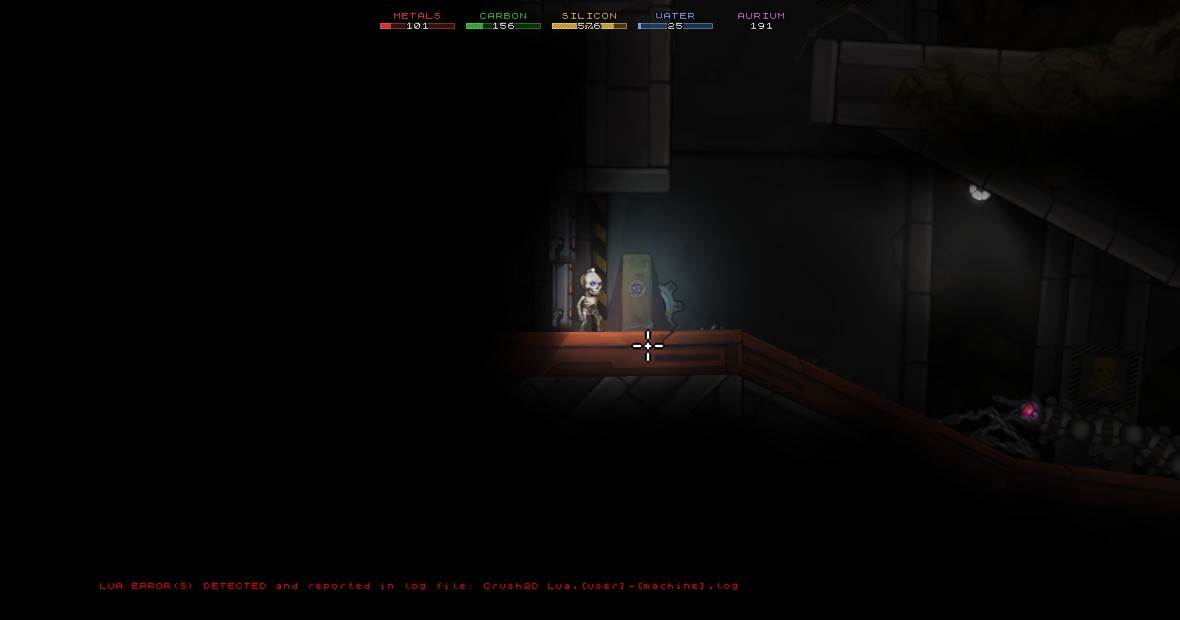 The Bad, The Unoptimized, and the Buggy

Firstly, The UI is god awful.  Just please, fix that asap.  We need resolution settings at the very least and I still can’t seem to get fullscreen to work unless I use Big Picture mode.  Also, some lighting and particle options.  On a two year old gaming laptop, this game begins to slow down considerably as time goes on.  I’ve actually yet to finish a session without it getting to the point where my PC was about to freeze.  It’s got some optimization problems for sure.

I used an Xbone controller, and it generally started off okay, but if I tried to pick a different save location on the planetoid, it was just freeze frame and squawks until it finally figured out where I wanted to go.  I don’t feel like the controller works well just yet  It’s doable for sure, but have a keyboard and mouse ready.

As for bugs, I had issues with my character suddenly falling and getting dizzy as he rode down an elevator.  While that’s how I generally carry on in elevators in real life, I would hope my digital counterpart could at least stay still when going down a level.  Also, sometimes the physics would weird out on me and have everything literally jiggling like a cockroach learning to tap dance.  It’s not all the time, but yeah it happens.  I’ve also seen rocks just keep on moving with no apparent force against them. Spooky. 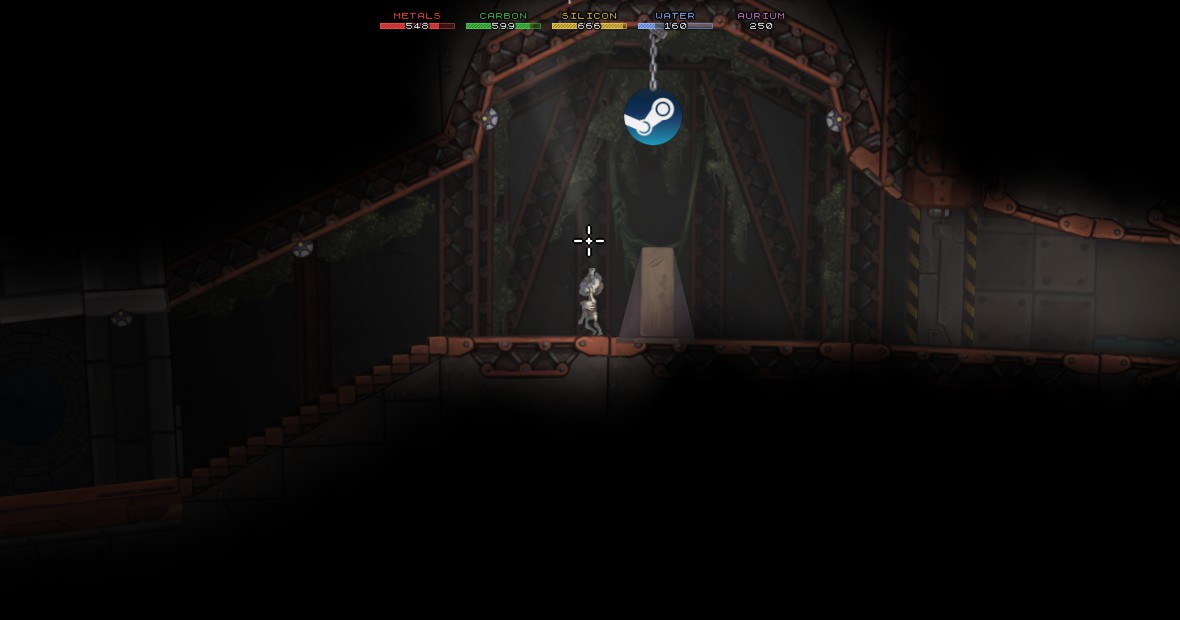 Overall, if you are the type who plays games like say Shadow of Mordor and instead of following the quests in order at the onset, you wander off to explore and fight orcs for 20+ hrs until you get stuck ( ←- looking at yours truly) , then you’ll likely enjoy goofing around in Planetoid Pioneers.  If by the first 1.5 hours you don’t like it, get a refund and be on your way.  It’s just more of the same.  It takes a certain type of gamer to enjoy this game and I think it’s limited to those that walk around to the other side of an apartment complex to get a soda that is 10 degrees colder than the vending machine across from their door on the same floor.  Yep, that’s us.  There is also the Steam Workshop integration, which is fairly neat but at the same time too young to have very much other than guns and bodies.  And, yeah, the environment is not totally destructible, but eh I don’t really care because I like the concept of the game. I personally give it a Save for Later when the price is not so 20 dollar-ish and the build is way more polished. There is a very fun exploration game here that should improve with time.