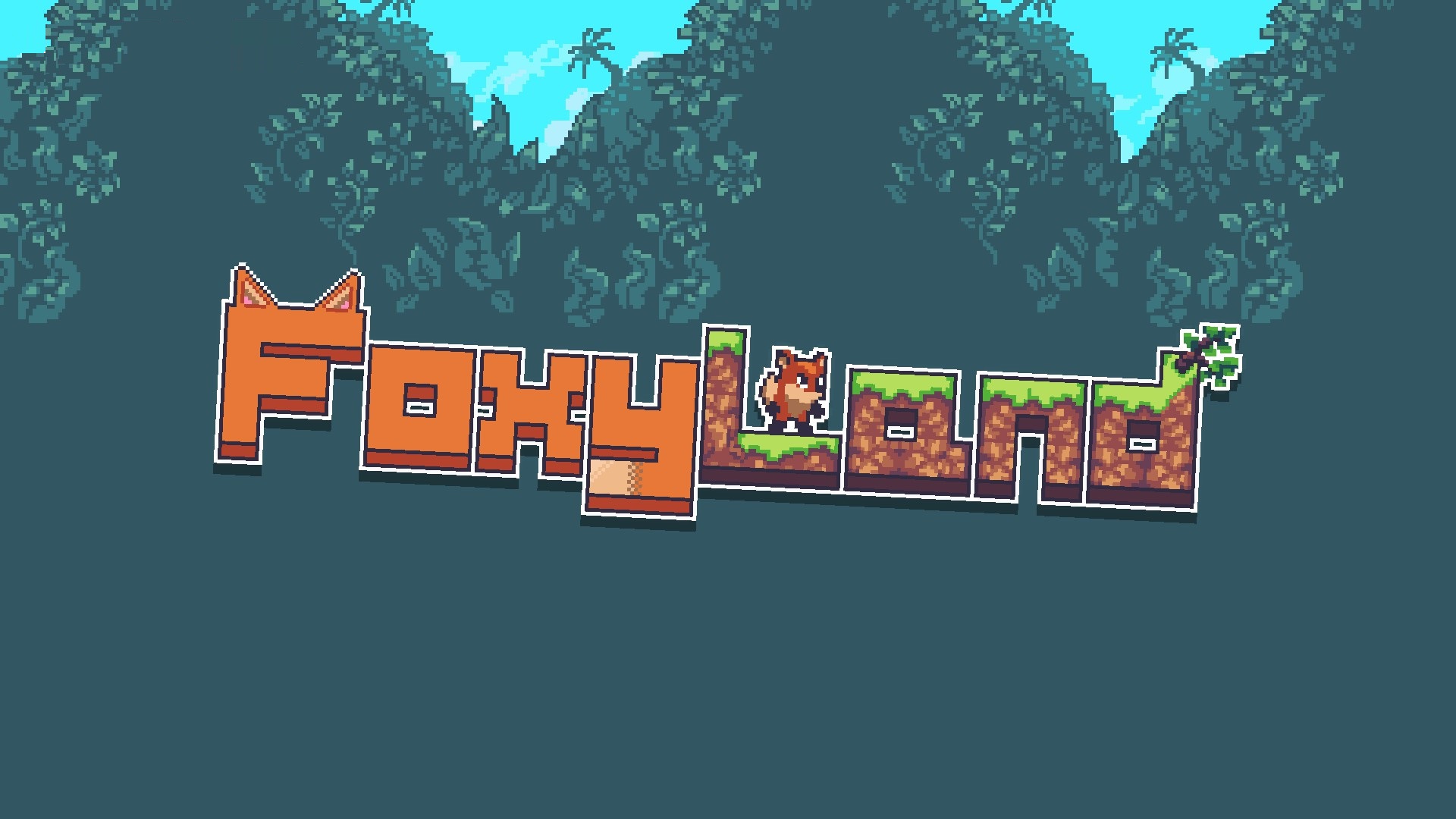 FoxyLand is a somewhat difficult platformer with cute graphics and interesting levels. While this game brings nothing new to the genre, it should keep you busy for a couple of hours.

In Foxyland you play as a fox living in a wonderful place called FoxyLand. One day, some nasty eagle kidnaps your female counterpart and the only way to save her is to collect diamonds across the 27 different levels. Makes sense? Sure it does.

Let’s start right at the beginning – the main menu. You can see right away that this game is a mobile port (I checked and the game is indeed available for a variety of platforms – including Android)/  This is not necessarily a bad thing, but I do feel like the captions on the buttons were a bit too big. As expected, the settings menu doesn’t offer a lot of settings to mess with – you can only mute the game and toggle between fullscreen and windowed mode. I was at least hoping for some graphics settings due to this game needing a surprising amount of system resources.

Right after you choose the first level, you can see that the appearance of this game is definitely one of its positive features. Vibrant colors are used for the environment and the distinction between background and important objects can be easily made. Another thing that caught my attention are the animations – it is not common to see a platformer with that amount of detail when it comes to things that move. The most eye-catching gimmick is when the treetops swing lightly when you pass them. Marvellous.

As I mentioned before, FoxyLand can be quite hard. I’ve certainly played platformers which demand even more dedication or skill, but still. The learning curve is not that steep and it is certainly well thought-out. The first level acts as some sort of a tutorial, although it never claims to be one. The first few levels are simple, they just introduce new enemies gradually and get you used to the traps you have to be careful about in the later levels. 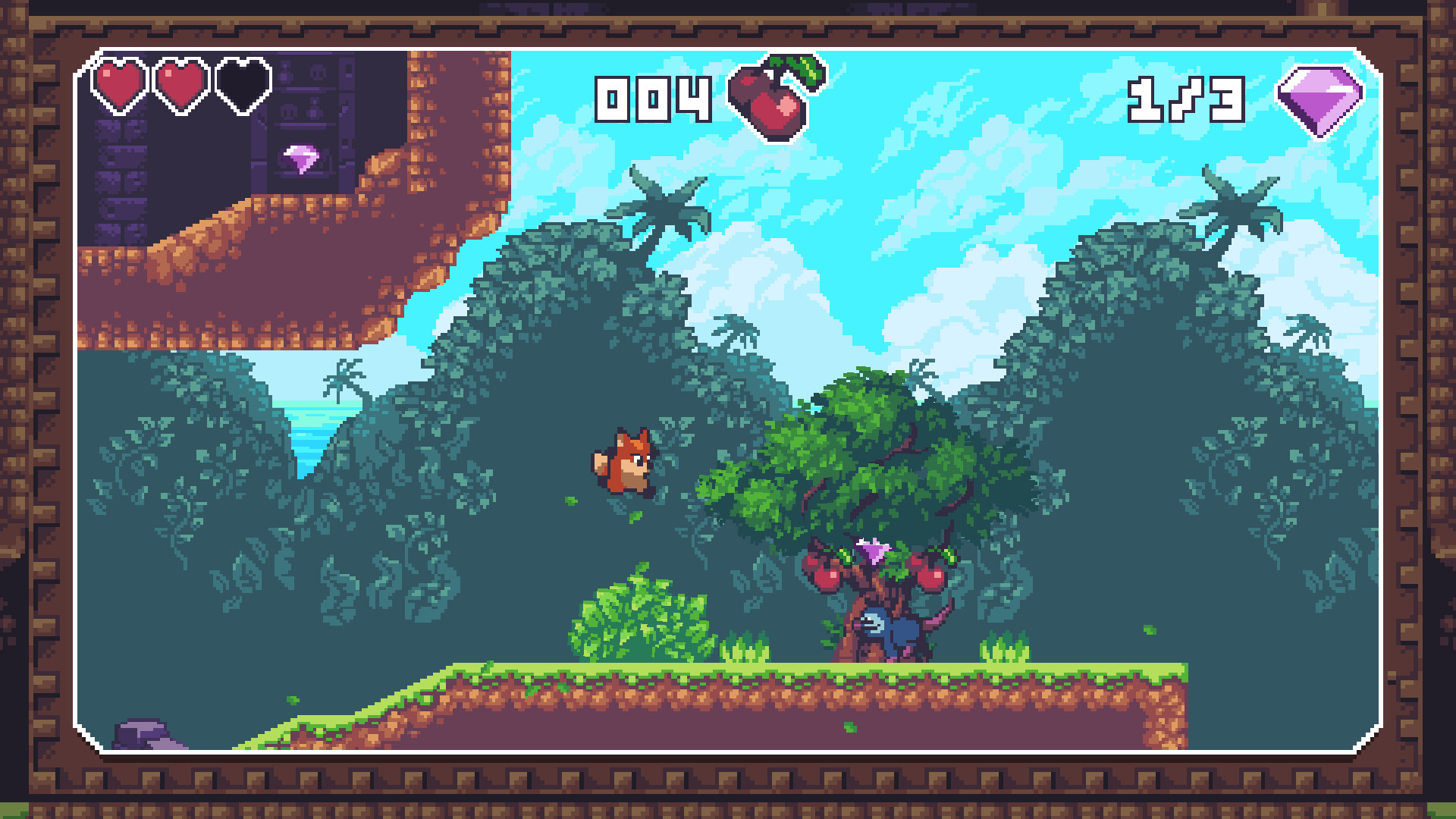 In order to beat each level, you have to collect all the diamonds (there are usually three or four of them) and then reach the level exit. While doing that, you should also pick as many cherries as you can and use up your three lives. When you reach the end of the level, you are given up to three stars, depending on your performance. If you want to get all stars, this usually means you have to get all of the cherries while not dying at all. Mostly, this is not even that difficult. If you manage to complete a level, chances are you fulfilled the requirements for three stars already.

Level design within the game is quite good, although it brings nothing special to the table. All of the levels use the exact same assets, which means that you don’t get to discover new “areas”, often commonly found in games of the same genre. No jungle, ice lands, the underworld or anything like that – just plain grass (and some caves here and there). Although I didn’t really mind that, I understand how some people might get bored if they’re used to see more variety in platformers.

I mentioned cherries before, now let me explain what they are good for. When you have enough of them, you can use them to skip levels if you’re stuck on a difficult one. Apart from that, there is also a store accessible from the main menu where you can buy different outfits for your fox. There are about ten items available, although unlocking them all would probably require a fair amount of grinding.

When exploring the main menu a bit more after rage-quitting one of the more difficult levels, I was also pleasantly surprised to find that this game also supports online play. I was sad, but not surprised, to discover that nobody ever plays this game, meaning that finding a random person to play with is not something that will likely happen. I noticed that one of my Steam friends has the game on their account so we played together for a few minutes. Although the experience wasn’t anything too special, it was a fun way to spend some time with your friends instead of playing singleplayer levels. 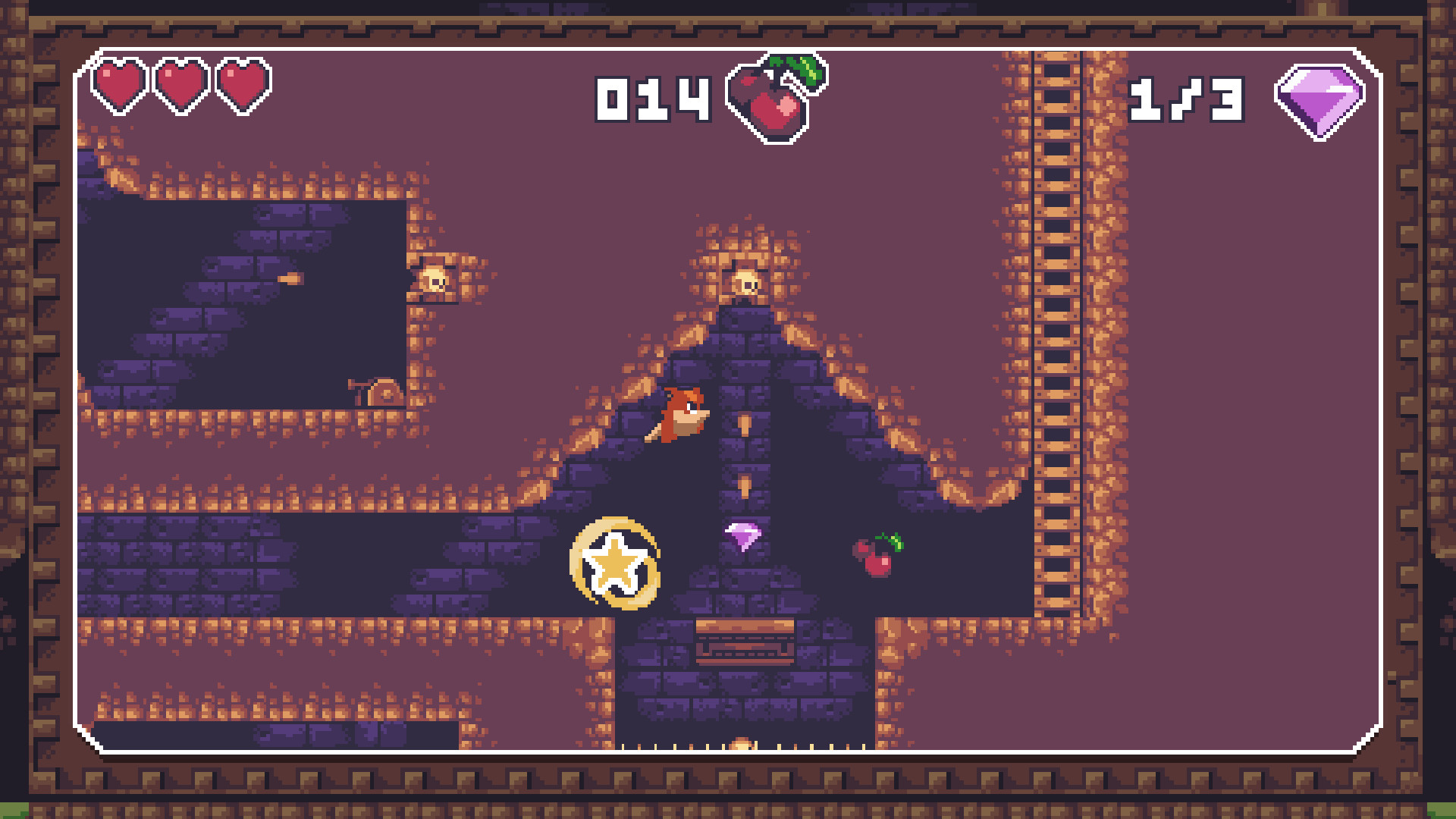 While playing this game was a pleasant experience, I still have a few complaints, the first one being the controls. Although the WASD keys are widely accepted as a way to move characters in video games, I’m really used to playing platformers with my arrow keys. Apparently, you can’t use that in FoxyLand and you can’t change any controls, which is kind of bad.

The next issue I have is the quality of the port. Although the game doesn’t seem to have any reasons to be in need of a lot of system resources, it used ~40% of my GPU power, which is a much as most first person shooters use on my computer on medium settings. I think it’s safe to say this is not reasonable for an average platform game (with graphics similar to an above average Flash game you can play in your browser).

The only other thing I would like to mention is a positive one – the soundtrack. It’s a very simple yet pleasant 8-bit song. I liked it a lot despite the repetitiveness.

So, should you buy this game? I kind of think so, it’s not exactly the pinnacle of the platformer genre, but it’s solid fun for a few hours, especially if you have a friend to play with in the online mode. The levels were entertaining enough to justify the price of $3 and it’s exactly what you would expect when playing a platformer.

The graphics are really cute, the music is awesome, and the levels are challenging enough to keep you interested. Without any major bugs or flaws, I think this is something worth having in your game library.