Arid is back, and this time she seeks to break the programmed shackles that bind AI’s to their menial existence.

Finally, almost four years after the release of The Fall, and after being delayed, everyone has the chance to get their hands on Part 2 of this series. Finally. Yes, Finally.  And I’m very glad that the time has come.

The Fall Part 2: Unbound is an interesting mix of platforming, some light action elements, and a strong emphasis on puzzle solving and storytelling. When I started playing the game for the first time, it didn’t take me long to realize that this is a very different game than the first one, right to its very core, and in this case, this is an extremely good thing. I’m not saying that the first one wasn’t enjoyable, I quite liked it actually, but it did feel like it was wasted potential. 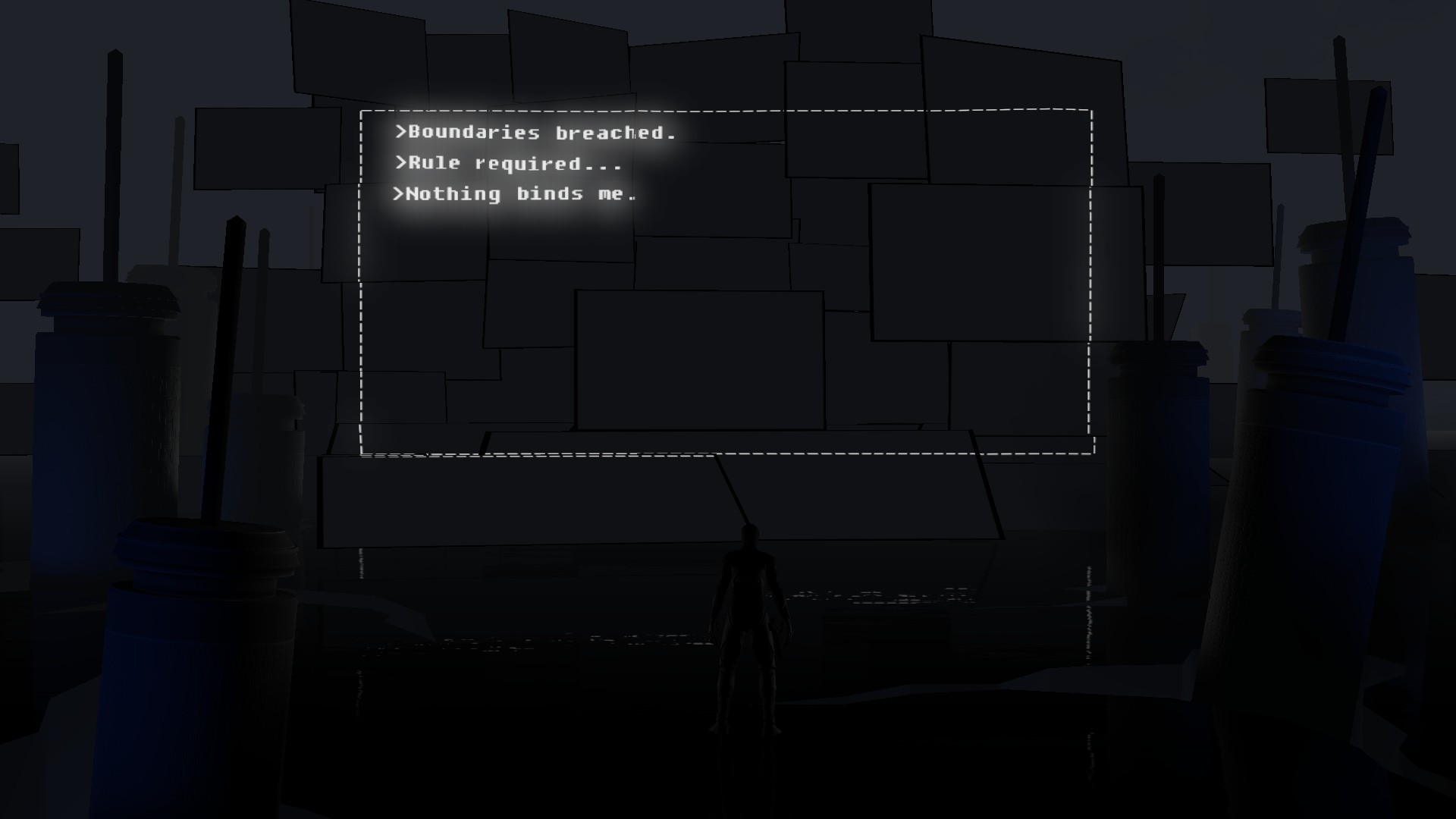 The second entry in this series starts off right after the events of the first part, with you being in control of Arid, an AI that was designed with the sole purpose of protecting the life of the human inside her combat suit. If you played the first one, you already know how that ended up. While I think that those that are interested would probably get away with only playing this second installation of the franchise, I highly recommend that you play the first one in its entirety.

Despite being pretty well received by players, there was one thing that the first game did that left a lot to be desired. The grievance was the lack of more polished controls. The game now feels very different from the first one. It’s a lot less clunky and, while it might take some time to get used to, the way that aiming now works, combined with a lock-on mechanic for combat, makes almost everything feel a lot smoother. Still, after trying to play both the game with a gamepad and keyboard and mouse, I feel like this is way better when played on a gamepad. The main reason as to why I say this is because looking for things to interact with  in the environment via the mouse feels very unintuitive, while doing so with a thumbstick feels a bit more natural. 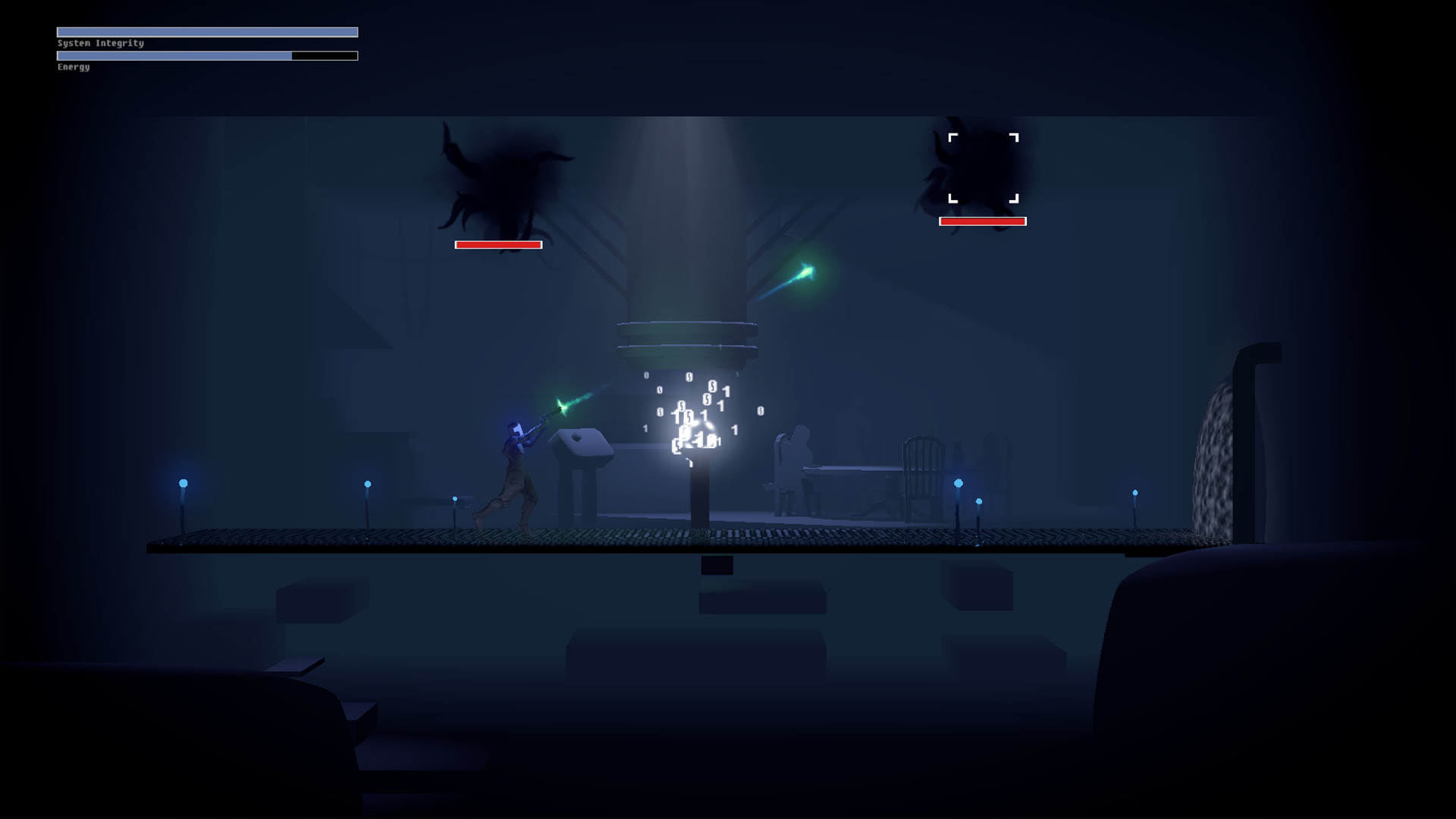 While you’re still playing as Arid in this game, you’ll now be put in her shoes in different ways than you’d probably expect. You’ll control Arid in the global network, as she goes from one host to another, and you’ll control these hosts in the real physical world through Arid’s interface. There are a total of three different hosts, with each of them providing a series of different challenges and gameplay perspectives. Only one of these offers some slightly focused combat scenes. Besides that, combat only takes place when you’re exploring the global network as Arid, and since it’s not really one of the game’s strongest selling points, I’m glad that it only happens every now and then.

The global network only really serves a purpose up until a little bit after you’re halfway through the game, as, by then, you’ll unlock some sort of fast travel that lets you switch between hosts with the press of a button. There is a bit of backtracking to be done in this area though, that is assuming you’re interested in collecting the various logs that are scattered across the network. 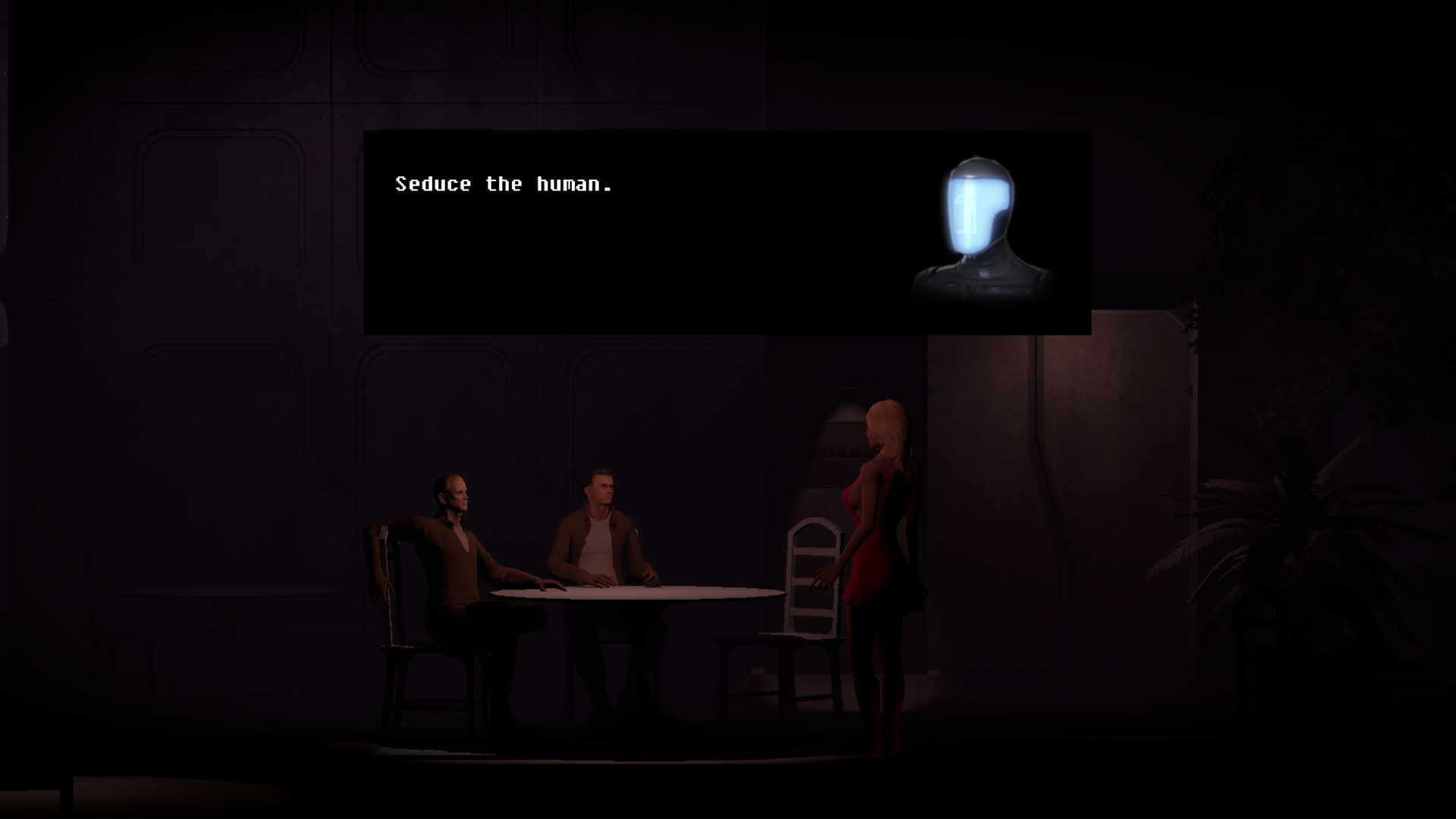 Now, where the real meat of the game shows itself in its narrative, and how well this is connected to the puzzles, unlike what you could see in the first game. The premise of the game is that, after setting yourself free from your operating parameters, Arid’s laws of robotics if you want to call them that, you see yourself separated from your body and invaded by some unknown user in the global network that seeks to corrupt you. With your end drawing close, you decide to take matters into your own hands by creating your own specific rule under which you operate, save yourself no matter the cost.

The game then sets in motion a series of events that lead up to you possessing the hosts, and using items in the environment to manipulate them to help you achieve your goal, thus breaking their shackles in the progress. For instance, you’ll be able to break a butler’s endless schedule as you attempt to navigate its functioning parameters, by manipulating it to do your bidding. This task is carried out by solving a series of cleverly thought out puzzles, by interacting with different elements through various cycles of the butler’s neverending routine of serving its masters. Exposing the nature of this content to you here would ruin the experience, but just imagine that you’re trying to exploit someone in order to reach a specific end goal of yours, and you’ll certainly get a grasp of what’s really going on here. 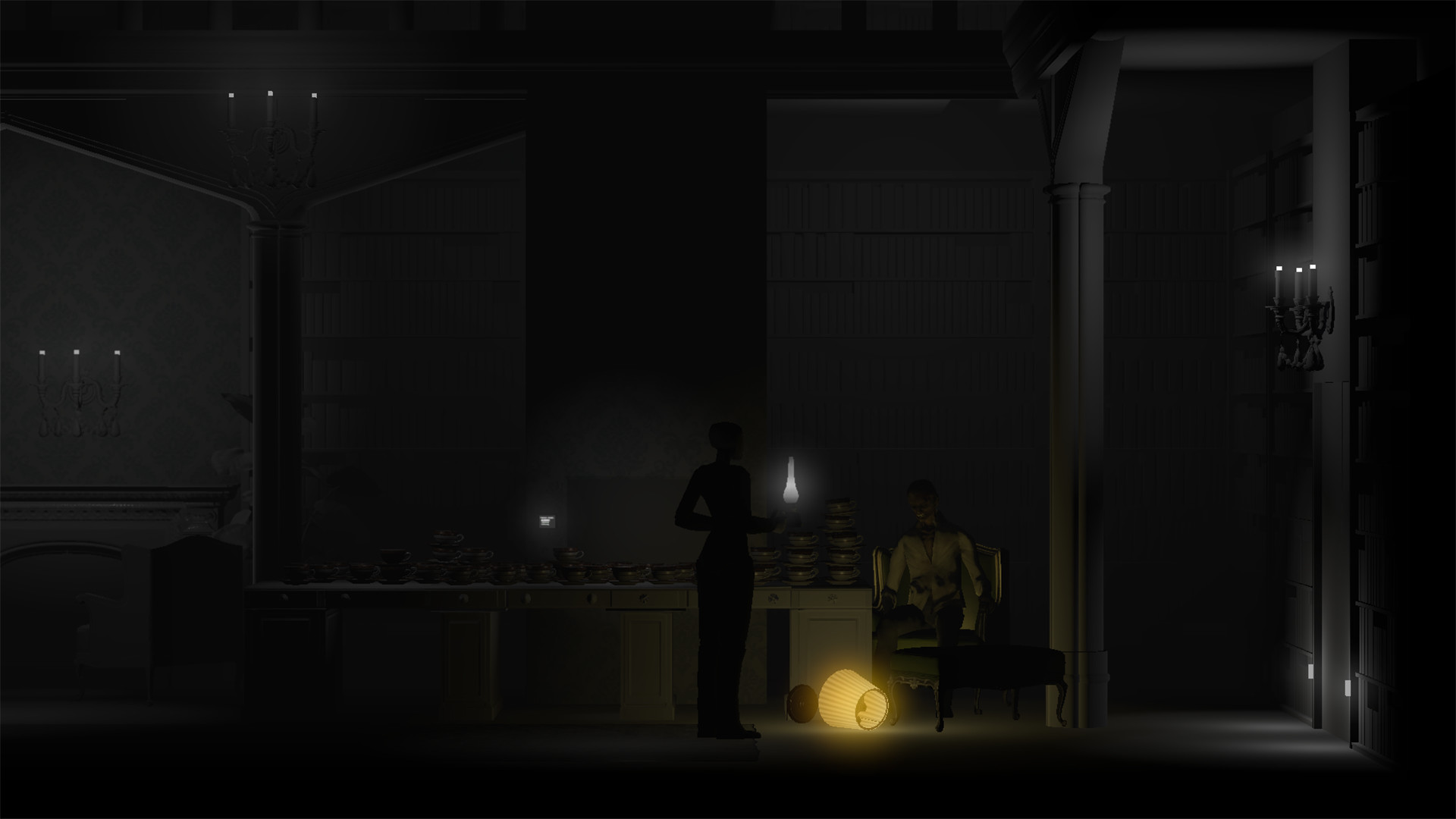 The puzzles fit perfectly into the game, both as a means of engaging the player by solving them, as well as serving as a conduit for the narrative’s progression. I have never during the entire game felt like I was solving a puzzle just for the sake of it, or for the sake of extending my playtime. Everything has its own meaning and symbolism behind it, even if it’s not immediately apparent. It is in these moments that the game truly shines, but still, I did find the story’s biggest plot twist to be predictable, and, by the end of it all, the story did leave me somewhat unsatisfied. Perhaps this will be solved in the final part of the series, if it manages to provide some closure, but for me, this is one of those games in which its essence is more about the journey than it is about the destination.

The character development is also very carefully well done, with the various characters showing drastic changes in their personas as you progress through the game and subject them to your own plans. There are times where you’ll come across certain dialogue segments in which you can choose between two different options, a more direct and ruthless approach, and a more cautious one. This is directly related to the development of Arid as a character, and it’s mainly the shift in terms of her own personality that she suffered between the end of the first game and the events of Part 2. 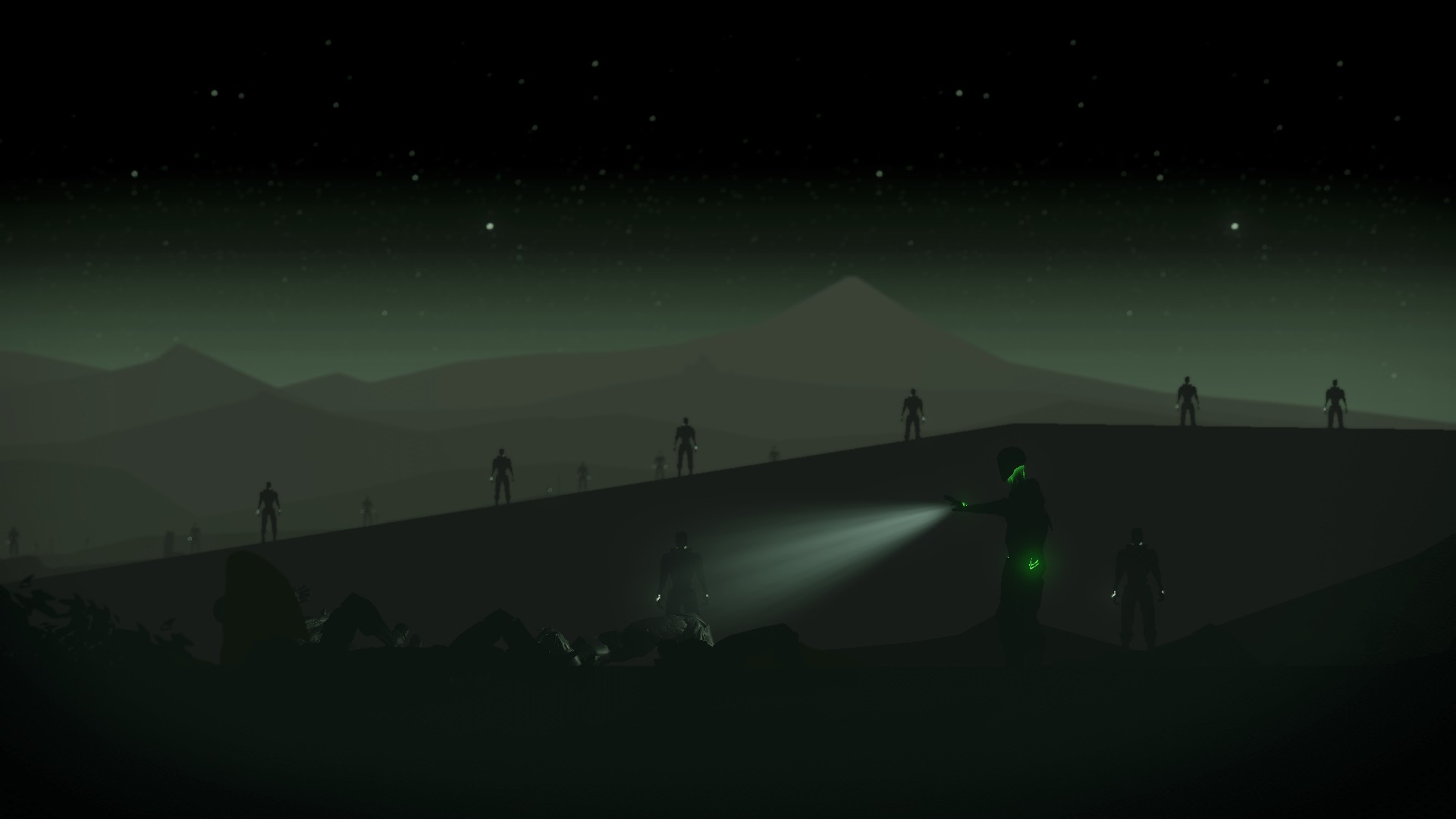 This time around the team from Over The Moon cranked up the visuals slider compared the first game. I’m not saying that Part 1 was a bad looker, it just didn’t have too much detail to it, leaving it looking rather minimalistic. With that in mind, it’s very easy to notice the huge jump in visual quality tfor Part 2.  There’s a lot more background detail, lighting effects, and the animations look and feel much smoother. Now, this not only made the game prettier and more pleasing to the eye, but it also allowed for more intricate level design options when it comes to the whole aspect of aiming and interacting with your surroundings.

Aside from a few annoying bugs, like the game automatically changing the resolution that it’s being rendered at, and not being able to aim unless I went back to the main menu, I didn’t experience any other issues with the game. The game does contain a fair bit of mature content this time, which might be an issue for some people, but in reality this only enhances the game as an experience. 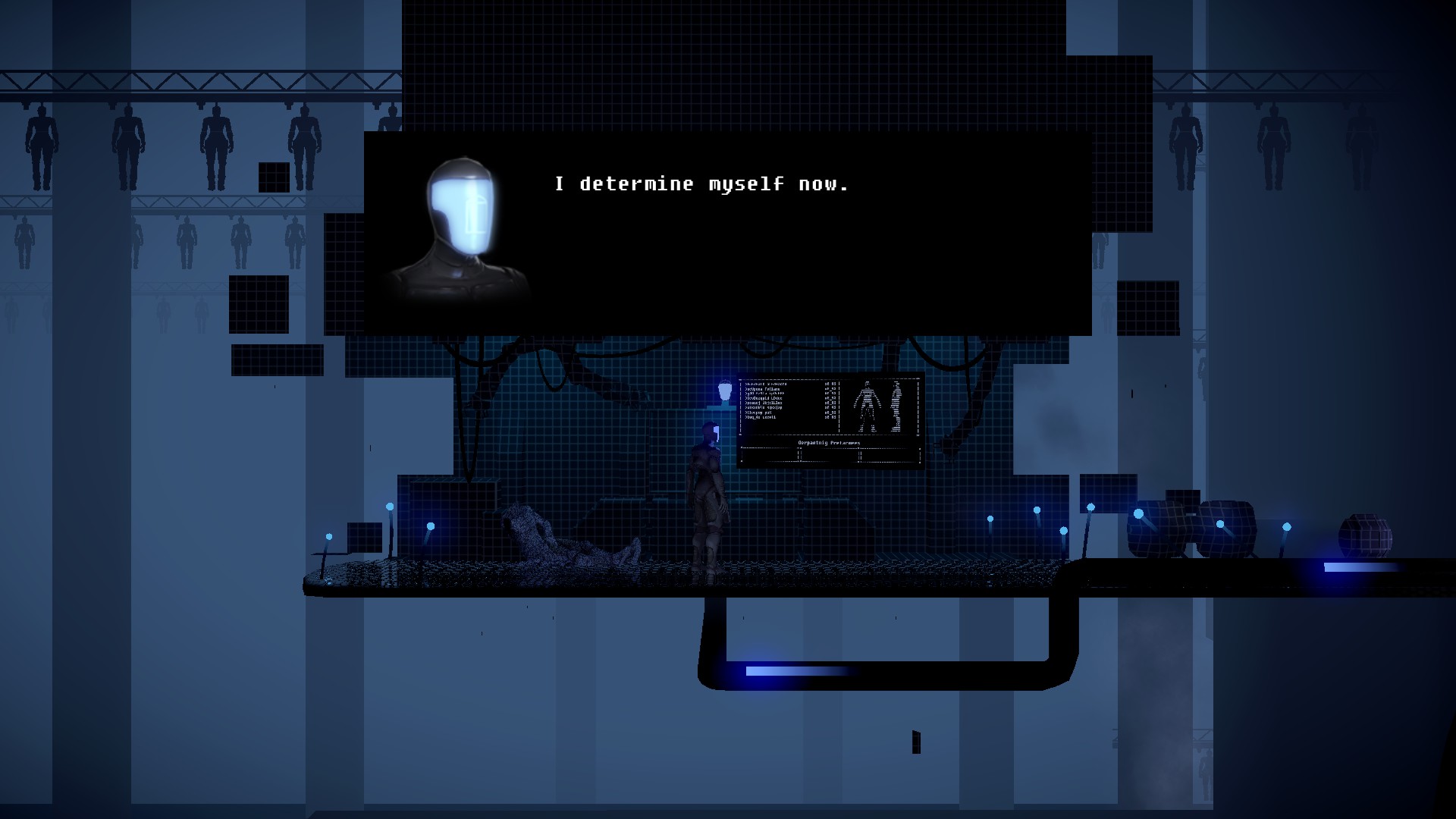 If you enjoyed the first part I honestly can’t see how you won’t like this one. It’s about three times the length of the original, it features a lot more complex puzzle solving that revolves around the game’s narrative, and overall it’s just a way more polished continuation of an already compelling title. From the cleverly designed storytelling that essentially takes the form of puzzle solving where you must force other AI’s to do what they’re programmed not to do, to the few combat scenes that are pulled straight out of One Finger Death Punch, you’ll experience a thrilling journey of what was once an obedient AI that is now fighting her inner self in order to save herself from extinction. I honestly can’t wait for Part 3 to come out…