Behind Harsh‘s simple and somewhat garish menu system is a survival-crafting ARPG that can look simply beautiful. It’s rough around the edges now, but it’s definitely one to watch.

Harsh puts you in the shoes (bare feet) of a survivor in a fantasy world. You see, ratkins attacked your village. They killed most of your friends and family and took the rest as slaves before sailing away. You were one of the slaves. But there was a storm and, while your captors were distracted, you managed to escape and leaped to your freedom into the ferocious waves. You made your way to land and collapsed onto the beach.

You wake the following morning on an unknown shore, alone, hungry, and with only your undergarments for company — and the numerous strange creatures that inhabit the island. Your goal is to survive, grow stronger, and … well that’s it at the moment. But the game is in Early Access so there’s more coming. For now, just consider yourself lucky that your underwear can hold such a large inventory. Oo-er!

First impressions aren’t great. The splash screen looks amateurish and the title screen is a series of buttons with text in a multi-coloured comic-stlye font overlaid on a bland, solid background. This carries through to other menus, too. Sliders are fiddly and it all looks like a prototype. The introductory text looks completely out of place, too. 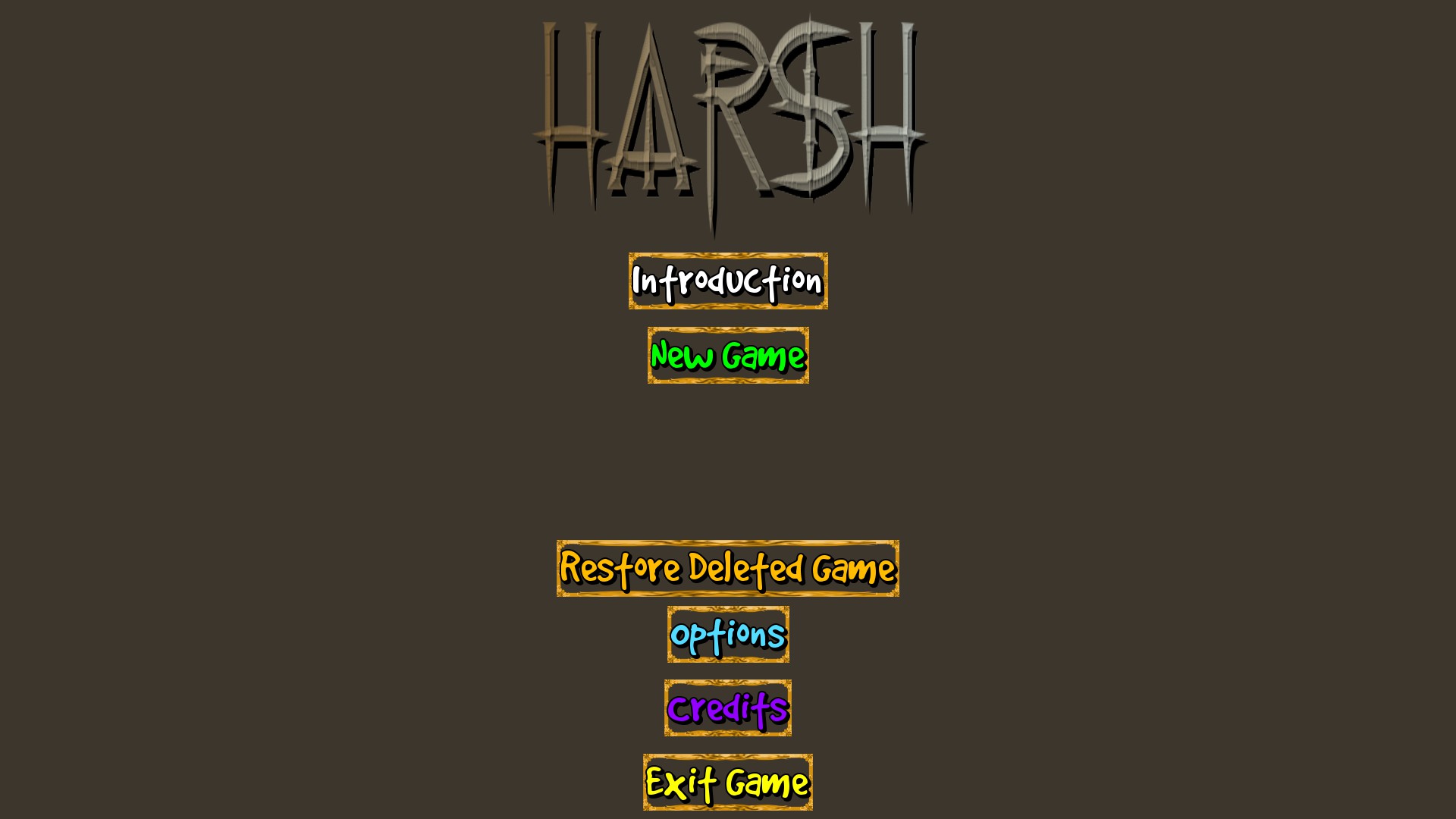 Character, creature, and world graphics are much better; everything looks nice — barring the poorly blended character animations. The sky box and lighting, especially, can produce lovely visuals. The world could do with more variation in foliage and other objects, and the invisible barrier and flat plain at the edge of the world break the immersion, but what’s here is impressive. Character creation gives you enough options to make interesting characters, though body adjustment options would be a nice addition. 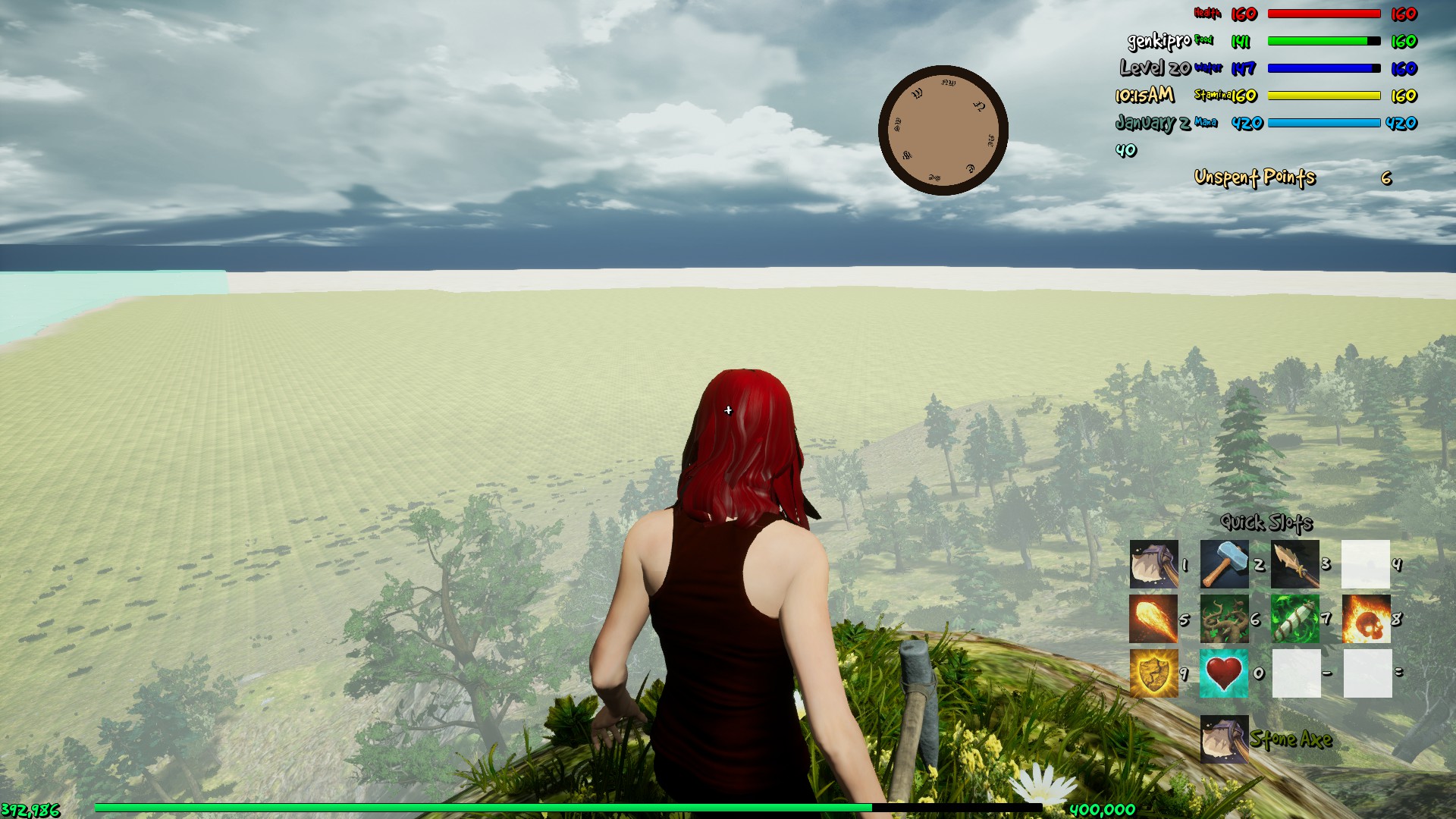 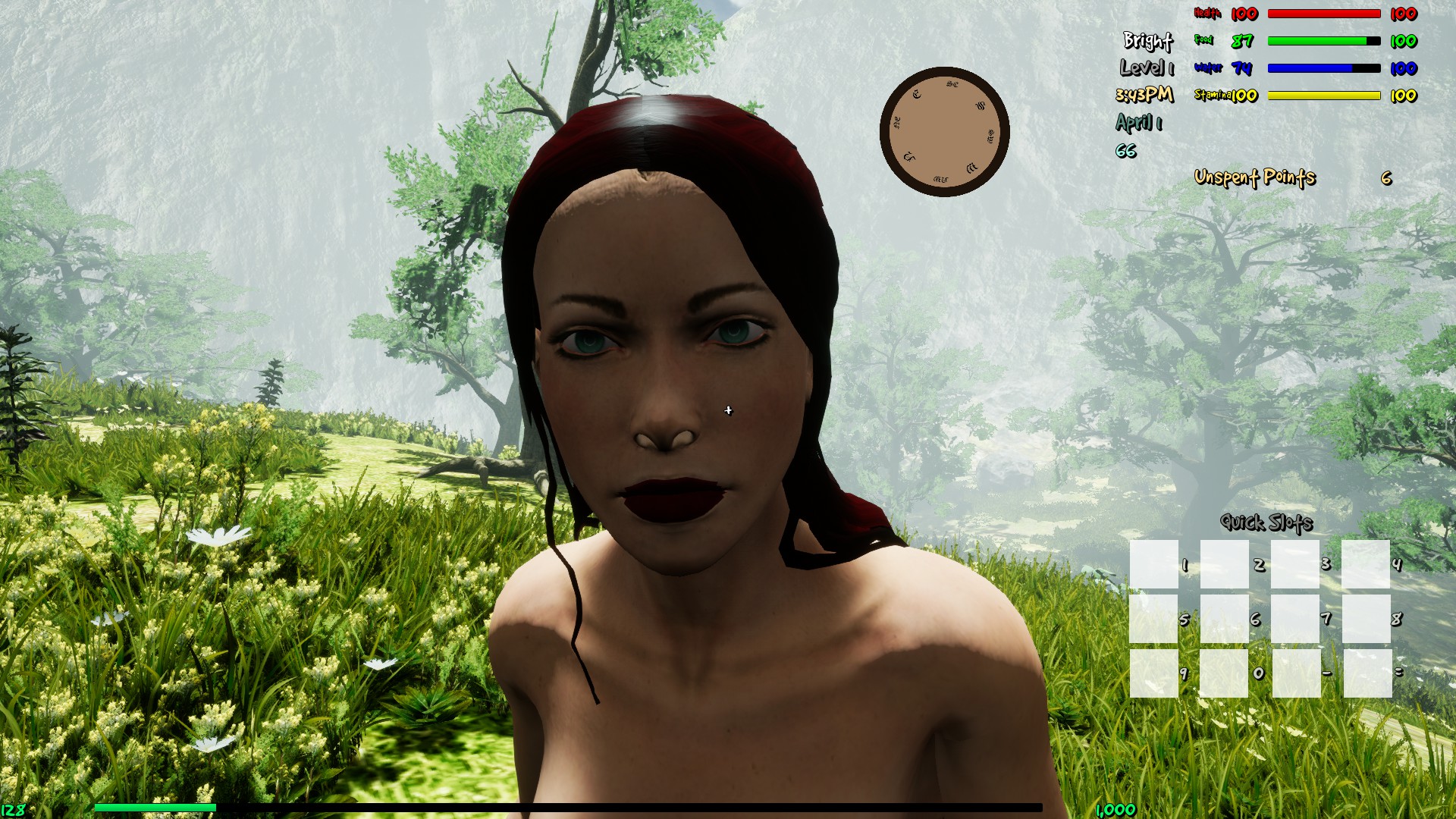 Camera controls are restrictive, with a hotkey for cycling through pre-set cameras. A first- / third-person toggle with free zoom and rotation about the character in third-person view would be simpler and more flexible. The in-game UI looks better than the menus, but it’s still not great; the multi-coloured text was jarring at first, though I’m used to it now, but I do still find the inventory and crafting menus sections fiddly, and the UI could do with some skinning — that compass looks terrible! The hotkeys for building don’t work well, either. 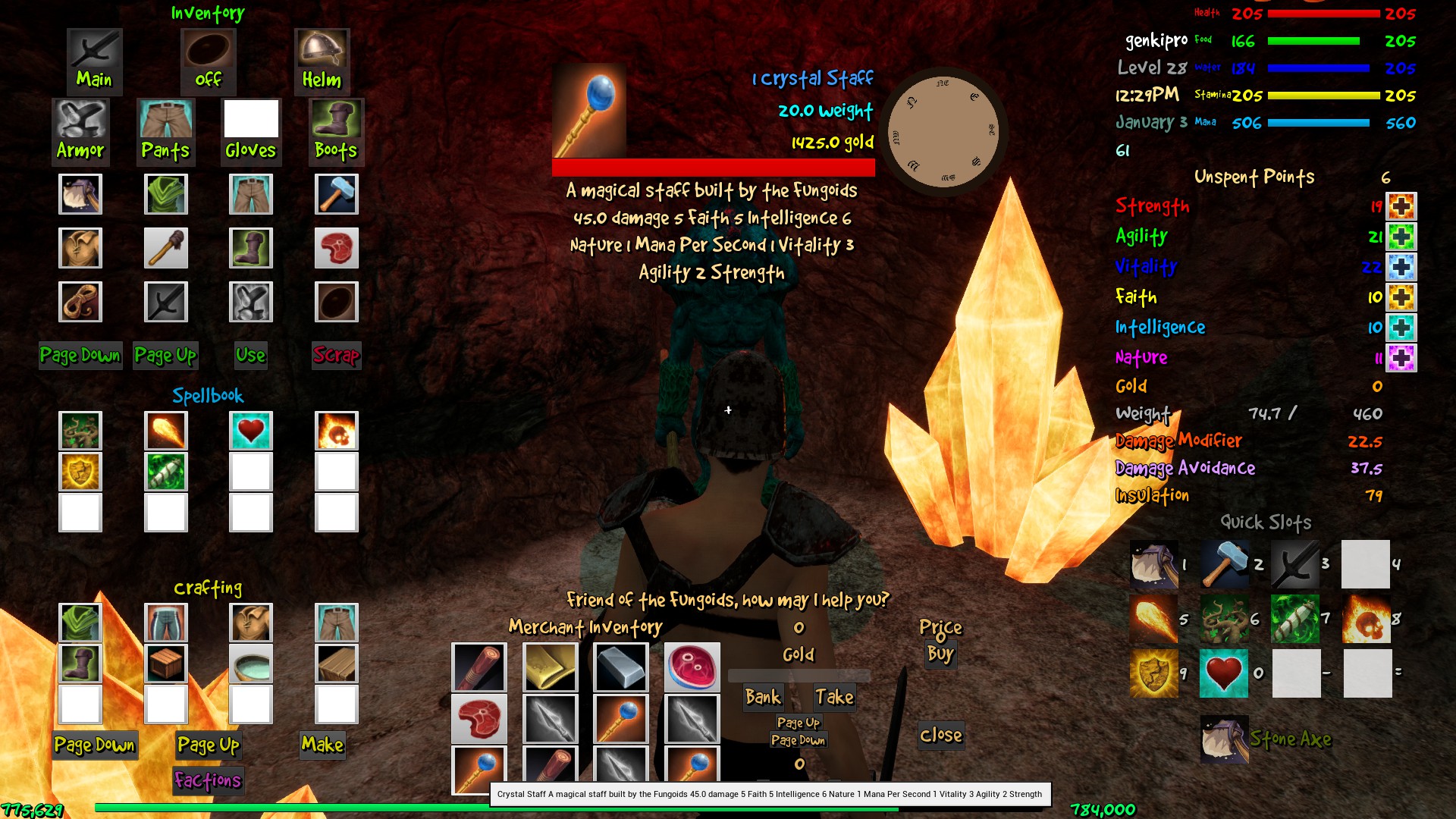 Music is typical fantasy fare. I continue to find the combat music annoying, especially when I’m only harvesting and not in combat. But the track played most of the time on the island is nice and relaxing. Sound effects are minimal. What’s here is okay, but could do with a bit more ‘oomph’, especially in combat. There are no voices.

There are a few different graphics options, but no vsync. Audio volumes are independently adjustable. 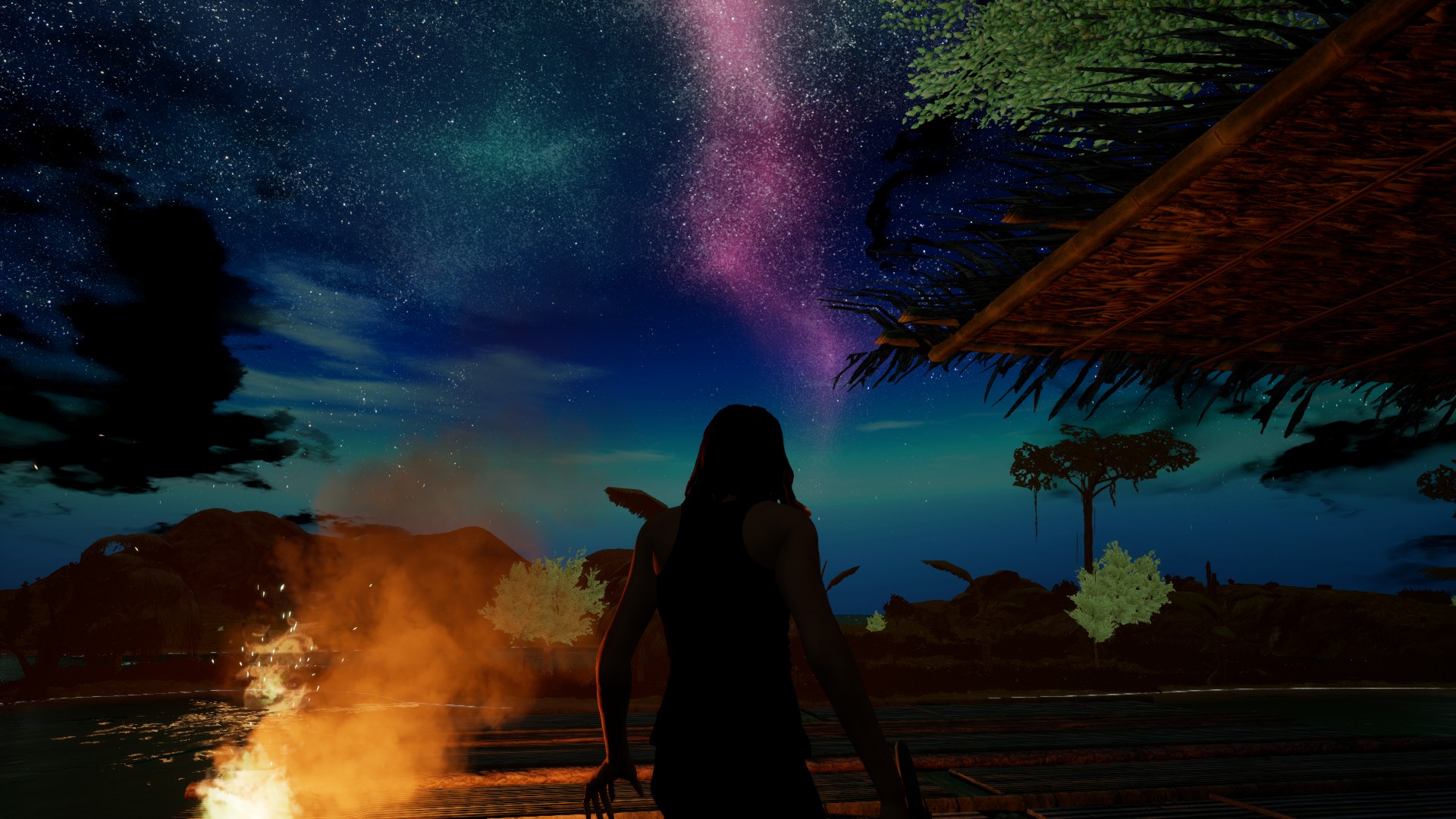 I’ve encountered some graphical glitches, from grass growing in the air in one spot in the starting area, to smoke making foliage behind it look weird, water with strange polygons, weird lighting and cloud effects, and clipping issues. There’s nothing game breaking, though. 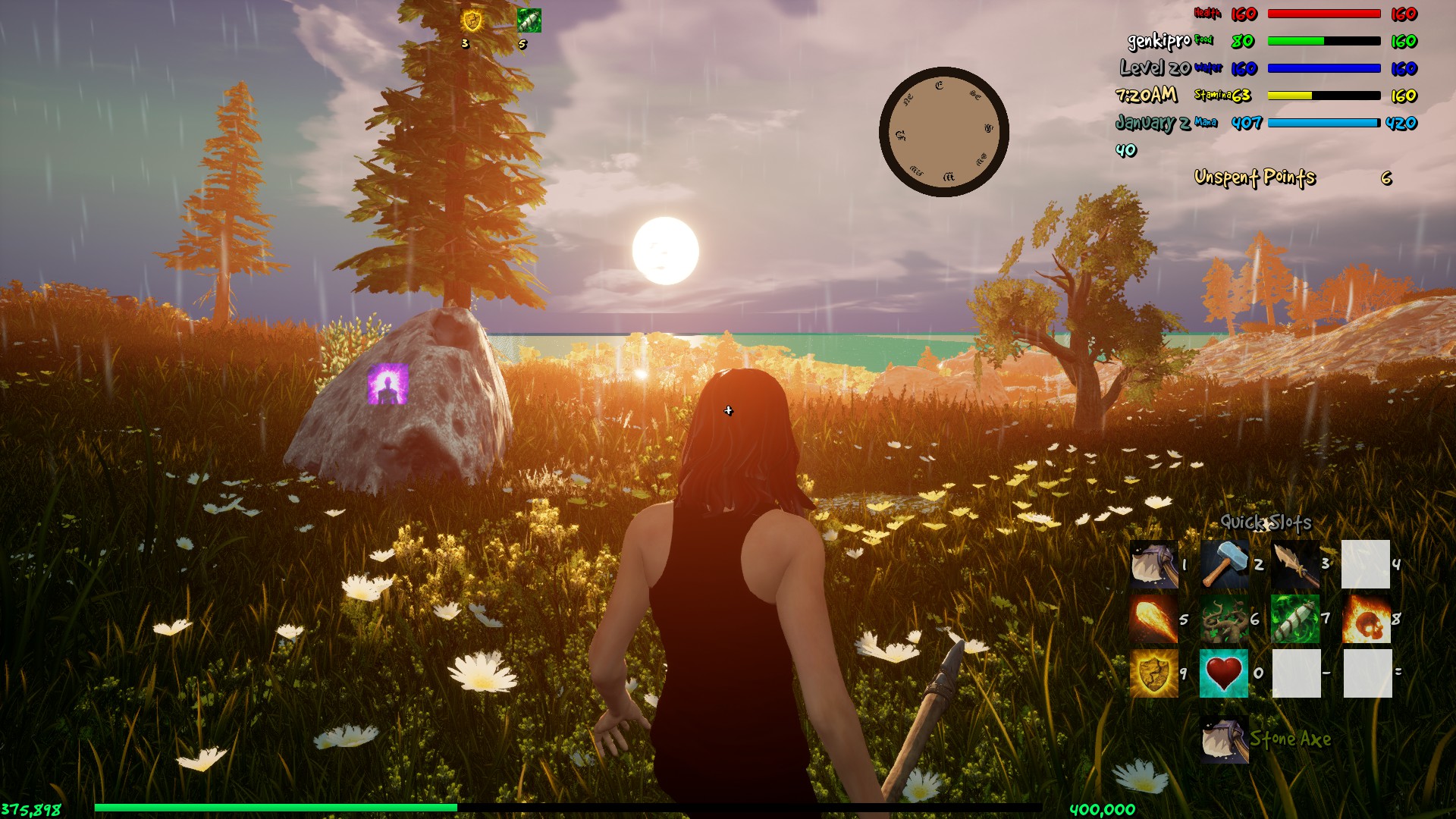 Harsh plays like a typical open-world ARPG, albeit with only minimal NPC interaction and no quests. You have an inventory, six basic abilities, and hotkey slots for weapons and spells. There’s a rather eclectic mix of adversaries; you’ll see giant rats, beetles, giant arachnids, fungoids, and undead, as well as an assortment of more normal (though unusually mixed) creatures such as turtles, deer, and rhinoceroses. Most creatures won’t attack you on sight, but not all. 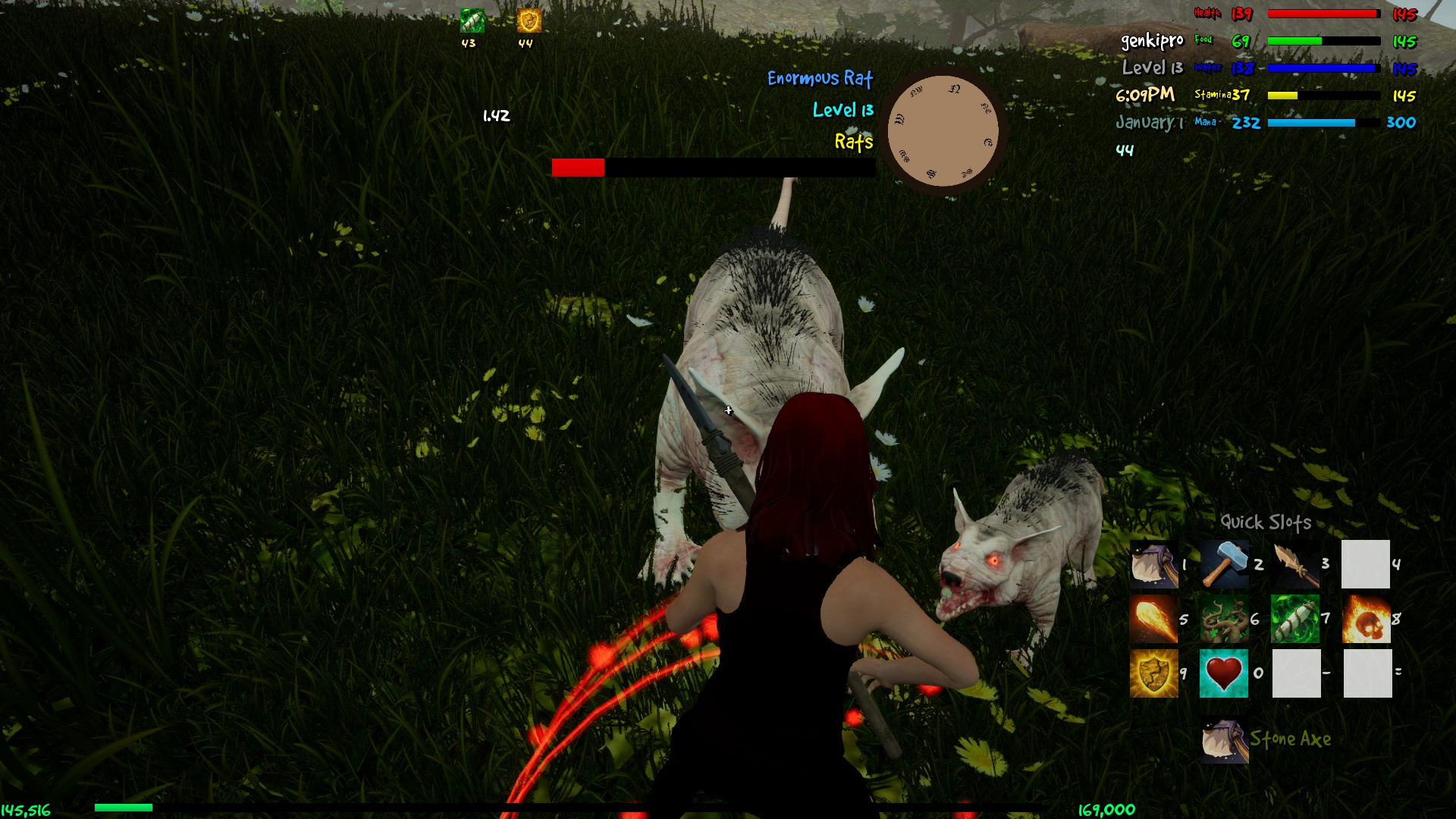 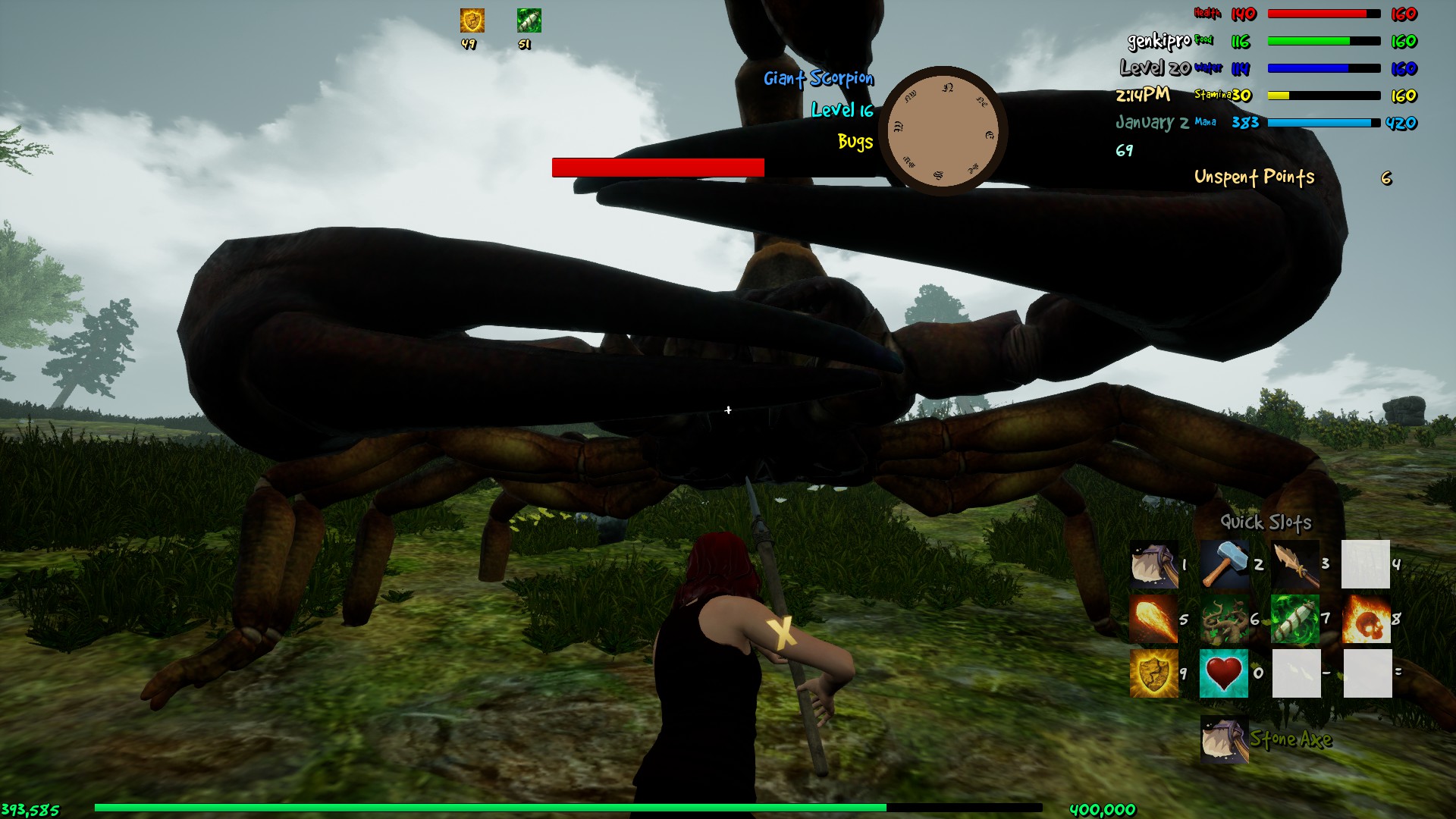 To me, Harsh feels like an ARPG with some survival-crafting elements, as opposed to, say, Solace Crafting: a survival-crafting game with some ARPG elements. Here, the focus is on exploring and fighting; survival is limited to food and water, crafting is only necessary to provide your starting equipment, and building is extremely limited: single-floor buildings made out of five set pieces, only there as a stage for a campfire, respawn shrine, and inventory storage crate if you want it. Once there are some more interesting building pieces available then building might be fun, but now I don’t even bother with anything but the floor. 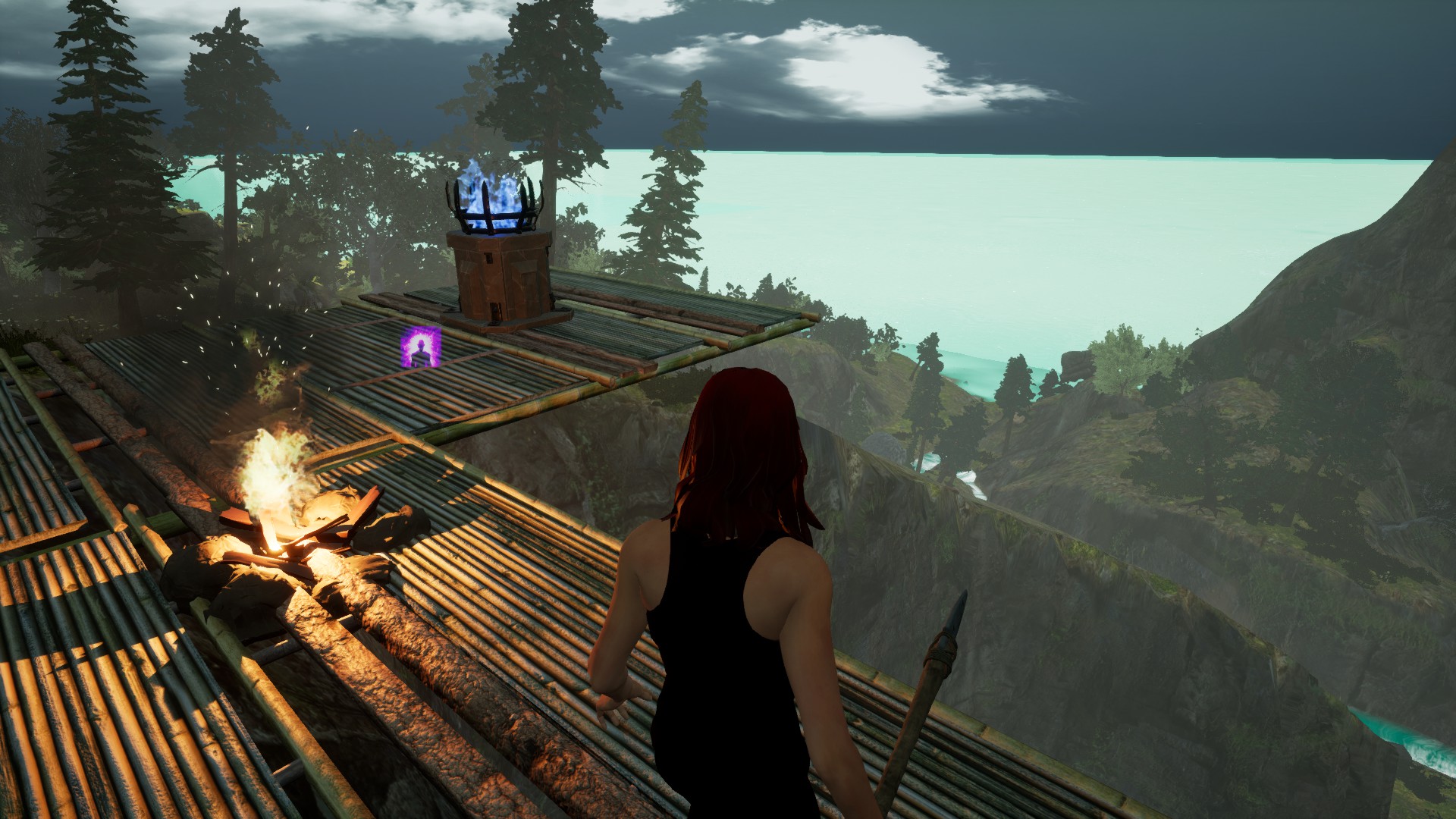 There are three main collectible materials: wood, rocks, and cordage (plants). You find rocks and cordage scattered around the world and can also harvest rocks from boulders and wood from trees. Other than that you can get leather and raw meat (the only source of food) from killing some creatures. I’ve also managed to procure iron by scrapping some armour and weapons that dropped as random loot from skeletons, but there may be other ways to get it, too. 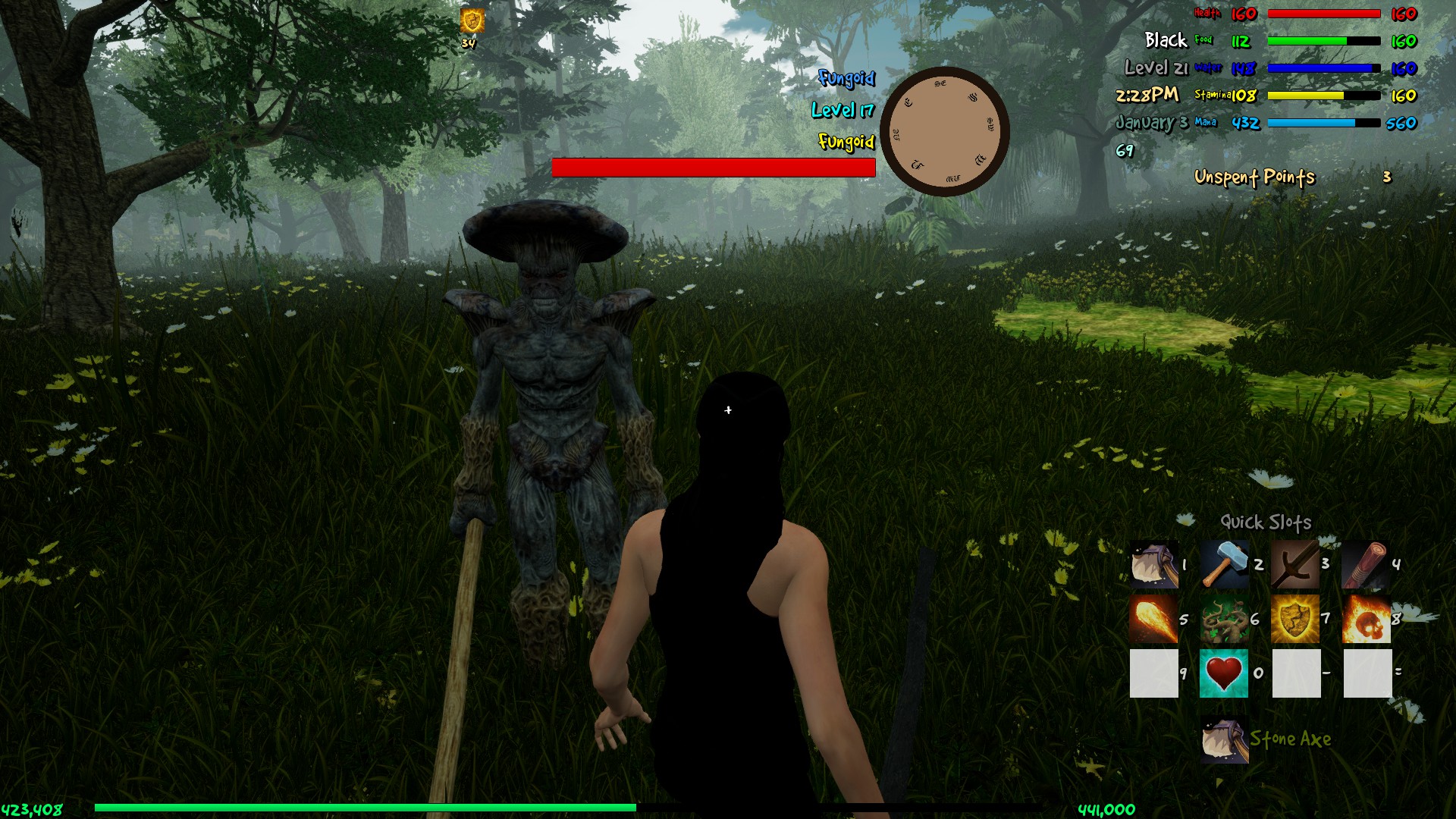 Once you’ve made one of everything initially available — probably within your first hour — it’ll be a long time before you make anything else. I found the next tier of building recipes, but they require iron and they’re just upgraded versions of the same old recipes, so I didn’t see the point in doing anything with them yet. More recipes, material types, building blocks (stairs!), and interactivity with the game world are definitely required. 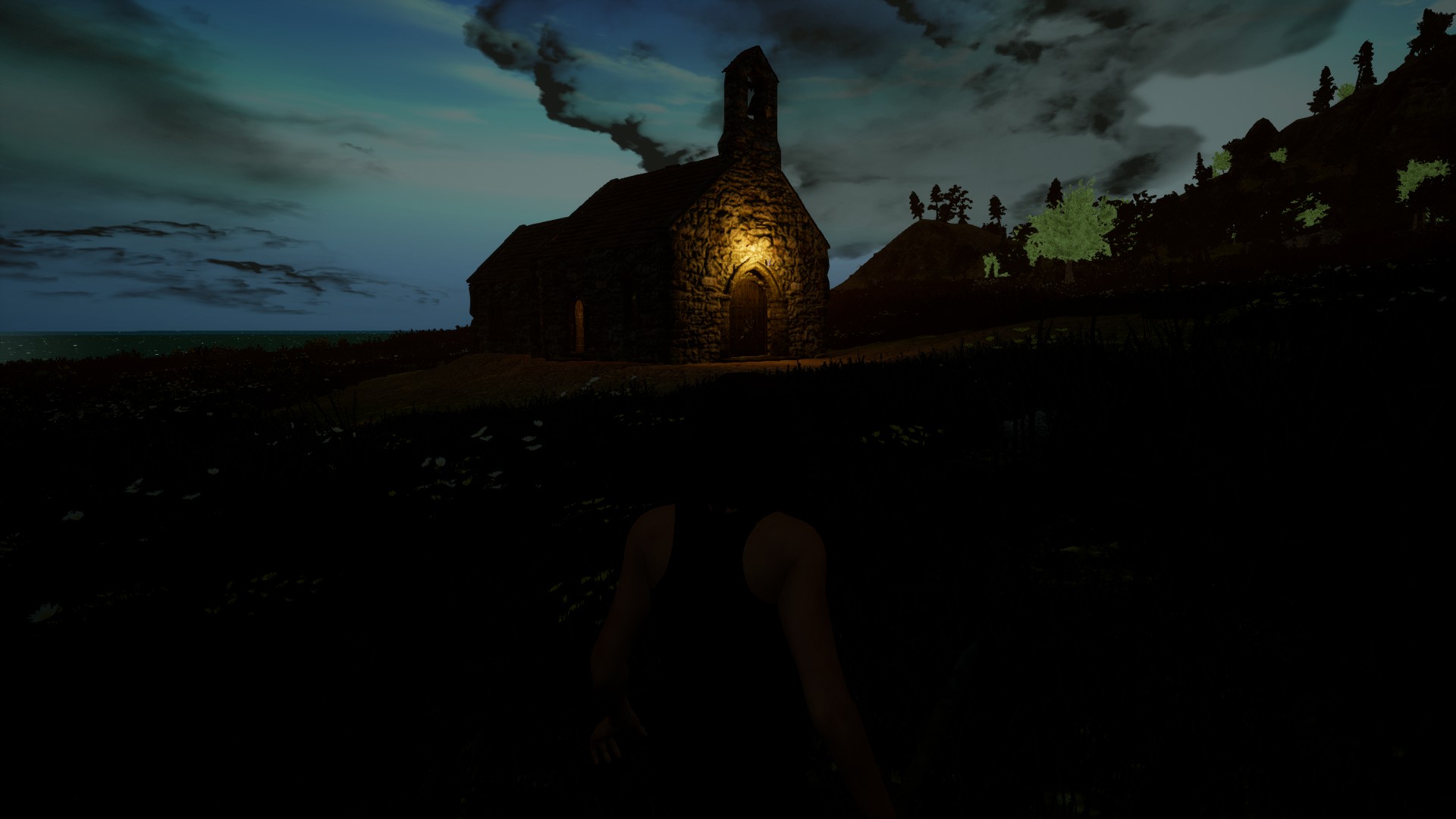 The world is surprisingly small and non-interactive, with the basic materials and portals to the handful of dungeons being the main interactive parts. I hope there are plans to include craftable boats and other islands to expand the world, but I haven’t seen any mention of that. At the moment, given the epic scale implied, the world seems much too small. 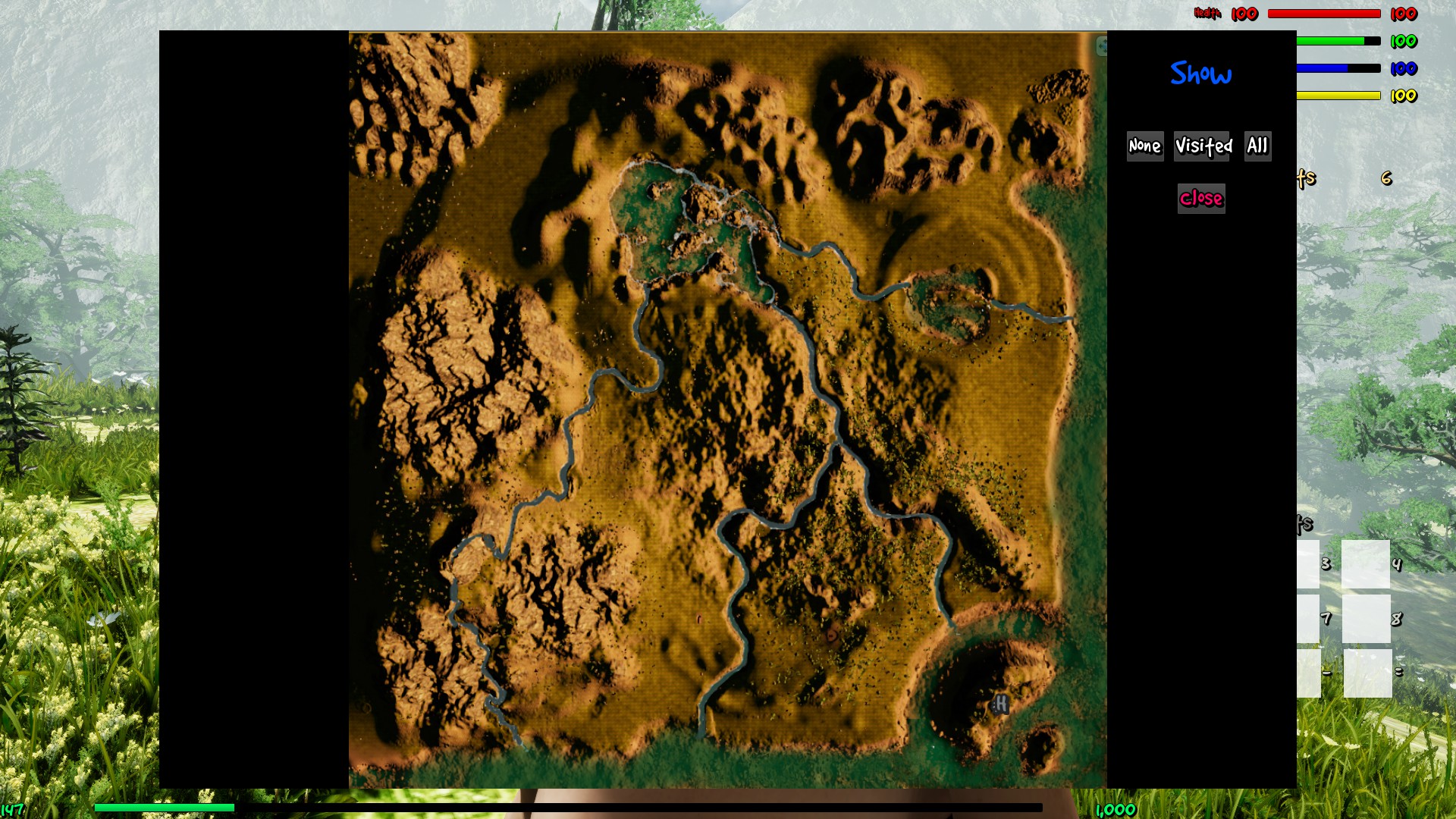 Combat definitely needs work. At the moment it involves tanking up then holding down LMB to continuously attack while you watch your health, and pressing your healing hotkey at the best possible time. If you notice your opponent’s health isn’t dropping quickly enough then you turn tail and run. It’s definitely not what anyone could describe as ‘visceral’. Feedback needs to be improved and most of the offensive spells are useless most of the time; you should just attack. One of the developer’s comments struck me as completely illogical, too: “… you may find at higher levels that you actually do more damage with your fists than a lower quality weapon.” 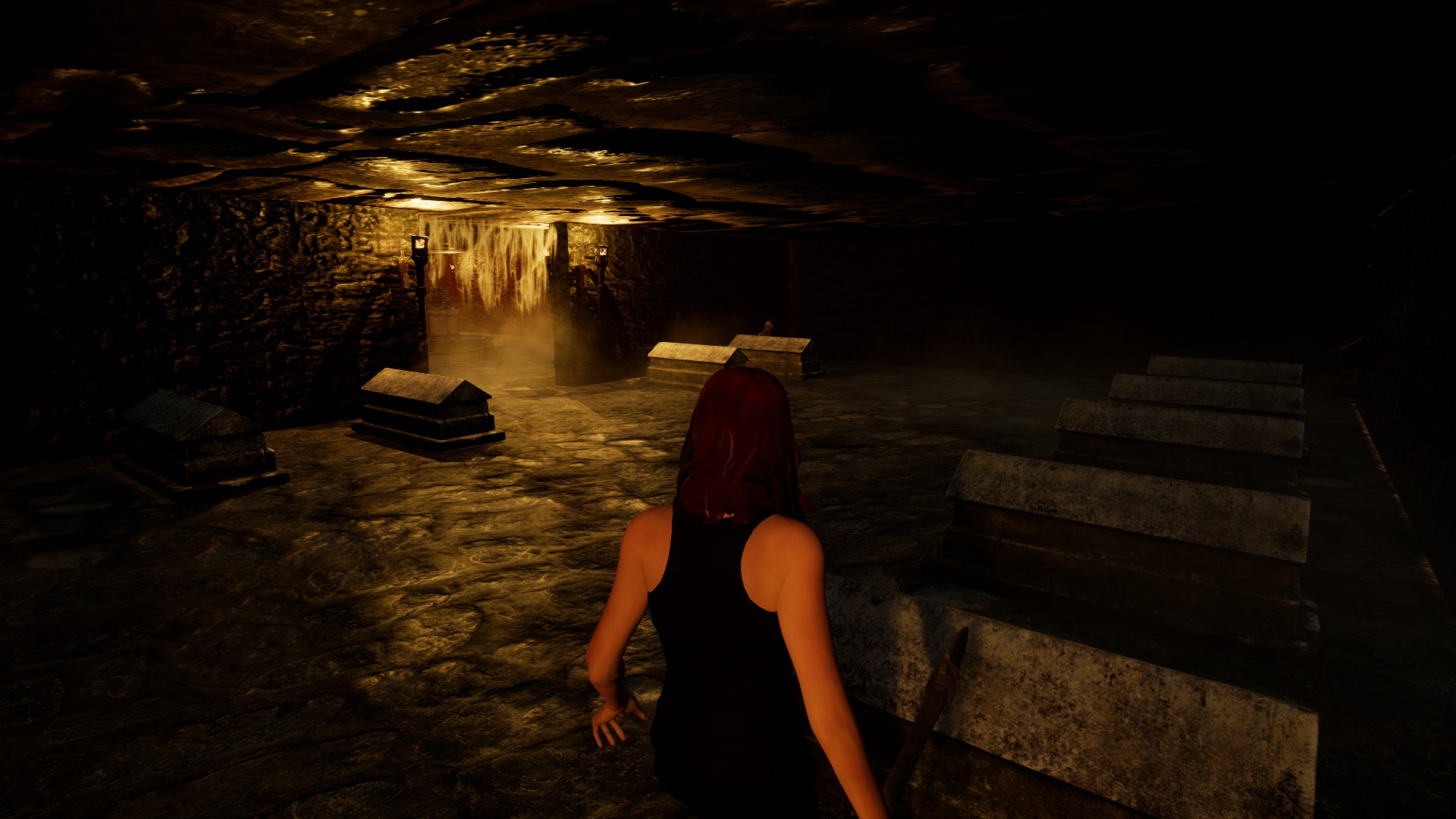 There are no maps in the ‘dungeon’ areas and balance is all over the place; it’s basically a game of numbers as you level up, but randomly spawned enemies also increase in proportion to your level, so there’s little advantage. If you can’t beat an area at level 10, when come back at level 20 there’s a good chance you still won’t be able to beat it. While it’s nice to have continuing challenge, it feels like an endless grind against the same enemies over and over again. The real benefits seem to come from equipment, but the only way to get that is through random loot drops or grinding. I’m sure this will get better as the game moves through EA, but it’s something to be aware of at the moment. 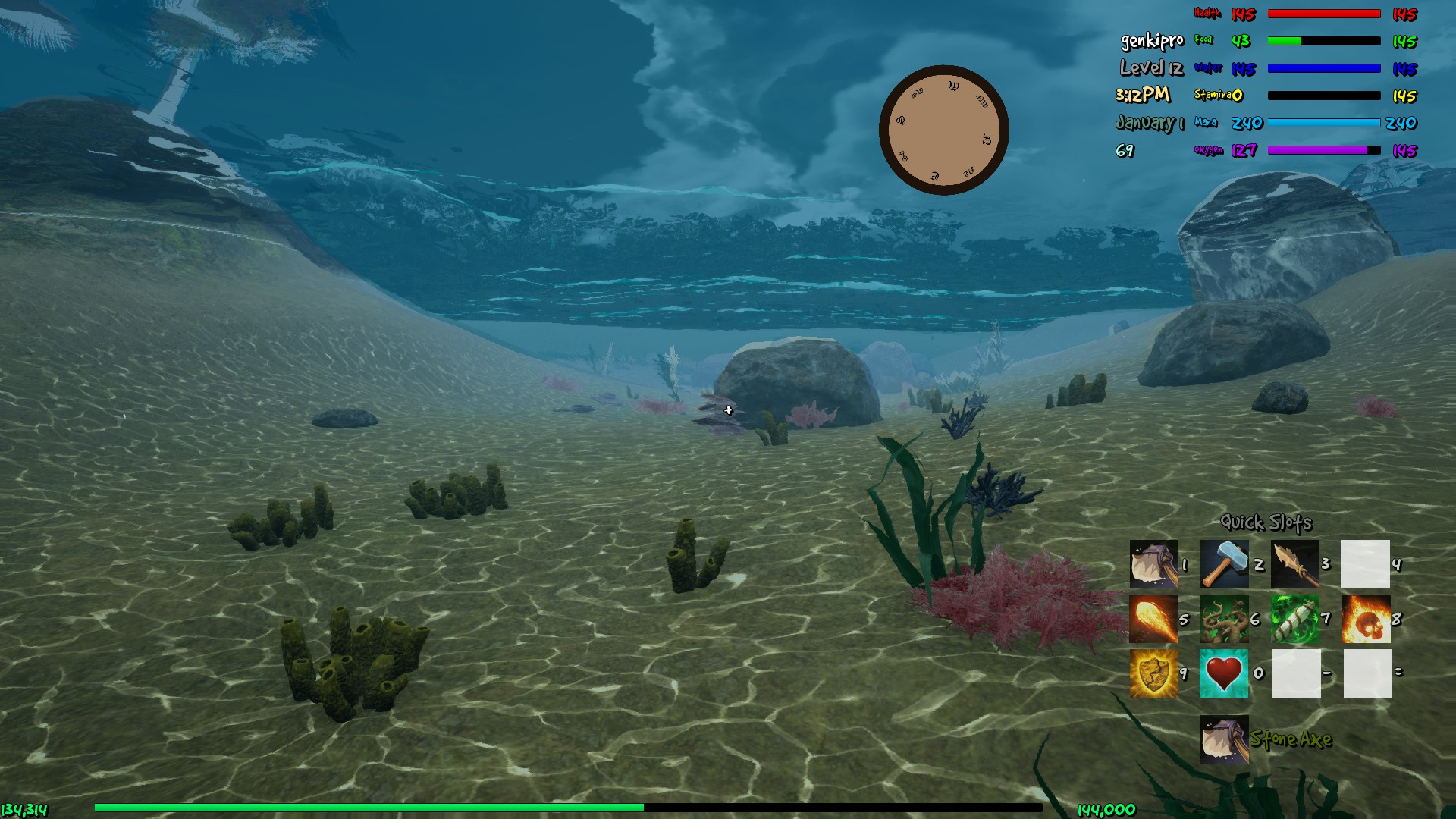 My first few hours with Harsh left me feeling unimpressed. A couple of bug fixes and a better understanding of the game improved that feeling considerably and I recommend it, but there’s a long way to go.

More crafting and building content, more intelligent factions, and more dungeon areas are apparently being added now, though I’m not sure whether it will feel like just more of the same in the end. The developer’s plans for adding quests may help, too. The world seems much too small for the open-ended nature and the choice of a pre-defined world and areas rather than procedurally generated necessarily puts a limit on the content, but if enough extra stuff is added, then Harsh could be an impressive game, indeed.