Sonya: The Great Adventure is competent, but no more than that.

Your sister has been attacked, and you’re in a locked room. Can you save her?

Hidden Object games are some of the most popular games ever if you look at the sales numbers in the industry over the last decade or so,  It’s  not because they’re groundbreaking, but because they’re easy to play when you have a minute or ten, and just as easy to put down when your youngest is coloring on the walls with a sharpie.

Yes, that happens to me occasionally.

They’re also light on the intensive gameplay of a grey-brown modern military shooter, which makes them ideal timewasters for children of all ages and varieties– especially if you want to train pattern recognition. Of course, therein lies the rub: There’s really not much to say in terms of gameplay for Sonya: The Great Adventure.

To give you an idea of what I mean, here’s a video for you. Yes, there are puzzle solutions, for the first area, even if I did use the hint a couple of times.

If we’re being completely honest, that’s very nearly the only thing the game has going for it. Developer/Publisher Specialbit has done three of these games in the last couple of years, and for the most part they have the gameplay end of this thing pretty much down. The art is nice, but nothing to write home about, and the music is best at lower volumes.

They do mix up the puzzle types, from the standard “HO LIST” to hunt-the-pixel environment puzzles, to inventory-rubbing. Combining things in the inventory can be a bit hit-or-miss, however. Unfortunately, this is pretty much everything the game has to bring the the table. There’s no real iteration on the formula — If you’ve been playing other HO games, you’re not going to miss much.

The place where a game like this needs to shine, like any role-playing game, Visual Novel, or other similar creature, is in its story. I wanted to like it. I did. Somewhere between a staid motif passed off as a premise and a serious lack of research into the basic mechanics behind guns, however, they completely lost me. I know I’m supposed to care about Sonya in her locked room and her sister being taken away by thugs unknown, but I’m just not feeling it.

When you’re telling a story of any sort, ask yourself: Is this the most interesting thing going on in this scenario, and if not, why aren’t we seeing that? Somebody seems to have forgotten about that but somewhere down the line, and the entire experience suffers for it. 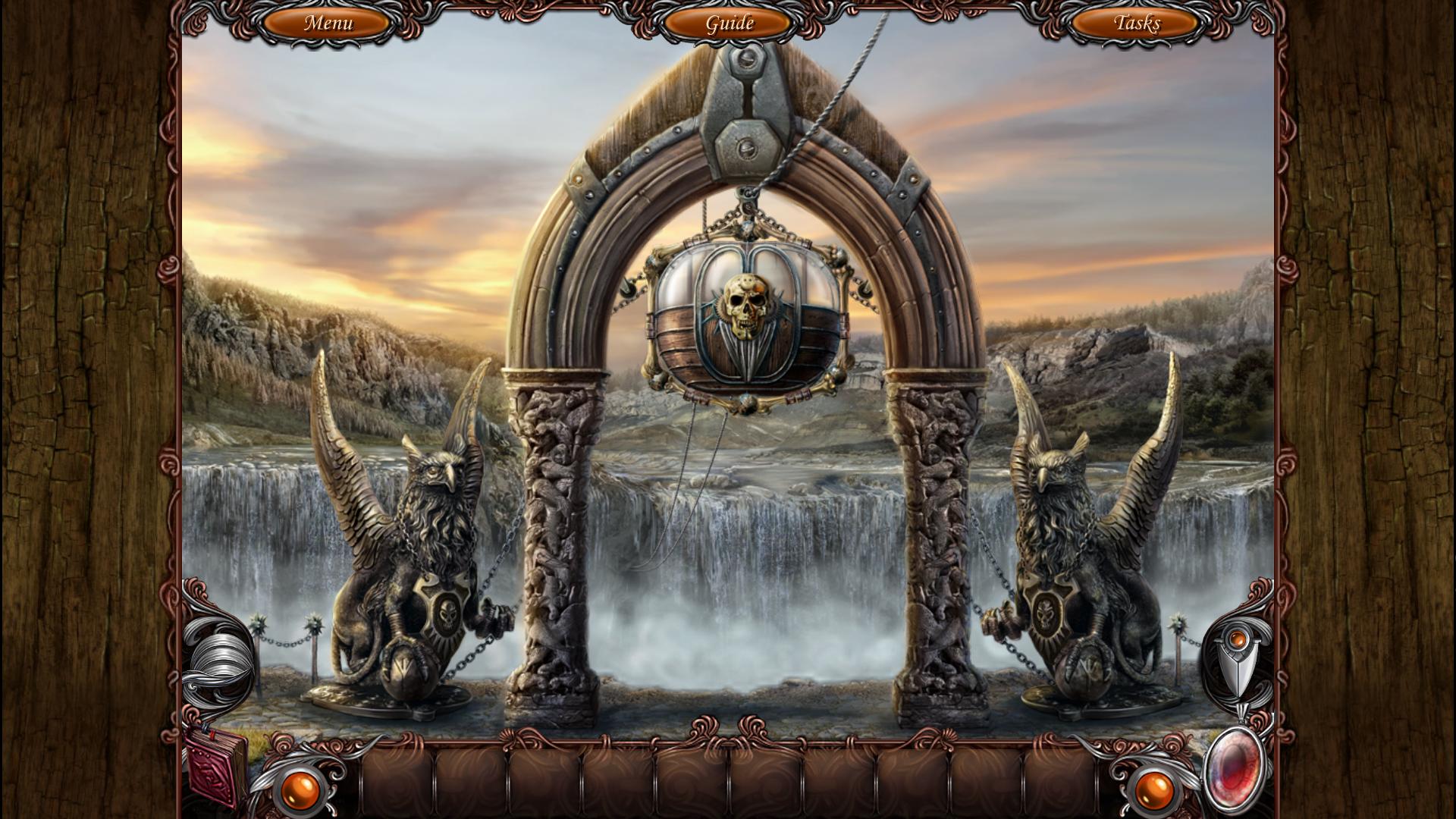 It’s not all doom and gloom, however!

At $6.99, it’s not the most expensive game of its type, and the cheapest that the Developer has on offer. The game is technologically competent, and will doubtless provide a couple of hours of frustrating jiggery-pokery for the folks that like this particular type of game as a mental exercise. If you’re a connoisseur of Hidden Object games, you might be a tad miffed, and those completely new to the genre might even find it exciting for a bit. If you’ve $7 and a couple of hours you want to assassinate by means of a bit of clicky-work, you could do a lot worse.

Rated Pause, for mostly bland competency. Your Mileage May Vary.