While there were some incredible games in 2017, there were an equal amount of what we consider to be complete disappointments.  Whether it was the actual gameplay, terrible game design choices, or outright destruction of the player base due to corporate greed, we have it listed here as the biggest game fails of 2017. 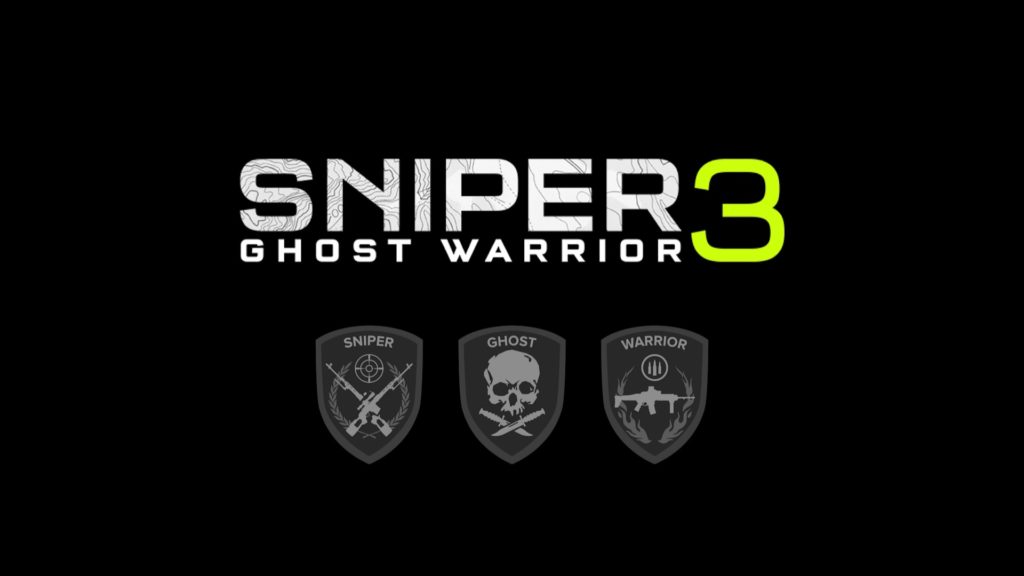 Sniper Ghost Warrior 3 delivers in the field of graphics, undoubtedly. As a result, absurd hardware requirements are needed to run it properly without constant framerate problems and stuttering. This is largely the result of poor technical optimization. Combine this with decent gameplay that is unfortunately riddled with technical problems and bugs, and you have an AA game that could have been a gem yet is surpassed by other titles offering similar gameplay with better results, like the Sniper Elite series. From the creators of Payday, RAID World War 2 proposes the same mission-based gameplay of the Payday series without all the bank heisting. However, it fails in the graphical field with what appear to be dated graphics and the gameplay simply does not shine. With repetitive, grindy missions, atrocious enemy AI, and horrible spawns this game is little more than a glorified shooting gallery with lackluster graphics and fairly boring gameplay.

First of all, the microtransactions in this title are awful and it forces players to grind for HUNDREDS of hours to get a remotely decent player. Alternatively, you can buy VC, the premium currency, and unlock skills and other stuff with it. Yet players are still without decent characters, for which you still need to grind for. The grinding is not set up well in the first place, so players were disappointed and frustrated over this poorly conceived money-making scheme 2K concocted. This was the main issue, but unite it with an awful Career mode story, bugs, performance issues, pay-to-win multiplayer with lots of disconnects and crashes server-wise, and you have a horrible mistake you will never want to repeat or buy.

This game, from the devs of the Saints Row franchise, should be good, right? Well, it might have been if it was not one of the most tepid, uninspired games of 2017. There is literally nothing in the gameplay formula. The characters and story pretty much feel like a half-hearted attempt at a game with its stereotyped good guys vs. bad guys story. It’s almost the definition of the word “meh” with its bland characters and clichès. Dangerhiggdoltage played this for a few hours on PS4 and was a bit dumbfounded because the game was rather well put together, had no noticeable bugs in the playthrough, featured great sound, and had sharp animations. Yet it felt like a rated R Disney Infinity game. There were plenty of jokes and jabs, but it was more like something from a 5th-grade locker room instead of a real Saints Row game. That is actually saying a lot because it’s not like Saint Row games are highbrow, but at least they are entertaining. These jokes are more…groan-and-cringe-worthy. Nothing in this game stands out, It is neither white nor black, just an anonymous grey with no flavor or personality. The quick fall in price for the console versions quickly after release is a clear indicator of how well it performed. 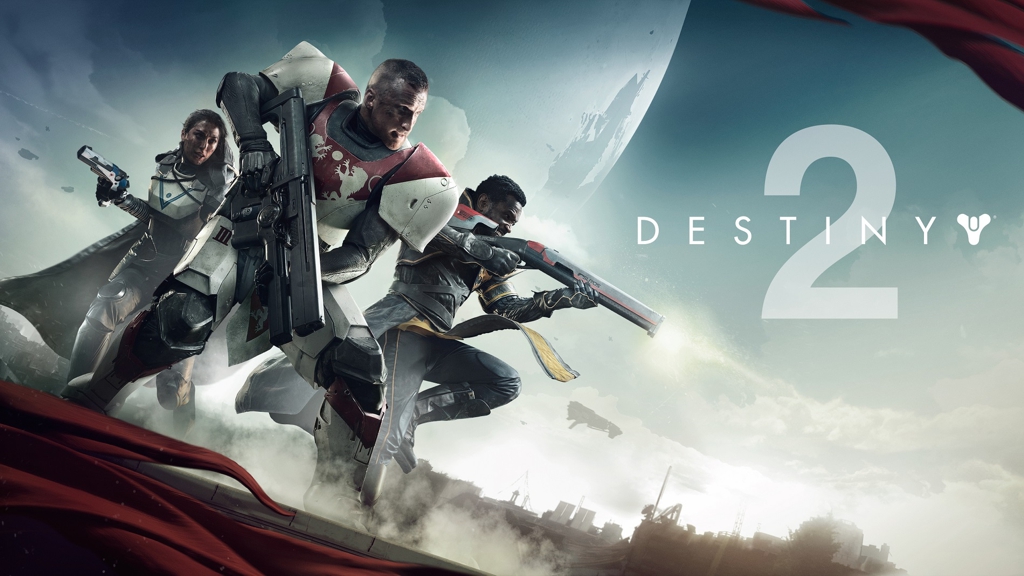 Erroneous player bans, loot-box micro-transactions to level up, and the horrid Curse of Osiris DLC that was incredibly short and consists of re-skinned assets previously used are just a few reasons to list Destiny 2. On top of that, level cap paywalls, paid consumable items that merely increase chances of exotics rather than actually provide them, and fact that you will be absolutely unable to experience the full game without buying items and DLC make it a poster child for bad game business practices. For a $60 game, it’s mind-boggling. 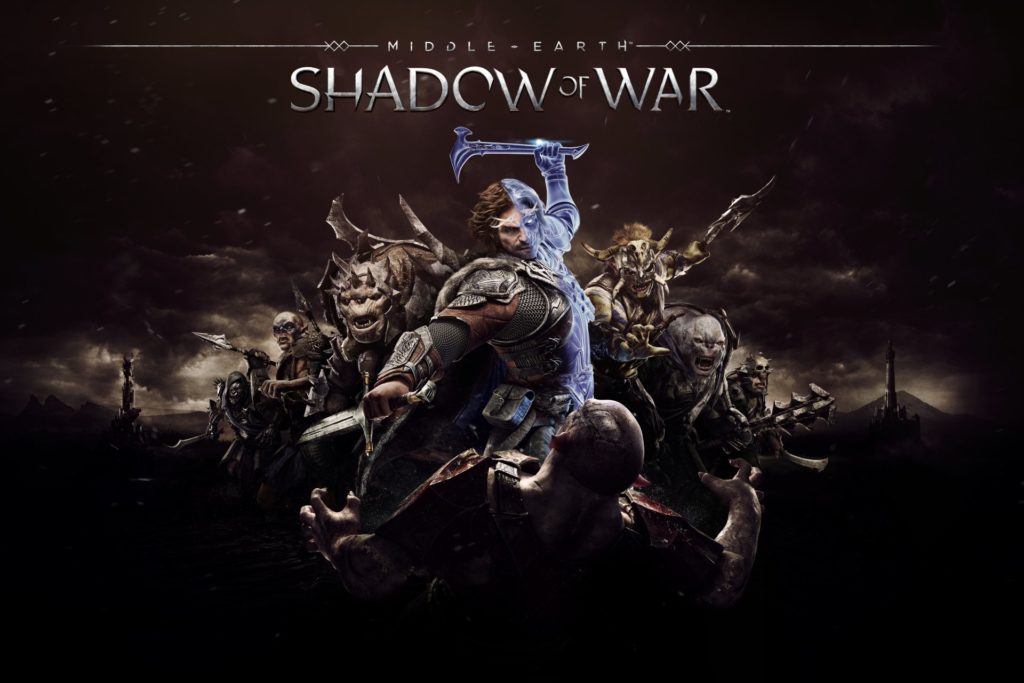 Because of greed, this game is here on the list. The base gameplay of this title is quite good, it’s actually a great sequel, but it falls short in the endgame. Basically, in this game people can build their own fortress and put inside them enemy leaders they either capture or drop from loot boxes. These loot boxes can be grinded out with in-game credits or with premium, real-money paid credits. So far, no big deal, we’ve all seen loot boxes by now, but what happens with the endgame is based upon defending and attacking fortresses with said heroes. The game is purposefully engineered so that players are forced to play long grinds or pay real cash to get powerful heroes and win. So, what happens if you attack another player’s fortress when that player shopped a ton of premium loot boxes and got all the most powerful commanders? You can imagine. Basically, Shadow Of War teaches us that imprisoning the endgame behind huge grind walls of countless hours is never good. It’s a travesty, to be honest, because it is an otherwise worthy successor to the first game. Additionally, many players simply refused to play the game due to the Denuvo DRM and then those that tolerated it had issues when the Denuvo servers went down, thus making the game unplayable for a time. A brand new game. Yep. 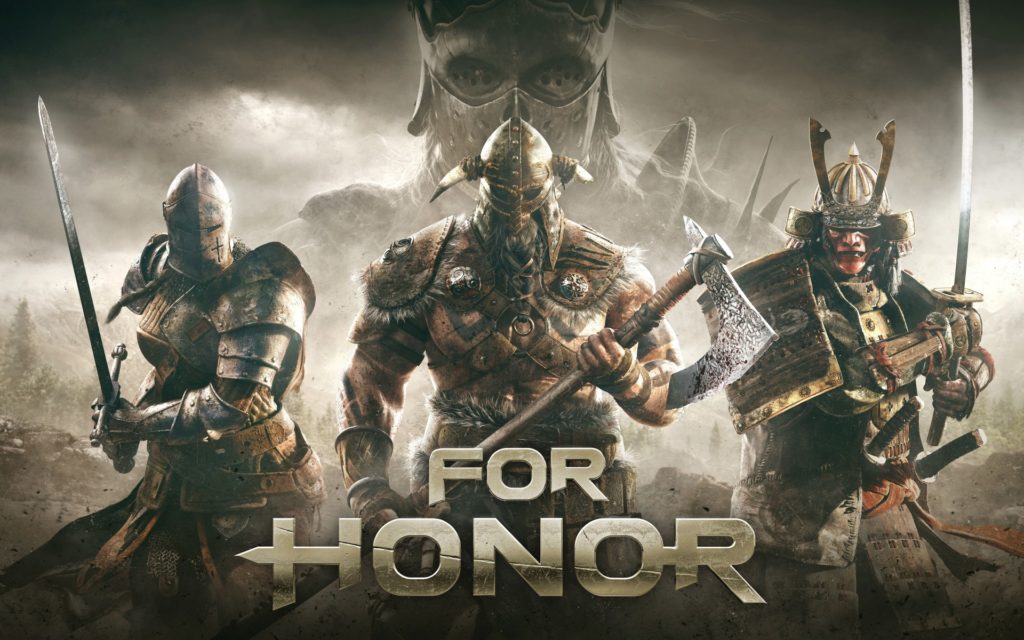 What could have been one of the most excellent fighting games of the DECADE has instead been ruined by two main problems: peer to peer hosting and a lack of game balance. In a multiplayer based game where every ping millisecond counts, peer to peer hosting errors have led to huge protests and frustration from players after disconnections and lag related issues. The rampant unbalance of some classes compared to others contributed to disrupting gameplay even more. The result is a fighting game with good mechanics that is fairly ruined by these problems, and therefore has not risen to the top as was expected. Good luck trying to get a match with your skill level, it’s simply not going to happen. 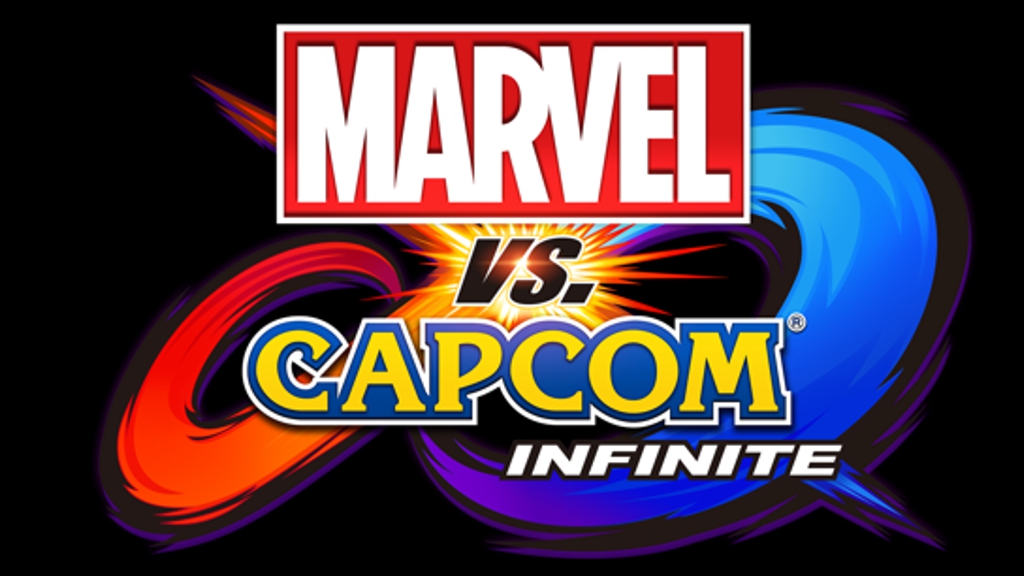 Oh, what a disappointment. ULTIMATE MARVEL VS. CAPCOM 3 is a game that had a HUGE fanbase back in the day, was used for tournaments frequently and even did so-so on it’s 2017 re-release on PC, SP4, and Xbox One. Granted, the UMVC3 netcode was not fantastic and finding matches leaves you with mostly incredibly experienced players that know exactly how to kill in seconds. Currently, there are next to no players on it using Steam. However, Marvel Vs. Capcom Infinite hardly has any players either judging from the player charts. Why? For one, the game is graphically inferior in many ways to UMVC3, has a very disappointing roster that lacks such fan faves as the X-men universe, removed the 3×3 matches with 2×2, and doesn’t feel as tight as the prior game. It’s dying fast. That is not to say the game is horrible, but it certainly doesn’t do anything to keep the fanbase coming. Also, the DLC packs are incredibly overpriced. 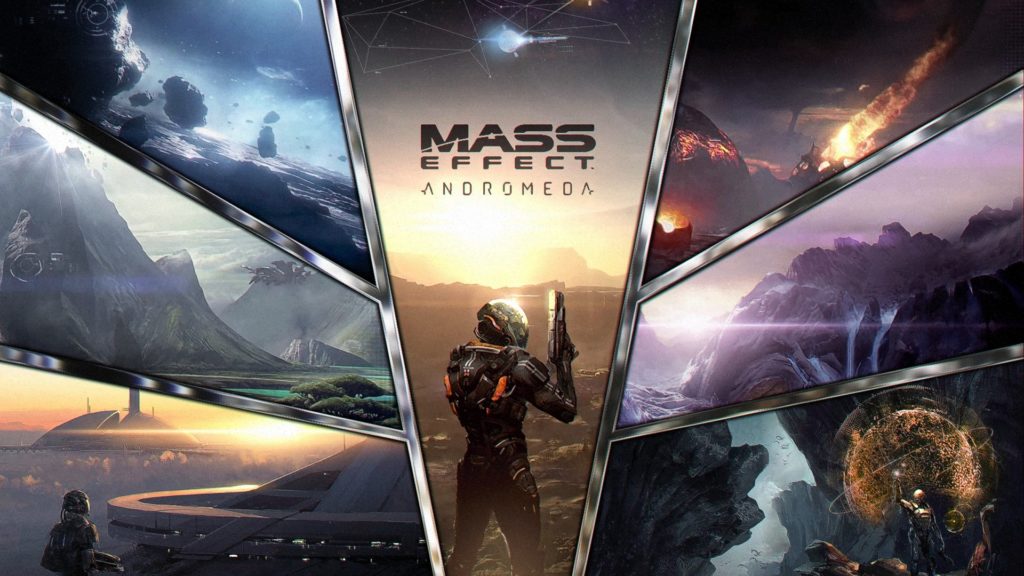 Mass Effect Andromeda is a mess, filled to the brim with bugs of every kind, too many for any open world game. It has a bland and fairly forgettable plot with uninteresting characters that honestly come off as stereotypical with a clichè main story. The final boss is frequently referred to as awful, includes ridiculous voice acting, and the facial expressions during cutscenes transform the experience into a B-Movie at best. It also has a multiplayer section which has been forgotten by many at this point and plays like Mass Effect 3‘s multiplayer, but somehow worse. It may have a lot of content, but based on a “single player MMORPG” style that honestly doesn’t garner well with a large section of ME fans. 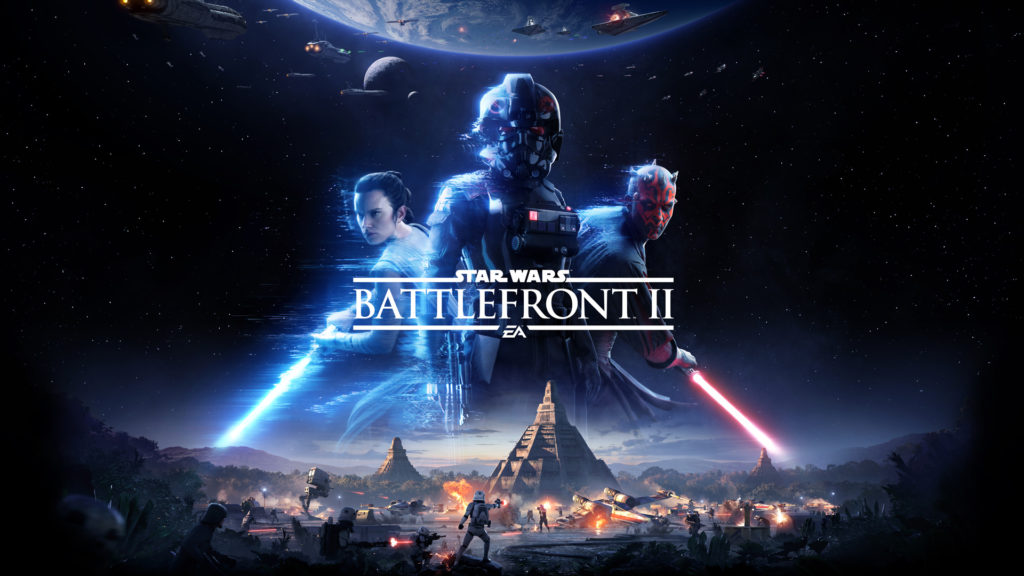 Because of unbounded greed, this game made it to the very top of our list. Electronic Arts decided to make this title a pay-to-win grindfest from the get-go, more so that any game ever made up to this point in the AAA-tier industry. To get any good skill for your class you need to constantly grind loot boxes which give you a set of random abilities for any class RNG chooses. However, if you pay, you can access top tier class abilities right away and not have to grind to unlock ANYTHING. Just unlock a hero like Darth Vader if you want, boom there you go with a ca-ching EA cash grab for the win. If you don’t want to pay more cash, you need to grind something like 50 hours! That is insane, especially for less hardcore gamers who simply want to join in. Battlefront 2 is a shining example of what the AAA industry is destined to become if people do not unite against this mobile-ish, microntransaction filled nightmare that gaming is quickly becoming. It is a shame to the industry and an insult to the gaming community at large.