We’ve all played this type of shooter at one time or another. Steam is awash with games in this genre, and indeed the store page for this one looks no different from many others. Let me tell you though, this one is special. 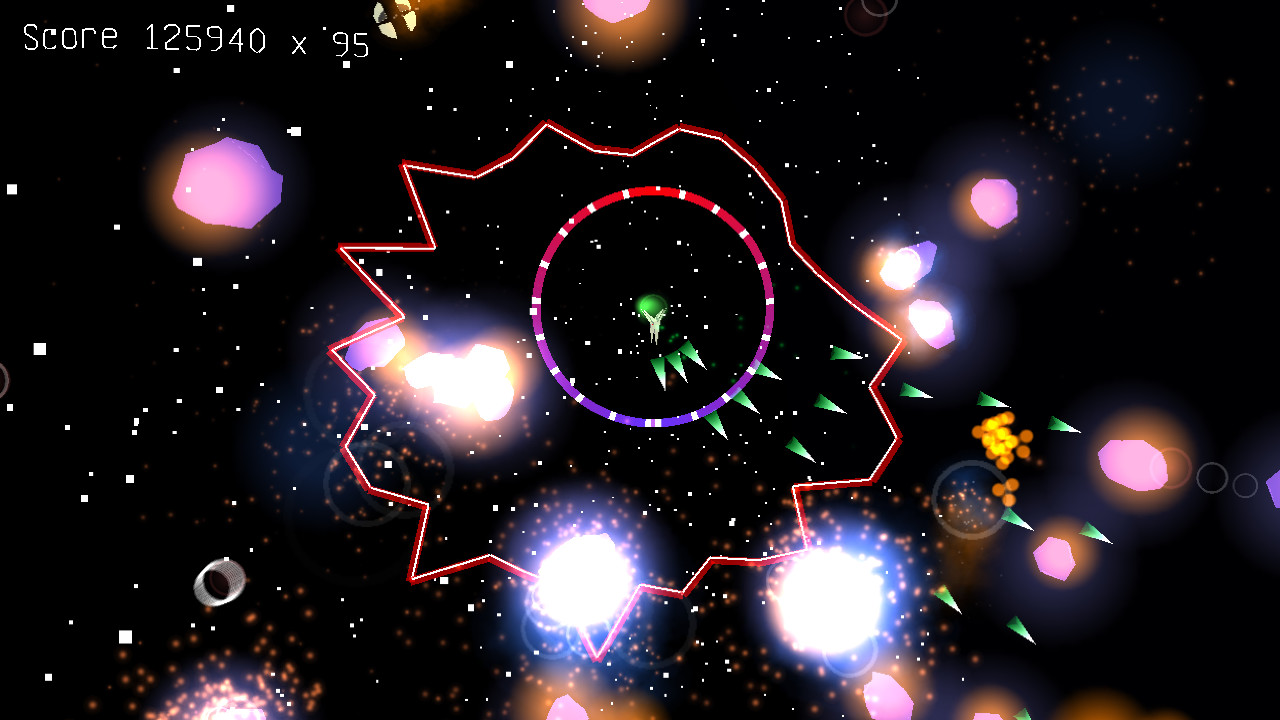 The overall structure of the game is quite basic. Graphics for the main map and achievements are deliberately done MS-Paint-style and there are one or two minor glitches to be ironed out (nothing that affects gameplay).

It’s when you start playing that you realise this developer really knows what he’s doing. Levels involve swarms of colourful enemies perpetually chasing after you in patterns and randomly, as expected, but the unique mechanic of this game is the shooting method. You have the traditional right-stick chain gun as usual, but the shoulder button (controller is a MUST here) releases a pulse that not only kills all enemies within a certain radius, but when doing so all the dead bullets/enemies turn into energy which you pick up to improve your firepower and at the same time your score multiplier increases.

That may seem a bit complicated when you read it, but what it means is that you have to a) try to position yourself right in the middle of a swarm and then pulse right at the very last moment to maximise your kill zone and your multiplier – the closer they are, the more points you get – and b) carefully ration your pulses because they eat your energy but it gradually replenishes, so it also acts as a ‘panic button’ to escape overwhelming situations, of which there are many!!

There are 28 levels, each unlocked as you beat the previous one. There’s always a target score to get a medal, and while you’re trying to beat it you see your name rising up the leaderboard for the level (I’m currently the proud holder of the #1 rank for one of them). The level designs are imaginative, extremely diverse and absolutely spectacular. The enemies and obstacles test your skills in all kinds of different ways, and you’re always looking for the right technique to tackle each type of enemy. In the end there’s always one particular strategy that’s a winner, but it can take hundreds of attempts to discover it and master the technique! 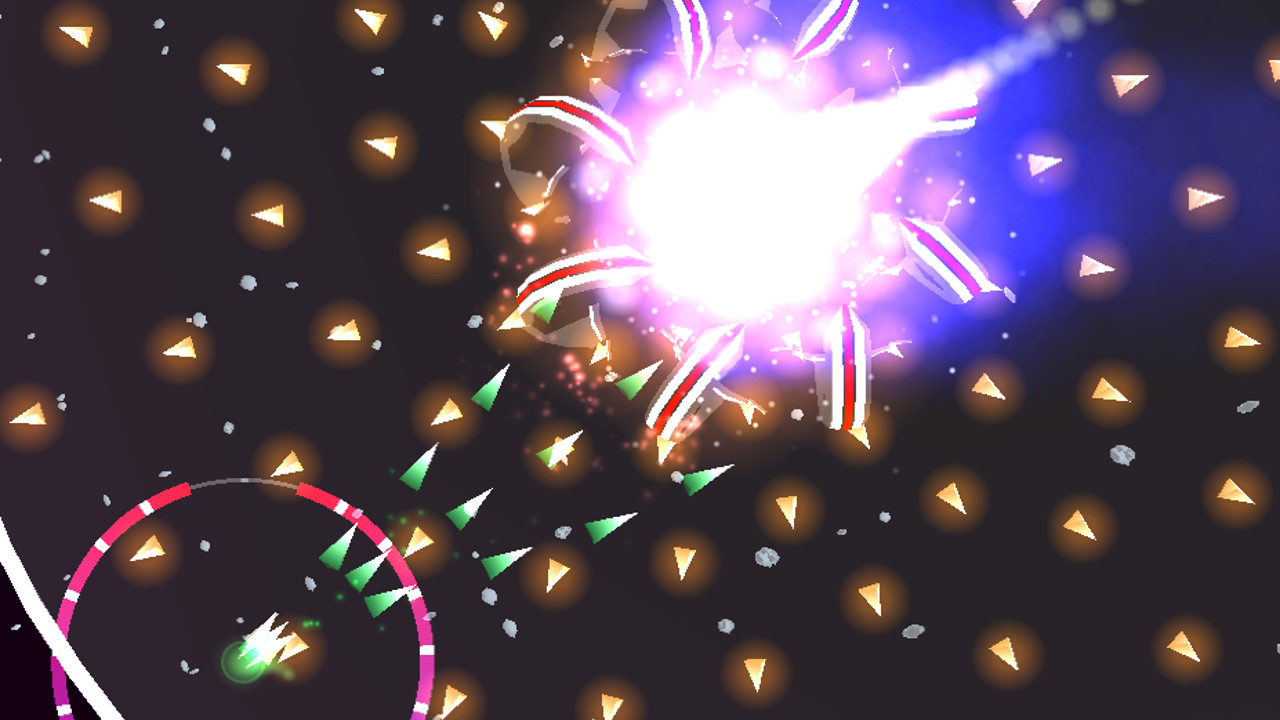 The challenge level of this game is: Oh. My. God.

There are two overall settings: Normal and Expert. Each level also has a choice of two exits after you beat it: green for easy and orange for hard. I’m not entirely sure if these difficulties are piled on top of the overall difficulty setting, or if it simply toggles. What I will say is that this game has NO EASY MODE. Even on the bare minimum Normal/green it’s still effing HARD!!

I would say, without exaggeration, that at least 80% of all levels I’ve played have lasted less than five seconds. It’s normal. Restart, die, restart, die, over and over and over multiple times every minute. With each attempt you learn a little more about the enemy patterns and get a little more cunning until you get that final breakthrough to victory. Persistence is the name of the game.

Despite being very hard, the controls are so intuitive and natural that it never feels unfair. You always want just one more try. Even now I’m fighting the urge to stop writing and play a few more. It’s horribly addictive. 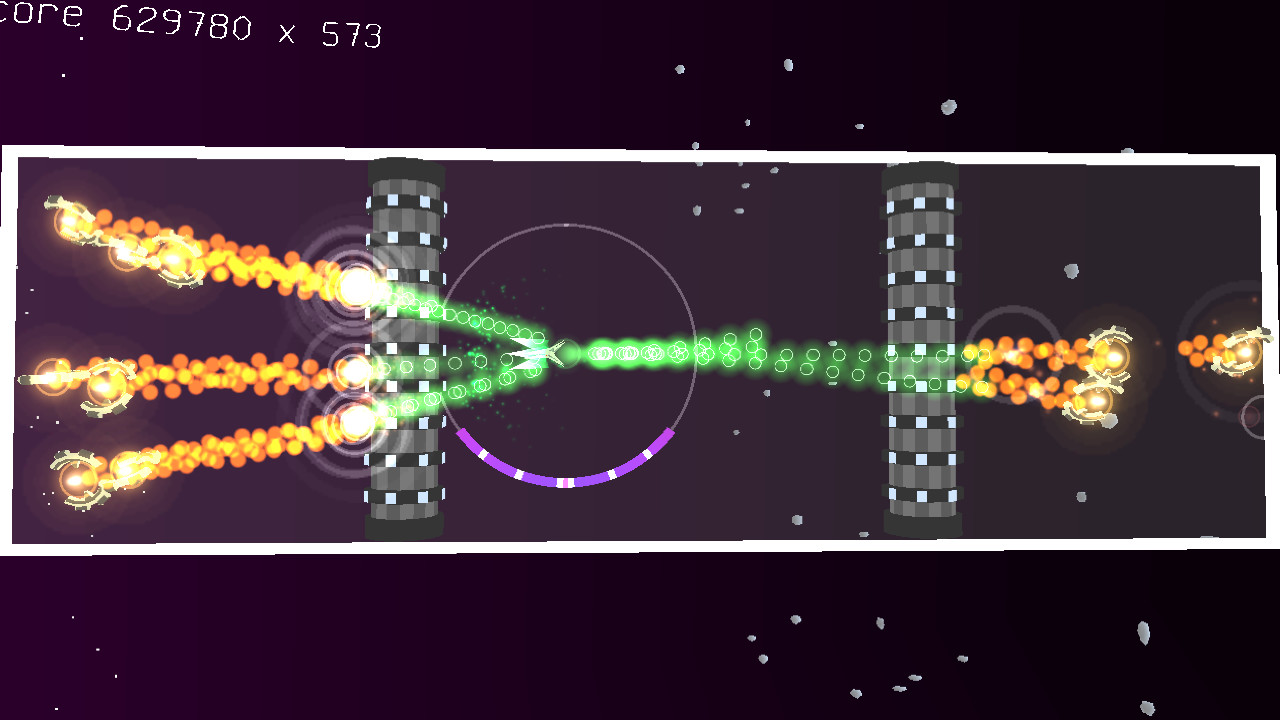 The MS Paint style for the icons and menus would normally be a detriment but in this case I think it adds charm and suits the game down to the ground. It portrays pure simplicity and good old British understatement. The neon colours within the levels hit just the right tone of being pretty without interfering with the visuals. You can always see what you’re doing even when the screen is full of bullets.

Usually I rate a game’s music based on whether or not it’s too annoying to leave it on. In this case I love it, and I rarely say that about any game. I’d describe it as synthesised rhythmic rock with a nice melody and again, it suits the gameplay perfectly. 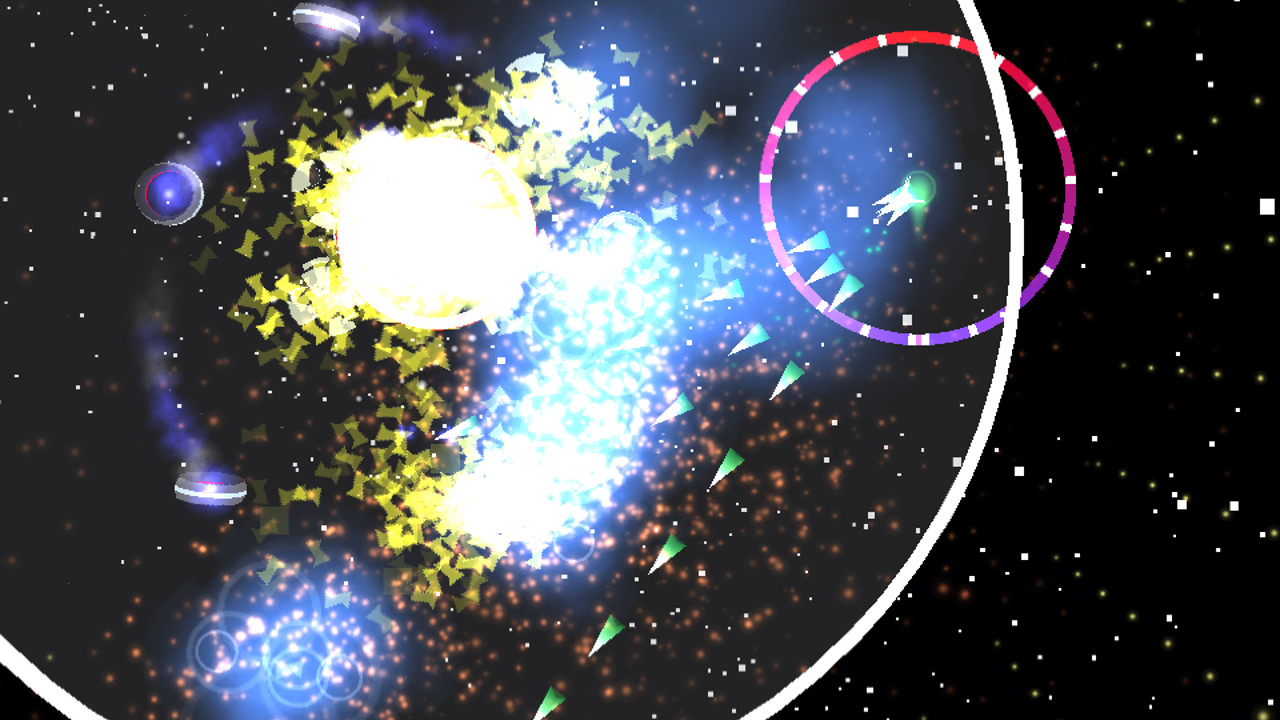 7 trading cards. 18 achievements, half of which involve finding various types of oh-so-British biscuits to fill the King’s biscuit tin. How brilliant is that? And as if that wasn’t fantastic enough, I’m playing this on my beloved Linux. Oh you beauty.

For this type of game, with the amount of content and unlimited (compulsory!) replay value I’d say the price is exactly right. However, once you factor in the high quality of the gameplay it becomes excellent value even at full price. It’s the type of game that you’ll want to keep in your favourites and dip into occasionally over a long period of time. 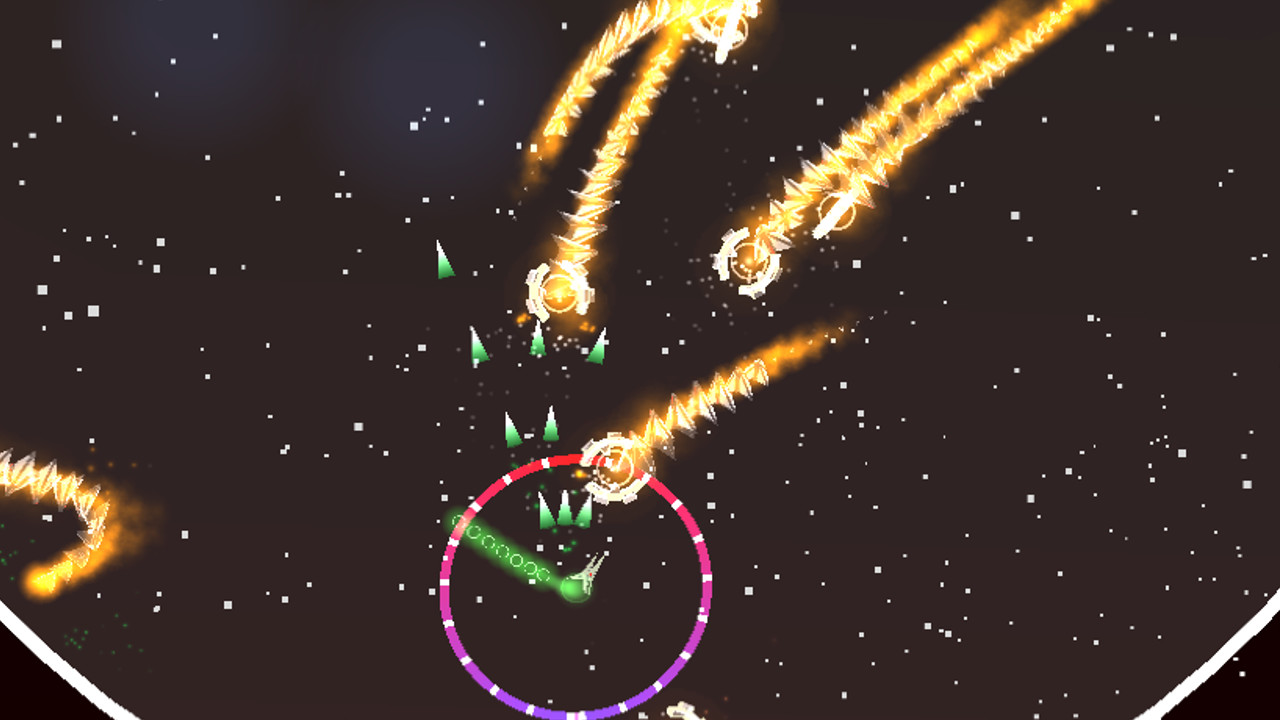 I don’t normally opt for fast and furious games like this, I’m more into sedentary puzzlers, but I’m sitting here now with a pair of sore thumbs and nerves jangling like I’ve just chugged 20 shots of espresso. I feel so alive! 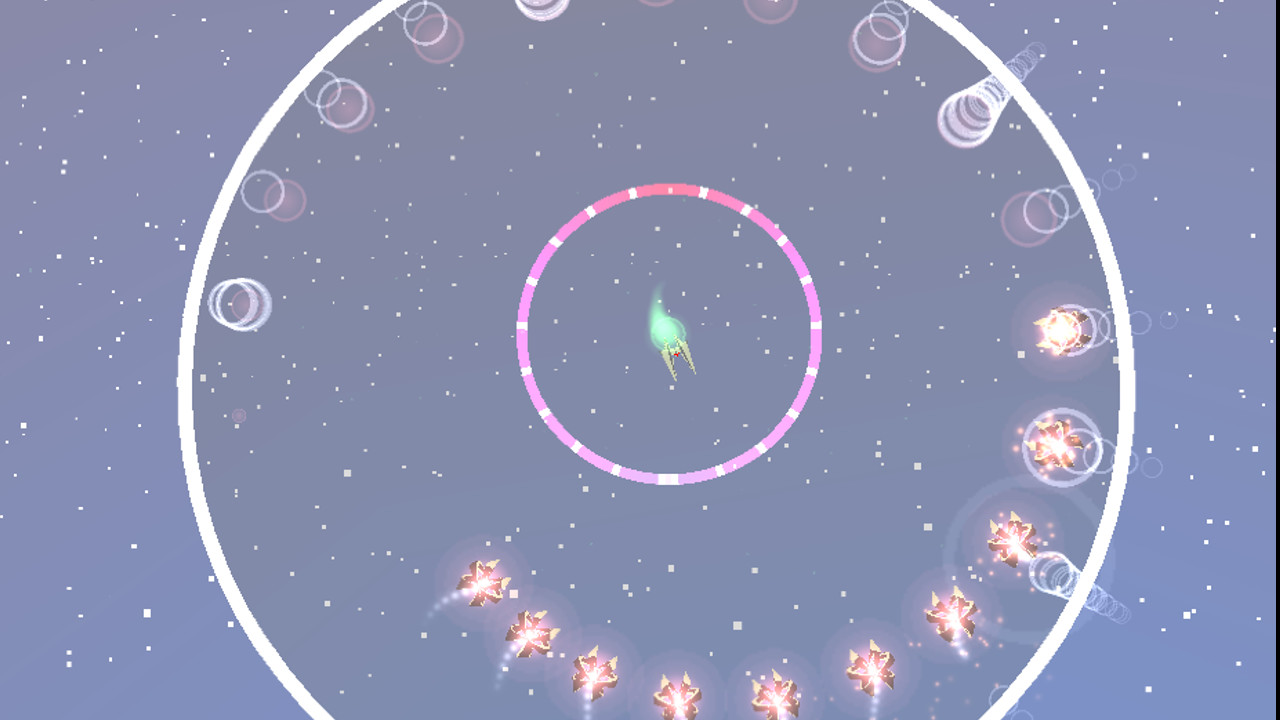