You arrive on a water planet (believe it or not) and soon meet up with your floating jellyfish alien buddy who guides you around the place and tells you the story of what happened to his species while you help him out with your human hands to do things that his tentacles were incapable of. 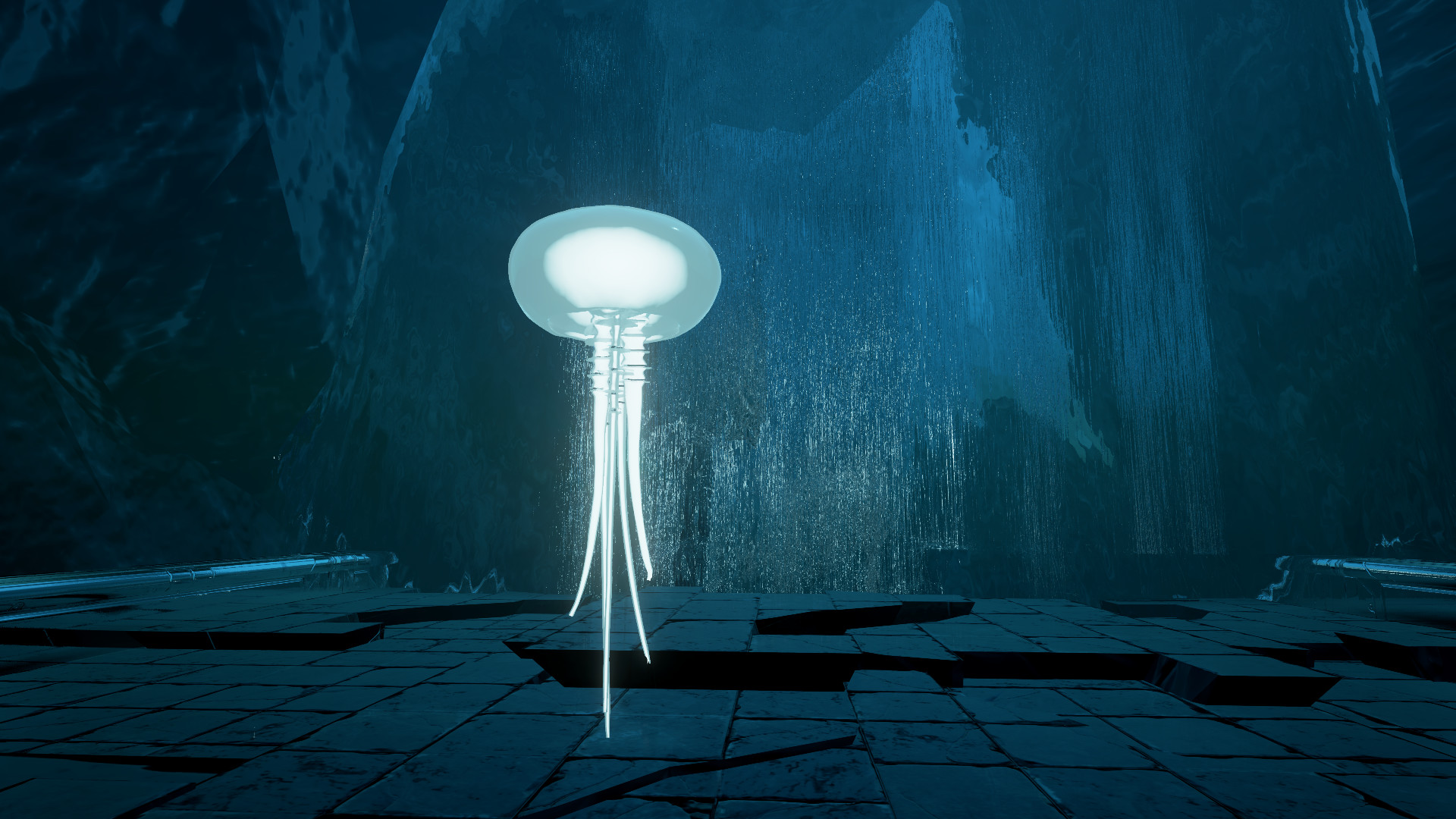 I played on desktop (not VR). Steam controller was my natural choice, I always use it for walking sims because the right-pad is usually good for whizzing the camera around. In this case there was a horrible delay that made it feel very awkward, so I tried my Xbone controller and this proved to be much better. Keyboard/mouse work well also, if you prefer it. The only button used is A for jump (hardly ever necessary) and to swim upwards (although even this is redundant as you can simply point yourself upwards instead). You just bump into things to activate them, no inventory, no actions, nothing, just literally walking/swimming around. I’m not saying this is good or bad, it’s certainly easy though.

The environment is cohesive and flows well. There’s nice lighting reflecting off every surface, above and below water, which is very effective in making everything look watery. Overall the objects and environment are interesting and engaging…

However, the whole game is in a bluish monochrome with only a few items given colour to make them stand out. I can see what they’re trying to do here – make everything look watery – and while it does achieve the desired result, I couldn’t help yearning for some colour. It’s like the emperor’s new clothes: “hey mum, that game is wearing no colours!”.

All of the speech is done in a Stephen Hawking style synthetic voice. I’m afraid I found it unpleasant and jarring. In a game of this short length would it be asking too much to have some proper voice acting?

The music of VIRGO is a major selling point of this game. It is indeed very good and I enjoyed it when it appeared. However, as with the rest of this game, it’s too sparse. There are four songs included at specific points in the game. The rest of the time there’s just an ambient sound. I really expected to be listening to VIRGO throughout the game so this was quite a disappointment. 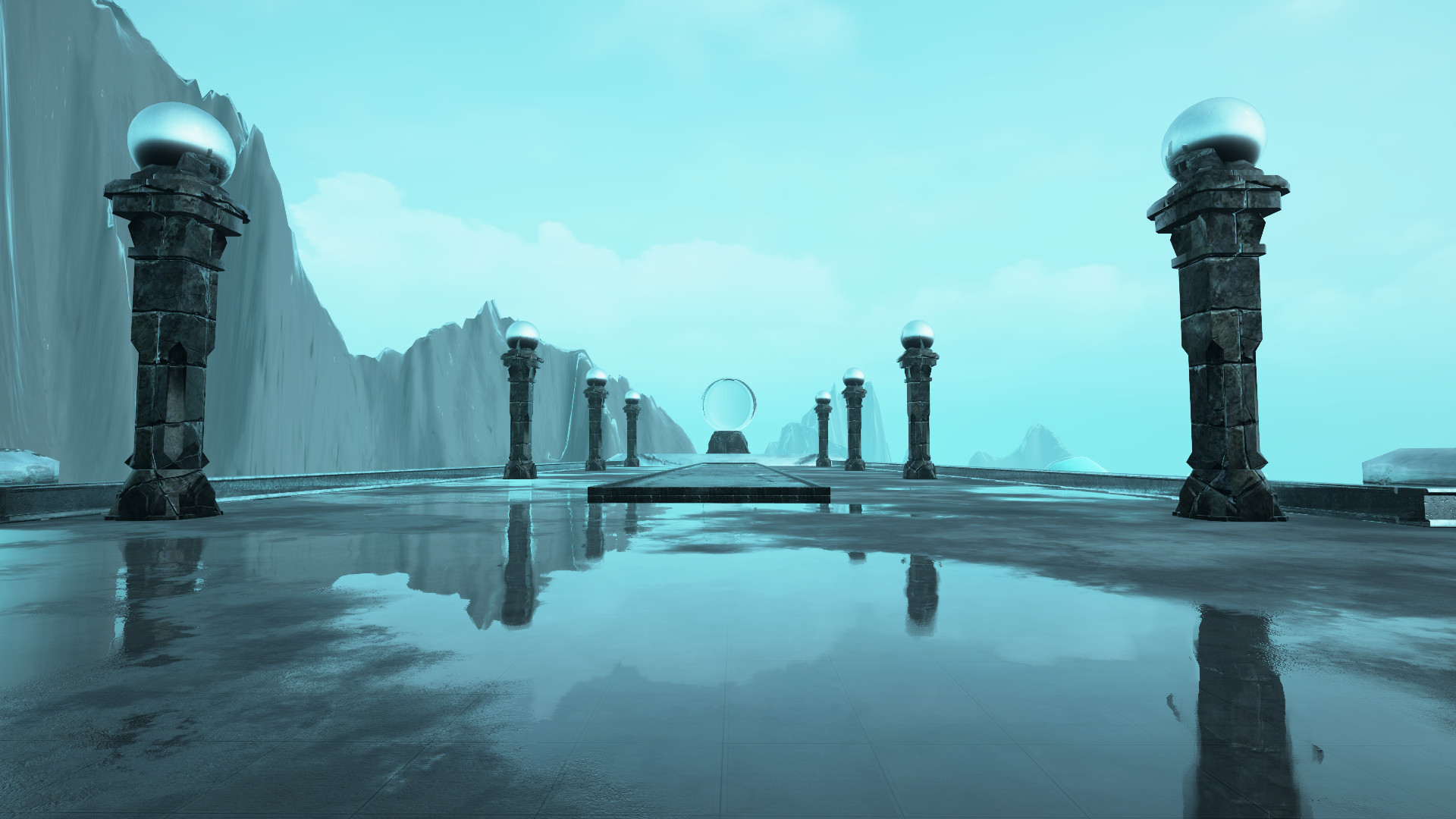 Optimisation is excellent, my GPU acted as if nothing was happening which made for a nice quiet experience, in contrast to the usual noise of my PC fans screaming like jet engines with games in this genre usually.

There is currently an issue with the checkpoint system, which doesn’t seem to be working for me despite a recent update to address this. I had to restart the game from the beginning twice. The first time I got almost to the end of the game, took a break, and when I came back I was offered only a new game. The second time was due to a glitch when I got stuck on a platform. I suppose I can be thankful that the game is so short in this instance.

There is none whatsoever. In a couple of instances there are what could be loosely described as puzzles, but they take about five seconds to solve. Exploration is actively discouraged by the use of a beacon which you simply follow. Barriers and platforms are activated by walking into bollards. This game is more of a journey/experience than a challenge. You could remove your brain from your skull and place it in a jar to take a rest while you play this, and you’d still complete it without any problem. 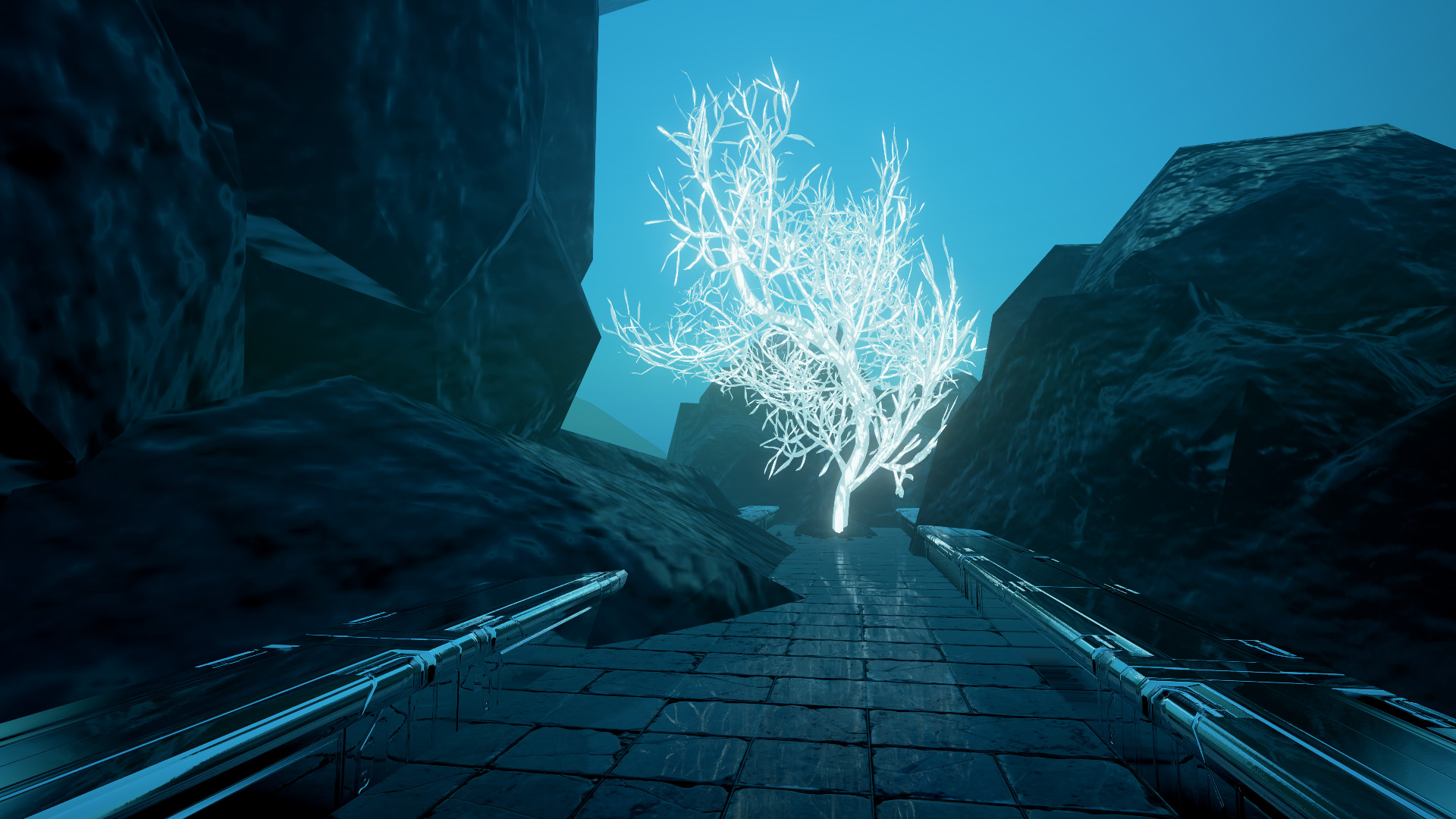 12 achievements – half for normal progression, half for further exploration. There is one where you have to move an inflatable dolphin/whale around but it’s impossible to do it on the desktop version. I managed to headbutt it out of the pool but trying for ages to kick it out of the door without success was rather frustrating. They say a patch is being worked on.

No Steam Cloud, but there’s not much to be saved so perhaps not necessary.

If you calculate value based on play time then I suggest you steer well clear of this. It lasts barely an hour from start to finish, making it an eye-watering (no pun intended) $20/hour. There’s some replay value to be had mopping up a few remaining achievements which entails exploring further corners of the map, of which there are not many, so it can be stretched to perhaps two hours.

If you play the game on the desktop, as I did, then I’m afraid the game is severely lacking in content and detail compared to other games in this genre and price range. However, I suspect this is geared more towards the VR market which is far more lenient in this regard. If you have the equipment then I would assume you’d gain better value out of it. 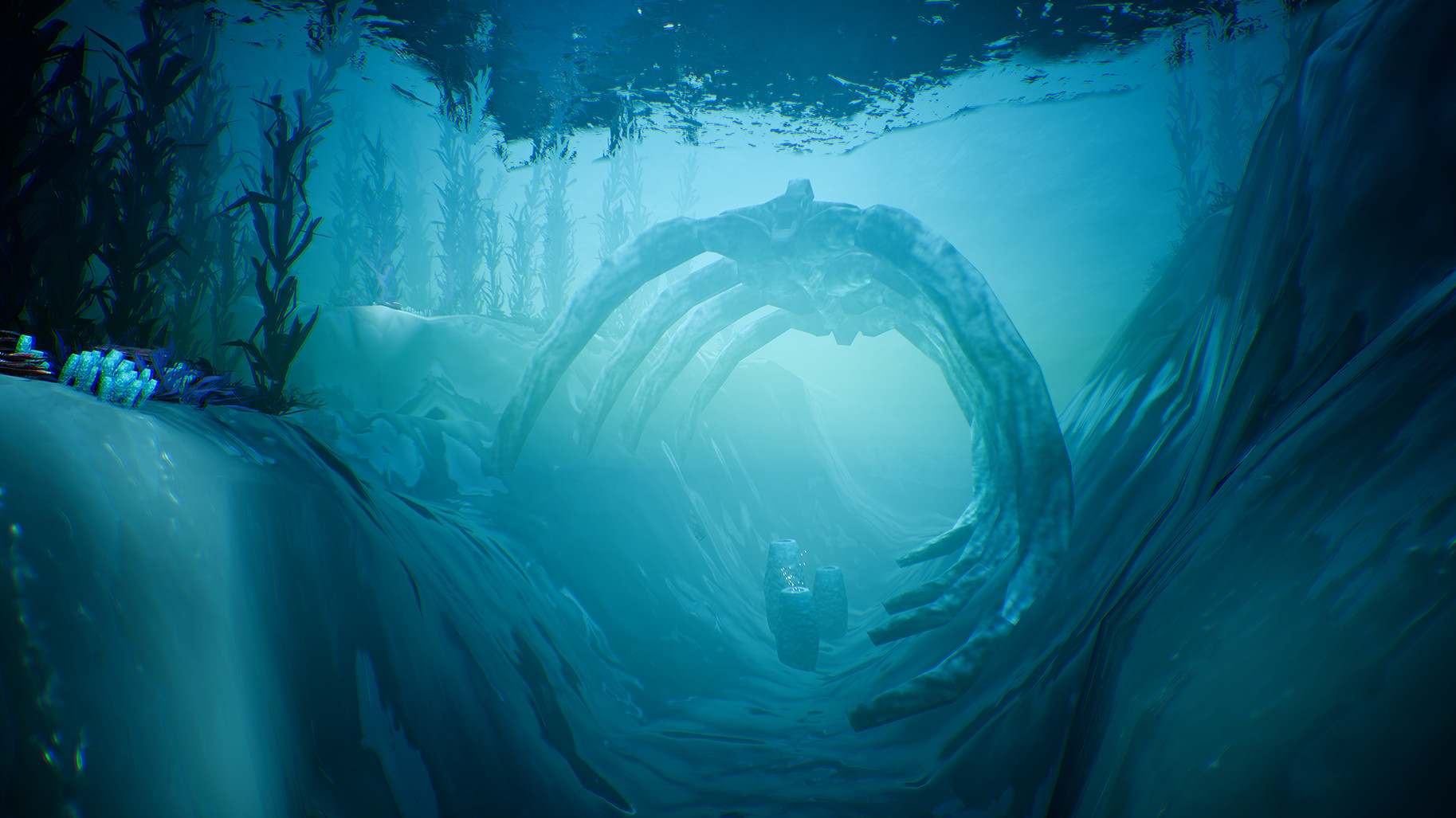 I did enjoy my time on Water Planet. Relaxing and pleasant atmosphere with brain disengaged, but it’s fair to say that the experience was bare bones and very short. If you have VR then go for it, otherwise I would suggest waiting for a heavy discount.