Puzzle walking sim with great graphics and content. A little rough around the edges.

I Have A Guilty Confession To Make

I have some past history with Deceptive Games. Last year I reviewed their previous game – a horror walking sim called ALONE?, the original non-VR version – for another (now defunct) publication. It was the most appalling game in so many different ways I can’t even begin to describe it, and I pulled no punches in my article. Of course, Deceptive Games were not too happy about this and banned us from all future contact. If they’d known who was going to write this article I doubt if we would have been sent a review key. I was rather Deceptive. Sorry for the deception, and the pun.

Anyway, I wanted to have a look at this game because a) it’s my favourite type of game, b) I was curious to see if they’d learned anything from their past mistakes and c) I believe in second chances.

Well, to cut a long story short, they’ve well and truly redeemed themselves in my eyes. I hope we can forgive each other now and let bygones be bygones… 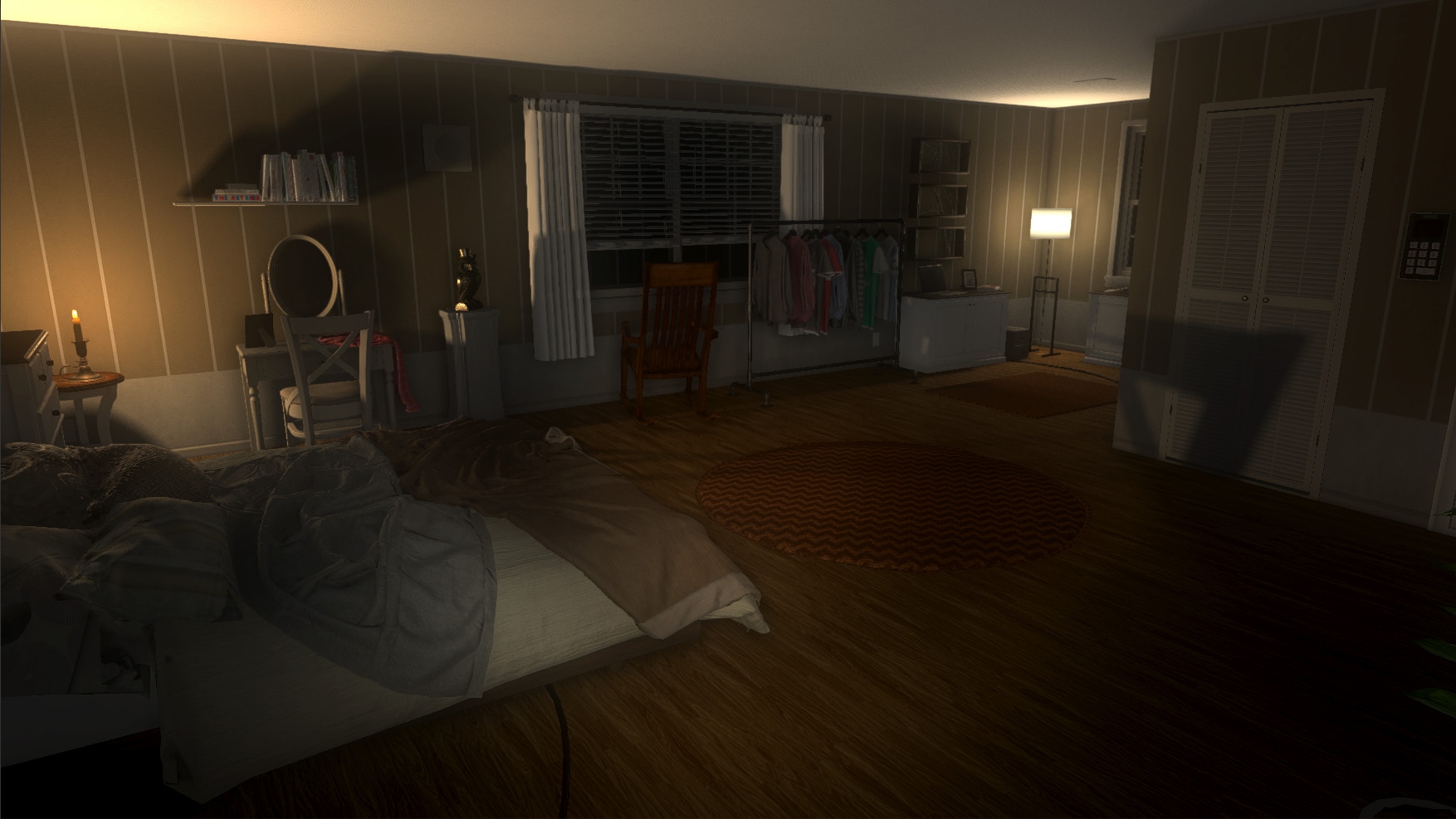 It involves walking around a house – well, more of a mansion really, it has so many rooms and hidden labyrinths – collecting items and journal pages to solve puzzles and develop the storyline. The general concept will be familiar to you if you’ve played other games in this genre.

The main focus (literally) of The Initiate is close observation. You need to inspect everything very carefully for clues, pick everything up, open all drawers and so forth. You gradually amass items in your inventory which can then be used to solve puzzles or unlock chests and hidden exits. You’ll need to keep a notepad handy to jot down the clues and snippets you discover on your travels as they will inevitably be needed later on.

There’s a good variety of puzzles including logic, memory and detective work. It’s all strung together by an accompanying storyline which can be summarised as ‘guy wakes up with lost memory, has to escape from the house’. 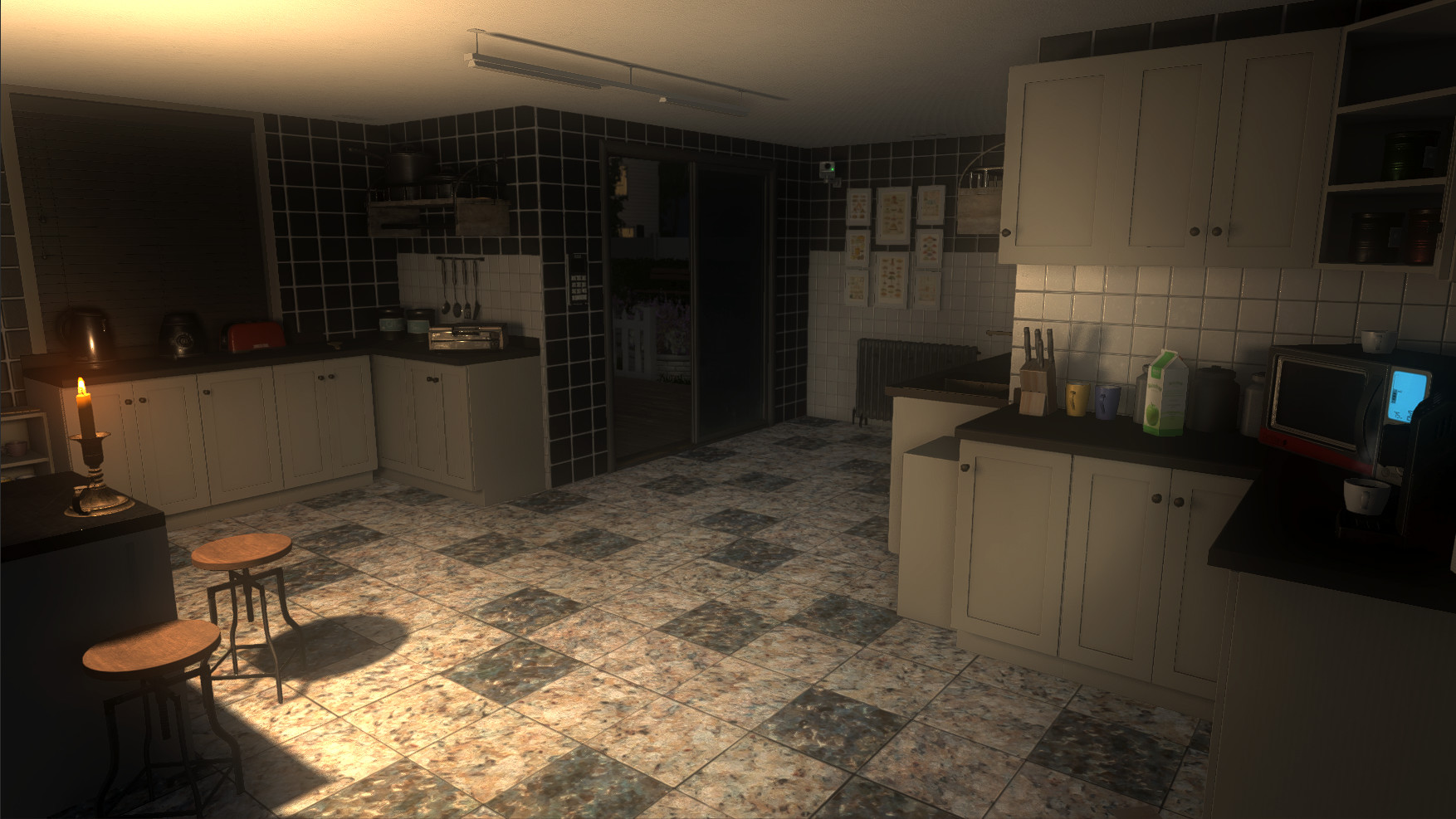 The individual puzzles are of medium difficulty, but the main challenge is to find the items and clues/information needed to solve them. Once you have the items it’s usually evident how to use them, and there are hints and instructions to be found written on walls and in the journal pages to help you along.

My GTX1050Ti has occasional stuttering on Ultra (maximum) but the next one down runs as smooth as silk and still looks fabulous. There are several lower options to suit all hardware. 1920*1200 is missing from the video resolution options so I had to put up with black bars, that’s my only gripe.

I don’t know which engine they used but this is fantastic UE4 quality. Crisp and lifelike with beautiful lighting, shadows and textures. Lots of objects to pick up and rotate for inspection, and they’ve taken the time to label everything with nice mouseover descriptions. You can tell a lot of thought has been put into the objects and environment because it all feels coherent, natural and well-stocked. The appearance of the puzzles is particularly well done, with good use of colours, lighting and variety. Nothing seems like it was ‘bolted on’ as an afterthought, it all flows together as a satisfying whole.

You have to use a flashlight for the entire game if you want to be able to see things properly. I’m not a big fan of this, but at least it’s not the tunnel-vision type where 70% of the screen is in permanent blackness. Here you can see what you’re doing without any problem, but I can’t help feeling that these lovely graphics are slightly compromised by being dimmed on the peripherals of the screen.

The sound is fine and functional, but I think the graphics got all the love and attention during development, and this is the neglected ginger stepchild. There’s no music, just your industry standard Spooky Sounds(TM). I don’t understand why it was necessary to make this a horror title at all, it would have worked just as well, if not better, as a detective story or perhaps escapist, without the spookiness, and then perhaps the flashlight could have been taken out. There’s a man’s taunting voice to be heard occasionally, which I did enjoy. Nice voice acting and it appears with just the right frequency. However, it wasn’t good enough to overcome the grinding noise (see below) so I had to switch it off. 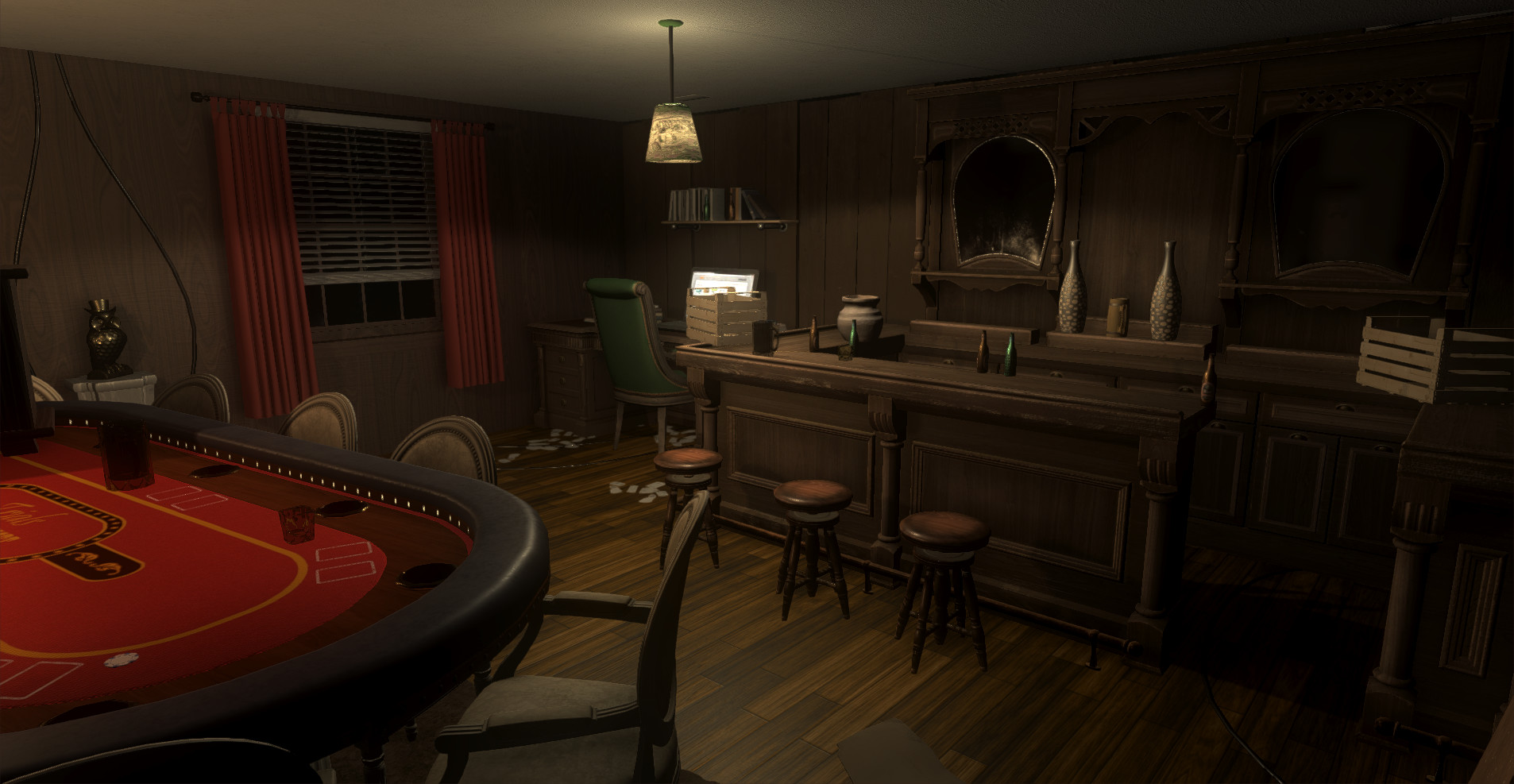 It wouldn’t be a proper D.G. game without the inclusion of some bizarre, infuriating, tear-out-your-hair-with-frustration “features”, gawd bless ’em. I’m glad to say that these can be eliminated by taking certain precautions (see checklist in Verdict section) so it’s possible to enjoy the game without these annoyances. 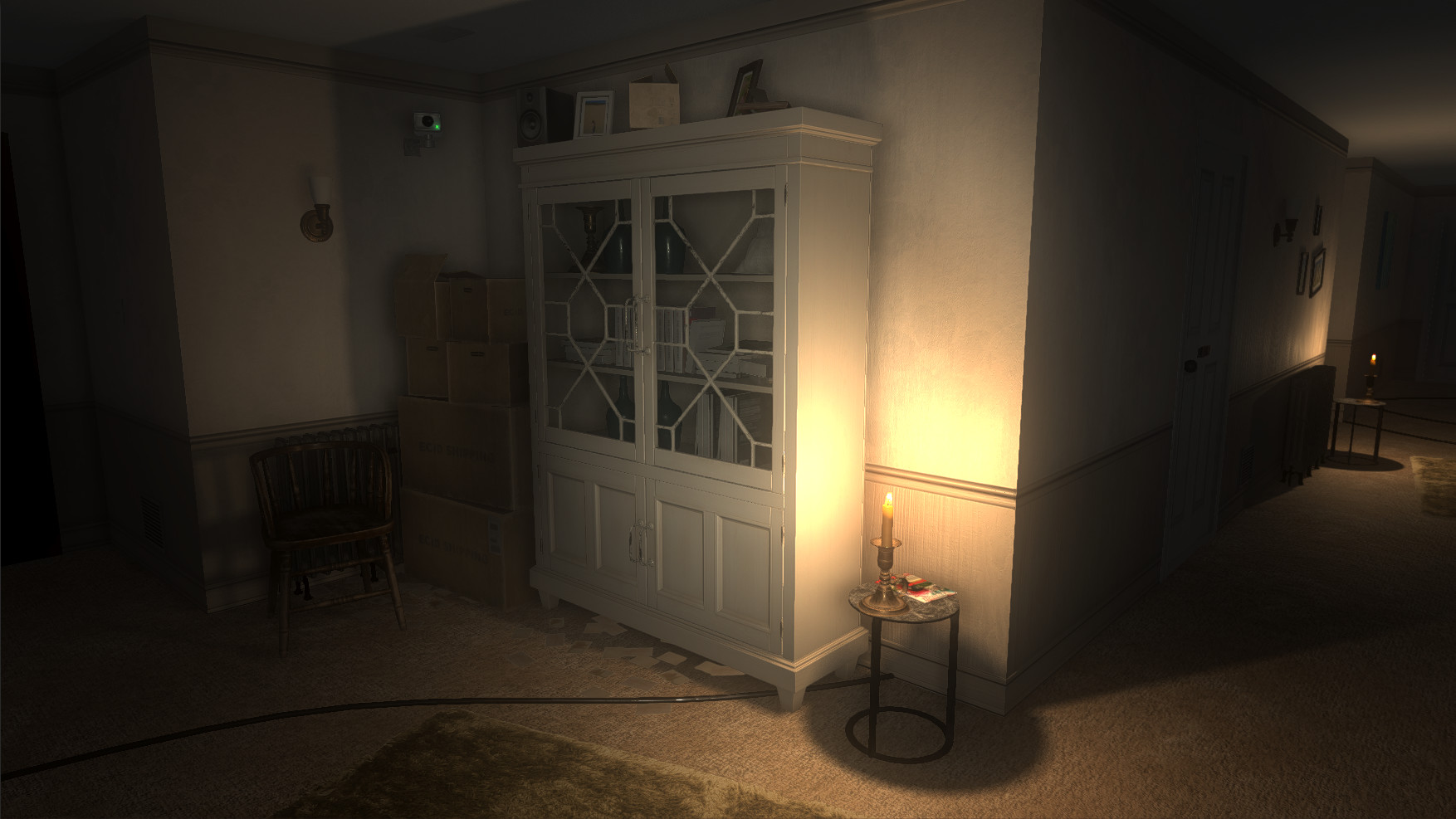 24 achievements, mostly for normal game progression. Artwork for these could be improved. No Trading Cards yet. I would like to see Steam Cloud support and Linux added, ideally.

I’d say, as with everything else here, that a lot of thought has been put into the pricing and they’ve hit the nail on the head. It’s exactly what I would expect to pay, no more, no less.

There’s not much replay value (normal for this genre) unless you want to mop up a few lingering achievements, but there is a post-storyline ‘phase two’ section with further puzzles. I can’t tell you much about it because I haven’t reached it yet, but I know it exists. 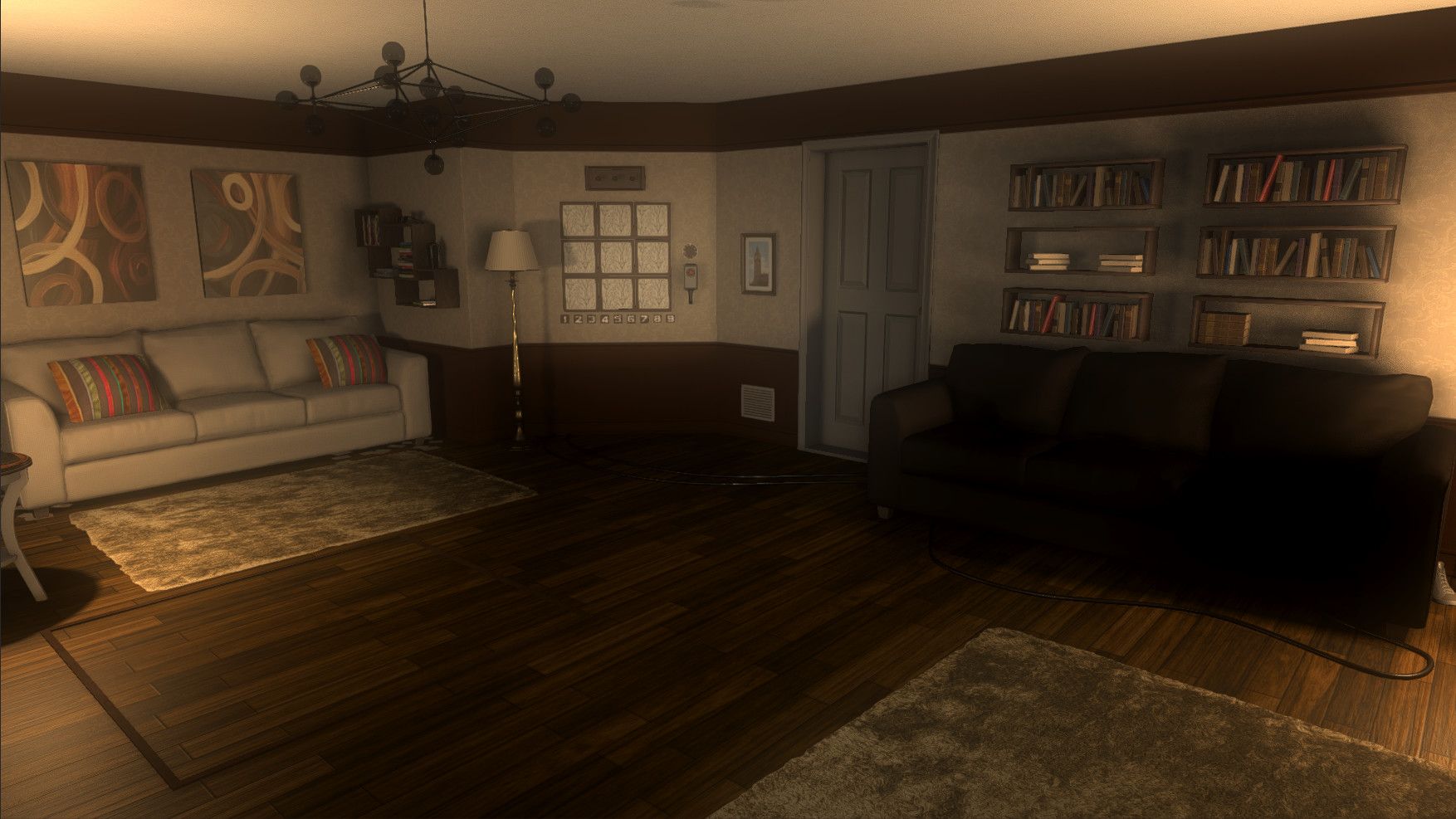 The most important features of games like this are a) comfortable/nice looking environment and b) interesting puzzles. The Initiate delivers top quality in both departments and comes with my wholehearted recommendation. However, to get full enjoyment from the game please use this checklist of unwritten rules. You’re welcome. 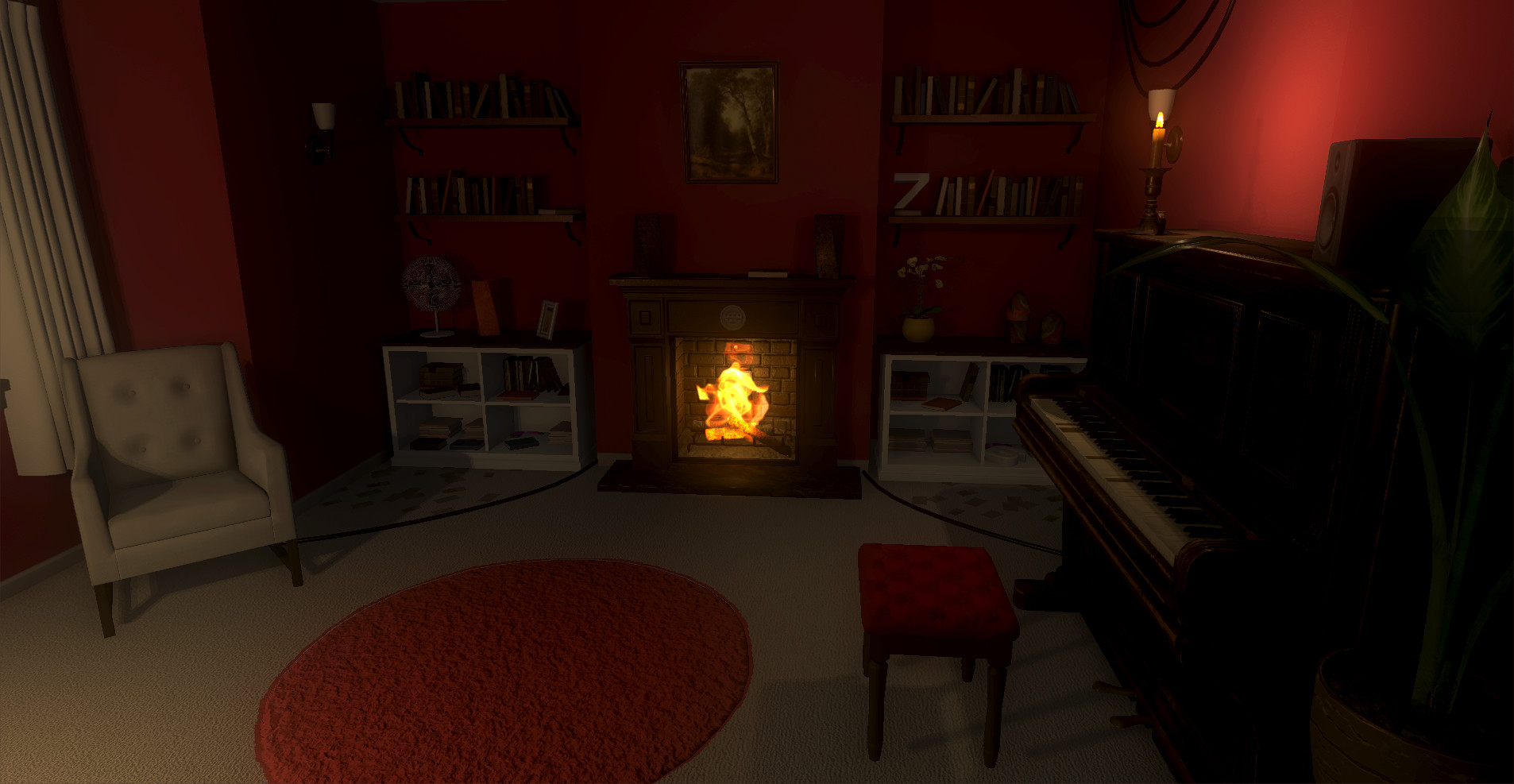