Tis the season for the spooky spooks.  Let’s start with one of my favorite scary games for Halloween, Outlast!

My buddy asked me…

“What are you going to play next?”
“Umm. Outlast I guess. It’s been in my backlog since summer. Supposed to be scary or something.”

And there I went, oblivious to what I was getting into. Honestly, I had only watched two minutes of vids online and a Conan O Brian review. Then came the game; immediately creepy. And it quickly moved on to scary and terrifying. The world seemed a bit Portal 2-ish, but the actual gameplay…was amazing. Pacing, story, real HORROR, and tension like I had not really felt in a horror game. Not that I have played a ton of horror titles, but I would put it on par with early Silent Hill games.

I won’t go into the details. Really, it would spoil it for you. Honestly, very basic. You are a reporter checking out the weird stuff happening at an asylum and then you walk in into an evil Wonderland complete with menacing large evil killers and a nutso with no pants. Speaking of that, tweedle-nude and tweedle-nuder didn’t get me once. I was kinda proud of that.

You can’t fire a gun or use a weapon. The only defense is running, hiding, ducking, and having your heart up in your throat as Chris Walrider walks by you…aw! He found me! AwHHHHHH!! RUNNNN!!! 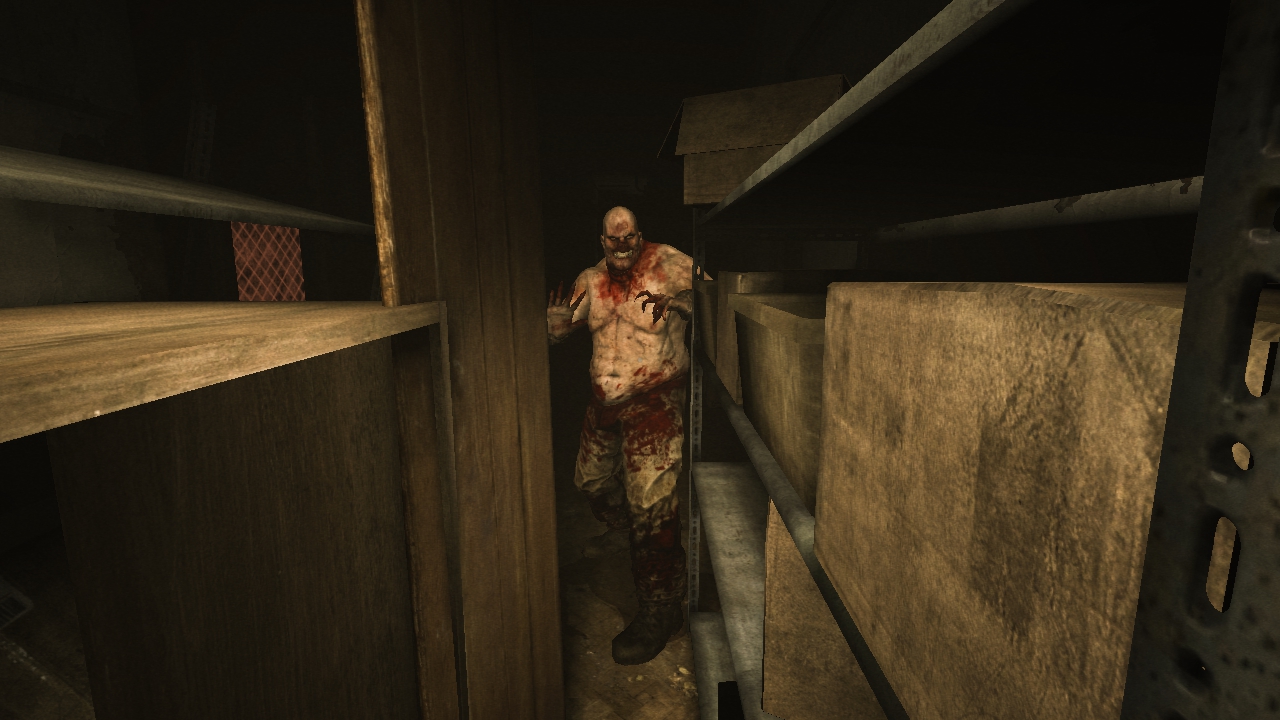 Of all the games I played in 2014, this has to be one of the best made in totality. The length is just right. Cues and progression move at an exact rhythm that does not allow you to slow your scare down. The jumpscares are there but are by no means the meat of the game. There are no useless time-wasting missions. Everything has a reason and the most annoying mission in the game is perhaps one of the most terrifying when you do not know what will happen next at all. Normal difficulty is not impossible and not once did I get stuck on geometry. A few things are not apparent – that much is true. Granted, if they were, the game would not be hard enough. It’s just right. Really. It’s absolutely just right. Kudos to the dev team. 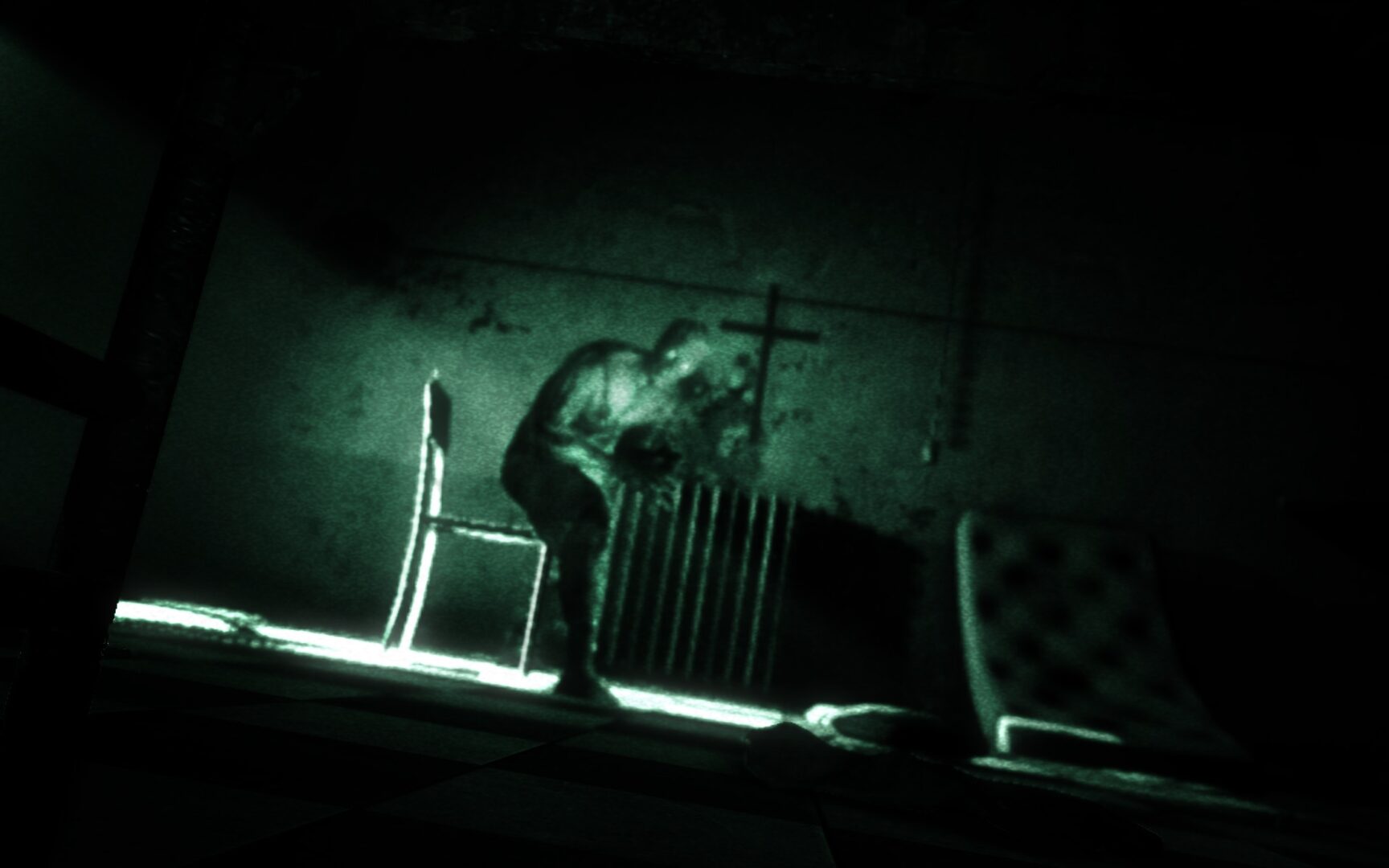 At one point I told my buddy I was really wasn’t super scared anymore by about the middle of the game. BUT. I could not play for more than an hour or so or my heart would not slow down enough for me to sleep well. Too much tension. Then he said, “Isn’t that what terrifying means?”
He was right. Even when the horrific graphics no longer phased me, it was the sheer tension of the game that kept me in its grip. That is amazing and impressed me more than many AAA titles I’ve played in the past. Ah, memories 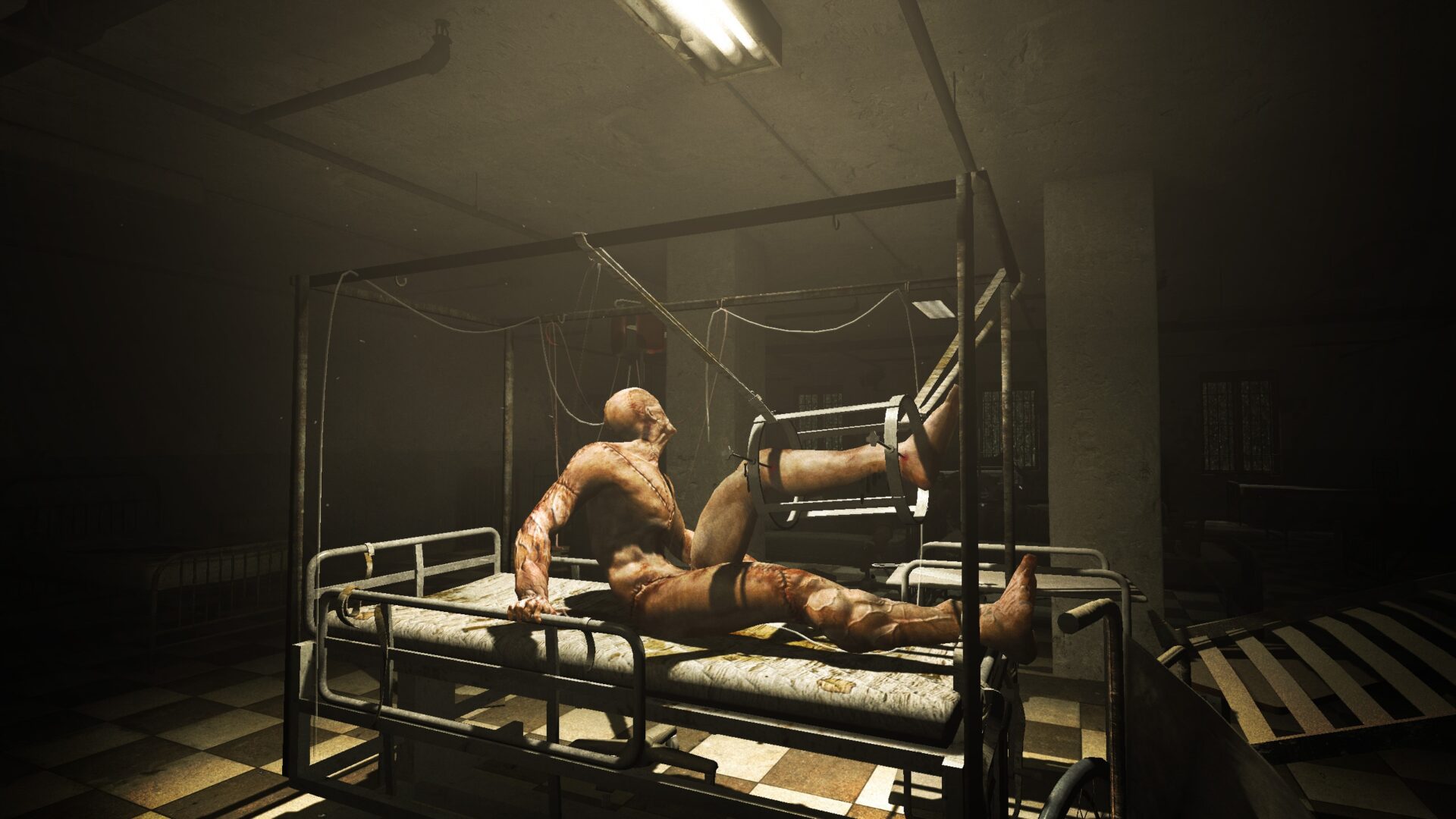 It’s been a number of years now since I wrote this review and it reminds me of how much fun it was to both play and write about Outlast.  It still gets me tense when I replay it. Do try the Whistleblower DLC if you get a chance.  Autosave this game for anyone who just enjoys being scared.