ACE Team is probably most known for the unique aesthetics that their games have, as well as the fact that they tend to make some rather unusual games, pretty much unlike anything else you can find in the market. Rock of Ages 2, much like the original one, is no exception to that.

For those that have no clue as to what Rock of Ages is all about, honestly, it’s kind of weird to explain, but the most accurate description would probably be, a boulder racing game with tower defense elements. If that sounds a bit complicated, rest assured, in practice everything is very intuitive and you quickly learn the basics of the game, what you should do and when. The game offers three different modes, Time Trial, Obstacle Course and Game of War.normal? , but, while these modes do change the rules of the game, the premise of it still remains the same across all of them. To keep it simple, the objective in each level is to simply lead your boulder down a track until you eventually reach the enemy’s castle. In the Game of War mode, which is also the mode that’s also played across the campaign levels and the one where the game truly shines, besides having to destroy the enemy’s castle gate, you are also tasked with placing defenses along the track to try and keep the enemy boulder from reaching your castle, or, at the very least, to try deal as much damage to it as possible so that it deals as less damage as it can to your castle gate.

The story mode puts you in the shoes of Atlas, as he tries finds himself on Earth fighting against renowned historically accurate characters, as well as mythological ones. Playing through all the levels on the campaign should take you no more than 6 hours, which I felt to be just right, mainly because the game didn’t extend itself and didn’t become a chore to play. I’d much rather have short game experiences in which the game manages to retain its charm throughout its entirety, and I’m very much glad that that is the case here. Despite its rather short length, as far as single player content goes anyways, for me, it remains the game’s crowning achievement, thanks to its brilliant cinematics and humor, as well as the few special levels in the form of bosses, which are a pretty cool addition. 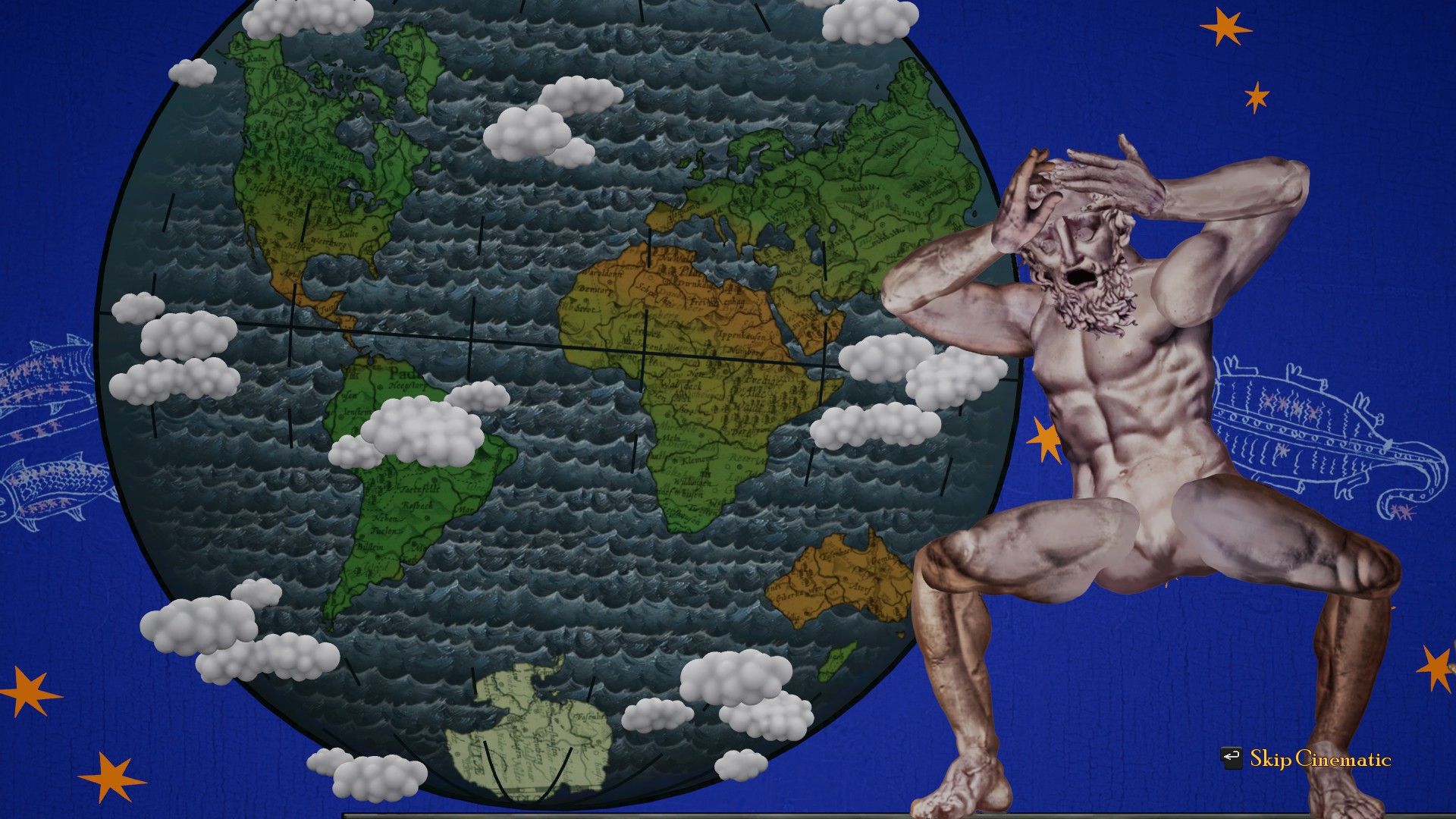 In regards to the other modes, they provide some minor twists to the game’s base formula. For instance, in Time Trial, there are no defenses nor enemies to confront you, with the only goal being to complete the map in as little time as possible and aim for the highest possible spot on the leaderboards. On the other hand, Obstacle Course puts you side by side with your opponent, as you race through a series of obstacles, to see who’s the first to arrive at the castle that sits at the end of the course, with more and more obstacles being placed as each round goes by. These are all modes that can be played with AI or other players, as the game supports two players locally, and up to four players online. As for the online aspect, there’s a slight degree of customization, you can customize the look of your boulder, your flag, as well as your avatar, and the various options you have are unlocked by playing through the campaign.

In terms of gameplay, that’s where the game really shines. There’s a decent amount of different boulders, each with varying degrees of strength, weight, speed, damage, and acceleration. Besides that, some boulders have special abilities, such as the one that’s made out of tar, which stains the field, rendering the tiles onto which you jump on unfit for construction of defenses. There’s also a boulder which is a wheel and is quite fast, but it’s very hard to control. All of them are unique, and some are more suitable for certain playstyles, maps, and modes than others, but, in the end, it’s all up to the player’s approach. As for their differences, they are shown in numerical stats, so it’s pretty easy to compare two different boulders. 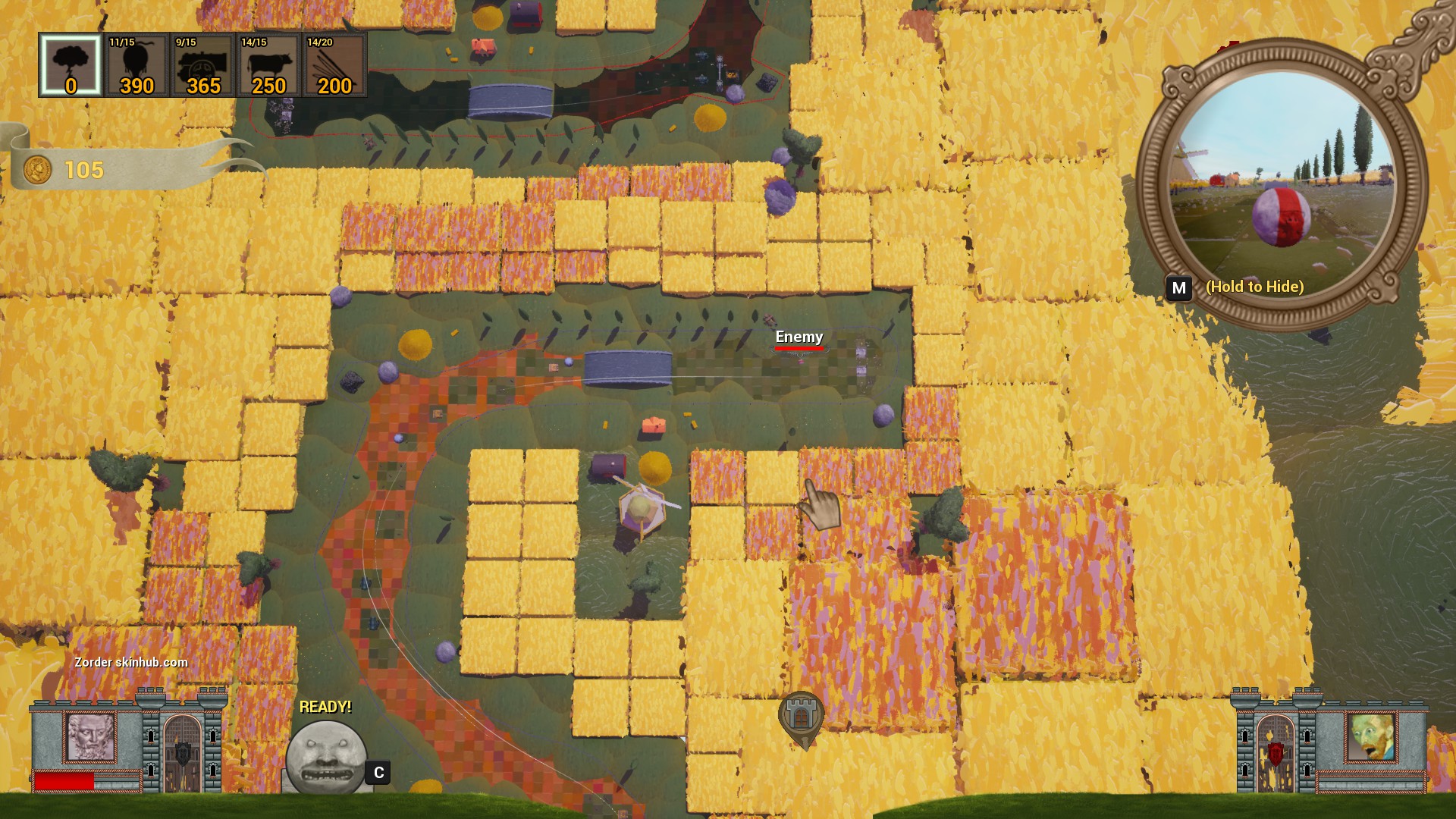 Now, when you’re not rolling down a track at high speed, dodging projectiles and various mythological creatures, you’ll be trying to make the life of your opponent harder. The tracks are composed of sections made out of squares, and these squares account for the size that a specific defense will occupy. Some defenses are bigger than others, with some, such as stone towers, only occupying one square. To add more challenge, once a defense has been destroyed, you can’t build anything on the space that was previously occupied. In order to build defenses, you need gold, gold which you can acquire by building mines at designated spots, or by destroying enemy defenses.

This part of the game feels very much like a tower defense, except with a major distinction, the fact that the enemy doesn’t follow a predetermined path. This makes it imperative that you need to adapt, put yourself in the mind of your opponent, and prioritize choke points and certain defenses combinations in order to slow down the enemy boulder, so that it doesn’t do as much damage when it reaches your castle’s gate. In each level, you can only take with you a limited number of defense types, types which you unlock as you complete more and more levels, so it’s important to come up with key combination that maximize the potential of your defenses. Let’s say, usually a stone wall doesn’t pose much of a threat to a high speed boulder, but if you place cows (yes, cows), right before the wall, that will make them attach to the enemy’s boulder and, most likely, it will be heavier and won’t be able to properly get past the wall, or at least it will lose momentum and a bit of health. Still, there’s plenty of defense types for all matters of tastes, from trebuchets, catapults, cannons, springboards, elephants, amongst a few others. Despite that, the levels are very different from one another in terms of layout and environmental hazards, so there’s quite the incentive to innovate and steer away from only using a specific set of defenses. Not only that but besides the layout of the maps, the background detail of the levels is astonishing, with each of them looking very unique and unlike the rest of them. 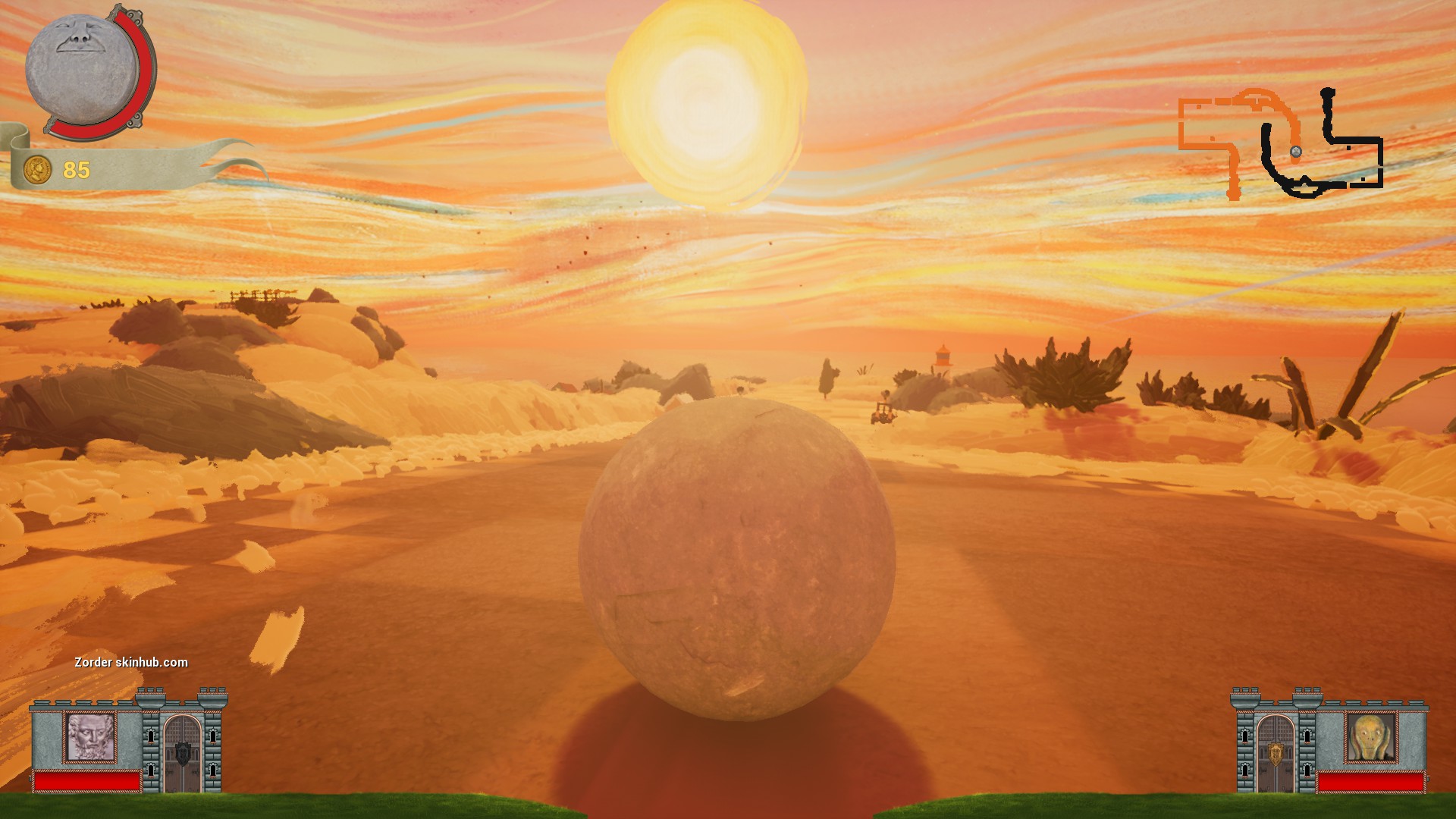 Now, there is one thing that some players might not enjoy in the game, and that’s the fact that it isn’t that difficult, as the AI doesn’t seem to be that good, even on the hardest setting, sometimes it just sits in one spot while it’s being attacked. Still, to be fair, one can see the story mode as an introduction for its multiplayer, which is really fun, and I imagine it to be even more so when playing with friends.

Like with the rest of their games, ACE Team has once again managed to pull off an excellent combination of unique mixture of gameplay mechanics, which I think I’ve never seen on any other game before (apart from the first Rock of Ages), along with an amazing soundtrack and a very distinct art style. This is just another product that shows how much thought and care goes into creating their games, and, over time, I’ve grown increasingly fond of the way that ACE Team’s games look, weird and funny looking, at the same time. In the end, I can’t think of a single reason as to why I shouldn’t recommend this to everyone, it can be both casual fun or challenging, and it’s unlike anything else that you’ve probably played. Do yourself a favor, if you have the time and the money, and check out Rock of Ages 2: Bigger & Boulder.