Original and potentially very interesting puzzle platformer using real programming language to solve puzzles. It’s a shame that 95% of the game is locked behind a firewall.

The game layout here is a familiar platform setup with jumping, shooting and going up and down ladders. The platforming element of the game is not the main focus, but having said that it would be remiss of me not to point out that the platforming would probably get my prize for the worst I’ve ever witnessed. The cack-handed keyboard-only controls are so awkward and ungainly, and the character movement so floaty and unresponsive that at times I found myself literally laughing at my umpteenth attempt to jump a simple gap. It really is that bad. And of course there are no key binding options. 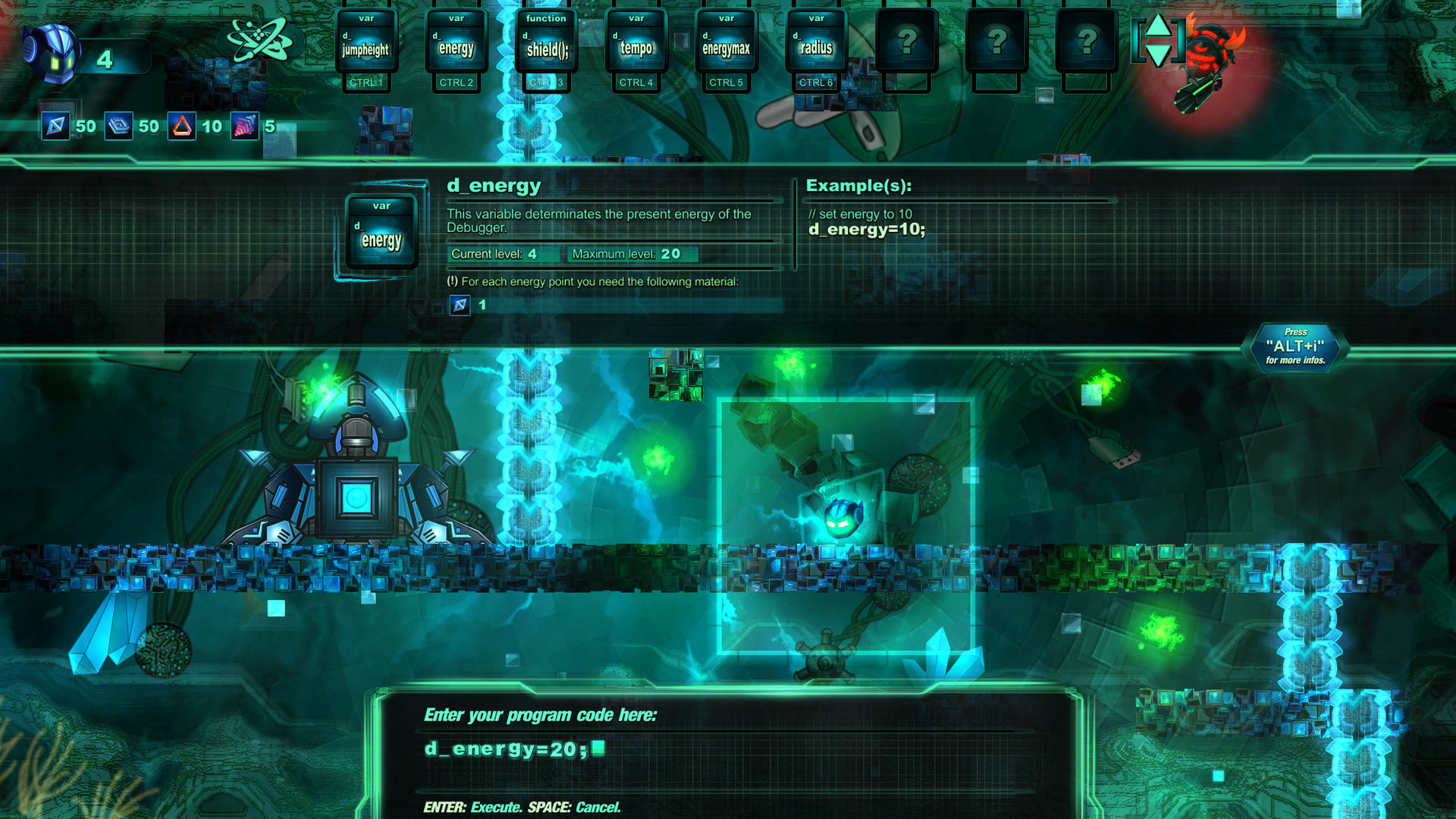 So anyway, the idea is to clear all the levels of bugs, which take physical form as wasps, beetles and the like. Along the way you discover gift boxes that reveal additional commands and powerups you can add to your repertoire. You solve puzzles by typing the programming commands at your disposal, for example block1.x+=1; will move a block one square to the right. These commands become more complex and numerous of course, and even early on you have to string multiple commands together to create a solution. 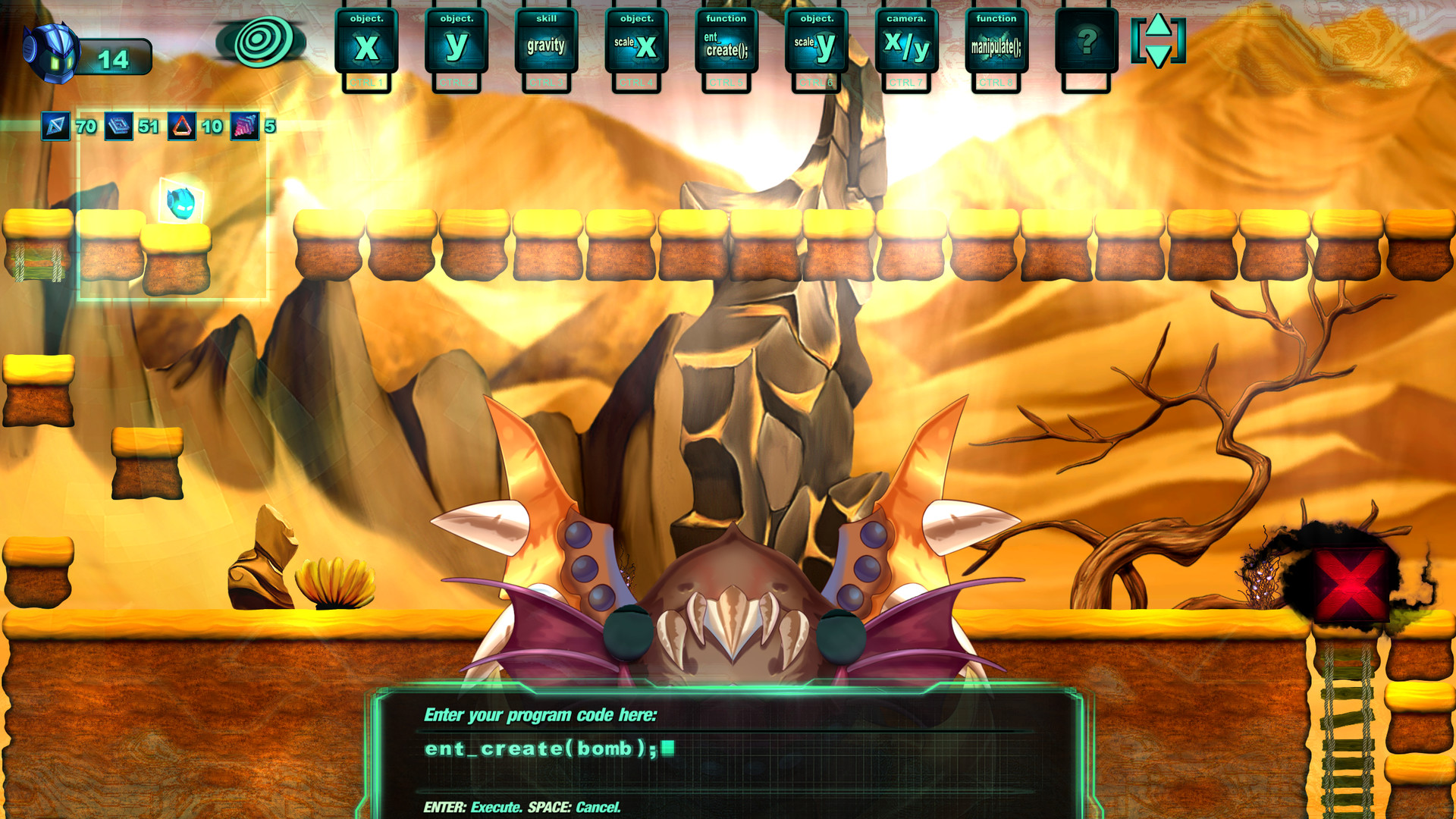 Graphics are crisp, colourful and pleasant with nice glowing things everywhere, as you would expect. I haven’t actually seen most of it in-game but you can see the screenshots for yourself and I’m sure you’ll agree there can be no complaints. The music is not terrible but after a while it did become annoying and repetitive enough for me to switch it off. 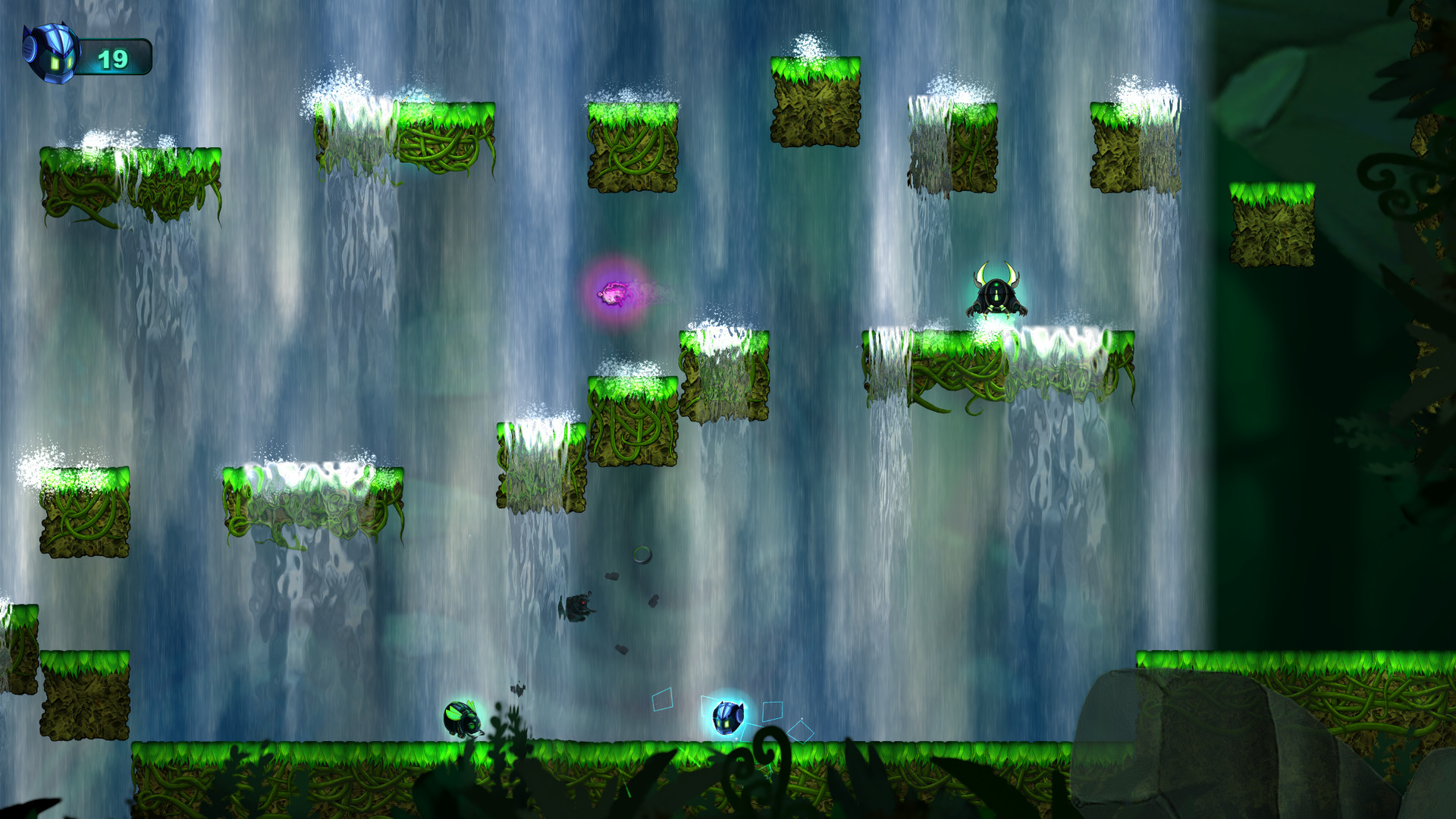 Herein lies the main problem with this game. The first ten or so levels, including the first boss, are all hunky dory. I made good progress and got into the swing of typing the commands to move my blocks into position to create clever solutions. However, shortly after that I hit a brick wall.

I’m a veteran of many puzzle games so I’m no slouch, but there is no escape and no hints or guidance available to progress any further. I always check YouTube in these situations to get me past a problem holding me up, but guess what, nobody else has got any further than this either. Look at the global achievements – First Boss no problem, rest of it hardly anyone. The game reports that this is at 5% completion. Five percent! My final recourse would be to seek help from the developer but sorry, life is too short, I’ve had enough. If the game itself has no way to help me with difficult situations then it’s a fault of the game.

This game has received positive reviews on the whole, but if you look closely you’ll see that none of them have enough time played to get any further than I have. 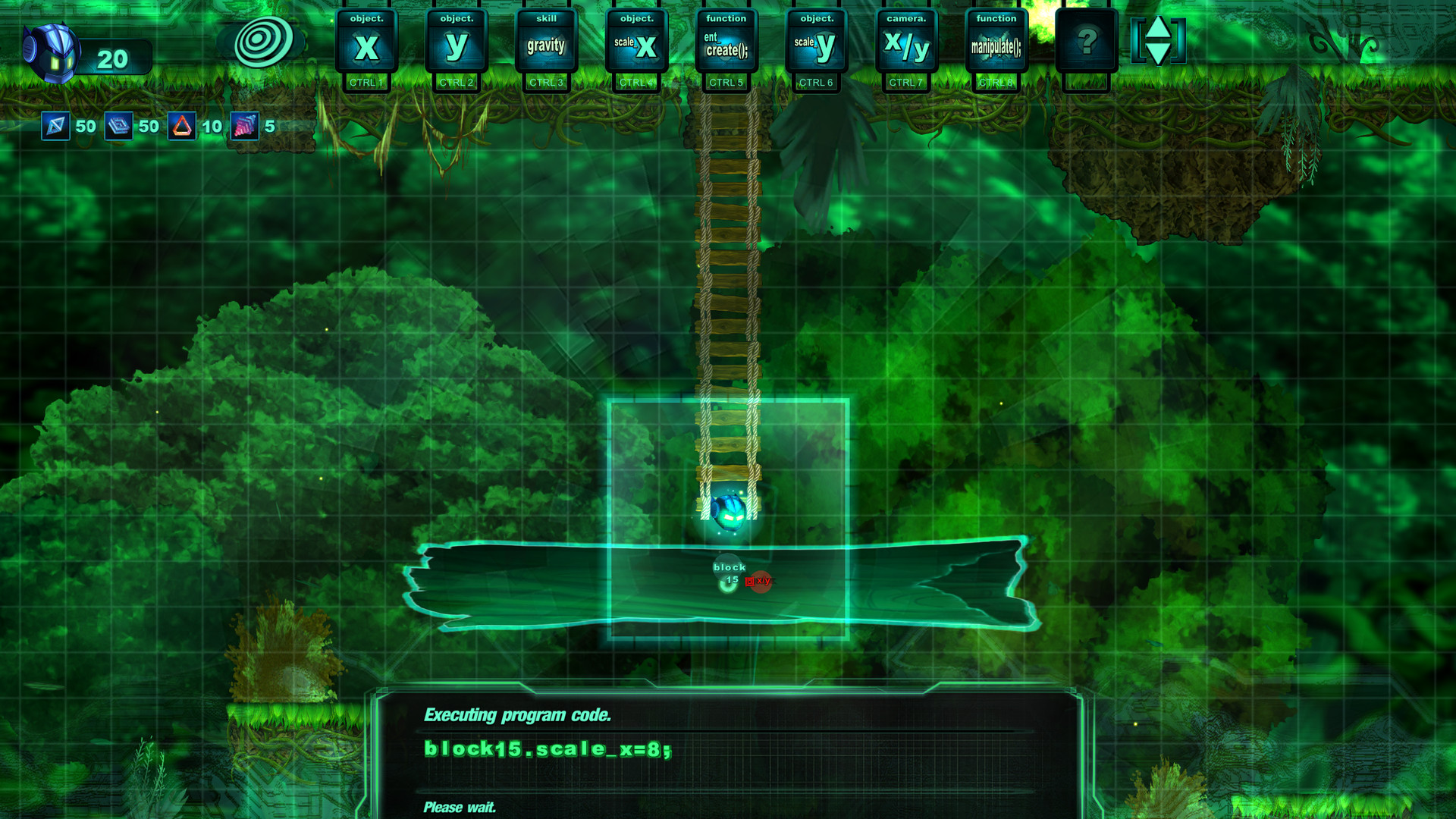 If the 5% I’ve played is anything to go by, I think the game will be good value if all of it can be played.

The store page screenshots show what looks like a great game with all kinds of colourful level challenges and fancy programming commands, but I can only write about what I see. If you buy this game at this stage of its development I daresay you’ll be in the same boat as I am so I can’t recommend it at time of writing. However, it’s important to note that this is still in Early Access, and I will say that it does have the potential to be an innovative, clever puzzler if the issues can be ironed out.

The best feature of this game is that, unlike many other so-called ‘hacking’ and ‘coding’ games that contain nothing of the sort, here you will learn real programming skills while having fun, and that surely deserves some kudos. 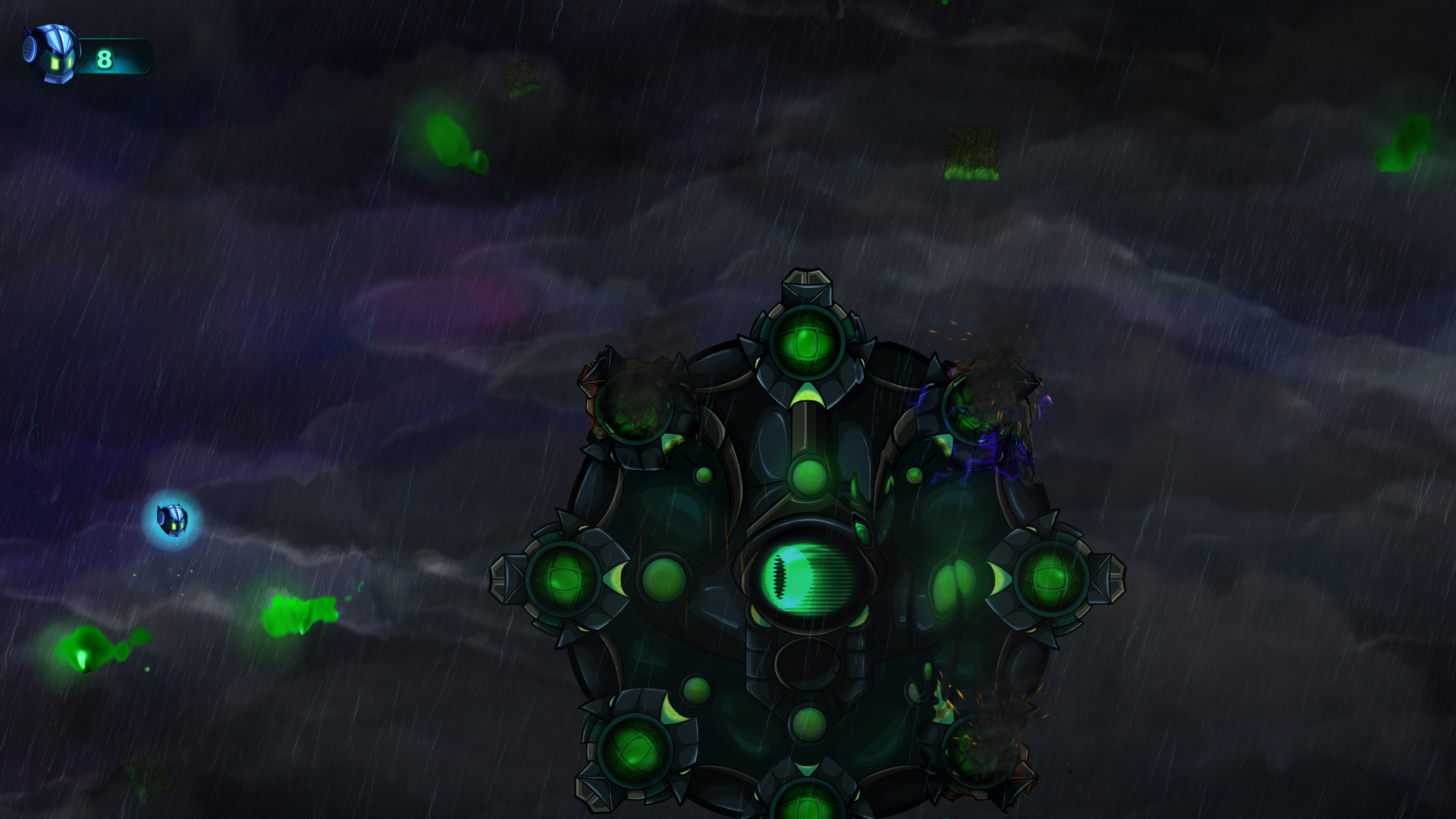