The main Story Mode here is a series of short fights strung together by long cutscenes and story dialogs voiced by the various characters involved. The cutscenes and story content seem to last longer than the actual gameplay much of the time but don’t worry, when you replay you can hold LB to fast-forward the cutscenes. They are totally awesome though. The sharp, detailed artwork pans around in 3D as the characters talk to you about the mission, then the scene seamlessly blends into 2D, your plane settles in its firing position and off you go. 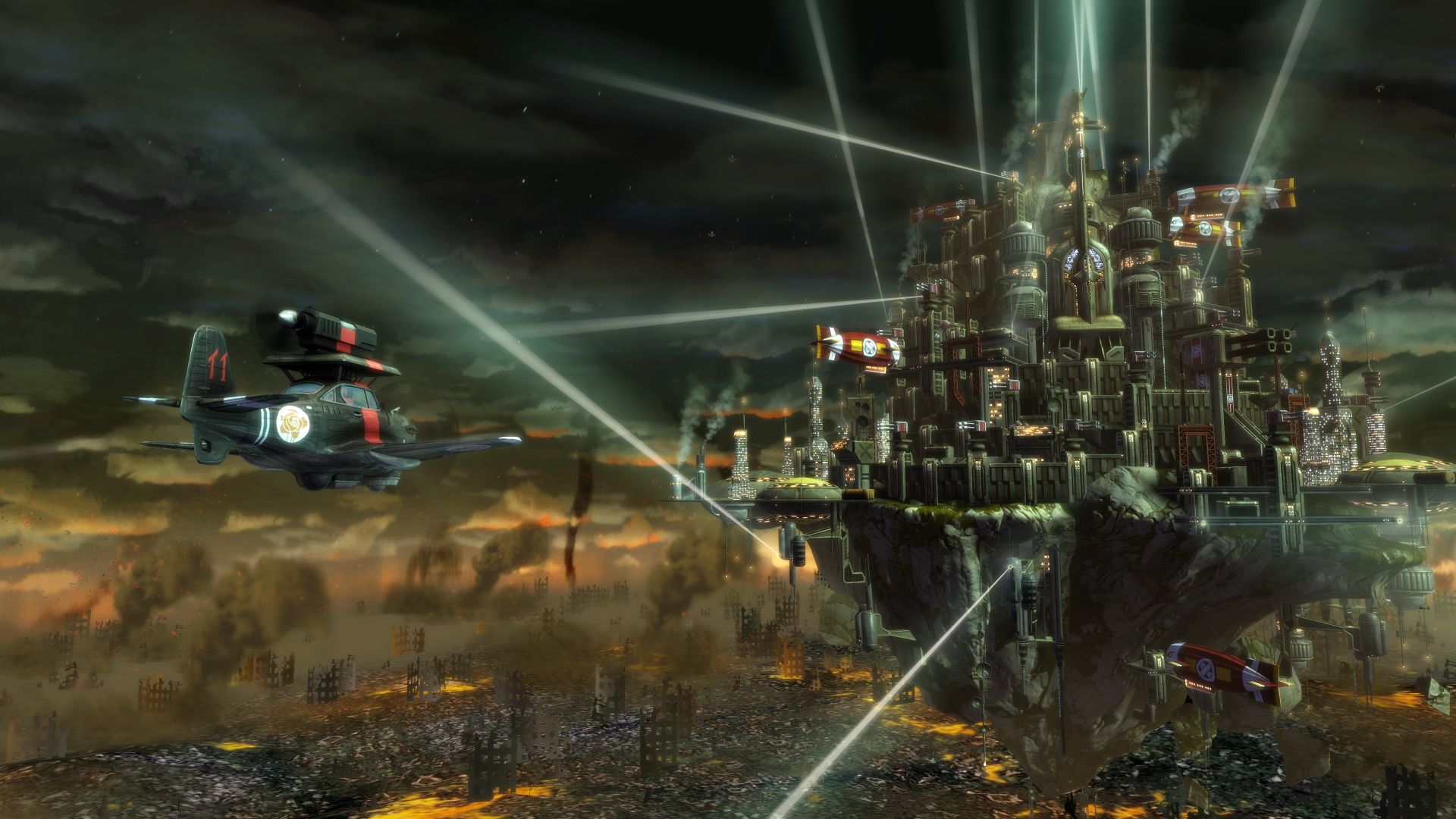 You control various designs of WW2 style propellor planes but your enemies are highly advanced mechanical aliens with fabulous tentacles and so forth. As you shoot to the right and try to dodge incoming bullets, colourful powerup beads drift past and you have to try and catch them before they disappear off to the left. When you get blasted or hit an obstacle, instead of losing health your powerup beads are released and your firepower diminishes to a trickle until you frantically pick up your lost beads – they bounce off the edges a couple of times before they disappear so you usually have time to recover most of them.

There’s a sort of points system where you’re awarded ‘coins’ for completing stages. When you die(I think that happens when you run out of firepower but I’m not sure) you can use these coins to respawn and try again. When you finally run out of coins it’s Game Over and you have your final score. In this case you don’t necessarily have to start again from the beginning, you can start at the beginning of any of the 7 chapters you’ve completed. 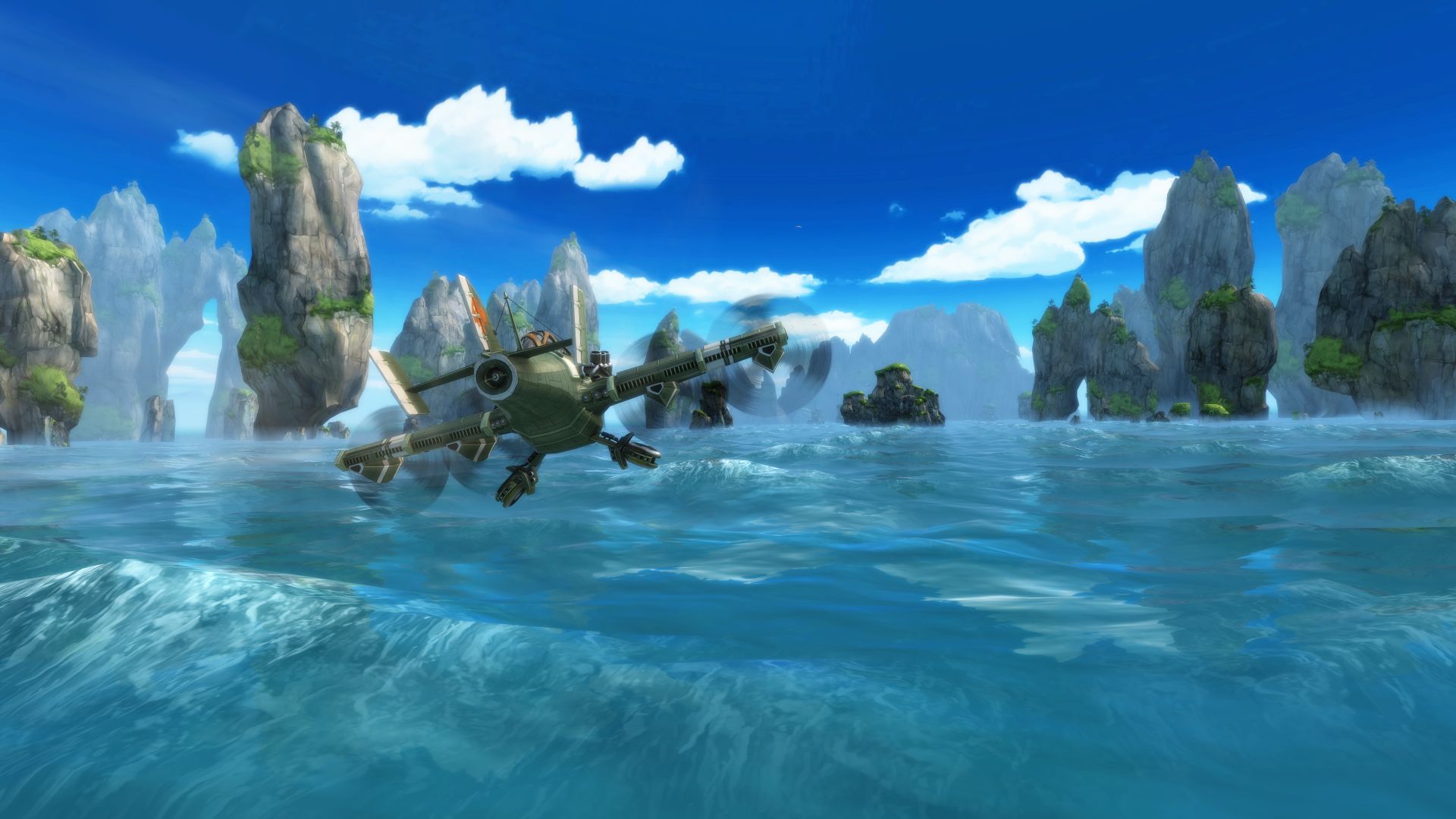 They’ve certainly squeezed every last drop of replay value out of the available content: Arcade Mode lets you choose any type of plane in any colour to suit your mood; Score Attack invites you to repeat each story chapter and try to improve your scores on each one; Boss Training lists each of the game’s bosses for you to beat up over and over again; Challenge sets you a series of standalone tasks that are not present in the main story mode, such as dodging mines; Versus is a multiplayer mode where you get to shoot each other. 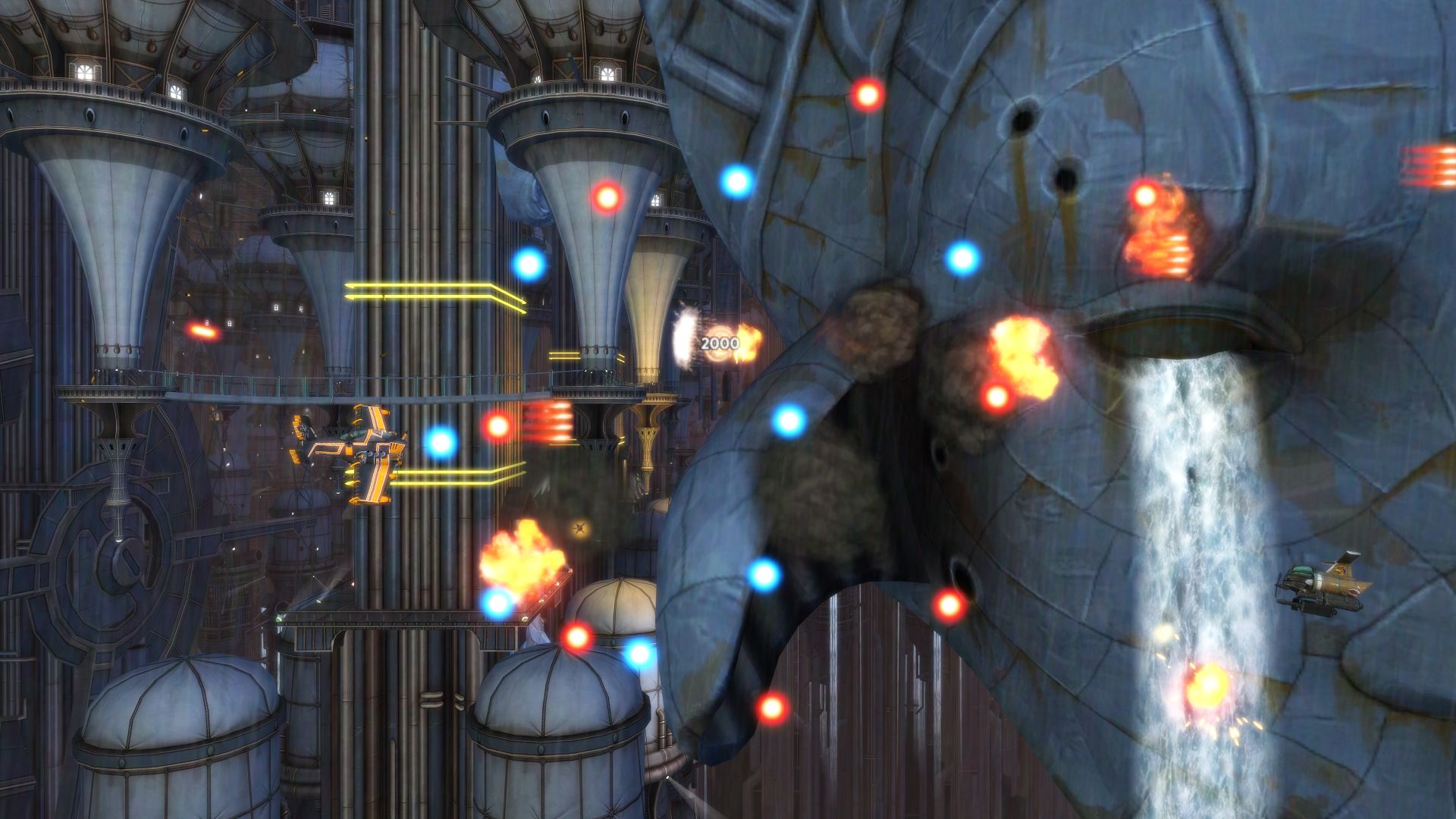 Most of the negative criticism of this game centres around the poor hitboxes and sluggish responsiveness. These people make fair points, but they are clearly young, ‘serious’ players of modern shooter games with high expectations and the reflexes of a housefly.

I used to play this type of game in my youth, on the big arcade machines, and this is exactly what they were like. It brings back all the nostalgia and schoolboy excitement but with modern glitzy graphics and sounds. I’m definitely what you would describe as a ‘casual’ player here, and I love having all the graphics and story with small doses of shooting in between. I’m not on the edge of my chair yelling at the screen in frustration, just enjoying the experience with all the colourful symmetric bullet patterns flying all over the place. 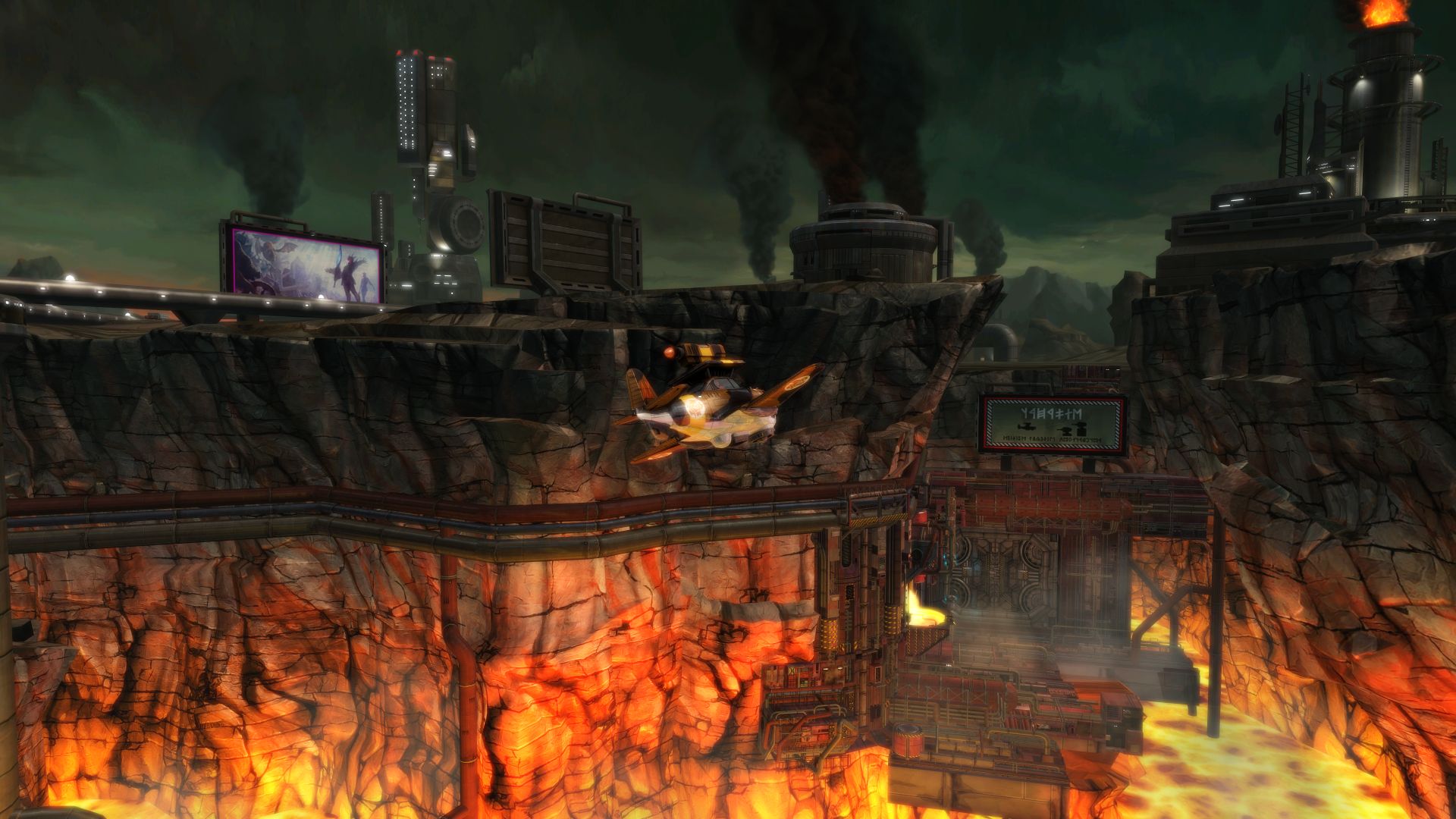 The voice acting is great but, be warned, the characters use very strong language, I’m talking drunken-sailor level swearing and references to rape. Is this really necessary, I ask myself. This is just the type of game that would appeal to kids with all the colourful stuff flying around the screen, but unfortunately you can’t even disable the sound for the kids because the effing and blinding is still there, in all its glory, on the subtitle boxes.

I’ve only played story mode on easy setting so far, and even then I started to struggle on chapter 3 (of 7). There’s hard mode and I can’t even imagine what that must be like! So yea, I suppose I’m contradicting myself having said it’s for casual players. I don’t know. I’m confused. Suffice to say that I keep dying but I don’t care. 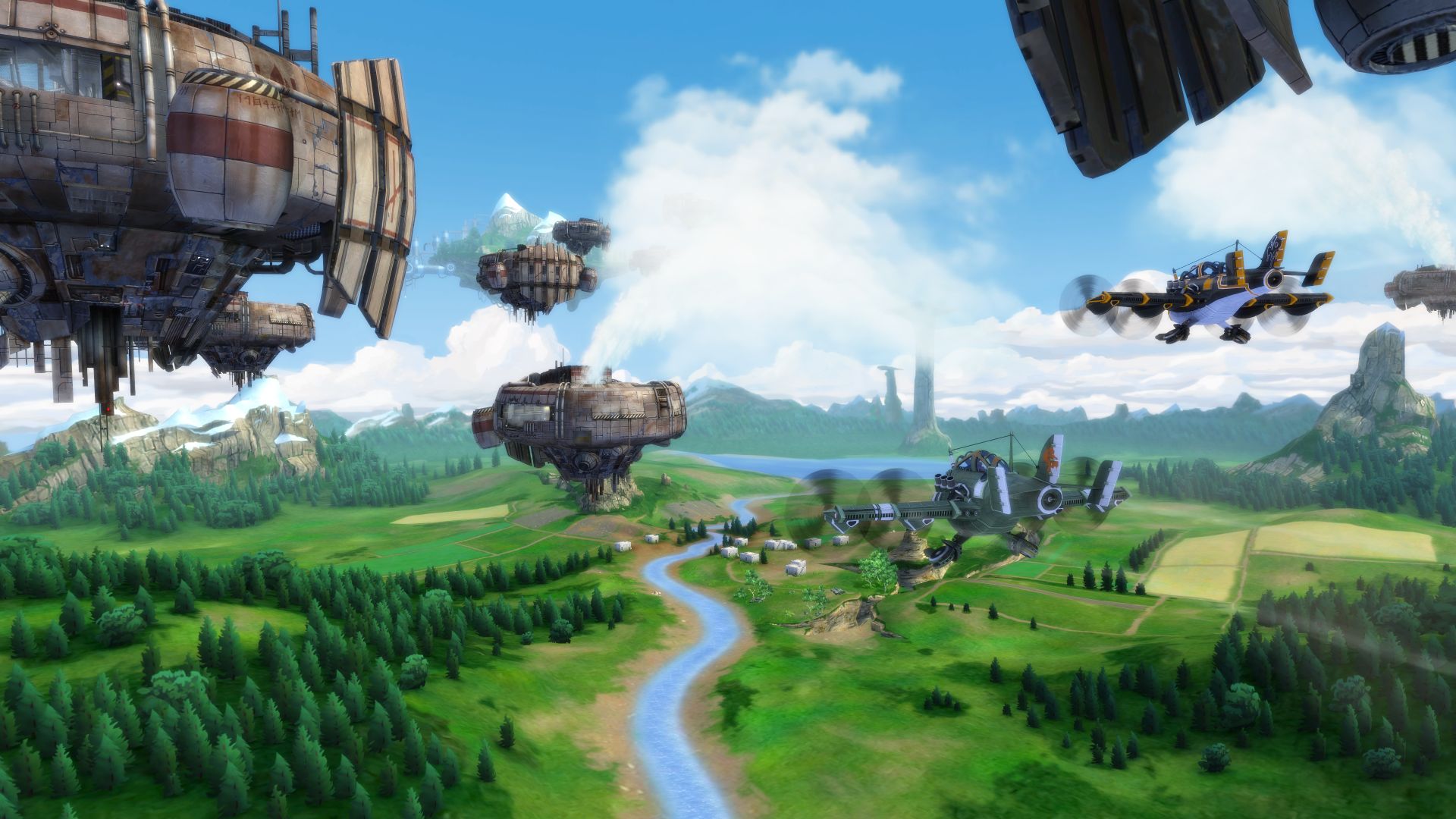 12 achievements which seem to be extremely hard to get judging by the global stats, and are represented very nicely in-game. I have zero and not expecting to improve that count any time soon. Trading Cards, Cloud and Leaderboards all supported but sadly no Linux.

From my perspective I’d say it’s well worth full price, for the production value and generally slick presentation. I’m no shooter expert though, so I don’t know how it holds up gameplay-wise against the many other titles in this genre. You’ll have to work that out for yourself. 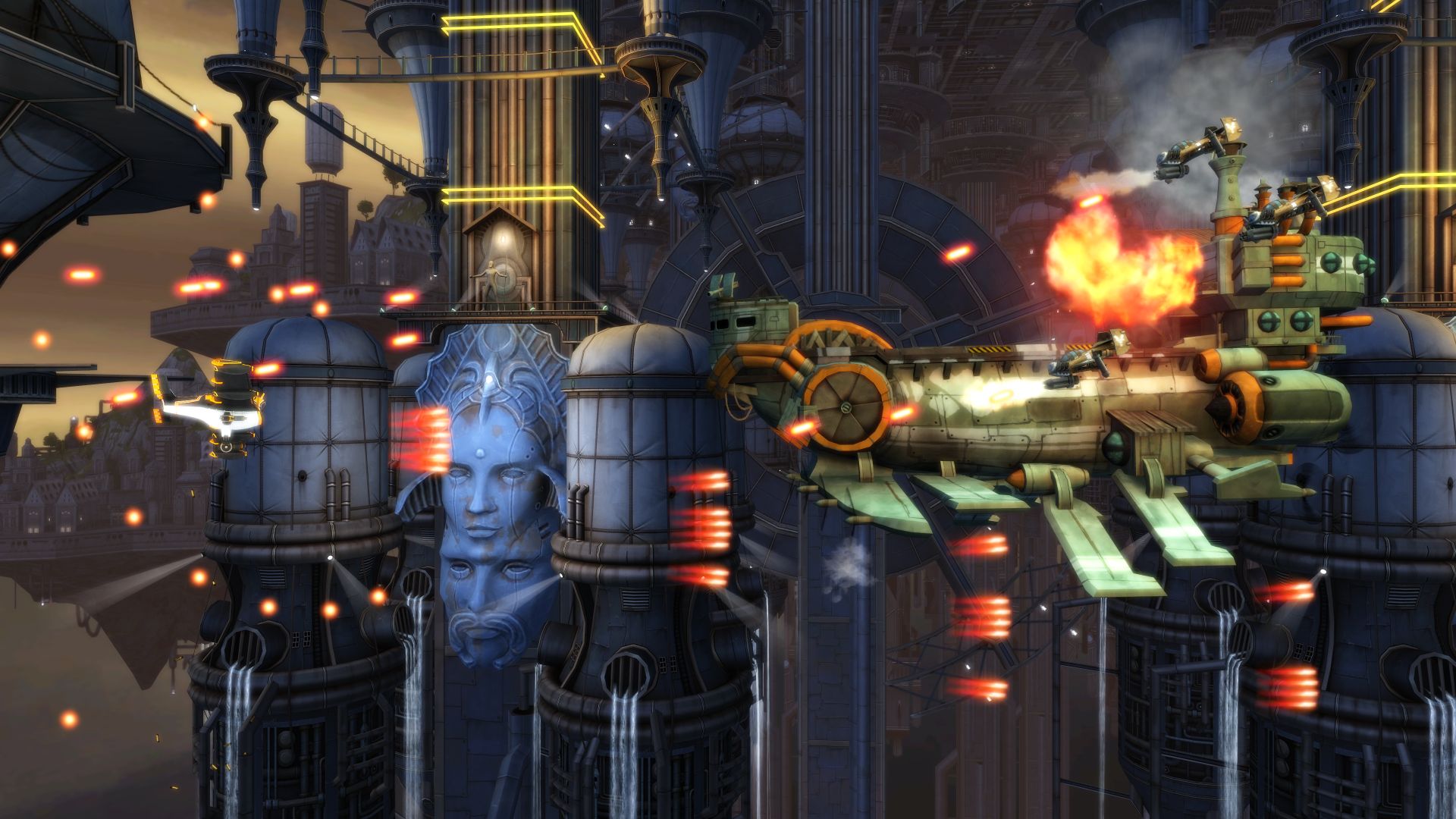 This game has its haters but I love it. It’s not something I’ll be spending long sessions with, but it’s perfect for dipping in and out of when I’m in the mood for a bit of fun and eye candy.

It’s fair to say that there are some inconsistencies and annoyances, for example walls camouflaged against the background so you crash into them accidentally, so if you’re a purist shooter expert this may not be for you. 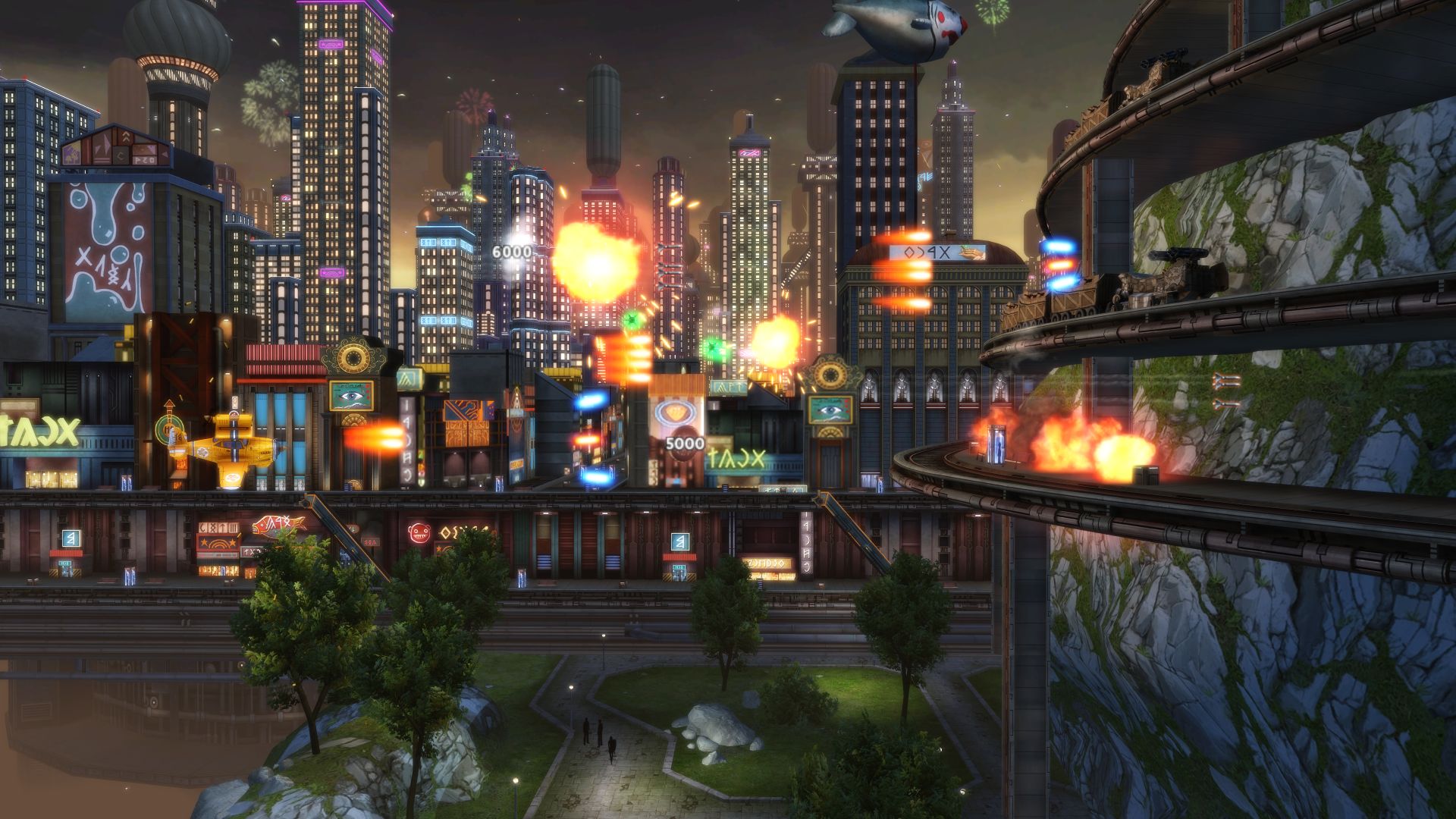