It’s decent enough, but it’s no Forced: SHOWDOWN or Hand of Fate

Ever bought a “value” product from a supermarket such as Cola, and after the first sip come to the slow and depressing realisation that you know exactly what you’re drinking, that it’s an inferior product, and that for a little bit more you could have, and almost certainly should have, bought the real thing?

Pylon: Rogue is another entry into perhaps a market that needs more games like it, what I would call MOBA-Roguelikes, where you control a character that has a specific set of skills and gets a limited set of loot which can modify their abilities along with perks/debuffs and the intent is to use your skills as their cooldowns elapse (generally with directional restrictions, making them “skill-shots”) and through efficient use of your skills and basic attacks, you’re able to take out forces much, much larger than your singular self. One of the most notable and still perhaps one of the best entries to roll through this genre as of late would be Hand of Fate, something I feel most players of roguelikes will have come across by now, a stylishly presented game where good management of your skills and abilities combined with careful threat management mean you can keep on top of much more powerful forces. This is married to a fantastic metagame where you play out the larger narrative using a deck of cards against a masked foe who taunts you mercilessly.

Forced : SHOWDOWN is perhaps a better comparison yet, it takes on the form of a game show where you have a small roster of heroes with fixed abilities and you can equip them with upgrades as you work through a discrete set of “rooms” towards a boss at the end of those rooms, gaining power and capability as you work your way up the ladder. The similarities between Pylon: Rogue and this game run almost uncannily deep save for the fact in this game you have a shop where you can buy items from between levels and in Showdown you gain power in each dungeon through the use of a configured deck which you can adjust and improve. The difference between the two games is in the execution, Showdown keeps you on your toes and ensures that you are pushed to the edge of your comfort zone by keeping arenas full of mobs which steadily increase in threat and risk and by forcing you to deal with conditions which are not favourable to you, along with well balanced and constricted areas that force you to stay mobile lest your health takes a dive. 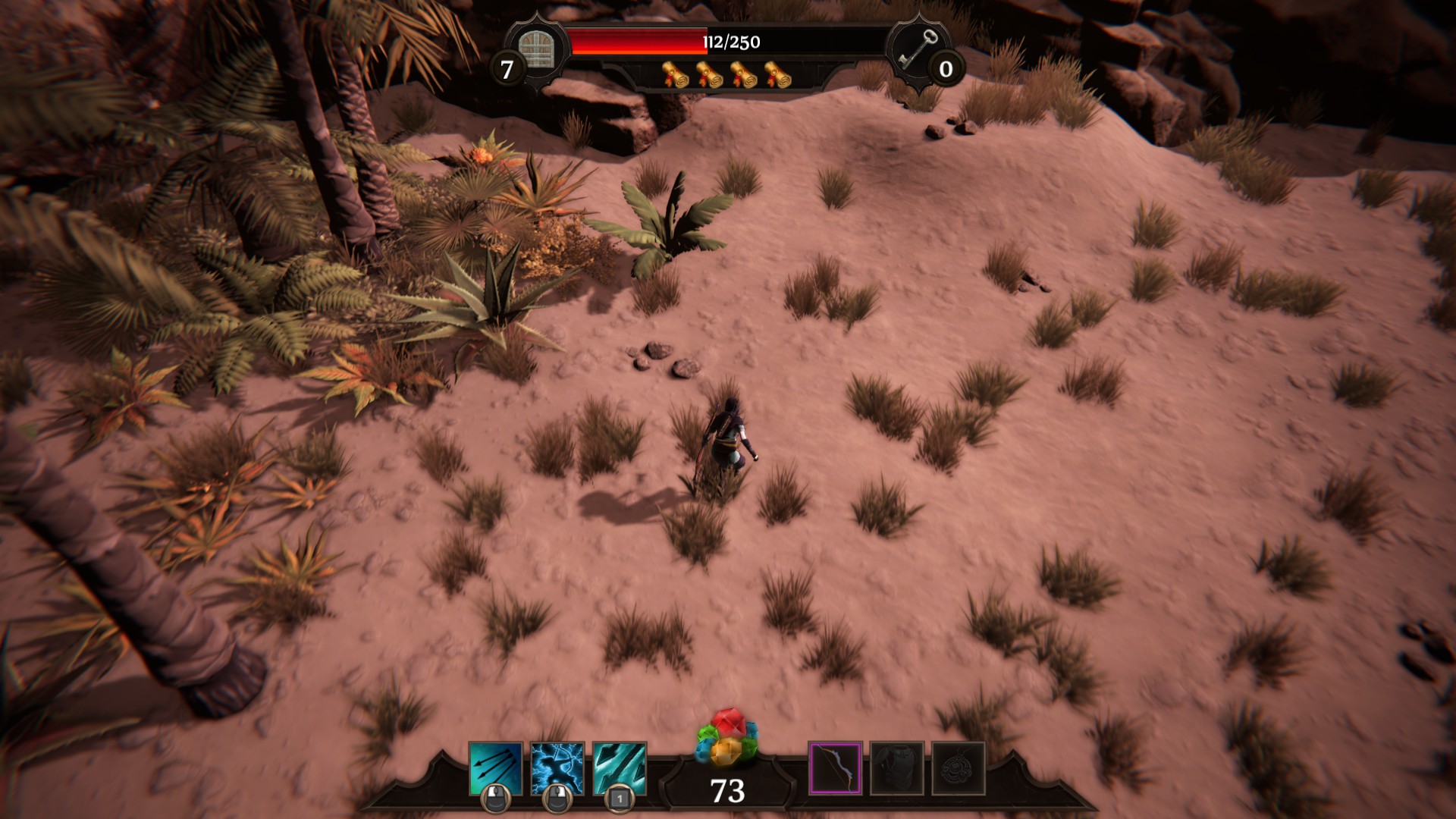 Pylon is made from the same mould and recipe as Showdown, but the ingredients feel like they were sourced from cheaper suppliers. The arena maps are inconsistent and range between vast maps with armies of mobs that become wars of attrition to four (yes I counted) enemy rooms that make you wonder “Is that it?”, the skills you have are fewer in number and the more imaginative skills are locked with the use of “skill scrolls” which means you can’t use them often if at all (a timed cooldown would have been much wiser). The enemies tend to fall firmly on the melee side of the scale (which is expected since most of the heroes are melee by default and you don’t want the player rushing around after them), but, even then, the combat feels a little light and floaty in comparison to the meaty whacks and thumps that made up the rhythm of Showdown‘s melee combat. 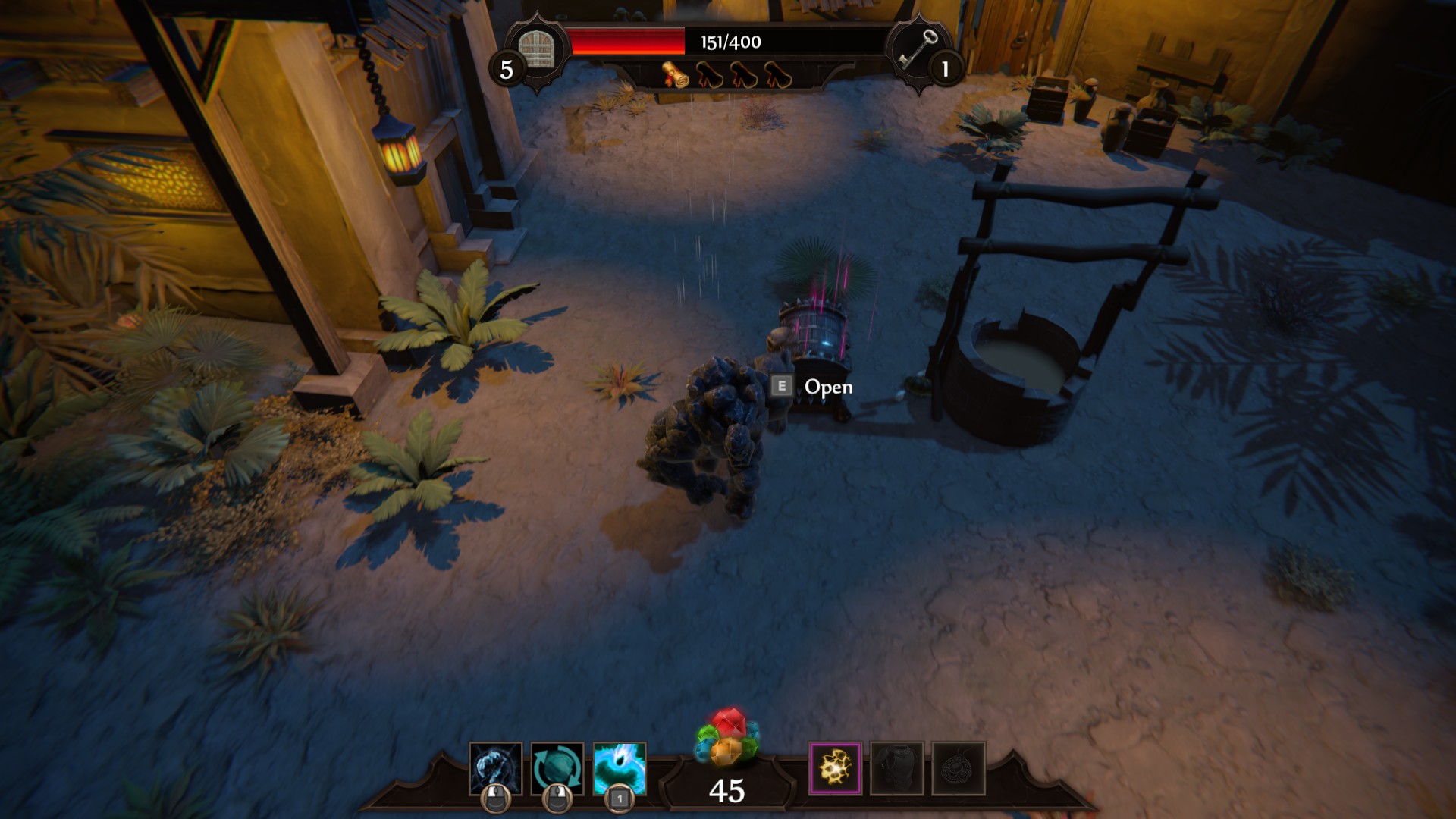 Even the enemy mobs feel a little disjointed, with some being really dangerous and others being practically nothing more than room decor. There’s a sense of unevenness that remains impossible to avoid and that even extends to the shop you can access at any point, with health refills sapping your currency at an alarming rate, and health drops in short supply, the game can wear you down through health attrition faster than you think, leaving you having to choose between keeping your health out of the critical zone and investing in those much-needed upgrades that will keep you fighting a little longer.

It’s a shame because it is a good looking game overall, the devs did a decent job with the presentation, and whilst the sound effects are very much the “value” brand end of the scale, the music is actually somewhat decent, and the heroes, trinkets, and commentary all have some humour to them. There’s love that’s been put into this game and it irritates me that they could have made this so much better if only they’d put this game through a balance pass and actually spent more time on the map design.

Verdict: On a sale, and if you liked Forced: Showdown or Hand of Fate and you crave more of the same, you might get mileage from this. If you do not own either of those, get them first, this should not be your first choice I’m afraid.