This is a first-person walking sim where you have to find your way around a seemingly abandoned prison complex searching for clues to trigger cutscenes and reveal the next portion of the game. If you’re familiar with this genre it will hold no surprises for you, it’s pretty standard stuff.

The main feature of the game is that much of the environment is hidden in darkness, but there are boxes of matches festooned all over the place that you can pick up, store in your match inventory and use to illuminate the blackness for ten seconds at a time. I guess this is a variation on the torch you often find in games like this to supposedly create a spooky atmosphere.

There’s a storyline revealed by scraps of paper you find around the place with cryptic handwritten notes on them. I’ll avoid any spoilers but the self-character talks to himself and wonders whether this is a dream or reality. I have to say I did enjoy the ending of the game when the story finale was revealed, it was above average in my experience.

Erm, that pretty much describes the entire game really. It’s short, I would guess it could be speedrun in an hour or two. 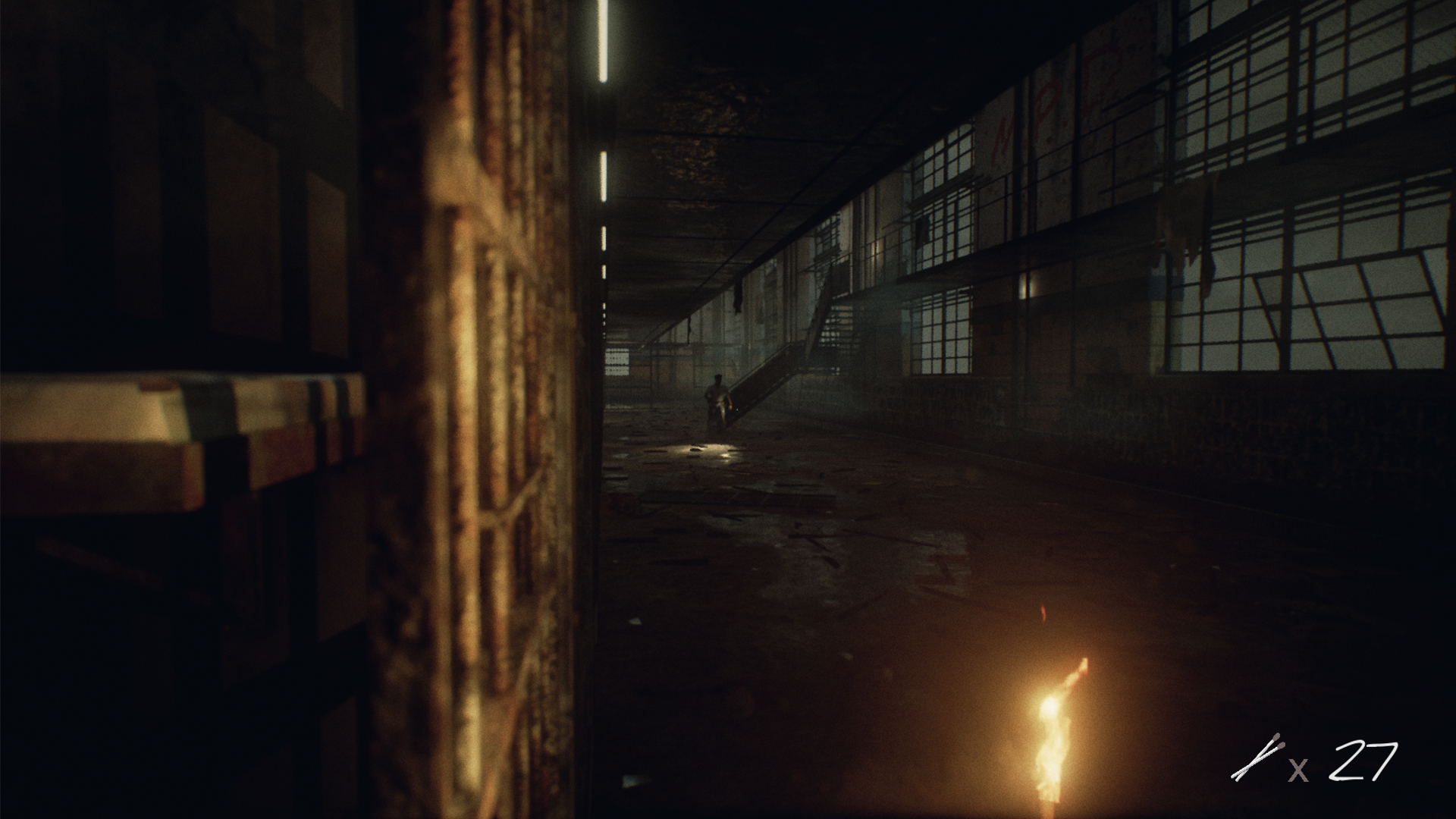 I’ve seen what Unreal Engine 4 is capable of, and I’m afraid this is not it. The graphics here are low definition, unimaginative and repetitive. The items you can interact with – apart from the main cutscene-triggering items – are:

a) Endless plain books – mostly bibles, occasional scientific or satanism – which you can’t even open, you just look at the title and put them down again.

b) Scraps of paper with handwritten notes.

c) A small number of assorted random objects that serve no purpose whatsoever.

One example of c) that sticks in my mind was a cube shaped ornament on a side table in a prison cell. I picked it up and wondered what to do with it – was it part of a puzzle? Would I need to keep it with me for later? No, it just existed there for no apparent reason. It might as well have been a frog, a stick of dynamite or a custard trifle. Utterly pointless. It didn’t even look nice. In retrospect I’ve come to the conclusion that the developer must enjoy browsing asset store catalogs and when he sees something that takes his fancy he chucks it into his game somewhere, like a home-made soup containing whatever is in the cupboard, whether it’s appropriate or not. Anyway, this list is not just examples of what’s available, it covers everything in the game. There’s nothing to see here… in many cases quite literally, until you light a match. And then there’s still nothing.

There’s no music, just the usual ‘spooky’ noises droning away in the background, the heavy-breathing of the character, and the odd random jump scare, because why not. 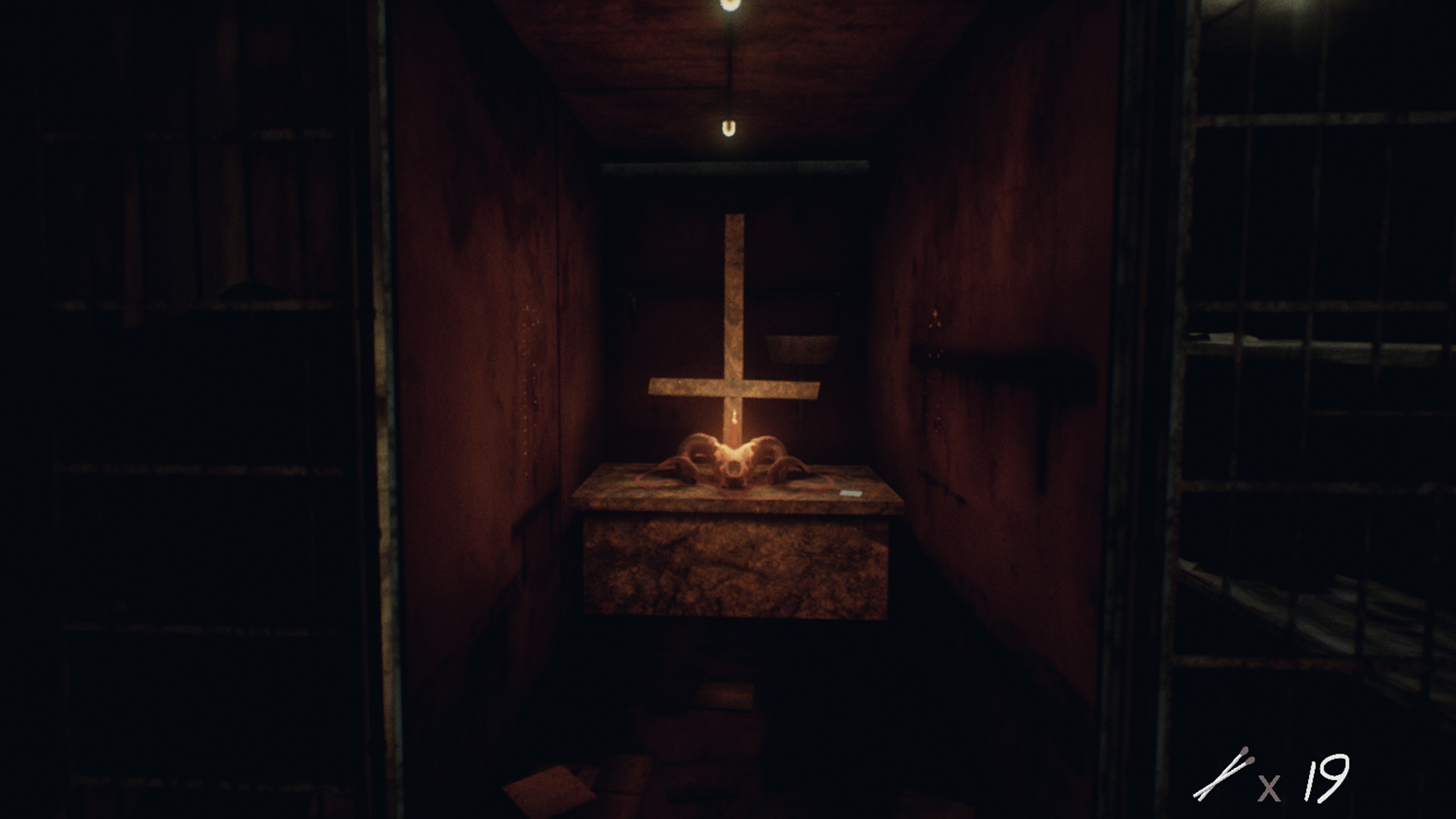 There are three puzzles that I can remember. There may have been a few others so dull that I can’t even remember them, but certainly no more than half a dozen or so. They are all extremely obvious. I did enjoy the one that had to be accomplished in an anti-gravity room, floating around like a spaceman. That’s probably the only memory I’ll take away from this.

12 achievements – I got 10 of them by completing the game, and I suspect at least one of the others should have popped but didn’t. Too early to say whether or not there will be Trading cards. No Steam Cloud mentioned, and no Linux. 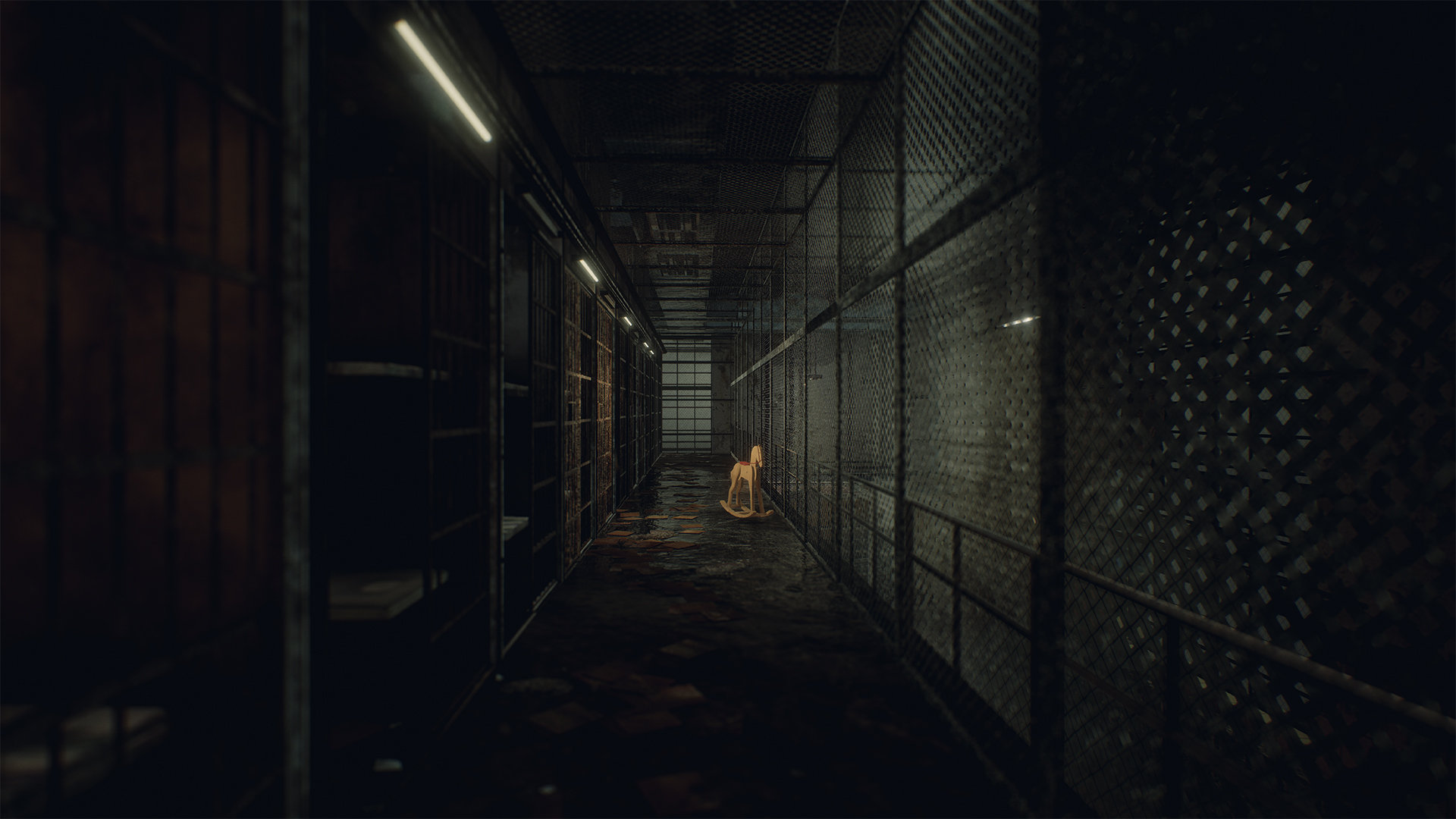 You might be attracted by the price because it’s relatively low for this genre. However, that doesn’t make it good value. It’s very short, very sparse content-wise and has zero replay value. I would advise you to save a little more cash and spend it on a higher quality/quantity game in this genre such as Conarium (this is what UE4 can do!) or The Land Of Pain (only $2 more). Or you could wait and get this in a 50% sale and I think you’d be satisfied. 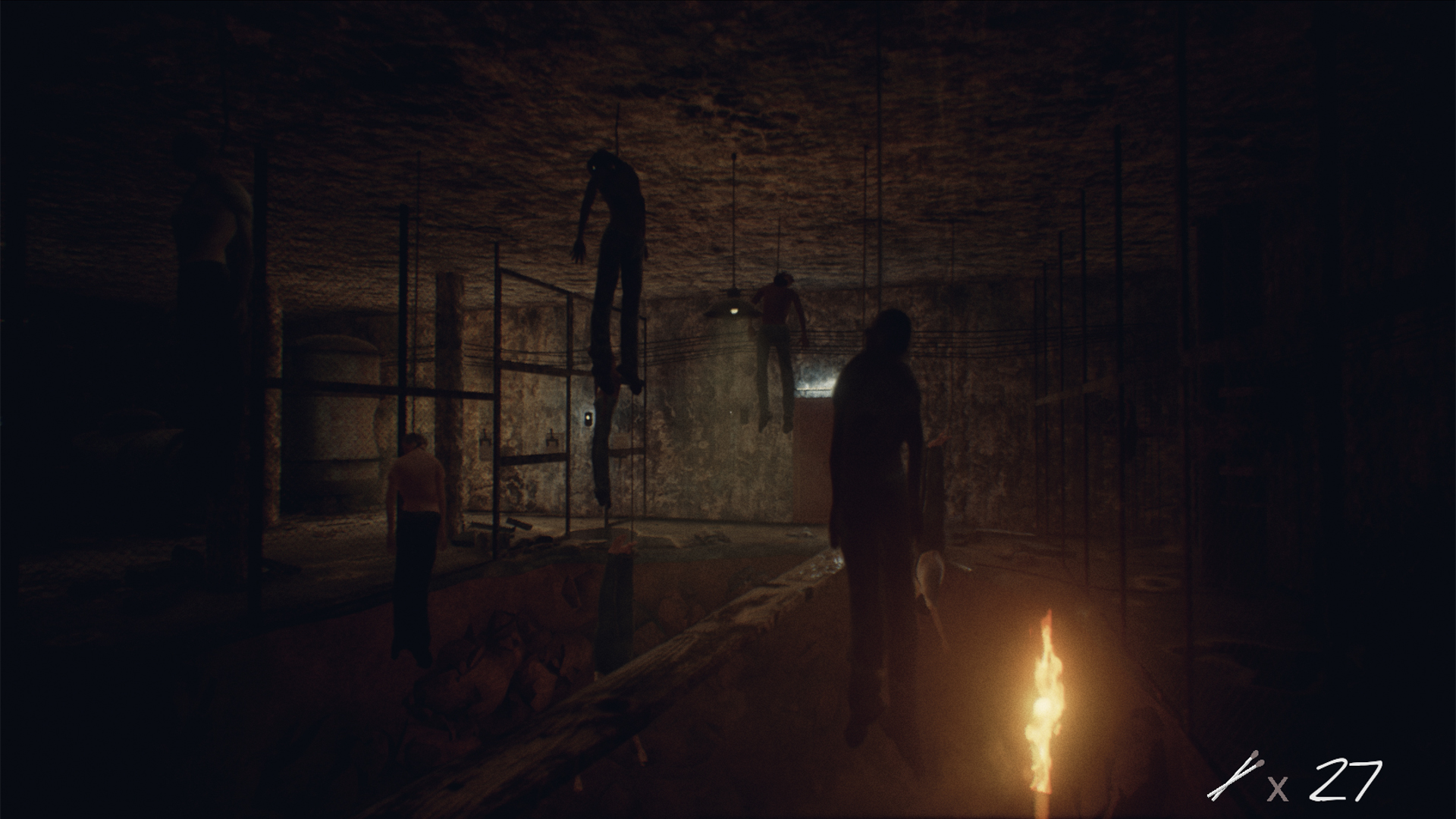 It’s a competent game, nothing particularly wrong with it but nothing special either. It’s just like many others of its kind in this crowded market, it doesn’t bring anything new or unique to the table and the content is bare bones. If you’re really into this type of game then it will be exactly what you expect, and will give you a couple of hours’ entertainment. It certainly won’t be gracing anyone’s favourites categories though. 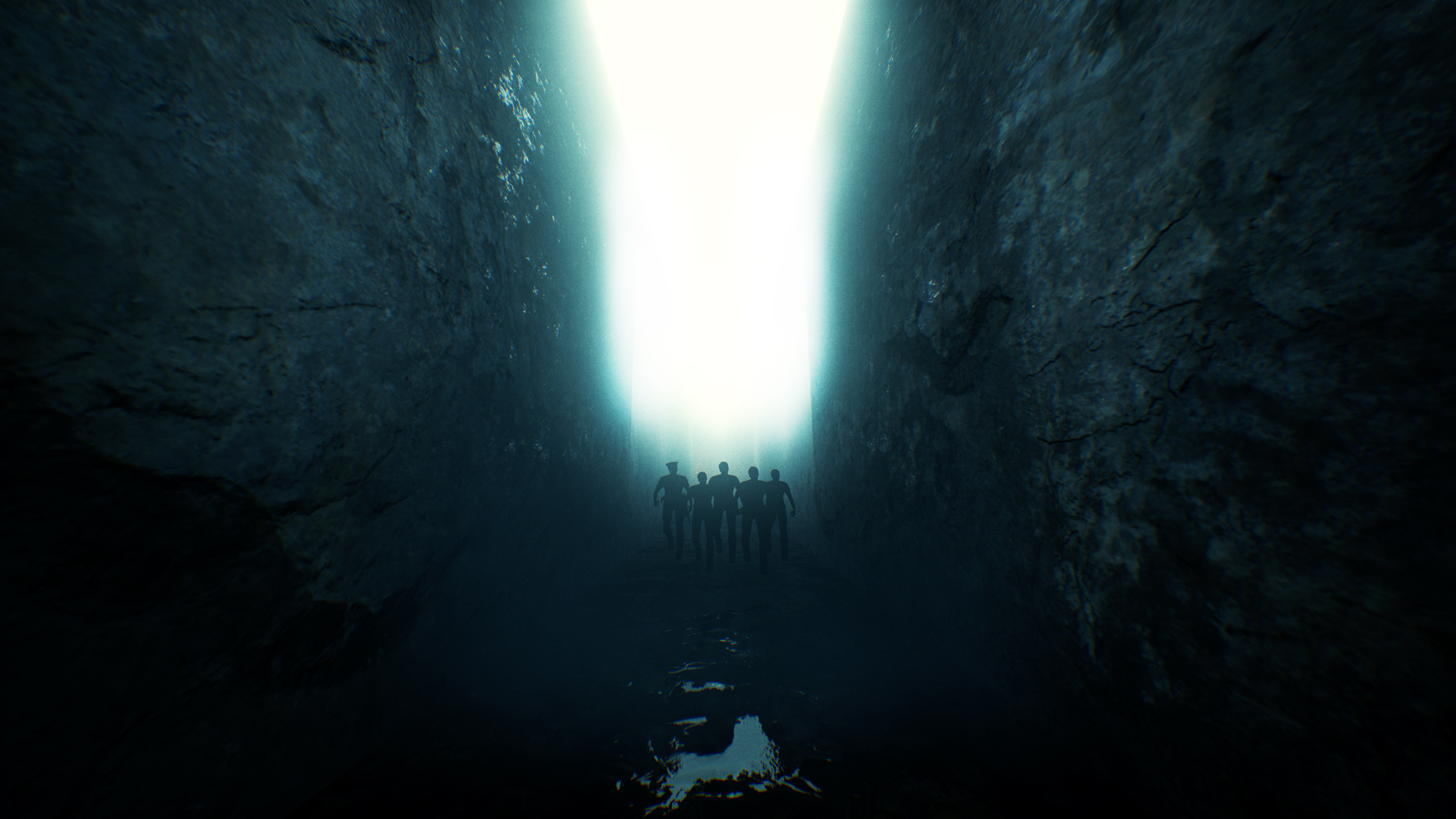