REVIEW: Regalia – Of Men And Monarchs

Interesting, but not quite in the way everyone would wish. Regalia – Of Men and Monarchs serves up a hybrid of two game types in one, a very serviceable turn-based strategy element that riffs off of Square Enix’s Final Fantasy Tactics series, and an empire management that feels a little like a life management sim. It’s an odd dish, so read on for details…

Where do I start, Where do I begin… (with all the references perhaps?)

This game is odd. Odd in ways I’m having trouble getting my head around. It wants to be a lot of things all at once, and it performs some of these a lot more competently than others, but I can’t fault it for trying to be damn near everything at once. It’s a tactical turn based RPG, very much in the vein of Final Fantasy Tactics, this bit it does well, really well, though if you’re competent or a veteran of the FFT series, you’ll easily be capable of beating (and at least nailing one, if not both challenges in) each battle. If it were predominantly an FFT game, and hung the story around that with a hub city you went back to and the story developed around that, I’d likely give this a save recommendation, because the tactical side really is well designed. 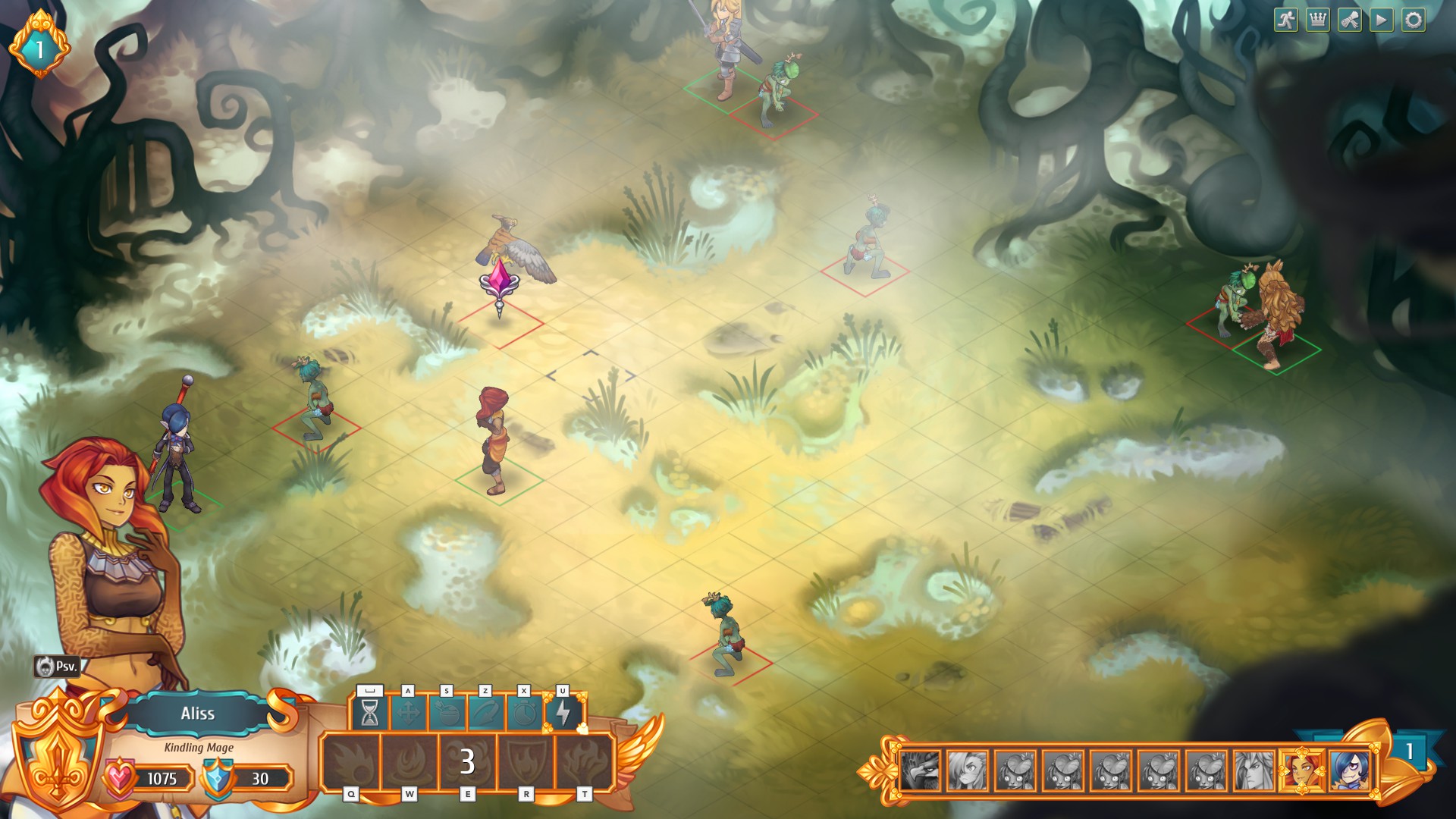 Where things get a little more… experimental, and trust me when I say that despite having an impressive command over Her Majesty’s English, I’m failing to come up with really solid descriptions for what’s going on in front of me, is where you have to run, manage and grow an empire, which involves a city building element, a diplomatic element, a friendship growth element, a fishing minigame which you may need to utilise to get hold of currency for upgrades to your town, a crafting element, and quests that can be invoked by any of the (and there’s now a long, long list of) various characters that take up residence in your town.

Did I say this game is confusing? Okay, let’s ditch confusing, it’s almost overwhelming. The sheer quantity of stuff you need to deal with as the game exits the tutorial can border on the ridiculous, and to add to your woes, there’s a ghost of one of the previous rulers setting targets for you over each of the chapters, and you have to complete these targets within a fixed number of game days, which are used up either exploring territories on the global map (which is where the FFT element comes in), that results in dungeon delving involving tactical combat, text based adventure and campfire encounters, or used up talking to people around town and building up your relationships, or upgrading the town and spending time building upgraded facilities.

We are talking an impressive number of plates you wind up spinning, and that’s by chapter two. I think the only thing this game is missing is a Gwent derived card game and a match three romance element and we’d have a game that tries to do “literally everything”, no, I do not joke. If games were food this is the equivalent of someone dropping a twenty-course meal in front of you and expecting you to eat the whole lot.

Thank Gaben for save files 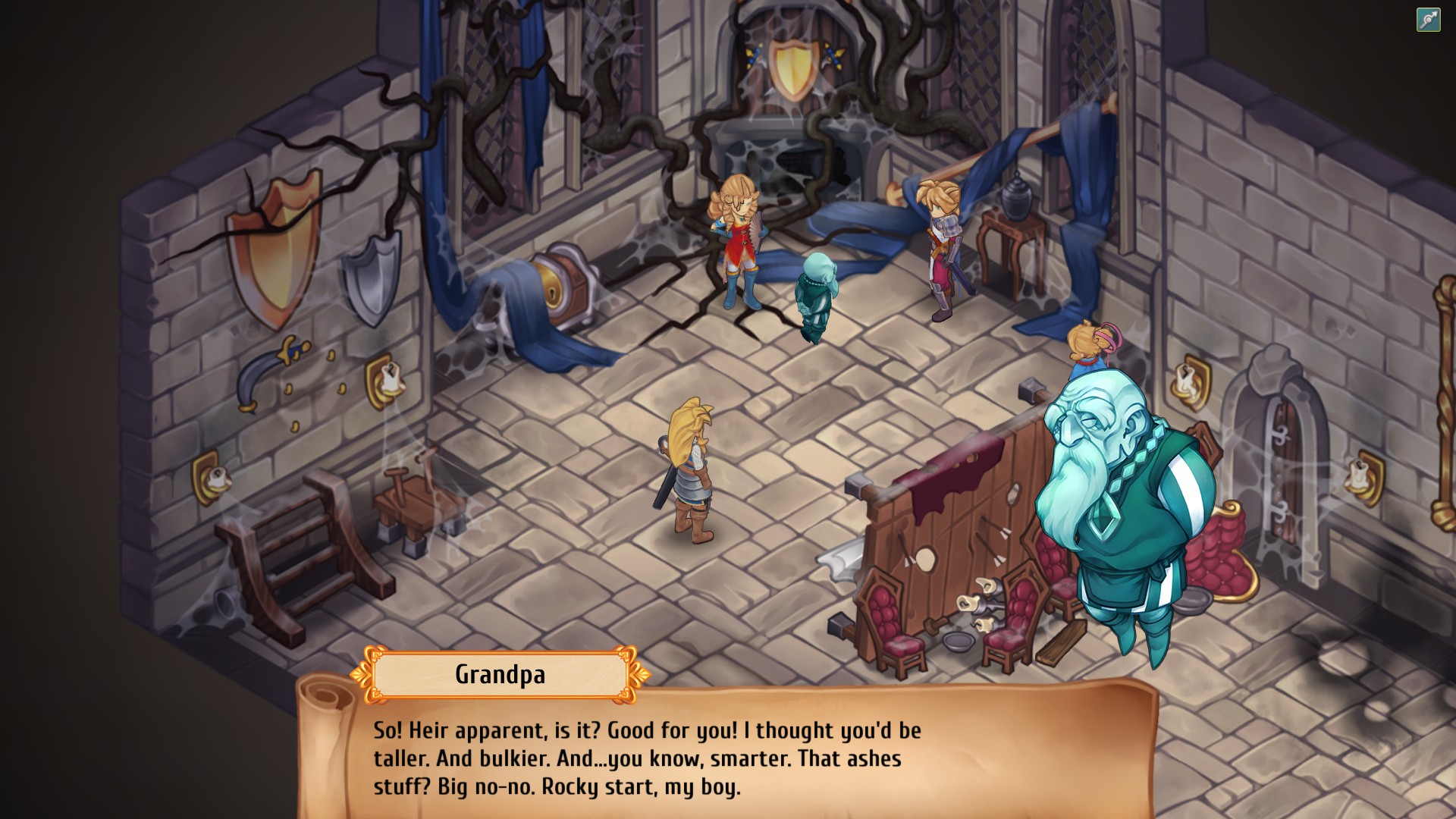 I mean, the writing is smart and clever, all of the characters, whilst they’re not going to be contenders for The Last of Us, they’re well written, and there’s a lot of solid comedy material in there. But here’s the thing, I was discussing this game last night with one of the other reviewers on the site, DangerHiDoltage. An epiphany hit me. This game is essentially what happens when a kid decides to take a glass of coke and fill it with all the snacks and then tries to chug the lot down because putting everything in the glass allows you to do EVERYTHING AT ONCE. That’s cool in your kid mind at the time, it’s only when you grow up that you realise that it really wasn’t, because then you remember all the stomach aches and the horrible taste in your mouth it left after. That’s this game.

This game literally attempts to try to check as many boxes as you can think up all at once. Allow me to recount the ways – 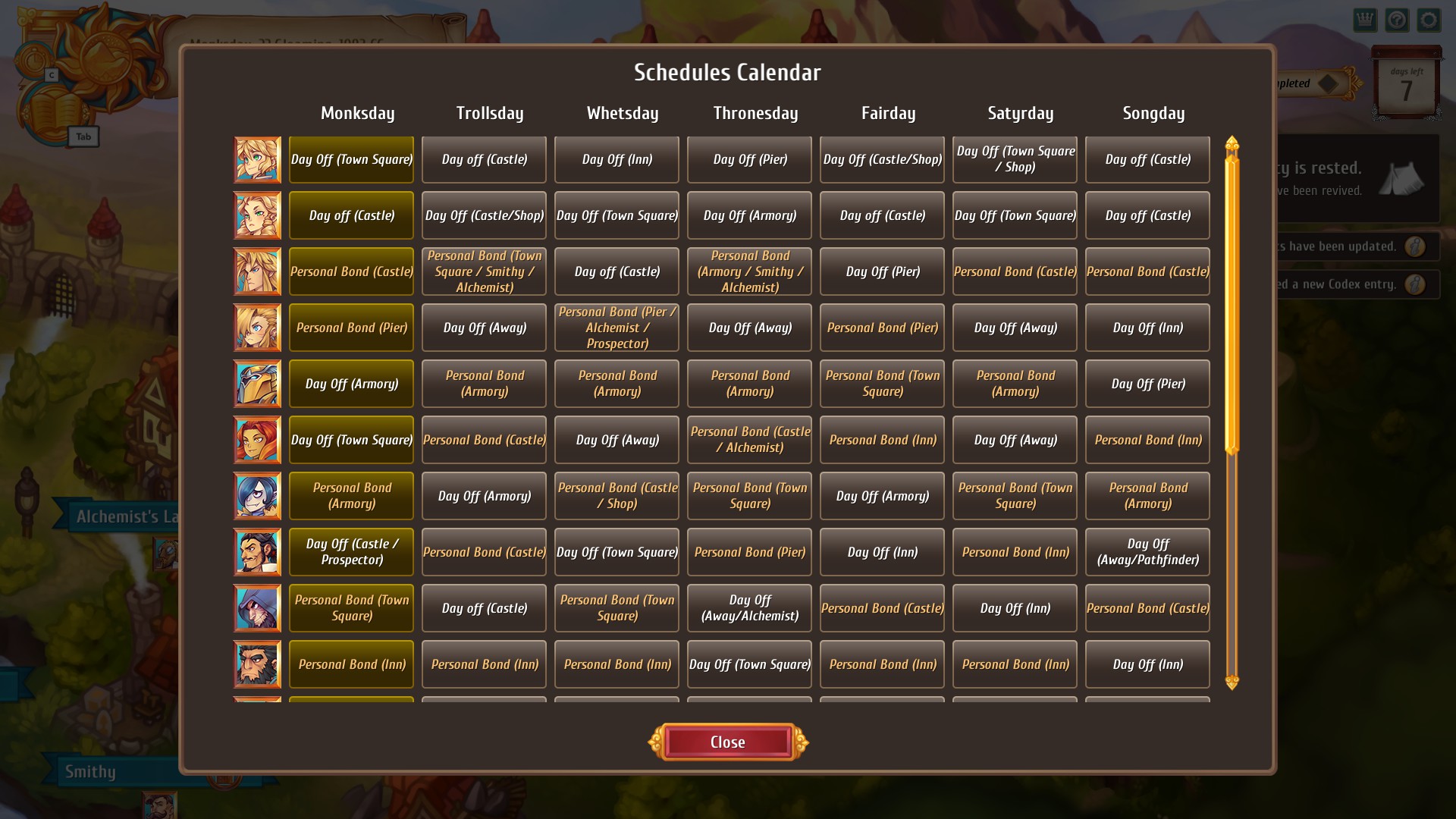 THIS THING SCROLLS. WHY ON EARTH WOULD SOMEONE MAKE YOU WADE THROUGH THIS?!?!?

You see the problem? It’s like the developers decided to take Darkest Dungeon, FTL, Tales of Wuxia, Mass Effect, Final Fantasy Tactics and Recettear, and then, just for fun, throw in the entire cast of Dragon Age (the entire series) into a Blendtec blender and hit smoothie for three minutes.

In answer? No this does not blend. This does not result in a delicious soup, it does result in *something*, and that something might appeal to a specific group of people, but that something has issues in the same way Frankenstein had issues. It lumbers between absolute genius at one moment, laugh out loud funny the next, and mind-numbing tedium between the two. The problem is that everyone is going to like BITS of this game and hate other bits of it. In some ways, I admire what the developers have created because it’s ambitious and if you squint your eyes, you’ll see what they were gunning for. But if you have OCD you’re going to despise this game in ways that will have you inventing new swear words, because you’ll need two, possibly three playthroughs before you’re even close to seeing all the content that the game offers. Equally, if you want to consume the game whole, expect to do at least two playthroughs, because the first one is going to be a steep, steep learning curve.

Do I think that there’s potential here? Yes. With some patching and tidying up of some of the graphical assets (there’s some inconsistencies between some of the 2D assets, some look “fuzzy”, this is particularly the case in the empire screen which feels like someone smeared vaseline all over the place) and perhaps a balance pass to make things a bit looser in terms of allowing you to get access to more of the fun toys at higher levels, I think there’s a diamond of sorts lurking in this game, but that’s some ways off. The sequel to this game, if there ever is one, were it more focused and much more tightly wound around specific gameplay loops, now that could be special.

The TL: DR – It’s an interesting curio, but not something you would want to pay full whack for unless you’re certain you’re going to enjoy what’s on offer here. Personally, I’d suggest waiting for a hefty discount before dipping a toe in, and even then, do so knowing it’ll take a few attempts before you can really get a grip on the game.