The story is set in a ‘steampunk’ era with dirigibles, lever-operated machinery and suchlike. You play as Viktor, a tusked boar wearing a raincoat, who decides he wants to become Emperor of Austria/Hungary for some reason. He travels from scene to scene, each of which has several characters to chat with, and various puzzles to find and solve in order to progress to the next scene. Pretty standard gameplay for this genre.

There’s a huge number of dialogs as you chat to each character in each scene. There are usually several options for each character, and each time you solve a puzzle the dialog updates so you end up with tons of text to work through – you could create a full-on stage play with all this content. There’s usually one option to activate something, and the others are just for fun. It never gets boring, I always click every option to enjoy all the great humour (including plenty of poop jokes). When you find the world map (near the start) be sure to click on all the countries to see the descriptions, they’re hilarious!

The puzzles are excellent. Lots of minigames and item pickups to be used on other objects to produce animations, as you would expect.

I love the pencil-drawn style and all the wonderful characters and objects all over the place. You can tell a lot of love and attention has gone into this. The screen resolution is rather flakey though – strange things were happening when I tried to run it in 1080p for my video on my 1200p monitor. I believe fullscreen will fill any screen, and you can ALT-ENTER for a window which is a decent size but not resizable – no in-game resolution options for the window either.

The chuckle-worthy “goodbye bug” that throws up a coding error every time you exit the game is a nice touch. 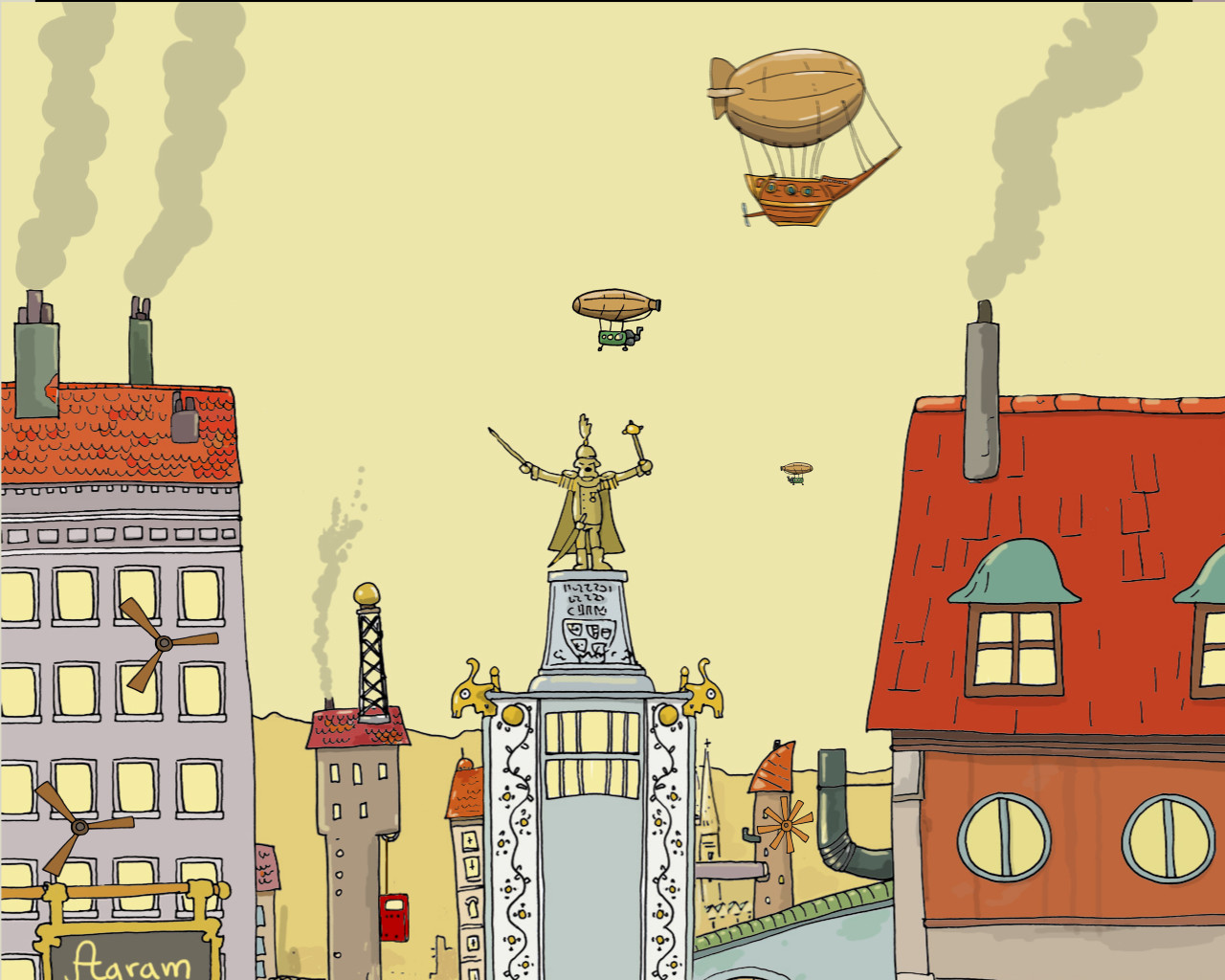 Music is well above average. You pick up CDs along the way so that your library increases and you can select whichever tune you like from an options menu. There’s a wide variety including classical, opera and even heavy metal, so there’s bound to be something to suit your taste. Sliders are available for music/effects volume control.

The gobbledygook language the characters use is just brilliant, it never gets old. The most wonderful thing about it is that even though it’s nonsense, it nevertheless has a very distinctive accent that you would associate with the part of the world that Viktor is from. 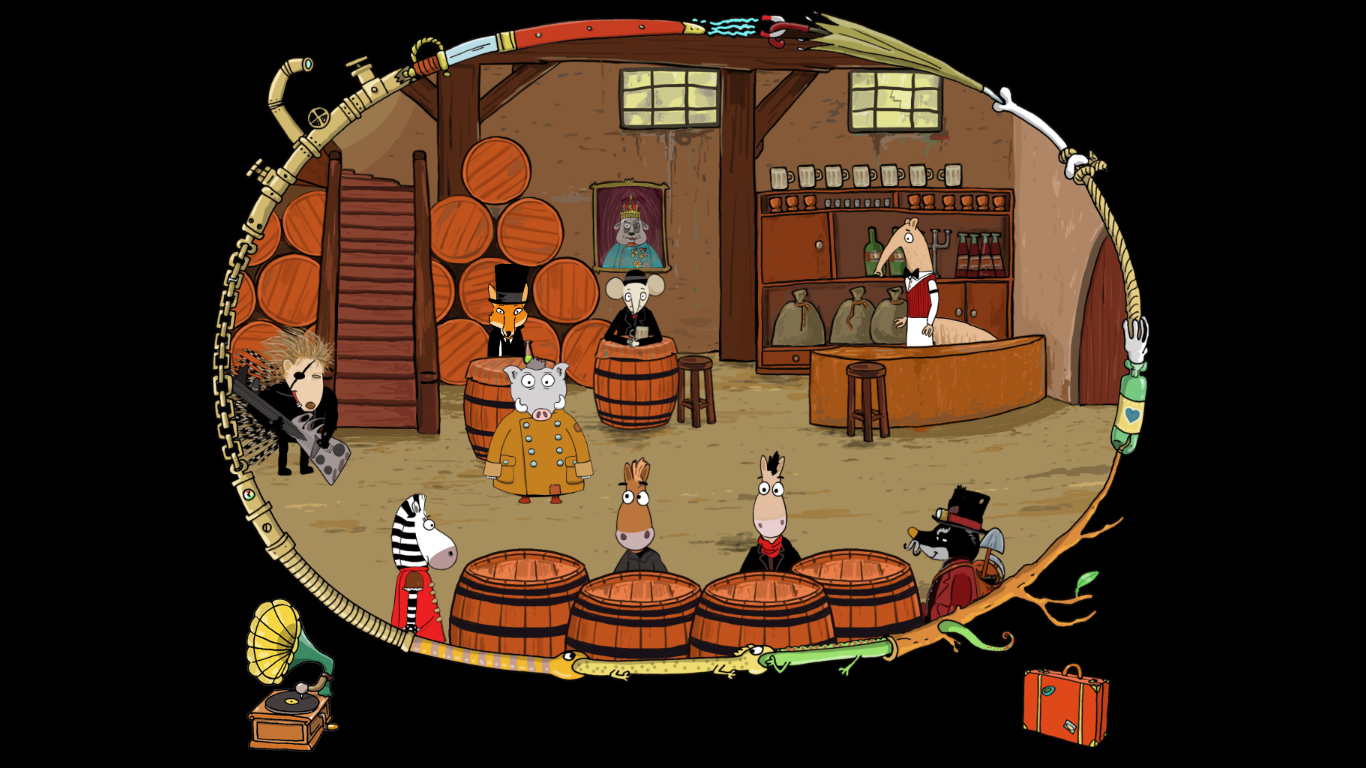 I’ve played some (too) difficult point-n-clickers in my time but for me this is perfect – I would say it’s a solid medium difficulty. You do have to put some thought/dexterity into it but it never gets frustrating. If you “look at”, “chat with”, “use” or “attack” everything in sight and check your inventory for items to use on other objects, eventually something will happen. Meanwhile you have all kinds of interesting stuff to discover and dialog to read. 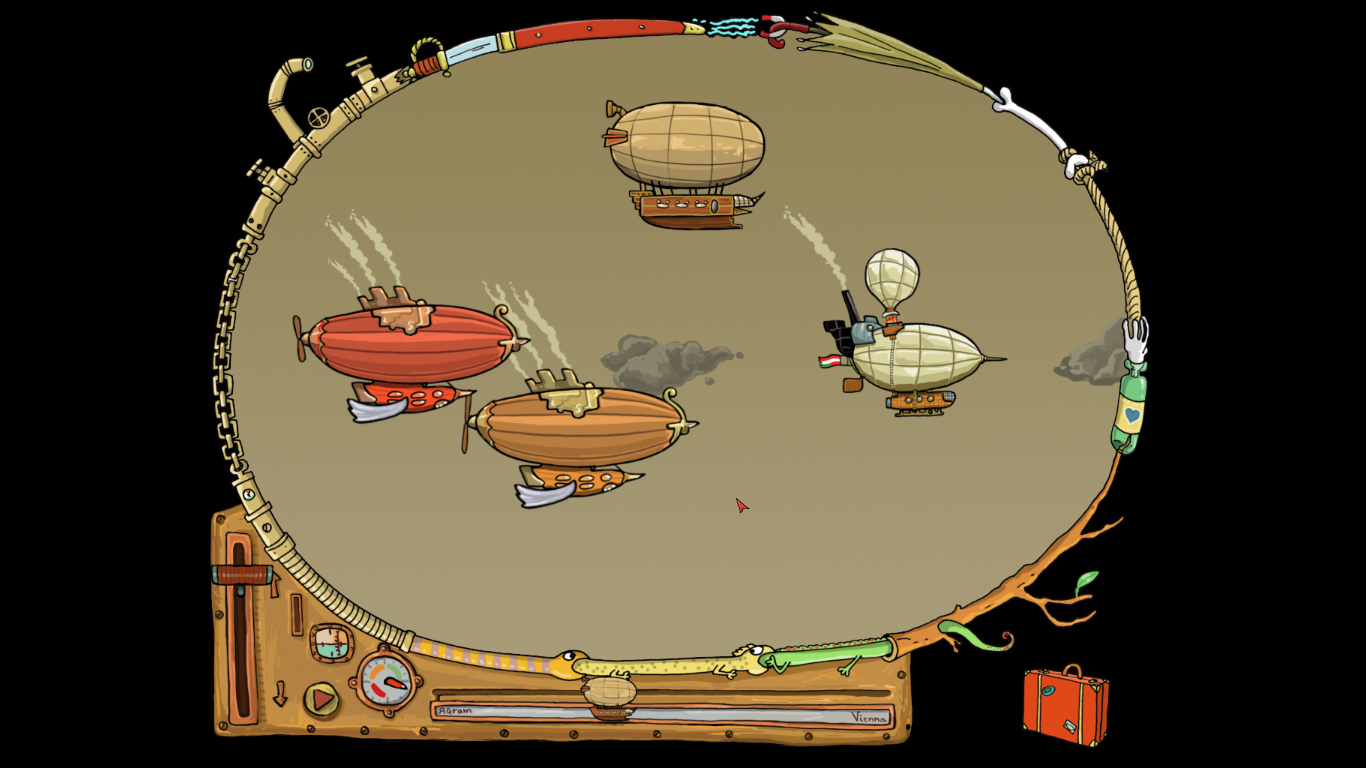 Very nice achievements here. 16 of them, and most don’t pop up unless you specifically strive for them. I like that. No trading cards, Windows-only and no Steam Cloud support.

Yesterday I reviewed The Franz Kafka Videogame which has a very similar concept. Although Viktor costs $2 more, it’s far better value in terms of both length and the density of content/puzzles crammed into it, and the achievements give it genuine replay value. I’d certainly be happy to pay full price for this. 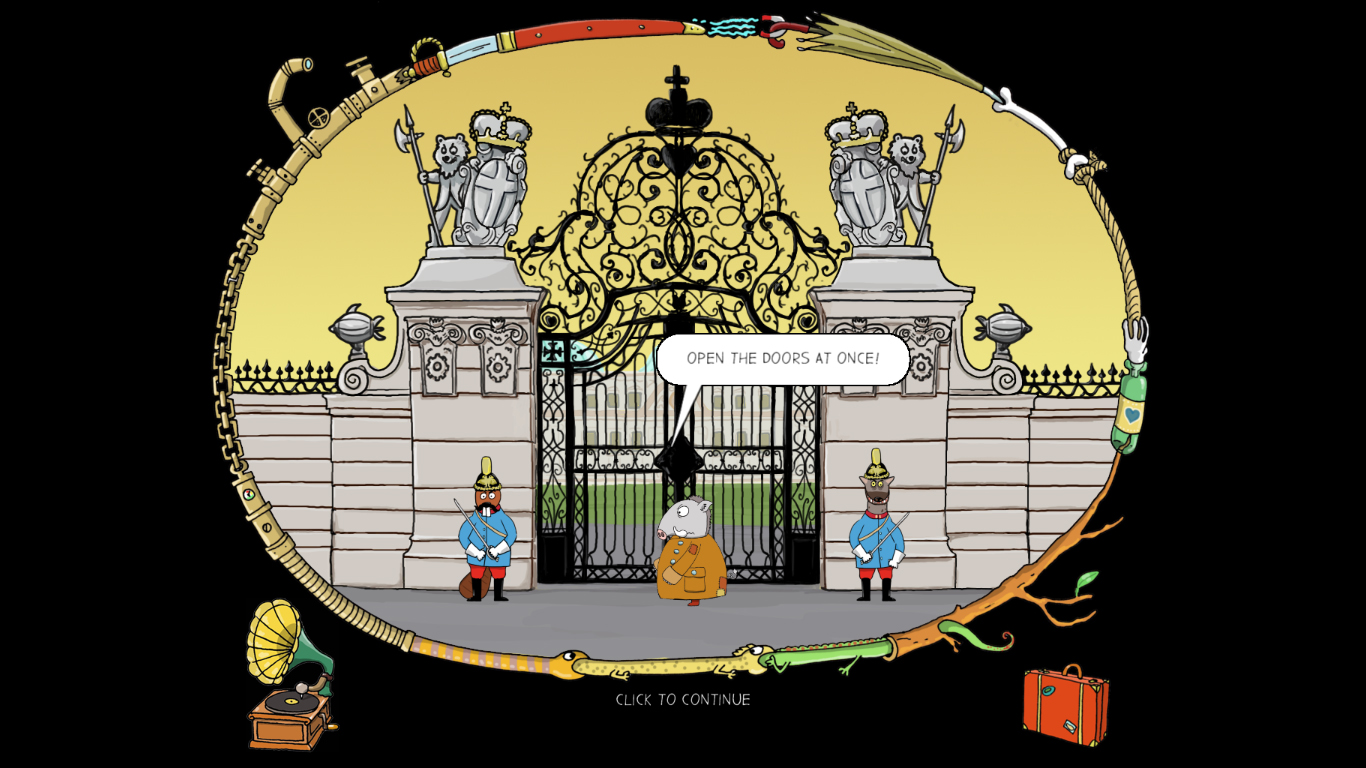 A game with great character, distinctive style, engaging storyline, plenty of humour and just an all-round joy to play. I’d like to play it on Linux please, dev 🙂 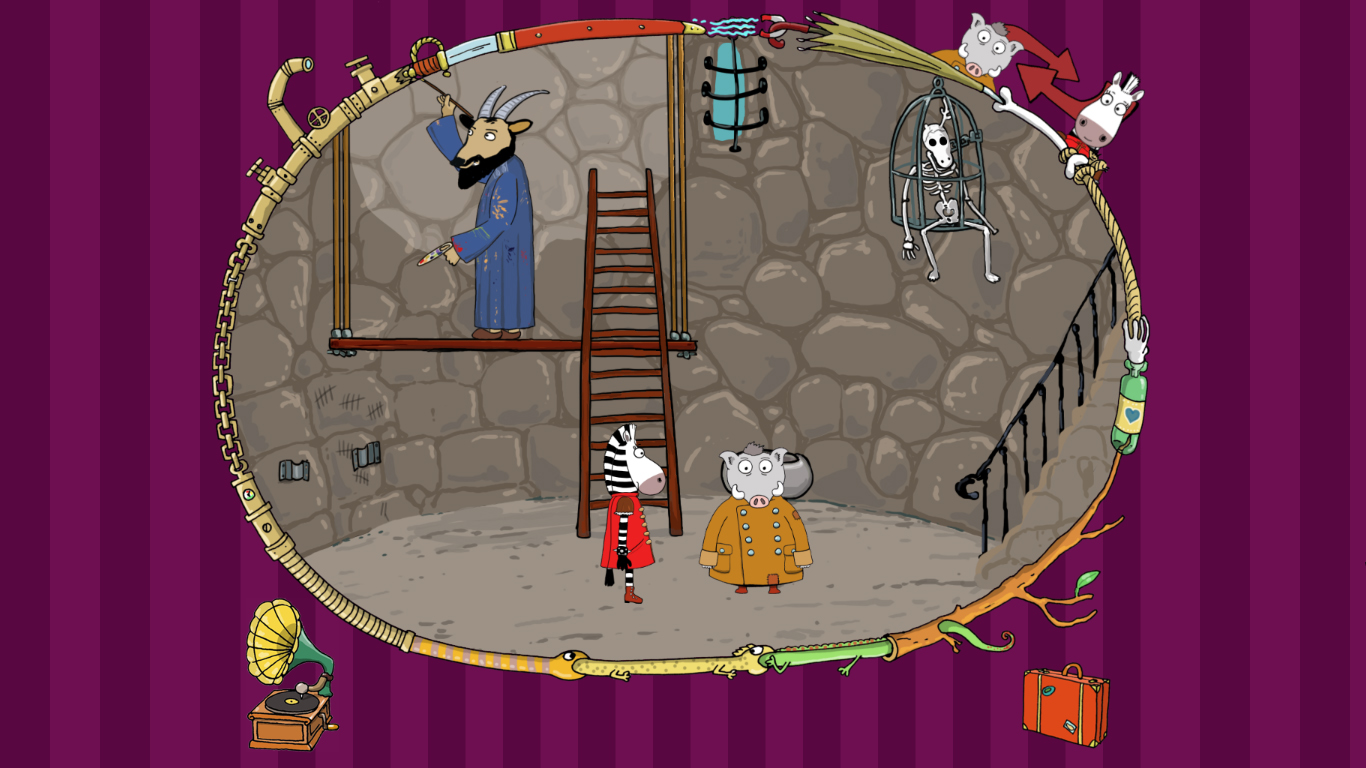