Crawl is a local multiplayer dungeon crawler where it is a race against your friends to be the ultimate hero. Crawl has been in early access for a few years and it might be one of the shining gems to come out of the Early Access void.

Crawl is supposed to be a party game where you or one of your friends control the hero and wander through the dungeon alone while the others try to control one of the monsters to kill you or halt your progress. Once your friends accomplish this, they can take the place of the hero and vice versa.

From the start, Crawl puts you and your friends in a gladiatorial arena battle where you hammer each other to death until someone emerges from the rubble to wander into the dungeons. The other players then become ghosts who can control monsters of varying power and attempt to kill the hero at every step. Even here, it is a race to get the last hit against the hero in an effort to take the hero role for yourself. 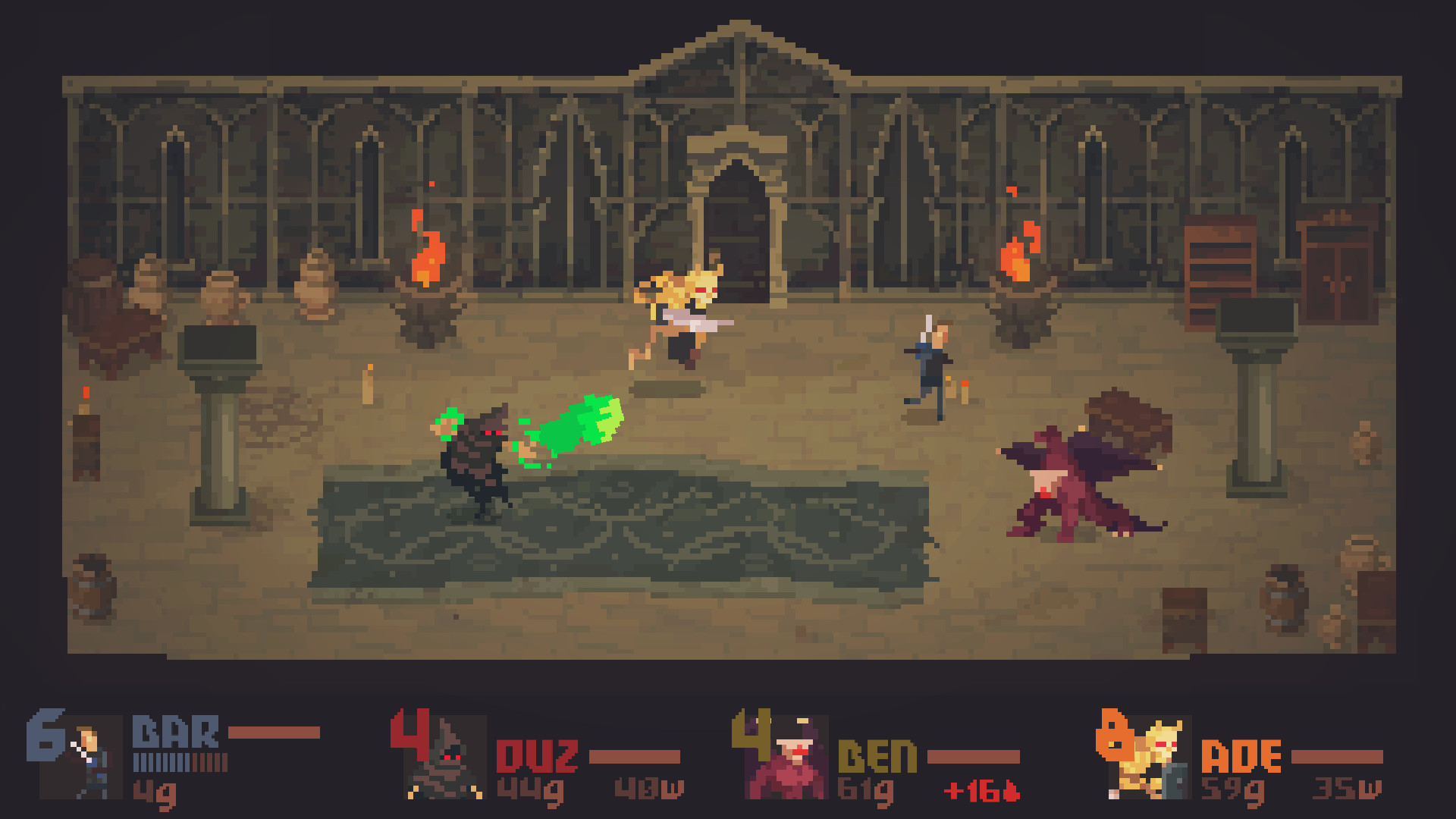 It is very frustrating to reduce a hero’s health by yourself only to see someone else come and steal the kill. It does put a lot of pressure on the monsters as they have to be on their guard every moment checking their surroundings. The other players do not need to become monsters to harm the hero as they can possess things such as traps which can spring into action for a last moment kill or throw random objects to hurt the hero.

Crawl also gives the player who has been the hero the least number of times the most powerful monsters to control. This mostly allows the game to never feel unfair unless someone from your party of monsters takes the kill, leading to a rage fest all over again. When a hero reaches Level 10, they can activate a sacrificial portal which allows them to face giant boss creatures in a bid to escape their fate and the cursed dungeon.

The other players control the Boss’s different organs in an almost Power-Rangers-Megazord kind of way. This great loop of gameplay where you keep dying and coming back as the hero makes Crawl one of the best couch co-op games in recent memory for me. 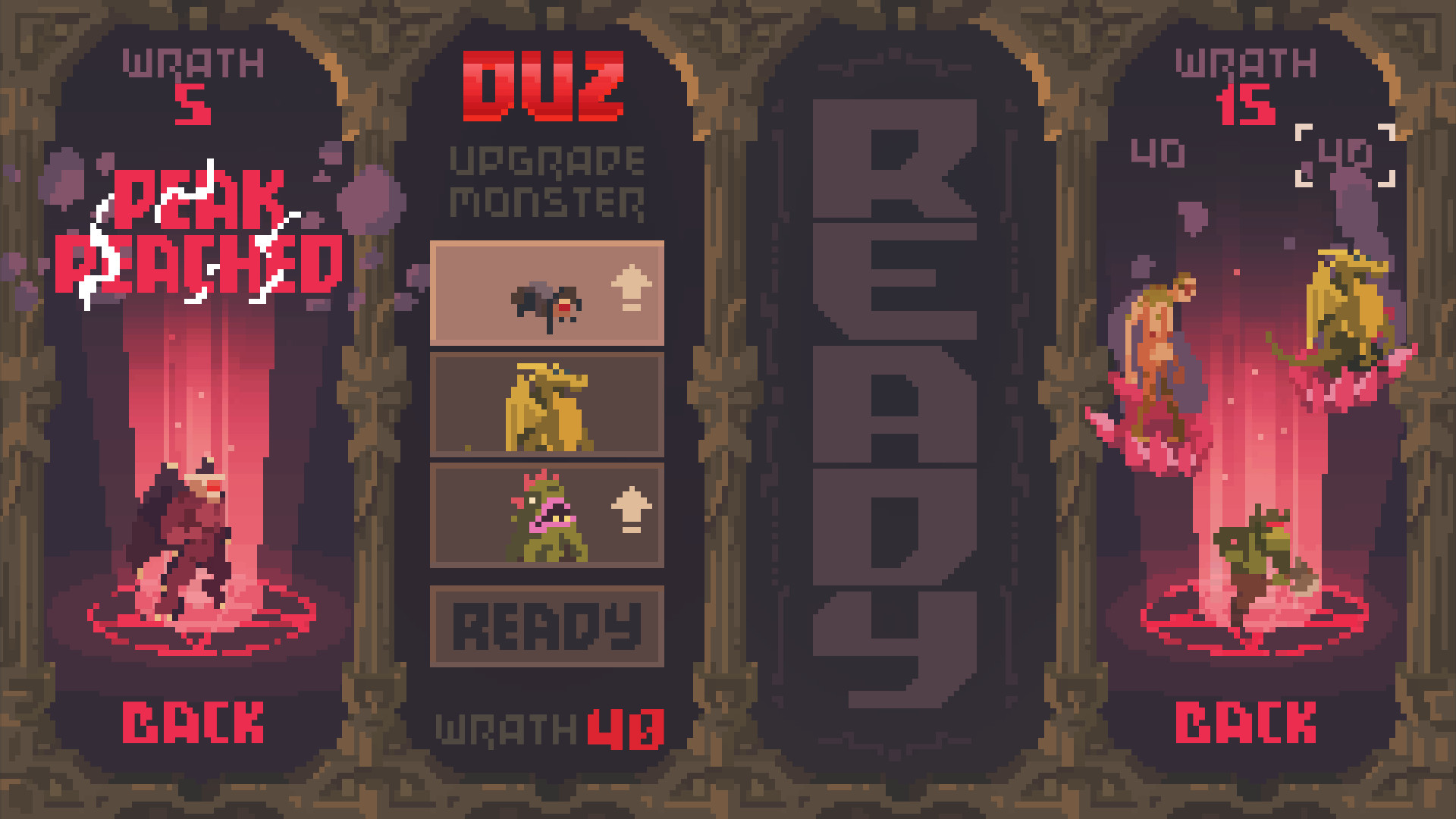 When playing as the hero, Crawl feels like a typical dungeon crawler RPG where you hack, slash, loot, dodge and earn XP to level up. While there are a variety of weapons and spells for the Hero player, your usual inane weapons don’t feel anywhere close to some of the others. You will also find some quite interesting loot is present. The game plays like you would expect it to play when you are the hero, but the great draw of Crawl is the largely unknown plethora of monsters waiting behind the next door.

As the ghost, you can choose from a variety of monsters which have different tiers requiring Wraith to unlock more powerful monsters. The monsters are obviously quite different from each other in very unique ways. While it might seem unfair, it gives the lowliest of players the strongest of monsters to have their own time in the glory.

The AI for solo play in Crawl is competent but nowhere near as fun as you will have with your friends. It is completely worth a try for its single play, but do make a reminder to invite your friends over later for this one. There is no online play to speak of and considering how the gameplay is, it is probably for the best too. Crawl feels incredibly polished and the game runs smoothly throughout. 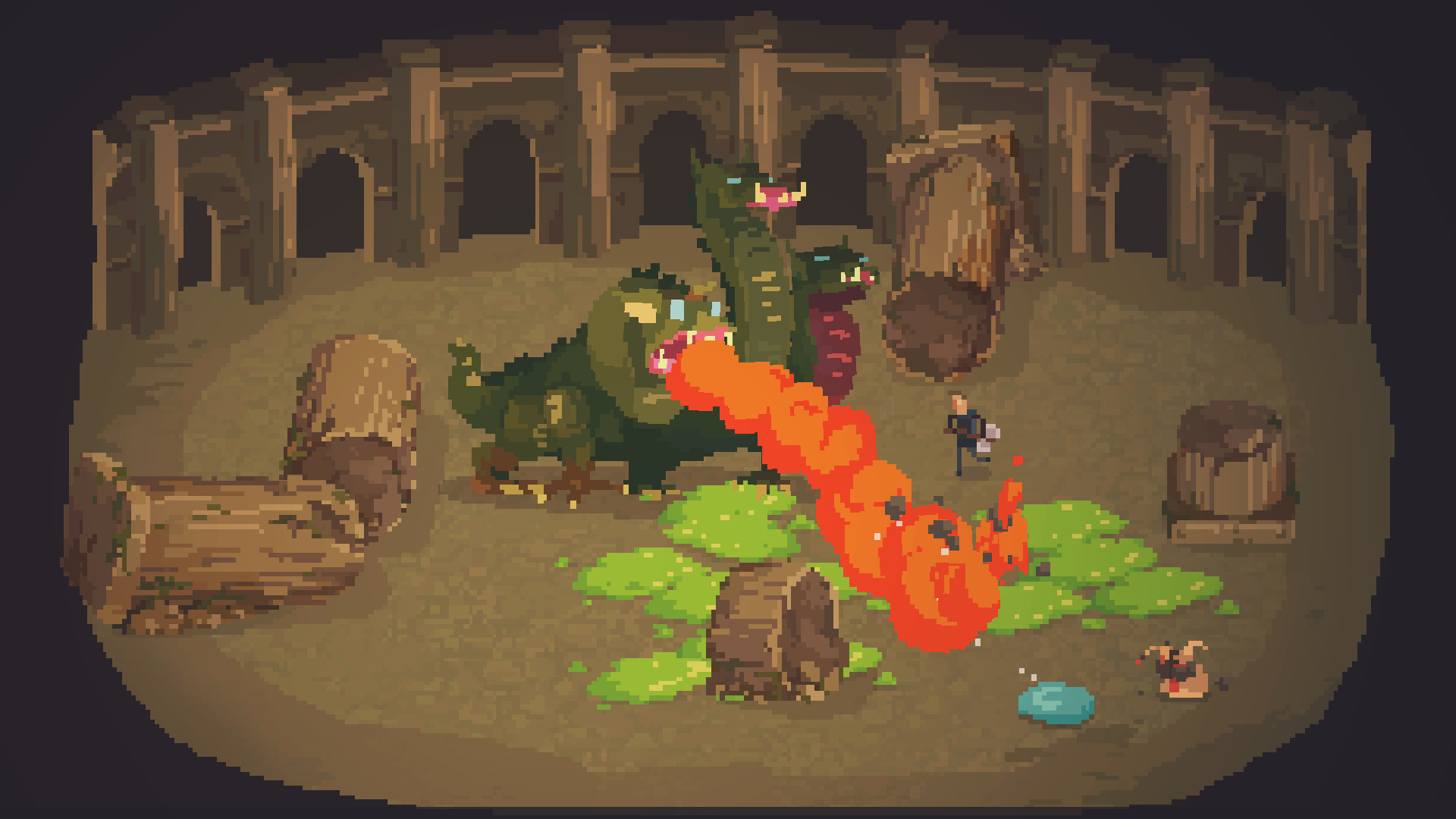 As far as pixelated art goes, Crawl takes the cake. It has a gorgeous art style which somehow makes even the blood and gore on the screen pretty neat. This is a game famous for spawning countless GIF’s and there are more to come from here. Some of the monster designs are truly incredible and some of them never fail to make you laugh. The game looks incredibly good and there is nothing quite like it.

Crawl has an incredible sound design which compliments its gameplay and visual aesthetics really well. The sound effects are solid and set the mood perfectly. There is little voice acting from the narrator but whatever there is, it is done really well. 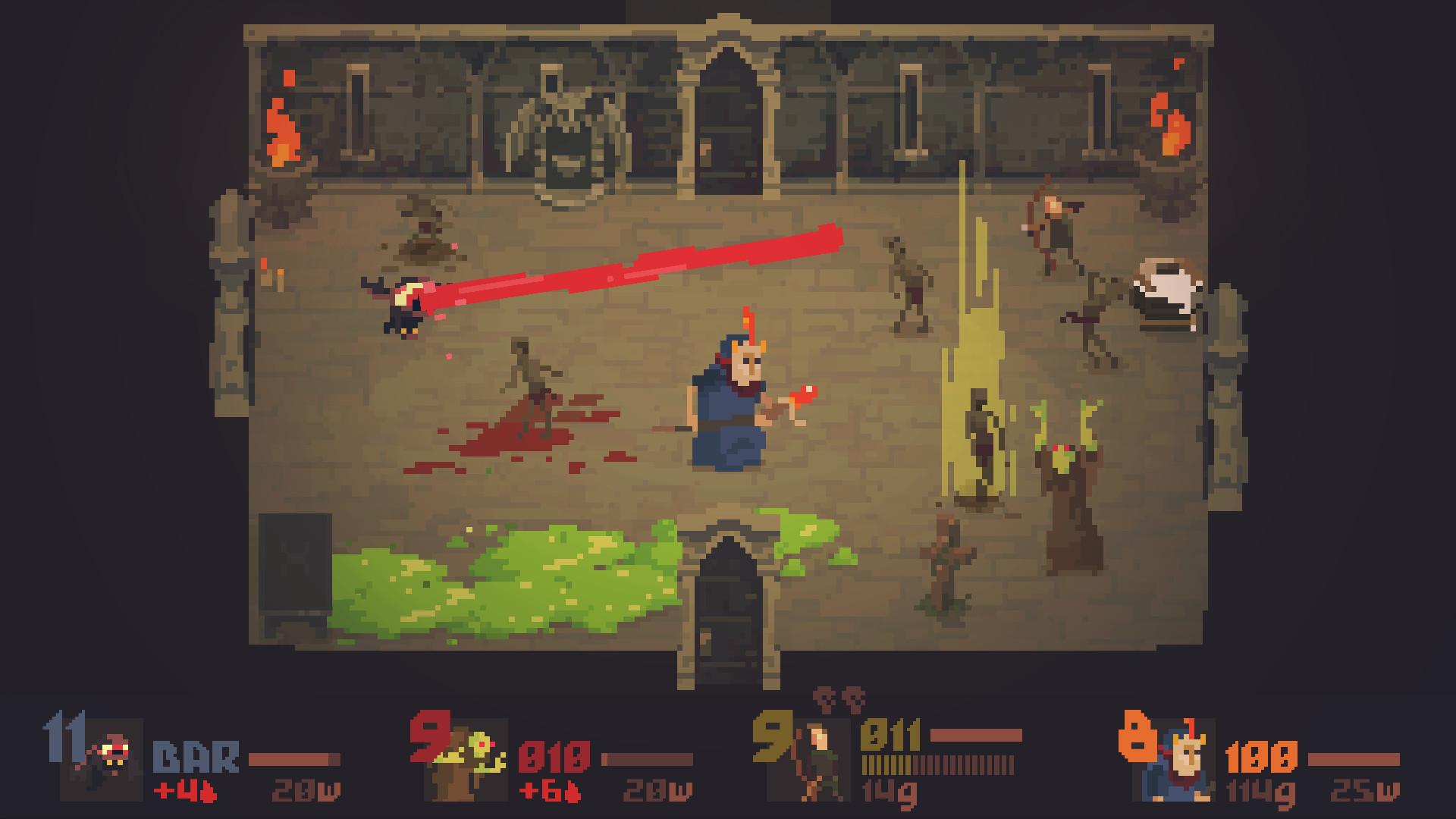 Crawl is one of the best couch co-op game to have ever graced my screen and there are no two ways about it. It is one of the best examples of early access being done right ; there really is nothing quite like a Crawl party when it gets going. Crawl also works completely fine as a single player game and there is a lot of content here to justify the price tag. If you want a solid game to enjoy with your friends, then you should definitely get Crawl.