Paradigm is a comedy point-and-click adventure with a host of crazy characters and too many jokes to count.

You play Paradigm, an unemployed mutant DJ and master of ‘phat beatsies’, leaving in a futuristic Eastern Europe where people can be genetically tailored. You live in a power station in Krusz, a town of five people situated on top of all of the world’s radioactive waste. Nice, hey?

The game starts with you wanting to finish your latest EP, but being unable to get your computer working. Consulting JOHN-3000, the ex-TV-dating-show AI that lives with you, you find out that a hacker has corrupted your system and you need to find a floppy disk in order to restore it, and also save the world from ultimate destruction!

The graphics in Paradigm are mostly very good. While much of the game takes place with rendered / animated characters over still, drawn backgrounds, there are also a number of interludes and other sections with differing graphical styles, providing considerable contrast. But the quality is consistent throughout.

There are no graphics settings. 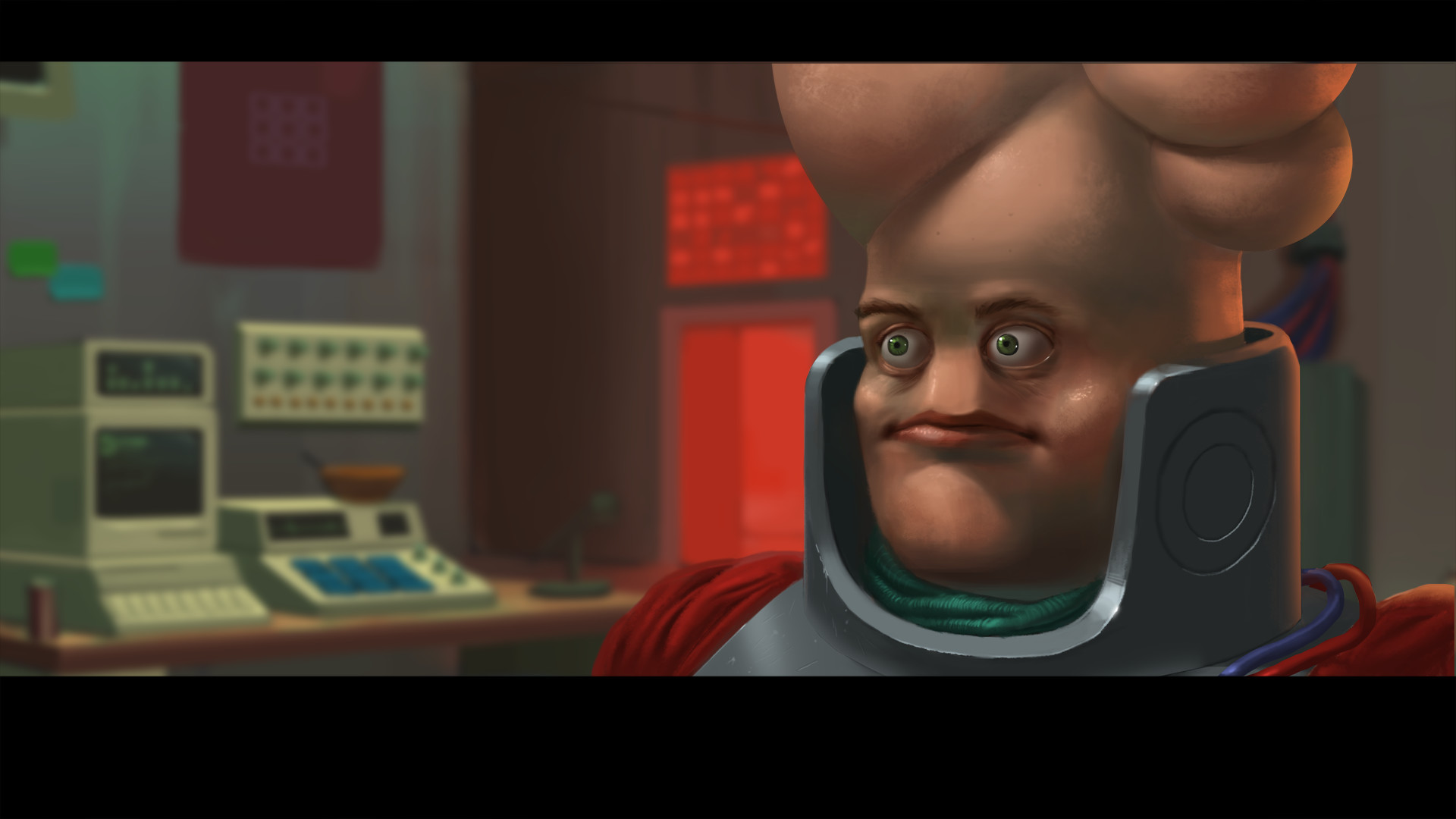 The background music, where present, went largely unnoticed, but isn’t bad by any means. The game also includes some musical tracks to fit the story. Sound effects are appropriate and mostly well made.

The game is fully voiced, but the quality of voice actors and recordings varies quite a lot, with some sounding very professional, and others that sound like the developer putting on a bad accent and speaking into a microphone. Normalisation, again, is quite variable, though mostly good; there are still a few sections where volume trails off and it can be hard to make out what is being said by some characters.

Subtitles are included, though, so you won’t miss anything.

Paradigm plays like a typical modern point-and-click adventure. Using the mouse to control Paradigm, you can interact with a vast array of useful and completely irrelevant or useless items, objects, and beings in Krusz and elsewhere. Left click moves Paradigm and right click opens up the interaction menu, which allows him to look at, talk to, use, or pick up the designated target. Moving the mouse pointer to the top of the screen opens the options menu, for saving and loading games or accessing the map, while moving the pointer to the bottom opens up Paradigm’s typical adventure game inventory. It’s a simple interface and brings nothing new to the genre, but it works well. 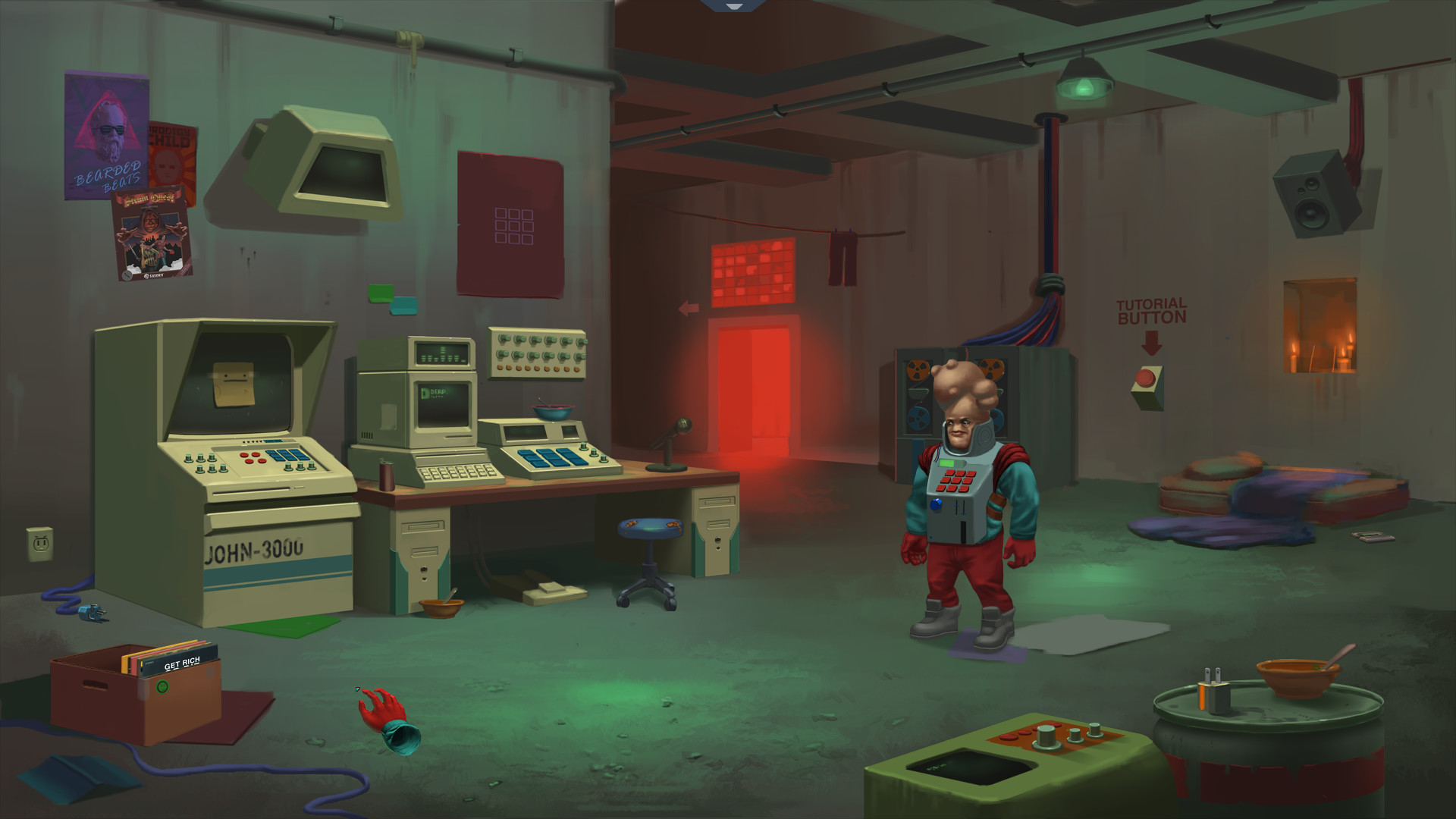 The largely nonsensical story wouldn’t work that well as a short story or novella, but as a comedy adventure game it’s great. Paradigm’s world is a weird one, indeed. You’ll encounter a cast of unique, but insane characters, and find yourself in very unusual situations. There’s a constant barrage of puns, jokes, and innuendo, too, with almost every use of the ‘pick up’ action resulting in Paradigm eliciting some sort of groan-worthy pick-up line. The game breaks the fourth wall on a few occasions, and includes countless references to pop-culture and memes; I’m sure I didn’t pick up on all of them, but those I saw gave me a smile or chuckle. The humour probably won’t be for everyone, but within a few minutes of play you should be able to work out whether you’ll enjoy it or not.

Given the amount of writing in the game, I wasn’t surprised to see a few typos and grammatical errors, but the quality of the text is generally very good.

Despite the general silliness inherent in the game, the puzzles make sense and most savvy adventure game players shouldn’t require continual access to a walkthrough. The developer has provided one on the game’s website, though, so it’s there if you need it.

The game is relatively short — I’d estimate it would take most people somewhere between four and six hours depending on their play style. It took me a little longer as I alt-tabbed to make comments for my review. It includes Steam Achievements that are missable; I’m not really fond of these in point-and-click adventures, which inherently have very little replayability. I don’t think I’ll bother going back and replaying the game just to pick up the achievements I missed. 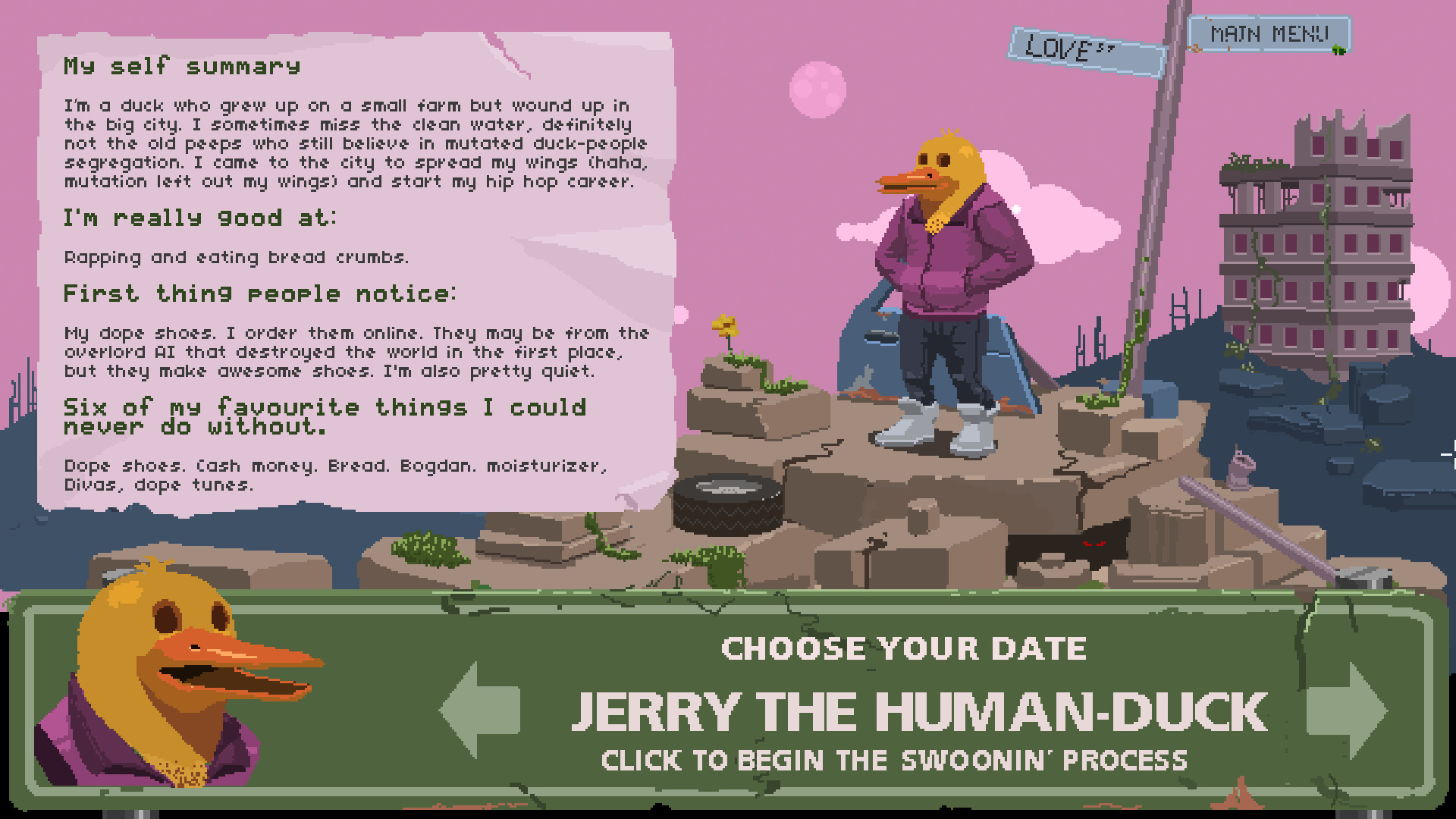 Paradigm is a well-made and enjoyable comedy point-and-click adventure game. Fans of the genre who also appreciate puns, bad jokes, and pop-culture references should definitely pick it up.