What can I say about this game? Not a lot, and way too much, if we’re being entirely honest.

Just about the only one of the Seven Deadly Sins of Horror that they didn’t hit was excessive, sick-making head-bob to make our nameless, faceless, personality/story-free Protagonist seem like she’s permanently drunk.

Jump scares, flashing lights and more are promised during the opening few seconds in the form of a medical warning that wasn’t particularly well proofread. Next, they present us with a single point-light in a house that is apparently free of light fixtures or switches — but there is electricity for that single shade-free table lamp. Go figure. The rest of the house is pitch-black, your only friends being a flashlight and a video camera that you spend the entire time looking through. Never with your own eyes.

What’s truly bizarre is that they appear to share the same battery, with the camera feeding off (and then recharging) it, only when recording, but the flashlight lasted me ten minutes at most before being completely dead — along with the power supply for the camera. Once dead, they stayed that way until I decided to pop off down the pub for a pint rather than deal with the situation any further.

Worse, they expect you to sit through the entire experience in 30-40 minutes, recording “Paranormal Phenomenon”. I know that’s a staple of old horror material, but here it seems like they went for the lowest common denominator in terms of creativity. Why not an axe murderer? At least that might have been interesting. 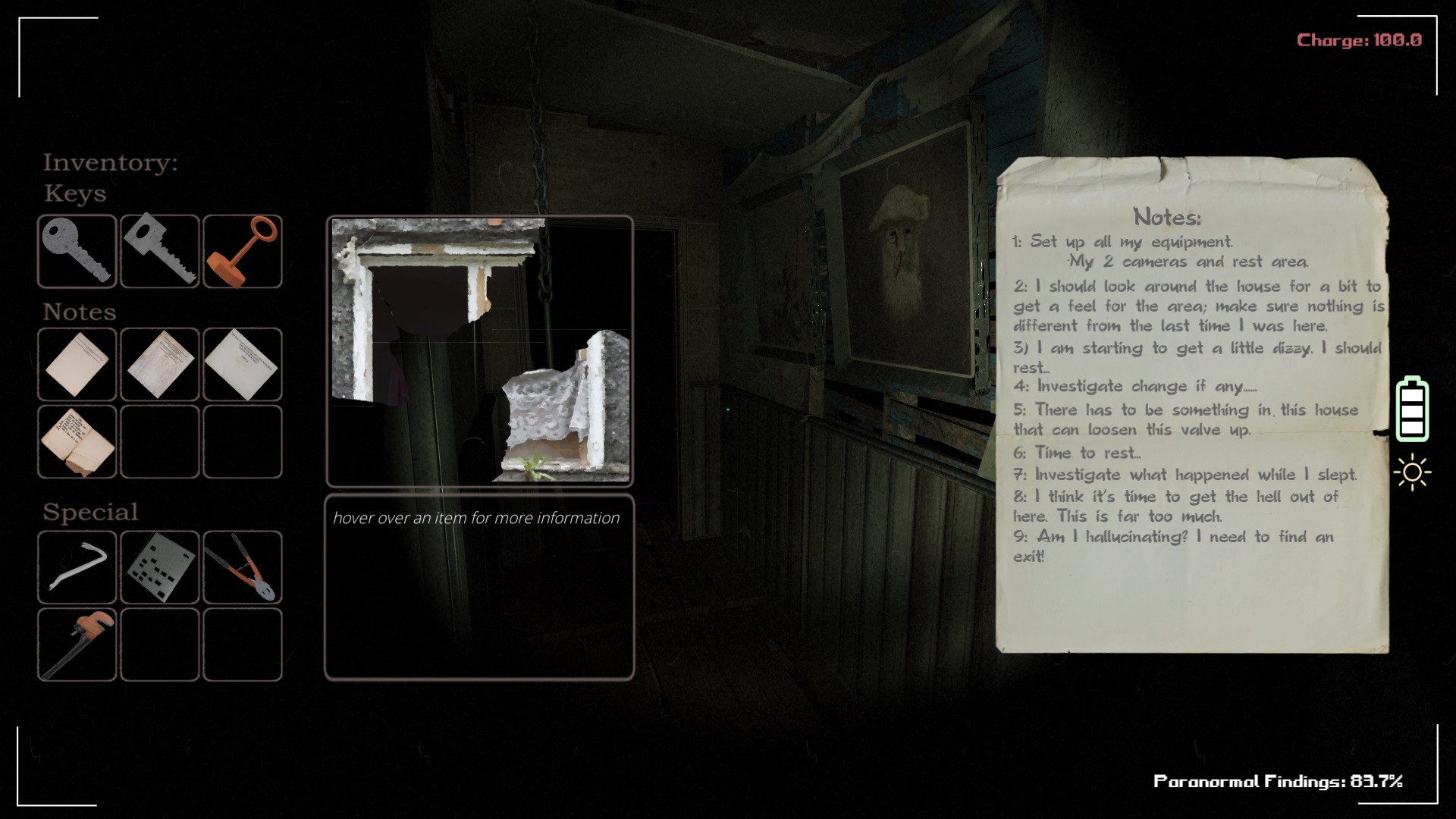 Graphics — Don’t get me started on the textures. One cuts a tree into boards lengthwise, okay? Sadly, that particular gripe, as egregious as it is, is the least of the crimes this particular game commits. Some things haven’t been textured, using only the most basic of models and materials to make something that looks kinda like what it’s supposed to be. Bathtubs have drains, k?

Then there’s the pixel hunting. A lot of things can be interacted with, providing you can find the ten-by-ten pixel area where the interaction event was placed. Oftentimes, this isn’t even on the object in question, but on the floor, across the hall, whatever. I spent nearly all of my time in the upstairs exploring, and only found my first interactable object (a door), because I was inspecting the floor for objects that might be collectible.