We usually blink somewhere between 15-20 times a minute. In real life, it’s used to hydrate our eyes and protect them from debris. In nextReality Game’s Blink, it’s a fundamental game mechanic. Light interacts with certain elements of the environment. If you hold down the “Blink” button, all platforms and terrain become invisible and intangible, and all that is left is what was illuminated. It’s a cute and intuitive mechanic, with a wide range of potential. Does it live up to it?

Blink’s story is about as run of the mill as it gets: you’re a child who is looking for their father who hasn’t come home for unknown reasons, and you interact with an ancient civilization that helps you on your path. It goes exactly where you’d expect it; there are no surprises here. There’s a few cute chunks of writing in the town setting, but the story is really not the focus here. 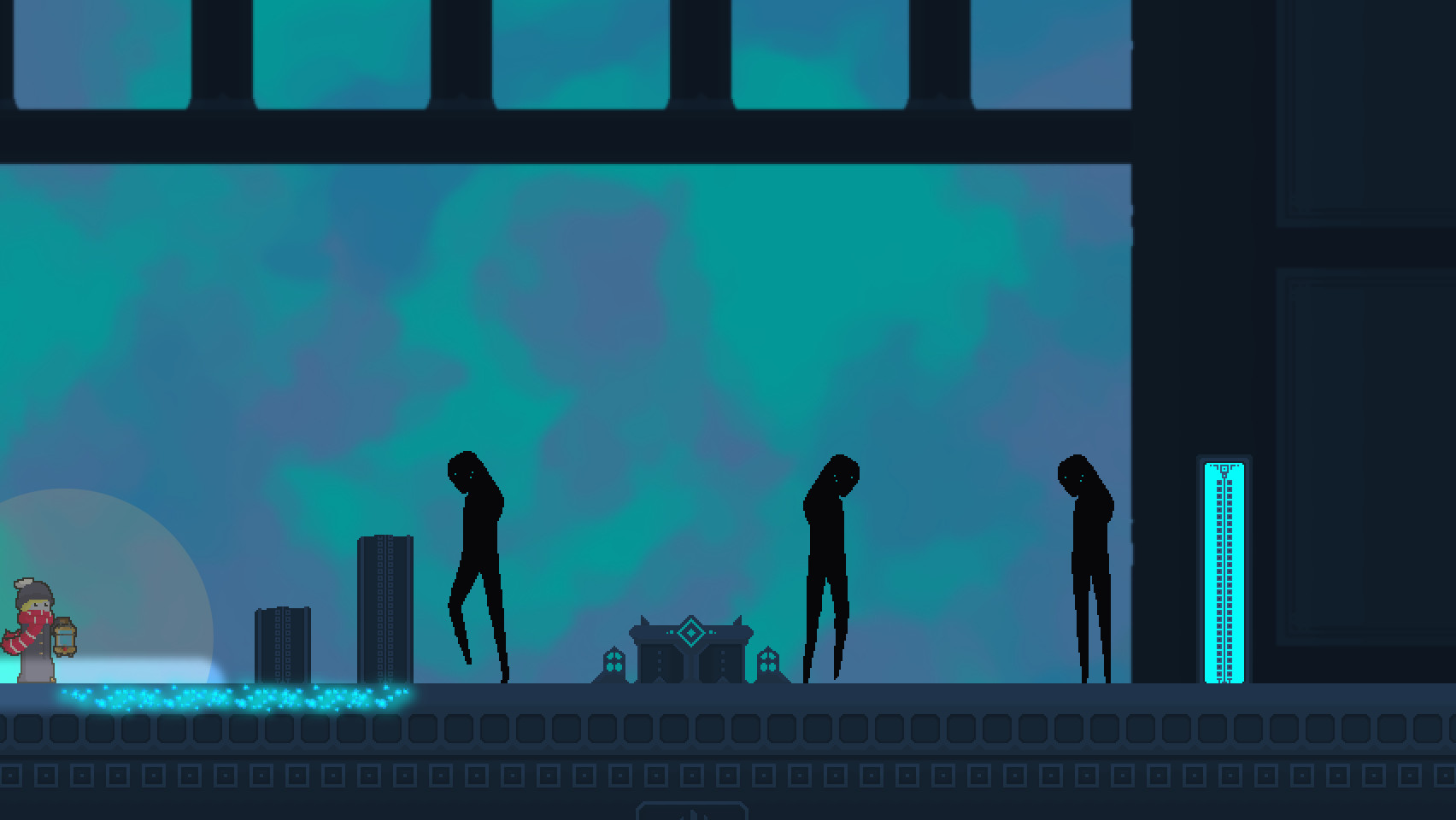 Blink uses a pixel art aesthetic, which is fine, though it is evidently unprofessional in quality. Your scarf clad hero has a nice sense of motion in his animation. It will occasionally zoom out for a larger frame of camera, and the resolution will not scale in the way it should. The music and general sound design is of the same caliber. The music is forgettable; I couldn’t hum you a tune from the soundtrack, but it is mostly innocuous and non-irritating. Mixing was iffy at times. There was the poor design choice of having the music cut out every time you blinked, as a synthetic hum replaces it, rising in volume. The purpose of this hum is to indicate to you that you should unblink soon (it has a time limit), but this could have been done in a way that doesn’t create a jerky audio experience. Because you blink a lot in this game. It’s the primary function of this game. 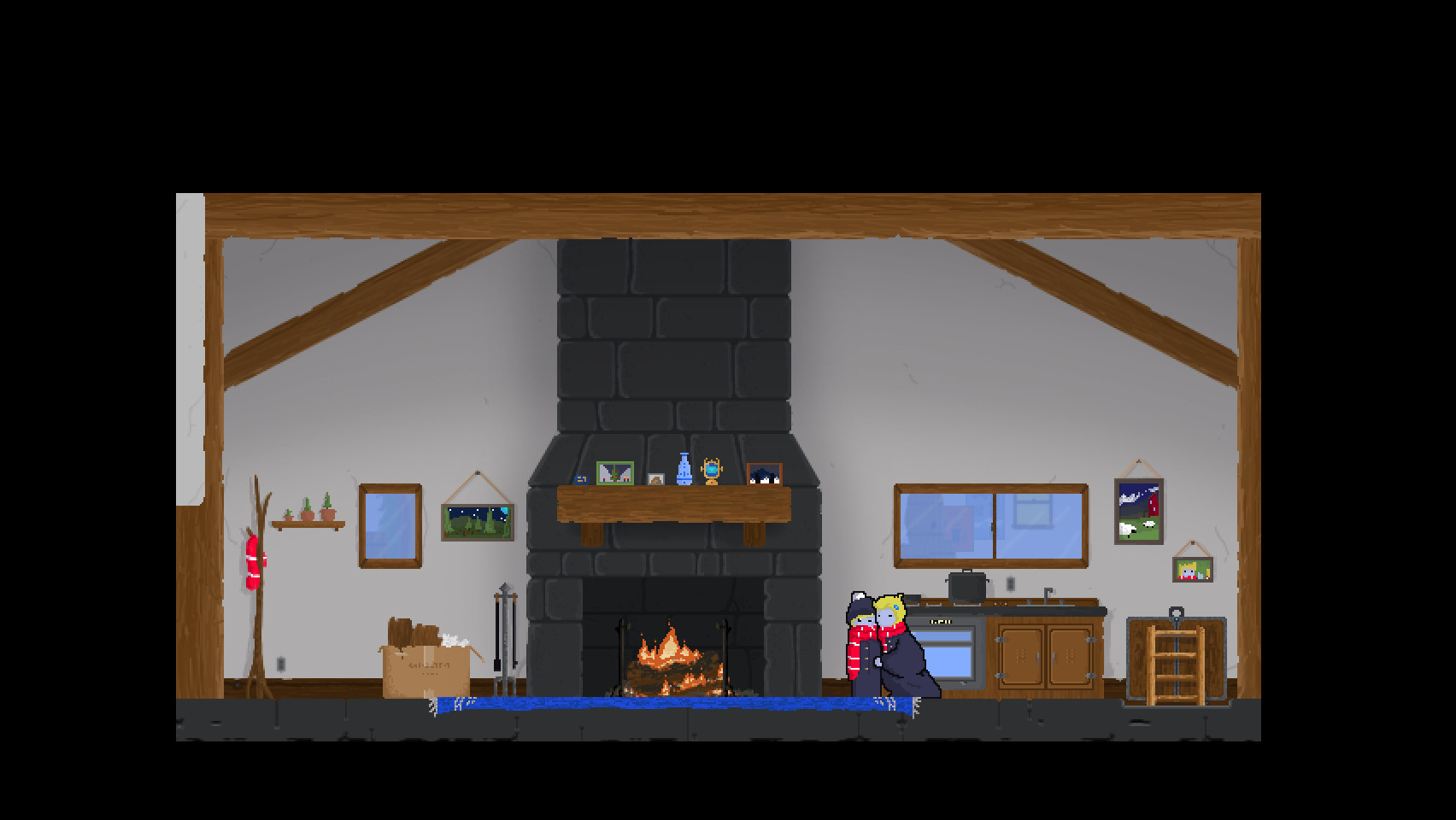 As I’ve said, Blink’s primary mechanic, that of playing with light, is something that has a wide range of potential. It’s done in a slightly funky way: light is manifested by circles one can hop on, but it works. Blink does enough with it to come out on the positive side there. Using gameplay dualities (i.e. creating two (or more!) modes of play that one switches in between) is not something new to video games. I would give you a list, but it would be a waste of time, because you are probably already thinking of several titles that play around with this. I’m not saying this to be disparaging. It’s a great mechanic, and I am always interested in games that mess around with it. It works well here. What is a far less common mechanic is light-play. While it appears in many games on occasion, I can only think of a few games that use this as a fundamental mechanic. By blending the two, Blink creates an interesting possibility space for puzzles. And for the most part, it uses that space to good effect. Puzzles were enjoyable, though a bit rote at times, and I never felt truly challenged. New puzzle elements were introduced at a consistent enough rate to keep me interested and engaged in the experience. It has a few tricks up its sleeve. For a puzzle platformer with only two action buttons, Blink gets a lot out of it’s system. 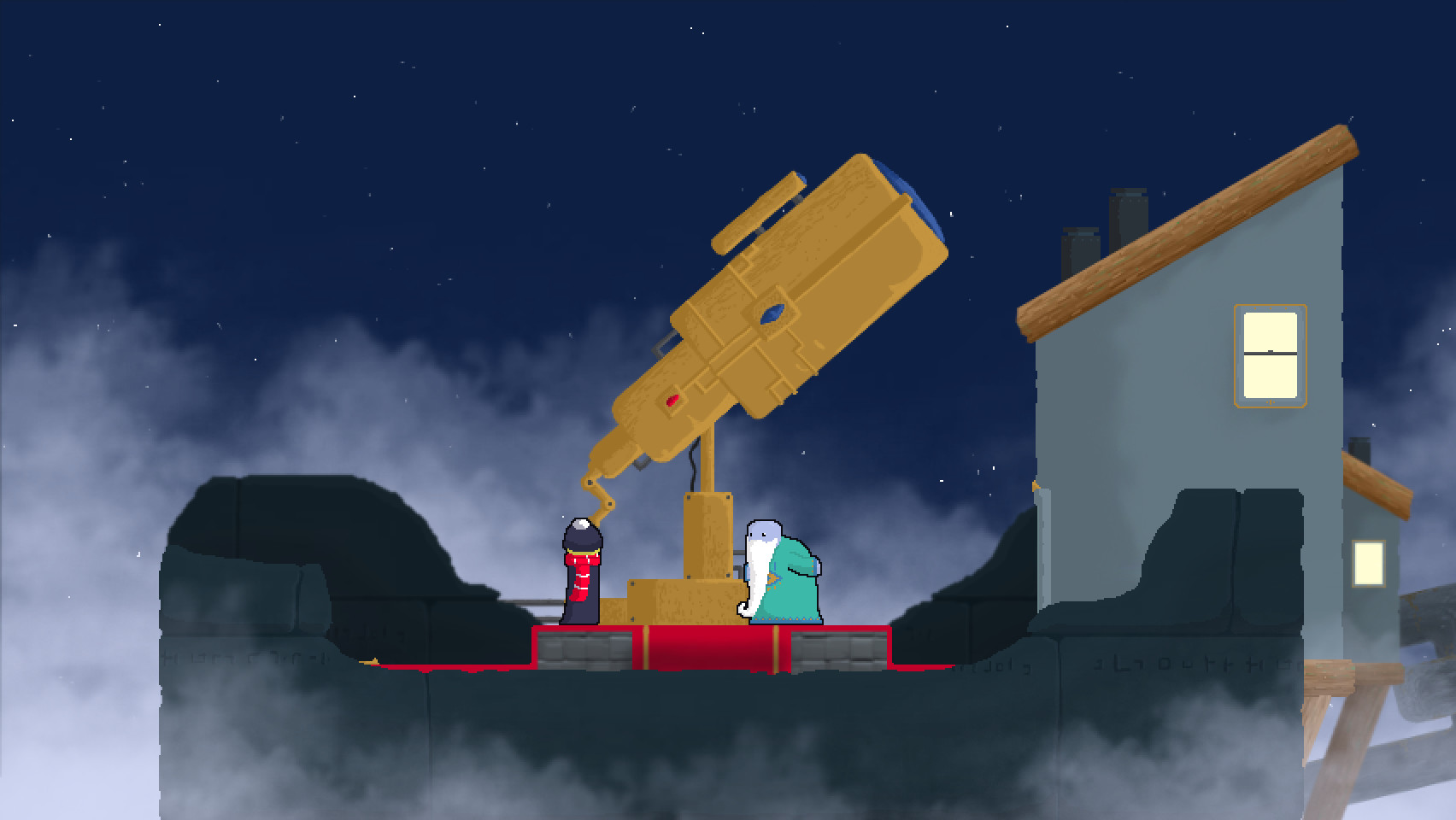 I hate to do this, but it’s hard not to compare this game to another. Eyebrow Interactive’s Closure was a game that also played with light, to an extreme and complex extent. If you couldn’t see it, it really wasn’t there. Blink takes the fundamental principle of Closure, but layers on the mechanic of duality. This is great, but I never felt like I was playing a game that was breaking new ground. It’s mechanic of duality is fine, and it’s mechanic of light play is fine, but the whole is not much greater than the sum of it’s parts. It is nothing more, and nothing less. It felt like there was such a wide range of mechanic that it did not play with. I do not think one should judge the quality of an experience based on what it is not, of course, so I do think this may be personal projection. Playtime clocked at about two hours, so I may be hesitant to purchase at full asking price.

Blink has a fun mechanic, and uses it. The puzzle design is engaging and uses its core mechanic to a healthy degree, if perhaps a little easy-going. It’s a fun game, but you likely won’t feel much of a need to return to it. As a whole, it is inoffensive and average. It is a good game, but not a great one.

(Blink was played on a Macbook Pro for this review. Only known issue was poor gamepad support.)