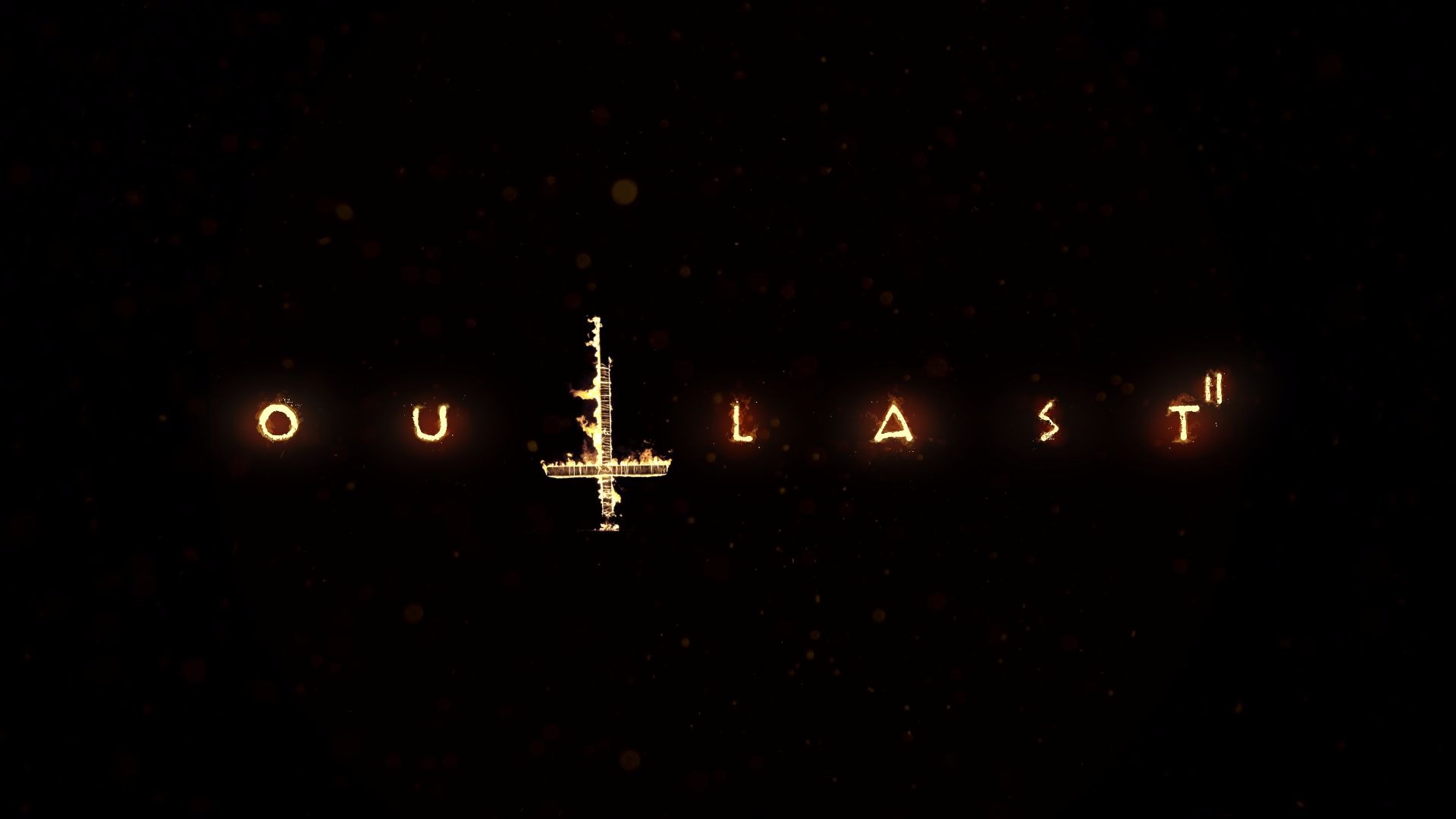 Set deep in the wildlands of Arizona, you and your wife are the reporters looking for the story of their lives when everything goes wrong. Equipped with only your video camera, you venture into the darkness towards a town which lights you see in the distance…

Beautiful nature of the countryside

I recently finished Resident Evil 7 and these two have a lot of common in terms of the premise and overall setting. A secluded location with crazed people, a missing wife and a normal guy trying to survive and find her. There isn’t any combat in this game other than running away, but that wasn’t a surprise for the fans of Outlast.

Before buying this I checked out the requirements and they were surprisingly low, but the graphics in the game are great for the most part, the only part that bothered me was the scene at the school. It seemed like the graphical quality went down a notch. Most of the game is played in dark places, and using darkness is an age-old trick to hide the not-so-sharp textures to make them look better than they actually are. At the school, we had many light sources giving us a proper view of everything around us. It isn’t a bad thing, it makes the low hardware requirement possible while still retaining a good looking and a smooth running game. 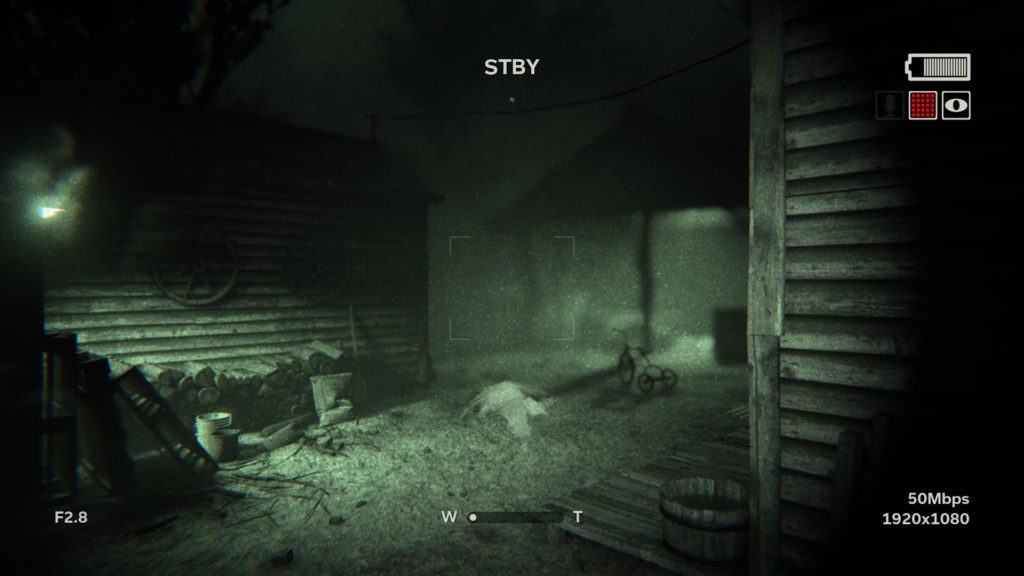 The village itself passes as a remote, secluded village aesthetically and I liked spending my time exploring every nook and cranny of it. Those dilated wooden shacks, most of which you can get into to learn the lore by notes from the residents or find those precious batteries/bandages. Even though the stages are pretty linear in the end, there’s still a bit room for exploration. I found a few cellars and houses that were off the beaten path which offered me items or notes. It took some effort to get there at times, and I often found myself wondering why I was even going to a place that looked like a dead end with crazy cultist chasing after me. But it was a positive surprise to actually find something at times. They’ve also succeeded in creating the illusion of the areas being bigger than they actually are, and disguising the linearity.

The details that added also deserves a mention. There’s an actual test paper on the teacher’s desk at school among the other clutter. This, in my opinion, is one of the best examples of their love of detail. And why do I know this? I love to look at everything in games.

The controls are tight, this is extremely important in the chase scenes that I will talk about later. Crawling feels more like crawling than just moving around with my eyes on the ground. You will slide differently on different surfaces and there is the classic “get-more-terrified” button that’s also known as looking behind your shoulder and seeing someone chasing you. Even though the character is not an athletic soldier, he is not the most out-of-shape everyday guy either. We can run a while, and are surprisingly agile when sneaking through a window, or sliding right into an opening when full on running. Of course, games like this would be impossible with totally realistic movements, it just hit me as a fun fact seeing our everyday guy being pretty agile in certain tasks.

The interaction with the enemies is the same as it was, but with a much more open area, there are a few new mechanics. You can sneak through windows in houses, or deadbolt a door to gain a couple of seconds more time to hide while the enemy is breaking the door down. Outside houses you will find barrels, water, and tall grass to hide in. The trusty video-camera has also gotten an upgrade: there is now a microphone that allows players to pick up sounds through walls and obstacles. It makes sneaking much easier, sometimes even too easy since you know pretty accurately how near the enemy is, and in what direction. Some scripted events happen where you can’t rely on sneaking, and no matter what you do, the more powerful enemies will notice you and then you must run, greatly reminiscent of Pyramid Head from Silent Hill.

Speaking of running, the scripted chase scenes in the game are a bit of a double-edged sword. Our destination isn’t ever clear, navigating in darkness while running in the labyrinthian houses/village streets ends up with death many times until you figure out where to go. It might be as small as a broken crawlspace entrance under the house where you’d need to slide into while being chased. This eventually becomes frustrating since it’s just trial and error, you lose all the feelings of being actually scared and threatened. There were times when I just let enemies hit me, and looked around as long as possible to gain a direction of where to run next time.

On few occasions, I had to resort to a walkthrough just because I was bored. I was tired of dying and have to replay a section from the beginning. That’s when the chase scenes became fun and extremely intense.

I knew where I was going, I heard the screams behind me, saw their flashlights and ran, jumping until I slid my way to safety! I really had fun on these chases and felt the panic that I wanted since there were no multiple failed attempts to frustrate me. These were wonderfully executed and choreographed when you can run them from straight to finish, or at least almost, since knowing the way doesn’t automatically guarantee survival.  You can still be too slow and get caught. A clearer indication of where to go without feeling the need to resort to guides would have made the game so much better.

The cult of dreams

Moving away from the commonly used mental asylum setting of the first game, we move to a crazed cult. In addition to learning about the cult and its secrets, we also have dream sequences in the past at our protagonist’s school in his teenage years. Those act as a good change of setting in style and intensity. It Offers a bit of breathing space without fearing for your life and opens up the past of our hero which eventually ties up. There is a lot of familiar stuff in the plot from many cult-based horror stories, but it stays interesting until the end. Notes left by the residents to each other share such things as their mutual relationships and secrets alon with opinions and doubts about their leader, Papa Knoth. The dialogue and notes feature a lot of the word ”fuck” here and there, even to the point that I started feeling it was added there just for shock value. At some moments it felt really out of place while reading the notes because it didn’t fit at all. The plot is also very dark, there is a lot of direct and indirect hinting of sexual violence. I was surprised by this even though there is a warning in the beginning. It never goes overboard, the mature way of telling things stays constant and that makes them much harder to see unfolding. It’s best that you’d go into this game knowing as little as possible. There are few surprises along the way. It’s hard to talk about the plot in more detail without hinting away the surprises/most darkest things.

YES! The frustrating chase scenes are the only thing that are a bit bothersome with this game, but other, ise it’s a solid experience. Good story, interesting world and lore. At $27.99 you get a bit over 10 hours worth of quality horror and the harder difficulties provide a good challenge for the money as well.