This is essentially a 3D story-driven point ‘n’ click adventure with puzzle elements. It has been receiving a lot of bad Press since its release a few days ago. Here’s my take on it.

You play as Kate Walker, who wakes up in a medical clinic having been rescued from somewhere in the previous game (which I haven’t played). In the bed next to her is Kurt who has lost a leg. He turns out to be the very important Ostrich Guide of the dwarfish Youkol people, who are in dire straits without him, as he is desperately needed to oversee the impending Ostrich Migration – these are very large ostriches with woolly-mammoth coats. Kate spends some time trying to escape from the clinic, then sets off to sort things out, travelling to various places, talking to various people and interacting with various objects on her quest to achieve… I’m not quite sure what, even though I’m halfway through the game. 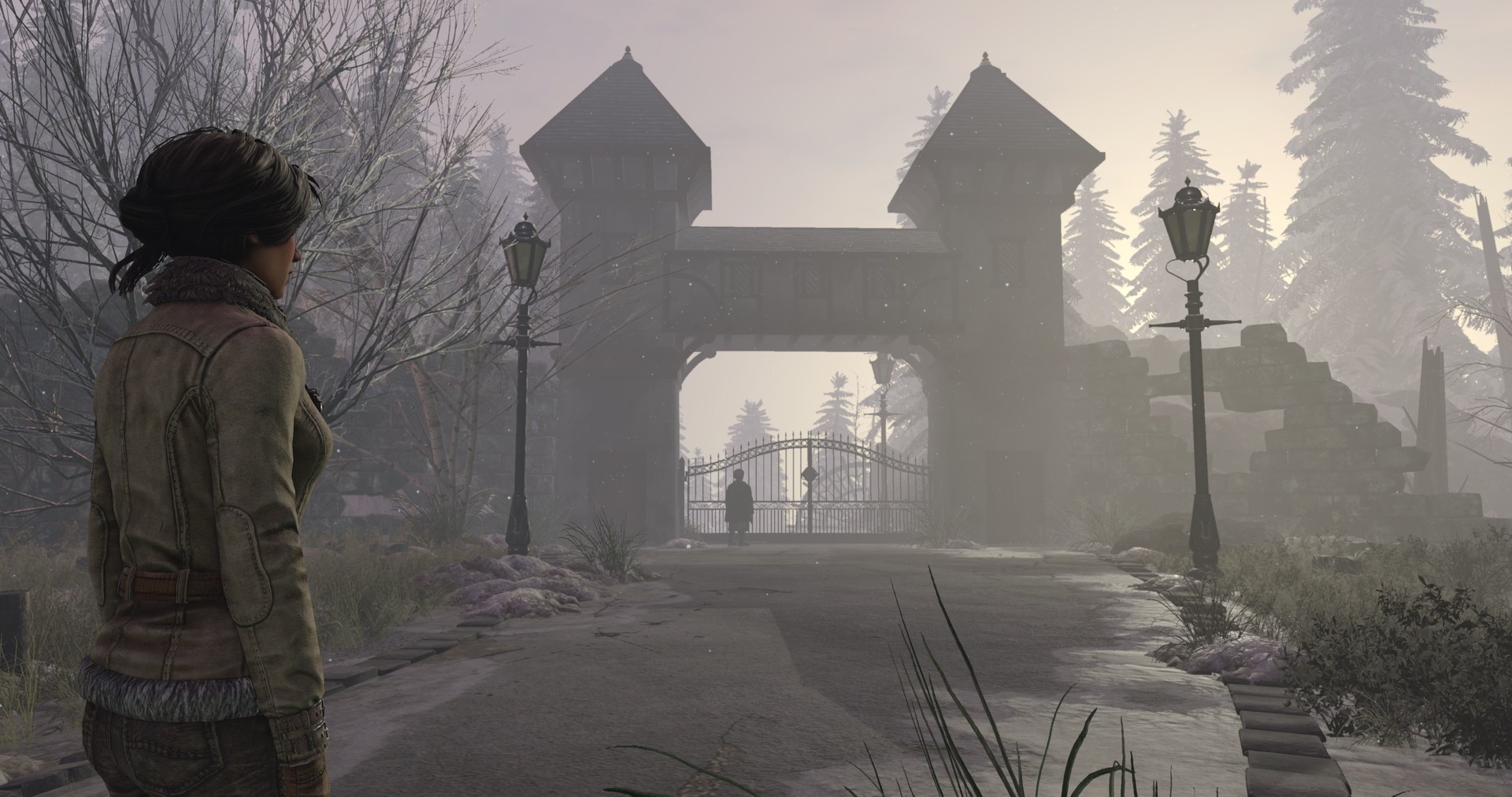 It’s a series of long cutscenes/dialogs strung together by tasks and puzzles of the type you’ll be familiar with from any decent point ‘n’ click game. A lot of time is spent passively watching the story unfold and/or the next task explained via these cutscenes, which are totally devoid of any kind of humour. The dubbing is worse than a 1970s kung fu movie, with mouths flapping independently of what’s being said. The voice acting is pretty good though, they at least sound like proper conversations instead of stuff being read off a sheet, which some games are guilty of.

Sometimes during a conversation you have to select between 2 or 3 different responses but they have zero effect on the storyline, apart from eliciting different reactions from the other character, resulting in the same outcome. Waste of time if you ask me (or push me, or cajole me…)

Controller layout is good and the on-screen button prompts make everything very easy and intuitive, but the right-pad is a little clumsy for targeting interaction points and I often found myself reaching for the mouse.

There are no manual save slots in this game, it’s all auto-save and you can play only one game at a time. If you want to stop at a certain point in the game and save it for later while you start another new game, you can’t do that. 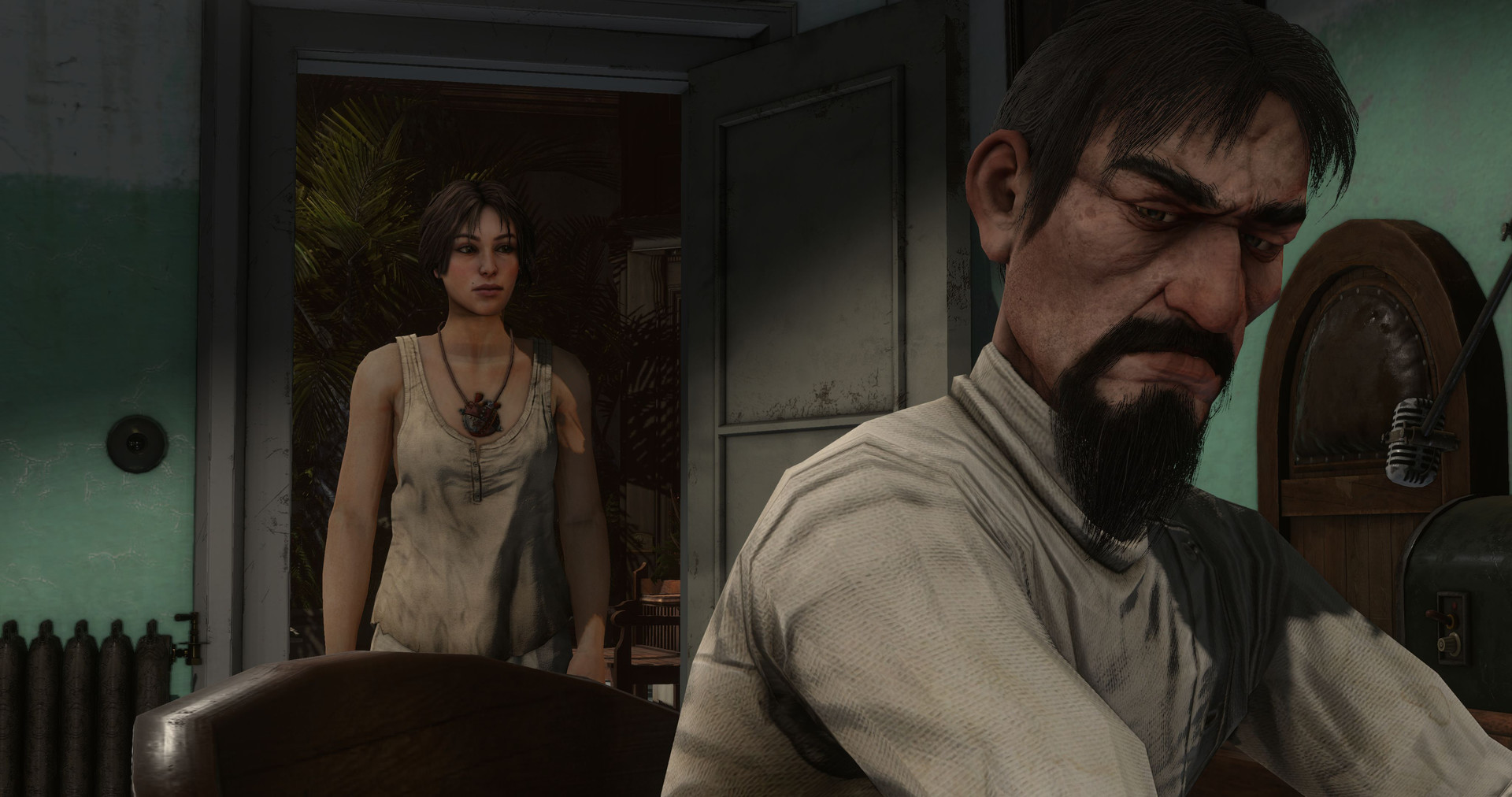 The minimum graphics requirement is a GTX550Ti which just happens to be exactly what I have (along with i7 + SSD). Scenes take quite a long time to load – so long, in fact, that when I first started playing I thought it had crashed. Character movement is laggy – there’s a delay before you start moving or when you change direction, which is a minor (but constant) irritation and causes you to bump into things.

I had no problems at all with my Steam controller, it works perfectly without any adjustments. With that said, I have to talk about the right-pad camera control. There really isn’t much of it. I’ve played other 3D games where you can turn the camera around 360 degrees, look straight up in the air etc. but here there is only a tiny amount of manual camera movement available. 95% of the camera work is auto-controlled, and this causes it to constantly switch to the opposite direction as you pass between rooms or through doorways and suchlike, so one moment you’re holding your left-stick to the left, and then you must suddenly switch to the right to keep going in the same direction. The aforementioned lag exacerbates this problem so, until you learn how to deal with it, you’re grappling with a rubber band effect, bouncing back and forth between rooms. It’s bizarre.

There’s talk on the discussion forums about Denuvo being the cause of poor performance, with cracked games showing huge performance gains. Since I’ve never played a cracked game and wouldn’t know (or want to know) how, I can’t confirm or deny this. However, what I will say is that as a Unity game, this should be a slam-dunk for a Linux version, but I’ve been denied the option of playing the game on my preferred OS due to the (Windows-only) Denuvo, so that’s my personal gripe about it. 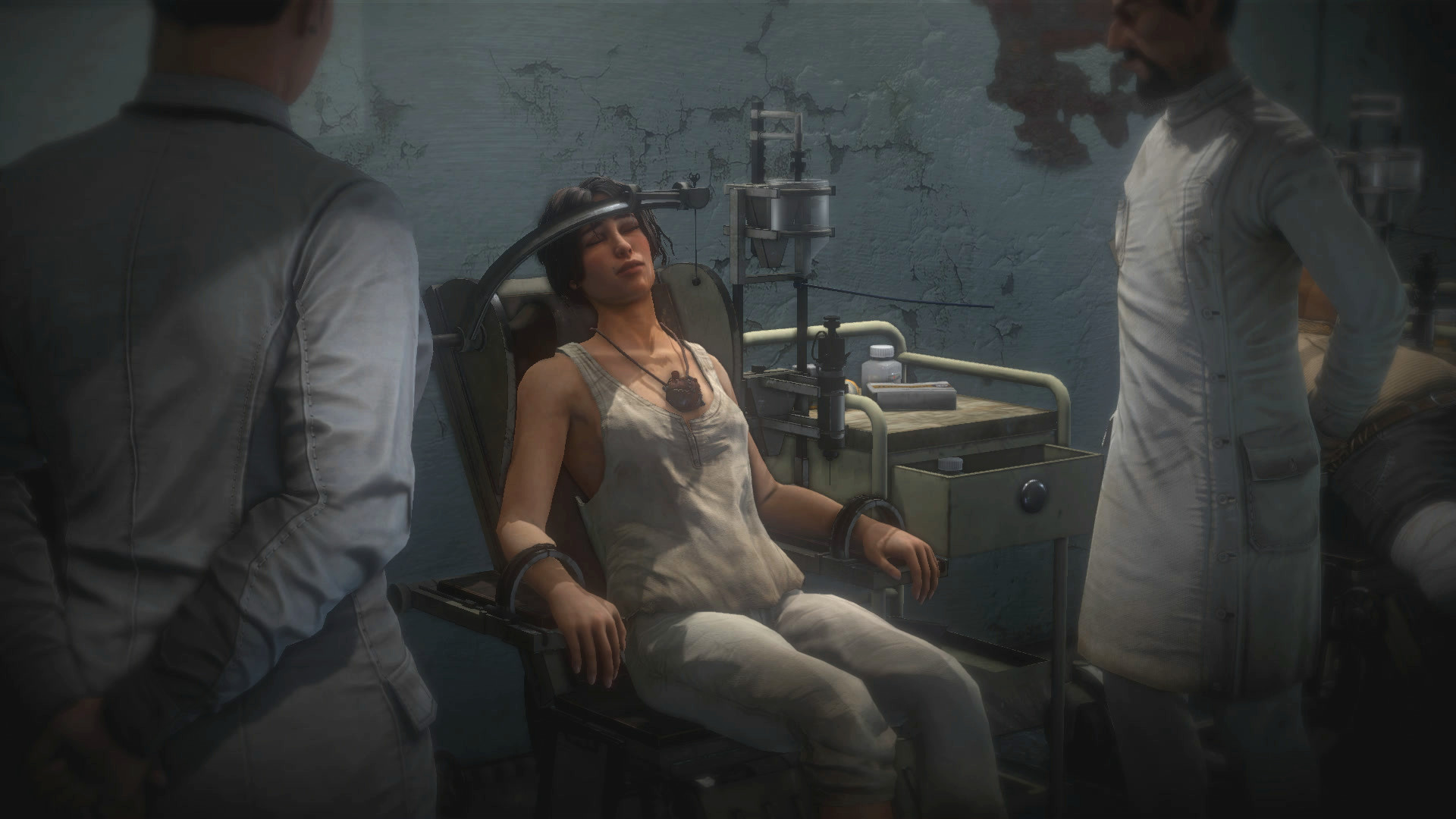 There are two options right at the start of the game: Voyager (easy) mode, which I selected, and another harder mode for Syberia veterans and point ‘n’ click experts. I think this is the same game but with fewer prompts or indicators. You can’t switch mid-game either, so choose carefully.

For the past few weeks I’ve been playing some very tough, challenging puzzle games, and I’ve also played my fair share of 2D point ‘n’ clickers (Daedalic, Double Fine titles etc). In comparison, there is very little challenge here, at least in Voyager mode – you can decide for yourself whether that’s a good or bad thing. All you need to do is wander around for a while and interact with whatever you find (within quite a restricted area usually). Apply a bit of trial and error, follow the (rather obvious) prompts and it won’t take long to solve. When you encounter a puzzle, more often than not it involves lining up or matching a set of patterns/objects/whatever. It certainly doesn’t reinvent the wheel.

The price tag is pretty steep, I wouldn’t want to pay it. I’d be happy with it at 50% discount though. There’s plenty of content, probably around 20 hours’ worth, plus maybe some replay to collect remaining achievements. 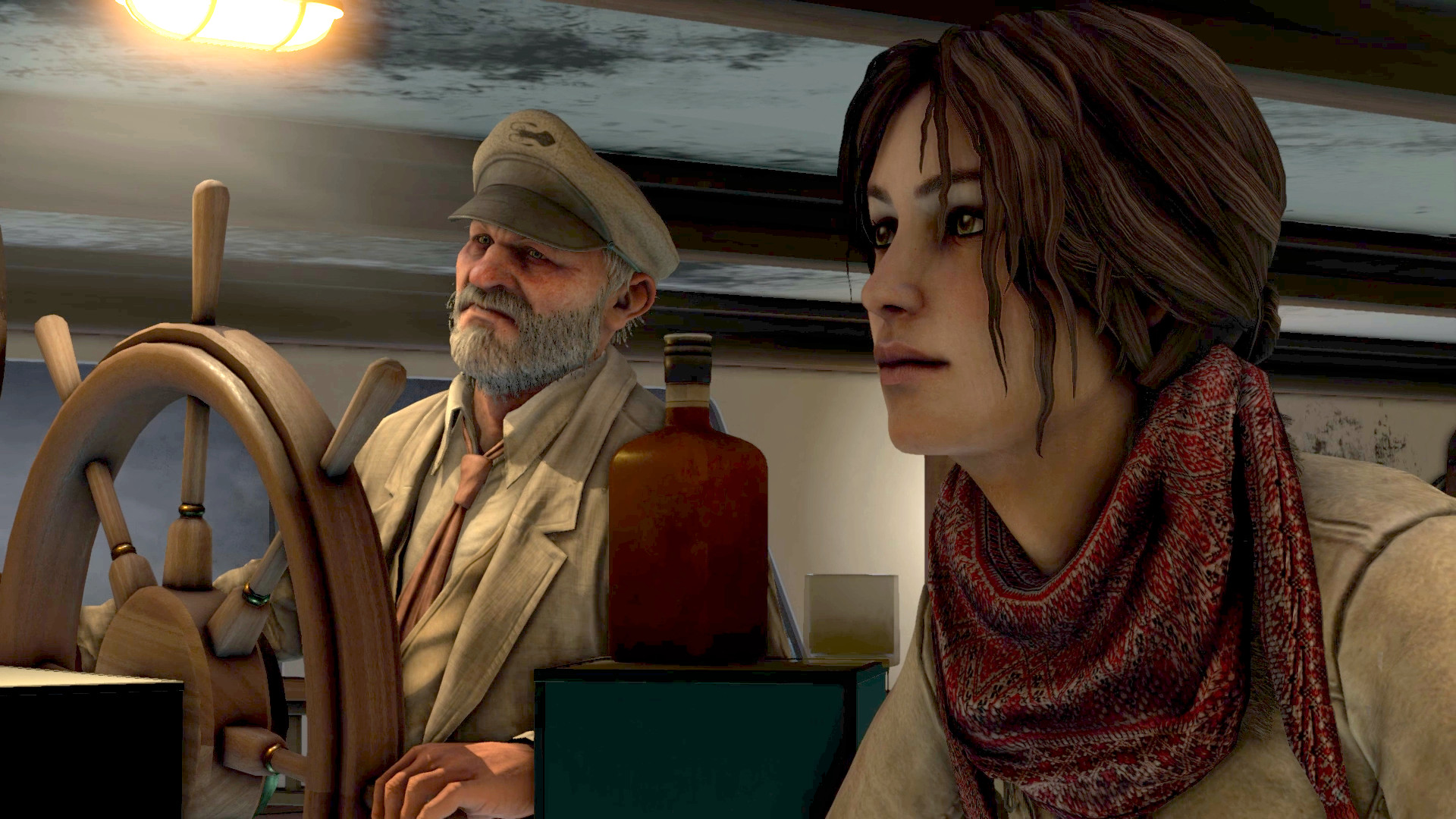 I’ve done a lot of complaining so far and by now you probably think I hate the game, but it’s not all doom and gloom. None of the problems I’ve mentioned have major game-spoiling consequences, they are all minor annoyances. The actions are comfortable and intuitive once you get used to the quirks. Graphics are nice to look at, albeit slightly dated in places. Good music here and there. Puzzles/tasks will get you thinking for a few minutes and provide some interest but I wouldn’t say challenge. Vaguely interesting characters. Storyline is certainly abundant if not entirely gripping.

All in all, there’s enough entertainment to persuade you to continue playing, and ultimately that’s what counts.

I think a large part of the negative feedback this game has received is due to the high expectations from the fanbase of the original games, built up over 12 years of development. For me, as a new player, it has been moderately satisfying and I don’t regret my time with it, but it doesn’t elicit the kind of excitement that makes me want to rush to my PC to play some more. It’s one to buy in the sales if you get the chance.